Most people looking to build in Edgewater on the north side of Chicago would pass on a standard lot measuring 25 by 125 feet, an alley aligned to its longest side.

But not architects Alison von Glinow and Lap Chi Kwong, principals in the Chicago firm that bears their names, Kwong Von Glinow.

They looked at the lot near the lake and embraced it for their new home. “We wanted to bring in light and air and make a healthy living space – and not shy away from the location and the alleyway,” von Glinow says.

How’d they do that? They flipped the traditional arrangement of placing living space on the ground level and private space atop. Instead, their three first-floor bedrooms are concealed behind an opaque cladding of sustainable Accoya Wood. On the upper level is an open arrangement of living space, dining area and kitchen, surrounded by a band of windows on all four sides – 56 feet on alley-facing side.

“Putting the living space on the second floor has done before in Chicago – by Frank Lloyd Wright,” she says. “You see all the telephone cables and the squirrels running on the wires, and you’re not looking at traffic on the alleyway.”

They renovated a three-story brick garage on the ground level. It’s next to a courtyard that connects via stairway up to the second-floor living area. Light from the courtyard floods both levels from the western, alleyway side of the home.

“People consider living on an alleyway a disadvantage but we took negative connotations and turned them into totally positive aspects,” she says. “It brings in so much more light than any other house on the block.”

The two met at the Harvard Graduate School of Design, after she graduated from Barnard and he, from the University of Washington. They established their firm in Chicago in 2017.

They don’t limit themselves to residential design. Last year they won a competition for the next iteration of the Chicago River Walk. And they’re just finishing up a renovation to the Swiss Consulate in Chicago’s John Hancock Building.

“Before we opened our practice in Chicago, we were working on stadiums, single-family housing, and museums, so our training is not just residential or renovation,” Kwong says. “We do programs, not typology.”

But this new, 3,100 square-foot home is the perfect typology for a young couple starting out with a new practice, a two-month-old son, and a 19-month-old daughter. 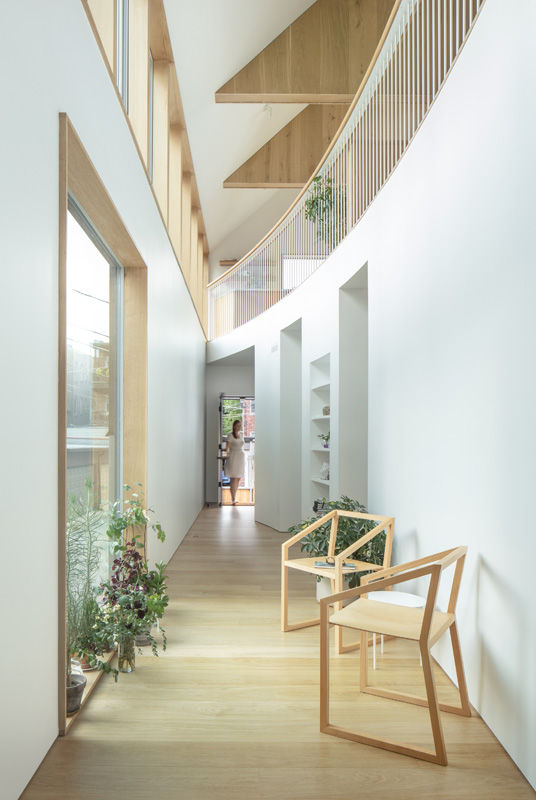 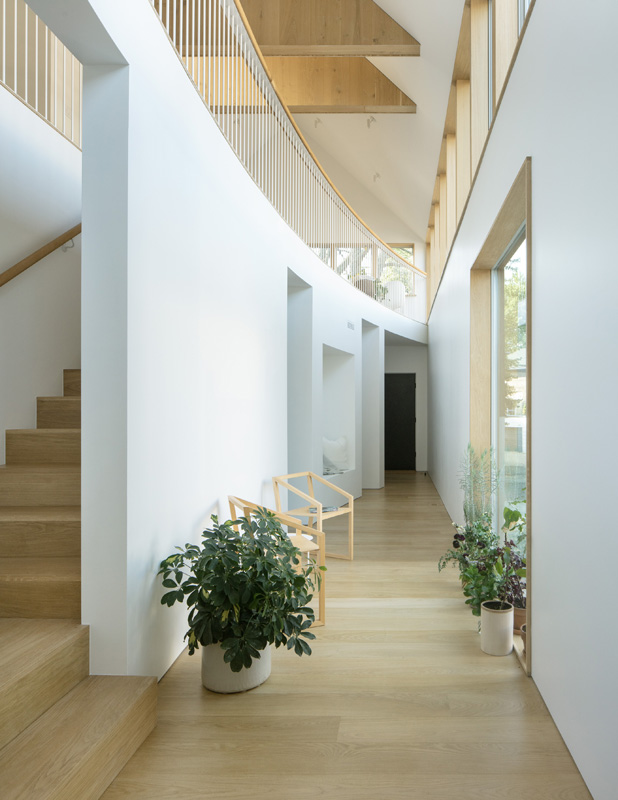 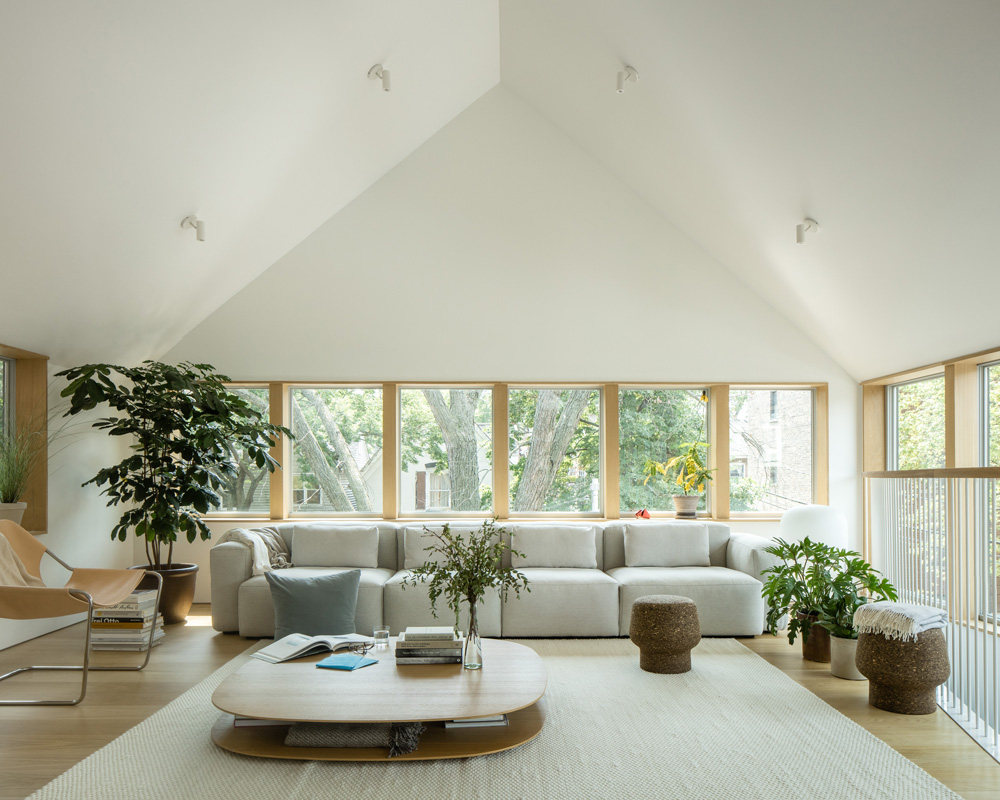 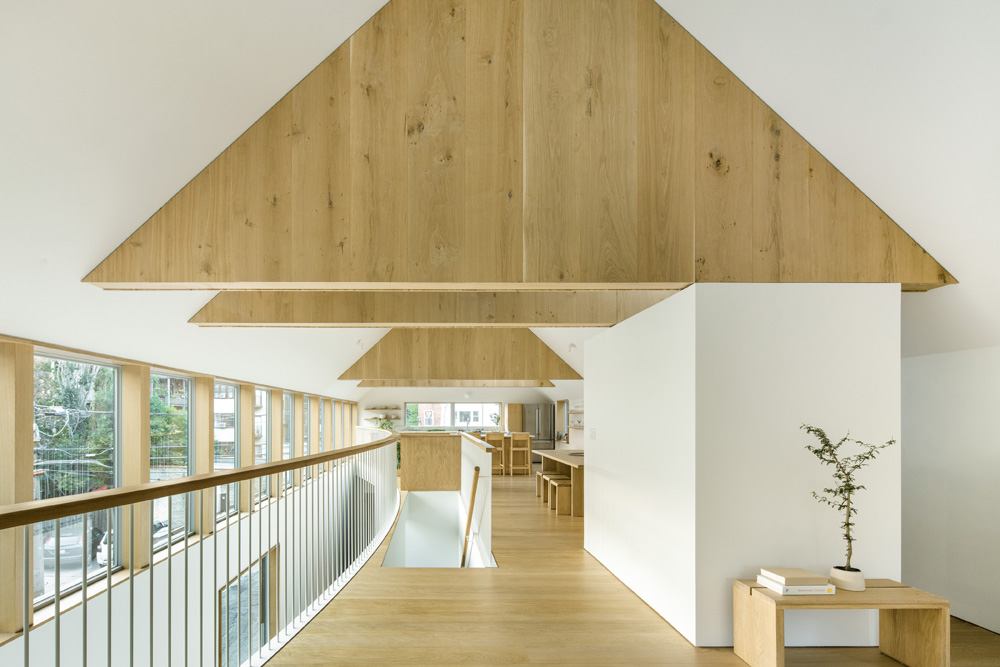 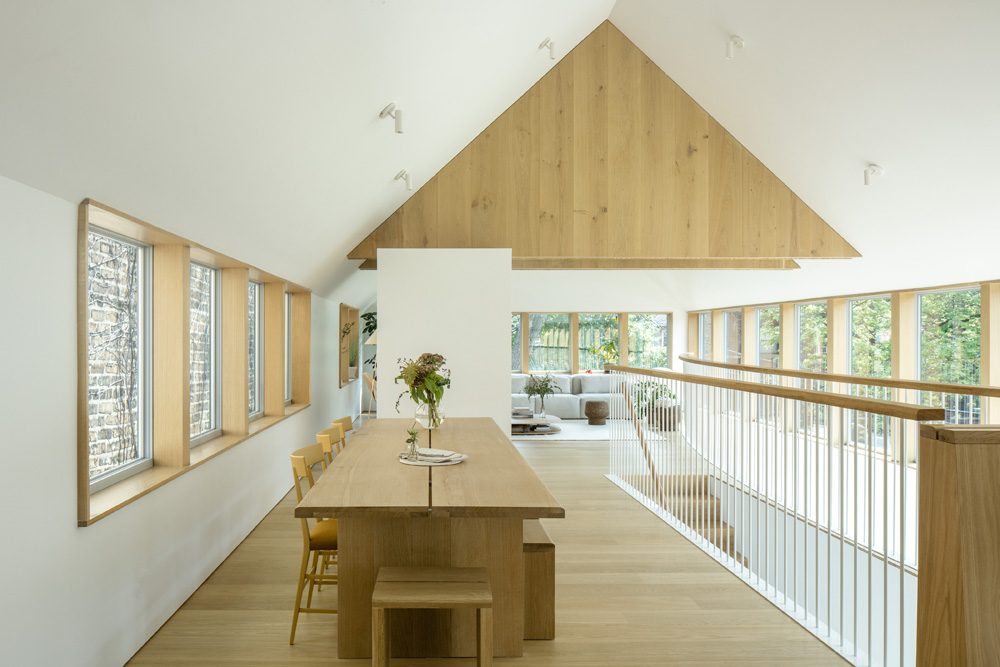 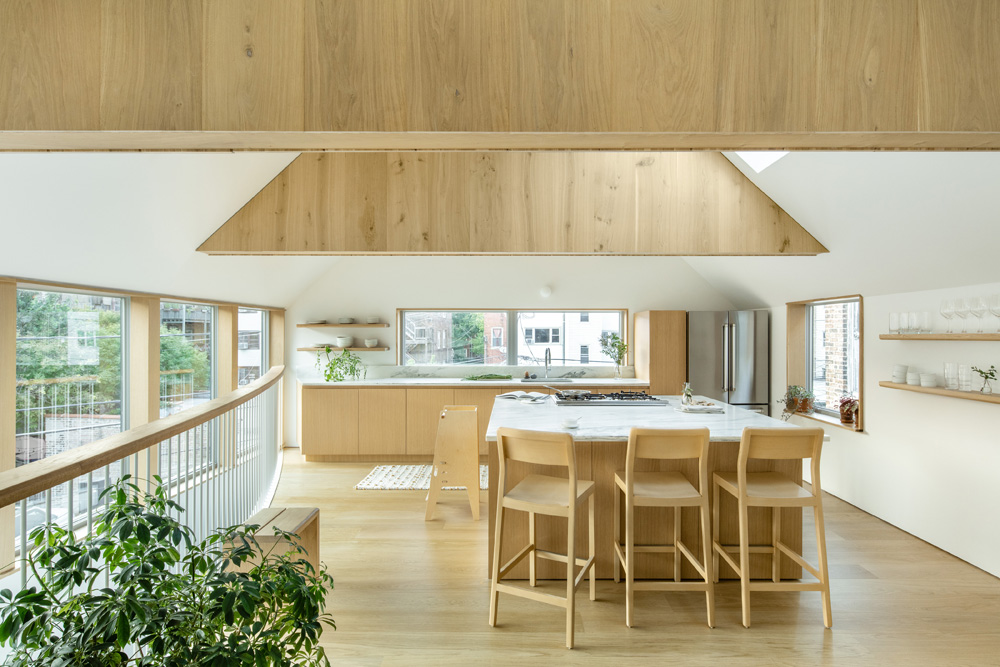 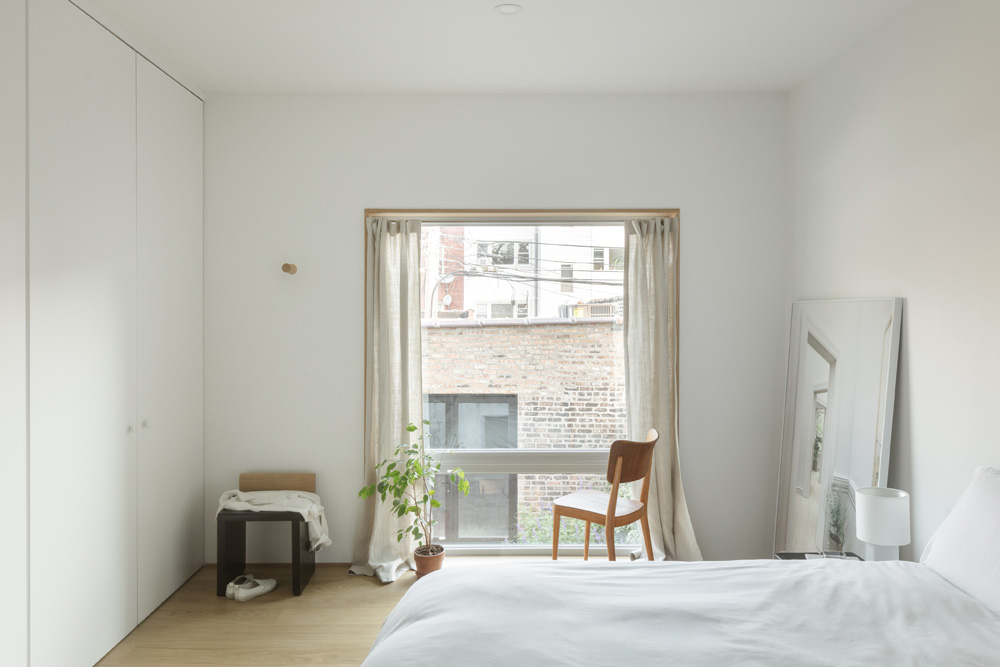 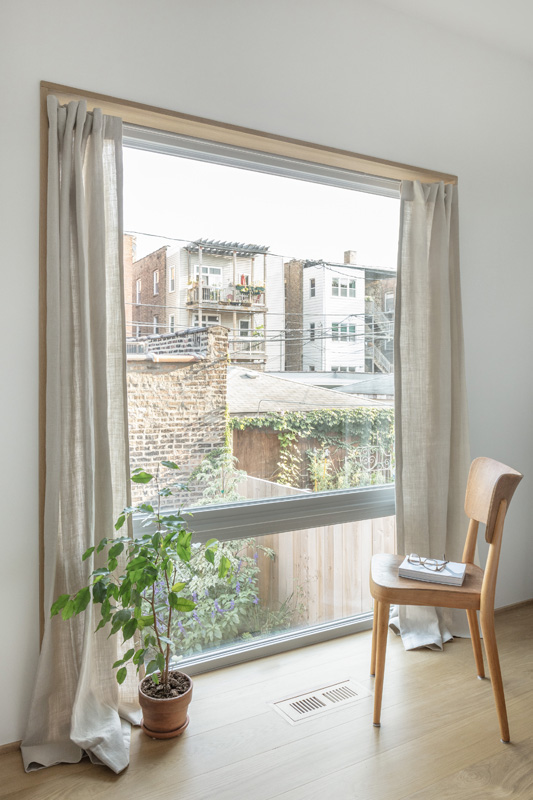 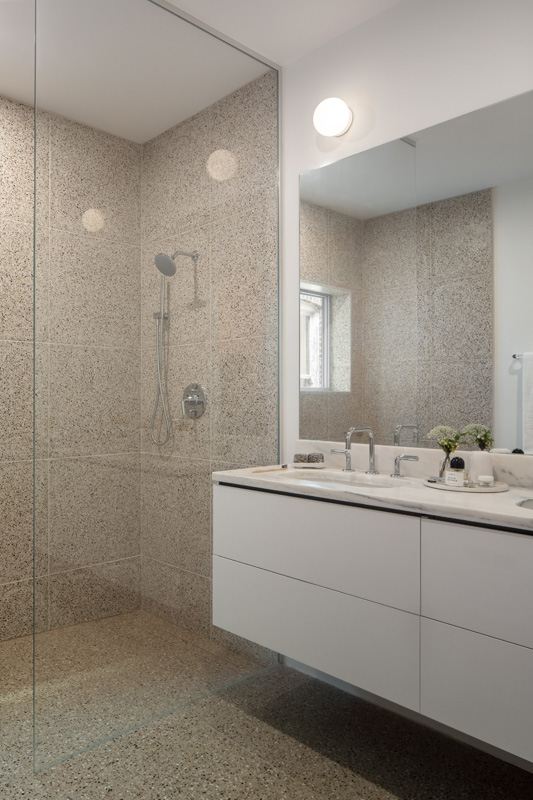 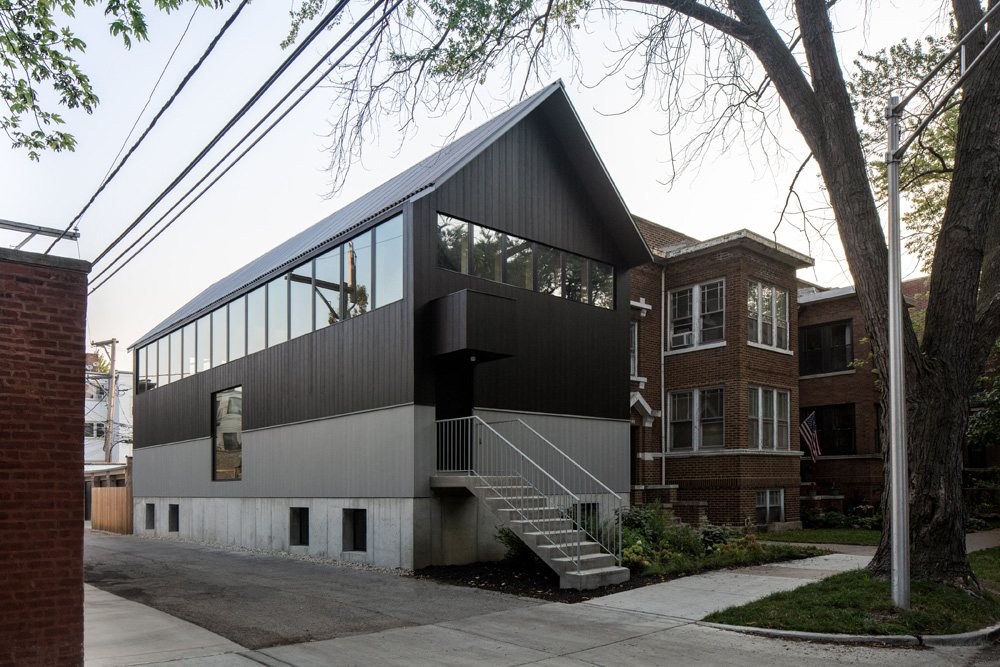 All photographs by James Florio. 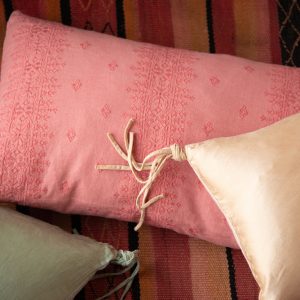