It’s a boat with a look all its own, and Pfirman nailed its design with 3,800-square-foot structure overlooking the Intracoastal Waterway.

“It’s a smooth dark box set on top of a white box,” the architect says.

Inspired by the ridges that lap the straight hulls of those vessels, the top is South American mahogany. “Below that is a channel of rustic siding turned sideways – we alternated it with one channel in a rustic groove, and then no groove – like the hull of a boat,” he says. “It’s a composite material made here.”

The home sits on a flag-shaped lot, with a long tail that leads to the buildable section – an extremely tight site, impervious and in a flood zone. The clients – a couple with two college-aged daughters – wanted as much house as they could fit on site.

And the architect wanted building that looked like it belonged on the point of a yacht basin. So it serves both an icon and a landmark there. “The yacht basin is where everyone who owns a boat floating in the town of St. James ties up,” he says. “It’s a gated community created 25 years ago.”

The views, though, are what carry this composition. Bedrooms look back to the yacht basin, while the living room has a 180-degree view of the Intracoastal Waterway. “That more public side has views of boats going by, east to west,” he says.

Porthole-like windows on the top elevation run down to the master suite. “We dropped them down to occur at face level so you can see the view as you walk down,” he says.”

Pfirman worked hand-in-glove with Wrightsville Beach-based builder Jeremy Bishop of Sterling Construction. The two have a long history of working together, having both worked at Wilmington’s Kersting Architecture. “He finished a lot of my drawings there, but I jumped ship and started doing my own thing, and then he did too,” he says. “I gave him one of his first projects.”

Today, they collaborate on a regular basis. “He’s my favorite builder,” he says. “He knows what I’ll do – it’s fun to work with someone who knows your work inside and out.”

Since he struck out on his own, Pfirman estimates he’s designed between 40 and 50 homes along the Carolina coast and in its mountains, as well as in South Carolina, Florida, and Virginia.
This one, though, may be a favorite because of how well it relates to its site. “It pertains more to the region and area,” he says. “Others nearby are ordinary and reference each other, but this one references the soul of that place.”

And as anyone who’s spent time on a Carolina barrier island knows, that’s a place like no other. 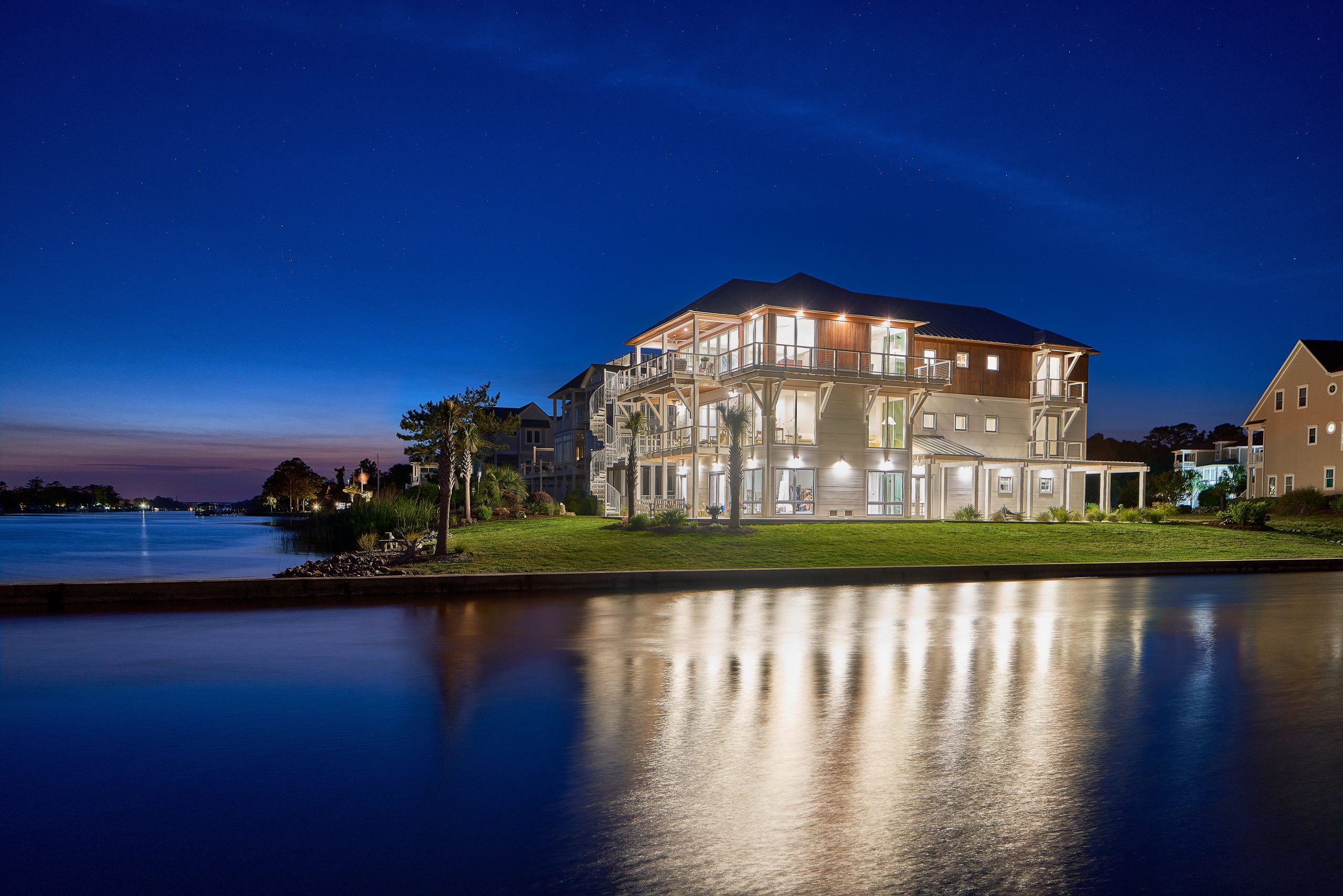 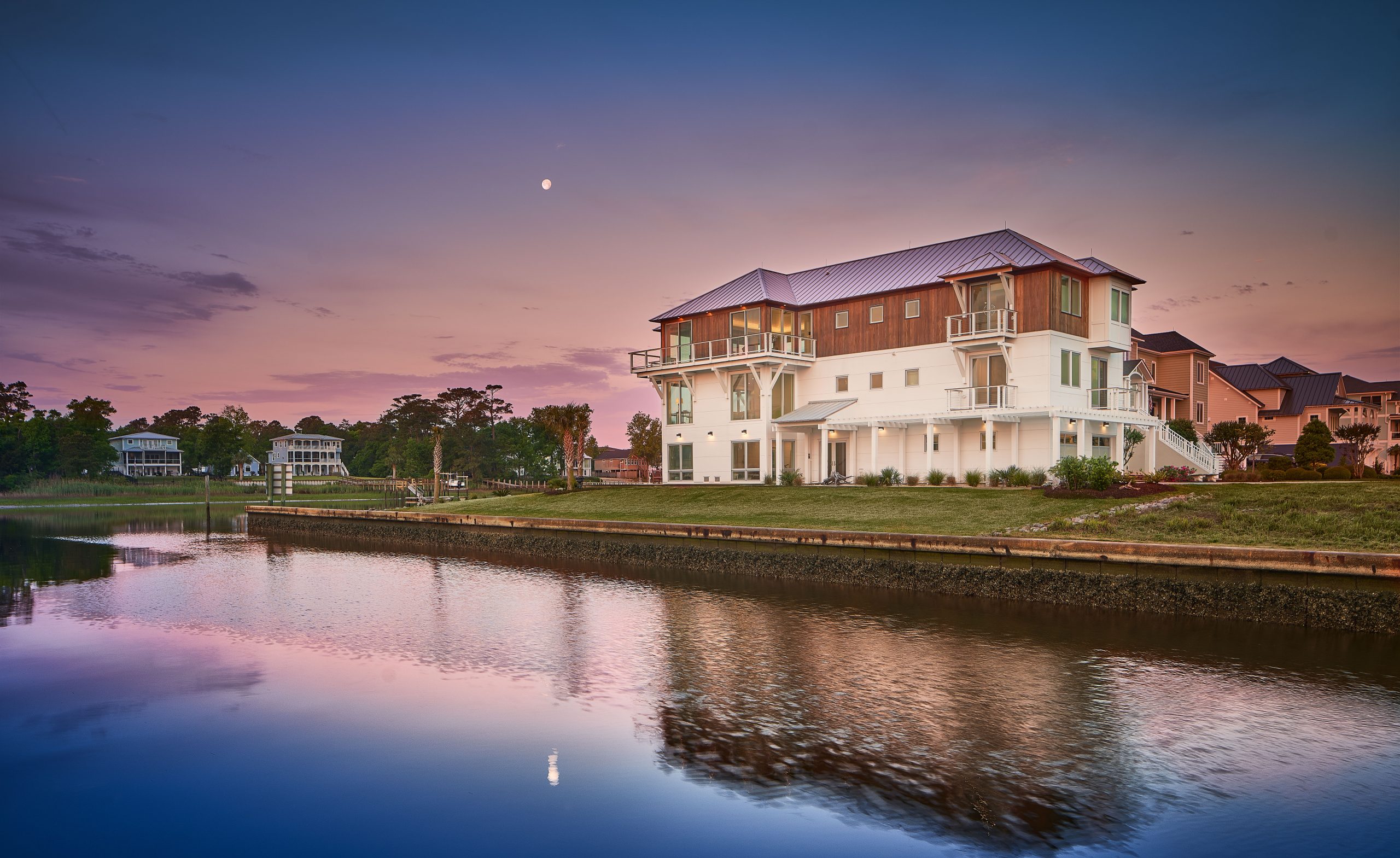 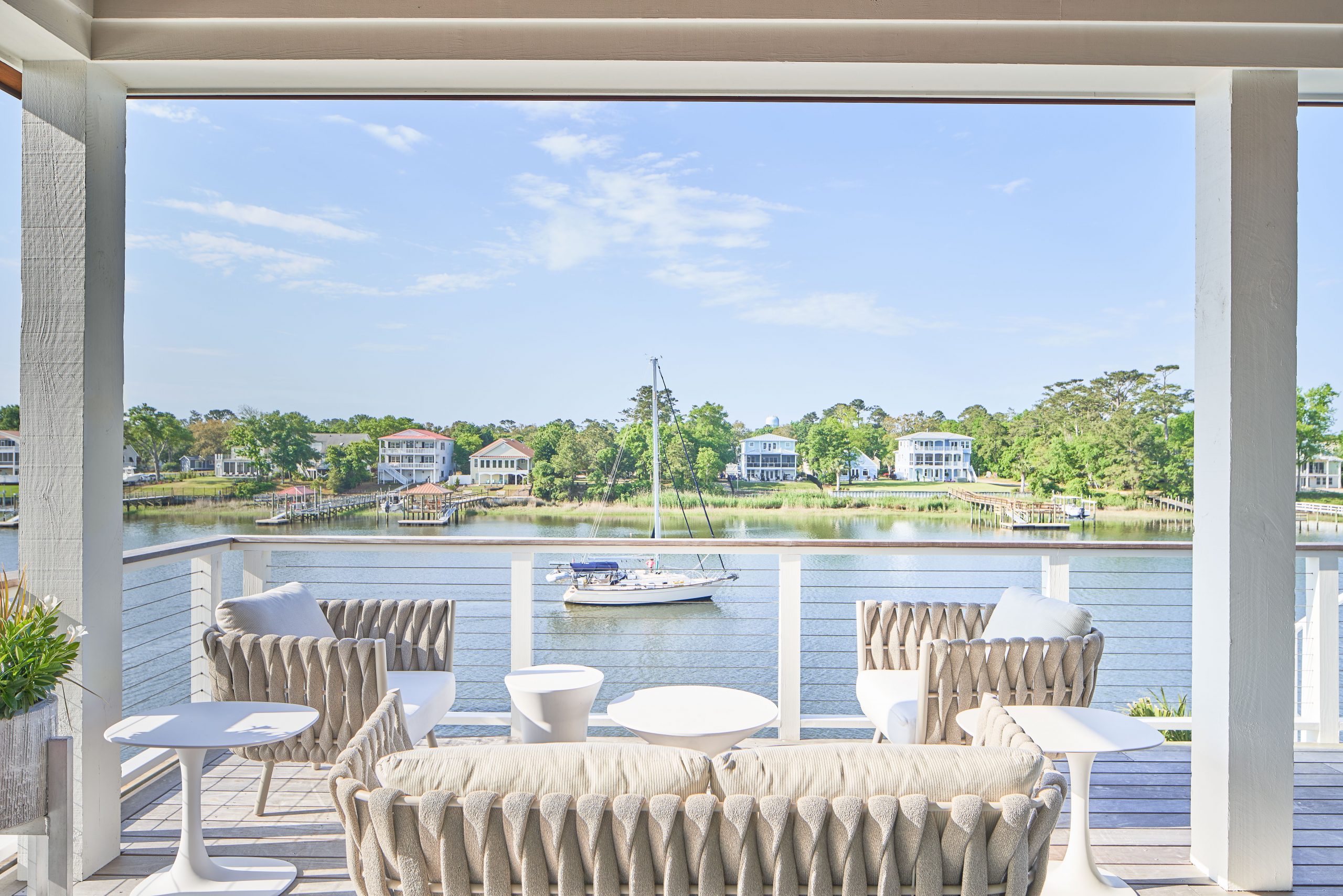 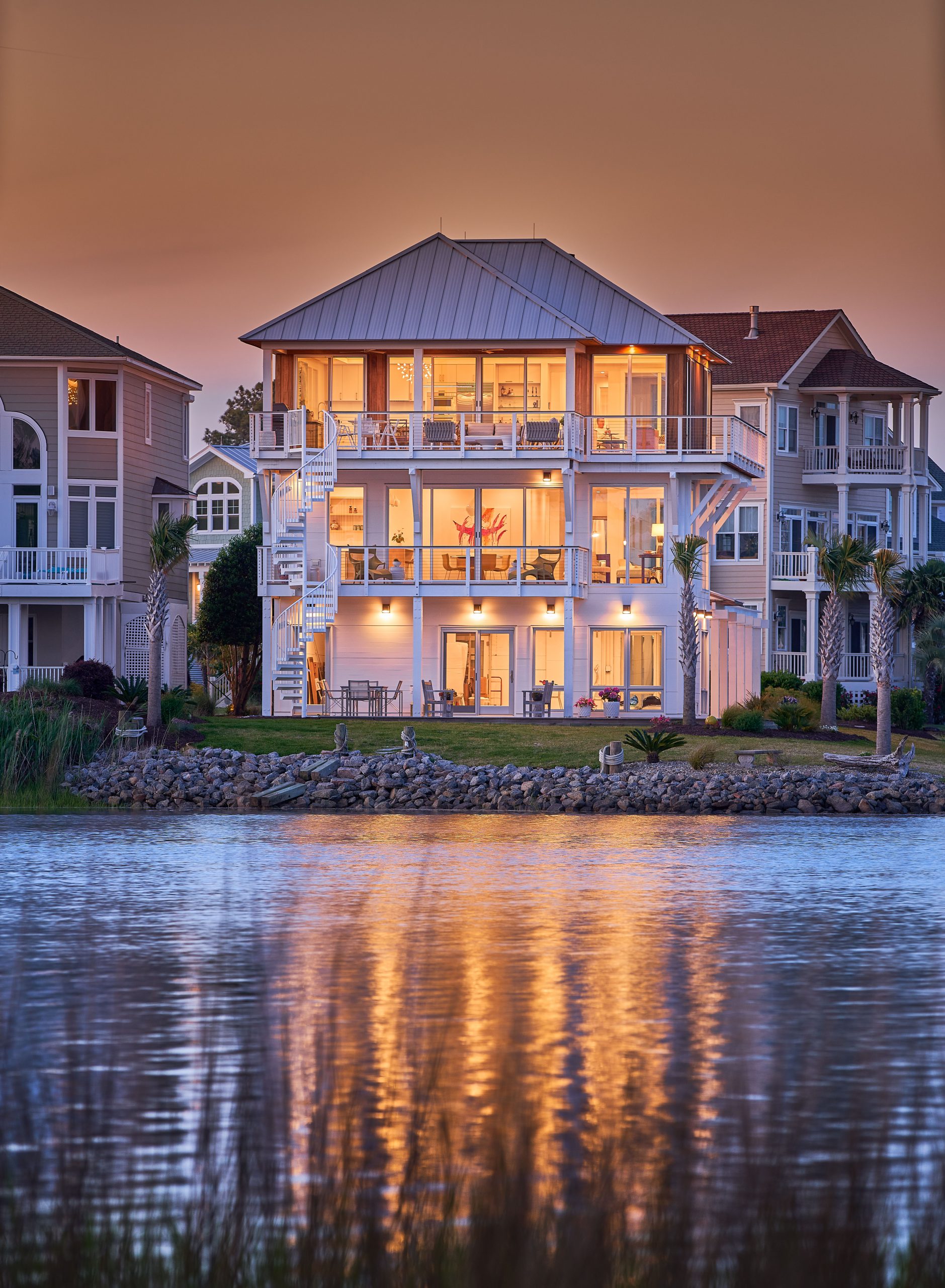 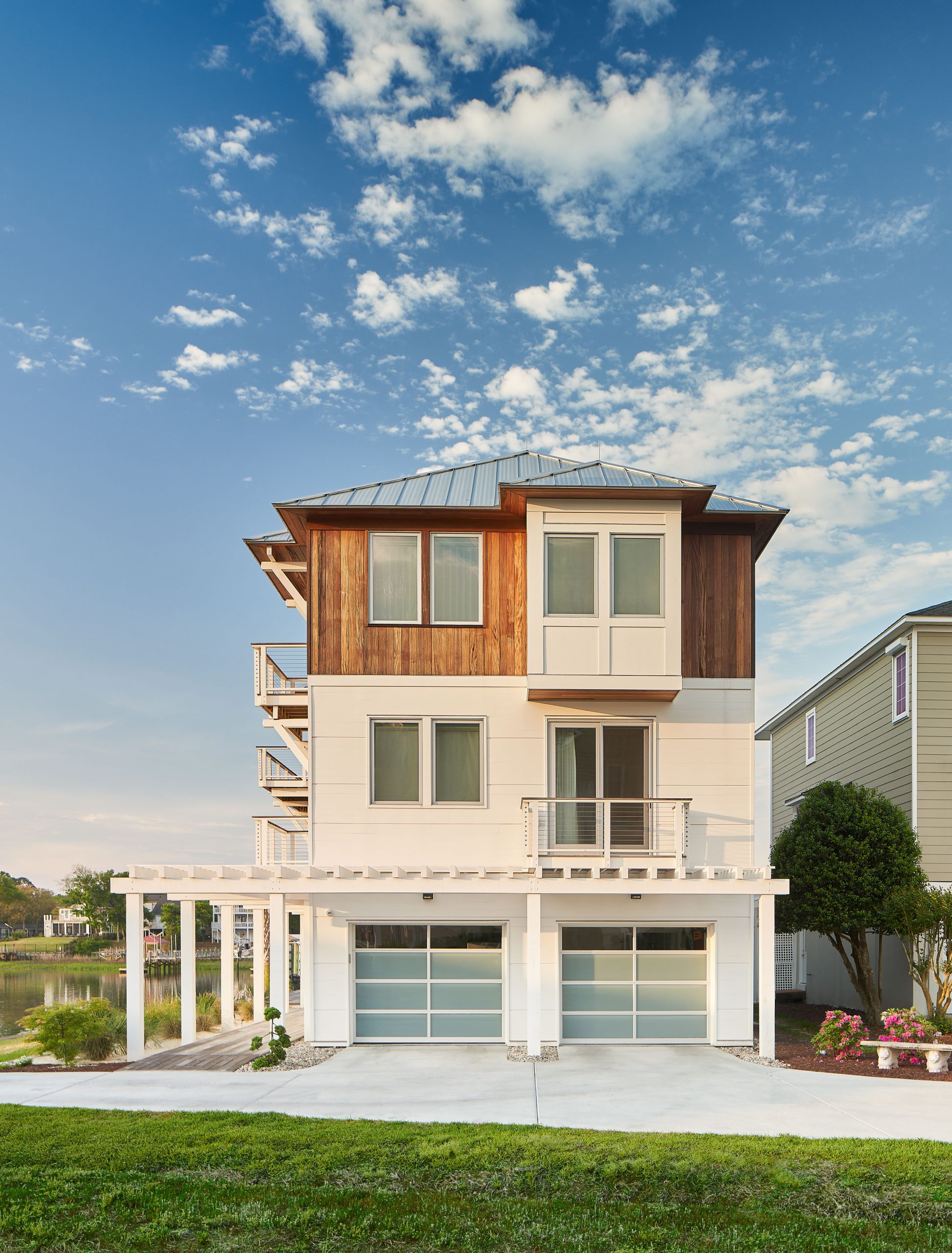 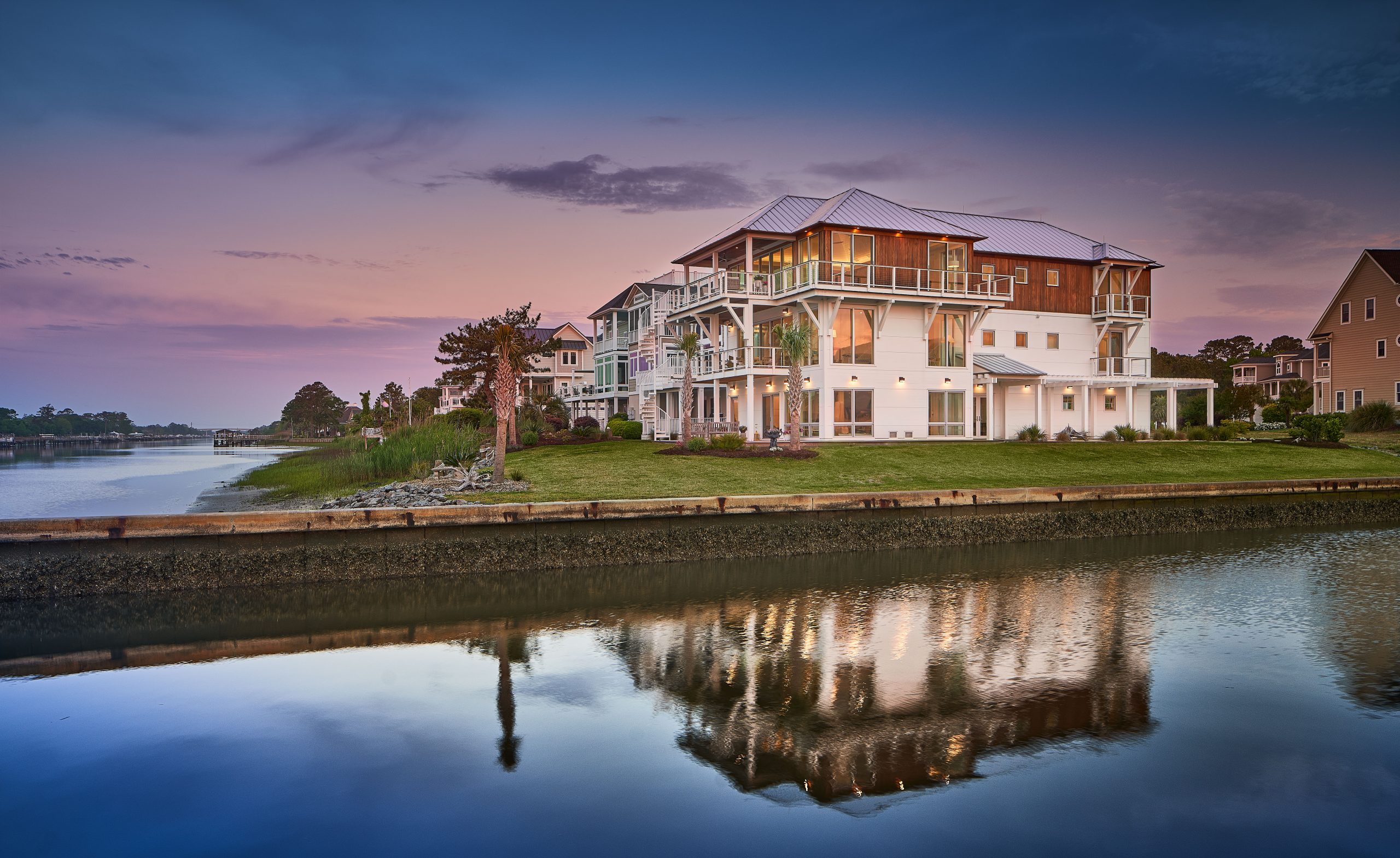 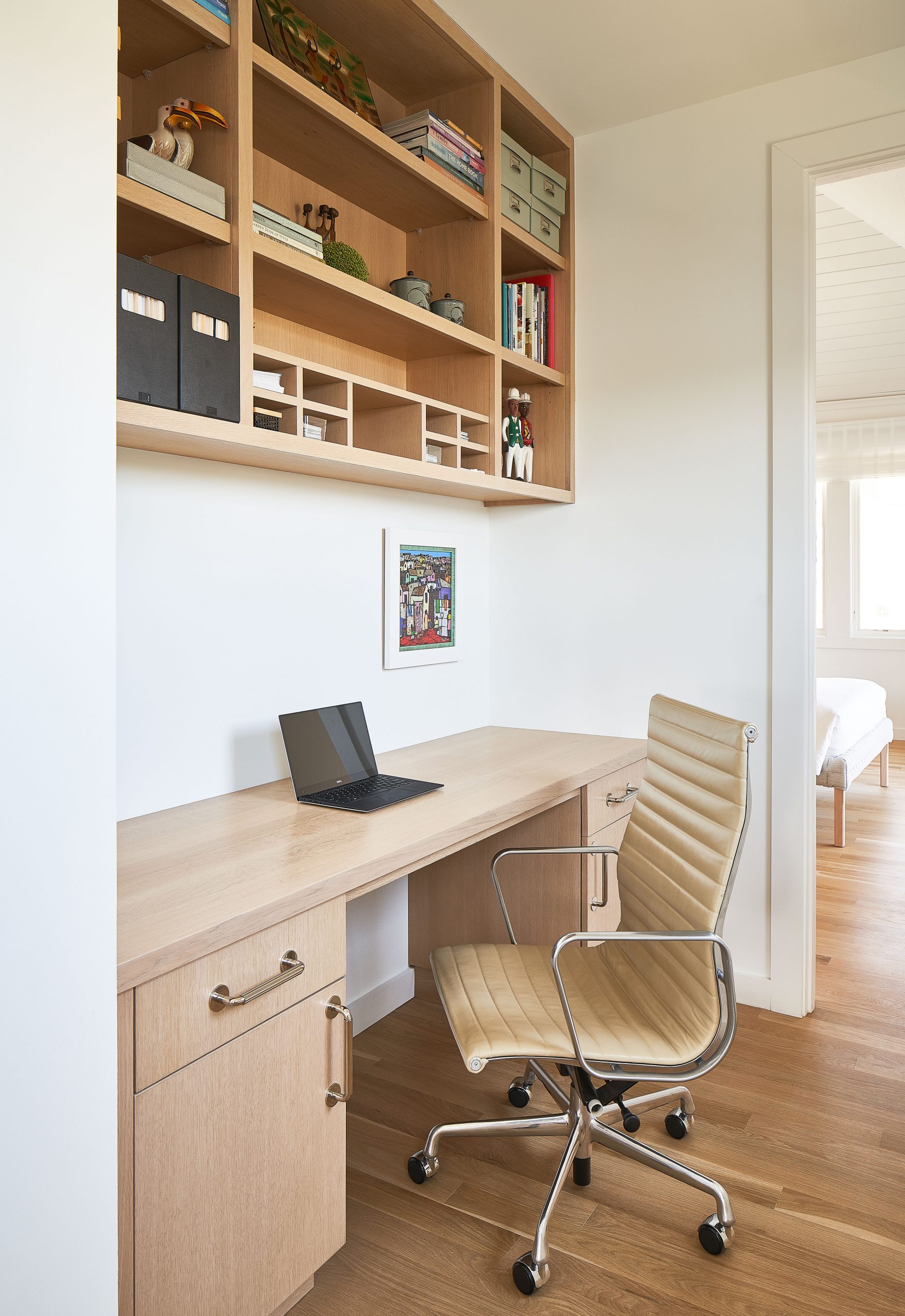 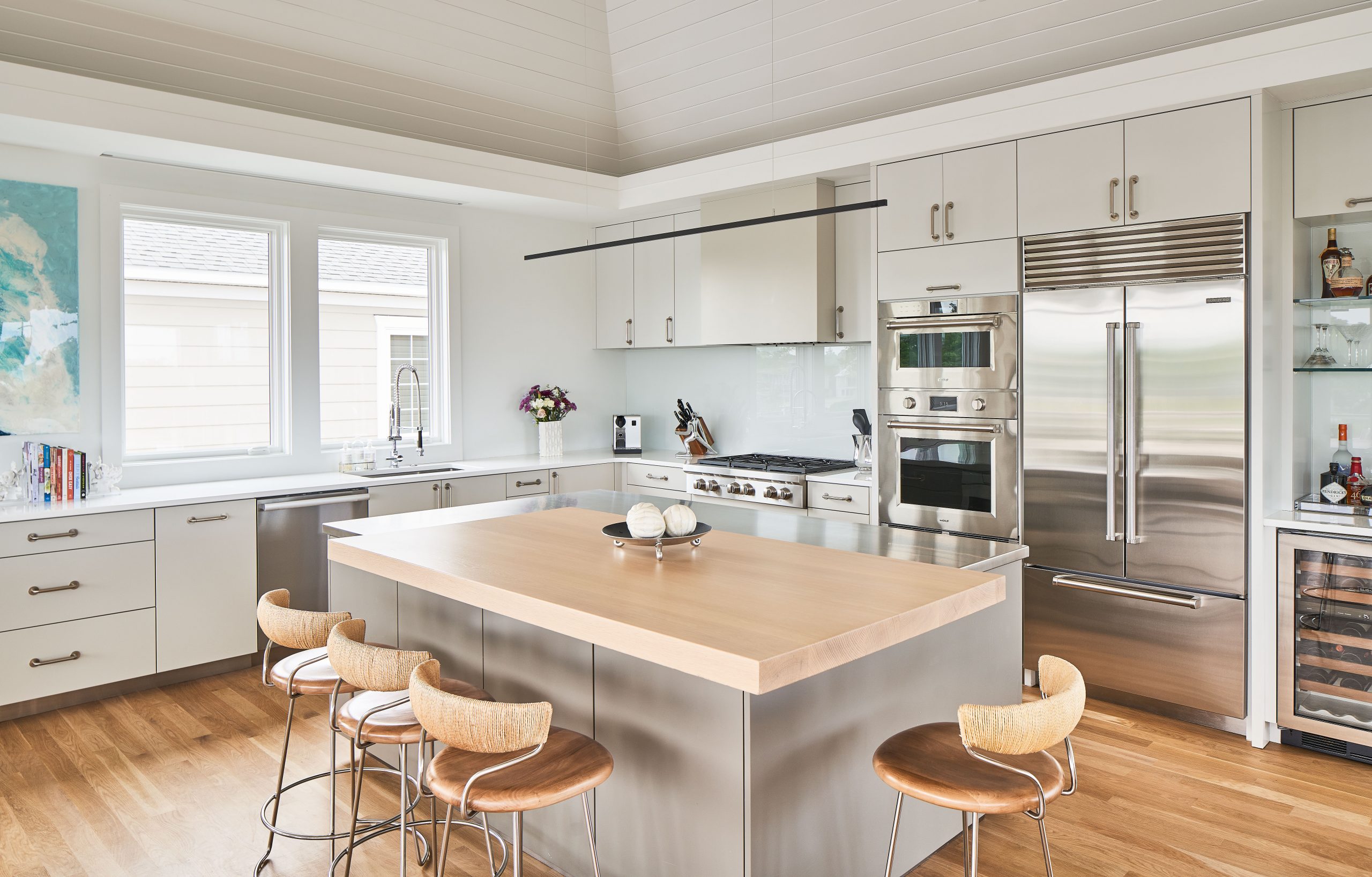 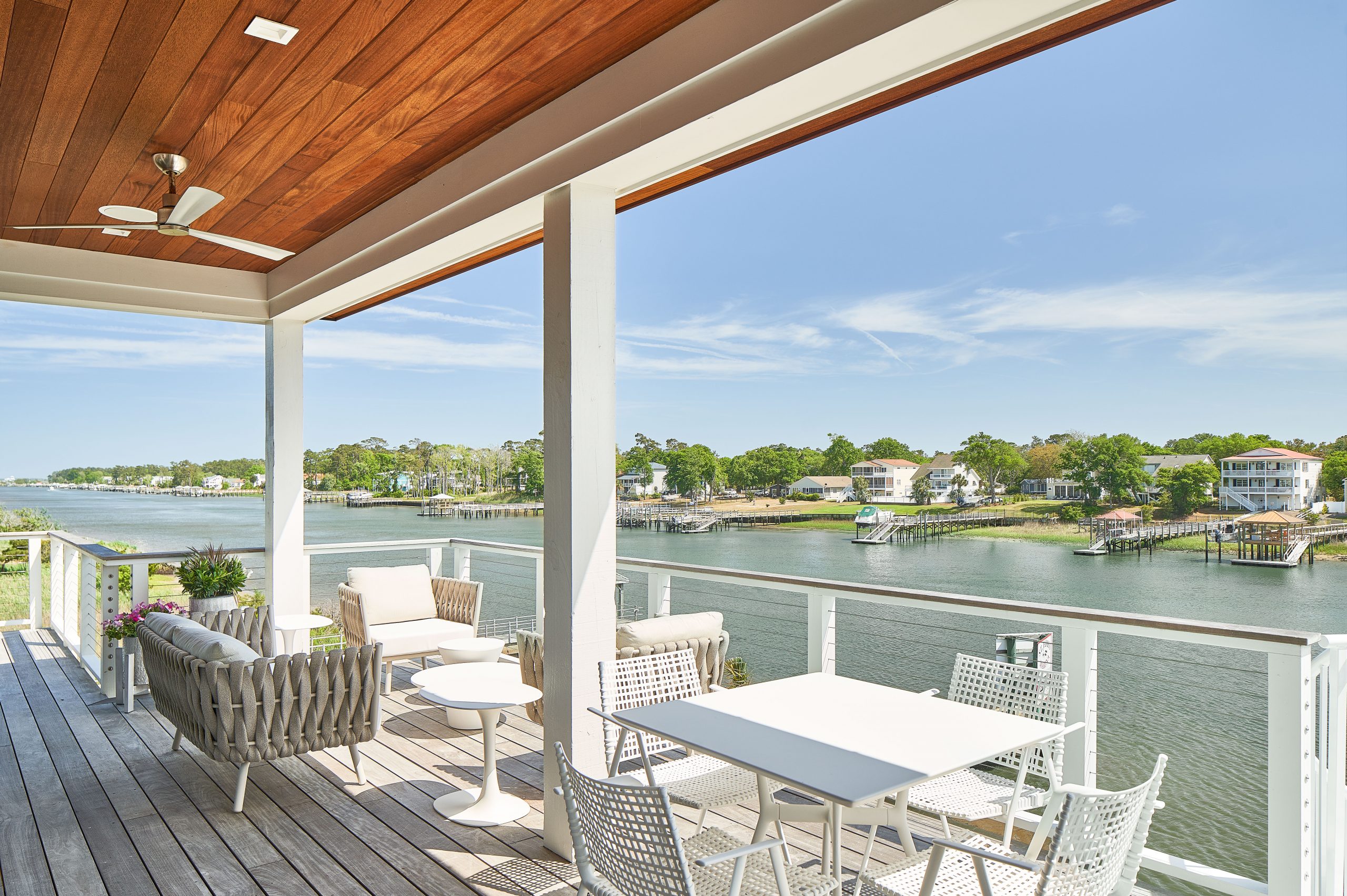 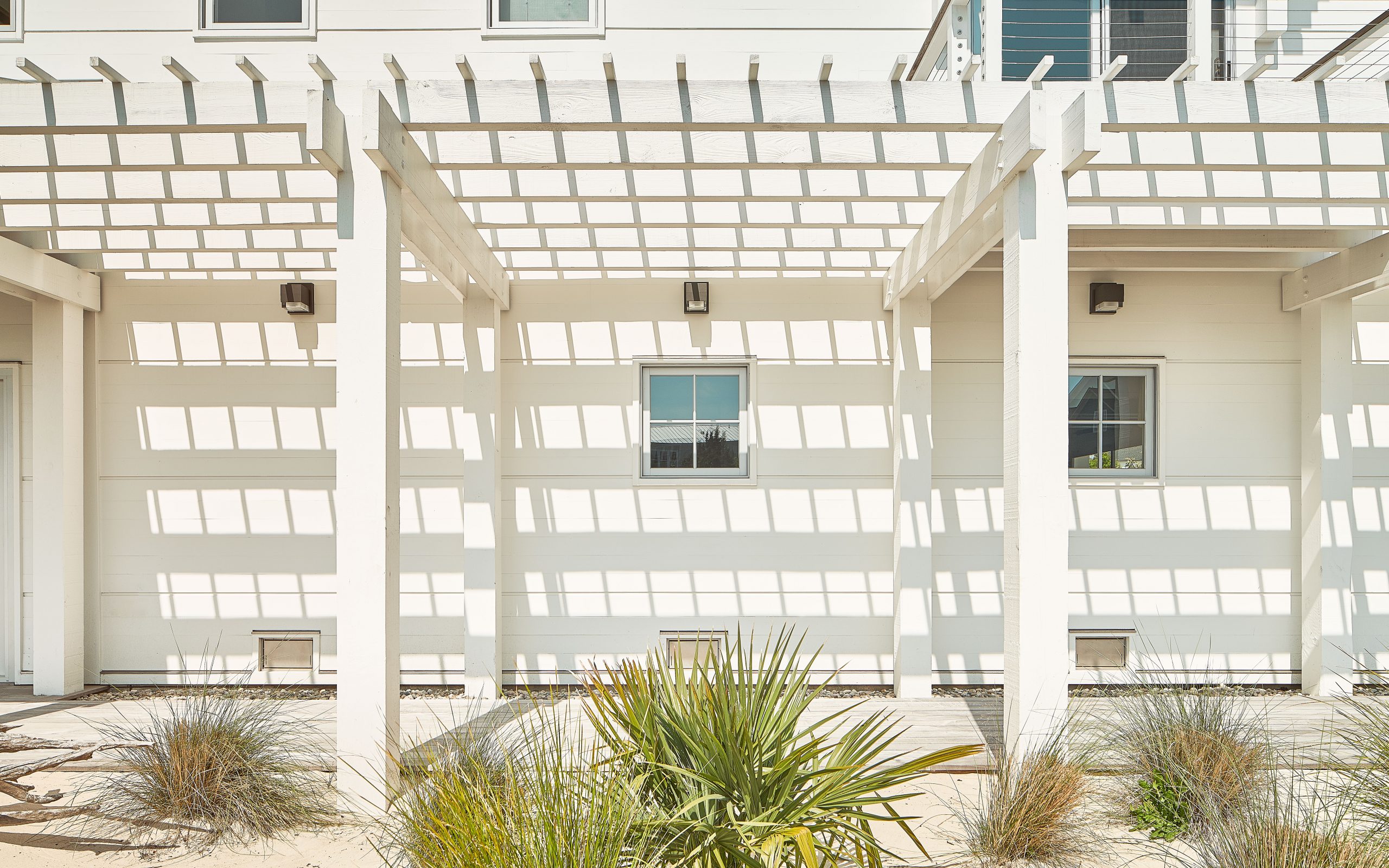 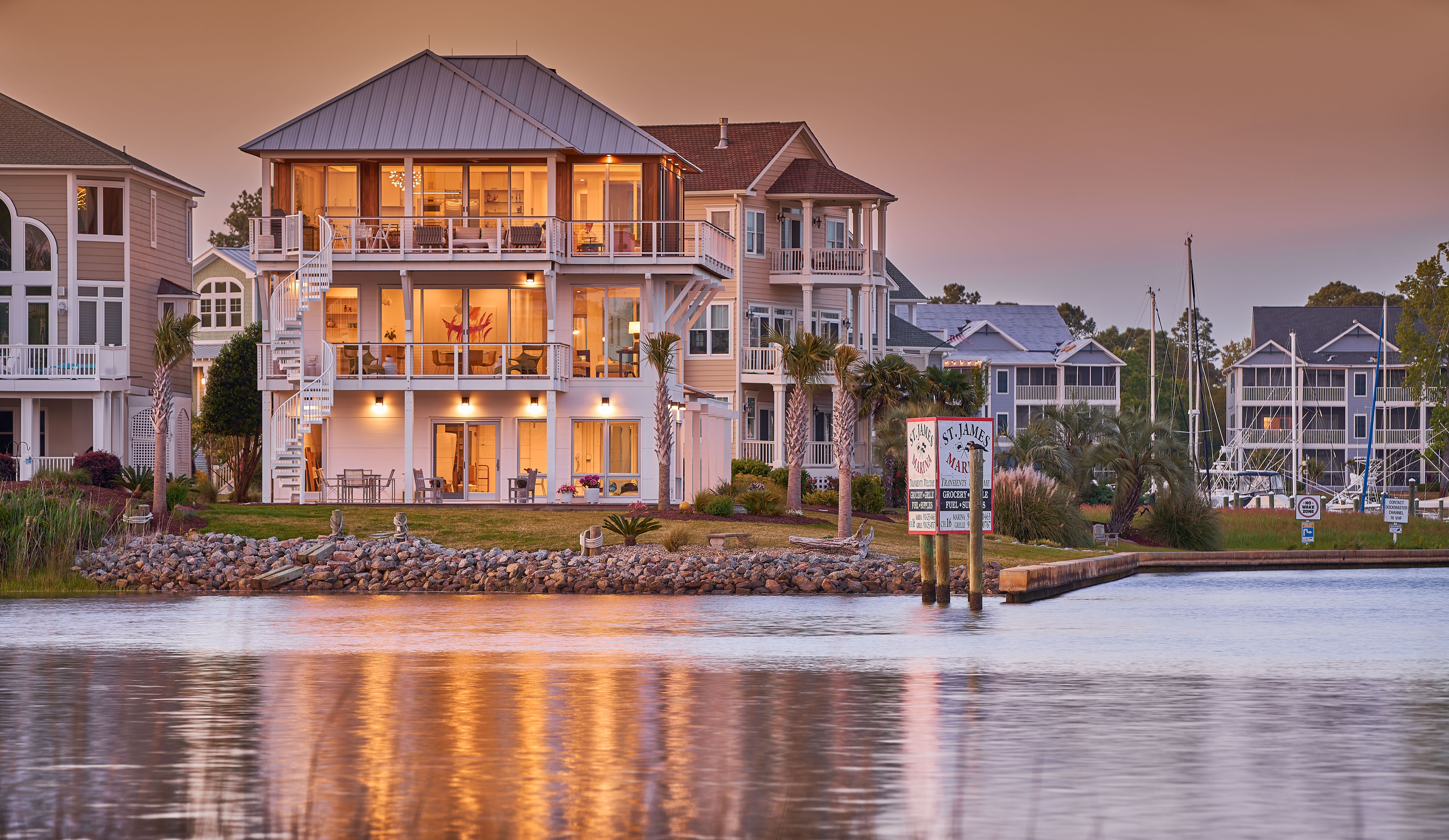 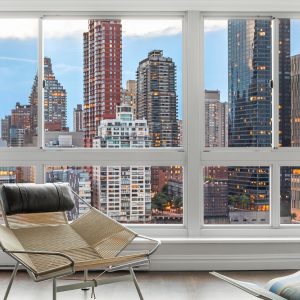 It turns out there’s more to Roosevelt Island than Louis Kahn’s Four Freedoms Park on its southern tip. There’s...