The condos at 51 Jay Street are all about a turn-of-the-20th-century industrial aesthetic.

Where boxcars once rolled in and out of a factory floor in what’s now Brooklyn’s DUMBO neighborhood, residents will soon come and go as though in a train station.

“It’s a transportation hub, if you will,” says architect Eran Chen, owner of Manhattan-based Office of Design and Architecture (ODA).

The building’s main attributes are its huge industrial windows, its high ceilings – and its industrial heritage.

ODA’s currently hard at work transforming the four-story factory for steel plates and decorative glass, built in 1900, into a five-story, 74-unit residential complex. Originally composed in steel, glass and brick, the new light-and-airy iteration is due for completion by the end of the year.

“It’s a pretty heavy industrial building with a structural system that’s impressive, and three floors plus a mezzanine,” he says.

The existing skylight, originally meant to brighten assembly lines for factory workers, is worth the price of admission by itself.

The firm’s adding an interior courtyard and a setback floor at the roof. “Otherwise it would be too deep, and we wouldn’t get light to the lower levels,” he says.

Interiors take their cues from early 20th ideas of what luxury might be – with heavy-duty woodwork juxtaposed against high-tech appliances.

“What were the elements then – what was considered beautiful?,” he asks. “The kitchens have a very refined, beautiful woodwork, with an almost French look to them.”

“It’s double-loaded, so one set of  apartments is facing the streets and the second faces the courtyard,” he says.

Double-loaded seems to be the operative descriptor here – between the train tracks, the glass and steel and the dual vistas, it works like the proverbial charm. 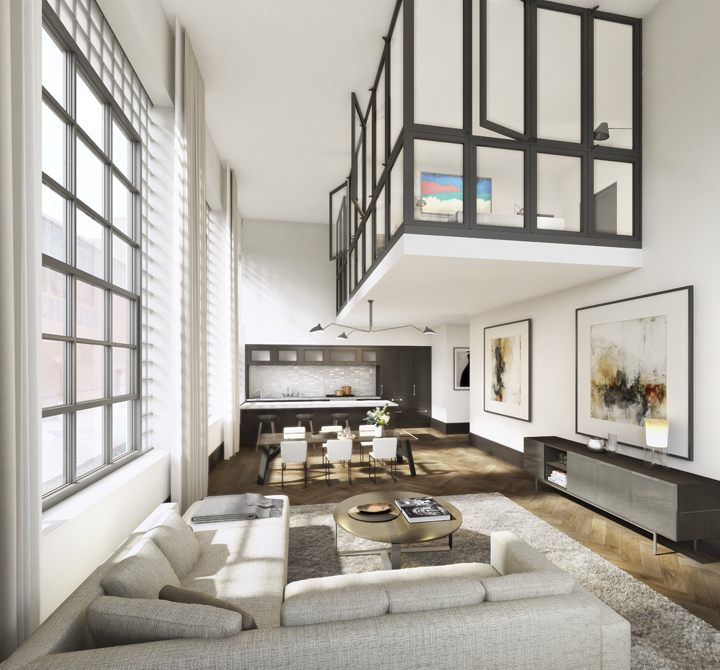 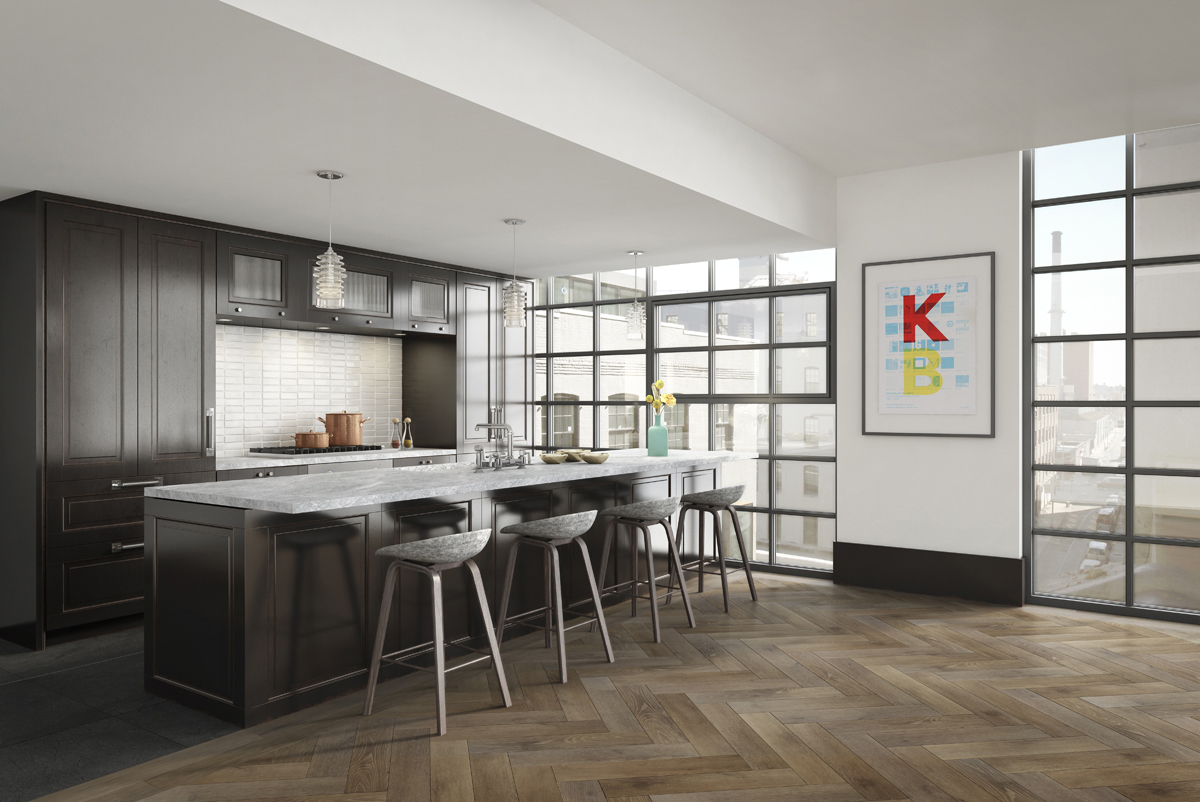 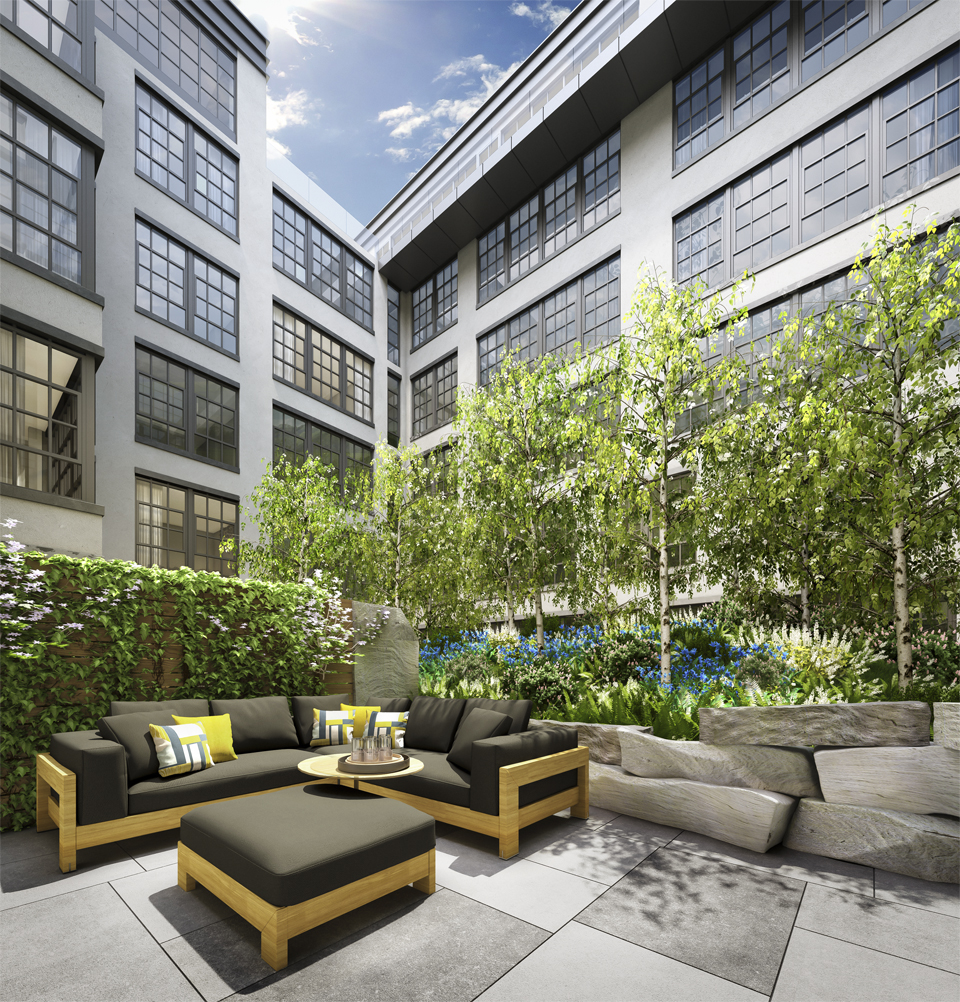 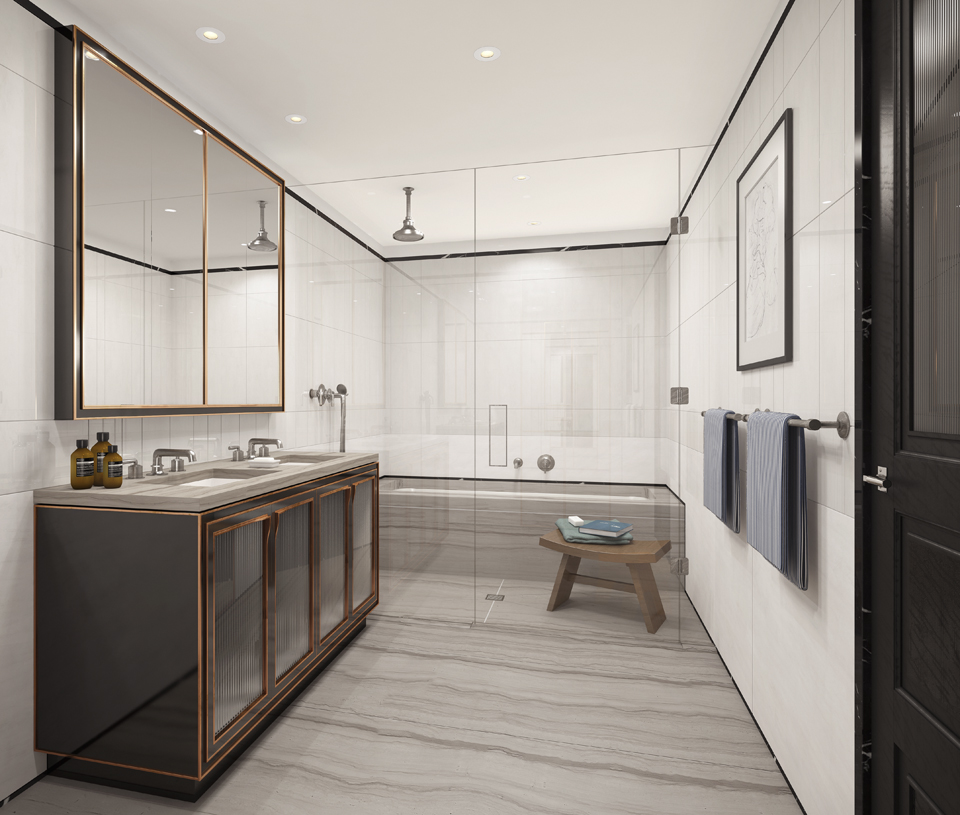 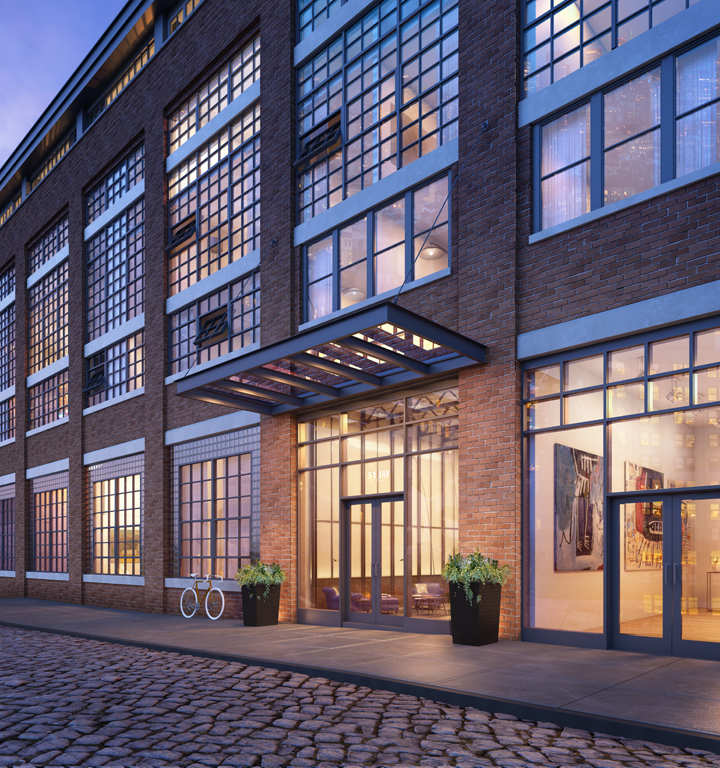 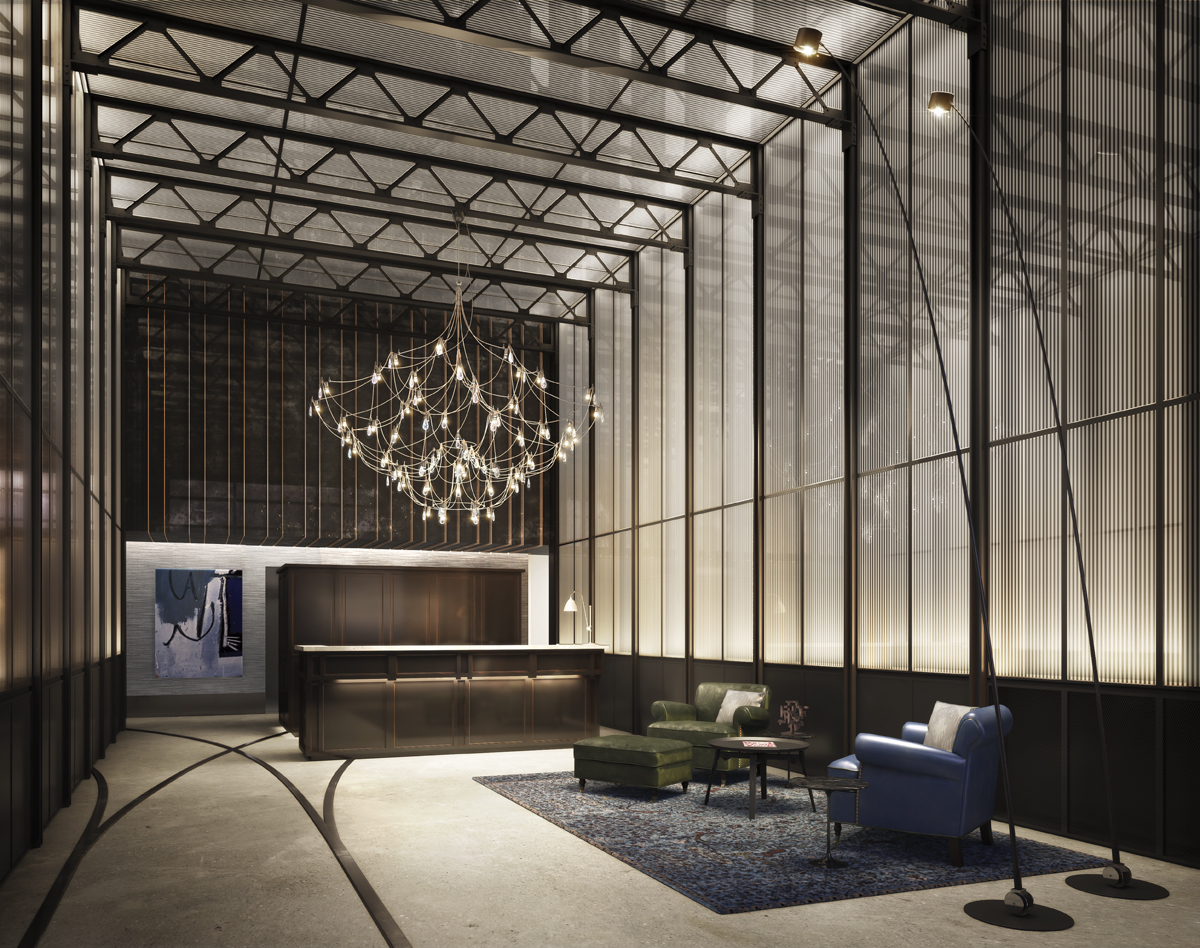 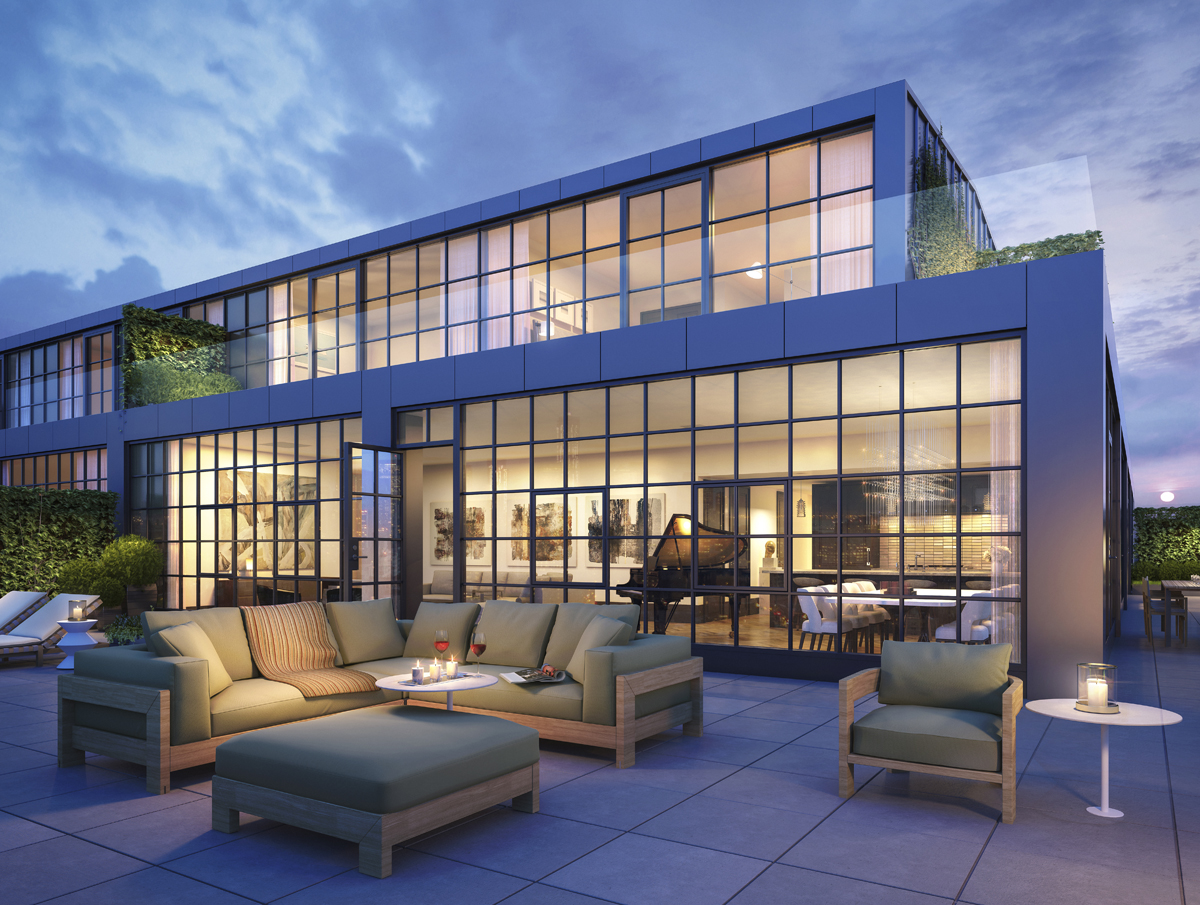 Deborah Osburn is a guru and an evangelist. Not for a cult or a religion, but for artisanal tile. And not those old salt-and-pepper,...