At Walden Retreats in Texas, a Luxury Camping Getaway

“It started as a project in business school, as part of the outdoor hospitality industry,” Smith says. “We bought the property in 2017, got the concept up and running, and built two rooms that ran for two-and-a-half years as a bed and breakfast.”

Consistently full, they were deemed a success. So the couple decided to develop their property on the Pedernales River. Not only will there be tents for overnight stays, but a lobby for check-in and a general store with local foods, wines, and beers. There’s also a 3,500 square foot event pavilion for weddings and parties. Used as lounge when there are no events, it was designed by Michael Hsu Office of Architecture in Austin.

As for the tents, they’re made in South Africa by a company called Bushtec. The couple teamed up to design the interiors, with Contrucci taking the lead on the expansion. “Inside they’re as intentional as the property as a whole – we wanted them to be simple and well thought-out,” she says. “You come in for peace and quiet in nature.”

There are wood-fired stoves, along with leather chairs and couches. “Wherever we could do ethical, locally sourced companies, we did,” Smith says. “There’s a modern color palette to the tents – the body is a khaki/canvas color and the roof is green to match the darker live oaks on the property.”

There are seven 550-square-foot suites and eight 440-square-foot studios that are similar in shape, but with no living room area – just a bedroom, bath, and kitchen. “They have the same amount of outdoor deck space,” Smith says. “They’re built on a cedar platform with Western Red Cedar decking on top, and they function like typical cabin.”

As for sustainability, the main lobby area has a large solar array, the toilets are the lowest rated in terms of water consumption, and the bath products are from Public Goods – and eco-friendly. “One of the biggest things we did was simply cut down some grass and put the tents on top to blend in,” he says. “There’s no real landscaping.”

For the wood from Guadalajara, there’s an honesty – with clear varnish and no stain. “We don’t want to remove the elements of outdoors,” Smith says.

That goes for the interior environment too. “You might get a little hot or a little cold but the bedroom will be warm or cool always – there’s an air conditioning unit above the bed.”

As for entertainment, but there’s Johnson City, the birthplace of Lyndon Johnson, and the national historic park that bears his name. There’s a dance hall at Luckenbach, 30 minutes away, and  hip little Fredericksburg‘s just a 40-minute drive. “There’s a very popular wine region between here and there, with 30 to 40 wineries,” Smith says. “It’s a great day trip.”

Back in camp, there’s plenty of wildlife to go around, including raccoons, possums, turkeys – and rattlesnakes. “But if you stay out of their way, they stay out of yours,” Smith says. “We offer a simple warning: This is a wild space and you might run into a wild elements.” 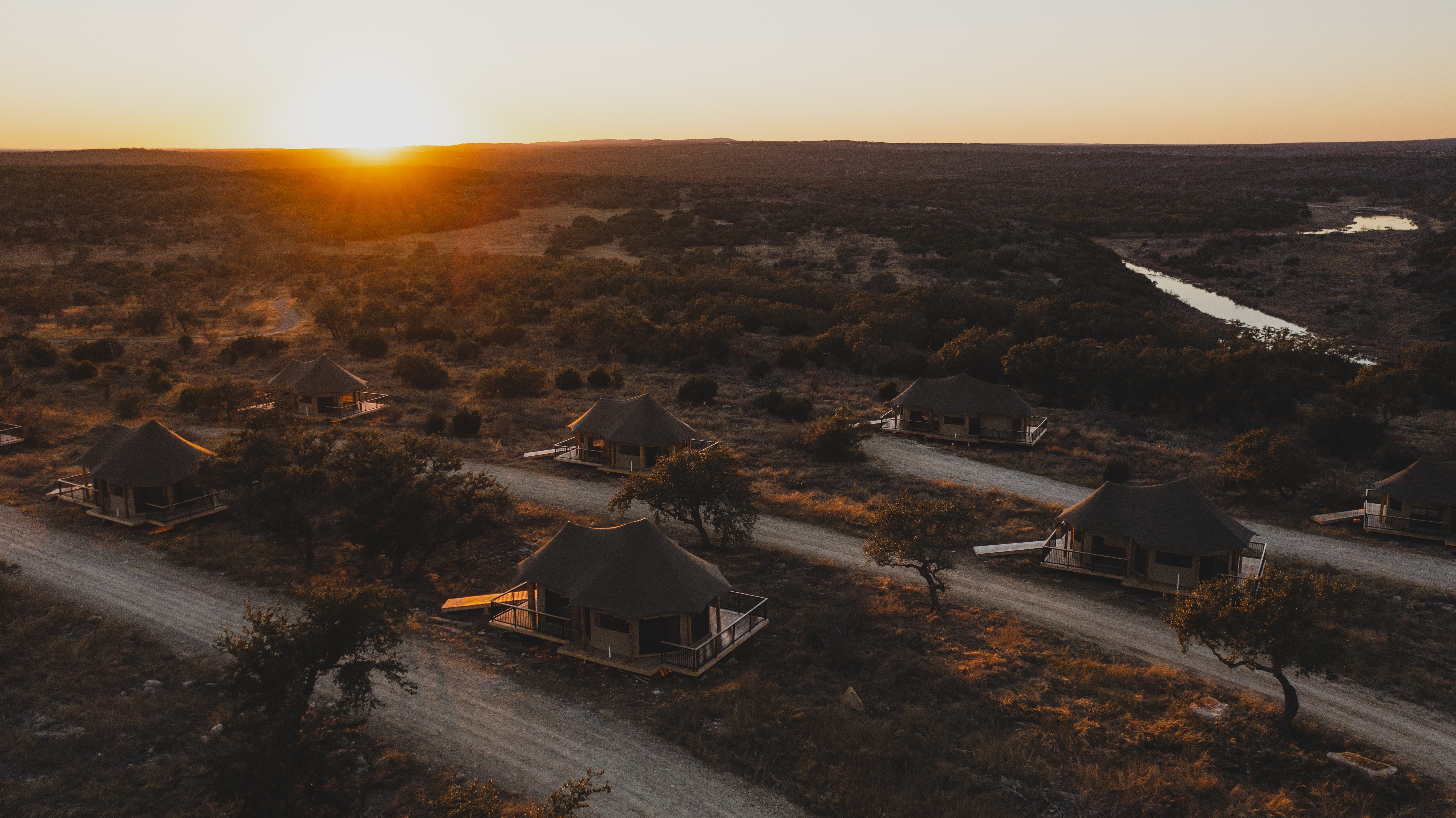 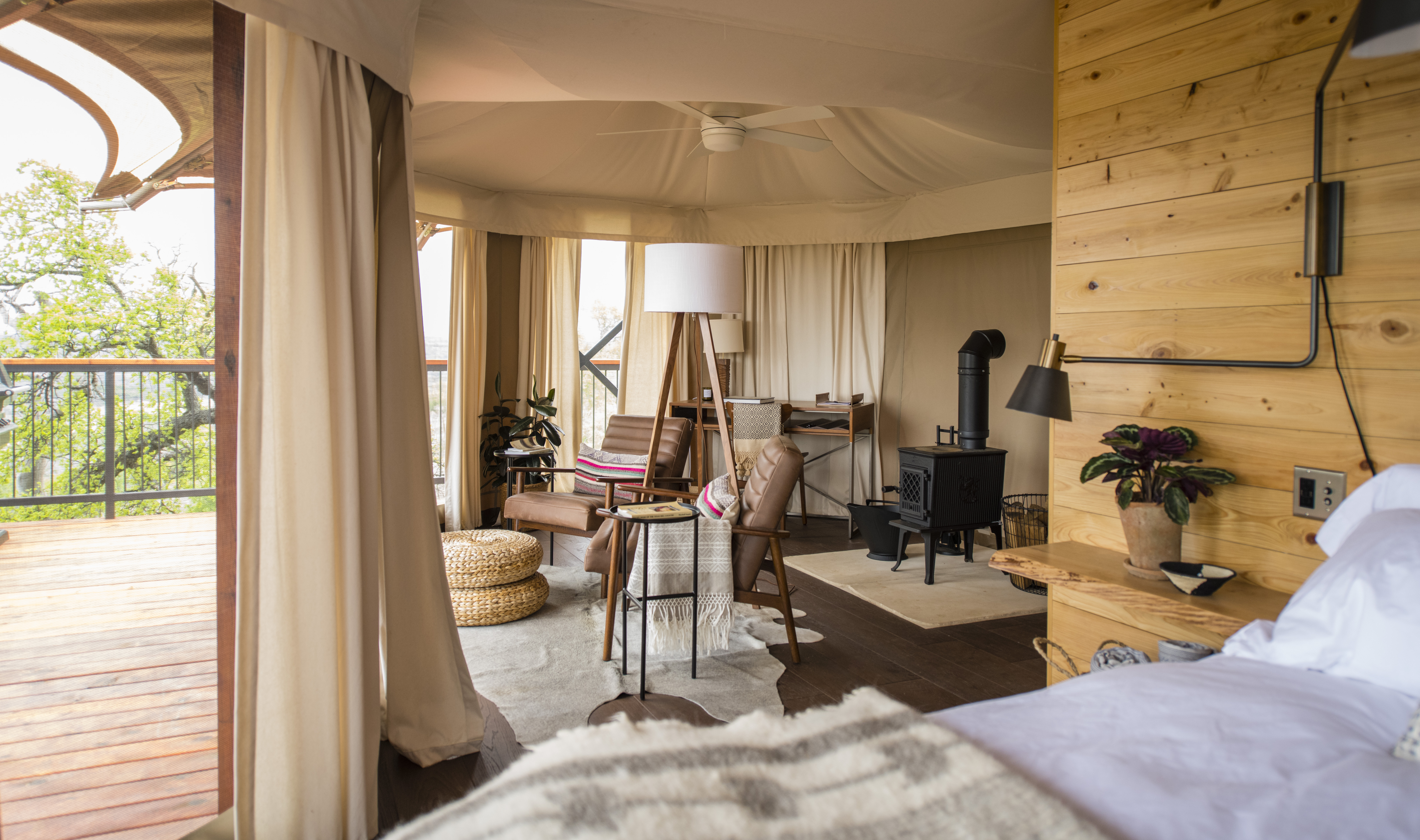 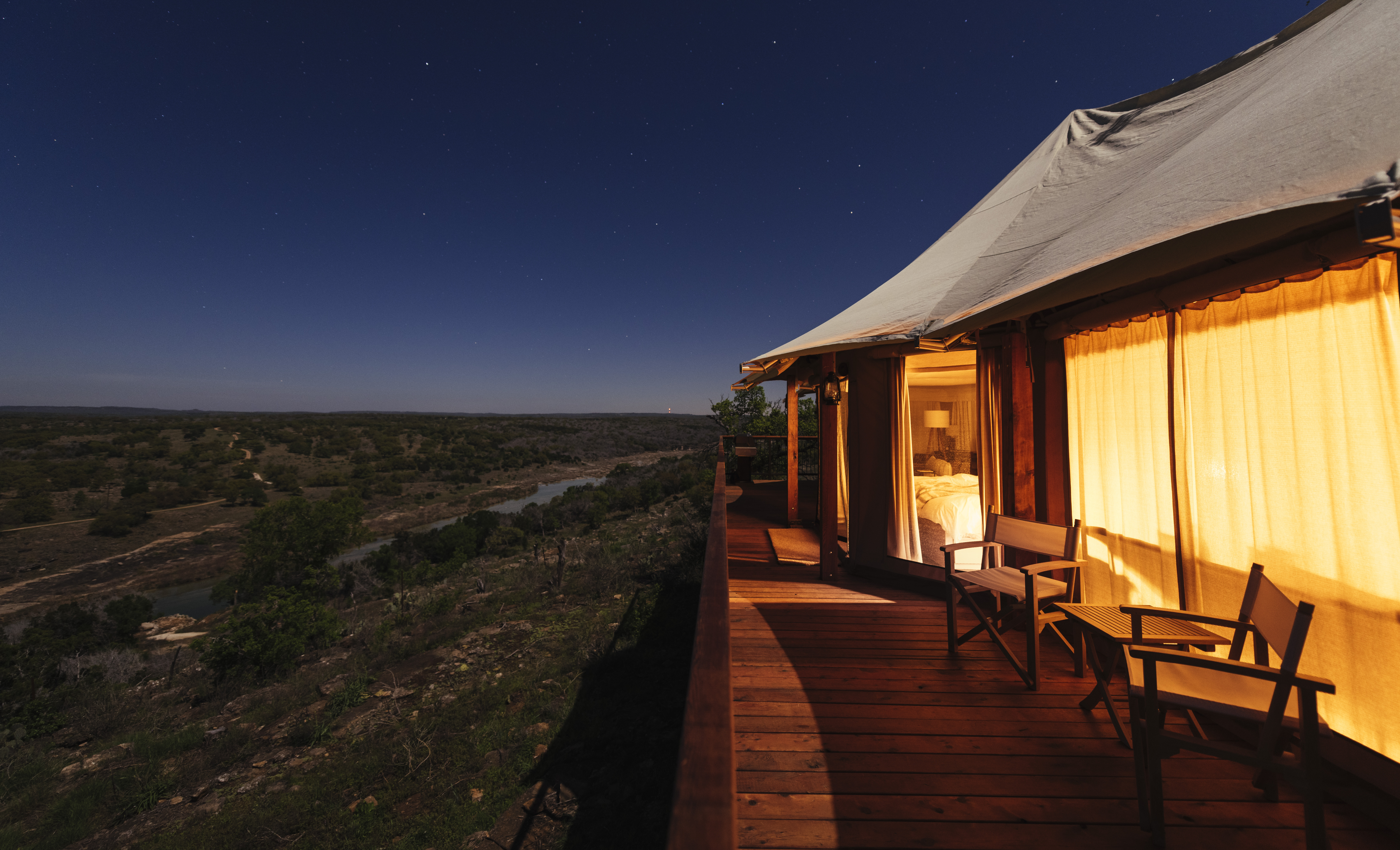 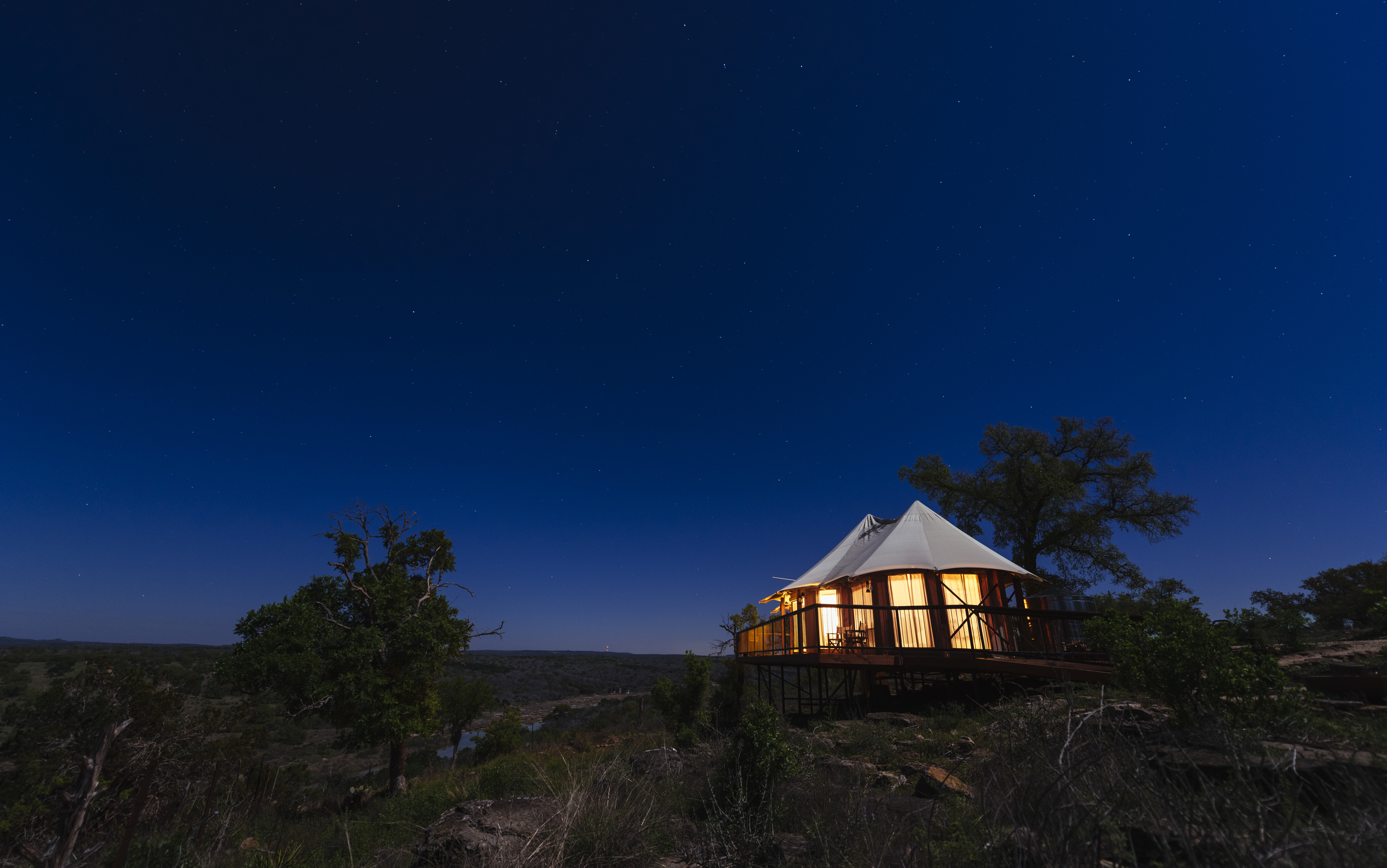 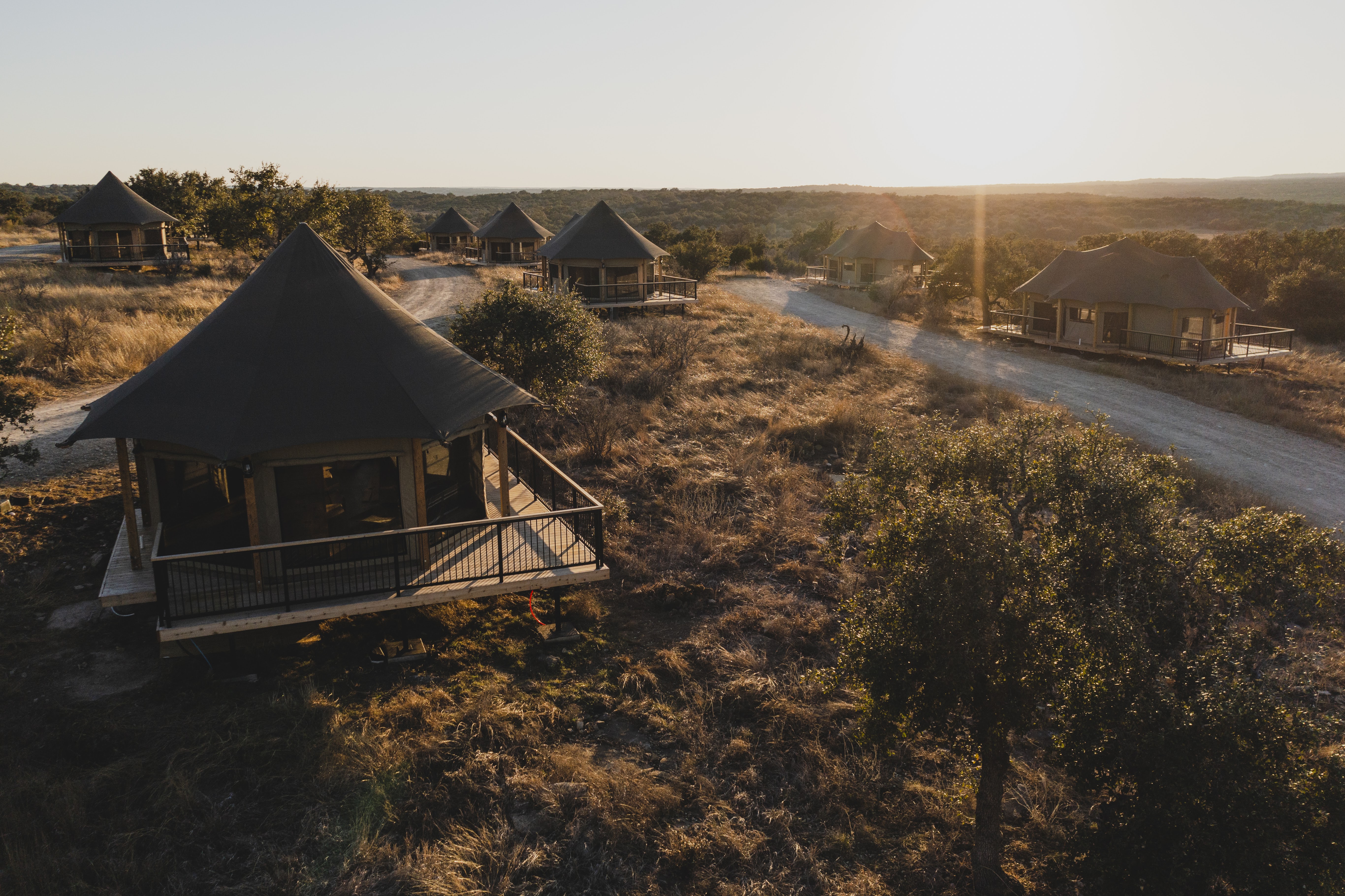 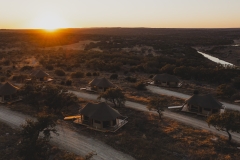 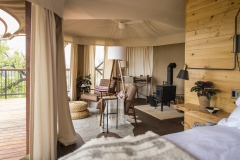 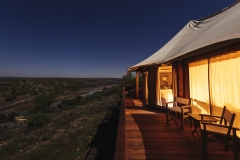 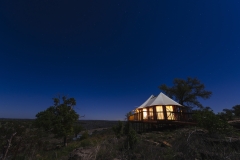 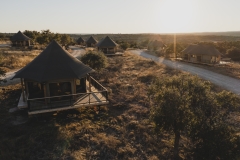 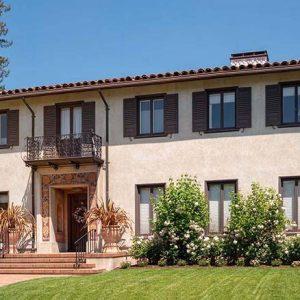