Cuban-born architect Rene Gonzalez’s newest project looks to its site and its history to inform its design.

In neighborhood once known as Colohatche, now civilized as Wilton Manors, once stood stands of trees known as hammocks. They were small hardwood and cypress forests rising vertically on elevated areas above wetlands with too much water to support them.

They are a disappearing phenomenon in 21st-century Fort Lauderdale, with its man-made canals. But Gonzalez looked to them for inspiration in his newest condominium project there.

“You go up an elevator and then there’s access to your unit, provided by greenways surrounded by trees and plants – and an open air screen we designed,” he says. “It’s a way to interpret the Florida cypress hammock and coral stone patterns.”

Those screens are actually high-performance concrete panels, perforated and hung on the building for protection from the elements.

He’s also addressed nearby urban conditions, taking into account a number of neighboring single-family homes, and scaling down living units around them. “They’re similar to single-family homes,” he says. “As you approach the area with more density, there’s the larger section of the building that’s floating over the ground,” he says.

He’s referring to a long, low-lying building, perched on columns on an elevated park, one that addresses the commercial and multi-family scaled homes towards the northwest of the site.

So the vertical tower refers back to the hammock, while the lower building nods in deference to the single family homes nearby.

“We were trying to be very sensitive to the neighborhood and the immediate urban environment of the site – and interested in finding a way to address both,” he says. “The site planning was one of the biggest challenges – to find an appropriate scale for the building – so we broke it down into two different components: the single family homes area and the condo units.”

It may be site-driven, but it’s also slated to become the first LEED-certified project in Wilton Manors. 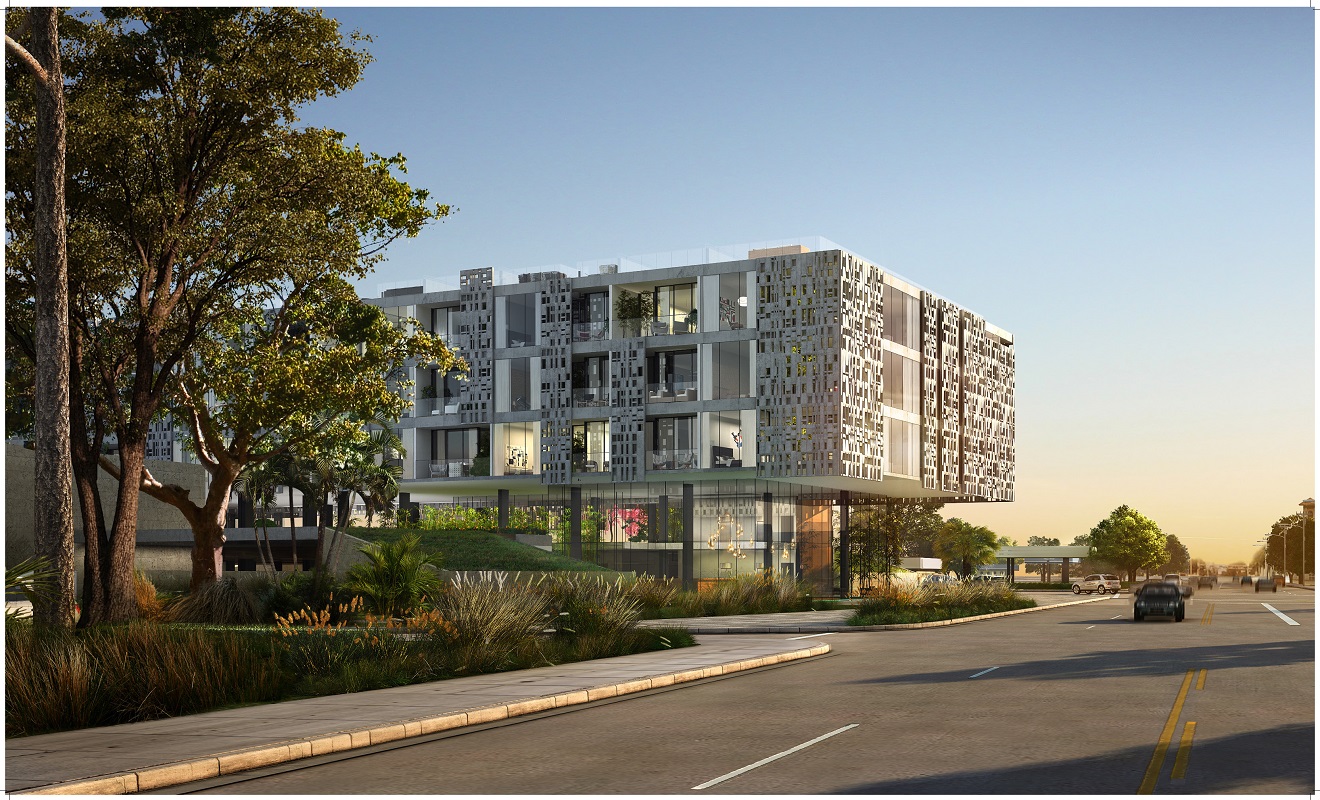 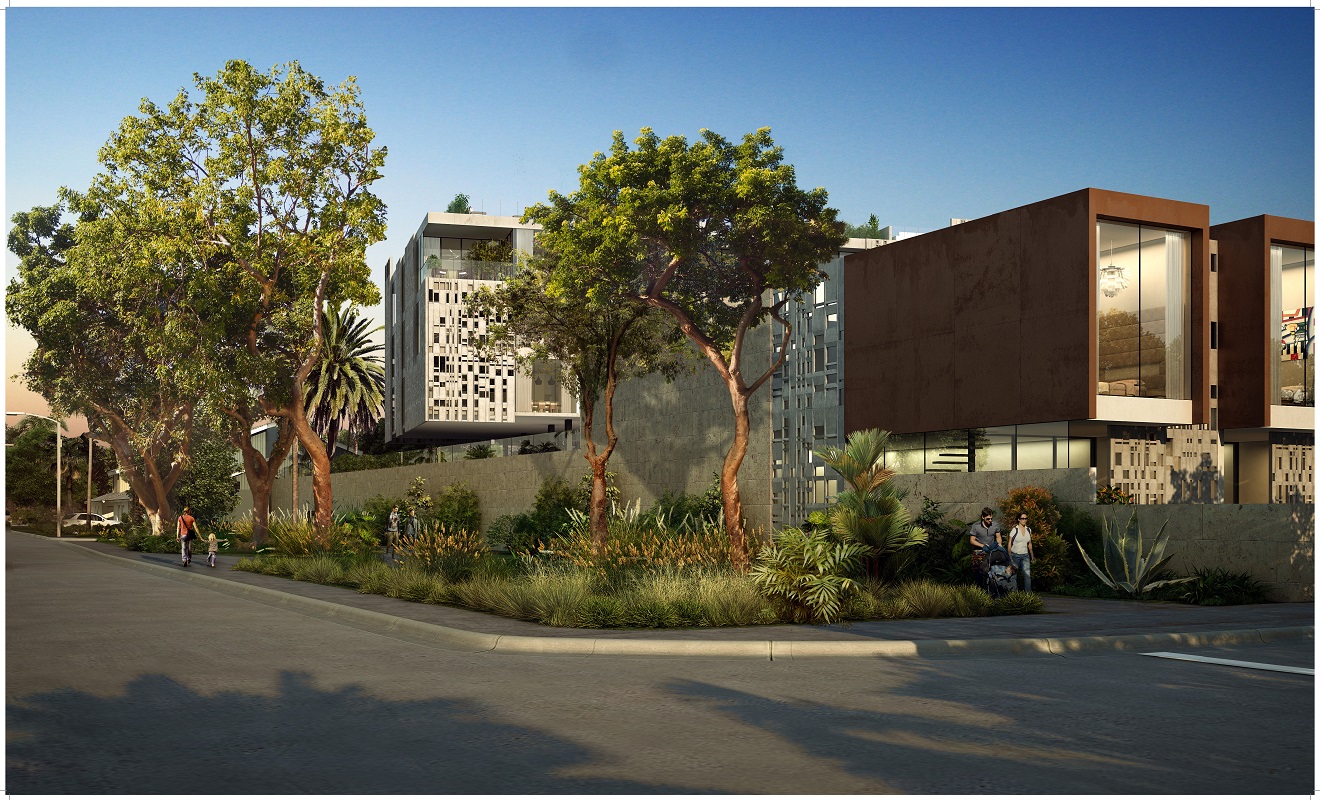 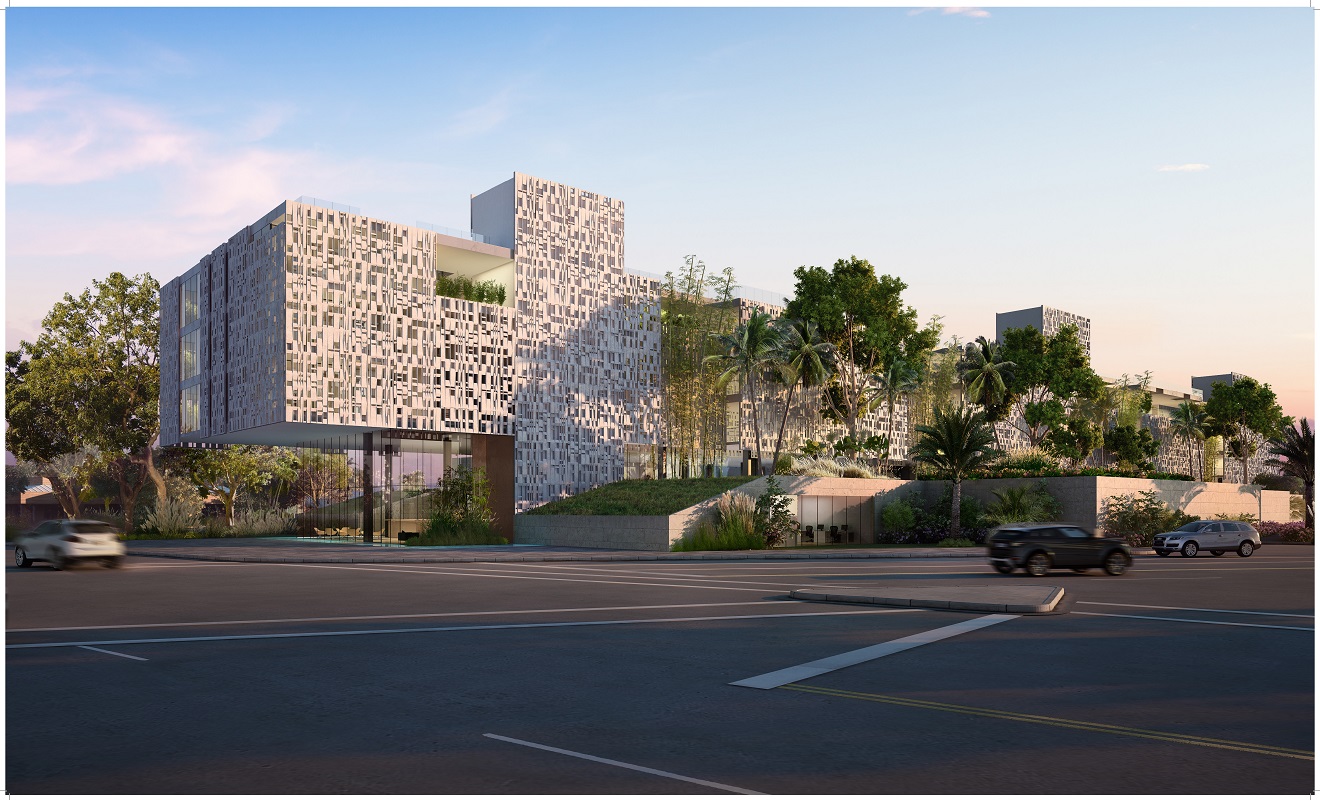 As if the concept - a palazzo with interior courtyard, inserted into Chicago's Bucktown neighborhood - wasn't enough, there...