A Block from Chicago’s Daley Plaza, a Floating Island

One block from Daley Plaza at Chicago’s City Hall a new high-rise has taken shape, a glass-clad sliver that pierces the skyline 50 stories up.

It’s been designed by a team headed up by John Lahey, a principal at the 85-member firm of Solomon Cordwell Buenz in Chicago.

He faced a series of special challenges. Already on the site was a landmark 1873 limestone building by Frederick and Edward Baumann, constructed just after the Great Chicago Fire of 1871 and at one time one of the tallest buildings in the city.

These days the Washington Block stands in the shadow of Lahey’s new building at 215 West Washington, which hovers almost protectively above.

The base of the new building is a parking garage with a footprint 120 feet by 180 feet. The high rise is partially cantilevered above it and supported by an innovative truss. “The core’s off center, and pulled out at one end,” Lahey says. “The building has so much less area, and that’s a neat thing.”

The floating tower’s footprint measures a slim 72 feet by 145 feet. There are 389 apartment units in it, while the parking garage holds 600 auto bays in 12 floors.

It’s unlikely that urban residents of the LEED-certified tower will be using the garage though. “It’s a transit-oriented development,” he says. “It’s close to the subway, to the bus line and it’s next to the tram. Even though it’s got parking, I suspect most residents will not have a car.”

Apartment units range from studios at 540 square feet to two bedrooms at 1,100 square feet. Then there are the three bedroom units on the penthouse floors of 1,750 square feet.

An amenity deck offers pool, gardens and club rooms. “If you want, you can have your own little garden in the sky,” he says.

But it’s the sweeping vistas that probably appeal the most. “It overlooks the Plaza a block away, and that’s the one big civic space in that area,” he says. “

So it’s a plane that’s articulated back to Daley Plaza. 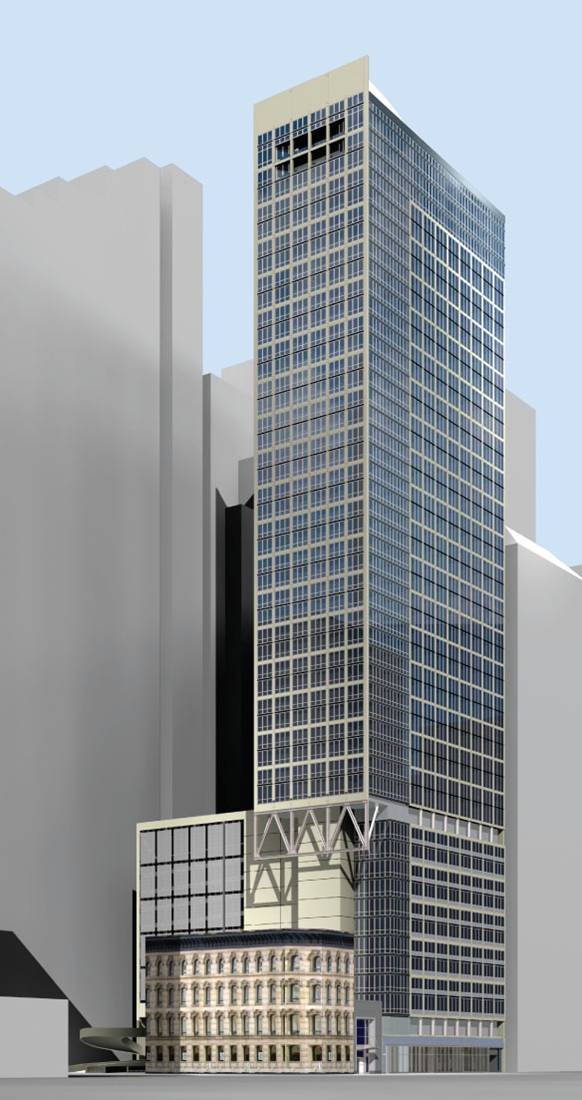 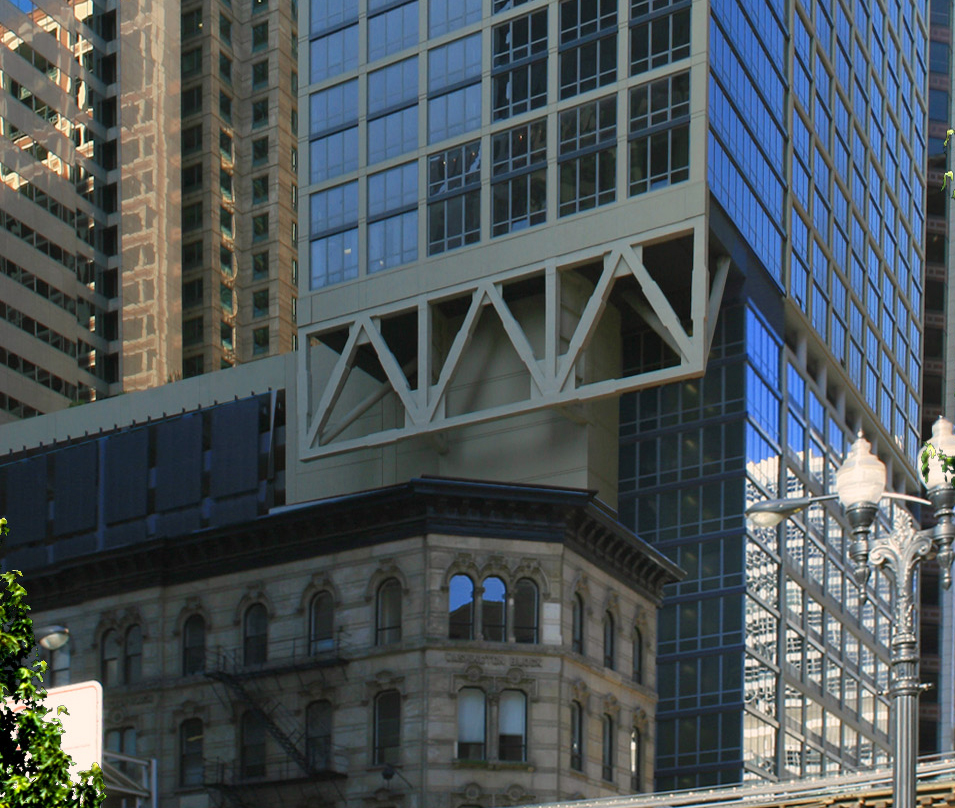 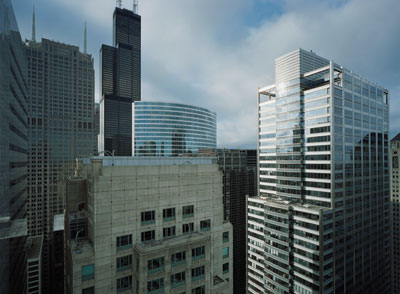 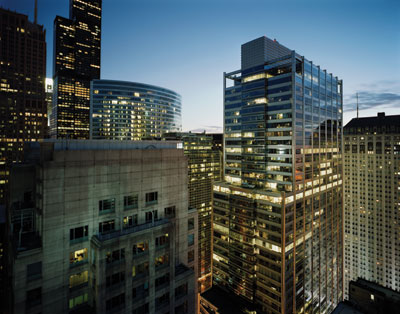 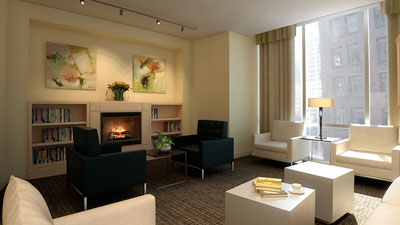 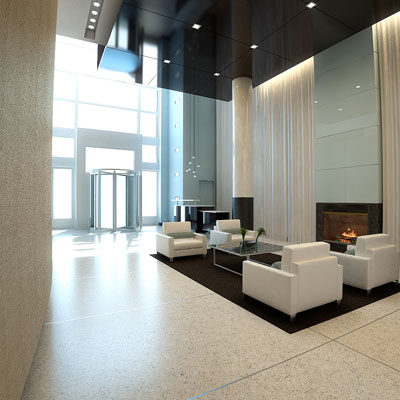 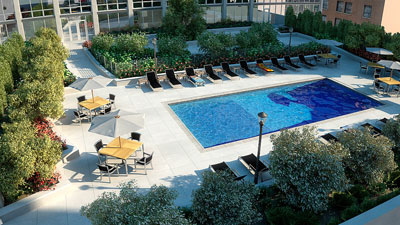 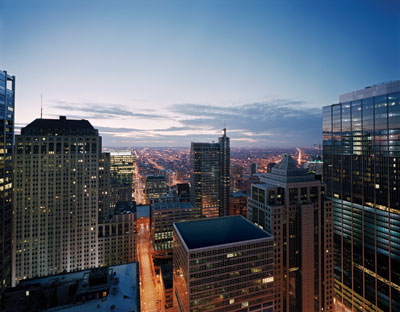 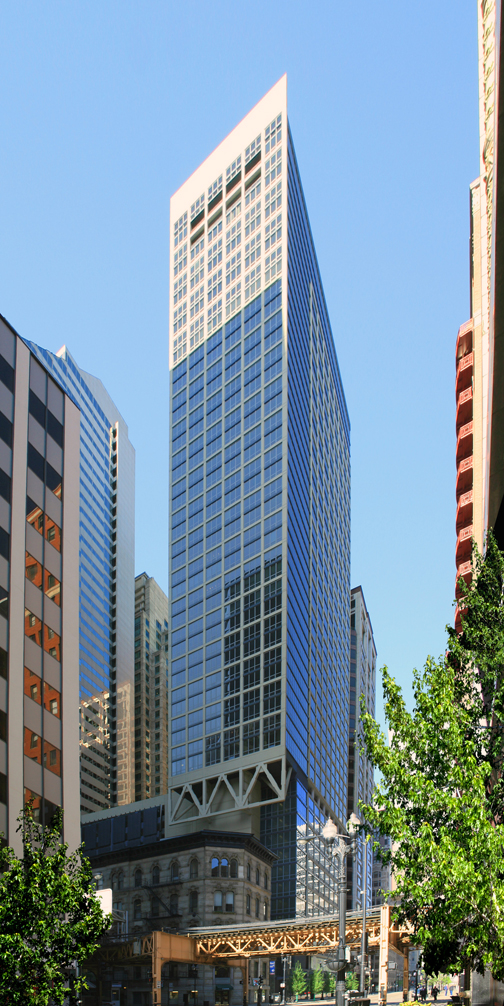 Love the possibility of the lifestyle of such eco friendly living in this building. the creative mind could strive in its awaking because its so clean, open and well organized for our new green eco living standards, would love to live in such a sunrise or sunset daily.

This building definitely sets a new precedent for downtown living in Chicago. The picture of that pool deck is seriously making me reconsider living in my building

James really put gave the building a lot of credit here, much like I would. It is really nice to see buildings popping up that don’t follow the traditional mold. The concept of having a floating portion of the building is genius, and I think more people should get creative and think outside the box! (pun intended)

What a cool building and great addition to our beautiful skyline!

Wow, another fantastic building from Lahey! I’m no architecture buff, but I know beautiful art when I see it, and Lahey definitely came through again this time. The downtown sprawl just received an upgrade!

I love this building. I love looking at the truss and thinking about the awesome mind that must have thought that up. I look up at it everyday on my way to work as well.

I think this building is great. I work just a few blocks from it, so I pass it everyday. The truss is really interesting, and I like that that they respected the history on the block by working around the Washington Block. It really adds something to Chicago’s loop. 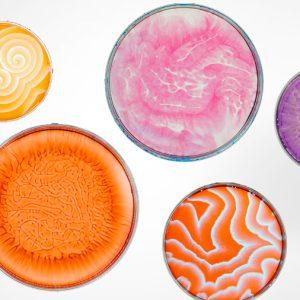 Most architects, author Paul Andersen says, don’t like to be associated with patterns. There’s superficiality connected...