G8A Architects is an international architecture, urban planning and interior design firm with offices in Geneva, Hanoi, Ho Chi Minh City and Singapore. In collaboration with CollinFontaine architectes, they recently designed a home in Geneva for a Swiss couple living in Singapore, one called TheTwin-Lah. A+A recently interviewed Manuel der Hagopian, Partner in the firm about it

Some background on your firm?

There are two founding partners originally from Geneva, as representatives of the Swiss design collective group8. We opened the Hanoi studio in 2007, expanding to Singapore in 2009, following the competition-winning scheme for Punggol Waterway Terraces. The offshoot from the original practice, now known as G8A, became an independent partnership in 2014. We now work cross-nationally with a team spread across Asia and maintaining our root connection to Switzerland.

Who was the client here?

We were commissioned by a Swiss couple who were living in Singapore and wanted to retire back in their native Switzerland.

Our role was to provide the full scope of architectural design from concept to author supervision as well as authority submission and detailed design.

The design has been led by multiple parameters, mostly sentimental and poetic. The first client request was to represent somehow the period of their life spent in Singapore – to bring something back with them. They were very interested in the traditional Singaporean shop house design so we applied the customary pattern of the Chinatown commercial facades. The hue of pink also is inspired by this.

The second request was to use a material that expressed the previous building of the site, their family home that no longer met their comfort standards, yet was dear to their memories. We represented this using tinted concrete as reference to the old solid stone house.

The third request was mostly a manipulation of program. To create a twin house that had the appearance of a single residence. The decision of creating a double house was guided by financial reasons in order to lease out half of the space. This strategy to design a single residence instead of two identical houses was already explored in a previous project in Geneva called Twin House.

The tinted concrete façade is the main material used externally. The request from the client was to choose a strong color since the shophouses in Singapore are quite flashy. We decide to go with a pink-ochre that leans towards the terracotta of the neighboring houses’ roofs. For the interior we focused on neutral materials as the owners have a lot of colorful furniture.

What kind of challenges did you run into?

Our biggest challenges were technical, namely the consistency of tinted concrete that needed to be achieved as we were pouring a large portion of the facade at once. This was very complicated. We worked with concrete artisans in Switzerland for many weeks to test the strategy. We also experienced some programmatic challenges, as space requirements were often changing.

Finally, as a concept we were occupied in considering how to represent the transfer of knowledge from east to west without being too literal. This came with interesting interpretations as some people mistook the Chinese motif as a Swiss edelweiss flower pattern. 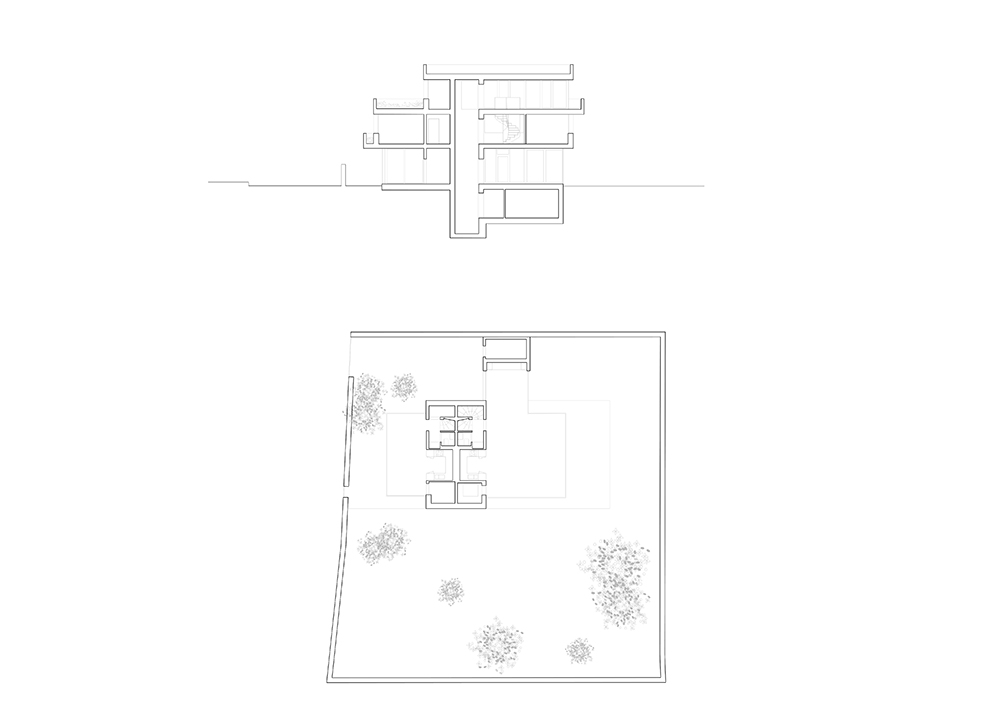 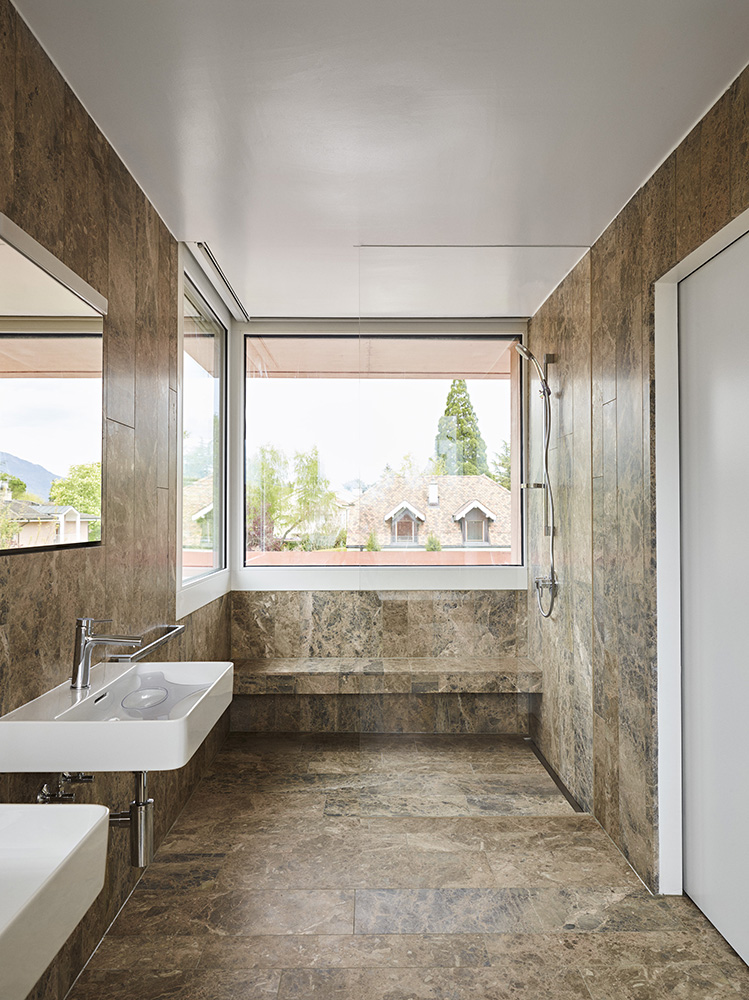 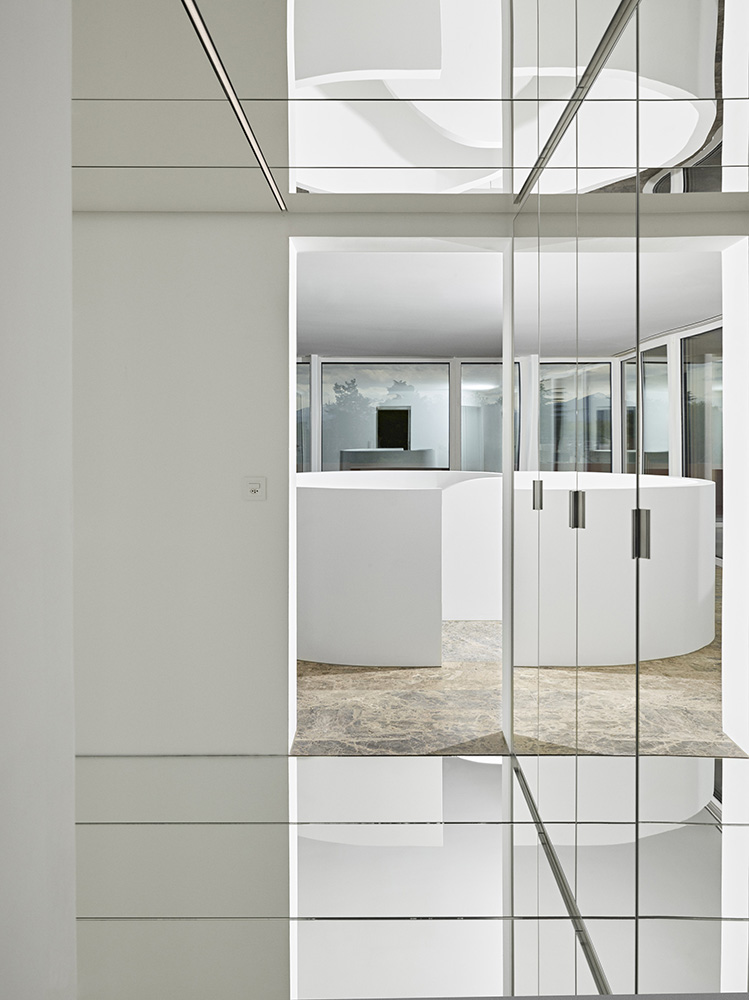 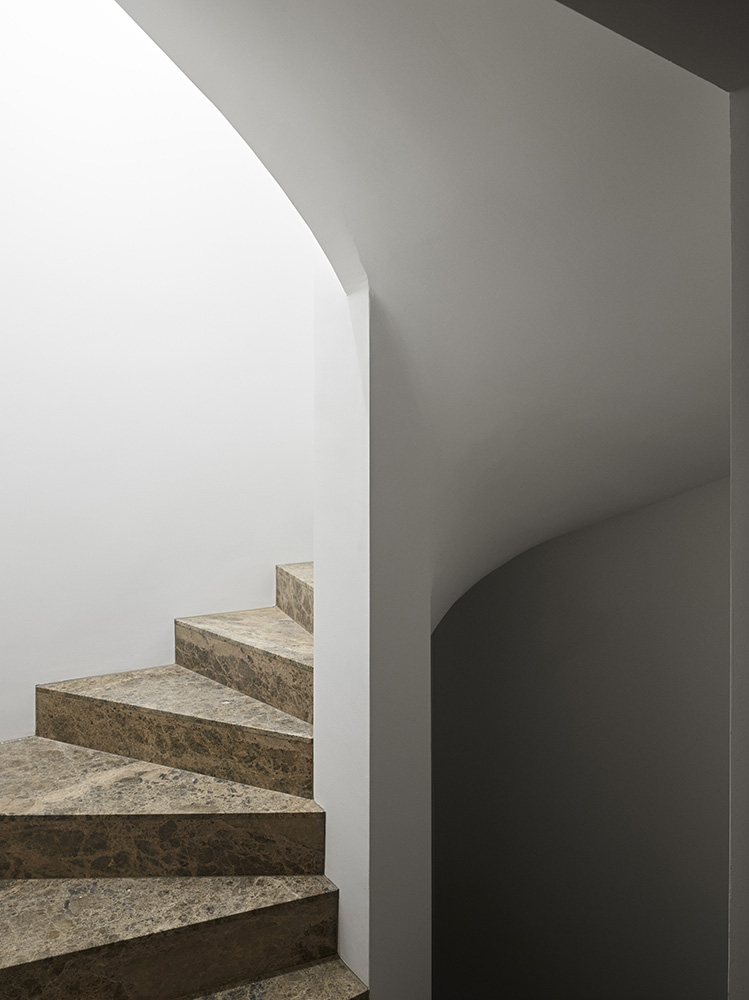 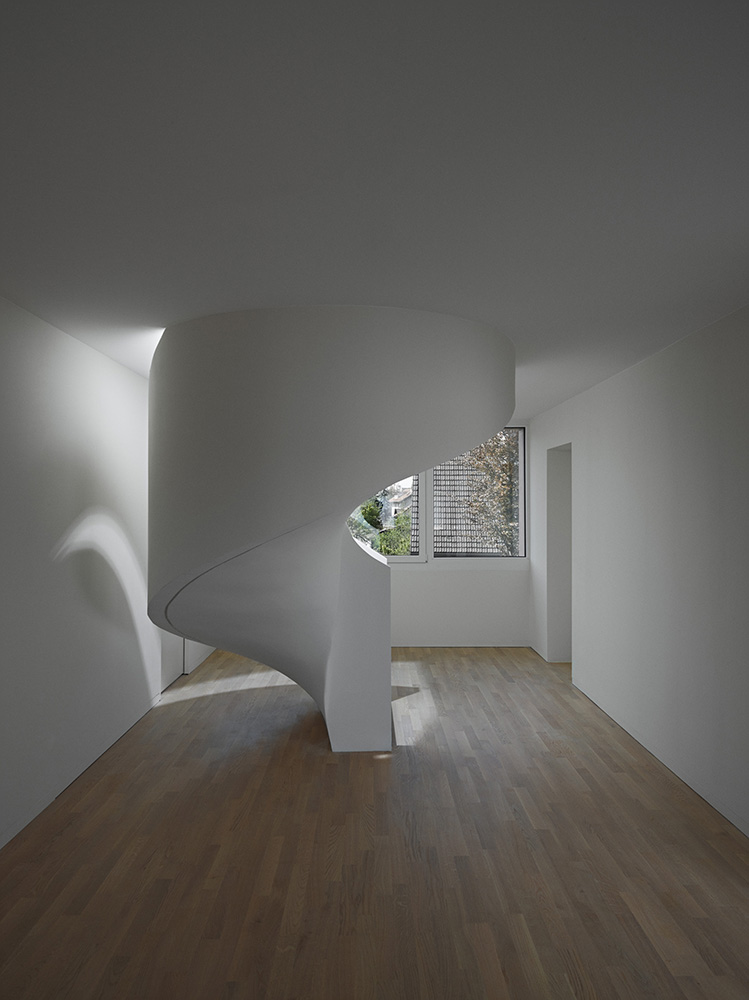 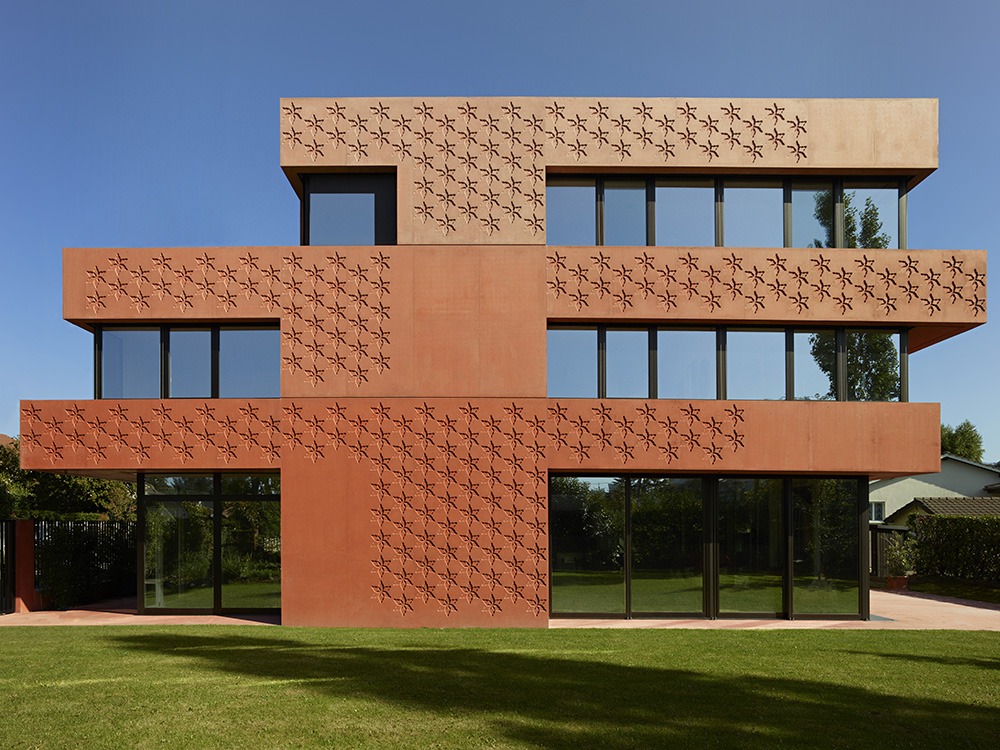 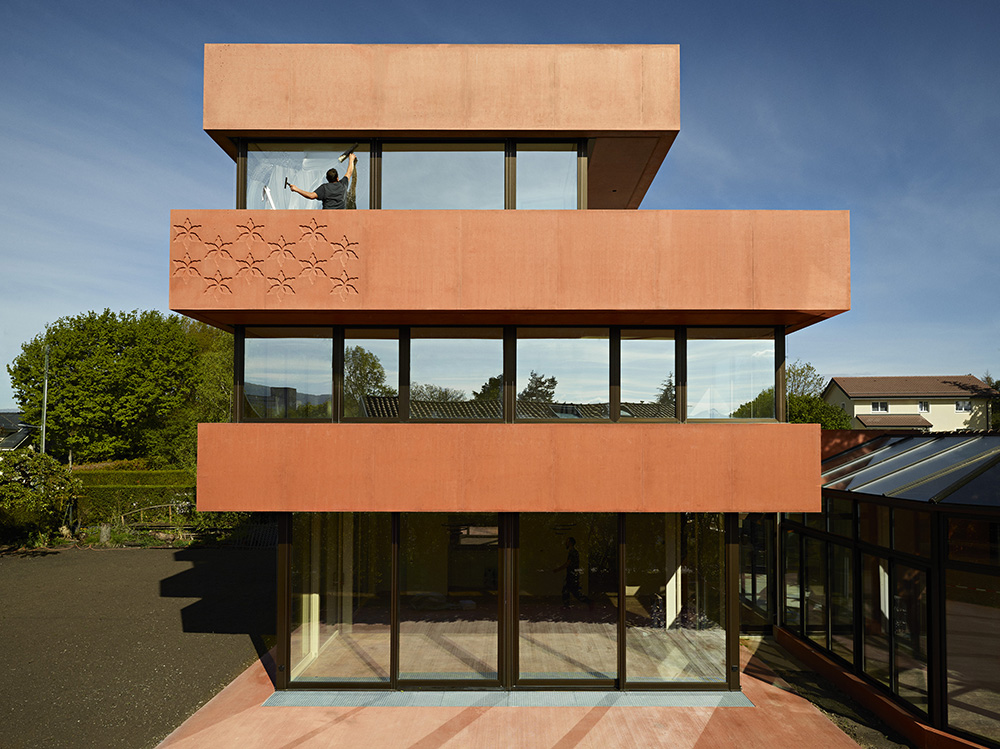 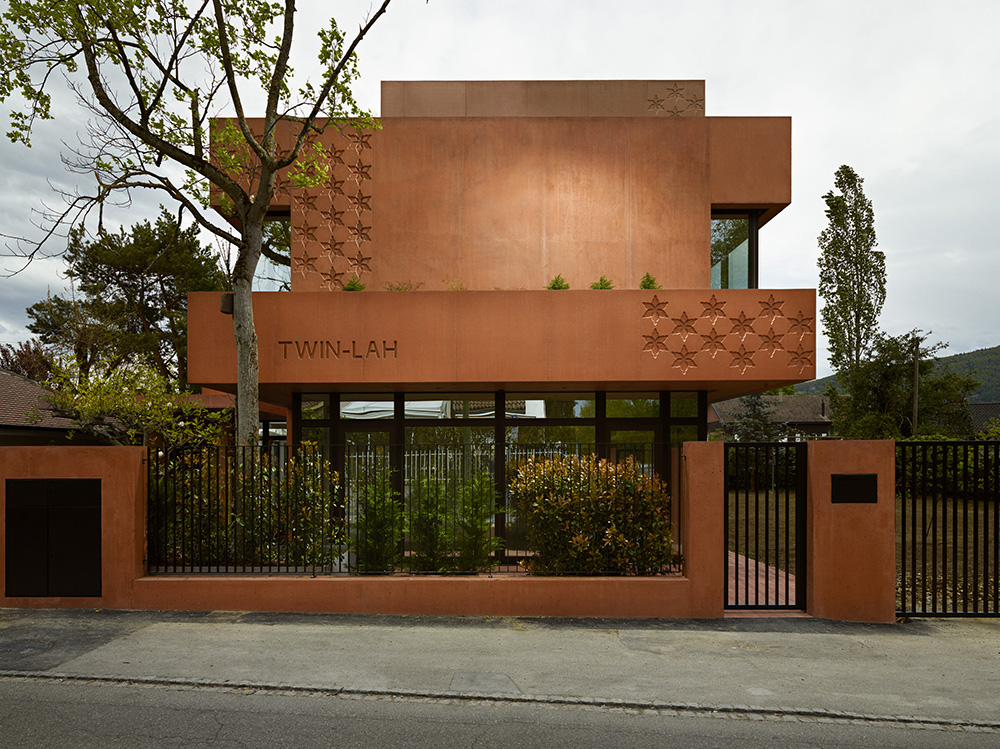 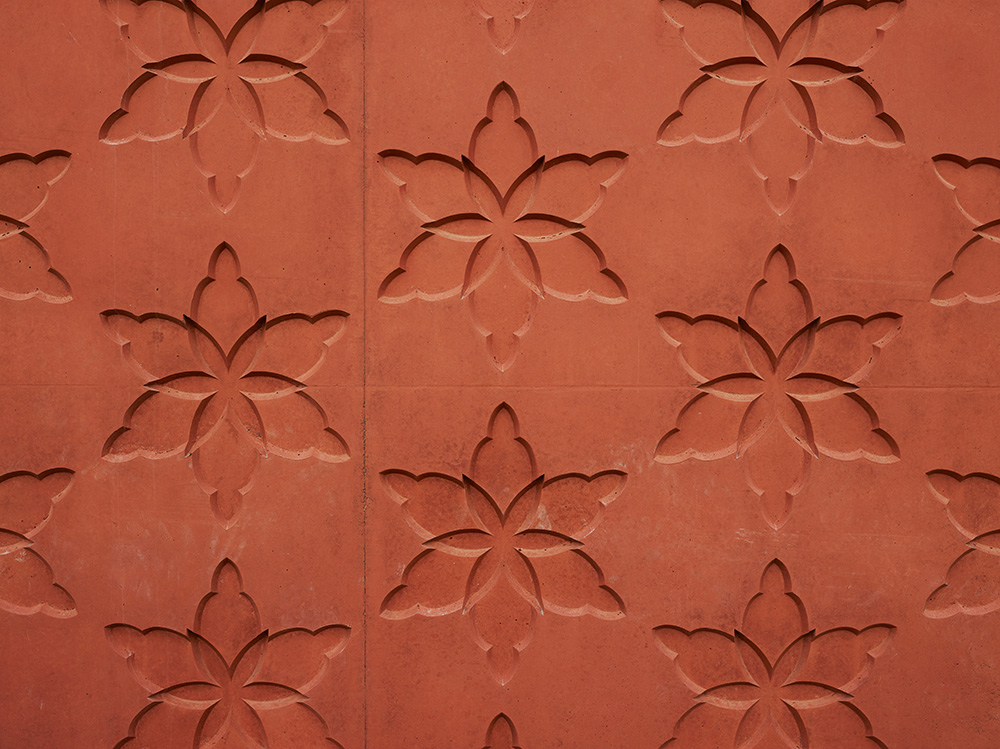 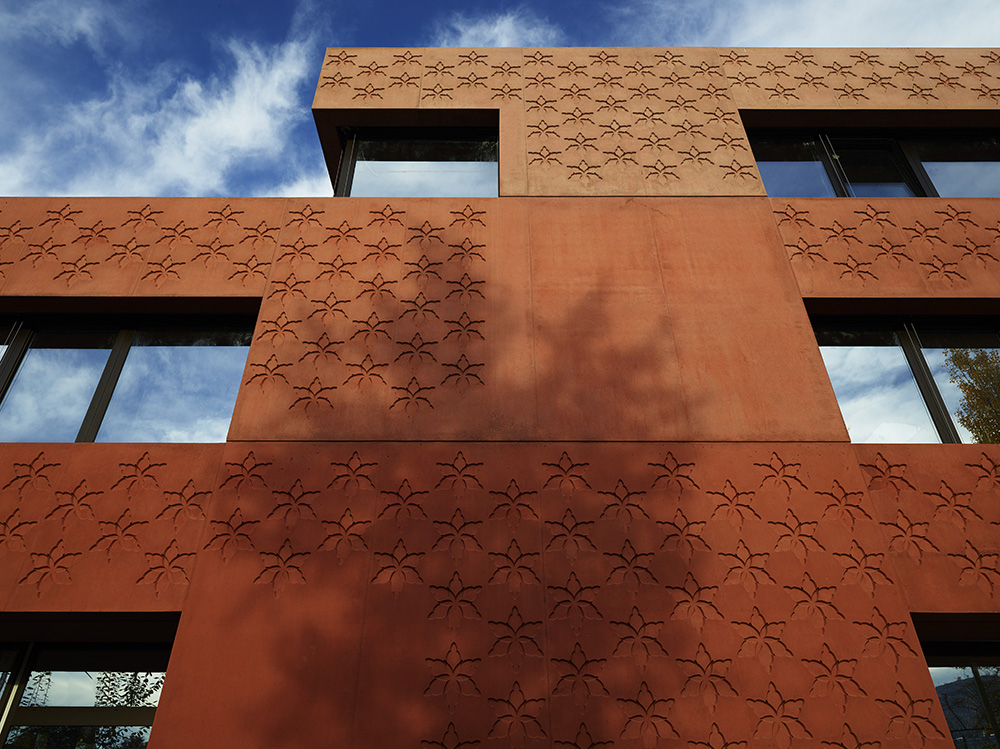 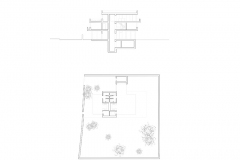 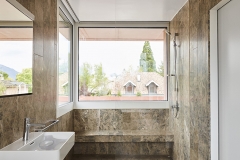 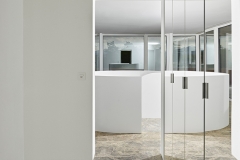 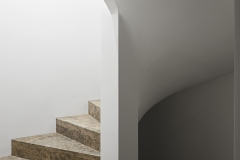 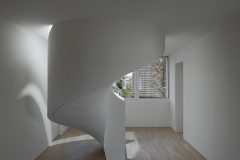 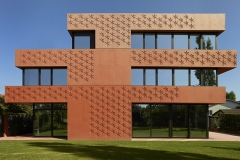 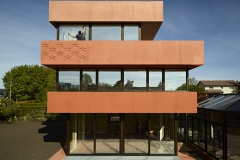 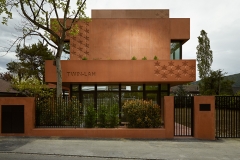 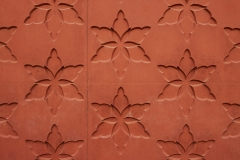 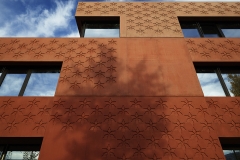 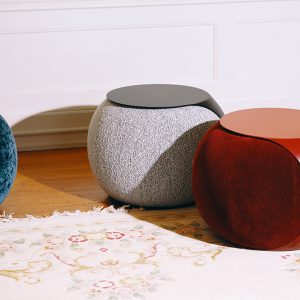 Tanja Hinder and Lauren Bugliarisi are interior designers who’ve been working together for four years now. They formed...