It’s in Le Havre, France, about three hours northwest of Paris. Destroyed by Allied bombing in 1944, the entire city was rethought and rebuilt after World War II by French architect Auguste Perret.

“He designed the whole city center in a very rational and pragmatic way,” Clemence says. “Niemeyer was invited to design this cultural center in the middle of the district to break the rigidity.”

He designed it between 1977 and 1978; It was completed in 1982. The structure contains a library, a community center, and a large auditorium called the Volcan (as in volcano).

As radically modern as the rest of Niemeyer’s work, it’s less well known. “It’s not the most published or one given a lot of exposure to – it’s under the radar,” he says. “It’s not one of Niemeyer’s most recognizable – but it’s important how he used the space between buildings and inside.”

Born in New York, Clemence was raised in Brazil by his parents, who were natives to that country. On a visit to the Niemeyer Museum there not long ago, the photographer listened to a taped interview with the late architect. His topic: The Volcan, in Le Havre.

“His proposal was to bring the whole square four meters below street level, and that influenced the design of the building,” he says. “Last summer I was in France and decided to visit it.”

He believes that Niemeyer’s work was designed and meant to be photographed for its original use of light and space. “Today there’s nothing like it, though he did inspire Hadid and SANAA,” he says. “He’s a joy to photograph – his work goes hand-in-hand with my photographic concept of capturing light and space.

Besides, there’s their common Brazilian background that complements the equation. “But the main thing is the quality of his architecture,” he says. “One element of my fine art photography is abstraction and his work is a perfect muse to explore that.”

His photography may focus on architecture – and often on Niemeyer – but Clemence is actually pursuing alternate ways of looking at form and structure. “Abstraction plays a big role in that – I highlight the moment when you perceive things in a way and don’t know you are,” he says. “Like the gentle curve here – I like to bring that forth.”

And he’s fascinated with the notion of light, space, and time – and how each affects color. “Monet said color only lasts for minutes because light moves and changes and color will not be the same,” he says. “The same is true of space – my favorite photograph in this group is the one with the sun behind it.”

As for composition, Clemence says photography is largely like shooting pool – that he favors looking to the side, rather than the middle of a shot “It’s about how each image connects to the corners of the frame,” he says. “With these you can see what the building is and where it is but I like to focus on the abstract – it takes us to a level where we perceive much more than what’s in front of the eyes.”

Here, we have one of Oscar Niemeyer’s less-known and later works, photographed by a fellow abstractionist. 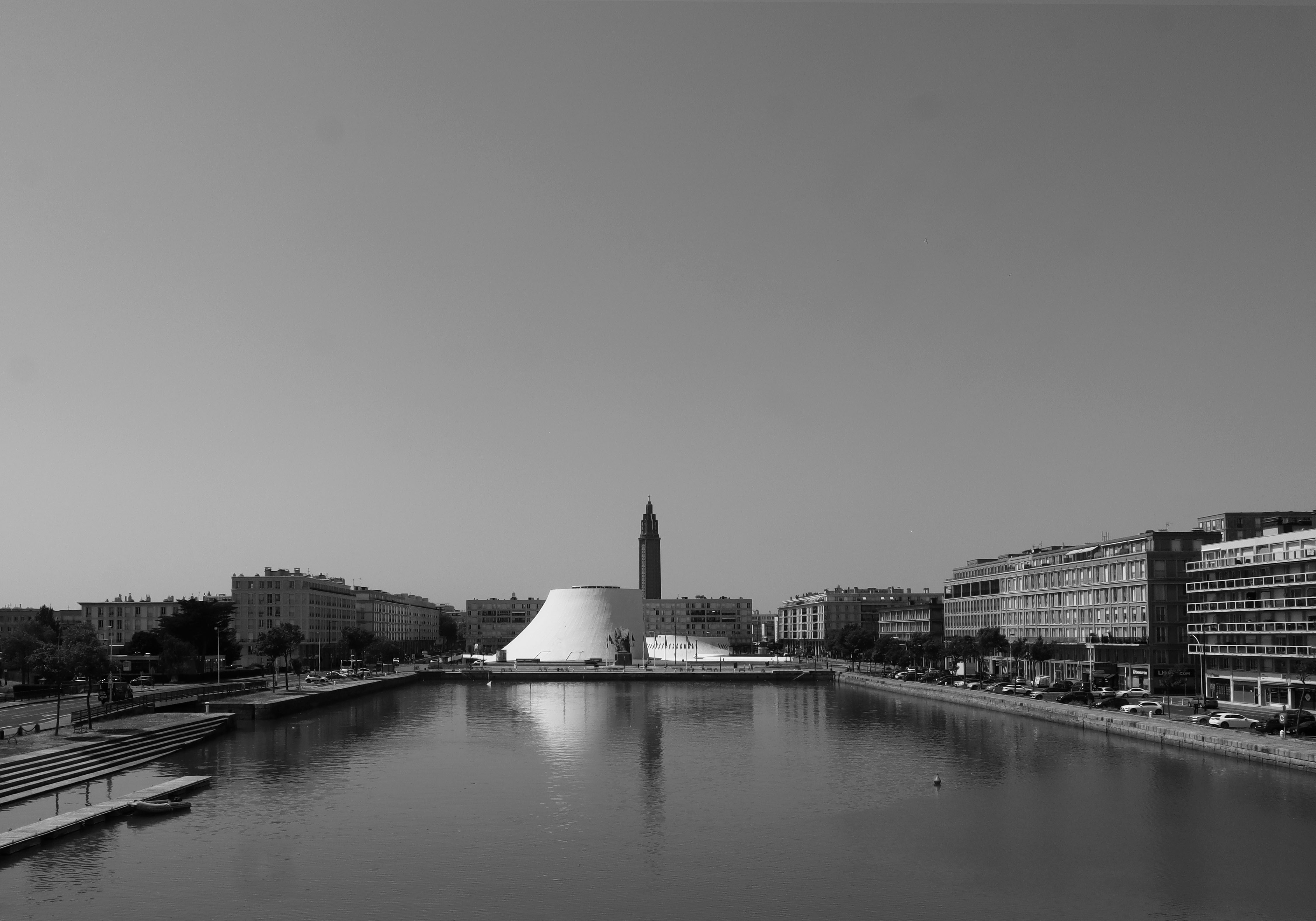 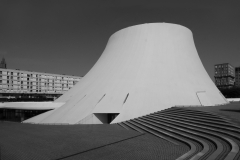 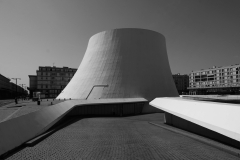 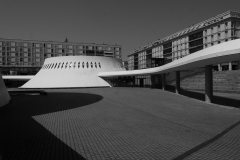 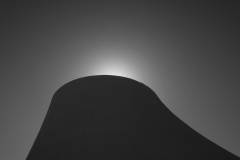 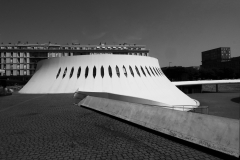 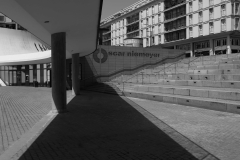 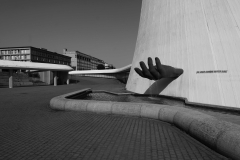 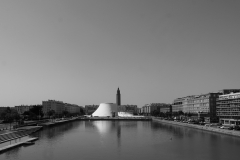 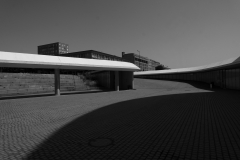 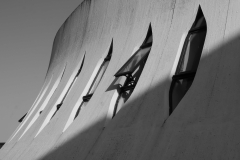 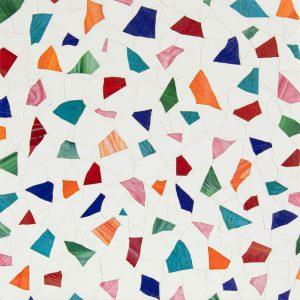 Thirty years of making mosaics may seem like a lifetime, but in the whole history of decorative arts, it’s a drop in the bucket. Still,...