Nancy Gong create arts out of glass for specific environments, seeking to find the soul of a place.

“Because the majority of my work is commissioned, it’s inspired by where it’s being installed, who’s going to be experiencing it, where they’re coming from and how the building is being used,” she says.

Take, for instance, her recent installation at the Rochester Institute of Technology (RIT) in a building designed by Chaintrueil Jensen Spark Architects, with its interior lobby by Bergman Associates.

There, her 54-foot long work in glass separates offices for administrative services from an engineering innovations area.   “It’s glass in an architectural space,” she says.  “It’s about experimentation – with a flexible space for high-tech displays like demonstrations of software – versus administration.”

The client wanted her to think in terms of waves.  She responded with precisely that, but in a set of waves based on the Bose-Einstein condensate theory.  “It’s what the super collider was attempting to prove,” she says.

The images she created there symbolize areas of science that were instrumental in creating and developing new findings – in essence, the building blocks for innovation.

She also included visual references to each of the nine colleges at RIT as well, not just the engineering school.  “The imagery relates to the space, and speaks to the students about innovation,” she says.  “And it’s a coming together of art and science – an interplay with the interior space.”

Glass was specified because it was a green element for the LEED Platinum building, and because it allows an abundance of light into the interior of the building.

She worked in several locations on 13 panels of glass, each ten feet high and 5/8-inches thick, to create it.  On site, she used a chipped process, with each panel slotted into a stone wall.

“There was nothing straight about that wall,” she says.

But there was a lot of collaboration with the stonemasons. 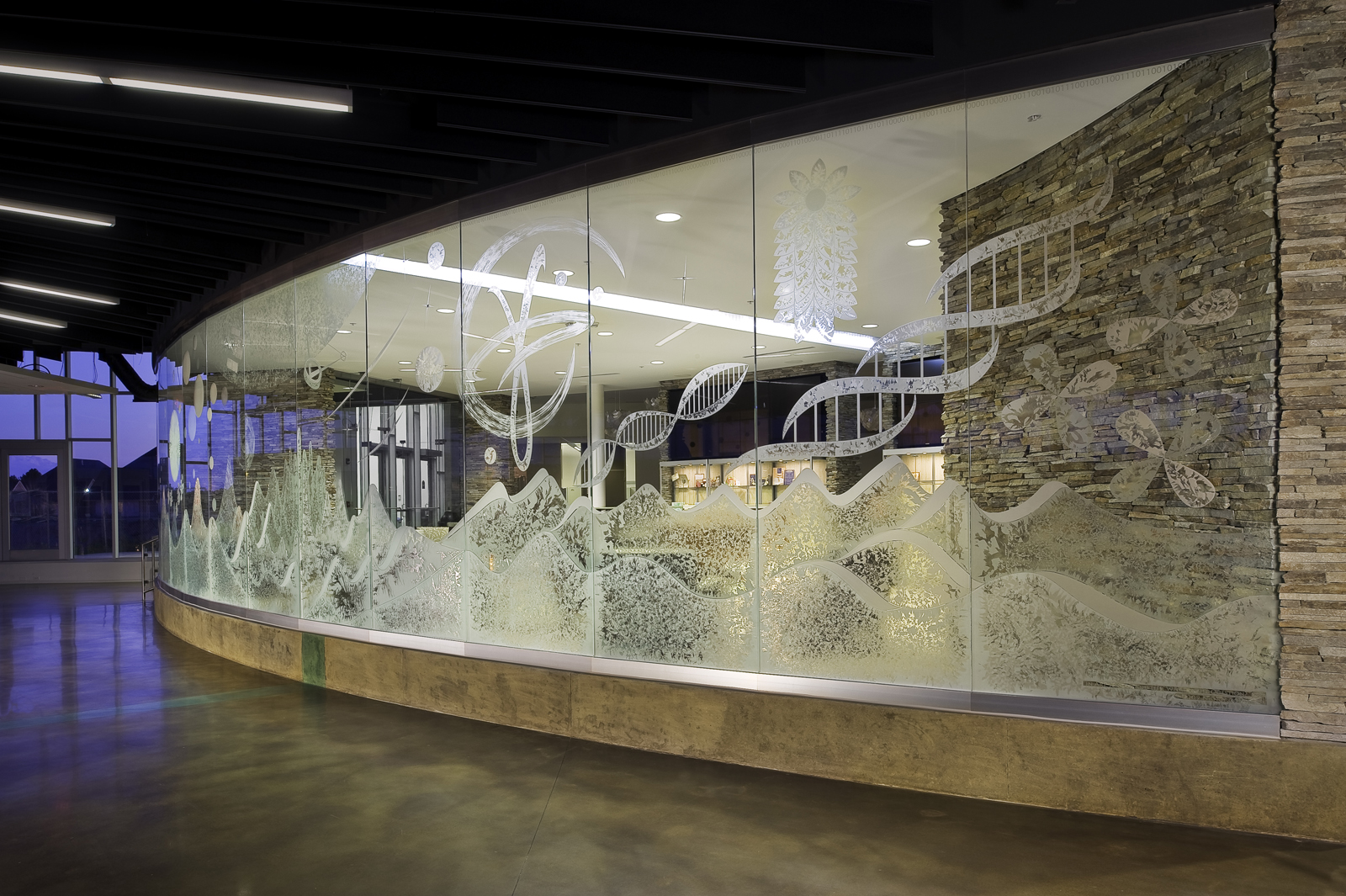 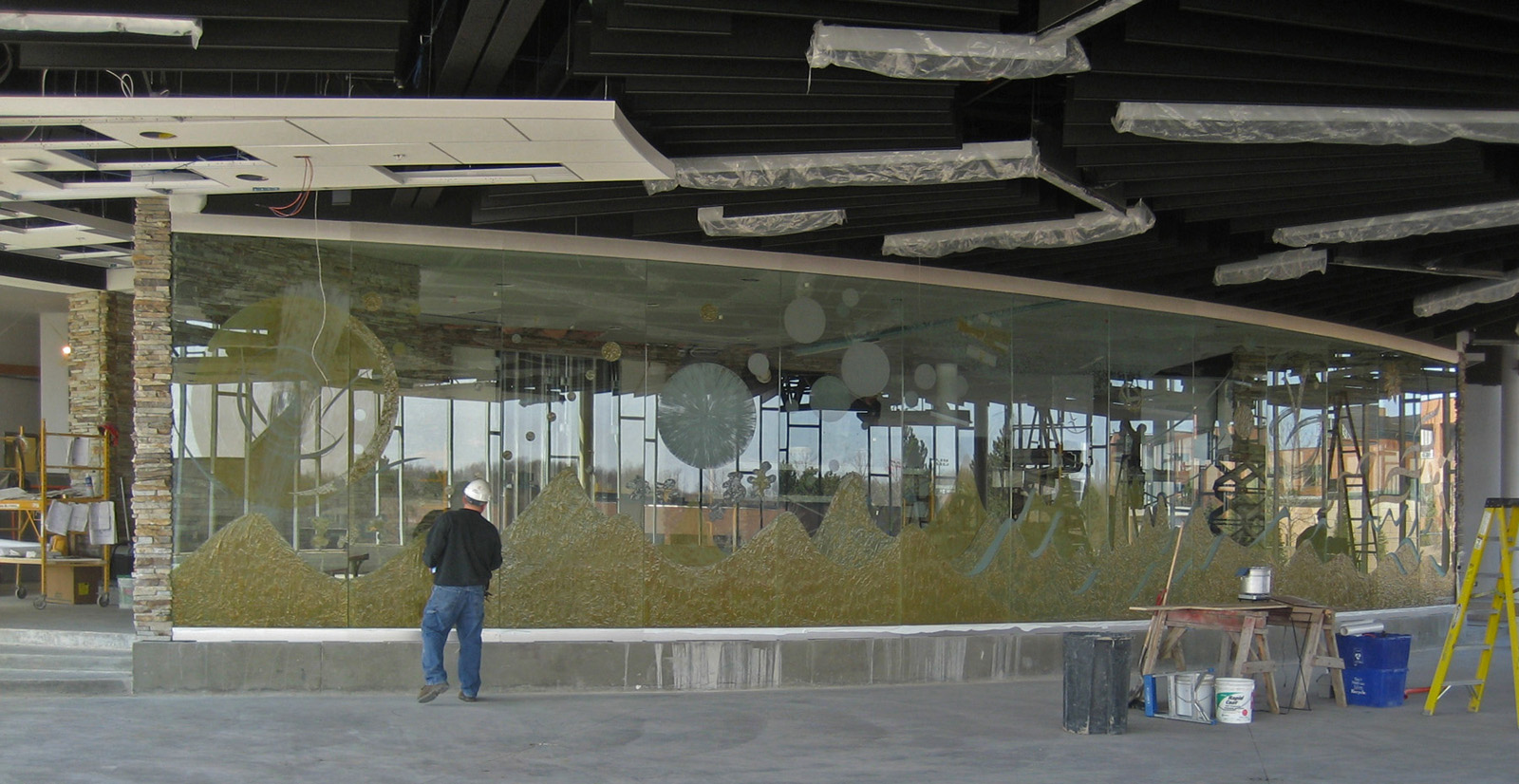 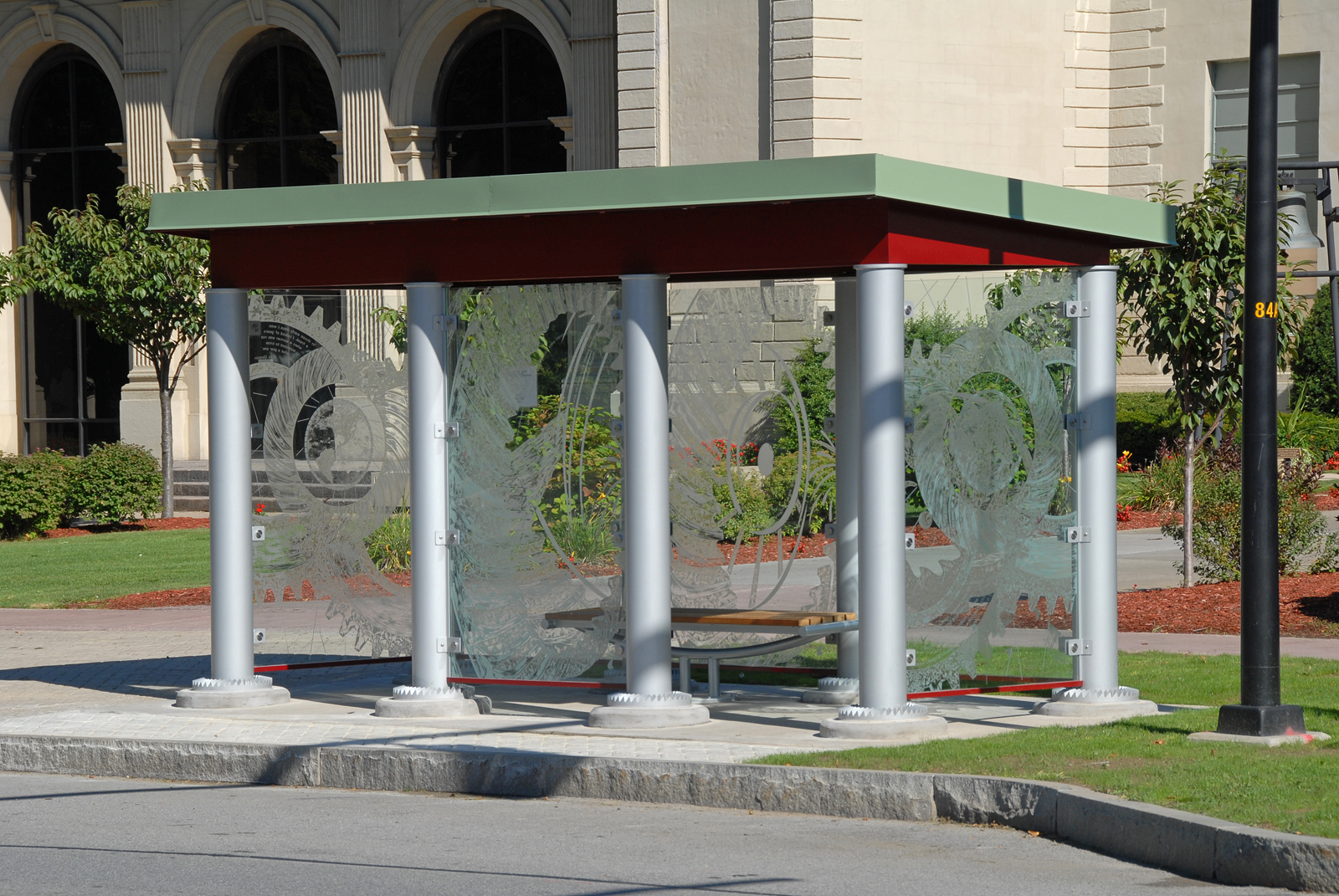 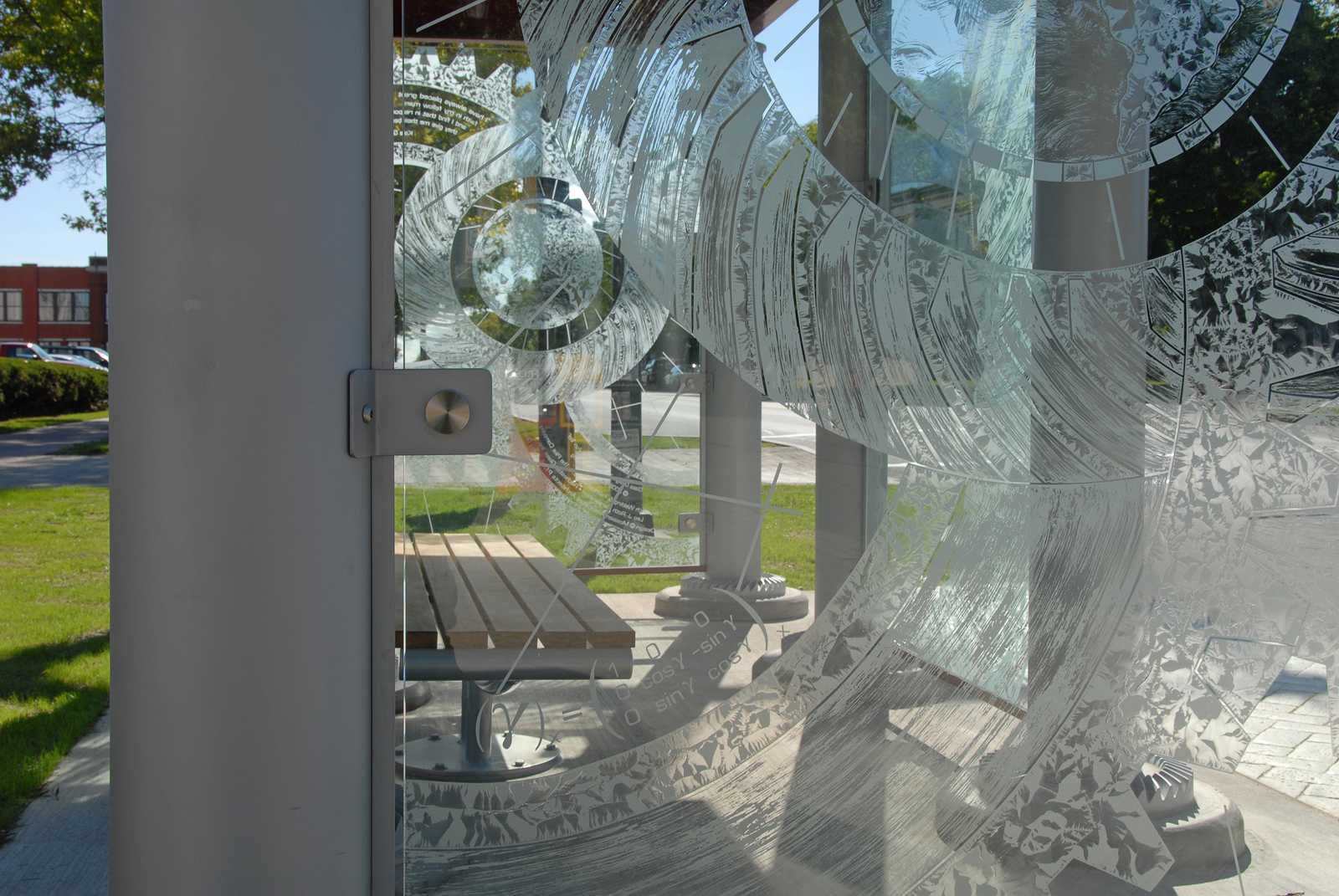 Great article on glass wall panels that are used architects use to create more light. What an amazing and unique product. For people interested in a project like this, I recommend checking out the Sweets Network from McGraw-Hill, my employer. They have a great list of wall panels from trusted manufacturers. Check it out!

Nancy’s work is wonderful and perfectly matched with its context. Congratulations on a beautifully integrated collaboration with the client. 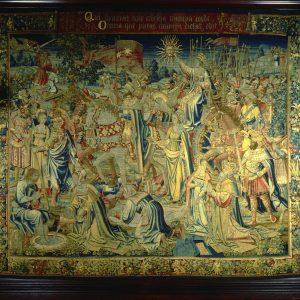 One of the most comfortable and revealing rooms at Biltmore Estate in Asheville, N.C. is not really a room at all, but a passageway...