Once upon a midnight dreary, while I pondered, weak and weary,

Over many a quaint and curious volume of forgotten lore—

While I nodded, nearly napping, suddenly there came a tapping,

As of some one gently rapping, rapping at my chamber door.

“’Tis some visitor,” I muttered, “tapping at my chamber door—

Only this and nothing more.”

There are, evidently, a number of unabashed Edgar Allan Poe fans at Bella Notte Linens in San Francisco.

How else to explain their newfound expression of black in textures and fabrics? As in Corvino – or Raven, in the Italian vernacular?

“We felt that it came from our name, which is Bella Notte or Beautiful Night in Italian,” says Heather Asker, Bella Notte’s merchandising and marketing manager. “We lean toward other vernacular from the Italian language, and as soon as we put it on our list, it made the short list – and then it was at the top.”

They call it a “clean” black. They say it’s intense and striking in silk velvet, moody and unpretentious in linen, and sleek and sultry in cotton sateen and Tencel. Corvino, they say, demonstrates its tonal range in an elegant fashion.

But really, it’s dark – a tone that’s both a color and not a color.

Deep into that darkness peering, long I stood there wondering, fearing,

Doubting, dreaming dreams no mortal ever dared to dream before;

But the silence was unbroken, and the stillness gave no token,

And the only word there spoken was the whispered word, “Lenore?”

This I whispered, and an echo murmured back the word, “Lenore!” –

Merely this and nothing more.

And sure, they try to dress it up as fashion – and even literature. “We’re trying to achieve the element of the little black dress, or the period at the end of the sentence,” she says. “We’re working on it in our showroom in Dallas and it’s fun to have that dark tone for emphasis, and it works with the other tones really well.”

Open here I flung the shutter, when, with many a flirt and flutter,

In there stepped a stately Raven of the saintly days of yore;

Not the least obeisance made he; not a minute stopped or stayed he;

But, with mien of lord or lady, perched above my chamber door—

Perched upon a bust of Pallas just above my chamber door—

Perched, and sat, and nothing more.

And at that showroom at the Dallas – not the Pallas – Market Center, they’re developing some new vibes. “On one bed we developed Corvino as the main accent, with bright pops of color,” she says. “And another bed was somewhat less colorful for a noir feel, with an Art Deco, glamorous, clean and elegant look.”

Then this ebony bird beguiling my sad fancy into smiling,

By the grave and stern decorum of the countenance it wore,

“Though thy crest be shorn and shaven, thou,” I said, “art sure no craven,

Ghastly grim and ancient Raven wandering from the Nightly shore—

Tell me what thy lordly name is on the Night’s Plutonian shore!”

It’s a coincidence, they say, that Corvino is launching in October, with Halloween just around the corner. And that it arrives just a few weeks before Tim Burton’s “Wednesday” debuts on television. His new series is based on Wednesday Addams from The Addams family. This, from the man who gave us “Beetlejuice” and “Dark Shadows.”

This I sat engaged in guessing, but no syllable expressing

To the fowl whose fiery eyes now burned into my bosom’s core;

This and more I sat divining, with my head at ease reclining

On the cushion’s velvet lining that the lamp-light gloated o’er,

But whose velvet-violet lining with the lamp-light gloating o’er,

She shall press, ah, nevermore!

At any rate, the good people at Bella Notte see a bright future for this darkest of nocturnal colors. “It’s for everybody,” she says. “A black tone is necessary for any palette, and will be just as classic and timeless as a clean and crisp white.”

Corvino will be favored by some more than others, she adds, but there’s something there for everybody – and for a long time to come.

On the pallid bust of Pallas just above my chamber door;

And his eyes have all the seeming of a demon’s that is dreaming,

And the lamp-light o’er him streaming throws his shadow on the floor; 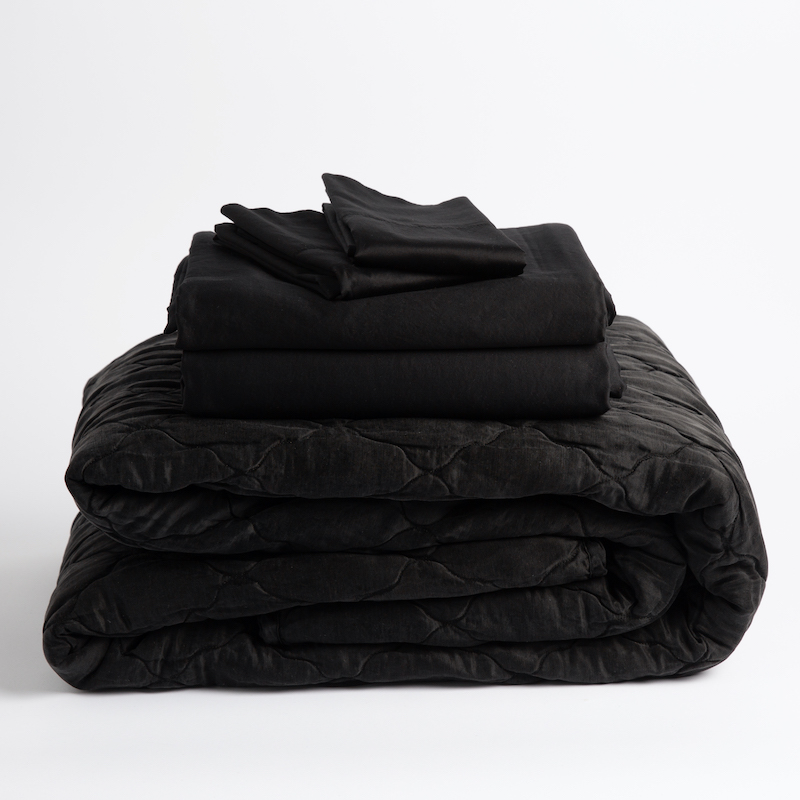 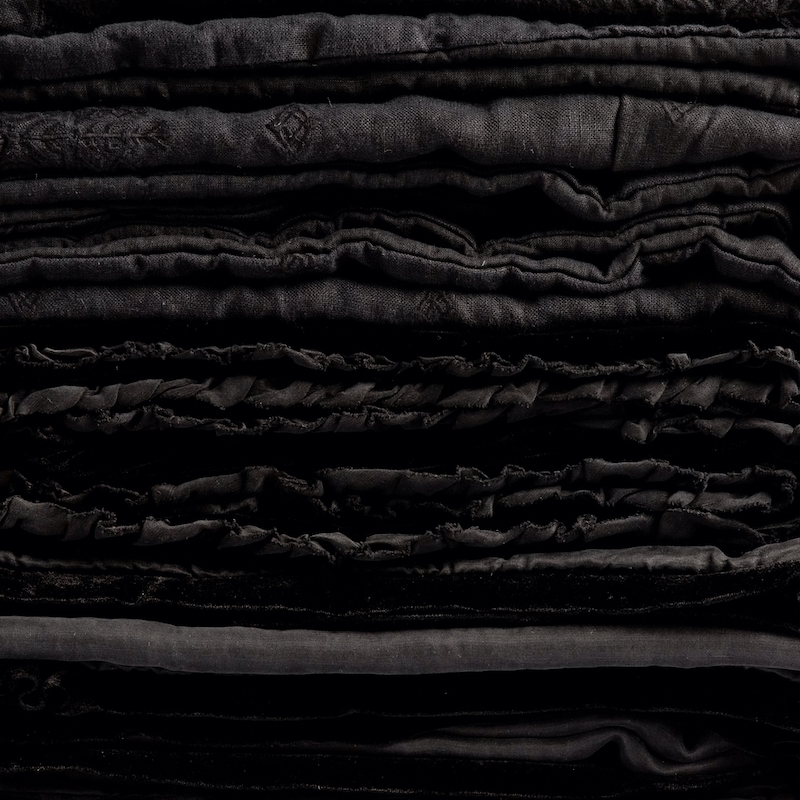 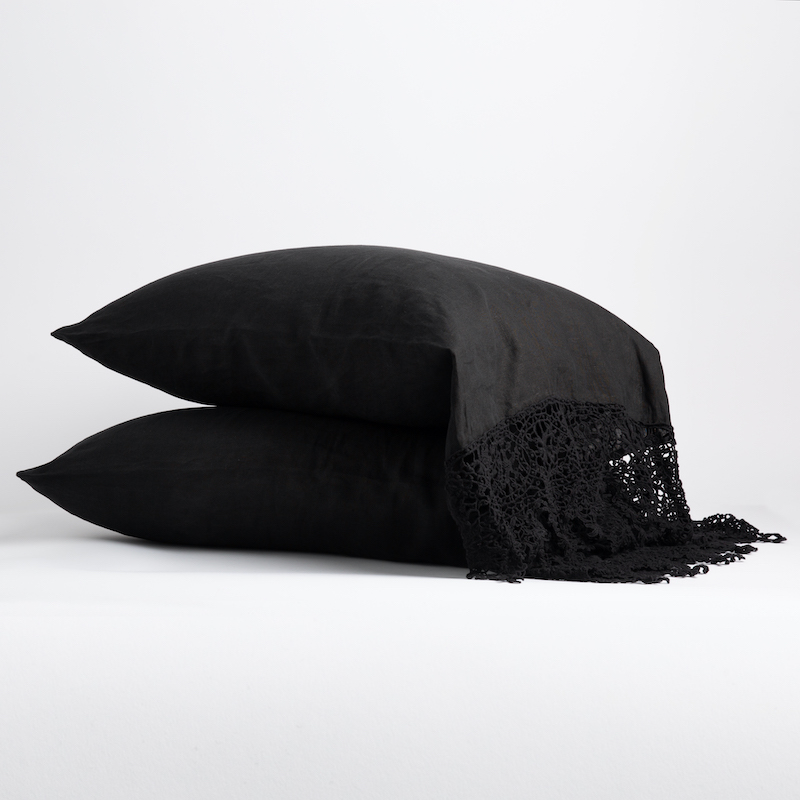 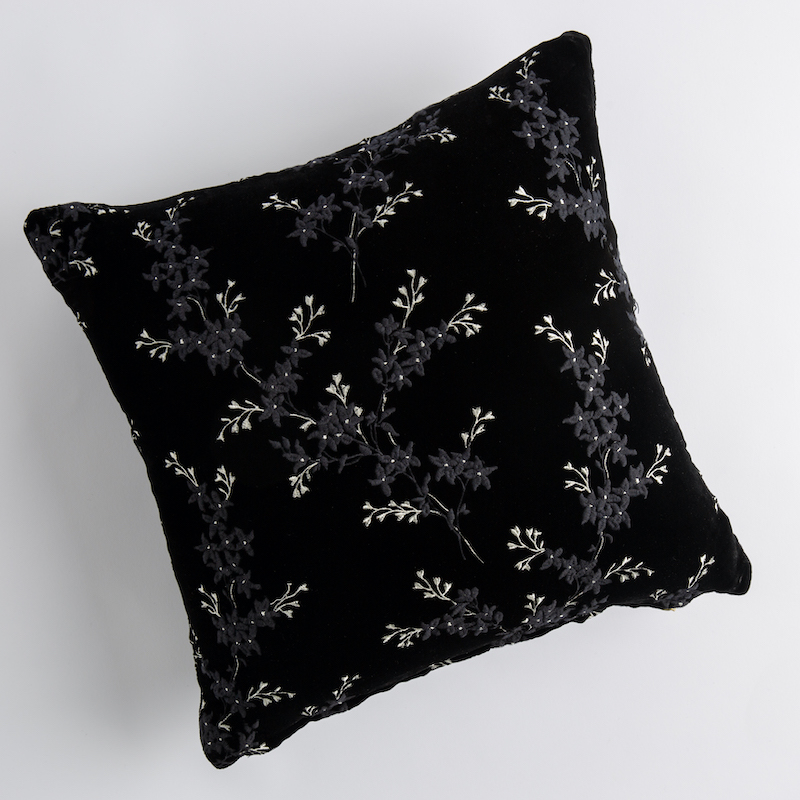 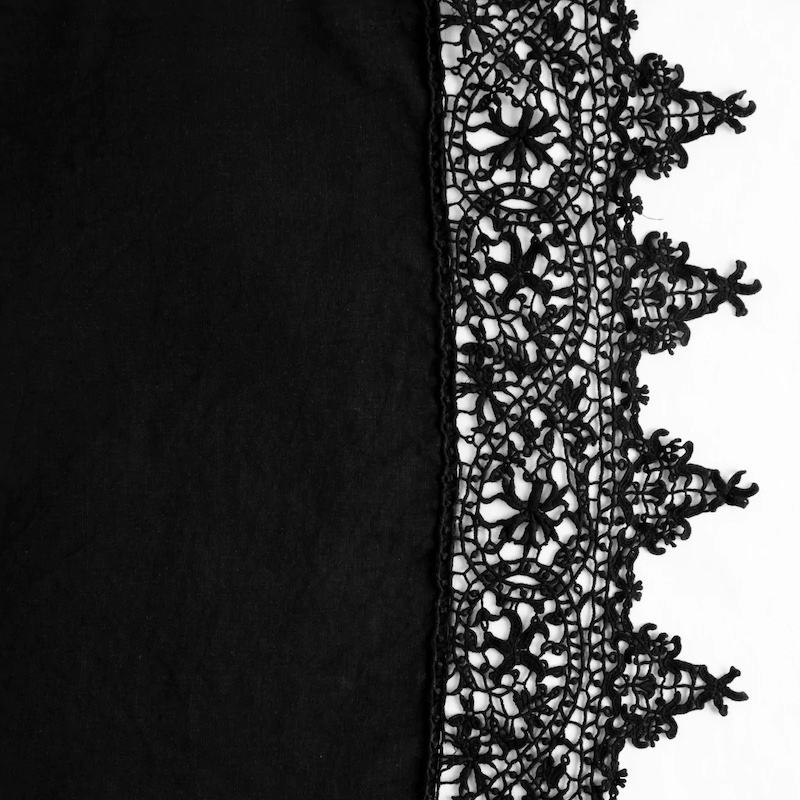 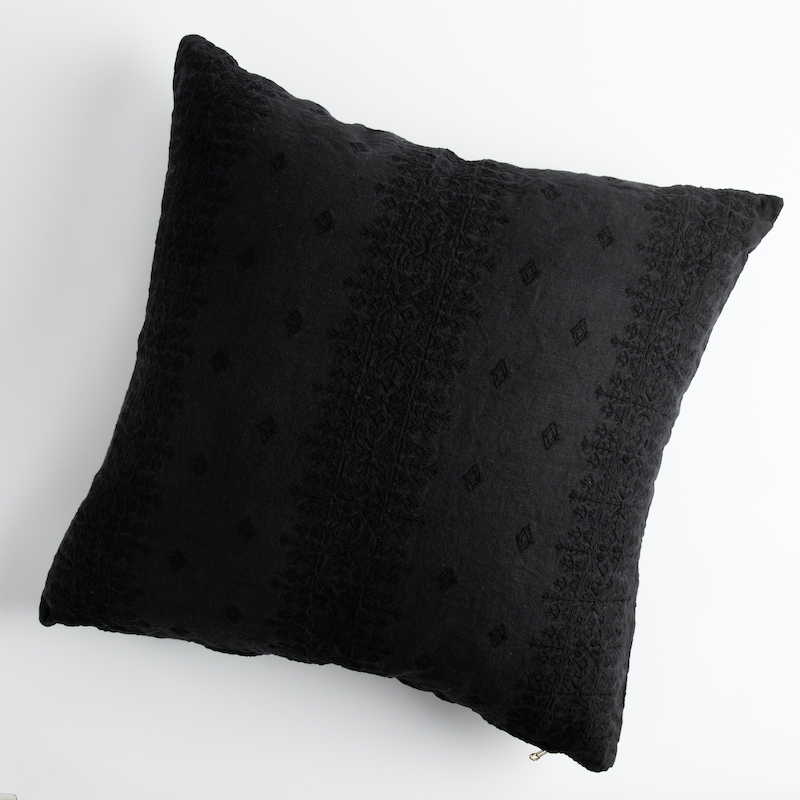 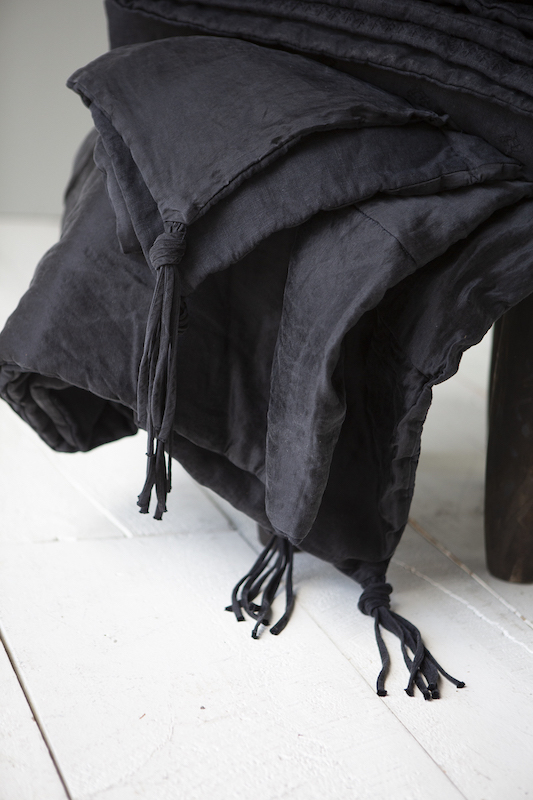 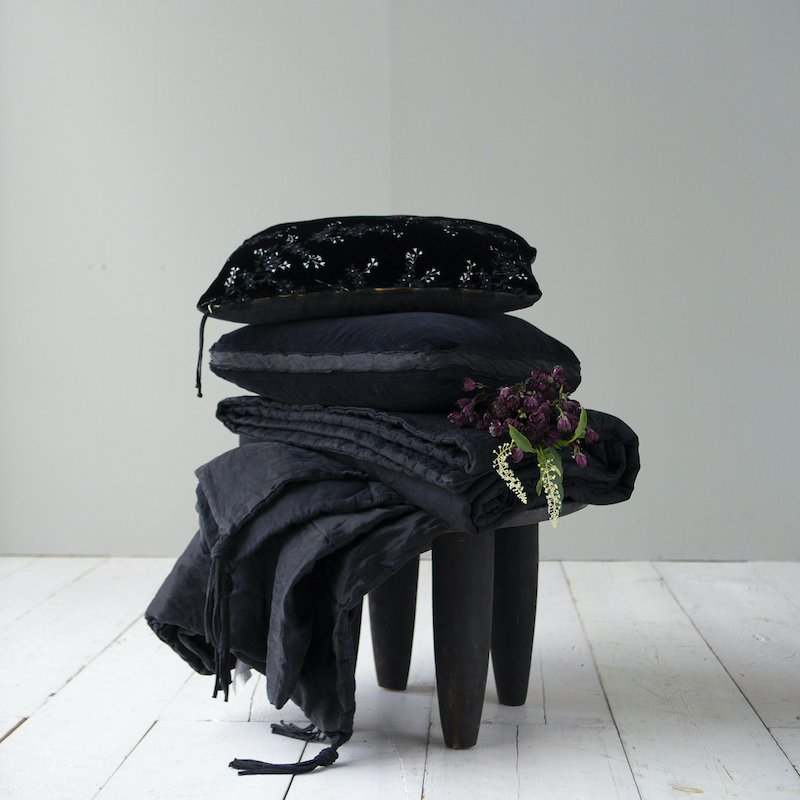 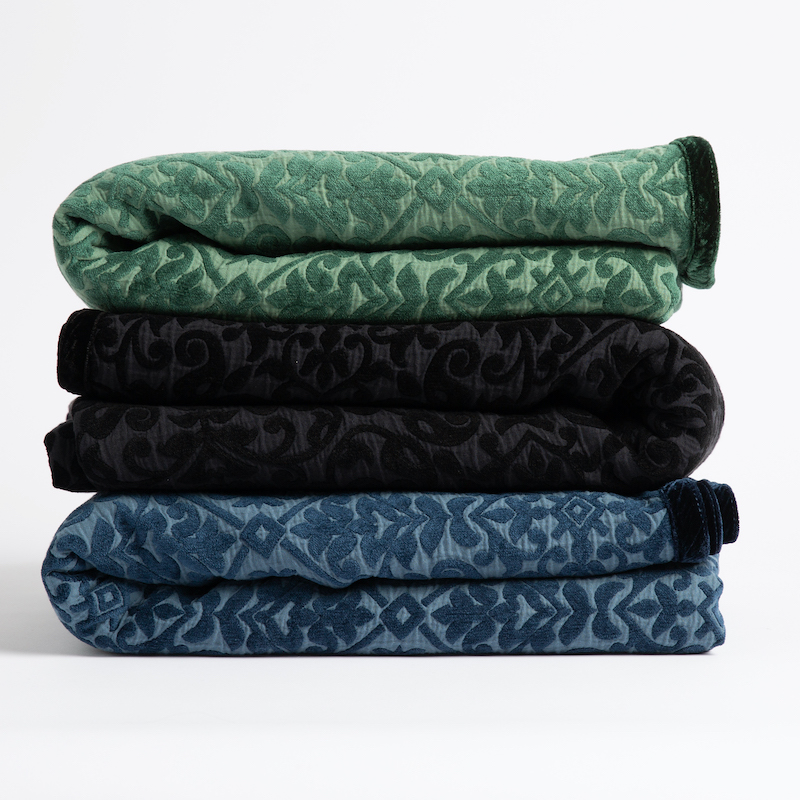 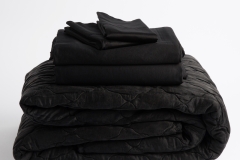 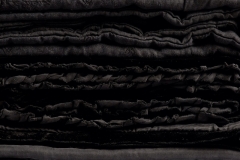 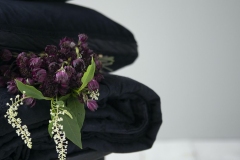 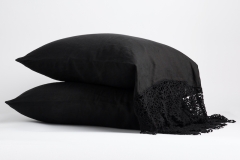 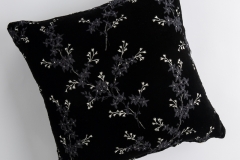 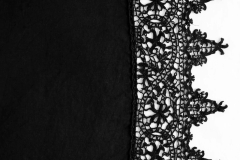 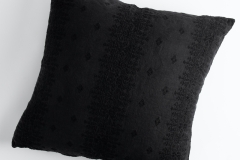 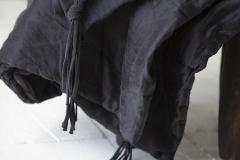 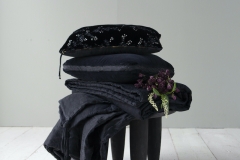 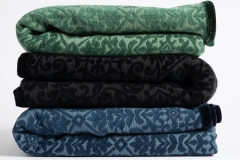 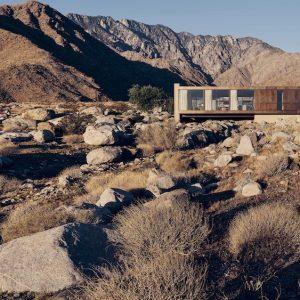 Two USC School of Architecture students, separated by a continent after graduation, eventually got back together in L.A....