Glass and Stone from Hearst Castle

Deborah Osburn’s Tilevera has been producing works in stone  for a quarter-century now, but today her newest efforts are bringing to market a collection of designs that might turn even the head of Charles Foster Kane.

She’s been licensed to reproduce glass, wood and stone designed by Julia Morgan, the first woman to graduate from the Ecole des Beaux Arts and the architect selected by William Randolph Hearst to work on the design of San Simeon.

Morgan would spend the years between 1919 and 1947 working on the project, but never completely finishing it.  With studios in San Francisco and Berkeley, she’d work there during the week and take a train up to the property on the weekends.

“She was also a civil engineer – she did the road from the coast up to the castle, and figured out how to bring water up there,” Osburn says.  “She did it all as a weekender.”

Tilevera’s hand-picked artisans are now producing four Hearst Collections of Morgan’s designs for San Simeon.  Among them is a group of stone pavers, hand painted, carved and shaped.  There are also metal tiles, rosettes and inserts mostly made of bronze.

But the piece de resistance lies within the Venetian glass used to reproduce the designs within the castle’s Roman pool, inspired by a Carvaggio painting.  “It’s clad in smalti, many of the pieces 24-karat gold,” she says.  “The figures and embellishments were created in drawings by Julia Morgan, and hand set by California artisans.”

Tilevera can reproduce the designs in the original smalti tiles from a studio in Venice, and reproduce any portion of the pool.

The fourth group is a mercury glass tile selection inspired by the ancient mirrors Morgan placed throughout the castle.  “It’s probably the best seller,” she says.  “It’s a trend in décor right now.”

Most of the collection calls to mind the iconic designs that are memorable to visitors to the castle.  Tilevera has begun its work with images that people recognize as Morgan’s work.

Royalties from the collection are returned to the castle, to supplement funds it earns as one of the primary moneymakers for the state’s system of public parks.

And worthy, perhaps, of a front-page  feature in Kane’s New York Inquirer?

For more information, go to http://hearstcastlecollection.tilevera.com/Welcome.html 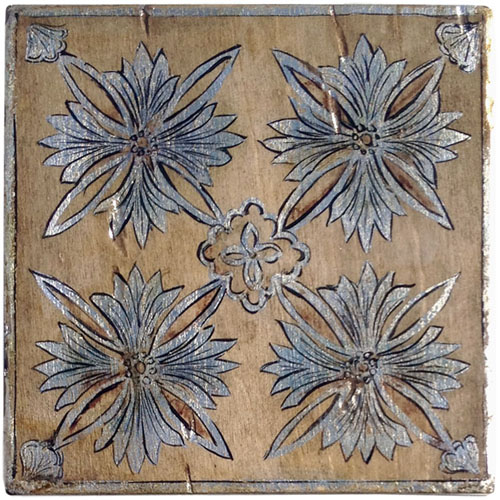 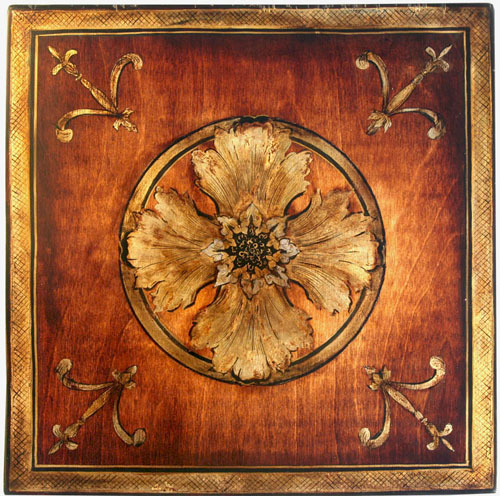 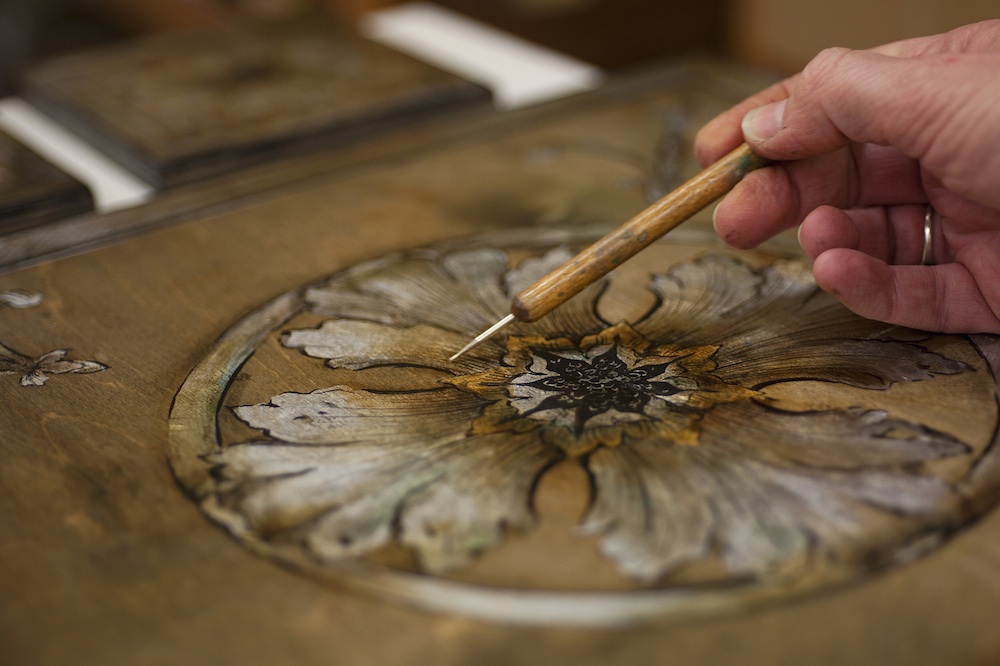 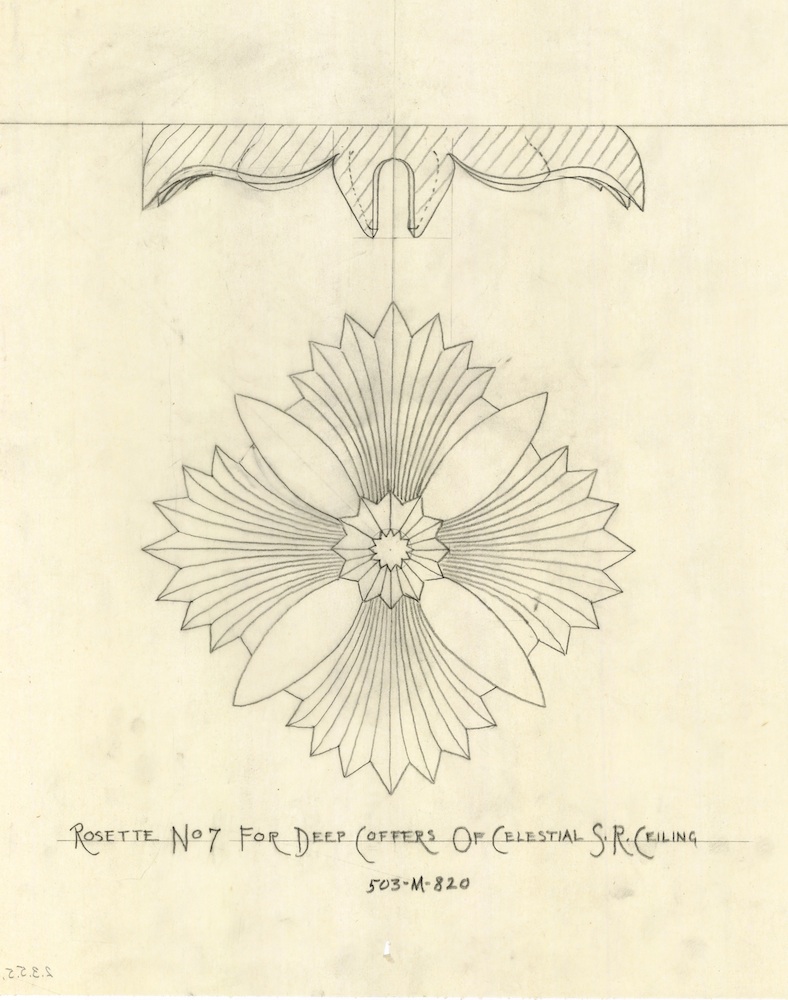 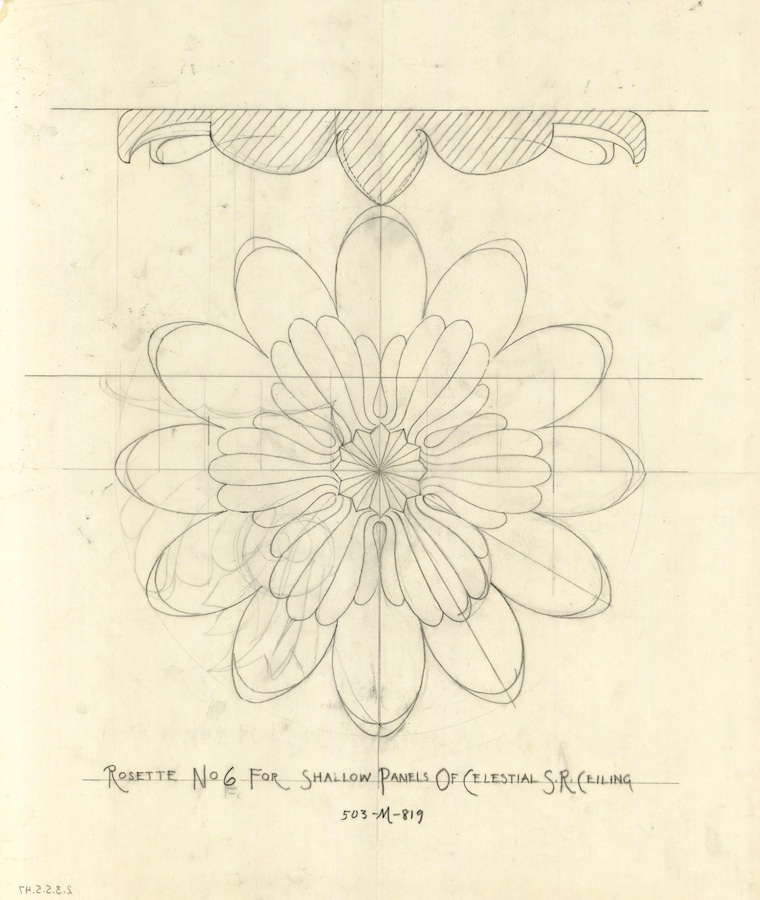 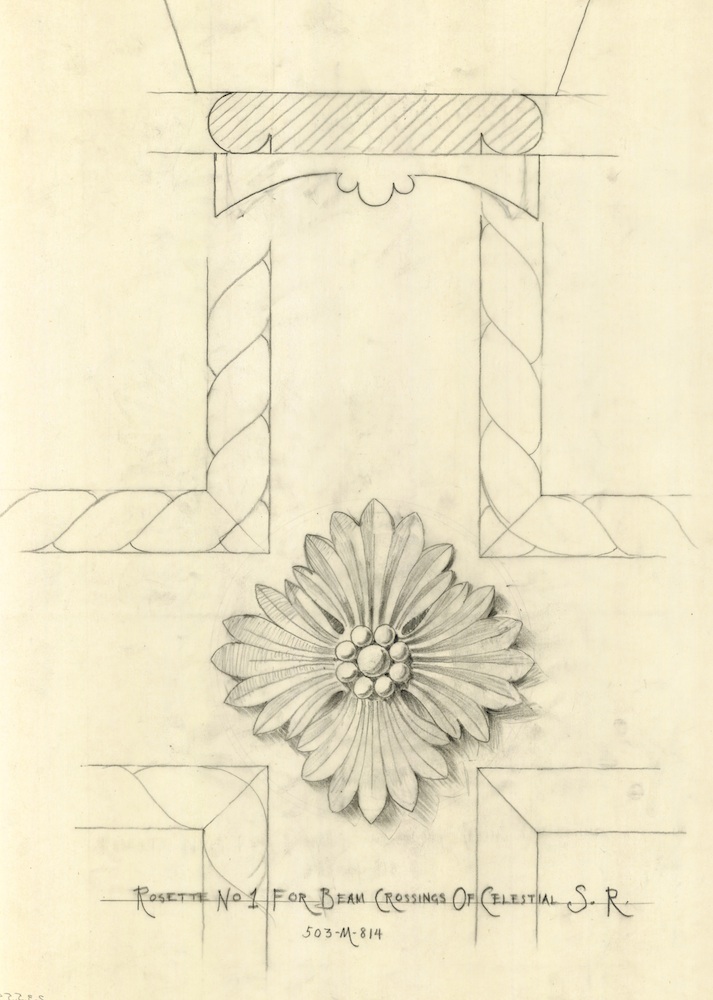 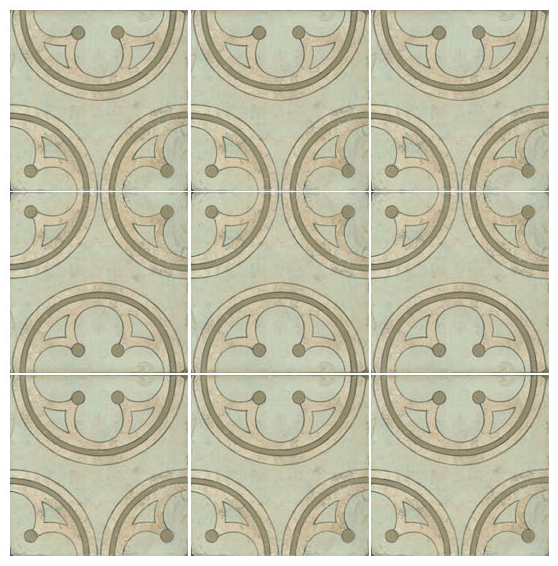 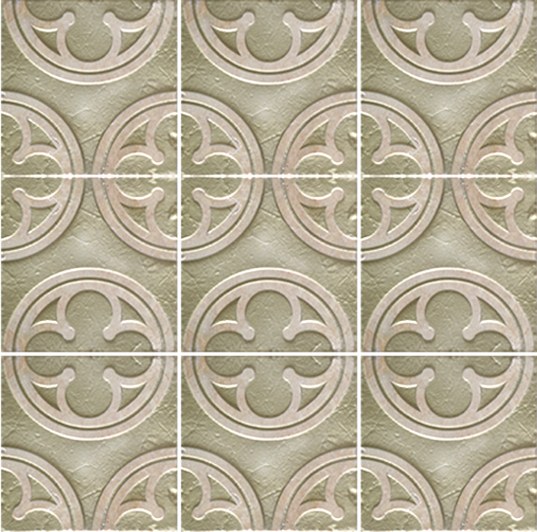 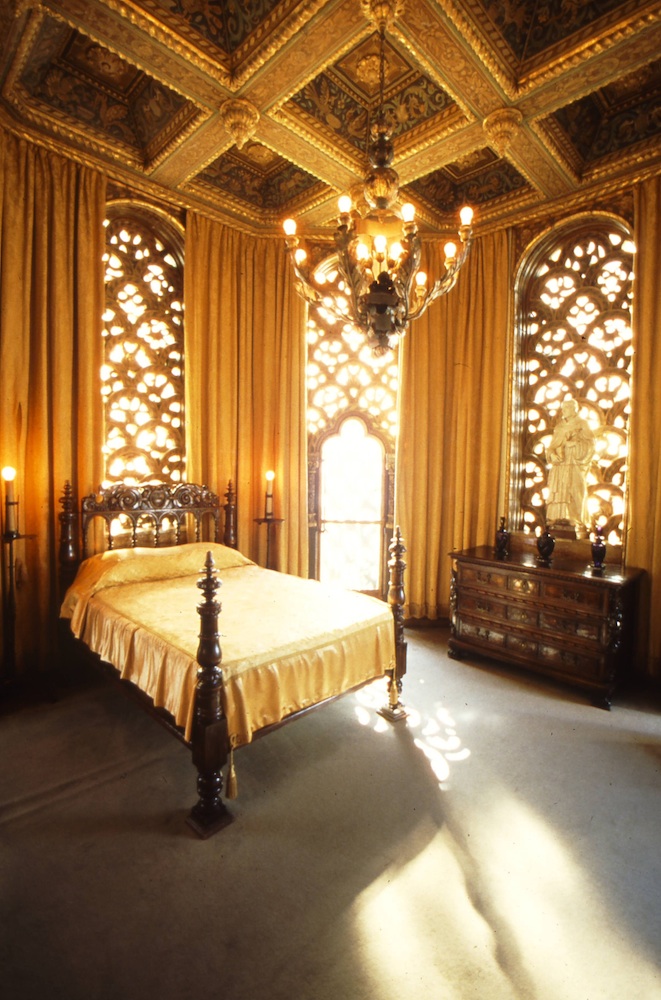 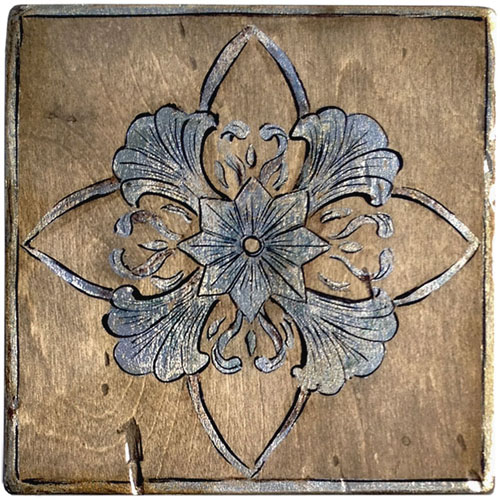 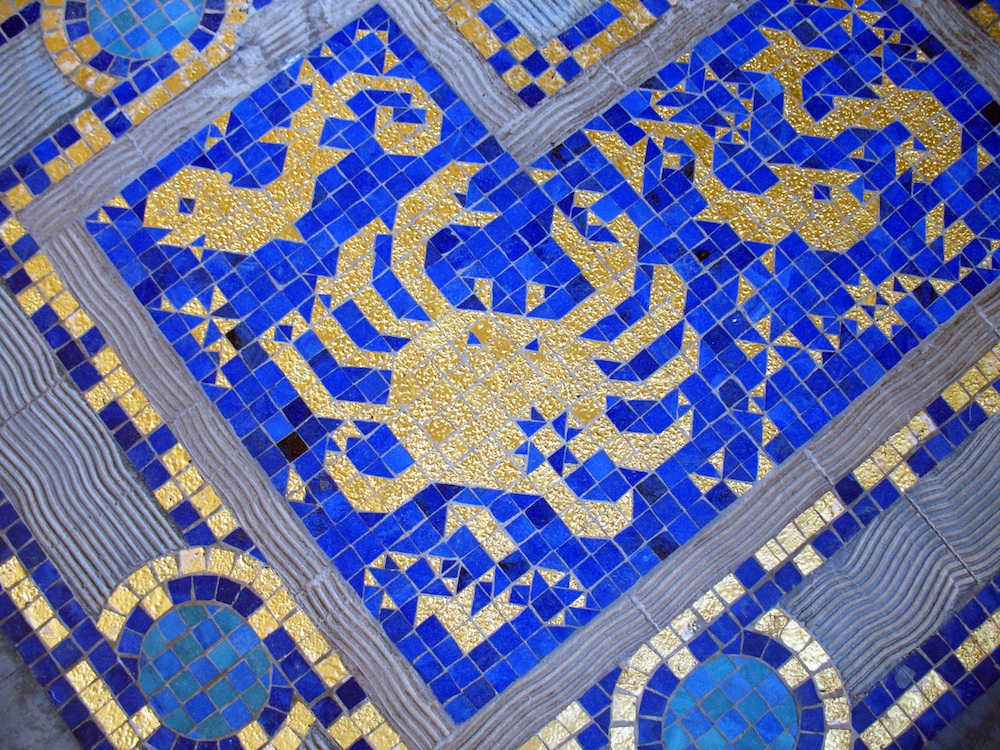 In Dallas, a Bridge by Calatrava

Mike, so many thanks for the support of the Hearst Castle works and Tilevera and for the generosity and promotion towards Jacqueline Moore Designs. This collaboration is a beautiful liaise and my studio is so happy to link with Deborah Osburn, Tilevera and Hearst, and be showcased in such a way as this. Great feature!!!

Mike, the pics and the prose are great. thx for that. hoping you had a great trip and looking forward to hosting you on a private Hearst Castle tour if you have time on your next California journey. JoAnn can lead the way!

It’s a dream team lineup for at least one gifted designer. Dwell magazine, Design Within Reach (DWR) and WantedDesign...