They call it “Twitch.”

It’s named for a beloved cat left behind long ago in Richmond, Va., before a seminal move to the West Coast.

Years in the making, it’s only the third in a series that the Oregon-based team of artist Amy Crehore and luthier Lou Reimuller have created for their “Tickler” collection.

“It’s a carryover from my paintings with nudes and cats and monkeys, along the lines of what I’ve been doing all along,” says Crehore, whose work has appeared in exhibitions coast-to-coast – and in the pages of The New York Times, Rolling Stone and Texas Monthly.

It was built by Reimuller, her partner. “He worked on it part time in his off  hours, a step at a time to get it the way we wanted,” she says. “It was a labor of love.”

Indeed. Reimuller used a number of kinds of woods, some commonplace and others very obscure. There’s mahogany on the sides and another iridescent, figured mahogany on the back, one that glows and shimmers when held to the light. The ears of the “Twitch” cat fit neatly into the shape of the headstock, a unique Crehore design. The quality maple on top was thinned so that the sound of the instrument is very responsive. And Crehore used oil paint directly on the maple and sealed it with polyurethane varnish.

There’s another wood called “stabilized green dyed figured maple” that Reimuller found at a knife show, then sliced it from a block and used it for the end graft and the heel cap.

Not to mention the little sculpted bow tie

“He polished the bow tie so it almost looks like malachite,” she says. “The bridge is ebony. He carved it – it’s a mustache bridge, that’s what it is, and it’s my design.”

Their collaboration might not be an obsession, but it could be called something of a compulsion, if a deliberate and highly sophisticated one.

“It’s like inventing something and using Lou’s skills, because he’s kind of a sculptor too, and I’m a painter,” she says. “We’re merging music, cats, instruments, and the history of art and design – and it comes out as this uke.” 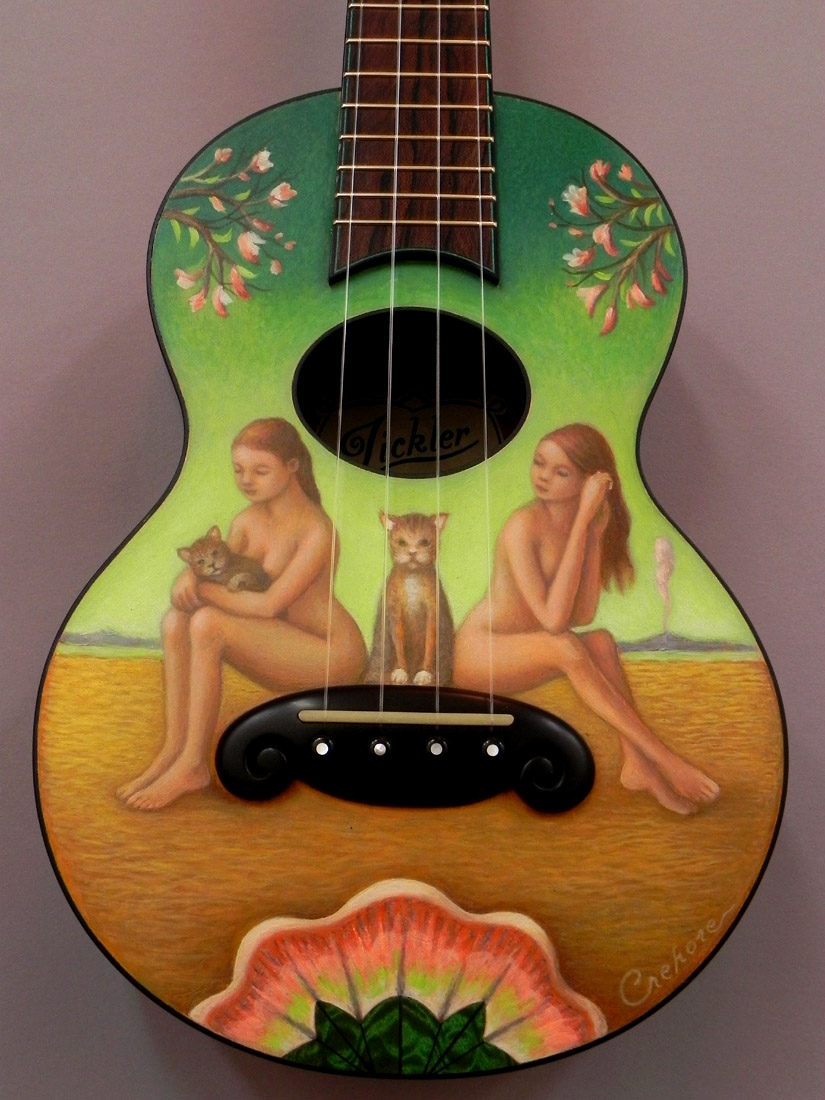 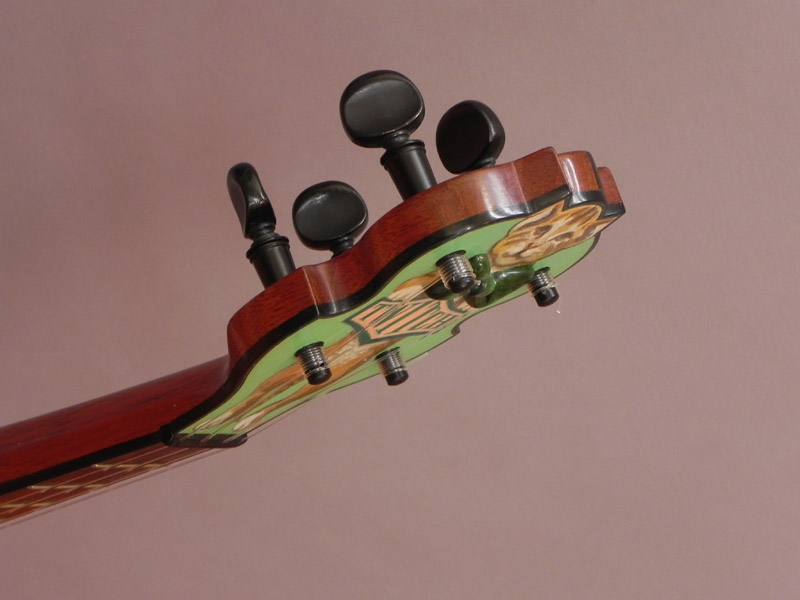 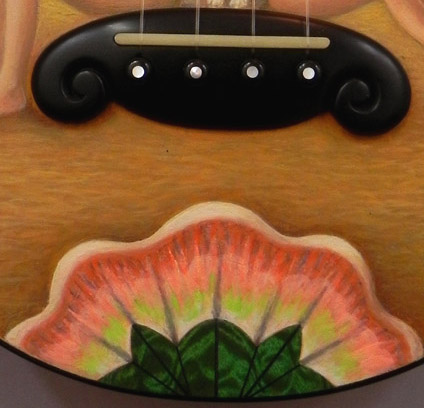 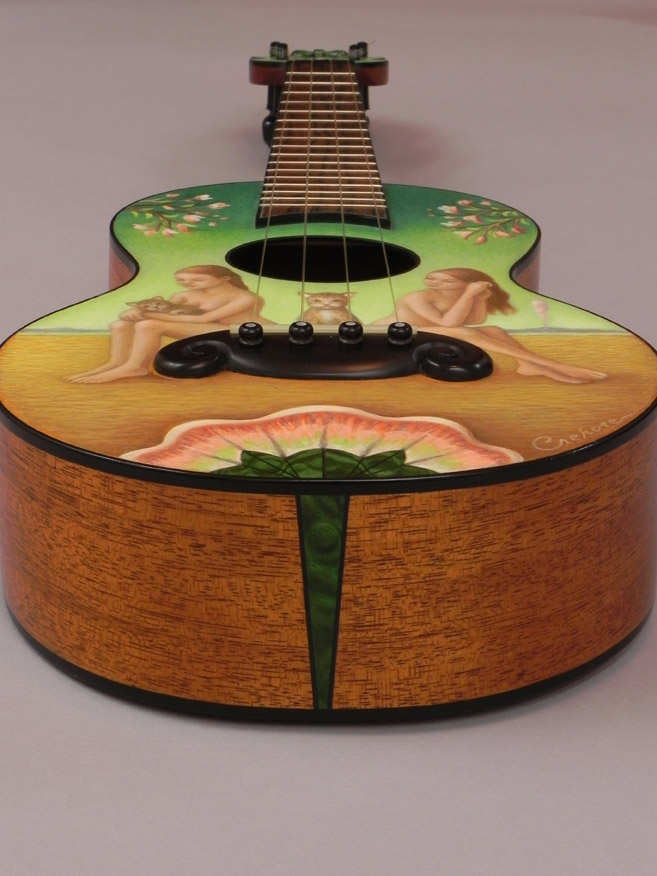 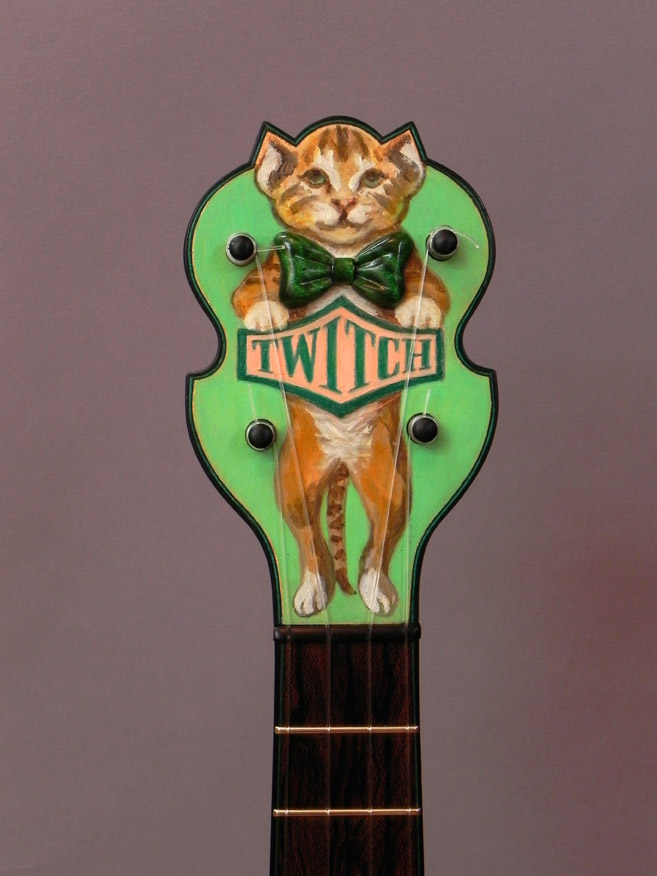 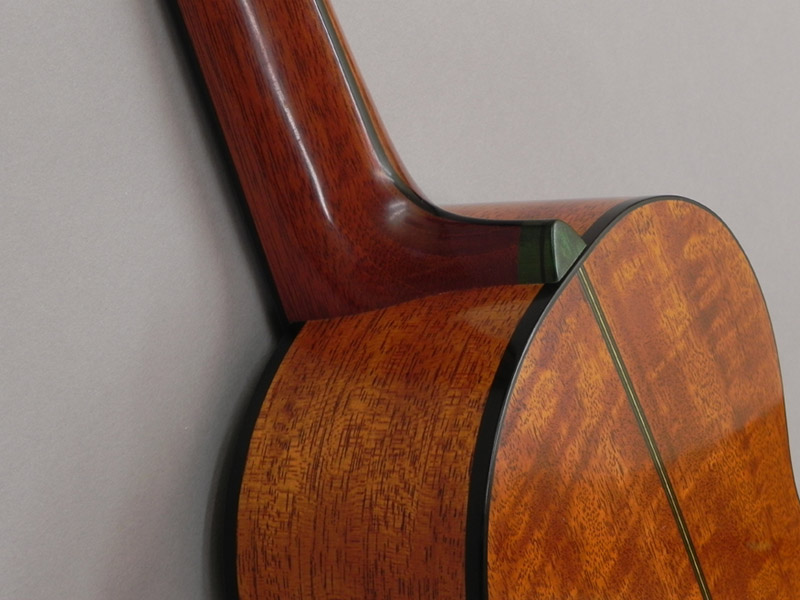 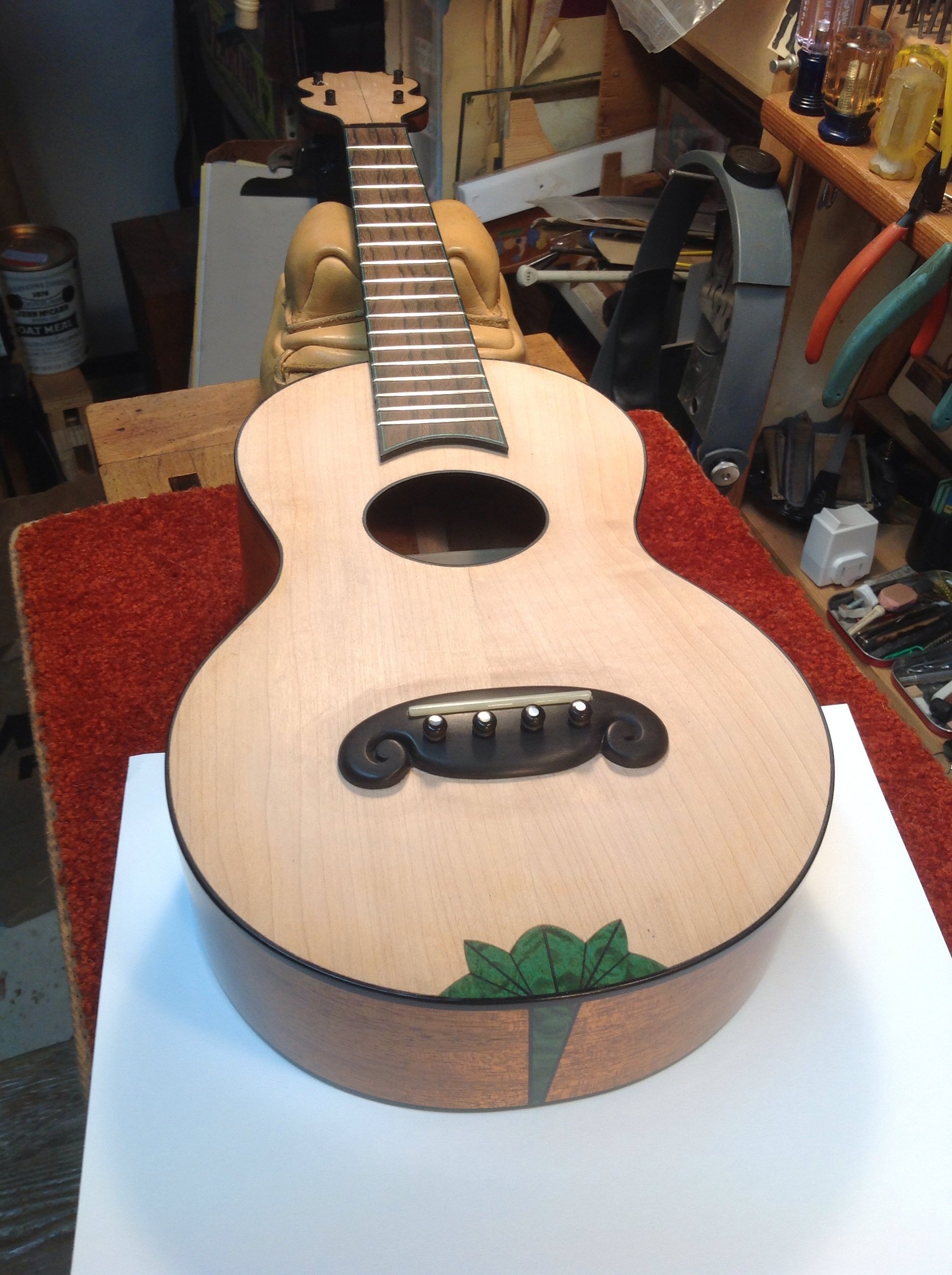 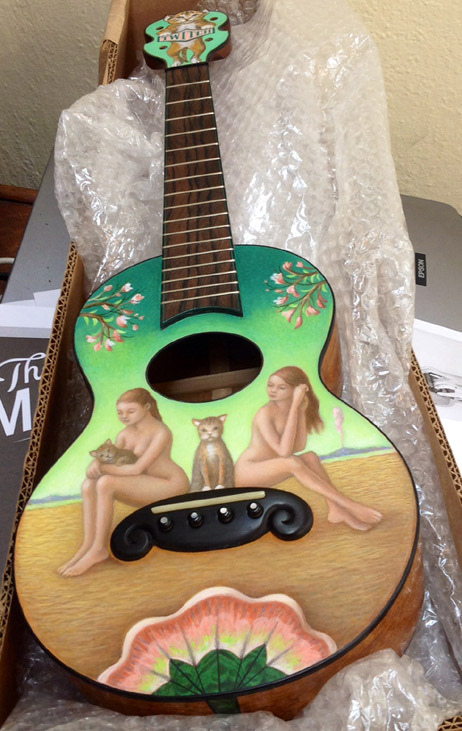 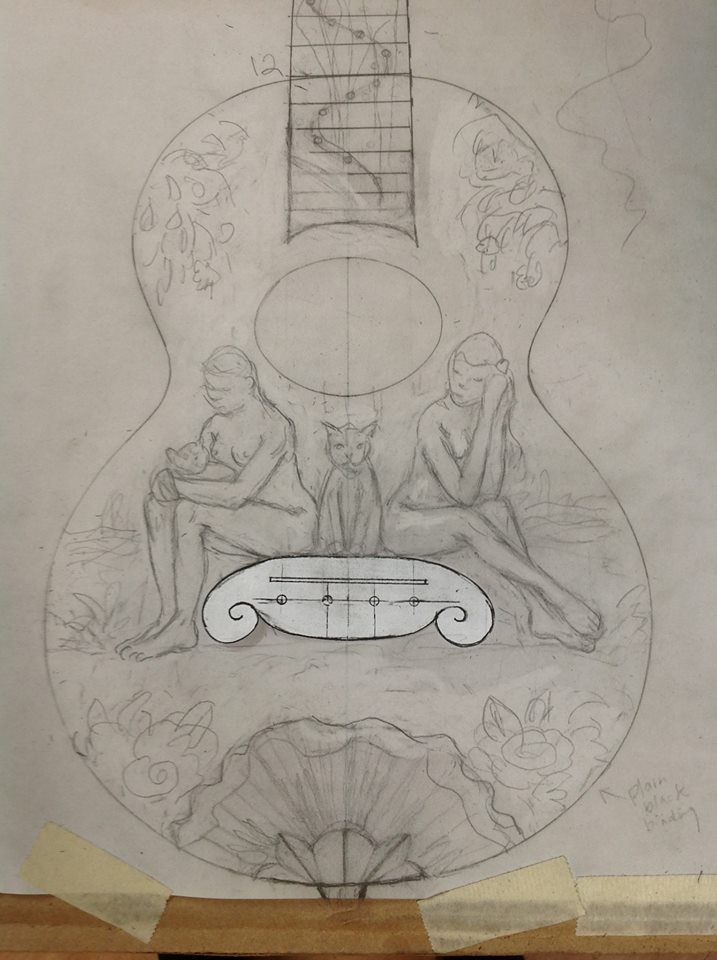 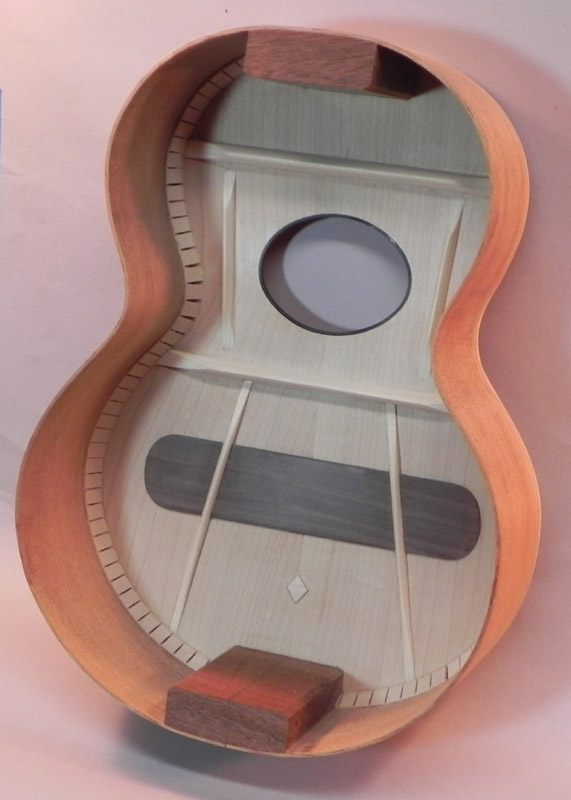 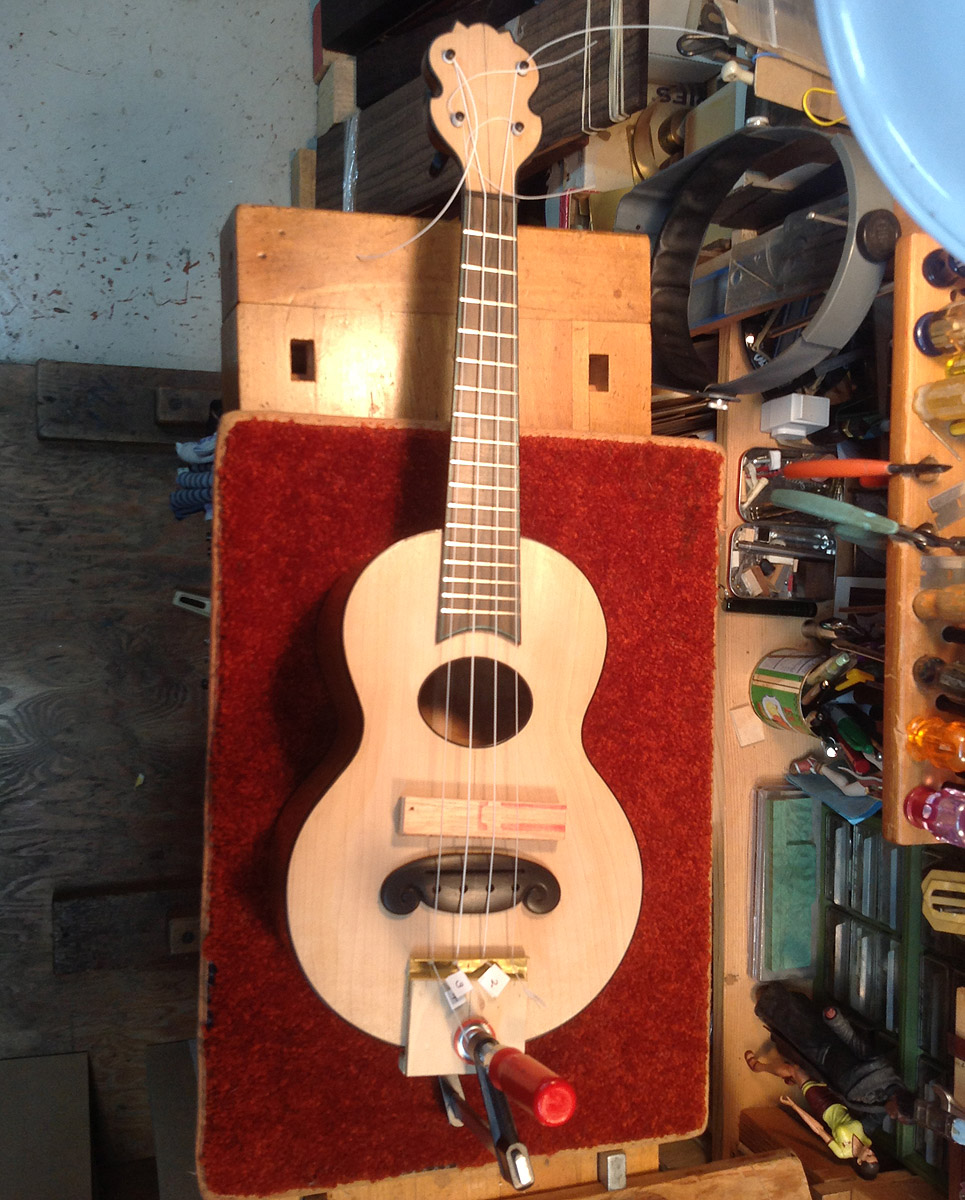 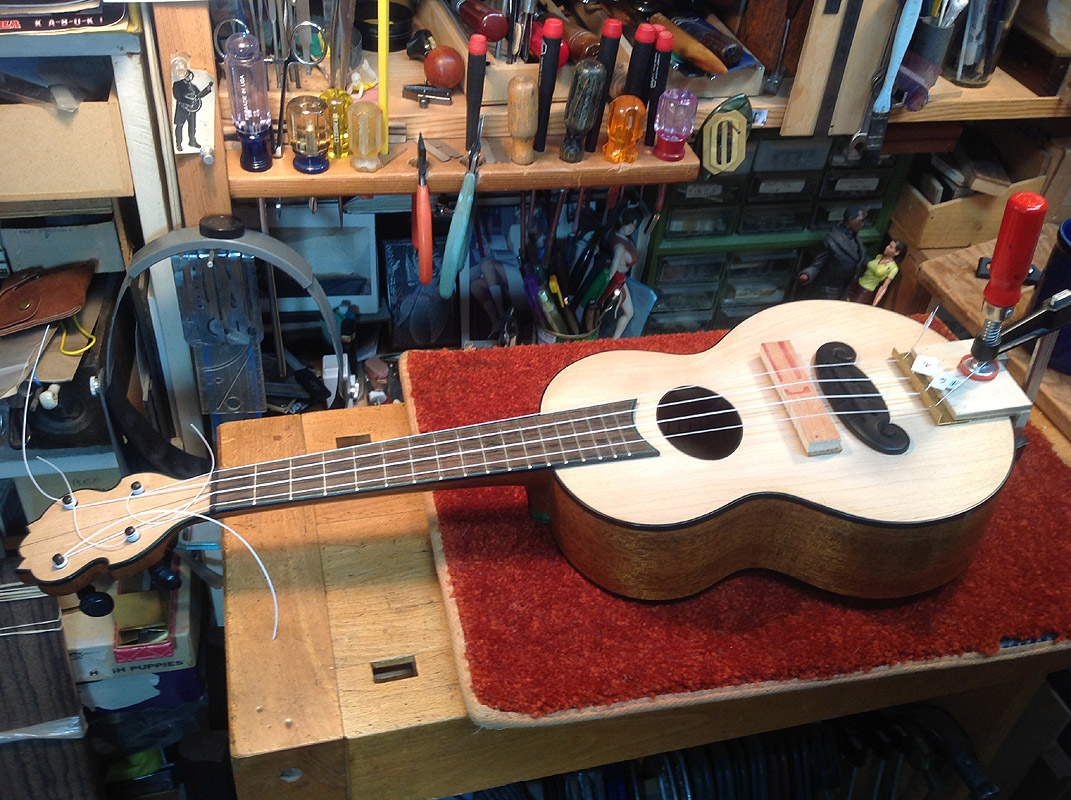 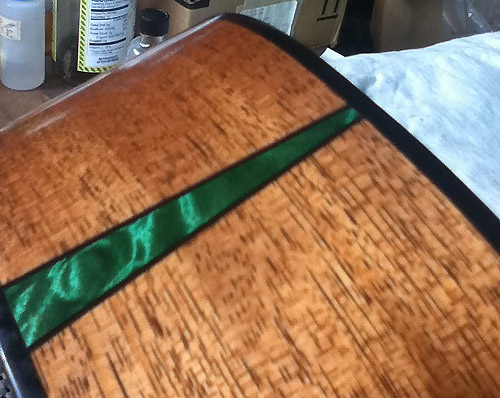 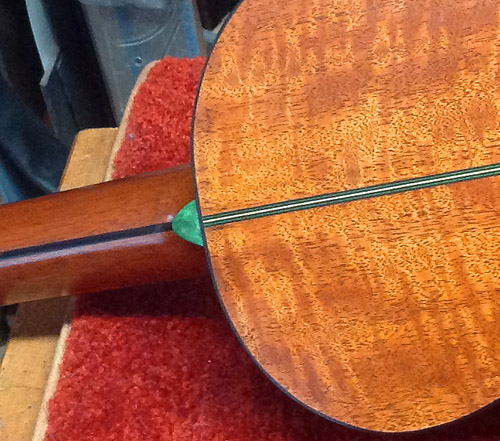 First there were the New York Five in the early 1970s. Then came the Chicago Seven, not long afterwards. Then in the early...