Trained in graphic arts at N.C. State’s College of Design, Deneé Black graduated and went to work on magazines to pay off student loans.

It was not to be.

“I thought: ‘Oh I can get a job and make some money,’ but it was too sterile for me, sitting at a computer all day,” she says.

She needed a kind of interaction that was way more tactile than that.

In 2008 she began to paint, and to take photographs. Then she switched up the sequence and added screen printing to the mix.  And her photographs became blueprints for her paintings.

For her City Space series of painting, she began to take photographs of downtown buildings, first without people, and then with them.

“It’s hard not to have people in them, but I didn’t want that reference,” she says. “A couple of times, I got people into the photographs, and took them home and realized it was really nice: They were walking through and bringing an energy to the scene.”

So she photographs her buildings and her beaches and her people now, screen-printing them onto 90-pound, acid-free paper, 16 by 20 inches. She’ll make a series of prints, and then paint onto each one.

“I treat like them paintings, like works of art,” she says. “I paint behind them and on top of them. I might do 25, but each one is different because it’s hand-painted.”

Her beach paintings are particularly striking. They’re full of people engaged in all kinds of activities, along a strong horizon line. They’re grounded in black, with bands of bright color contrasting all around.

“They’re vivid and bold snapshots of beach narratives and a big part of that to me is the energy that’s captured as you capture a moment,” she says. “Nostalgia is the strongest word for them.”

And a little wistful too, now that summer and all its light and brightness is coming to a close

“At the beach, I see things in strips of color, in bands of color,” she says. “I want other people to see them too.” 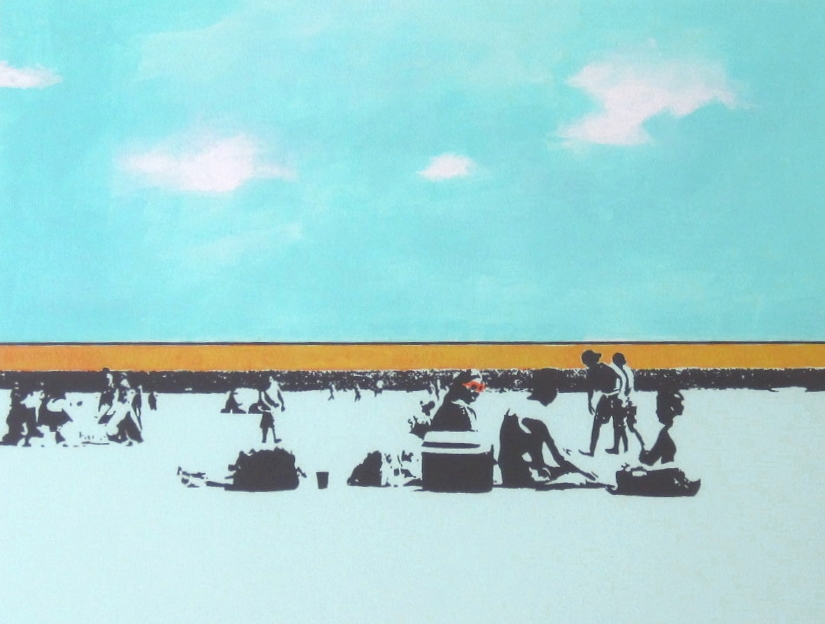 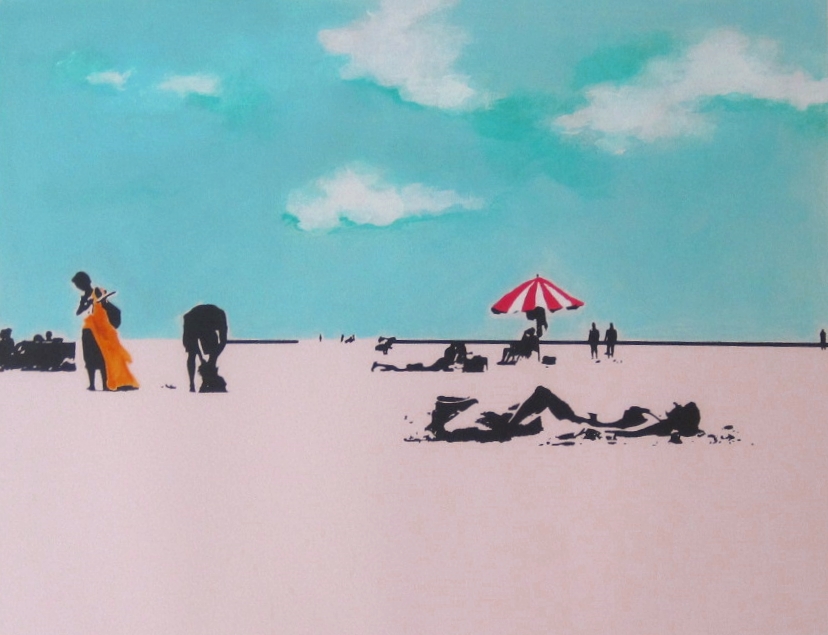 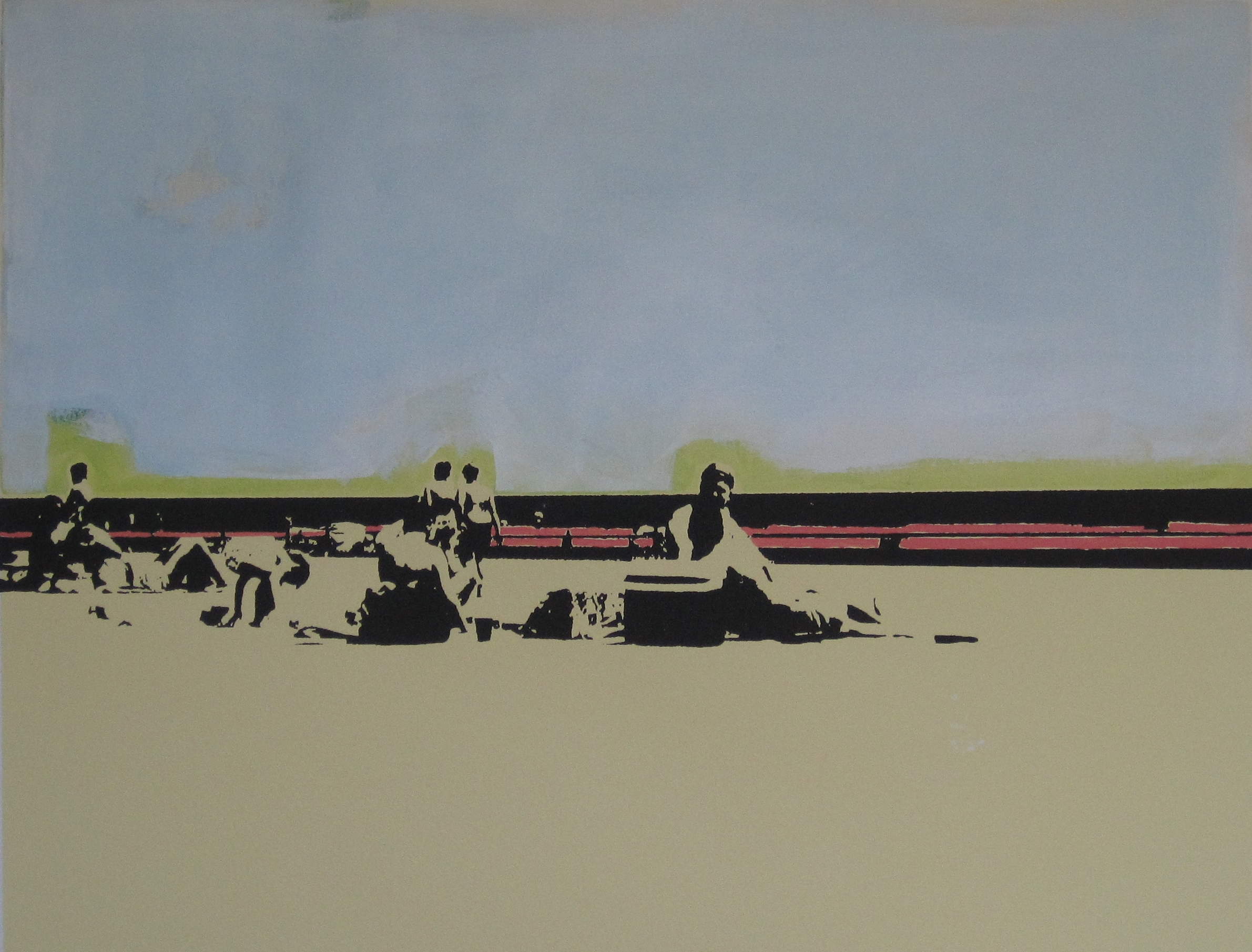 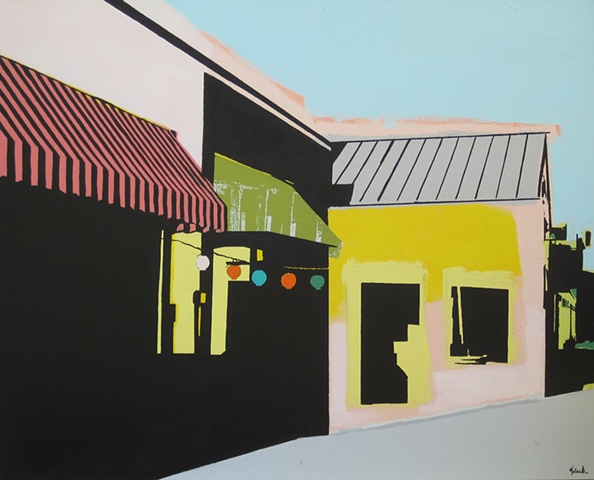 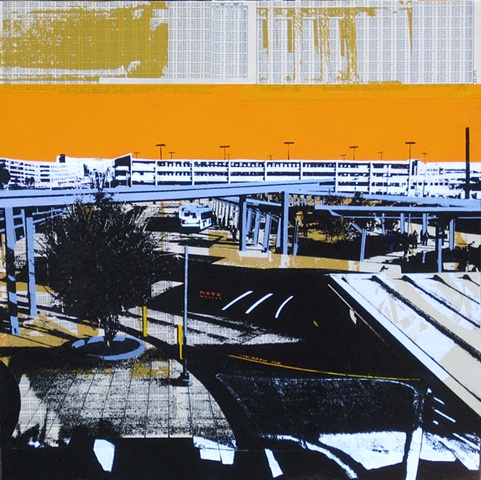 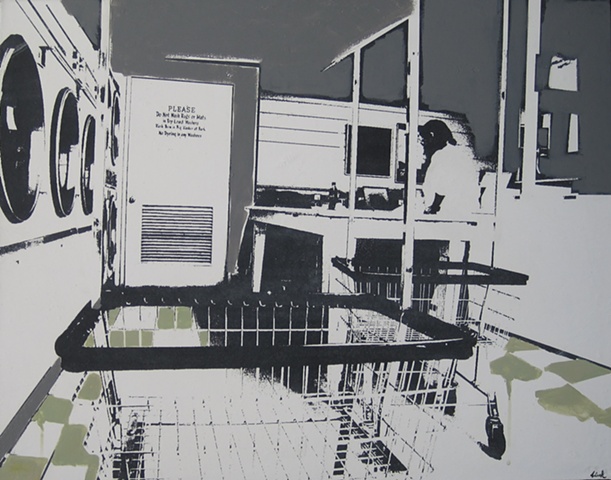 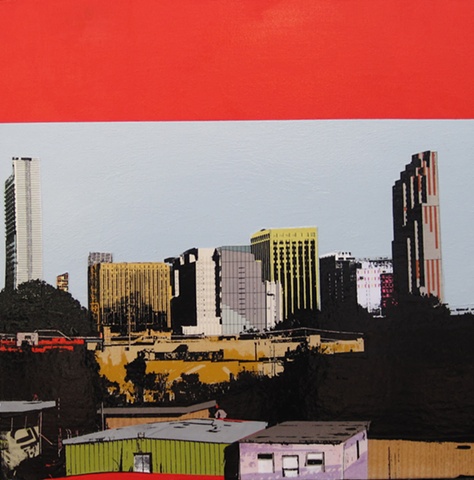 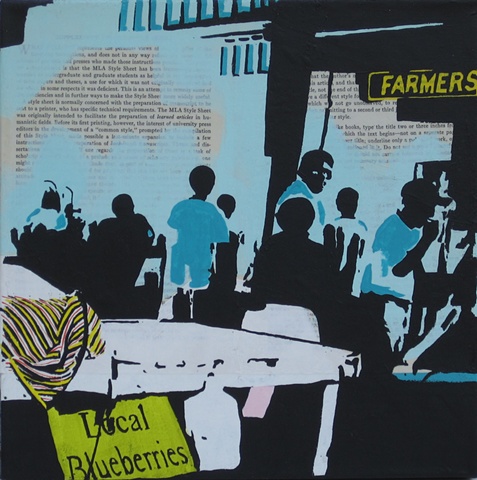 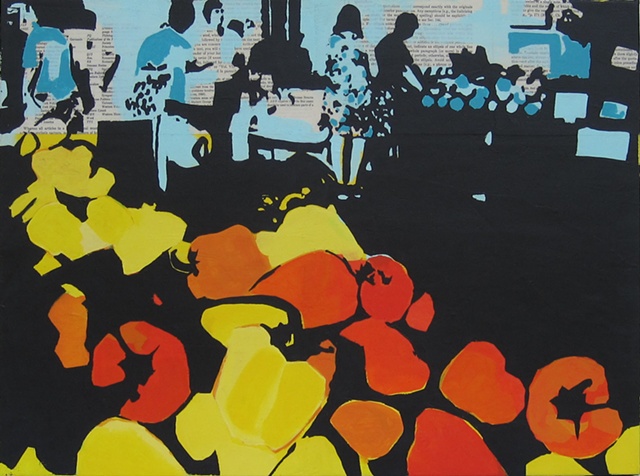 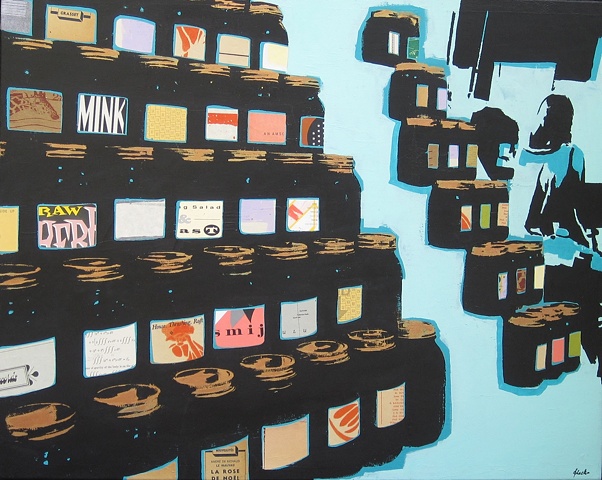 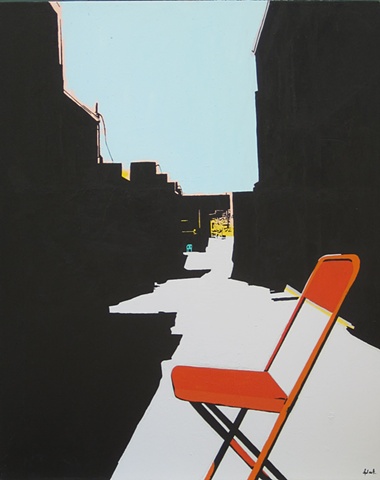 Ruan Hoffmann: Postcards from Myself

I admire Denee’s work and I love how she turns the things we see everyday in the blur of our peripheral vision into important elements worthy of standing on their own in one of her works of art! She sees beauty in the simplest of objets. Everything from a box of tomatoes in a farmer’s market to a basket in a laundromat….pure talent!

Ruan Hoffmann: Postcards from Myself

Artist Ruan Hoffmann travels a lot – around his native South Africa, to the Netherlands, to Paris and to San Francisco. He's...