A crash course in reading Henry David Thoreau led a vacationing Kevin Lippert, founder of Princeton Architectural Press, to publish a series of note cards based on the author’s inspirational words.

“It was a great educational experience for me – I hadn’t read as much of his work as in the four months I worked on these,” the publisher says.

Thoreau was nothing if not prolific. He wrote more than six million words, his journals spanning 20 volumes. And then there was Walden.

Legend places the author spending a night in a Concord, Mass. jail for refusing to pay the poll tax, as a matter of conscience. He was visited by his neighbor, Ralph Waldo Emerson.

“Henry, what are you doing in there?”Emerson asked.

Thoreau replied, “Waldo, the question is, what are you doing out there?”

“It was the shot heard ’round the world,” Lippert says. “If we were all so clearheaded and quick-witted in prison, the world would be a better place.”

So the publishing house is out to spread the word – to evangelize, if you will, with note cards based on four of his most impactful quotes, along with envelopes featuring exquisite photographs of nature selected by designer Mia Johnson.

“These are hors d’oeuvres to get people to dip in,” he says. “They’re inspirational note cards to send to friends and to get them to read these people more closely.”

When he says “these people,” he’s not kidding. Next up for this purposeful venture comes Buddha, followed by William Morris.

“We want to entertain, enlighten and inspire people – when we do well, we do those things,” he says.

Or, as one Thoreau card notes: “Surely joy is the condition of life.” 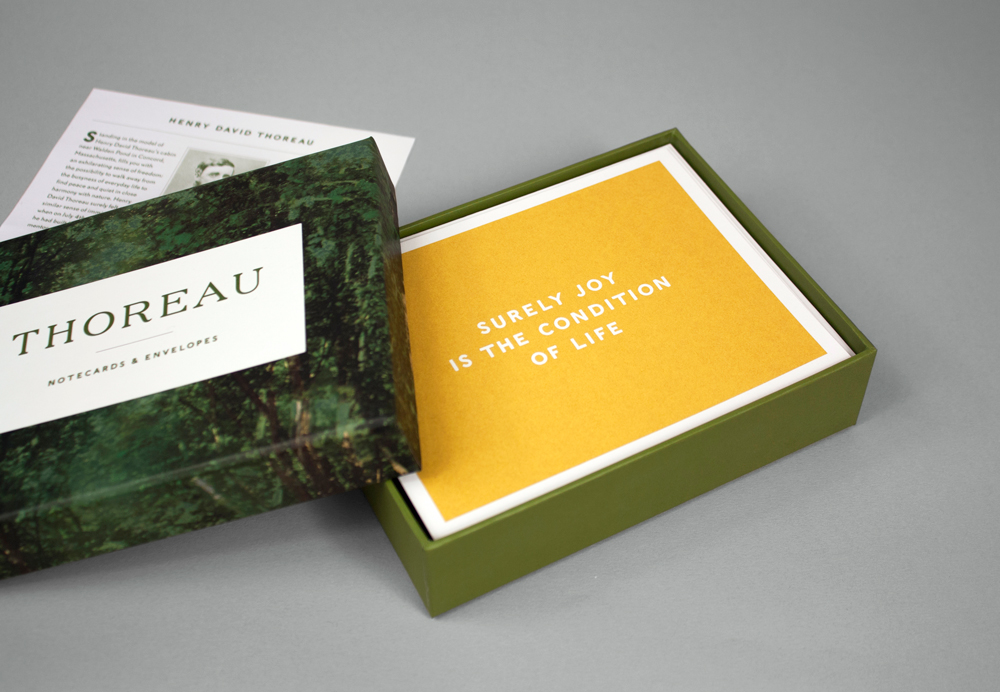 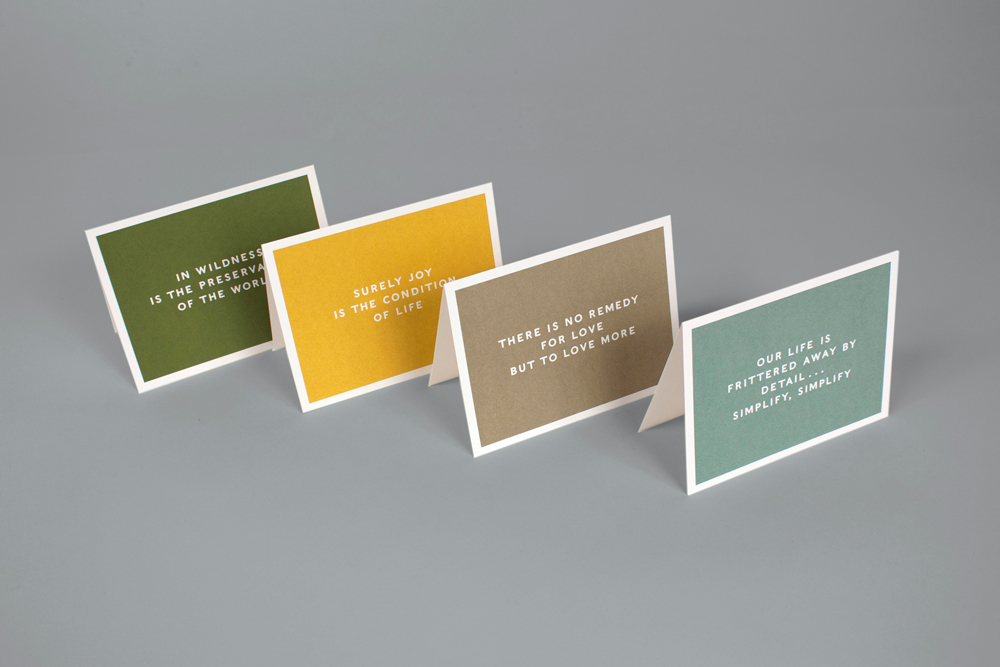 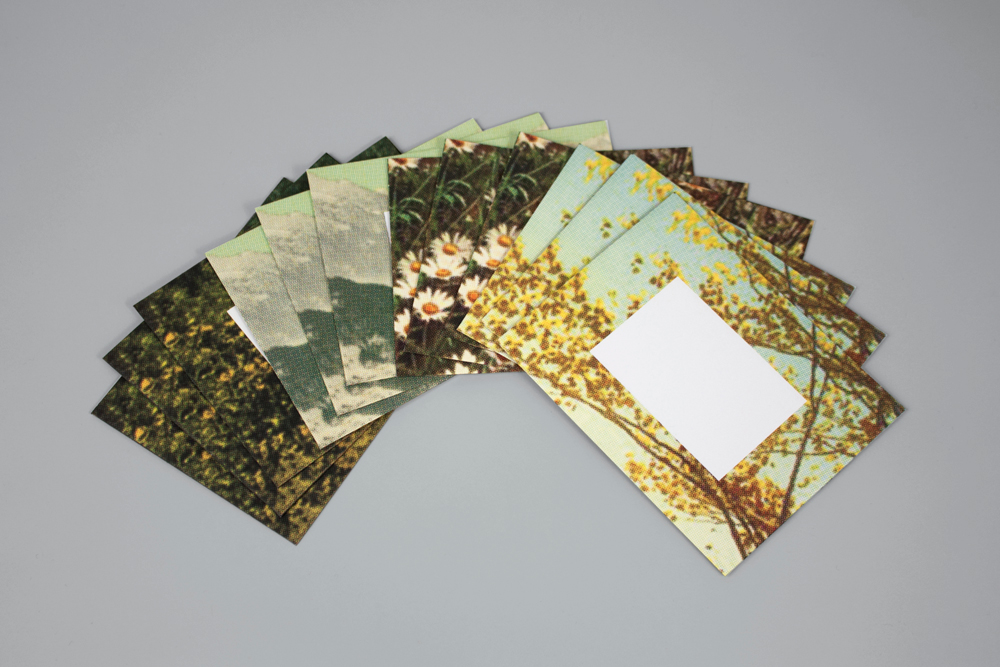 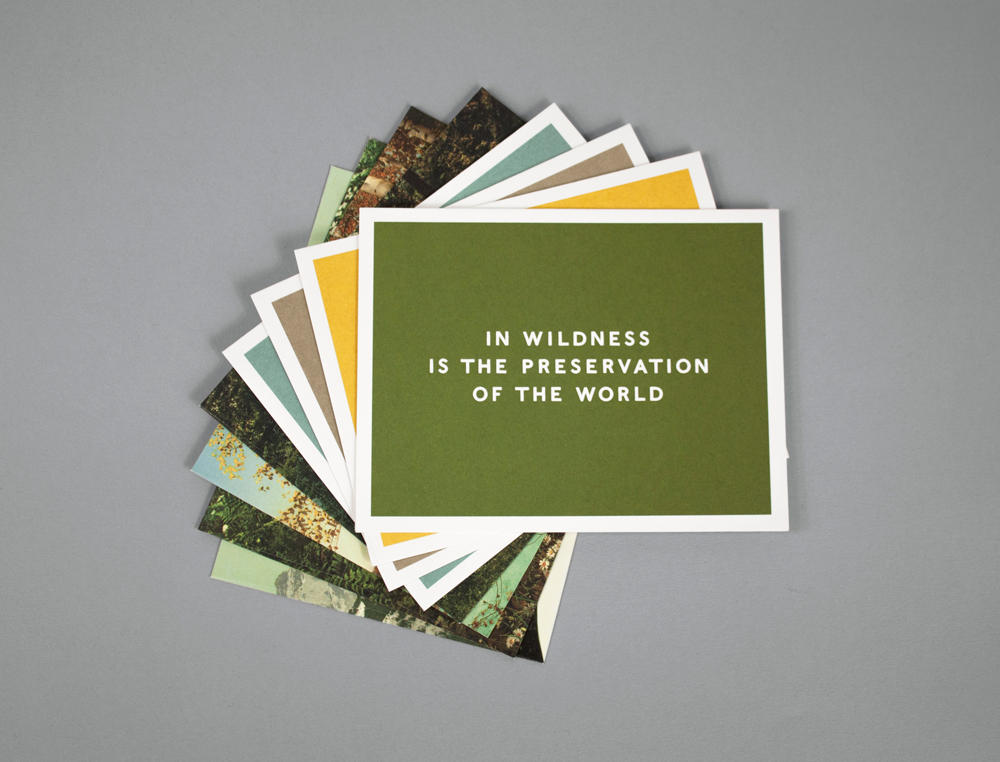 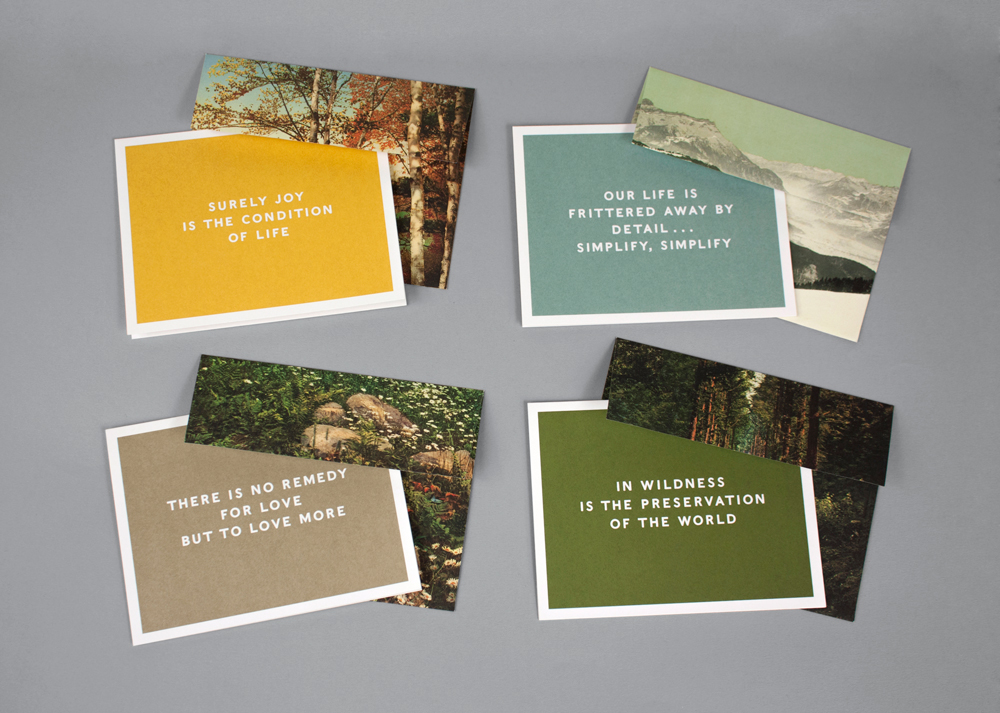 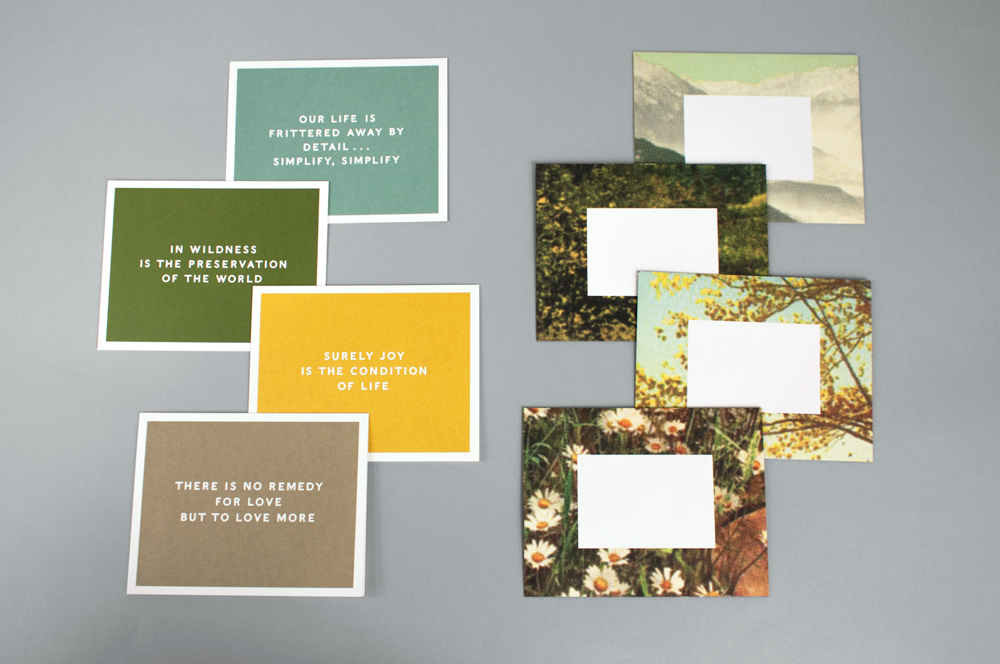 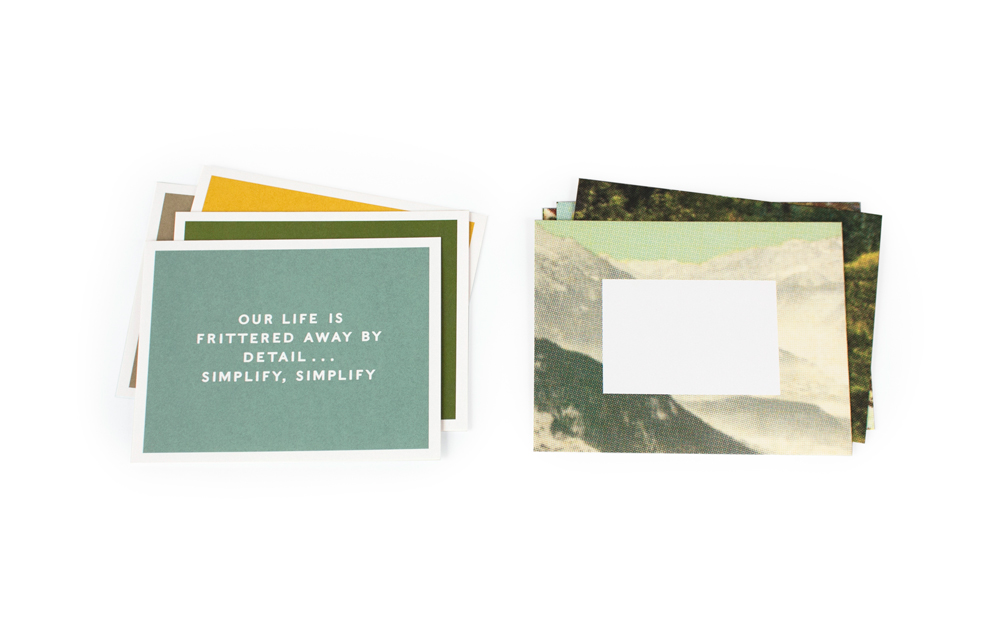 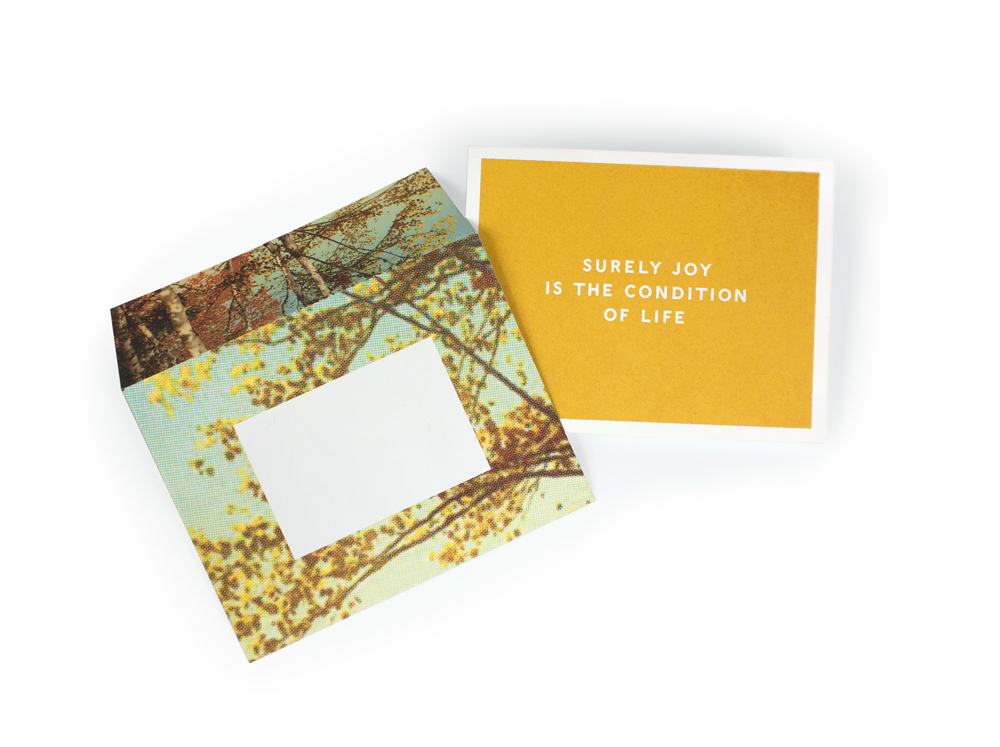 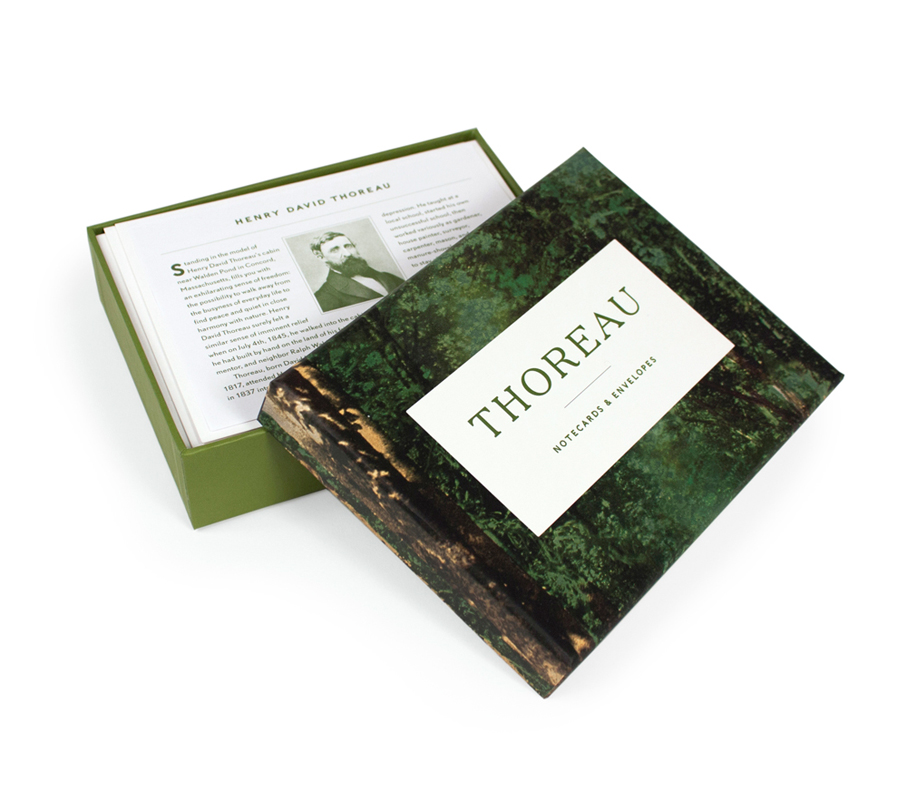 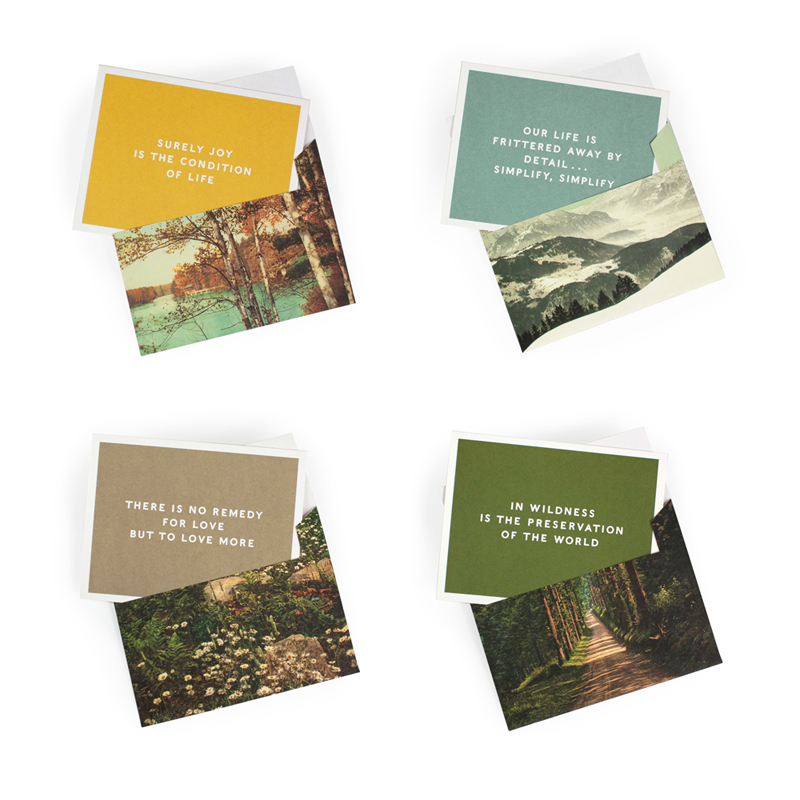 From the province of Pordenone, on the northeast border of Italy, comes some of the most delicate and fragile works ever...