So how does it feel to take on the restoration of one of Henry Hobson Richardson’s early masterpieces in Buffalo, N.Y.?

If you’re architect Deborah Berke, it’s an honor that’s thrilling and daunting all at once.

“It brings out in an architect the desire to take care of it,” she says. “There’s the inspiration to respect what’s there by allowing it to remain powerfully present.”

Soon. the 1870s, Richardson-designed insane asylum, once turned into a psychiatric hospital and then abandoned in the mid-20th century, will be transformed into a boutique hotel. It’s part of a campus of 12 buildings nestled into a landscape by Frederick Law Olmsted.

“The building is massive, and the weight of his contributions to American architecture – there’s a lot of weight there too,” she says. “Now we can add something truly light and transparent – it’s so good that it’s being done now.”

Coming after Richardson almost 150 years after he designed the project means that she can add a non-invasive and delicately ephemeral new north entrance to the hotel, where a turn-of the-century addition once stood.

“It’s clearly modern in its construction and idea,” she says.

The new entrance will take visitors up as well as in. At the ground level she’s inserting a transparent space for bellhops and doormen, and an airlock for climate control. A staircase will deliver guests up one level to a terraced bar and restaurant.

Inside, a space that once served as a chapel will soon become a ballroom. More than 100 former hospital rooms will be transformed into guest spaces. All of it will be done sensitively – but the aging building definitely will be modernized.

“It’s a historic landmark that we need to protect,” she says. “We’ll be threading contemporary mechanical systems through the building without disrupting what’s there.”

If anyone can do that well, it’s Berke and her team. The architect of choice for the uber-chic 21C hotels in Louisville, Cincinatti and Bentonville, she understands the challenges of adaptive re-use.

“This is old and complicated,” she says.

Soon, though, it’ll be light and transparent.

For more on the Richardson Olmsted Complex, go to http://www.richardson-olmsted.com/

For more on Deborah Berke Partners, go to http://www.dberke.com/ 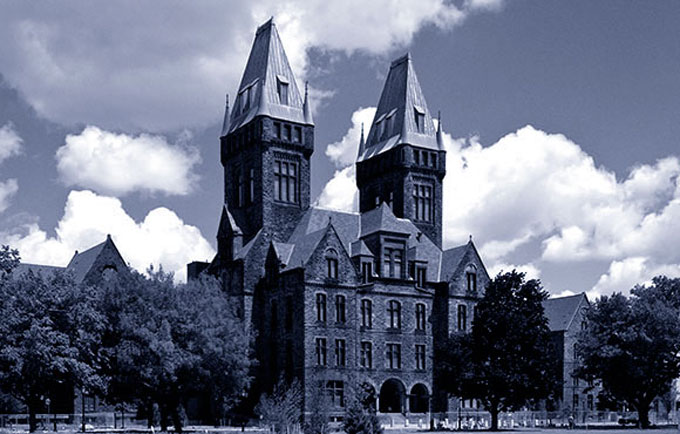 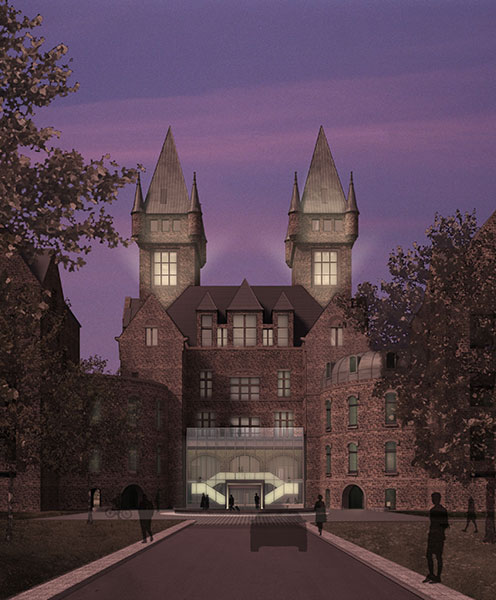 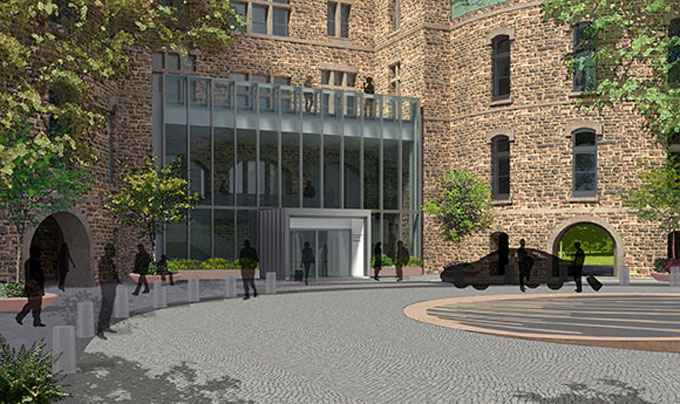 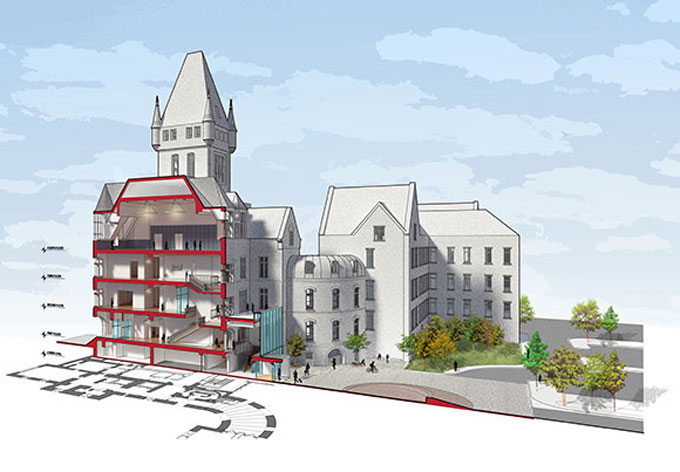 At Aidlin Darling, An Experiential Approach to Design

The Triangle AIA is reaching back to its roots for its fourth annual tour of residential architecture in central North Carolina. A...