In Anacostia, a section of Southeast Washington D.C. where HOK designed and built a new baseball stadium for the Washington Nationals in 2008, the firm also built a pair of required, prosaic and six-story parking decks.

Knowing what they’d look like, the city held a competition for public art to adorn the entrance plaza between the two 70-feet decks.

And a sinking fastball too.

“We went outside the rules,” said Clearscapes partner Thomas Sayre.  “We thought we needed to address the entire façade.”

That kind of thinking led to the idea of a series of stainless steel baseballs just under seven feet in diameter, polished like mirrors, with the requisite 216 lace marks.

On the north façade of the eastern parking deck, 18 of the baseballs depict the true trajectory of a spinning, sinking fastball.  On the north face of the western deck, 12 consecutive  balls form the arc of a home run.

The firm contacted NASA to tap into that agency’s computer program to determine the precise spin of a fastball over a distance of 90 feet, once it left a pitcher’s pinkie finger.  The location of stitches on the balls reflects that calculation.  The balls forming the home run don’t spin quite as much.

The two facades come into view simultaneously as fans face the decks on their way in to a ball game.  “When you’re entering, you’re essentially at home plate,” he said.  “You see the central drama of the game – the pitch and the hit.” 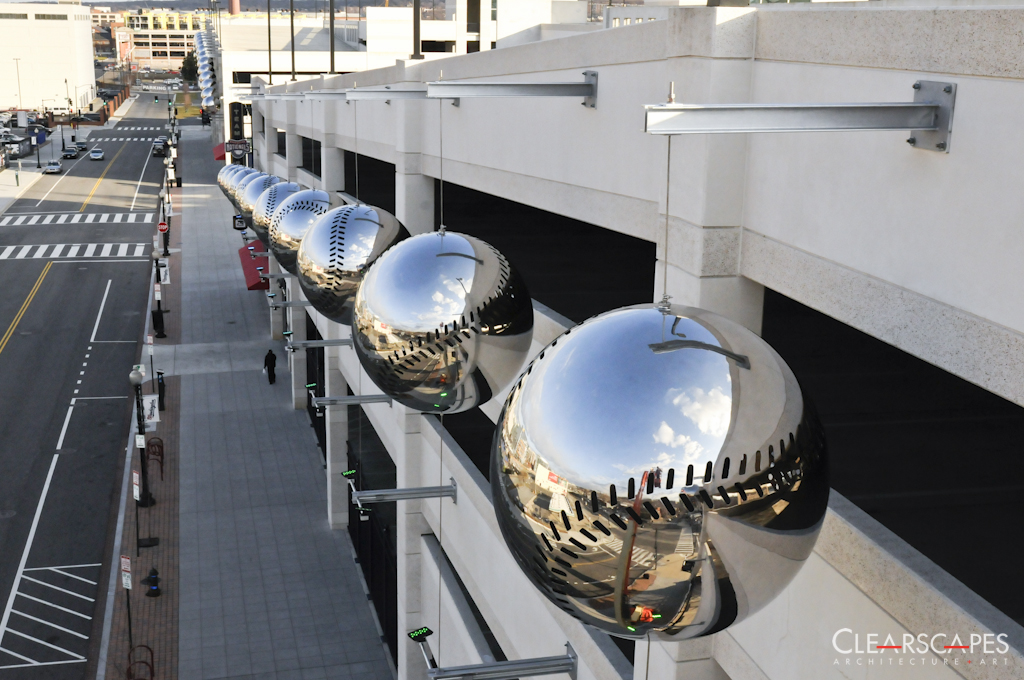 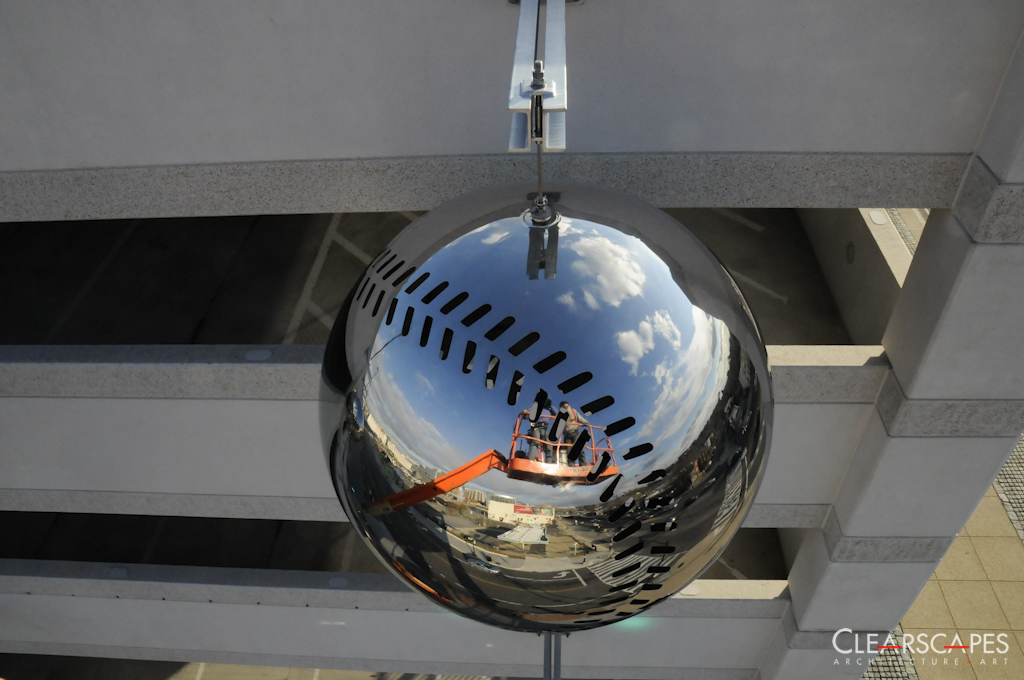 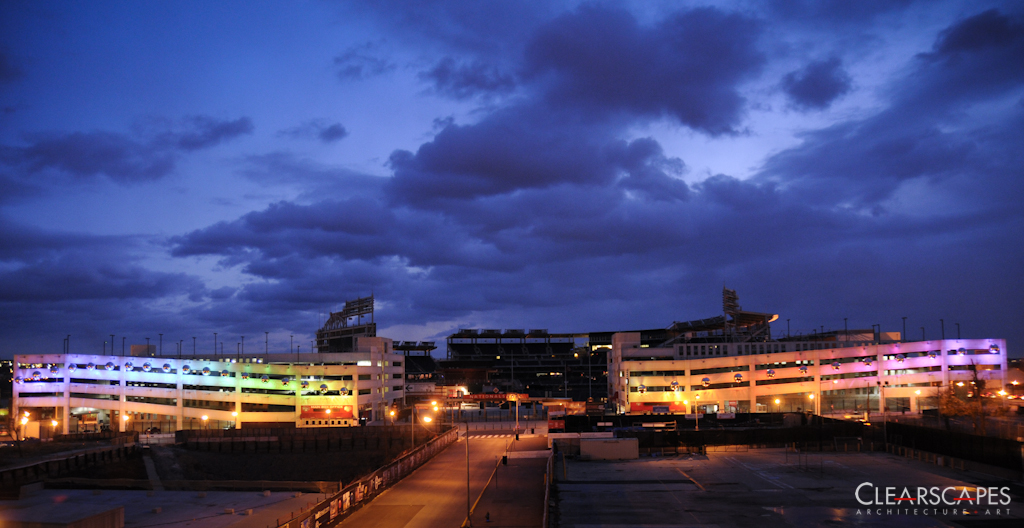 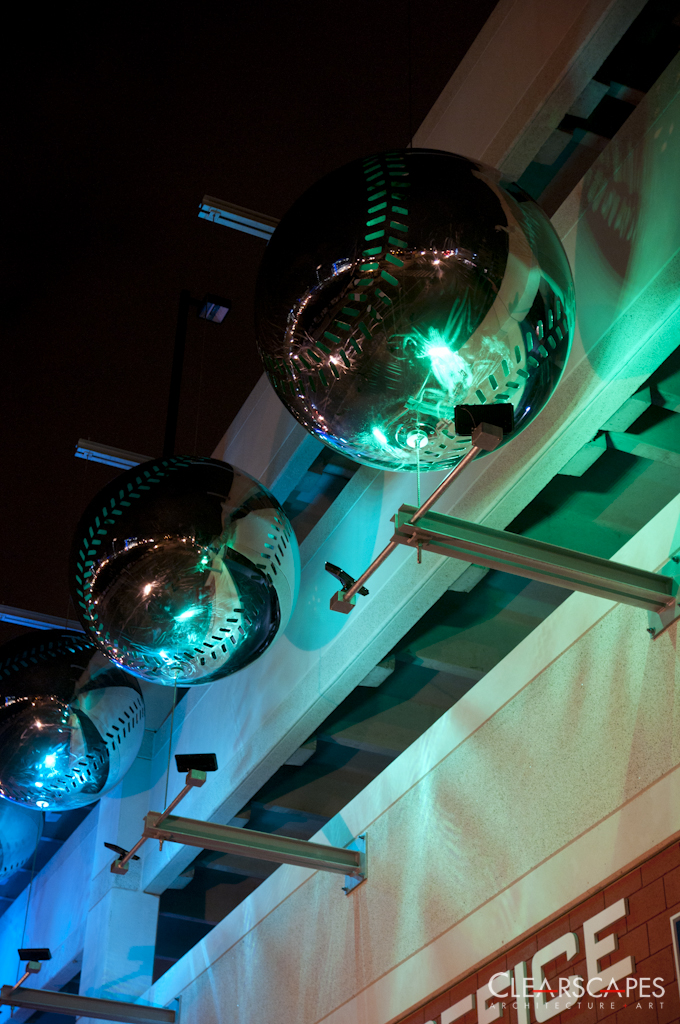 I saw this in the works. Fantastic! Leave it to that dynamic duo — Steve Schuster and Thomas Sayre — to create such a unique interpretation that combines art and architecture. Thanks for sharing this great project with A+A readers, Mike!

Thomas Sayre and Steve Schuster deserve far greater recognition.
This is a good start , letting the world know more about their merger of art and architecture

Snohetta, the New York- and Oslo-based architecture firm selected to design the only building on the National September 11 World...