Designing a training facility for the A-Rod is one thing, but solving the homeless puzzle in Haiti is something else altogether.

Still, the partners at NC-Office have tackled both.  And it only took the four 30-somethings about three weeks to arrive at a cost-effective and relatively simple concept to address housing for Haiti’s earthquake-ravaged topography.

The sophisticated, if tiny, Miami-based architecture partnership responded deftly to the challenge issued to them by client and developer Jerry Flick.

“He had contacts in Haiti, and we’d done some affordable housing here,” said Nikolay Nedev, partner in the firm.  “We took it on and created a prototype.”

The idea was to conform to the sloped sites common in Haiti and minimize the footprint of the basic module, which was inspired by an eight-foot by ten-foot nook in the firm’s office.  At the module’s core is a modest kitchen and bath, with sleeping quarters off to one side and living area on another.  The kitchen can accommodate a small refrigerator and hot plate, and the bath, a composting toilet.

It’s meant for a family of four.  But it’s also designed to be clustered with as many as 15 modules, around a common septic system.  Depending on the repetition pattern, small gardens can be developed between them, at about 16 by 30 feet each.  The result is not just home-building, but community development at its most fundamental.

A pair of solar panels should provide about one kilowatt of power.  A sloped roof can send rainwater to a cistern for use in kitchen and bath.  And it can all be assembled in a few weeks.

The materials are simplicity itself.  Composite magnum board panels of varying thicknesses form the walls, floors and ceiling.  A steel frame, either bolted or welded together, serves as basic structural system.  It’s to be positioned over, but not attached directly to, a concrete slab or block foundation, via cables tied to the roof and sunk two feet into the ground.

“It’s a common structural system in the Florida Keys,” Nedev said.  “The cables are positioned every eight feet, and allow the module to shift horizontally in the event of an earthquake.  The block walls might tumble, but the steel frame would stay intact.”

With a minimum of training, a team of two could serve as general contractors for a community of ten to 15 homes.  Nedev and his partners are currently at work on the prototype, to test bolts versus welding, and concrete versus block foundation.

Up until now, the project has been strictly pro bono, but if it goes into production, that could change.  That’s not the intent for the moment, however.

“The main thing is to make a good piece of architecture,” Nedev said.  “We’re young enough in our careers that we can be focused solely on that.” 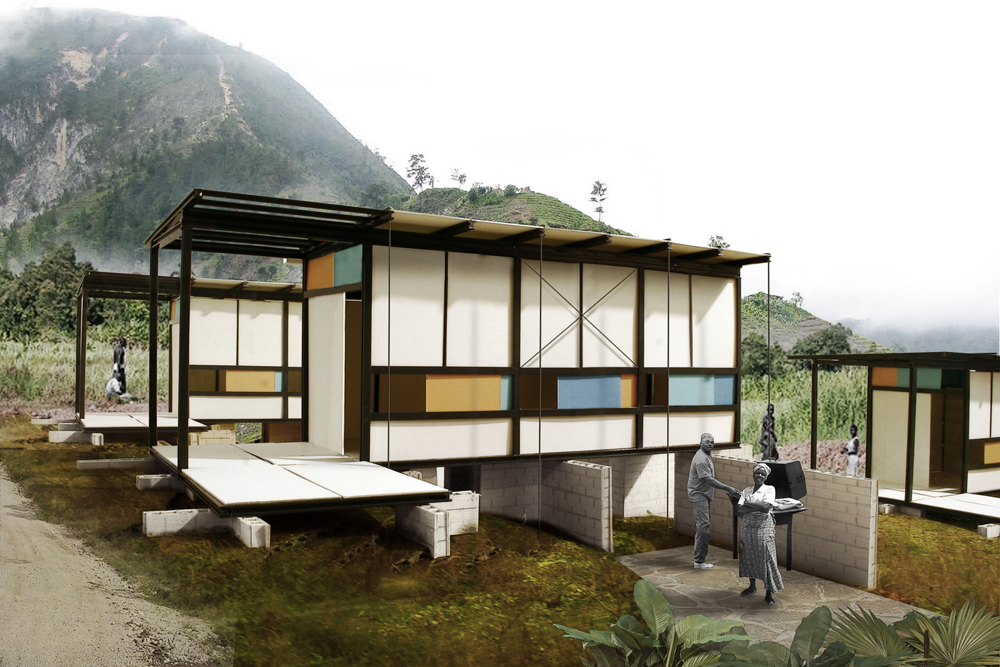 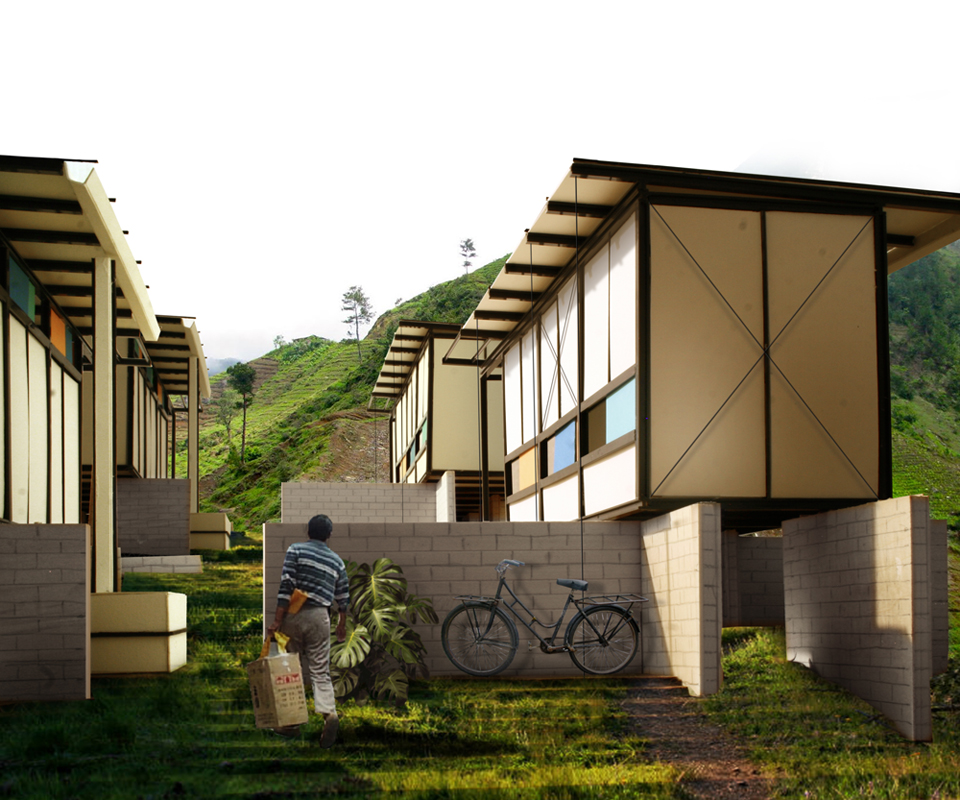 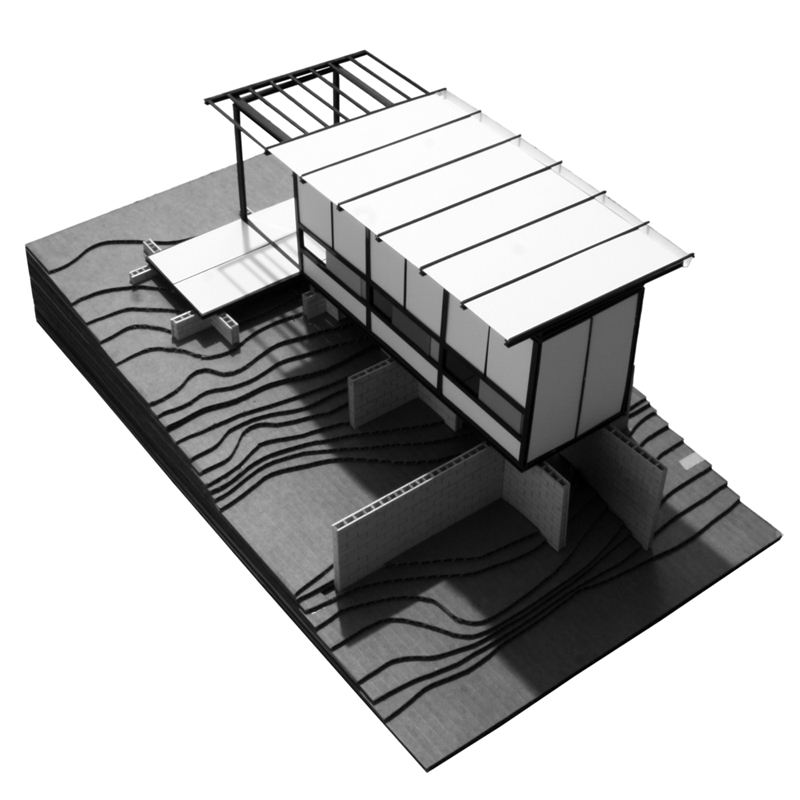 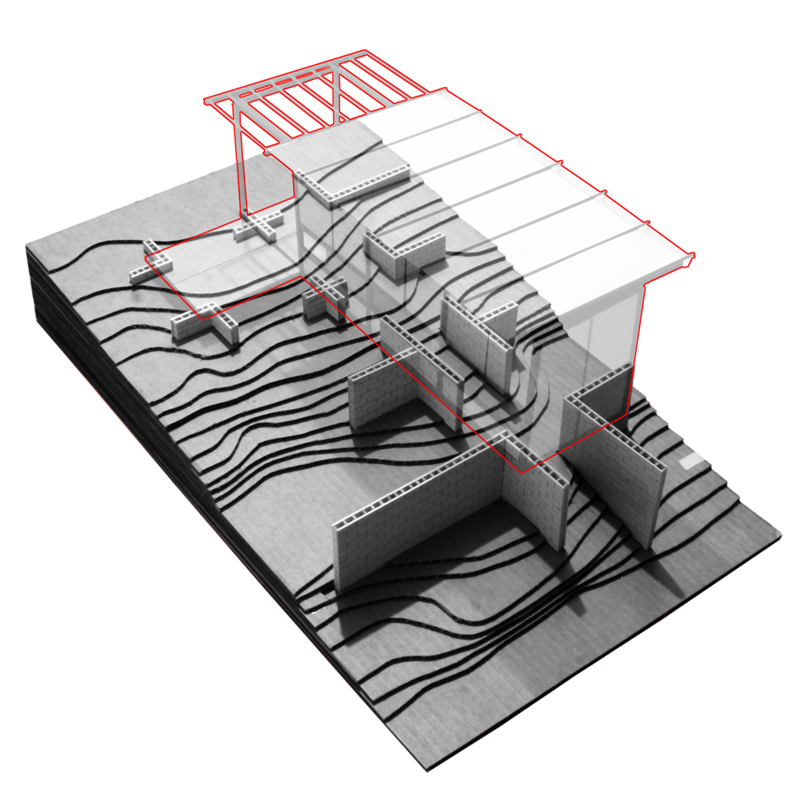 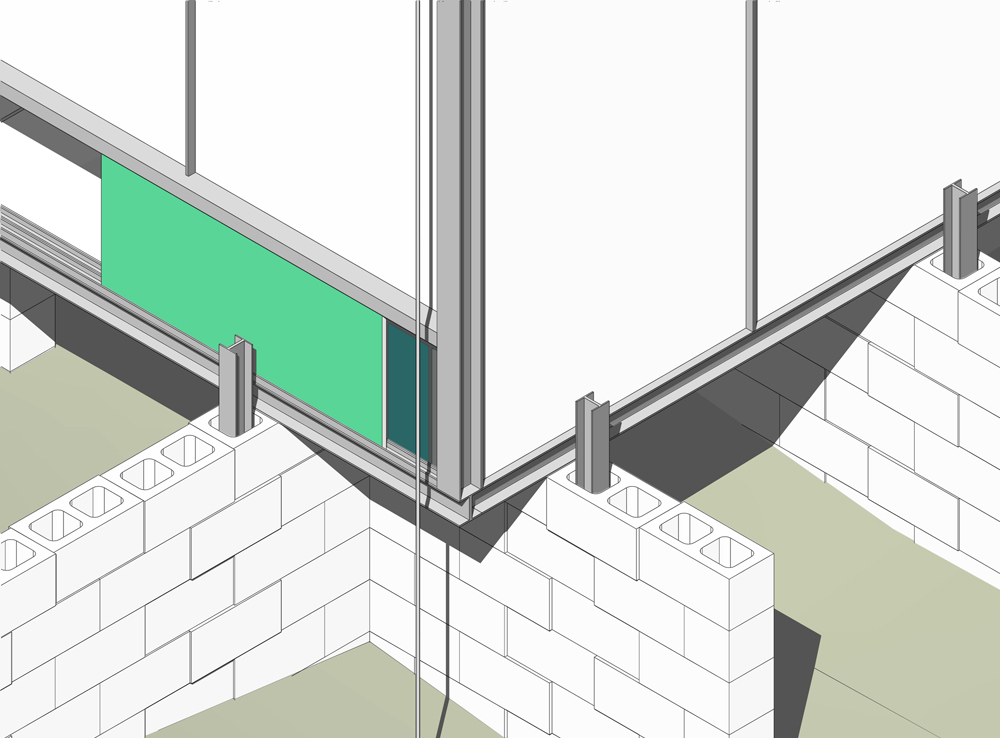 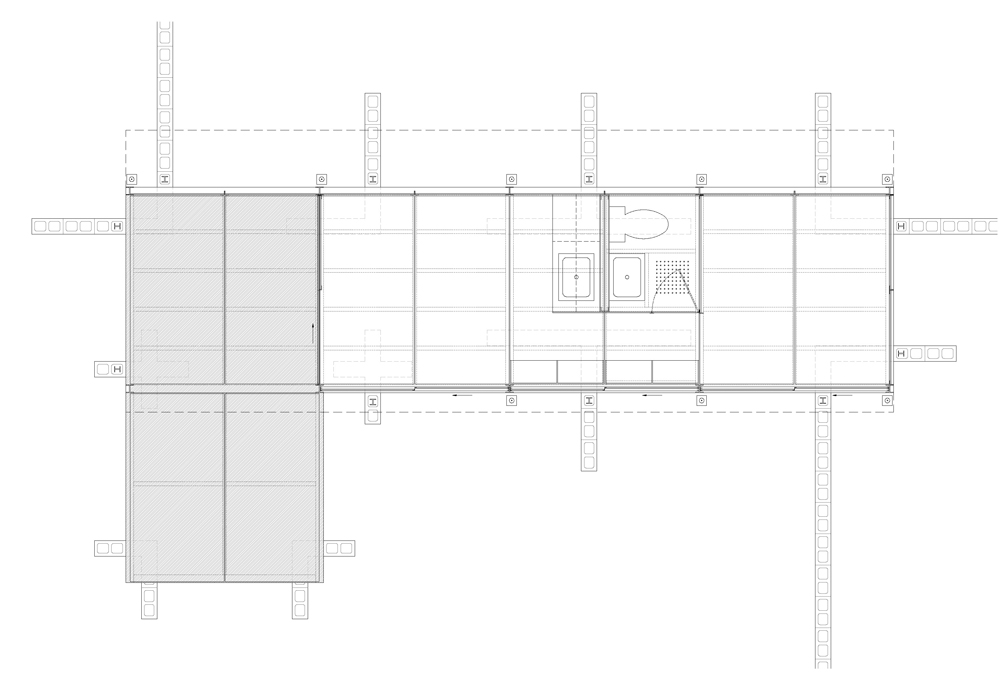 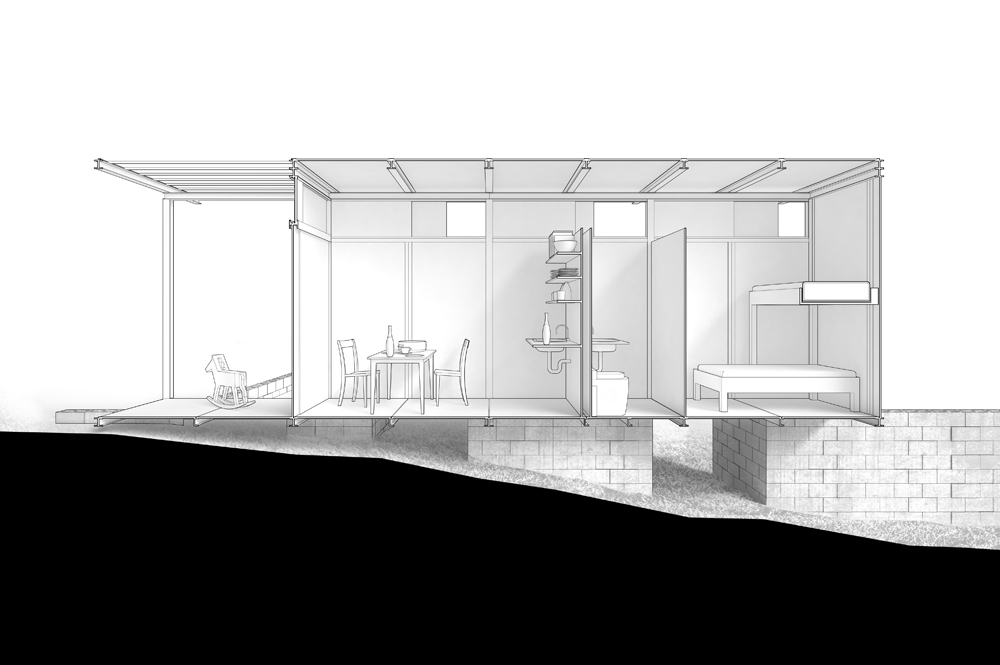 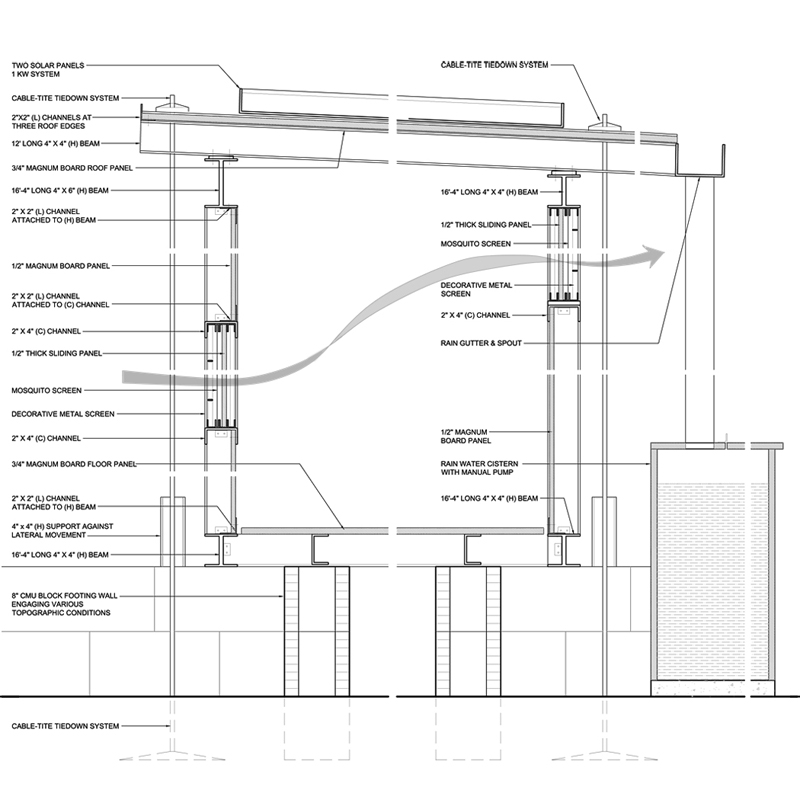 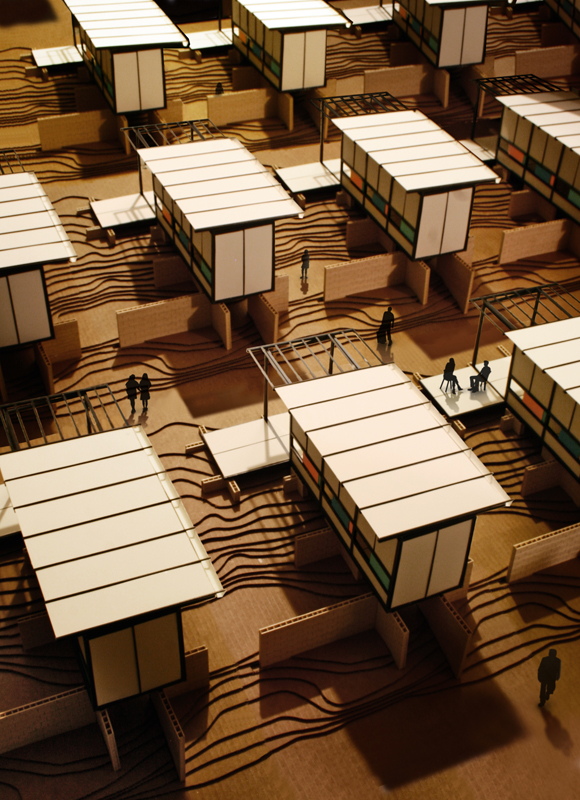 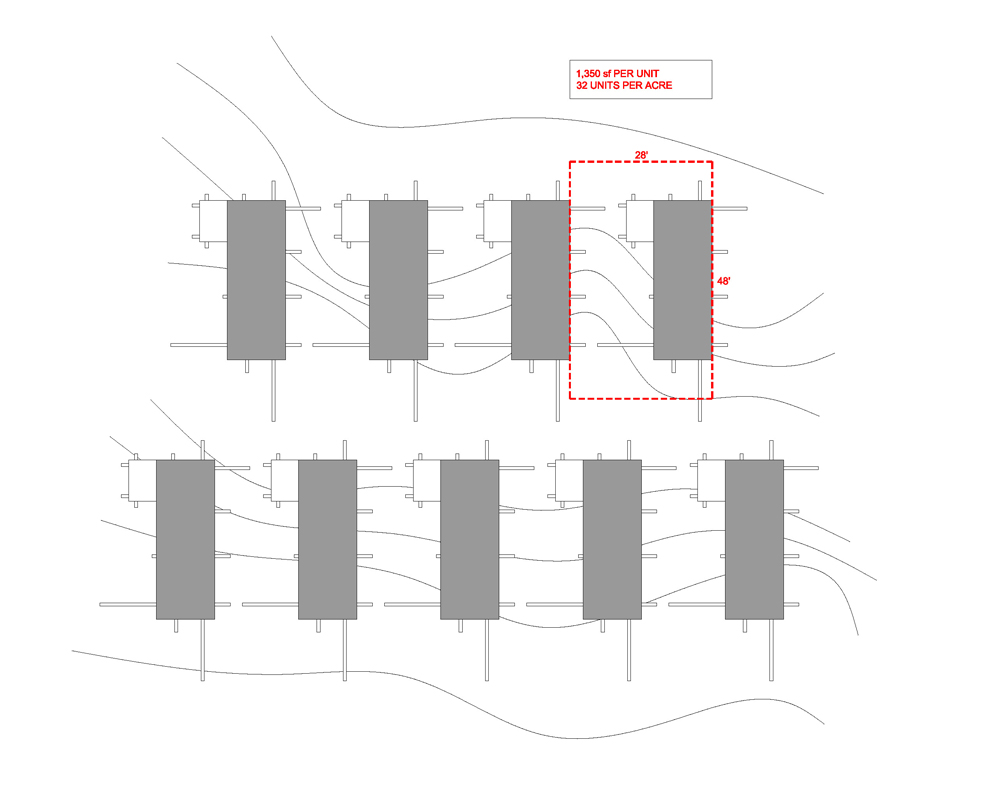 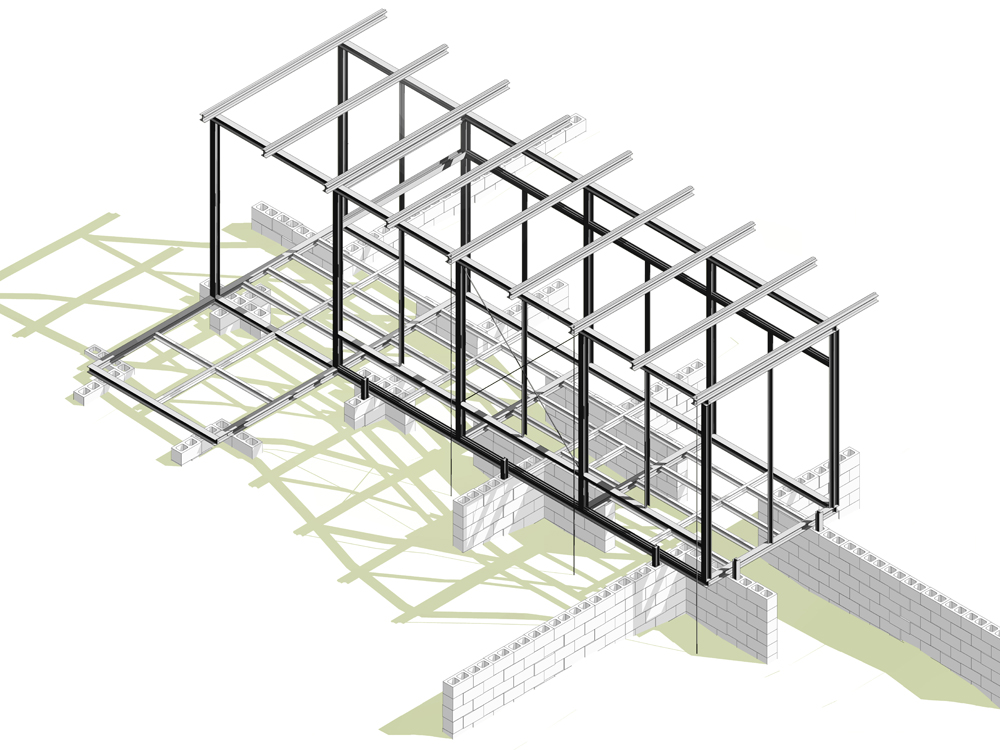 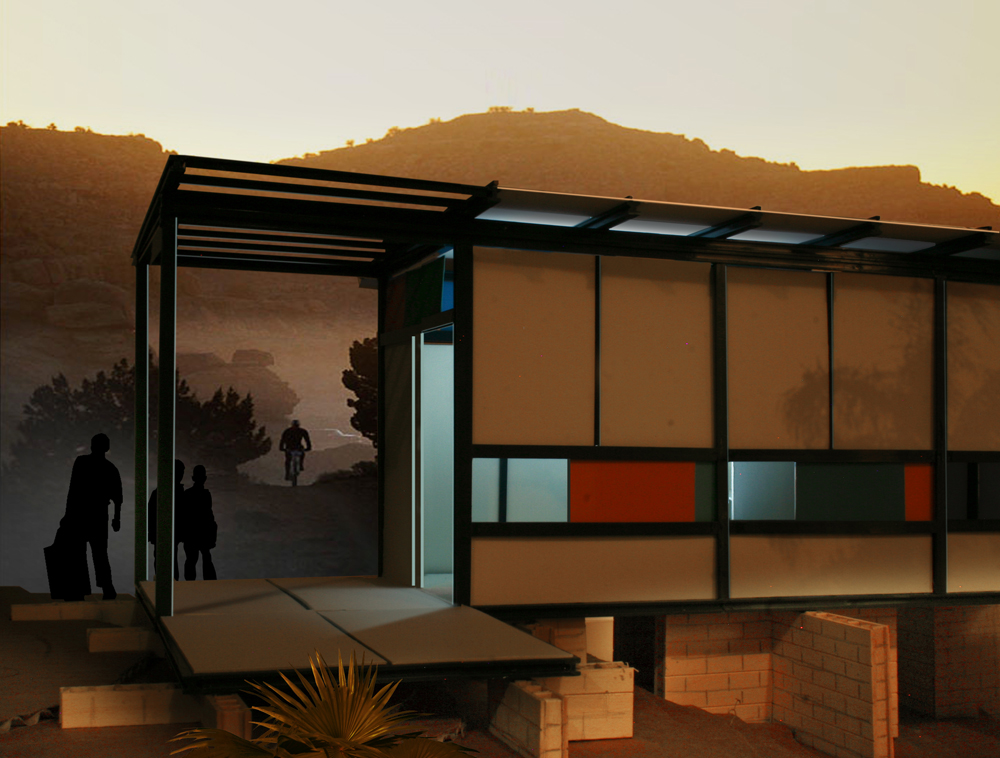 For 30 years, Lisa TeviaClark has been experimenting with clay and the alchemy of heat, salt, ash, minerals, and glazes....