It’s a marriage of landscape and design, history and sustainability:

The largest park in the city of Pittsburgh is about to debut a new environmental educational center designed by Bohlin Cywinski Jackson (BCJ) and landscape architects LaQuatra Bonci Associates.

Frick Park, which began life in 1919 as a 155-acre gift to the city by Henry Clay Frick to honor Helen, his debutante daughter, has grown over the years to 644 acres. Originally intended for the children of Pittsburgh, it offers two gatehouses by John Russell Pope, a fountain and a barn, among other features.

Renovation of the gatehouses and fountain were the first order of the day, while sustainability drove the spirit of the design process for the new center.

“It actually morphed over time into a Living Building Challenge – a new certification that takes LEED to a higher level,” says Patricia Culley, project architect and associate at BCJ. “We found out over the course of three years how tough it was – it shaped how we did everything from concept to construction, and it is the overarching principle.”

The designers started work in 2011 on the park, owned by the city of Pittsburgh and managed by the Pittsburgh Parks Conservancy. For the center, they added net zero energy  among its performance requirements. Other sustainable features include ground-source heat pumps, radiant floors, a photovoltaic array, and a reclaimed water system that will provide captured and filtered stormwater for irrigation, the fountain and other non-potable uses. “The certification aligns very well with environmental education, so that’s what we’ve been trying to achieve for the project,” she says.

The original formal landscape plan featuring a double allée of black gum and dogwood trees was preserved, though it now leads into a less formal, more natural set of plantings. “Our project goes from formal to native to lead out to the park,” she says.

The new educational center has been inserted into the slope of a hillside. There are no gutters or downspouts – all water falls into rain barrels around the building, so people inside see nature as a waterfall effect. And since the building is tucked into the hillside they approach it on a series of bridges before entering. “They’re  elevated above the ground on the upper side at the northern end under that allée of tree canopy,” she says.

The result is a center pulls people into the park, through the building and out into nature. “By design and siting and materials – there’s a black locust siding that will weather to a silvery gray within a year – we were very careful about how it’s situated,” she says.

No surprise there. This is Bohlin Cywinski Jackson, after all.

Opening celebrations are scheduled for Sept. 9, 10 and 11. 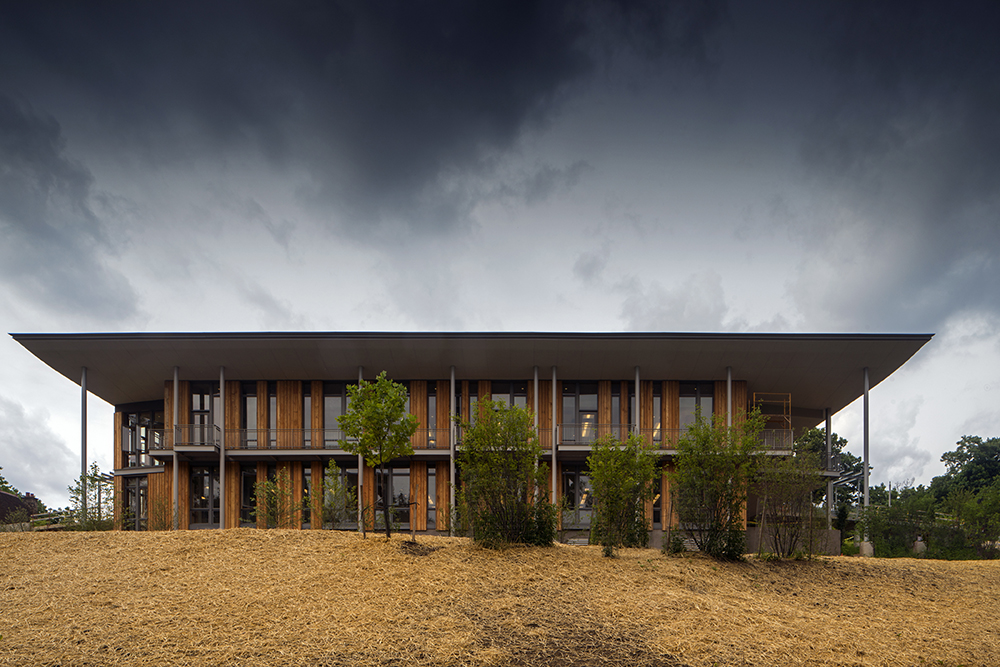 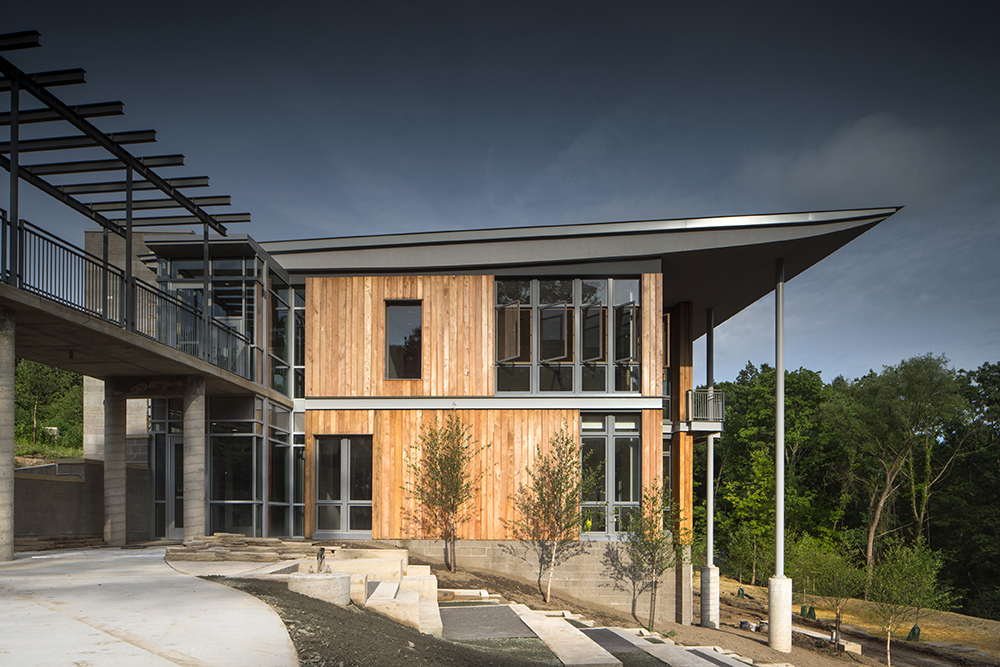 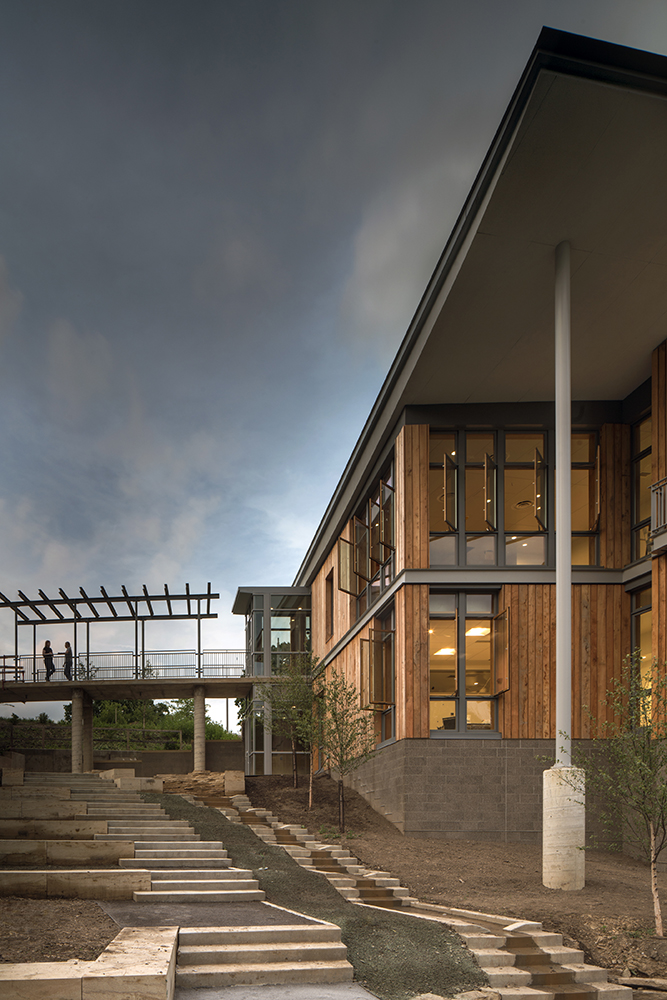 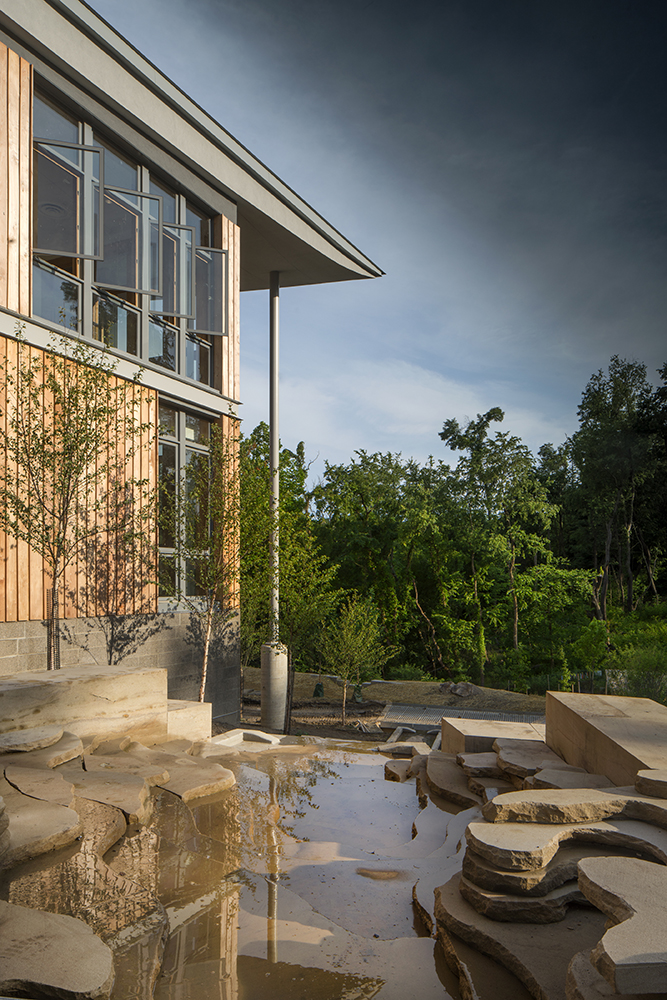 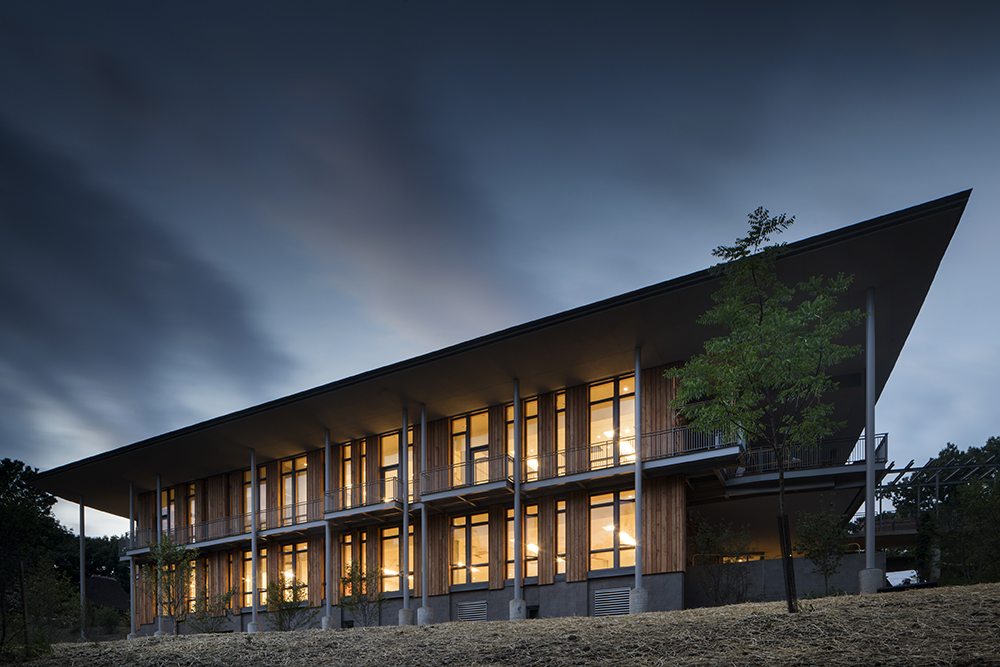 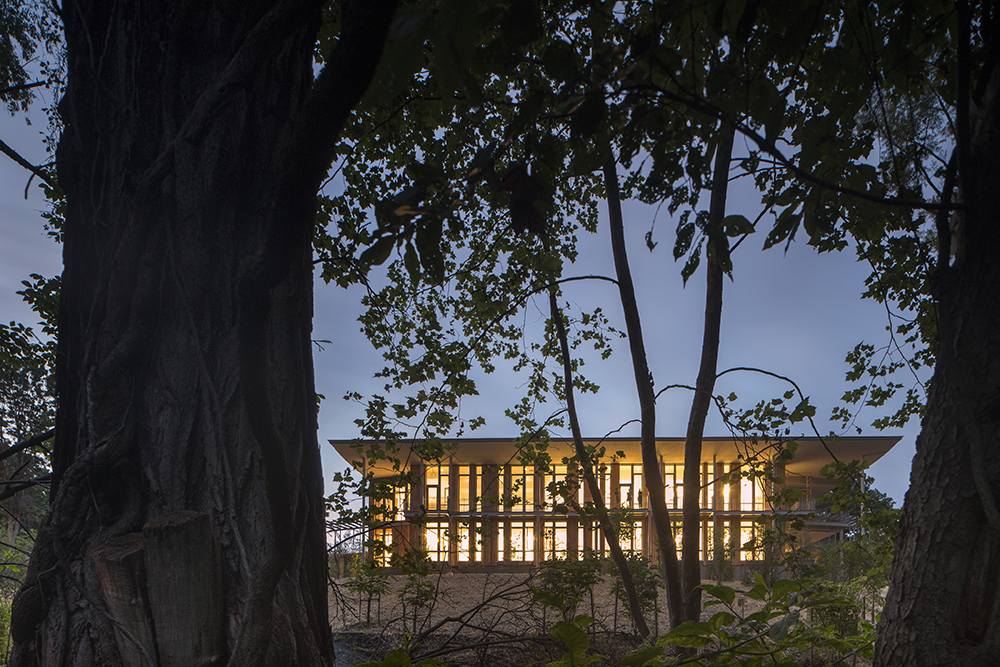 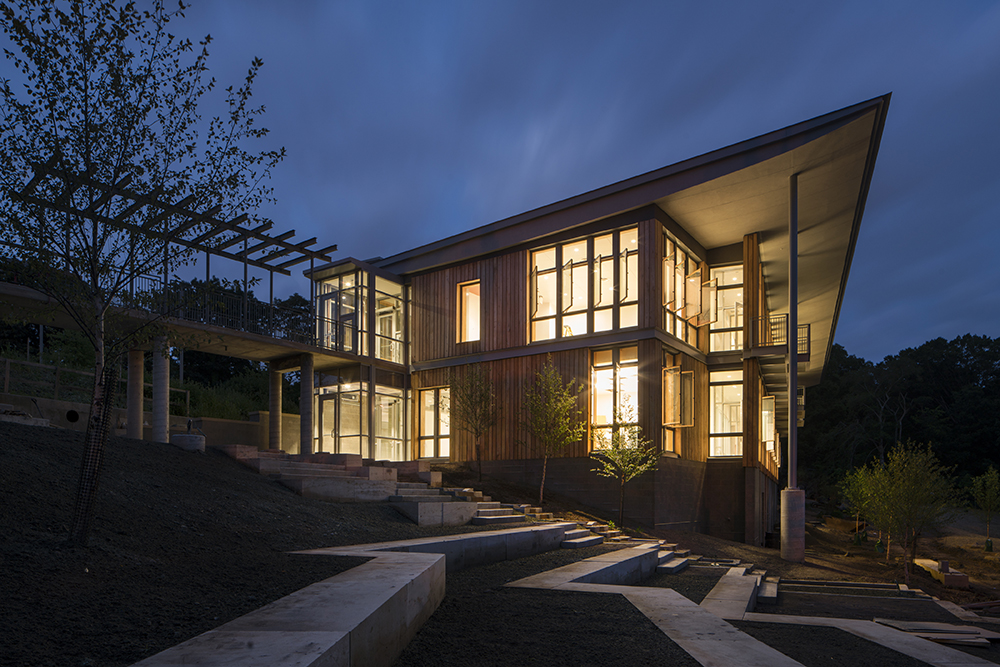 In Indonesia, a Modern, Floating Home

Twenty-eight years ago, fresh out of Penn State with his newly minted architecture degree, Chuck Hilton set up practice in Greenwich,...