It’s one subway stop away from Grand Central Terminal, directly across the East River from UN Headquarters, and perfectly aligned for some of the best possible views of Manhattan.

Thomas Balsley Associates worked in collaboration with Weiss Manfredi and the New York City Economic Development Corporation to make it a memorable waterfront experience for all who’ll eventually live there.

There will be a lot of them too, each housed affordably.

A new intermediate and high school is underway now.  Trails and parks are scheduled for completion this summer.  And a design team that includes SHoP Architects is working now on two mixed-used buildings that will comprise more than 900 new housing units and 20,000 square feet of retail space.

But it’s the waterfront development that sets this project apart.

“Because of the views, we’re drawing people to the edges to commune with nature, the river and the view of the skyline,” says landscape architect Tom Balsley.  “It’s been carefully programmed, with an ellipse lawn, an urban dog run and an interpretive rail garden.

That last piece is significant.  Railroads played a huge role here for most of the 19th century and half of the 20th.  A little farther north, two 70-foot gantries that once loaded box cars onto barges for a watery trip to New Jersey have been preserved for celebration at the Gantry North Plaza Park.

A waterfront park pavilion offers shelter for those waiting for the ferry to usher them across the river.  A path guides them them further south to a point 20 feet above ground for a skyline overlook.

“It’s a punctuation point,” he says.  “But you can keep going – either on the high ground, or along the marshes.  It’s interpretive, restorative and actively recreational.”

And sustainable as well.  Balsley notes that the project was envisioned as an international model of urban ecology and sustainable thinking.

It’s got plenty of room – and time – to prove that point. During the next decade, a long process of rfp’s, competitive bidding and ongoing construction will see more mixed use as the project grows to link up with existing development to the north.

And it will grow as the market demands.

And from the looks of it, they’re taking pains to do things right, too.

For more information, go to http://www.tbany.com/projects_page.php?projectid=287&categoryid=3 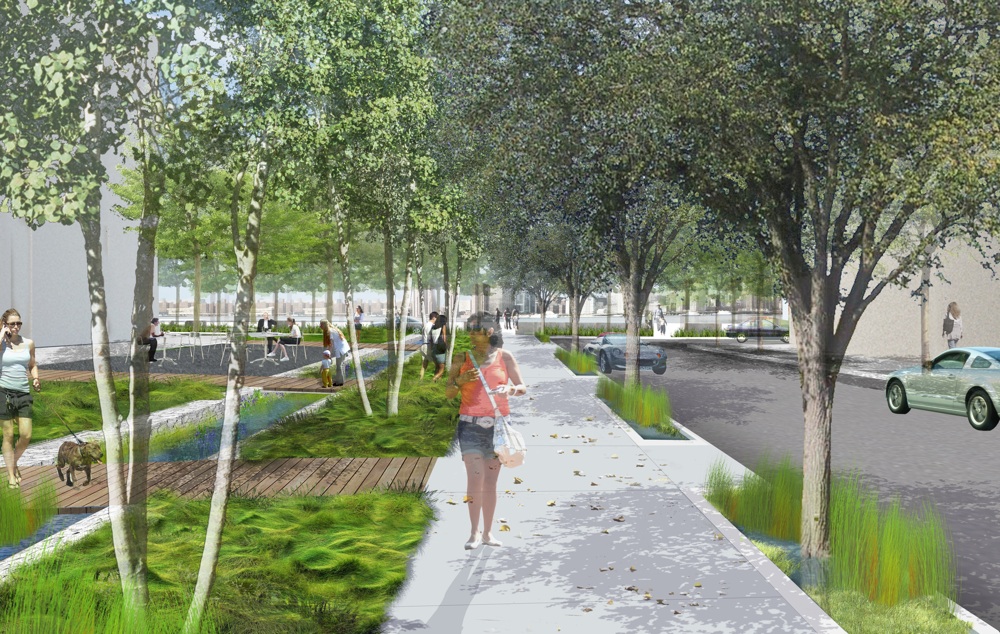 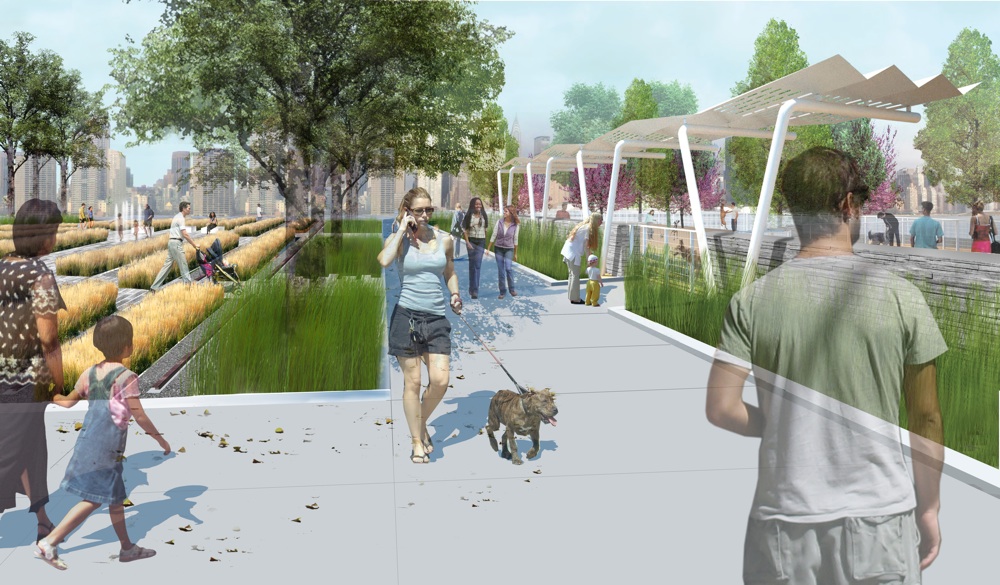 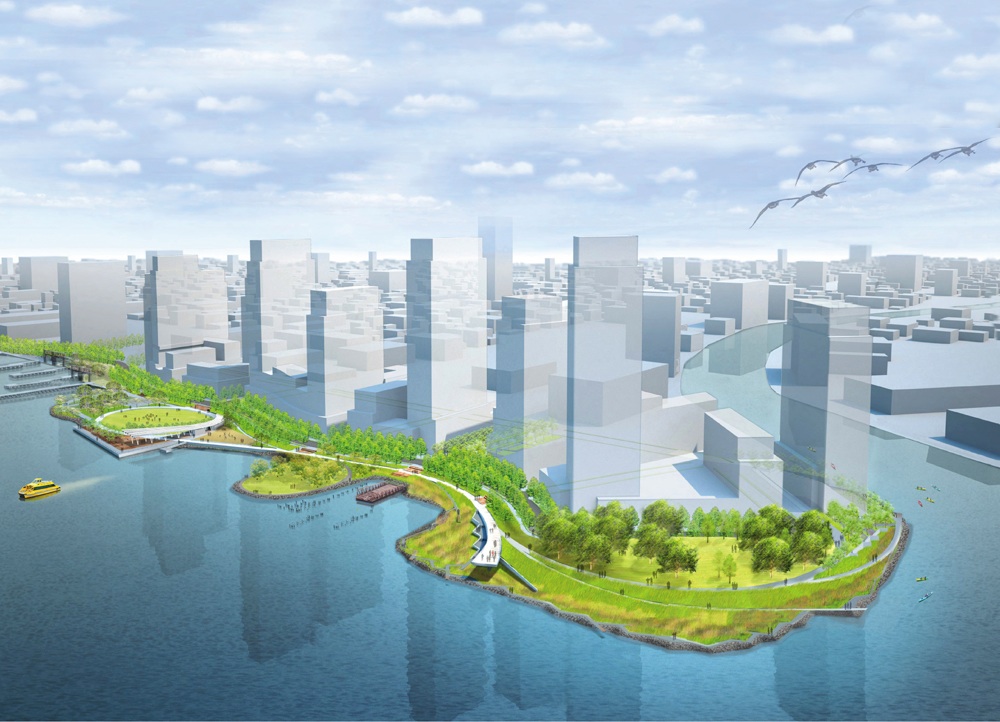 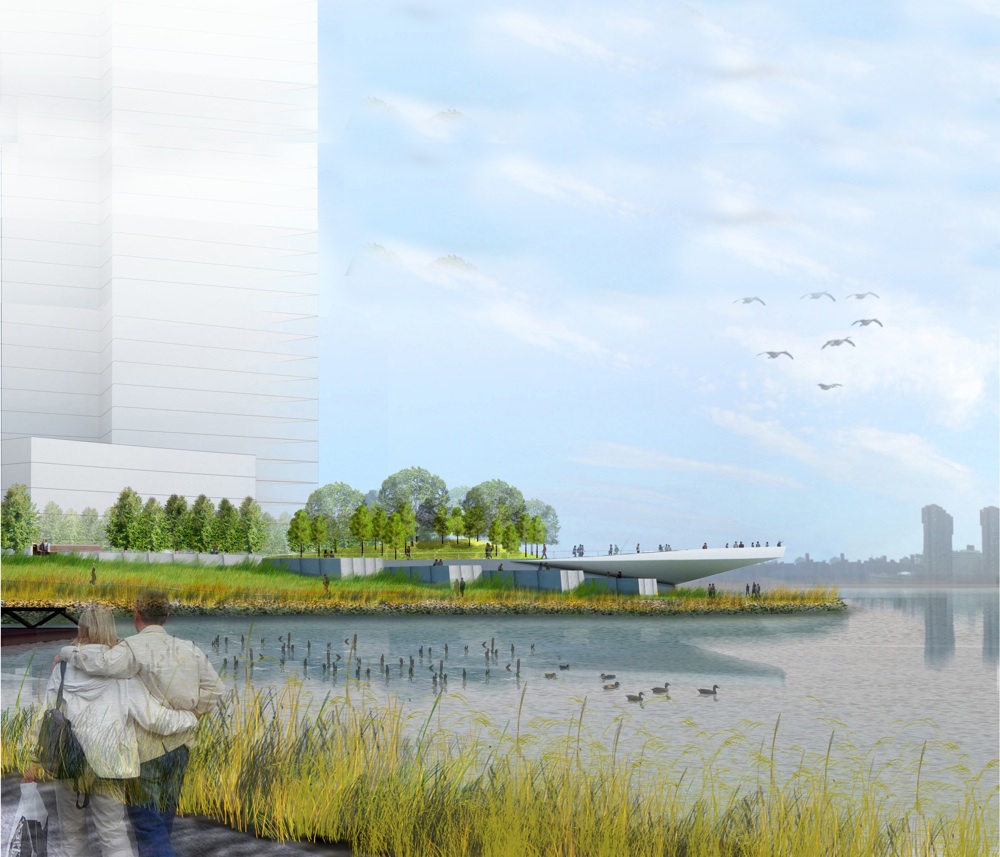