A Proposed Tower for Central Park

Here we have a case of architecture entwined with democracy, free enterprise, and sustainability – in a spiraling, 712-foot-tall observation tower overlooking New York’s Central Park.

DFA, a 15-person, four-year-old design studio, is proposing the tower as a solution to a pair of challenges.

First, the Jacqueline Kennedy Onassis Reservoir: It’s a toxic mess, full of algae, and fenced off from public use. DFA sees the tower as a fund-raising opportunity to raise money to transform it back into a non-toxic, useable, freshwater pond. “There’s a spiral wrap at the top of the tower, and visitors would pay 25 bucks to go up,” says Laith Sayigh, founder of the firm.

That’s a solution for the problem that many present-day New Yorkers face: No access to panoramic views of the park and the city. Those views are reserved now mostly to office workers and residents in high-rise apartments. “I’ve always thought that very unfair – the city is rapidly becoming elitist,” he says. “Most of it is foreign money, where the apartments are tax havens.”

He envisions 300 to 400 people walking the tower at any given time, with plenty of room to take in the views. “There are a couple of high speed lifts to take them to top,” he says. “Then they’d walk down the spiral that’s a full city block except they’d be spiraling around the tower, with 360-degree views, and spiral around seven times.”

It’s to be a temporary structure with a lifespan of ten years – just enough to pay for itself and the restoration of the reservoir. And it’s to be prefabricated off-site, of Glulam timber woven around a steel core.

“The tower itself starts with a small base that’s tight at bottom, where the lattice closes, and then opens up as it goes up,” he says. “Then it’s tighter at the top. The tower itself is a cone – it closes, then opens, and then closes again. And the ramp is wrapped around the upper tower.” 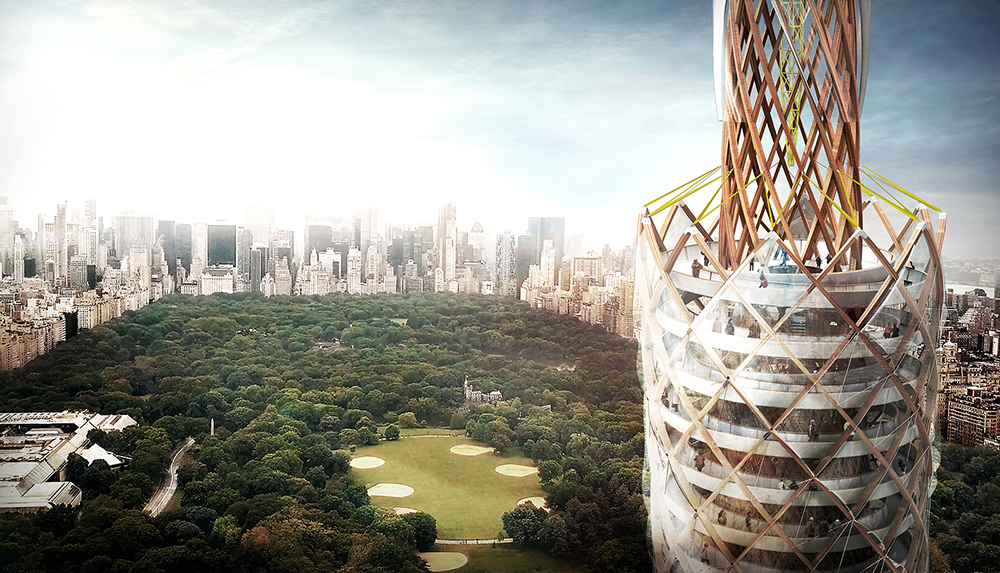 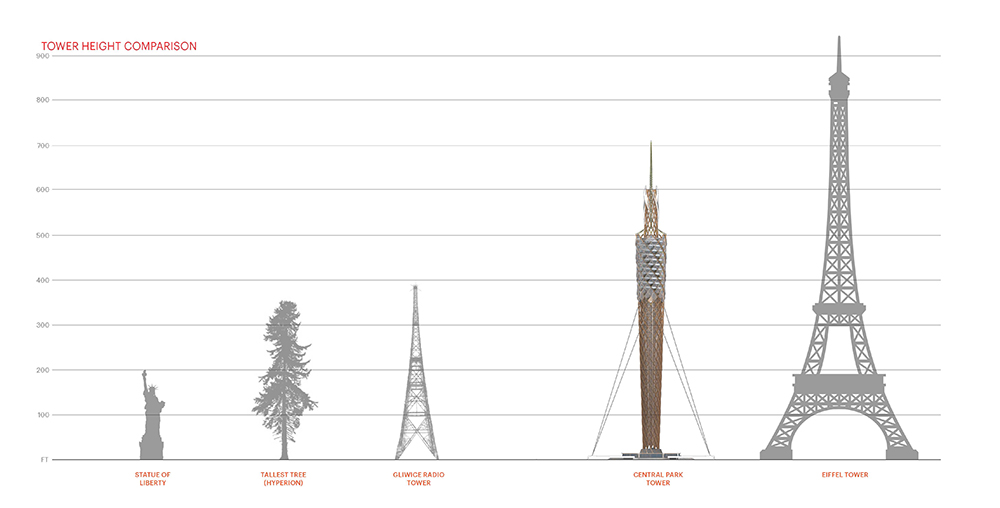 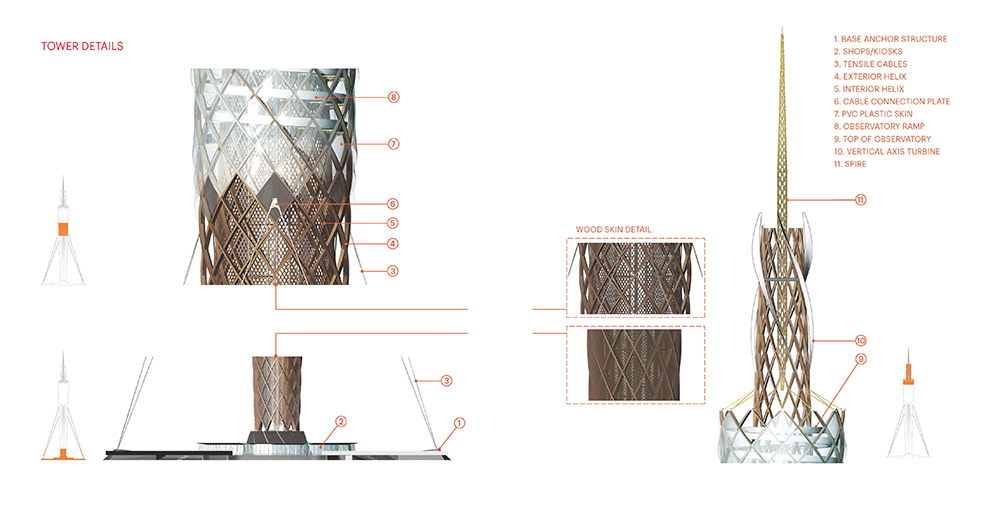 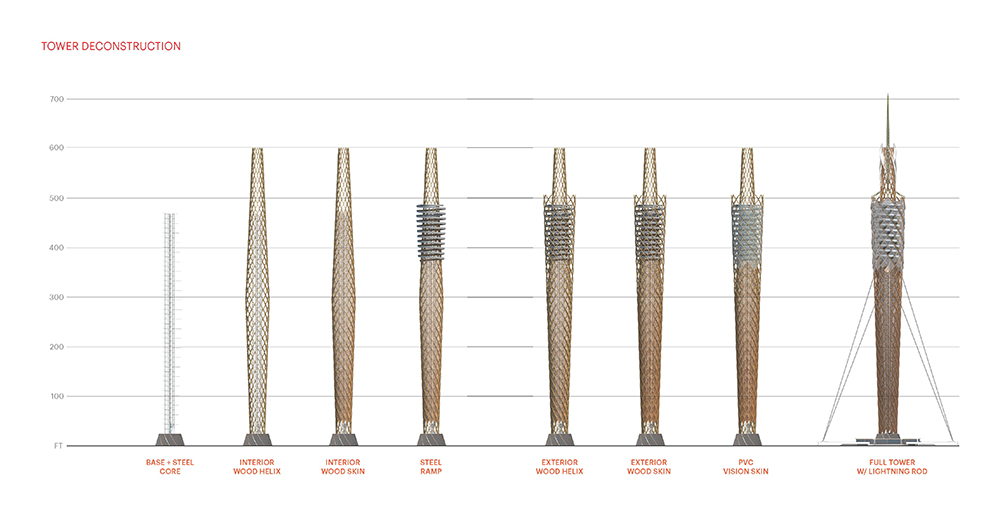 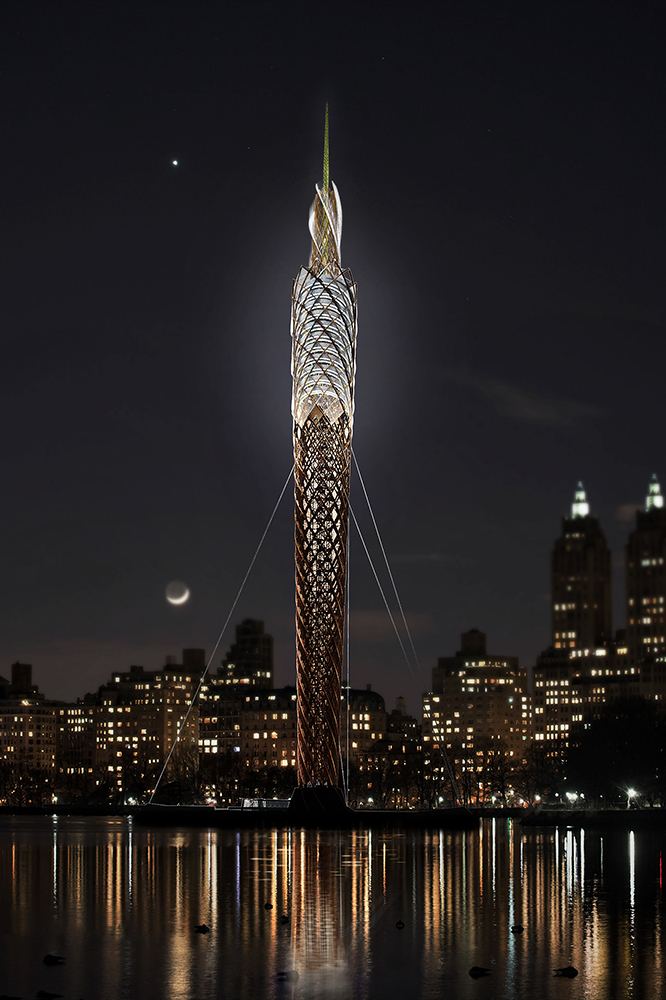 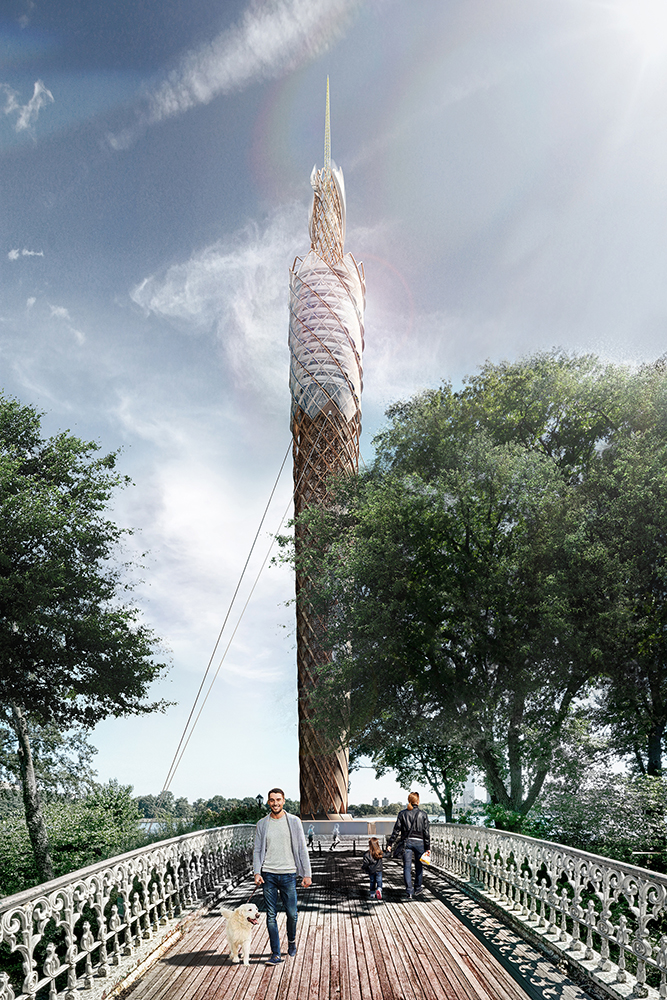 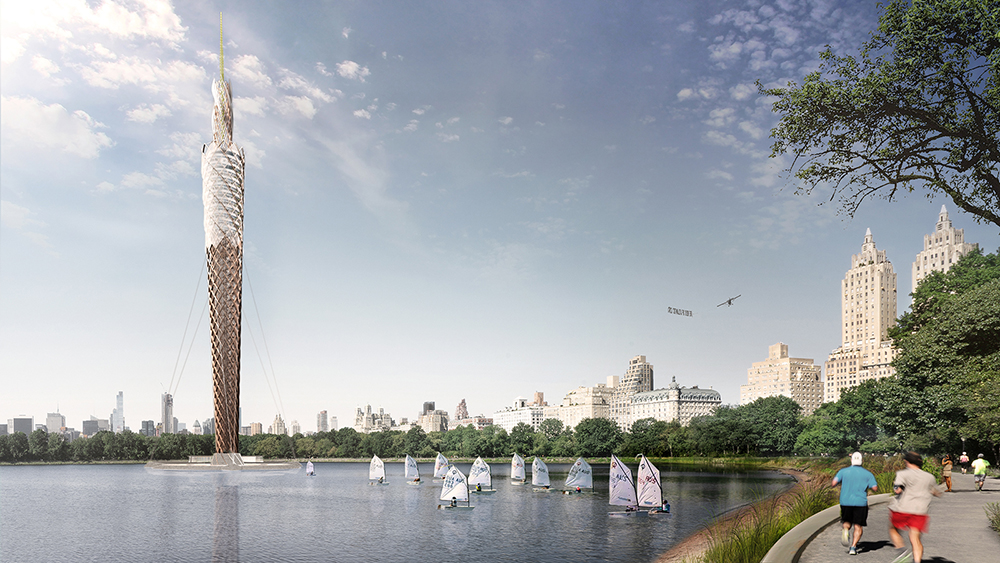 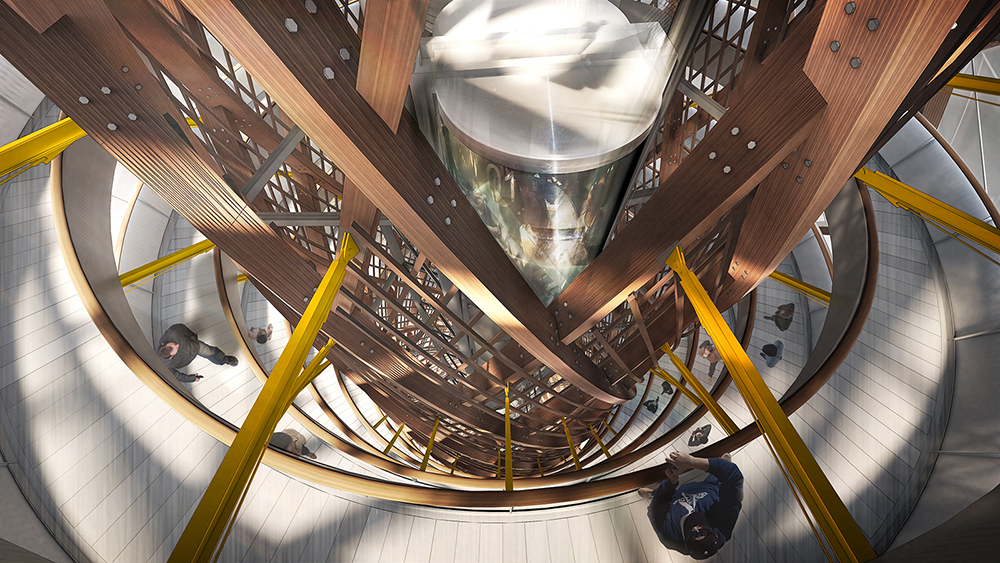 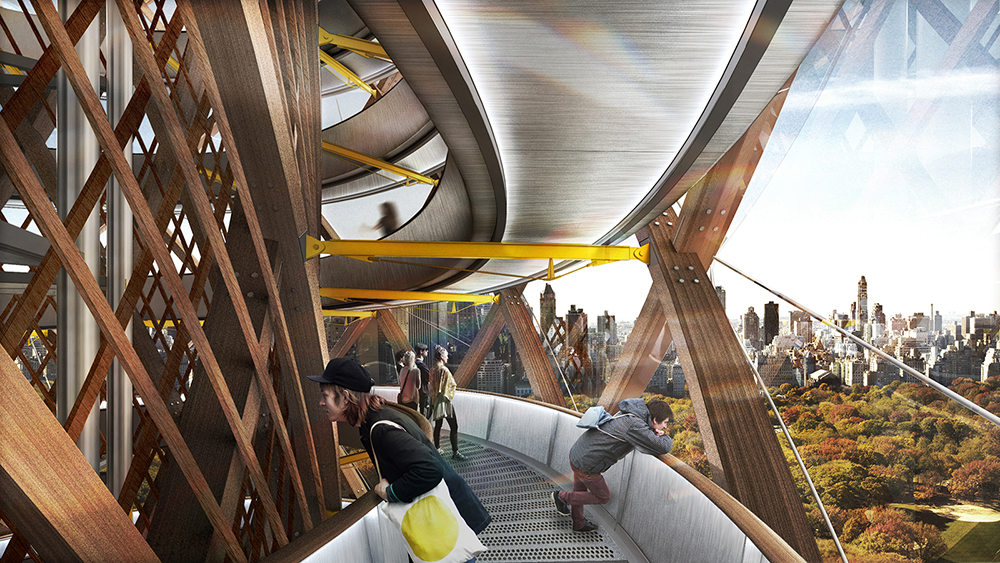 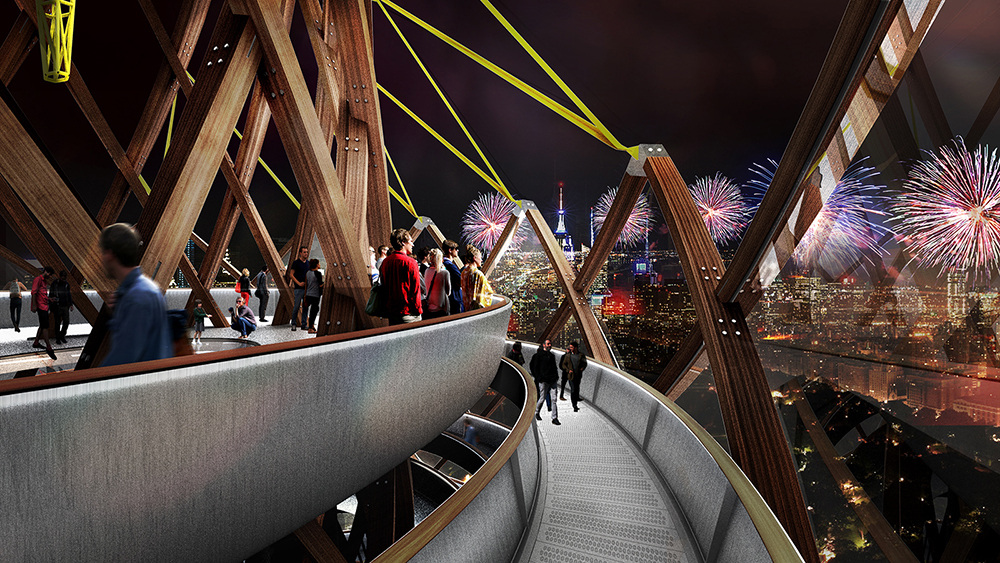 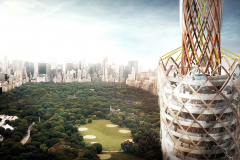 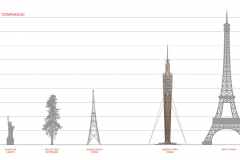 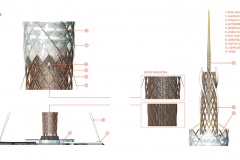 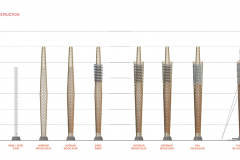 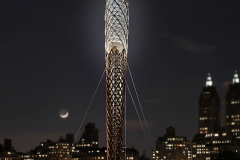 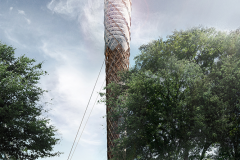 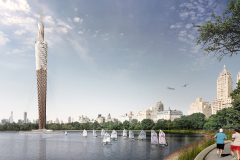 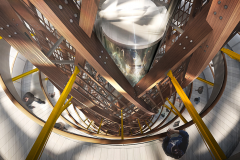 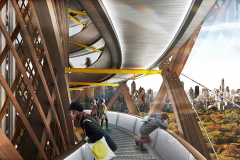 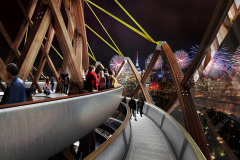 Modernisn Under Threat in Durham 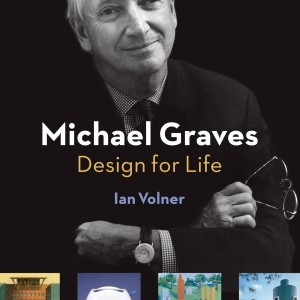 Like Charles Gwathmey, Michael Graves believed that a building should be more than its appearance. “It should be an idea...