A biostatistician during the week, Joseph Wislar restores and customizes vintage cars on the weekends.

That leaves him with a bounty of spare auto parts, so he’s taken to reassembling them into new forms and functions. For example: by hooking up a light bulb to a fuel line, a Desoto carburetor, a chrome air cleaner, and a marker light from a ’53 Chevy, he’s created a new lamp that’s like no other.

“I just floated the air cleaner and the marker light over the bulb,” he says.

His  goal is to showcase the beauty found in the design of vintage cars, and help his clients see them in a new light. He’s particularly taken with the clean and simple lines of the mid-century modern look, as are those who purchase his pieces, priced from $200 – $500.

“My clients are interested in old cars and racing,” he says. “In the ’50s and ’60s road racing and drag racing were in their heyday, and it was the heyday of design as well. They’re attracted to that look.”

He may be busy on his weekdays reviewing medical records, but at night and on weekends, he spends his time making lamps – 20 to 30 so far – by himself, and with others..

“I’m working on a floor lamp, collaborating with my wife on it now,” he says. “She’s building a bentwood base for it – the light’s hanging from a motorcycle chain.”

Though his wife is an artist, Wislar makes no such claims for himself. “I just rearrange parts to create something,” he says.

But if the things he creates have a function, that makes him a designer – a designer who works with vintage auto parts, sure, but a designer all the same. 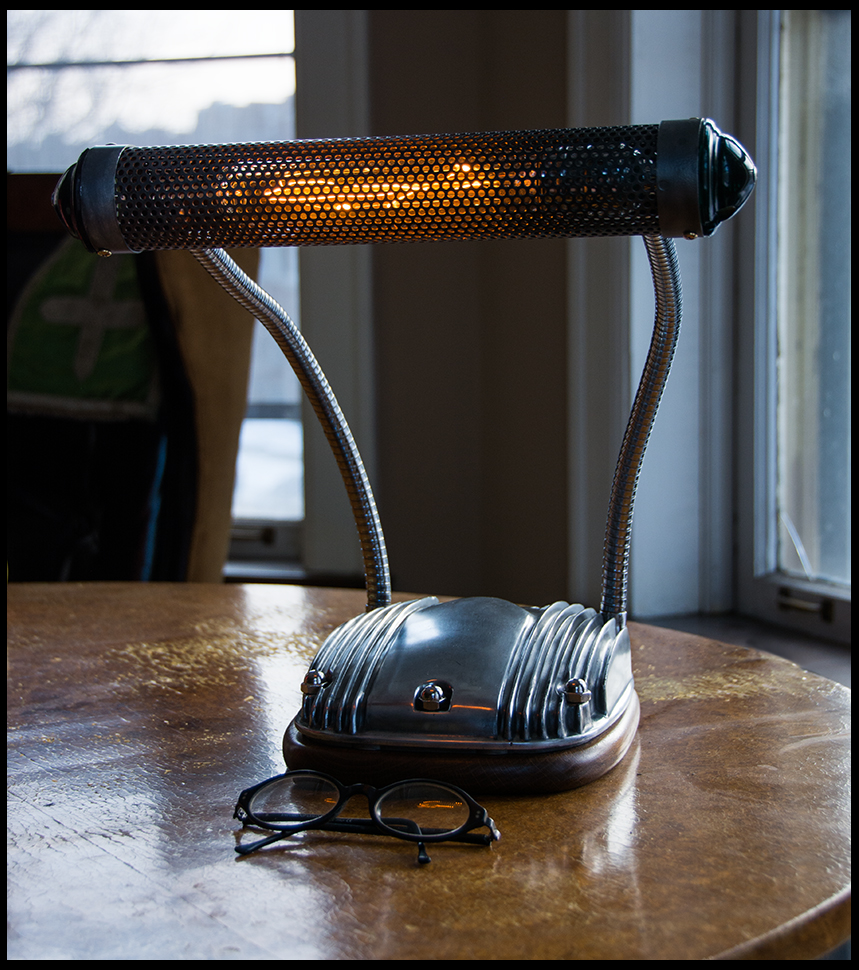 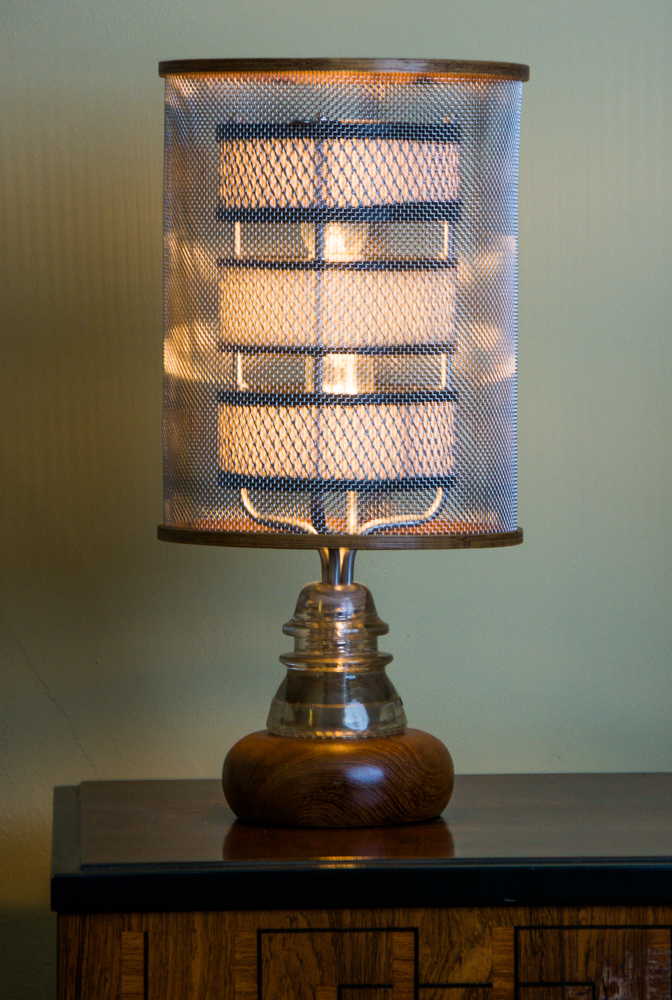 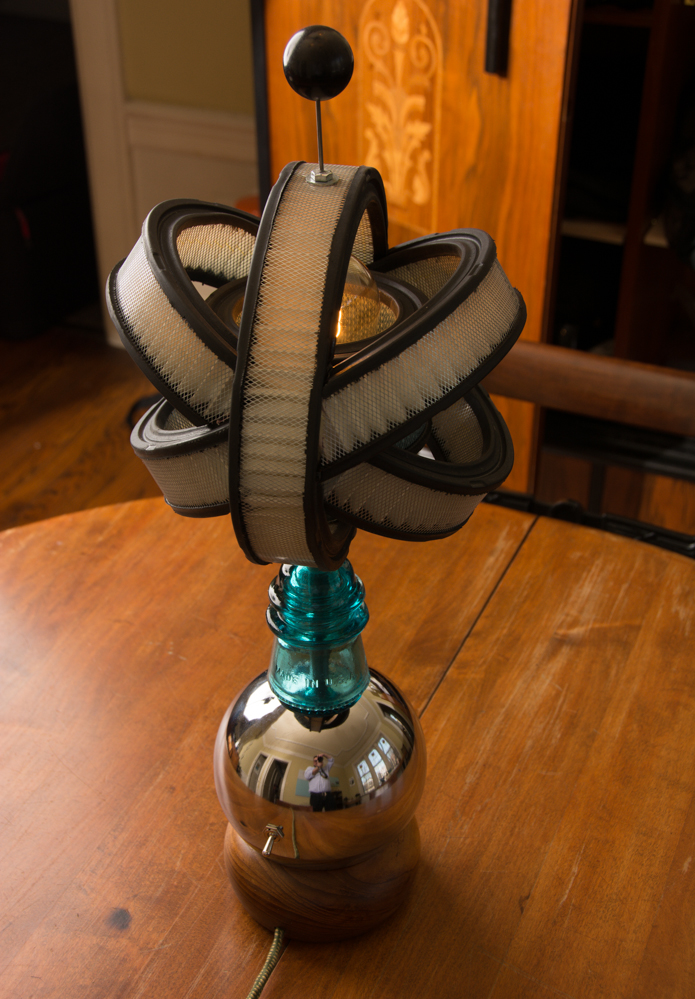 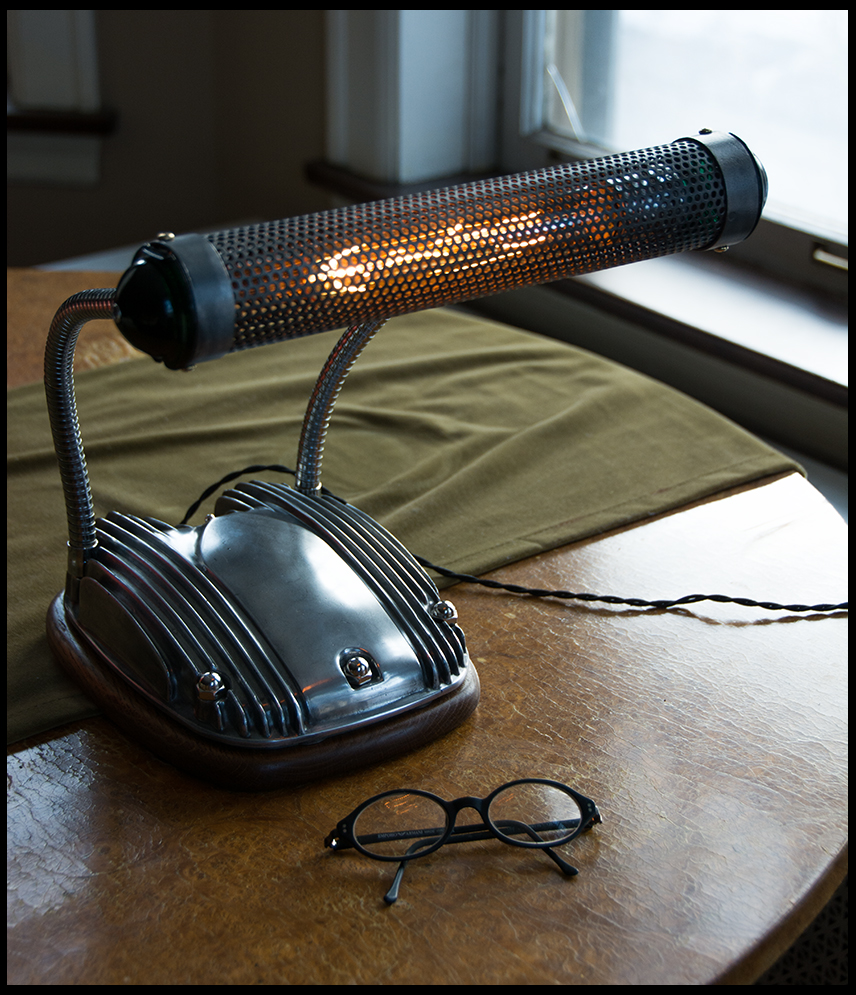 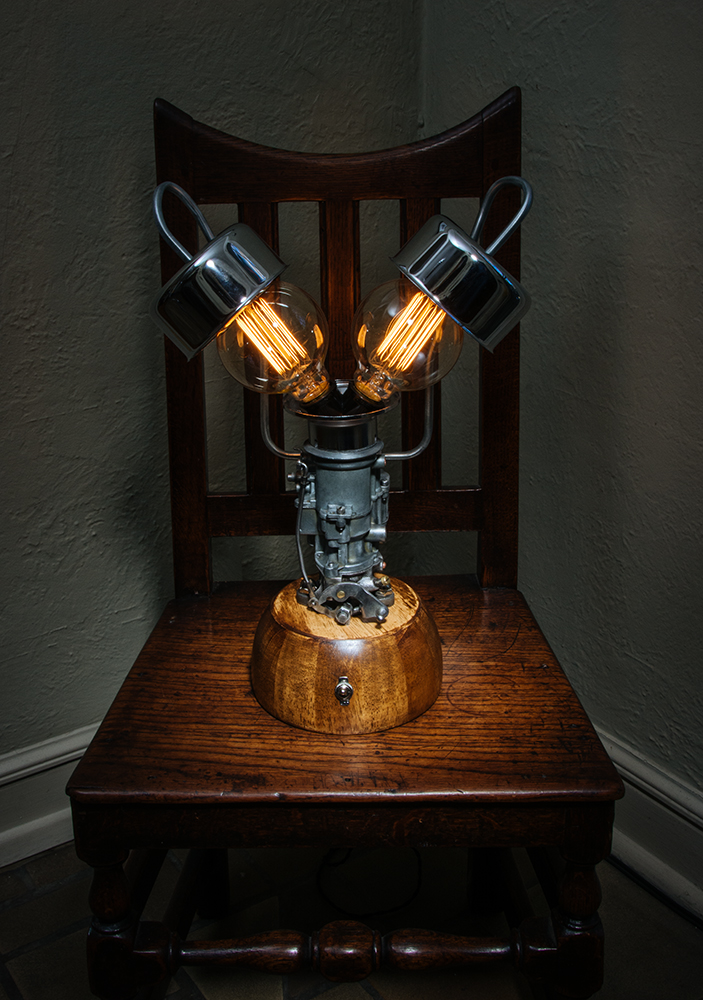 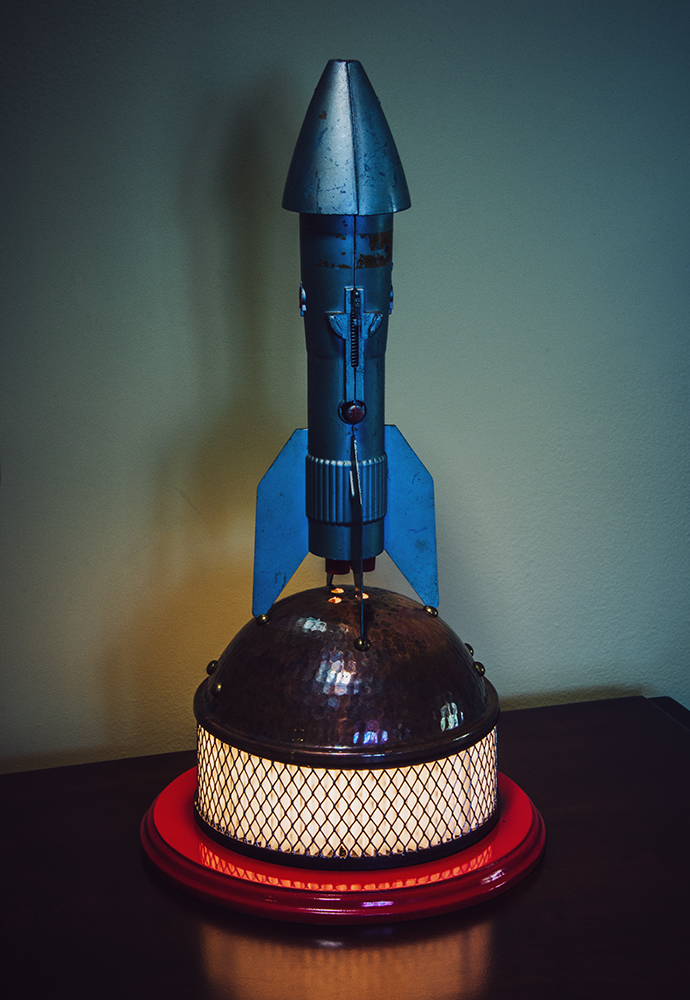 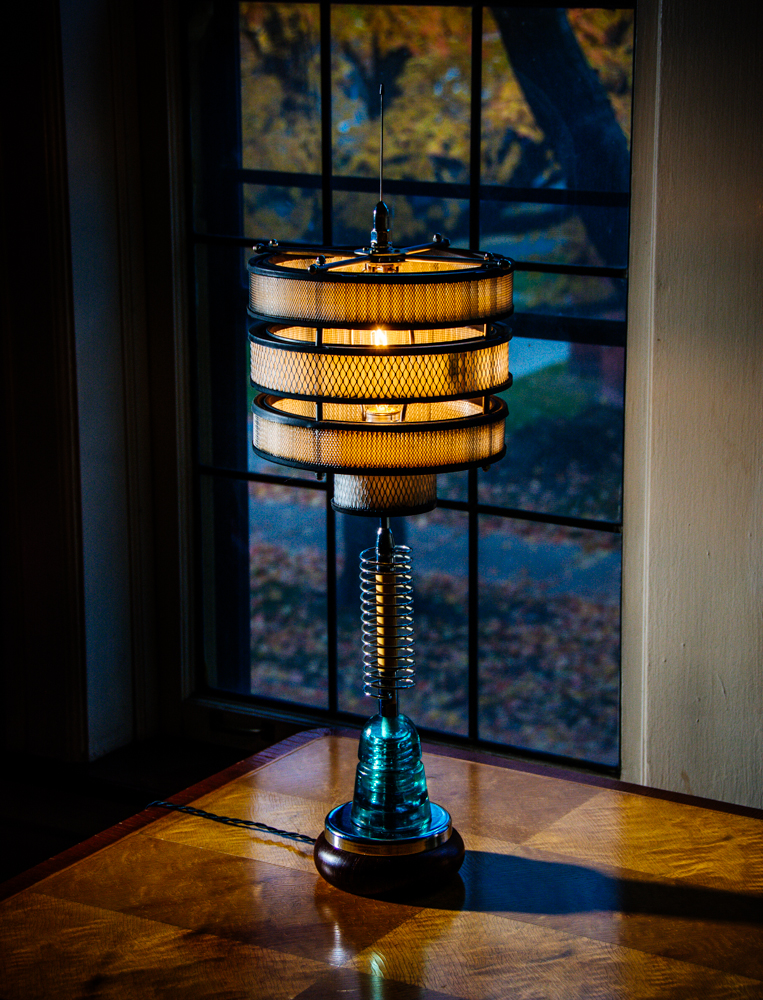 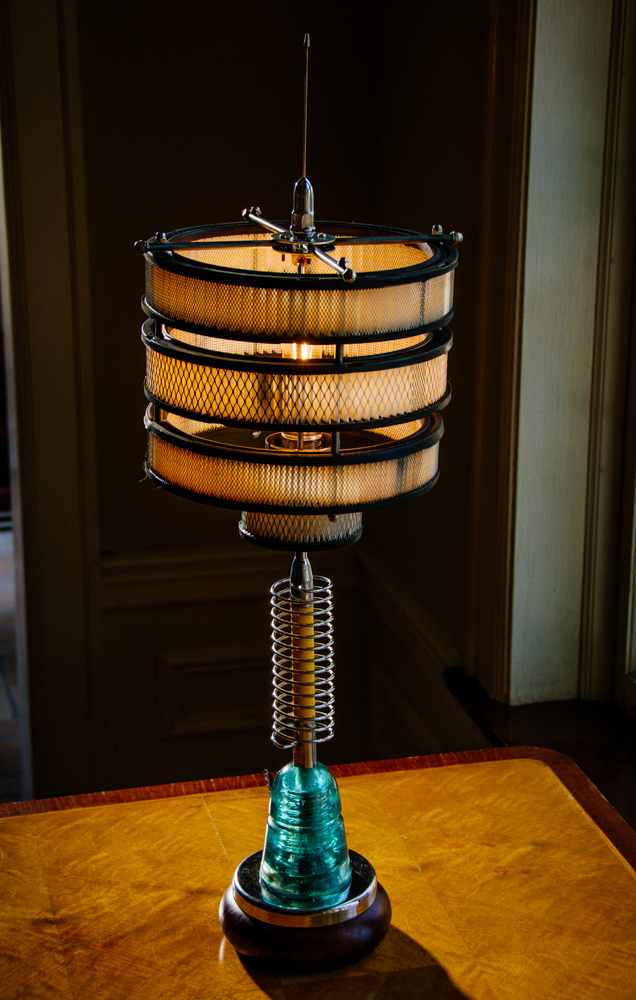 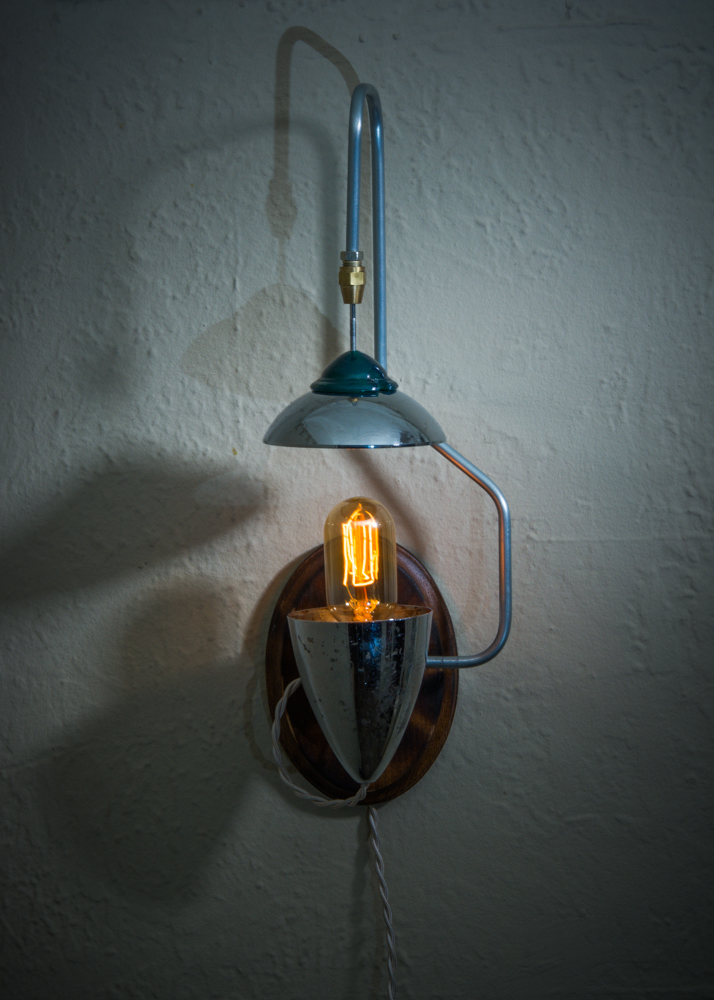 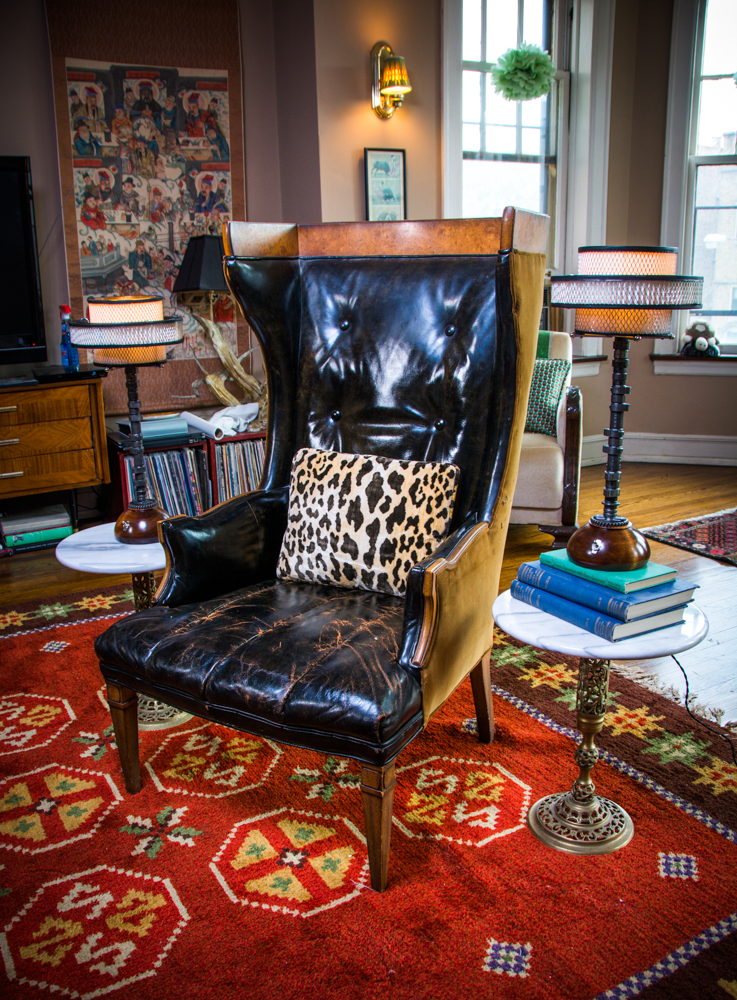 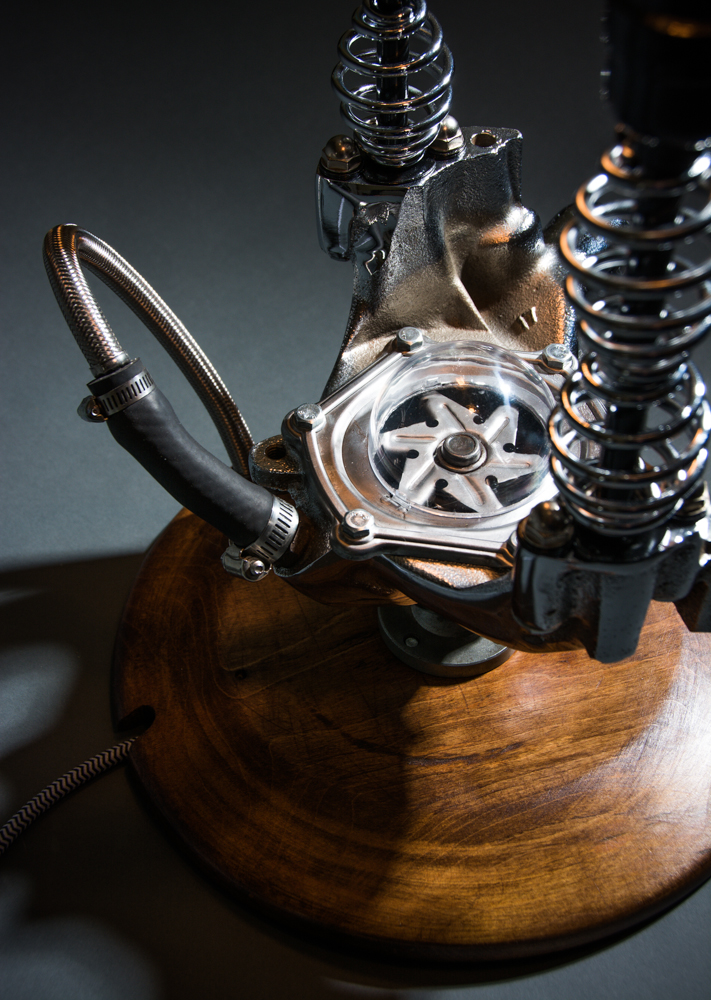 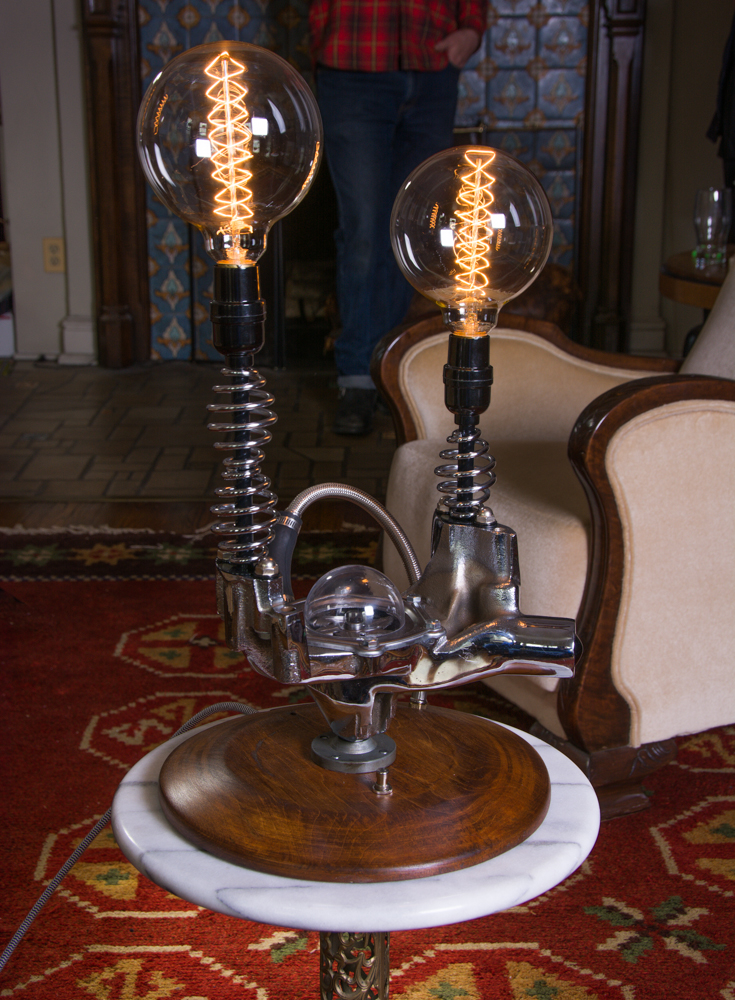 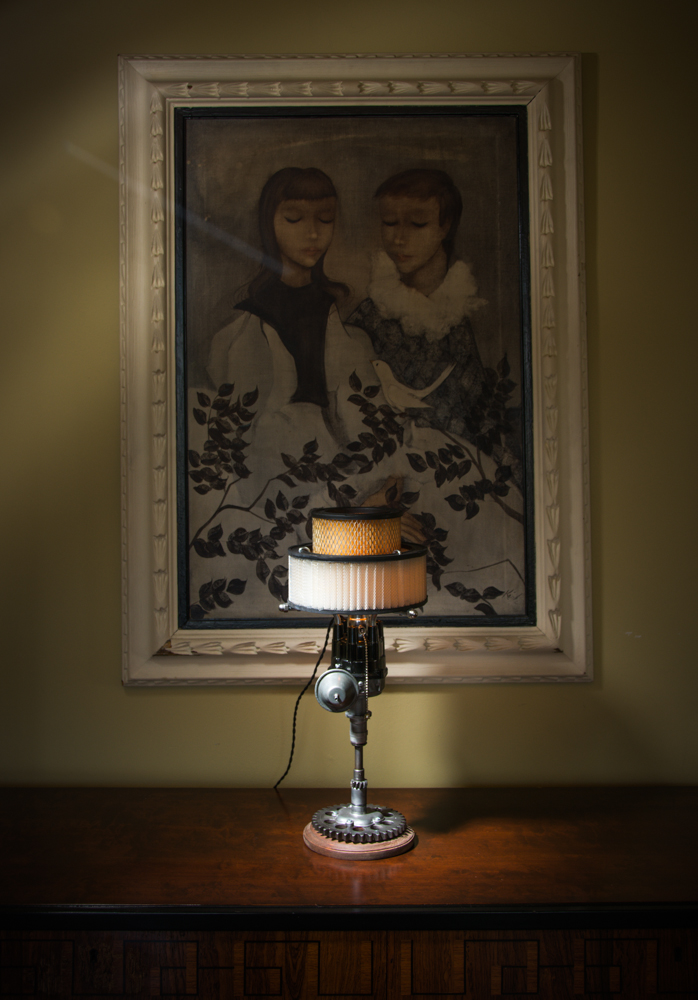