“The Underdome Guide to Energy Reform” by Janette Kim and Erik Carver, published by Princeton Architectural Press, is the first book by architects to examine the political narratives behind modern energy schemes. A+A recently interviewed its editors via email:

What’s the intent of the book?

The Underdome Guide to Energy Reform combines a catalog of positions on energy politics to open up new possibilities for designing and appreciating architecture. The book prompts readers to consider design as a form of political action. Although books on sustainability have become common in recent years, they typically trumpet particular technical or design approaches that save energy, or seek to raise awareness of the severity of energy crises. In this book, we wanted to examine the underlying ideas behind these disparate projects and identify broader assumptions, spoken and unspoken, accompanying the identification of energy problems.  We want to avoid the easy moralism often associated with sustainability in favor of first listening to multiple positions and creating more clinical drawings of architecture’s role in energy management.

Underdome is a hybrid of design, description, and theory. It is written for practitioners, scholars and students of architecture and allied fields who are interested in the politics of ecology, consumption, energy management, and sustainable development. A second potential audience of the publication includes readers from other disciplines who work on the same problems.  These might include economists, environmentalists, community advocates, political scientists, and policy makers. Finally, we think there are a number of others out there who are not in these fields but have a more personal interest in these questions.  Through including a variety of formats and voices, we’ve tried to connect with all these audiences.

The dome is arguably the most iconic device for environmental control in architecture, and Buckminster Fuller and Shoji Sadao’s domes loomed like totems over us as we initiated this project. But another famous dome was Thunderdome, from the Mad Max series, because it revealed tensions in society that would rise to the surface in a post-oil world. Here the image of the dome became a site for agonistic exchange. By crossing Fuller and Mad Max, we felt we could productively play up tensions between utopia and dystopia alternately embodied by the form of the dome. Other inspirations have been the political alliances over environmental questions, often between otherwise opposed camps. For example hippies and hunters embrace similar priorities on land use even though they hold very different ideologies – this interested us because it pointed to a different way to imagine the camps and positions – beyond red and blue states, so to speak.

This book started in the shadow of the 2009 stimulus bill (ARRA), with a hunch that environmental technologies always contain hidden politics that architects would be interested in hearing about in a more explicit way.  The project has evolved through a process of testing, discussions, and reflection. It started as a field of Post-It notes on a wall at the Van Alen Institute. Like entomologists pinning up beetles and butterflies, we identified schools of thought and arrayed them on the wall as we went. We interviewed activists and journalists and real estate developers. And when we were able to draw a map of the spectrum of attitudes, we then tested it further with more in-depth conversations with experts – people from the mayor’s office and people who had worked for the TVA, as well as architectural designers and scholars. Ultimately, the ideas that emerged from these exchanges inform the essays and transcripts printed in the book, and the range of strategies in the book’s visual guide to 48 sites of energy reform.

We describe this book as a guide to invite readers to position their energy decisions within larger contexts and fold them into their design decisions and practices. We attempt to lay out a true diversity of strategies on an equal footing, in their best possible light. No one approach here is complete, but they are tools that can be co-opted, adopted, and combined.

What is the Underdome?

We created the term Underdome to reference the idea that domes are both devices of environmental conditioning and stages for debate–they’re both Biodomes and Thunderdomes. We also wanted to ask how spaces beneath, inside and outside of domes are equally influenced by architectural techniques of managing energy. Although people typically see domes as self-contained bubbles, or expressions of closed-loop systems, we wanted to explore a more expansive definition of these devices by recognizing the role of any energy enclave within a larger networks and set of influences.

What are the connections between energy, politics and architecture?

We begin with the question: What is architecture’s agency in the face of deep structural forces like markets and governments? By reading energy reform through the political ecology discourse, we can identify collective interests activated by access to and control over ecological resources. Architecture plays a role in re-configuring and re-imagining this commons. The simple envelope of an off-the-grid house, or say, the Bank of America tower in New York City with its own dedicated mini-power plant, imagines a political world. In a strict definition of power, the distinctions of ownership, risks and rewards are written into energy relationships. But beyond this, too, designers put forward images of what a sustainable city is, from the Jeffersonian grid to the post-industrial city; and they imagine ideas of restraint, pleasure, and identity through the terms of lifestyle. So architecture isn’t everything, but it’s also not nothing.

What kinds of case histories are included?

The visual guide contains descriptive and sometimes playful diagrams outlining techniques, and protocols already at work in architecture, landscape and urban design practices. It draws contemporary projects and sites located throughout the United States, including its supply chains, military operations, and ecological impacts. Examples include the use of spray-foam insulation in U.S. Department of Defense army bases in Iraq, a Megastructure transit terminal in San Francisco, and the retrofitting of second homes initially subsidized by the U.S. National Coastal Home Insurance Plan. 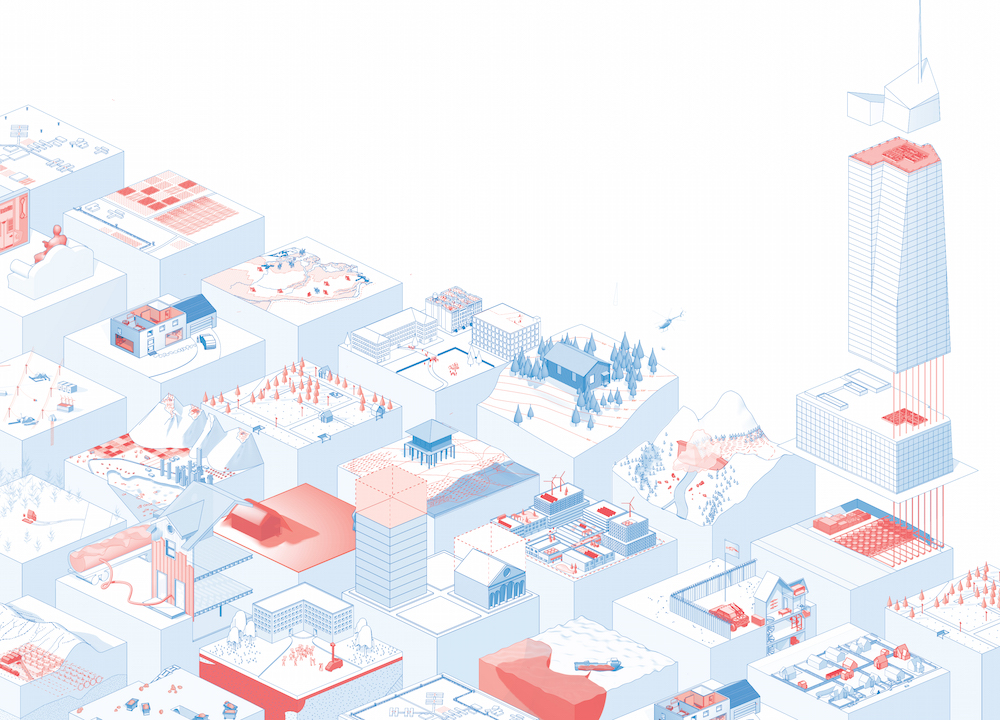 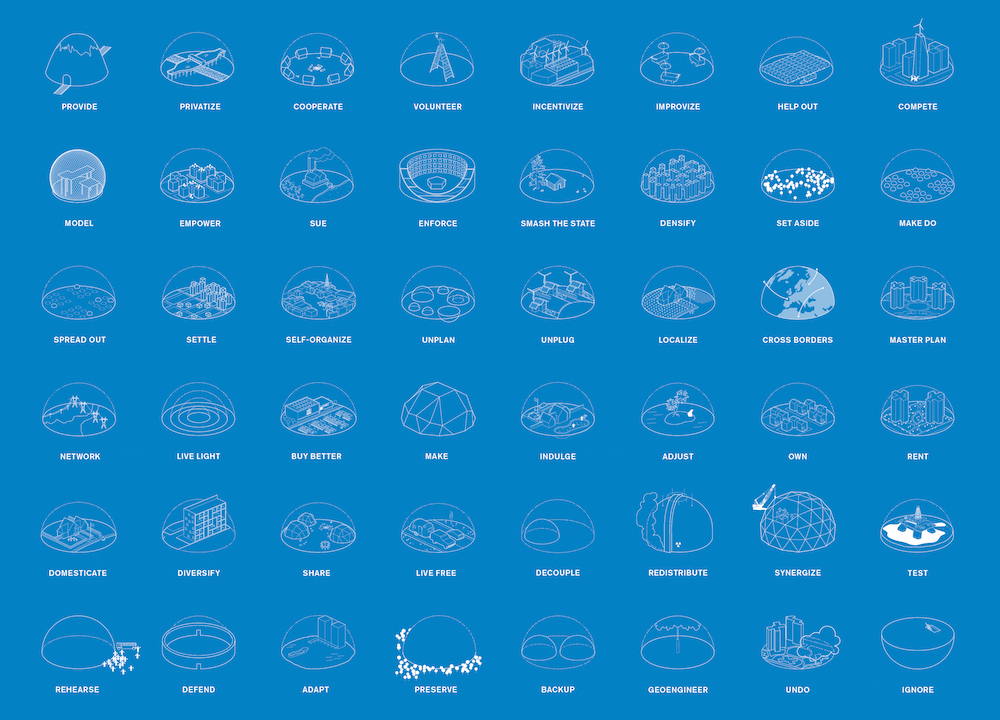 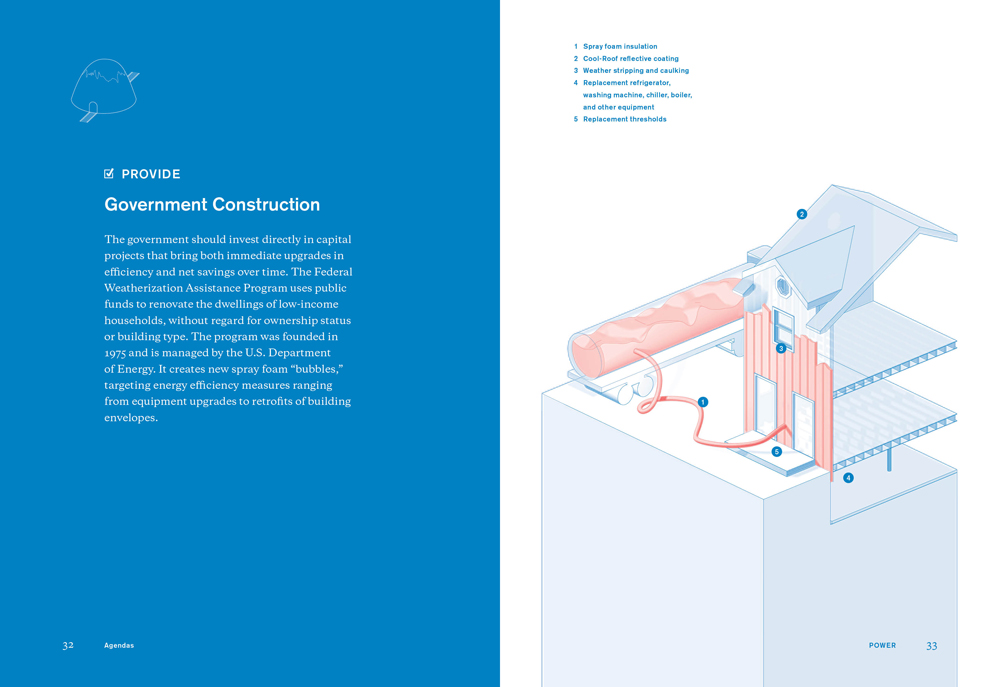 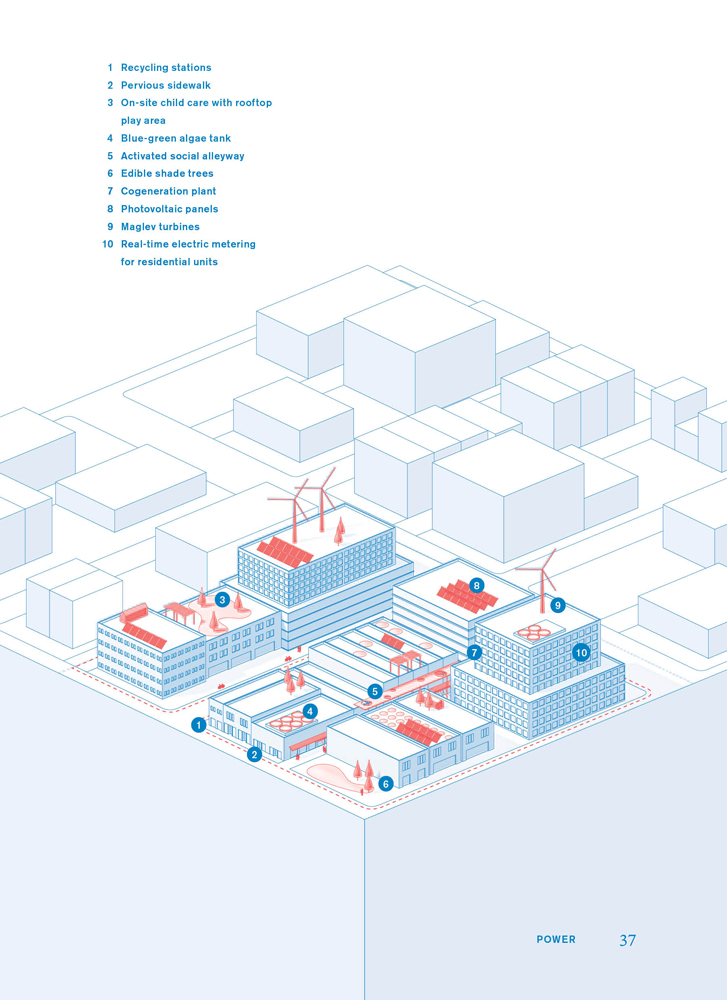 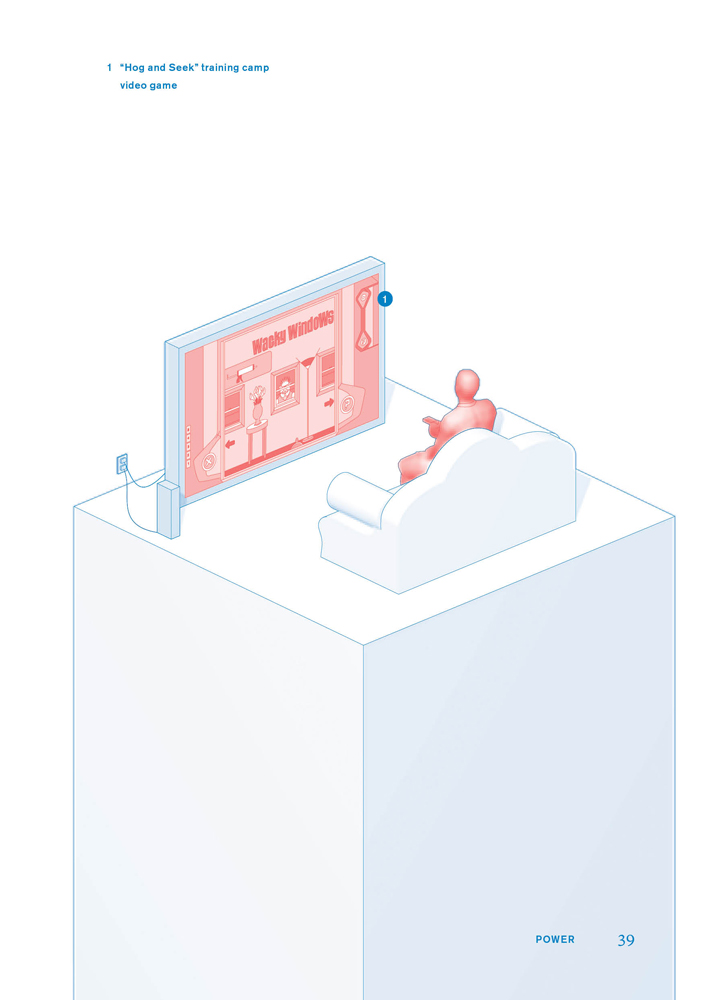 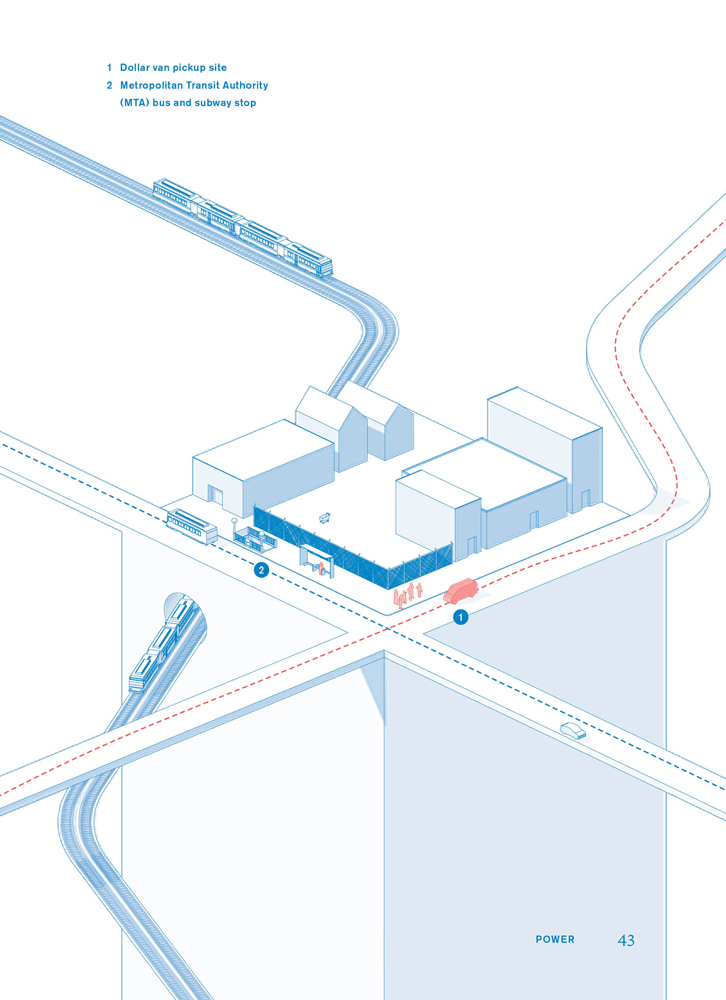 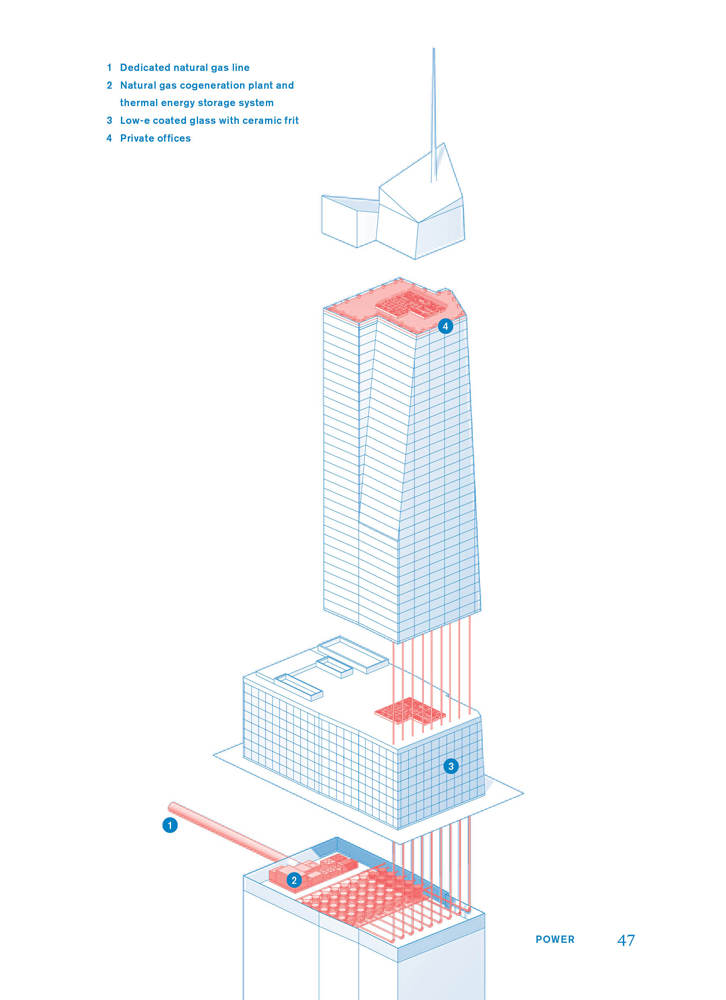 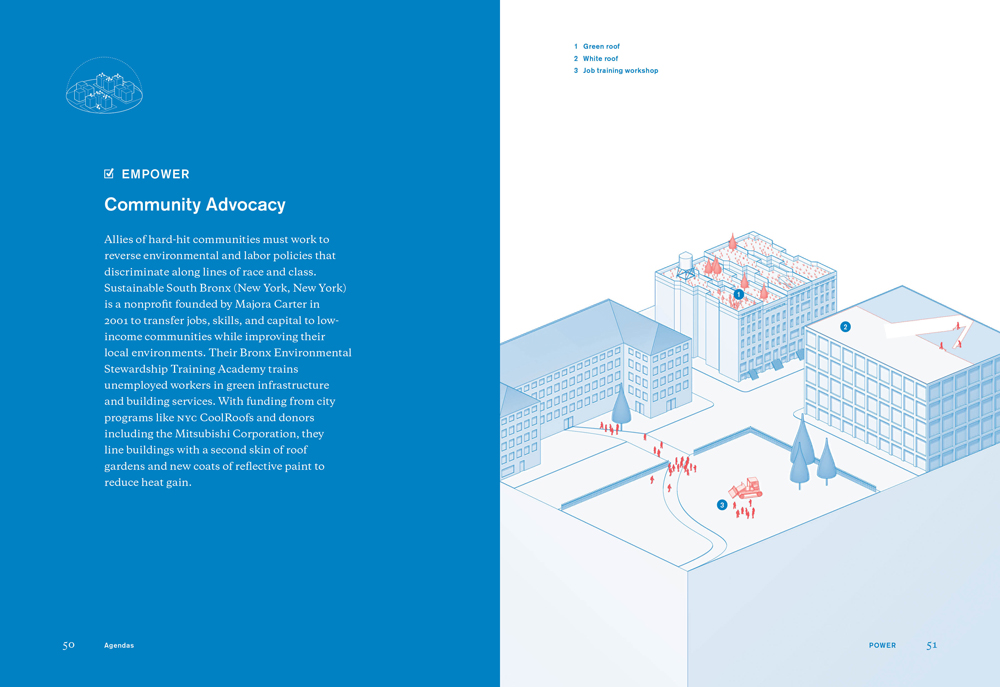 The End of an Era at the Chelsea Hotel

We were delighted a few weeks back to receive a handful of images of a handmade console, a bespoke piece created for an Italian...