For (fer) studio, the Kim residence in La Cañada Flintridge, Calif. was more than a renovation.

It was a transformation.

Snugged into a hillside in Los Angeles County, the approach to the 1950s ranch-style home was down a steep slope and a winding drive. Its shingle roof was the dominant visual element.

“Normally you look at a house from the wall perspective, but here the roof has a much bigger presence,” says (fer) principal and partner Chris Mercier.

Now the shingles are gone, replaced by a green metal standing seam roof.

They also found a house that was visually and physically detached from its landscape and swimming pool to the rear. But by working with a feng shui specialist, Mercier and partner Doug Pierson united all those elements.

They achieved that with a pair of axes. One runs from a new water feature near the drive to a walkway of pavers leading up to the entrance, then inside through living areas and out to a new deck overlooking pool, firepit and sunset. Another axis runs lengthwise through the house, connecting master suite on one end to living areas and two bedrooms, bath and laundry room on the other end.

They expanded the footprint of the single-level home, from 2,300 square feet to 3,200, opening up to the landscape at the rear as they pushed the living areas out.

“The client’s idea at the beginning was to expand it, but we ran into some restraints because of the pool and septic system,” Pierson says. “So we did a small rear yard expansion for the kitchen/dining/living areas – we went out four feet off the back of the house.”

The home’s roof still dominates – but now, in new ways.

“Its fold-up on the front welcomes you as you arrive,” says Mercier. “The fold-up at the back gestures to the pool and the sunset.”

Its form may endure, but this is no longer a ranch detached from the land. Instead, it’s been transformed to respond to conditions on site.

And its roofline leads the way. 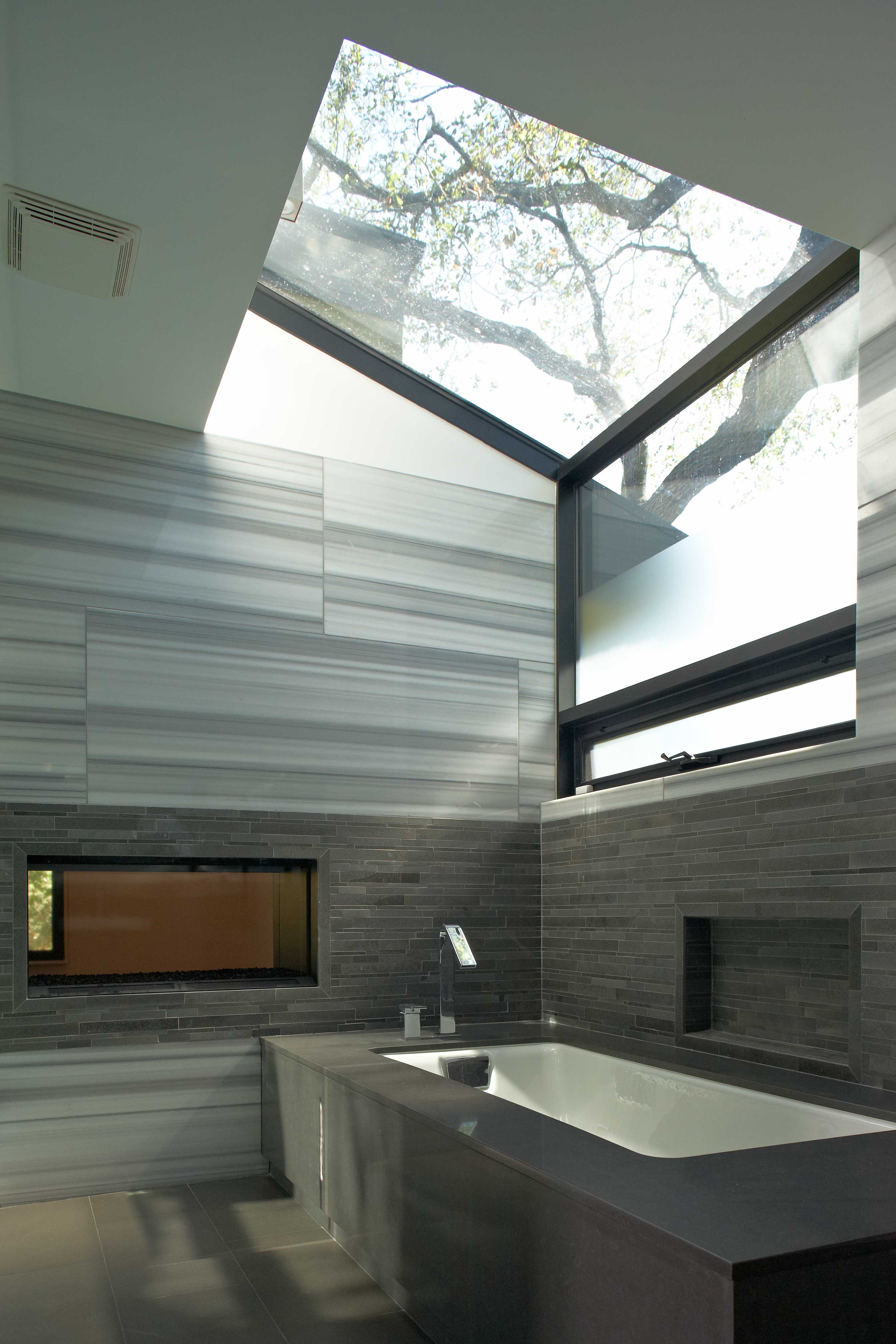 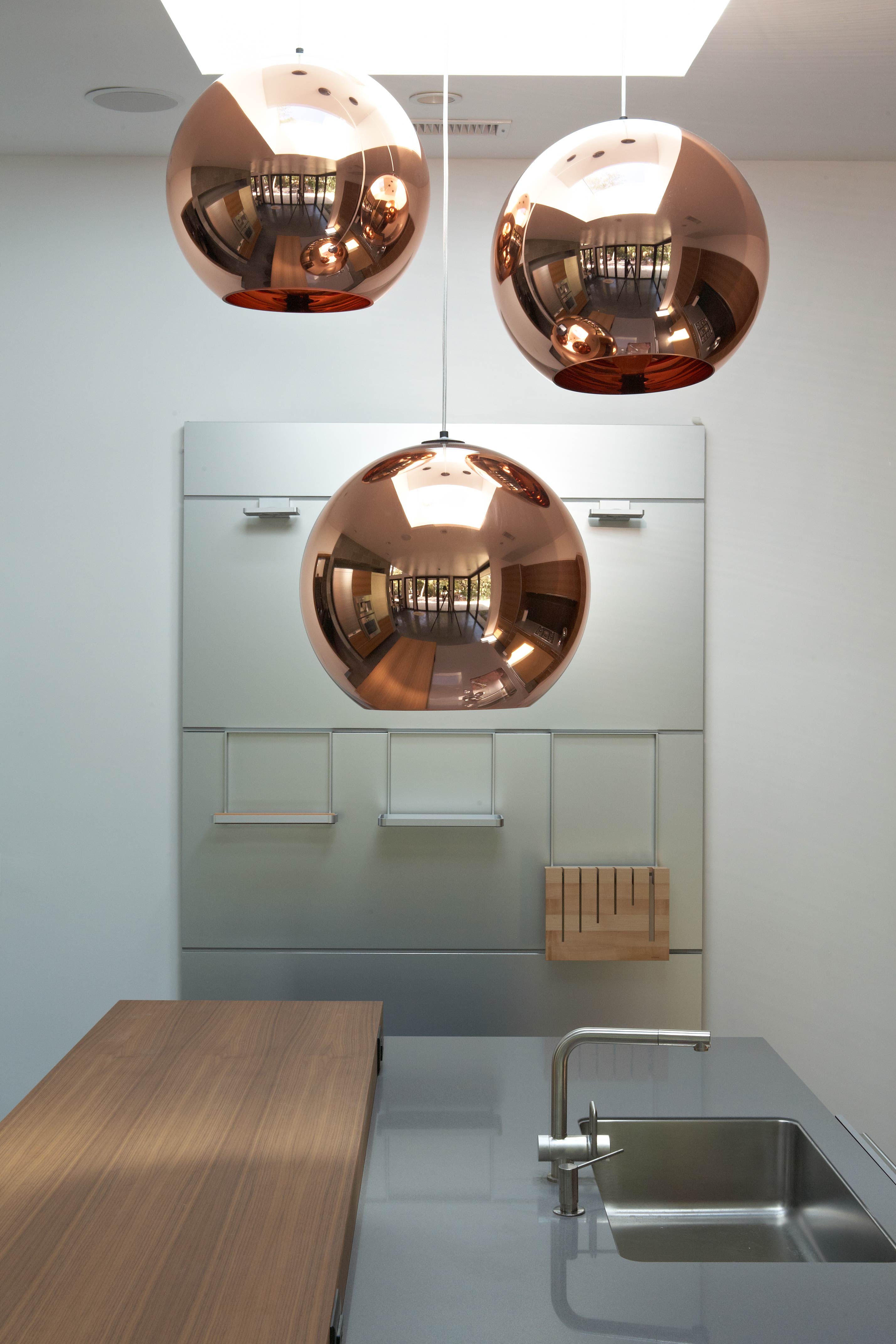 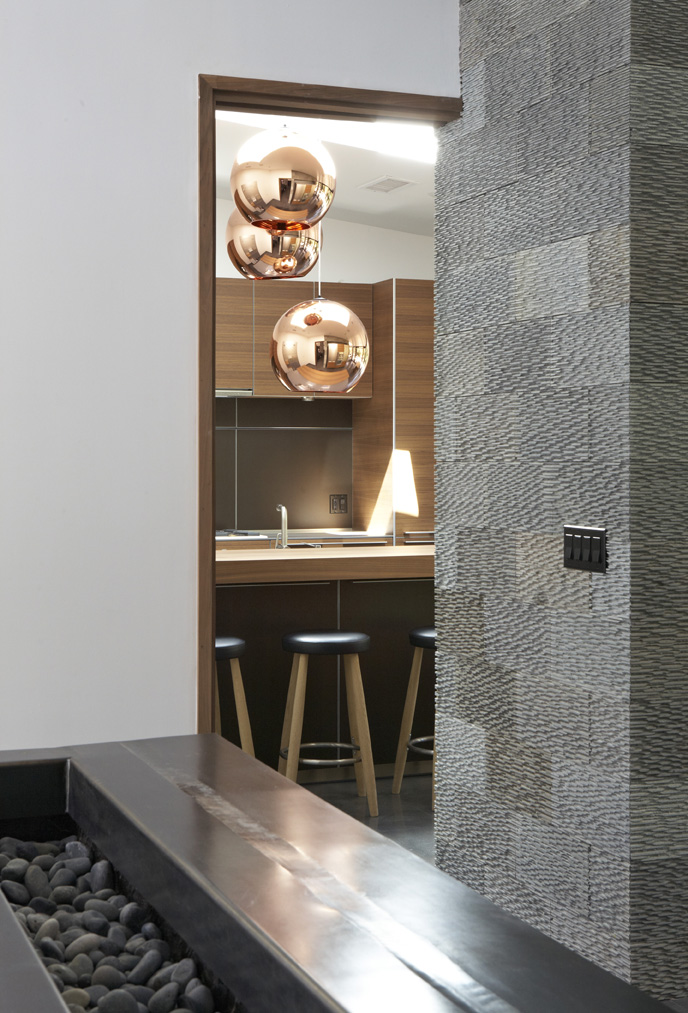 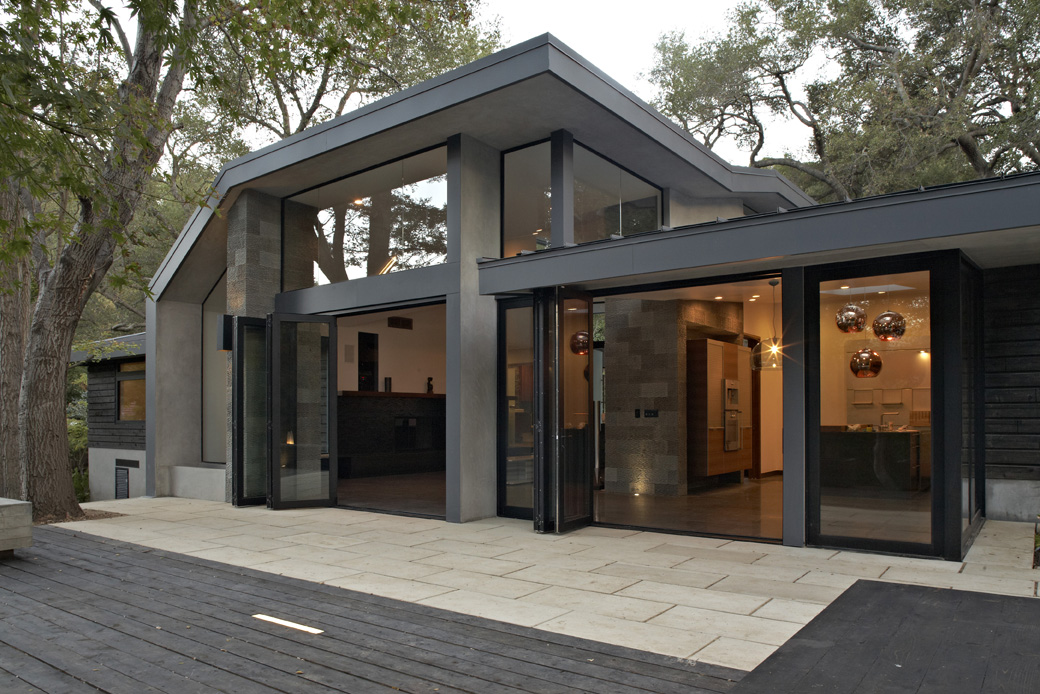 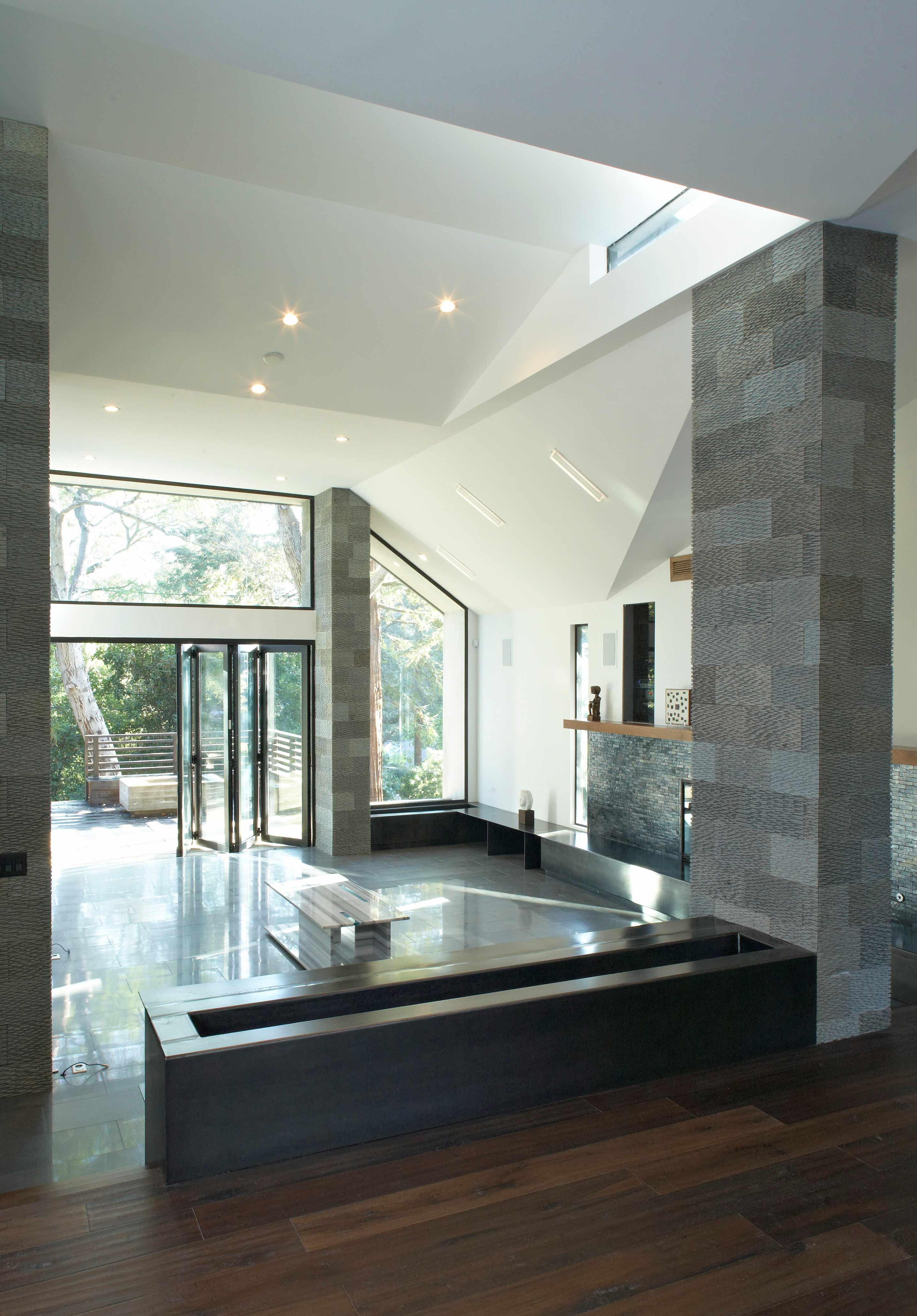 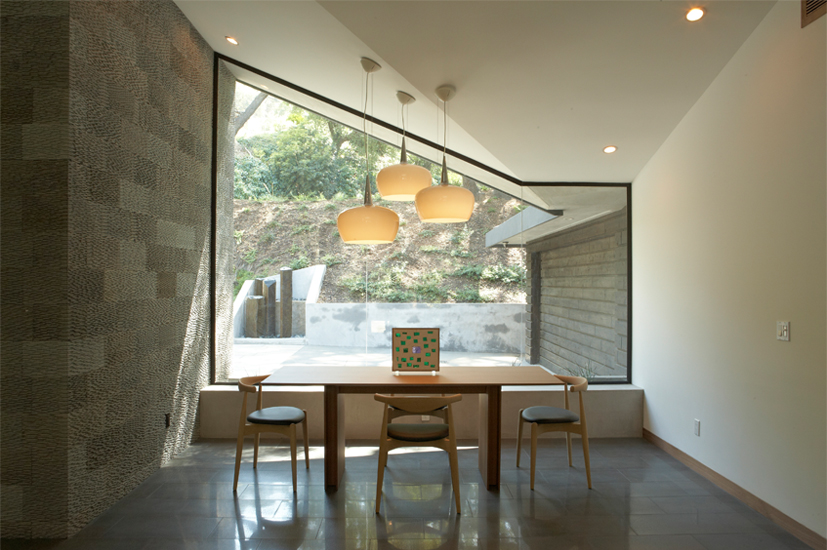 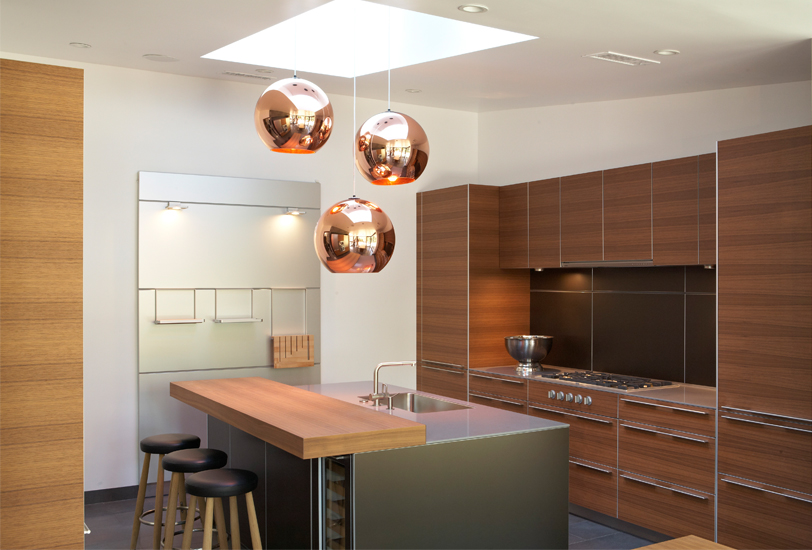 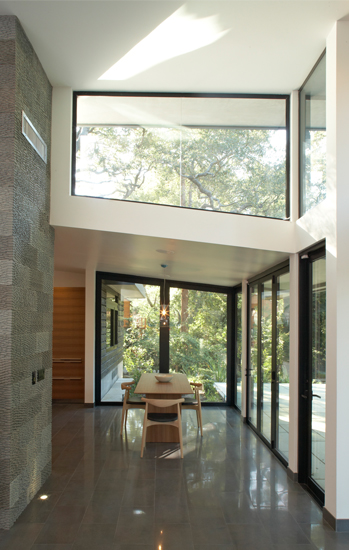 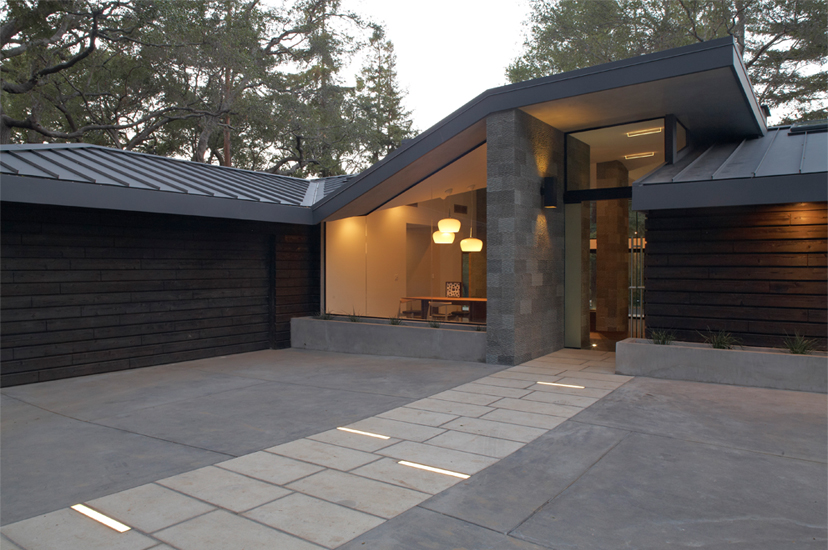 In Los Angeles, Modernism at Auction

When Clay Cunningham decided to launch his first U.S. store for Spin Ceramics – a coveted brand of Chinese tabletop porcelain...