During the past decade, the rebirth of downtown Knoxville, Tenn. has seemed something of a miracle. In fact, it’s been the result of the resourceful efforts of a handful of developers who’ve almost single-handedly restored 25 turn-of-the-20th-century buildings, and in the process, transformed a culture from down-at-the-heels ghost town to thriving metropolis. We recently interviewed one of them – architect Mark Heinz – about the restoration of a former J C Penney building there.

What’s the background on your company?

How many projects to date have you worked on in Knoxville?

David and I have restored about 25 buildings including: the Emporium (apartments, retail and the Cultural Arts Alliance); the Holston (15 story mixed-use with high-end condominiums); the Cherokee Building  (office and condominiums); the JFG Flats (apartments, retail and office); the Daylight Building (ground-floor retail and apartments); the Arnstein Building (retail, office and residential); the Armature Building (retail, office and residential); the Fixture Company (mixed-use); Three Feathers (mixed-use).

While neither of us is originally from Knoxville we both attended the University of Tennessee and have decided to make Knoxville our home.  David studied engineering and I have a degree and license in architecture.  The city center was basically a ghost town after office business hours, but fortunately most of the pre-depression architecture was spared the wrecking ball as Knoxville grew mainly through sprawl after WW2.  This left a tremendous opportunity to rehabilitate a modest city with dozens of fantastic architectural jewels relatively intact.

What’s the history of the J C Penney building?

The Penney’s building is composed of 3 separate buildings that were built the year after the “Million Dollar Fire” of. 1897 that wiped out the entire block.  Each building had a separate owner until a point in the middle of the century when J C Penney’s combined two of the three and ‘updated’ the façade with a modern marble storefront, awning and signage.

Once the automobile and shopping malls diverted shopping to the suburbs, the city was more or less abandoned except for offices and TVA employees, from the late 1960’s until about the year 2000.  This building has sat vacant for at least 35 years.

Most of the low hanging fruit is gone in downtown. Penney’s is a true challenge and what it makes up for in location, it is clearly lacking in infrastructure. The marble façade had metal anchors that were failing due to years of neglect, and the panels were beginning to fall away from the building.

David purchased the building about 2005 and removed the deteriorated marble to expose the current visible façade.  Any protruding details on the original buildings were sheared to form a flush wall for the marble and all of the windows were removed and in-filled with concrete block…see images.

In addition to the poor exterior conditions, the back third of the building has been missing a roof for close to 20 years.  This has led to a complete internal failure on all 4 wood joisted floors at the back of the building. These two factors, combined with the Great Recession, have limited the development of this prominent building.

But four accomplished developers have joined together for the rehabilitation.  There is a new roof as of mid April.  All four floors have been rebuilt.  We have a tenant signed for the entire 11,500 square-foot basement. The basement will be converted into an Urban Bowling Alley with 12 lanes, a bar and restaurant.  We have a permit with the City of Knoxville to add 17 apartments to the upper floors – and most importantly, we are fully financed through our partner, Pinnacle Bank.

We have negotiated with 5 separate ground floor retail/commercial tenants but have not signed a deal – yet.

Your plans for it?

When will you begin, and how long will its restoration take?

We are in full swing and the apartments and bowling alley should be open next spring.

What will it add to Gay Street?

Penney’s has been the ugly eyesore in the heart of downtown Knoxville during the last 10 years.  As almost every building has seen drastic improvements this building is a constant reminder of what much of the city looked like just 10-15 years ago.  Most people that aren’t familiar with what has happened find it an odd curiosity.  Everyone involved with this city’s resurgence can’t wait to scratch it off the “ugly list.” 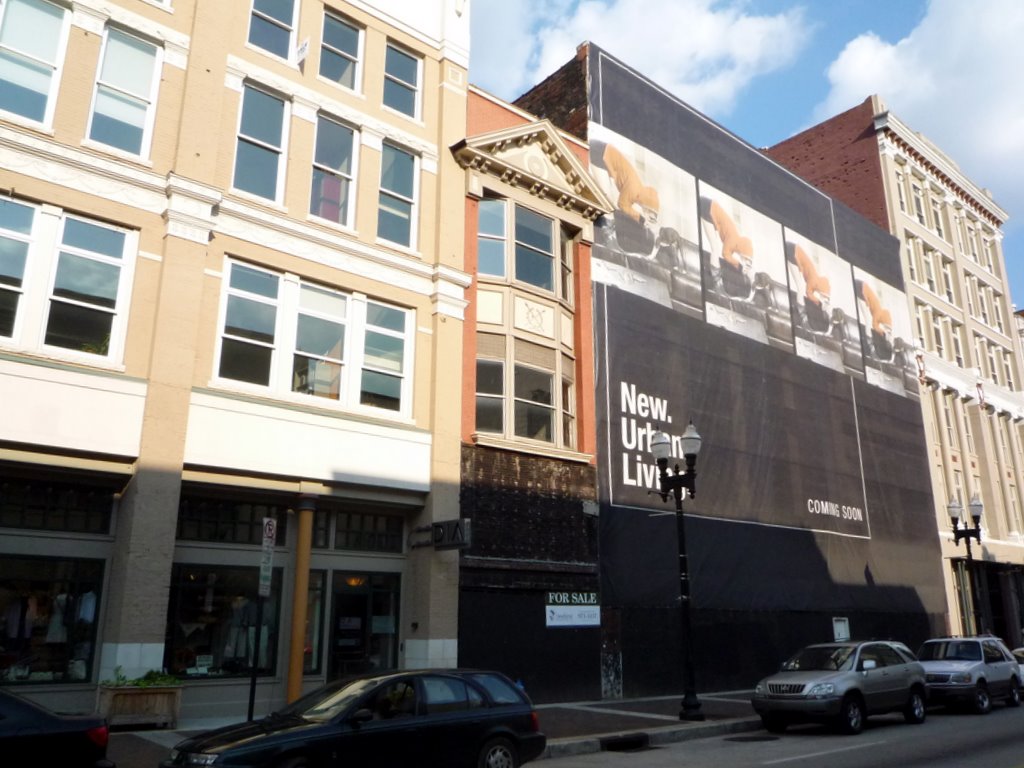 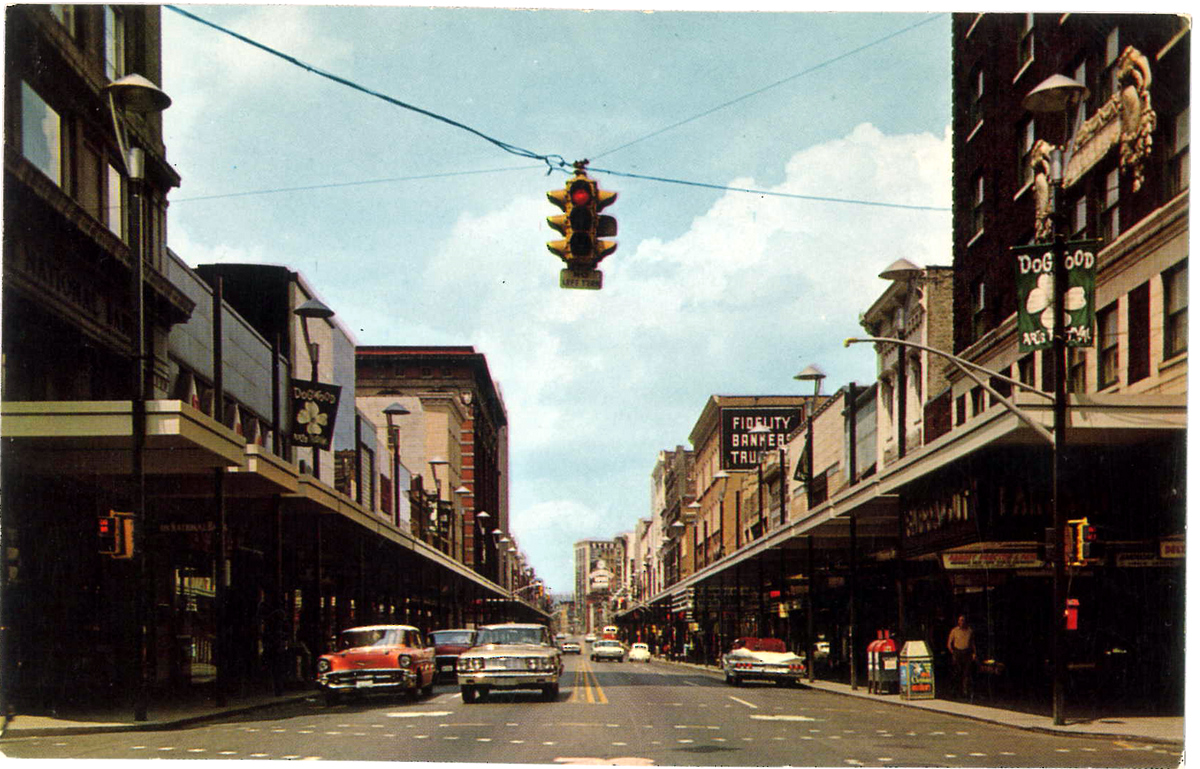 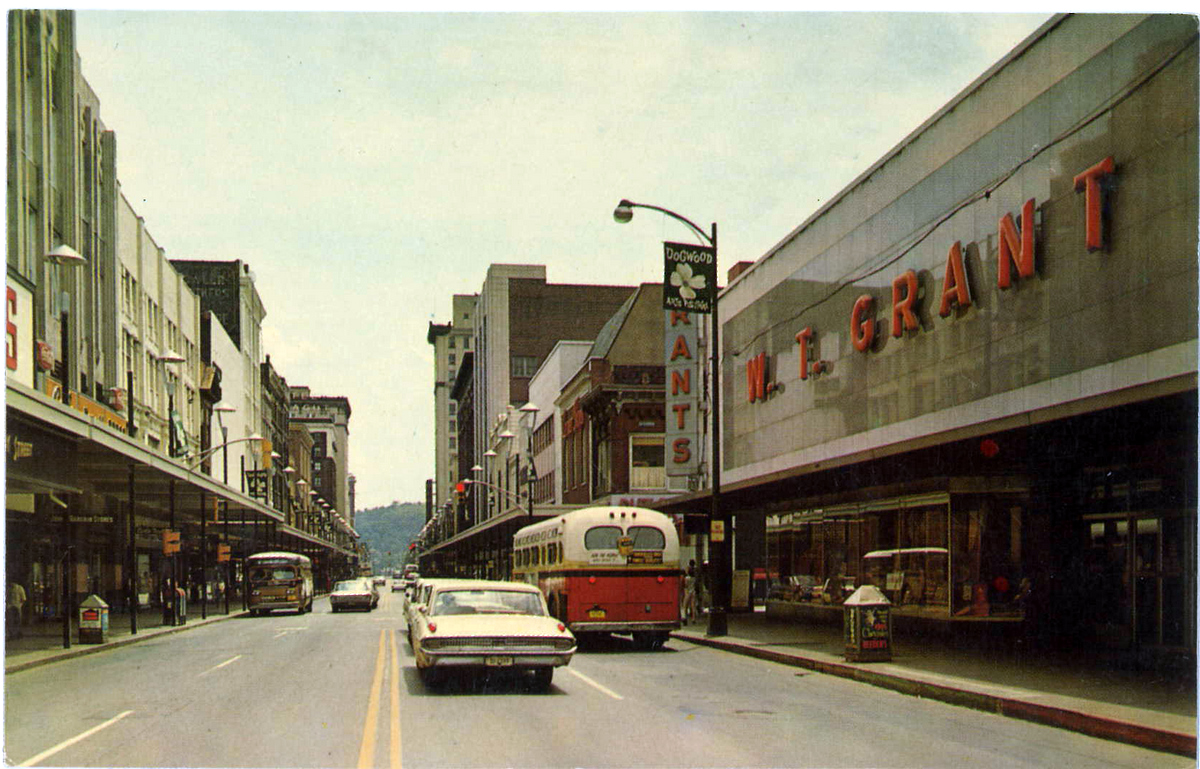 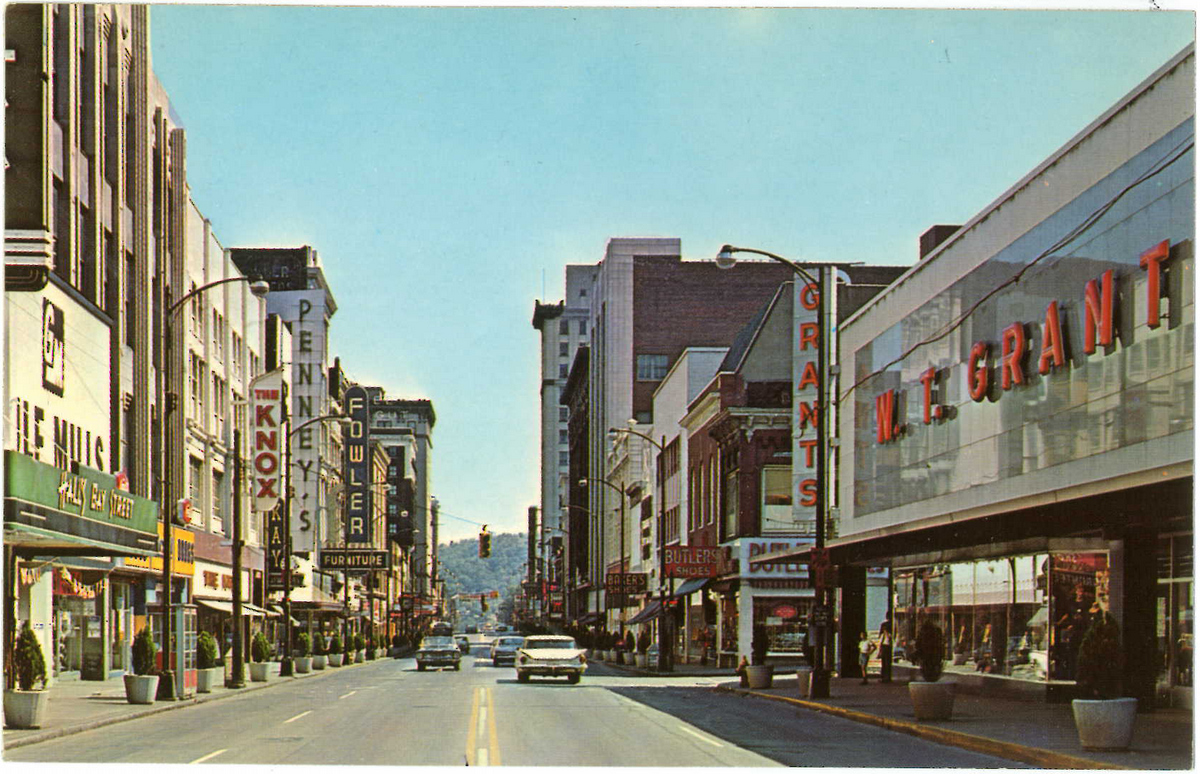 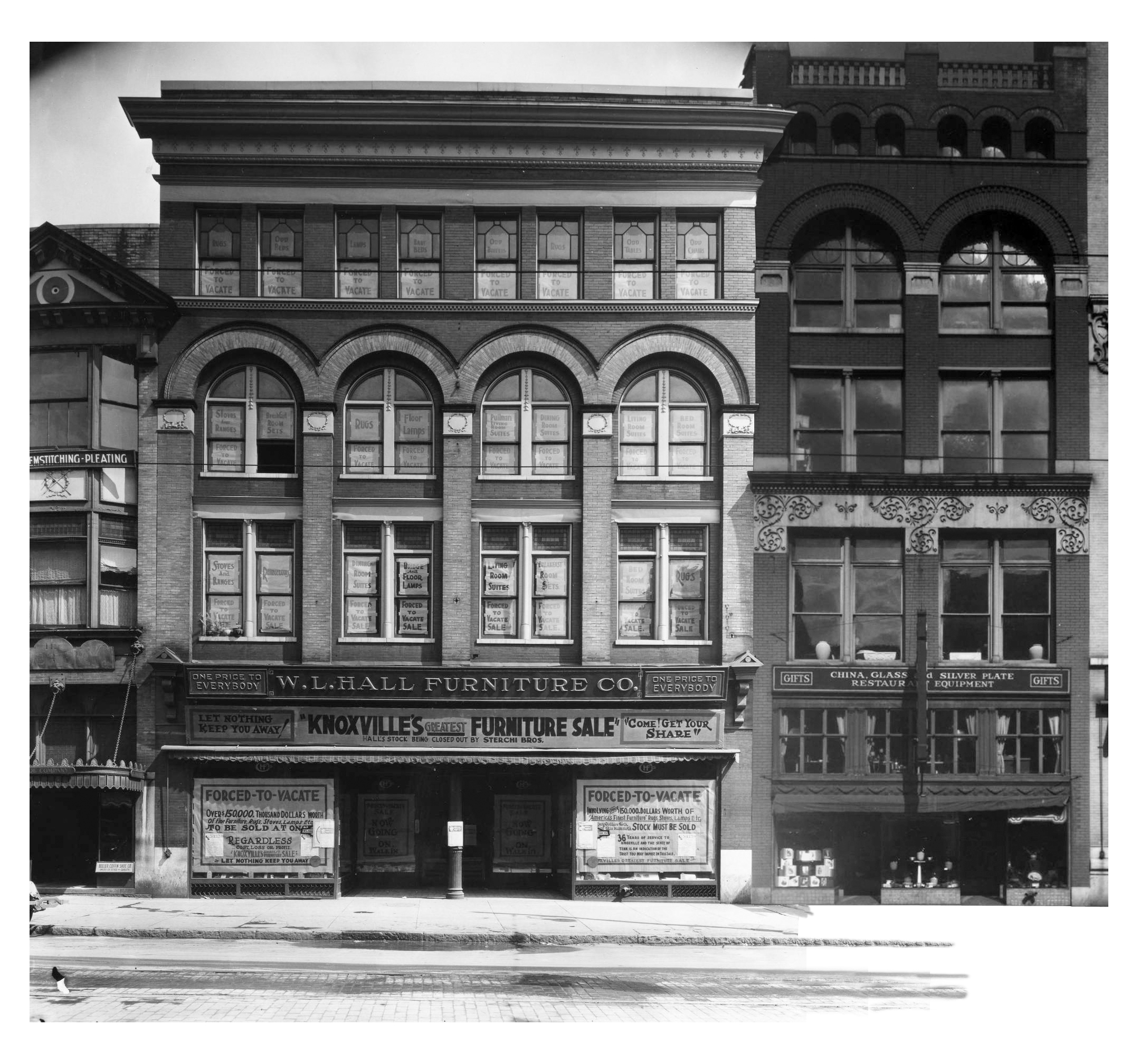 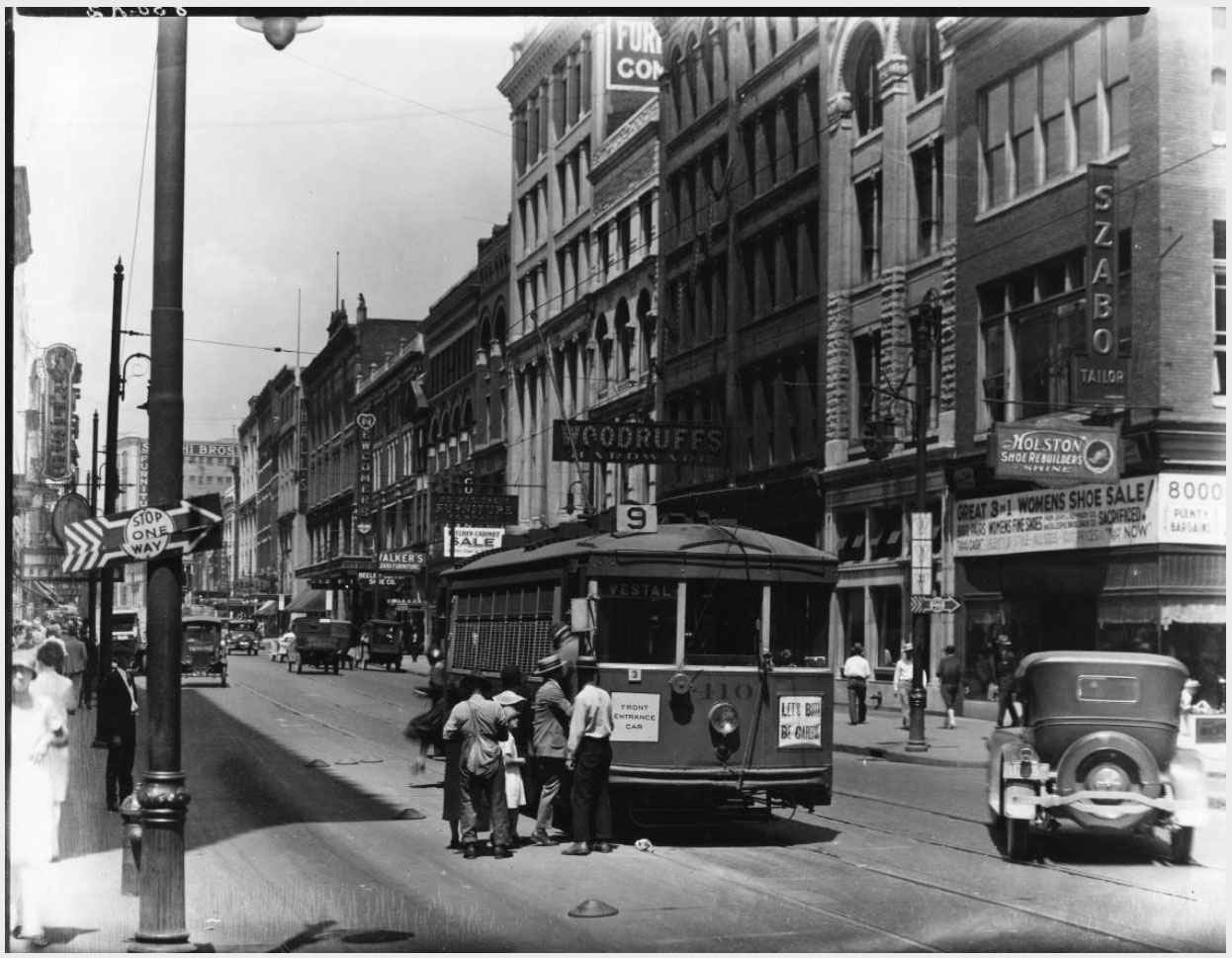 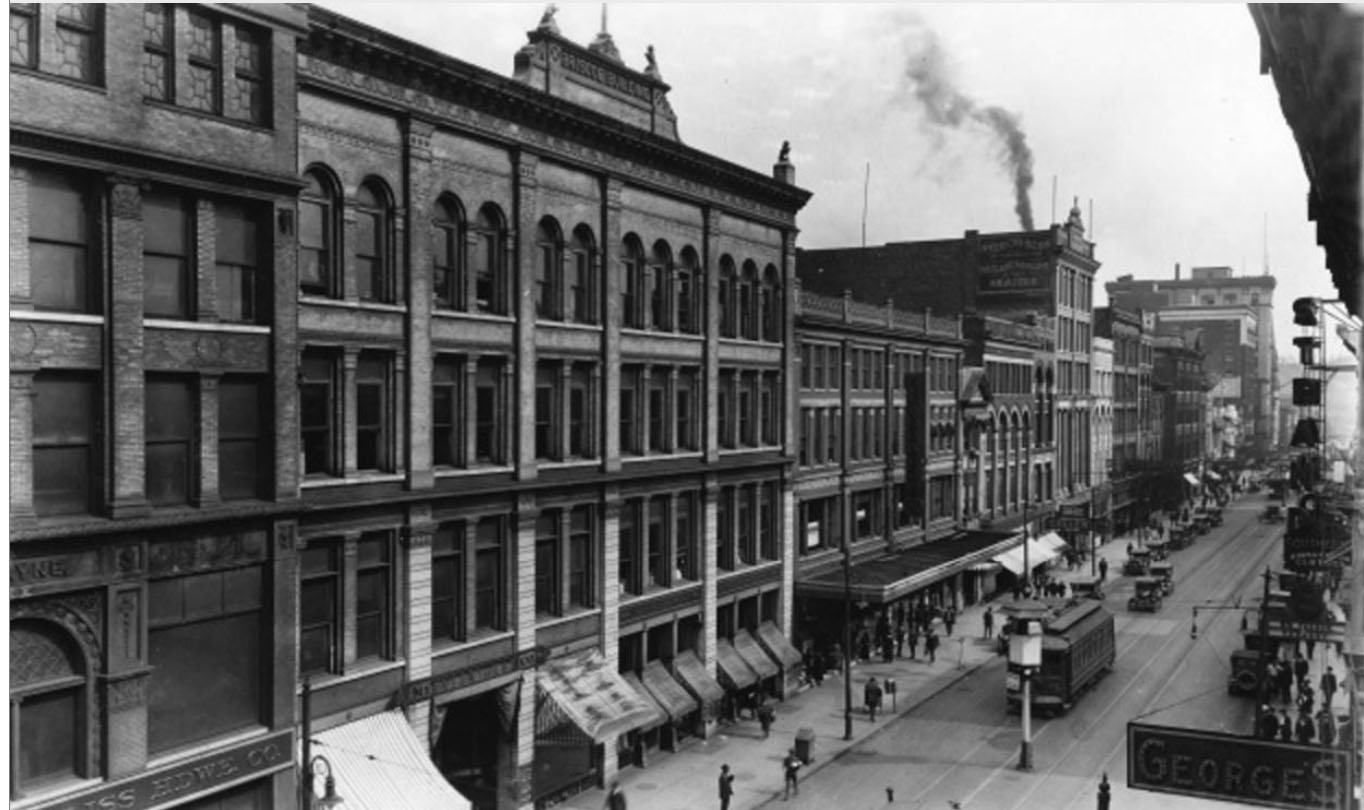 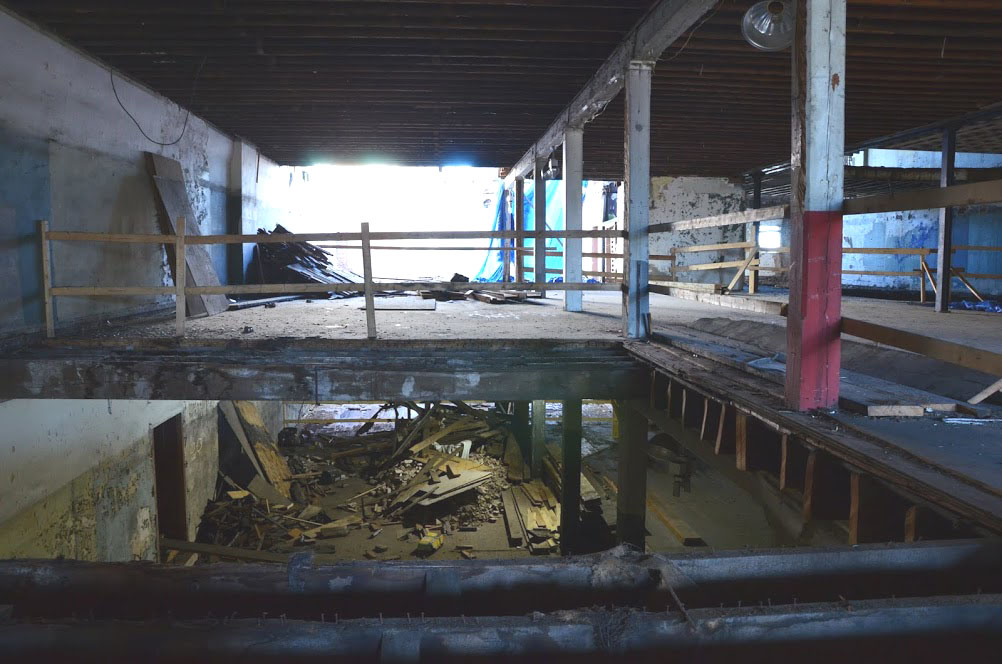 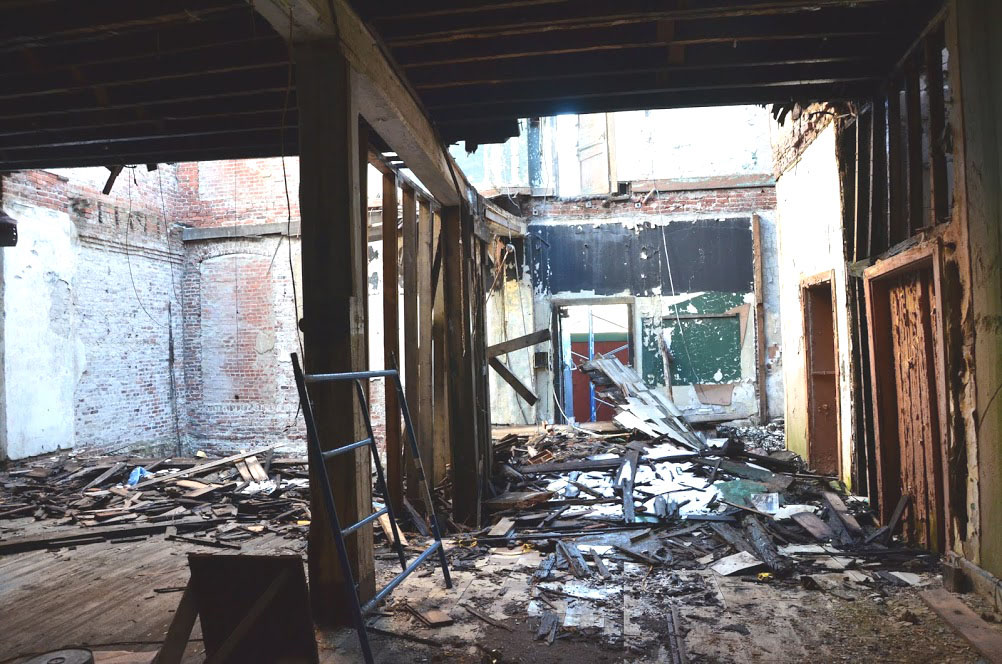 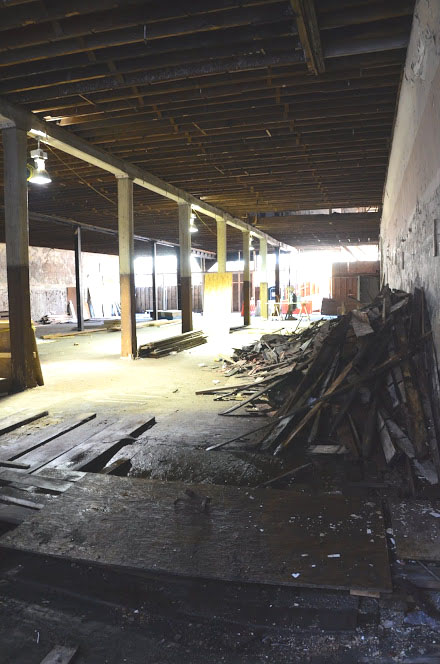 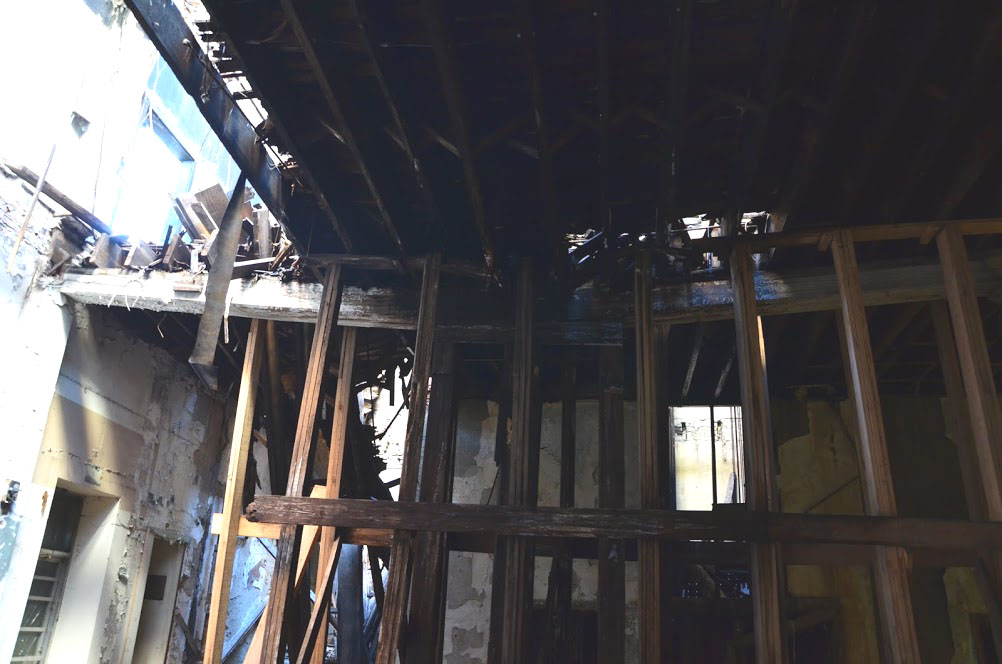 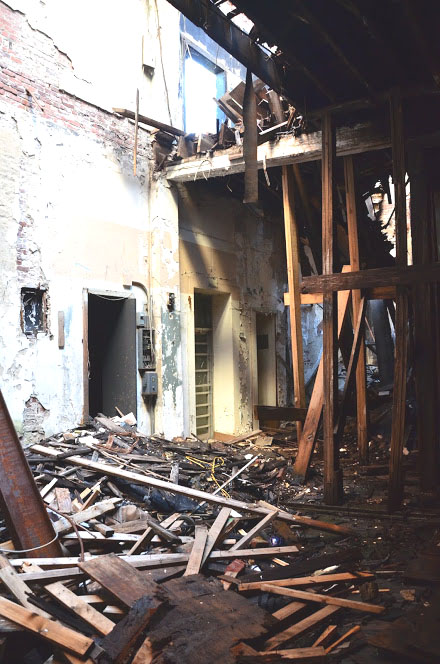 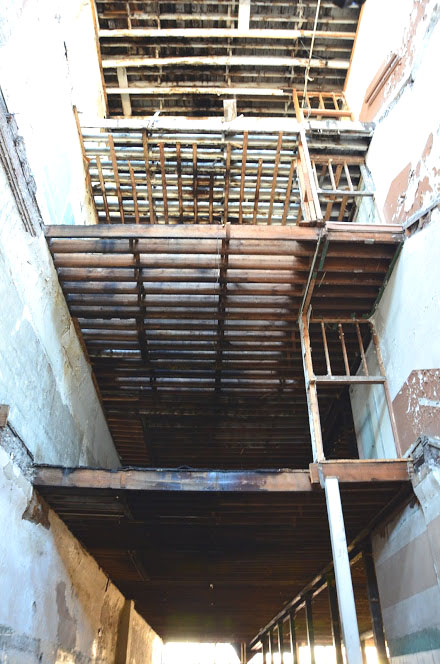 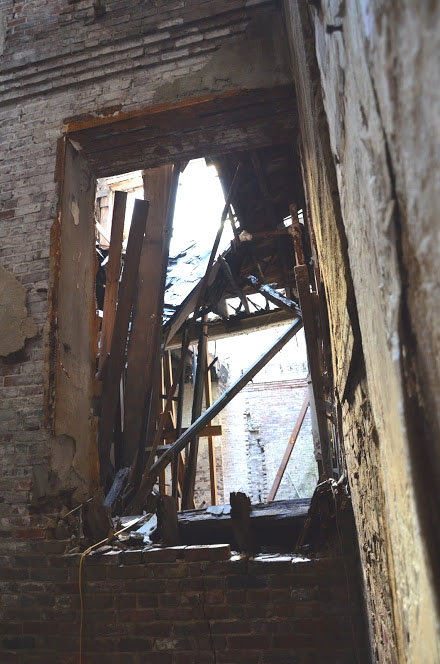 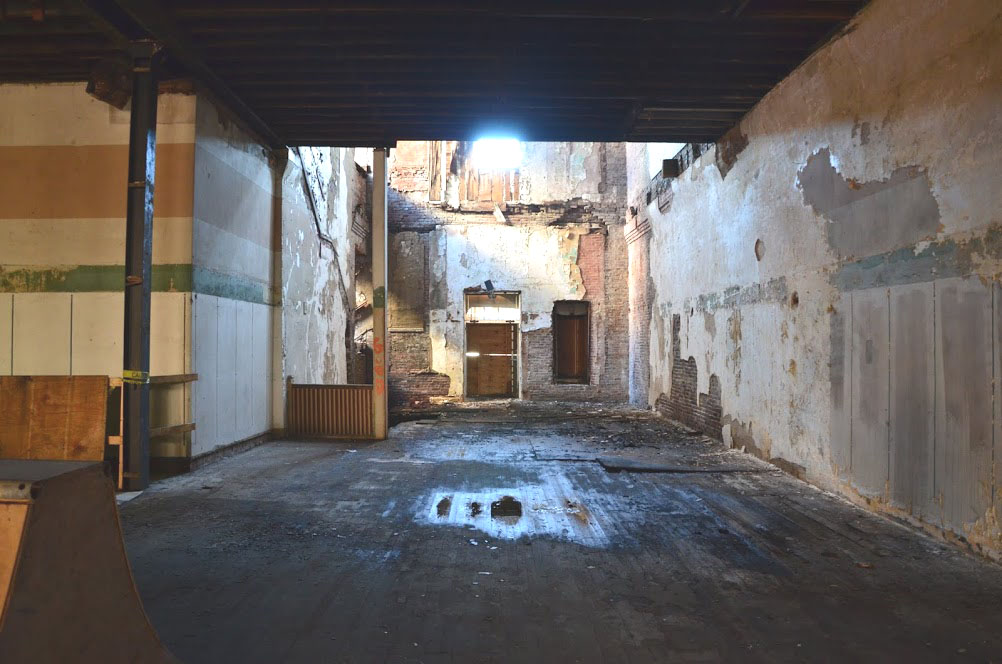 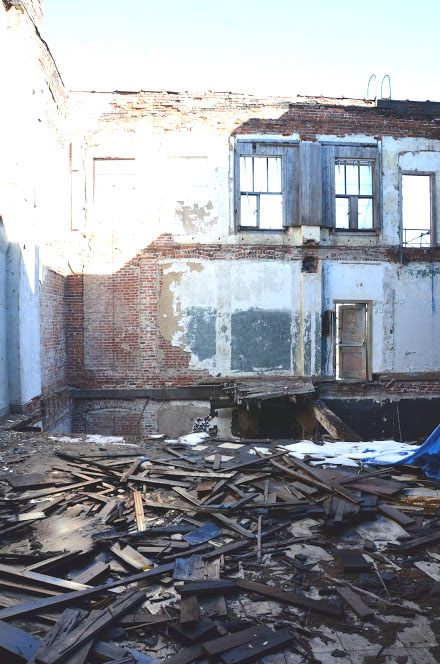 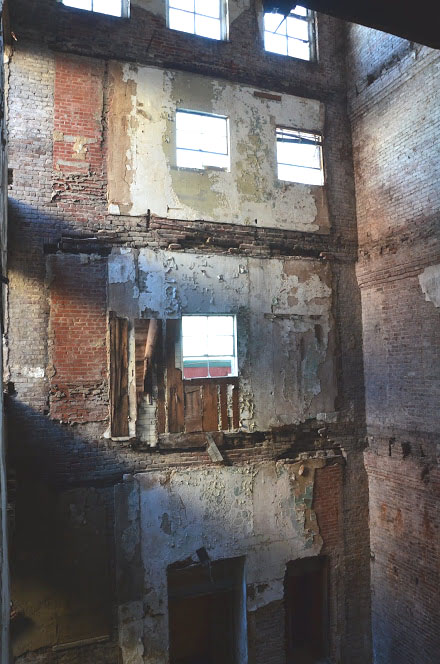 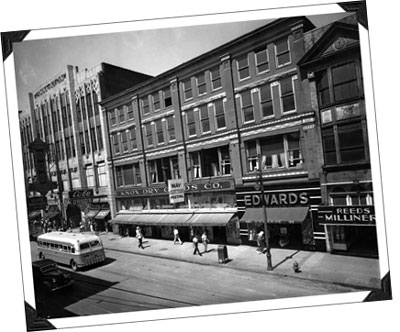 Chairs and Tables from David Adjaye

Chairs and Tables from David Adjaye

Knoll recently introduced a new collection of furnishings from David Adjaye, the architect who teamed up with Phil Freelon,...