With Buffalo Bayou Park in Houston now skillfully restored by SWA and Scott McCready, the city has turned to Nelson Byrd Woltz for a master plan for nearby Memorial Park.

“It’s at the western end of Buffalo Bayou Park – about a mile and a half from it,” says Jeff Aten, senior associate in the landscape architecture firm with offices in Charlottesville, Va. and New York City. “Ideally, eventually they will meet – there’s a smaller park between the two now, but a connection through that would be fantastic.”

At 1,500 acres, Memorial Park is a substantially larger project – it’s twice the size of New York’s Central Park – compared to Buffalo Bayou’s 160 acres. So its restoration has been broken up into smaller segments to take place over time as funding becomes available.

“The goal of the master plan – we met with the city and had multiple public meetings with lots of people participating online – is to be sure that people get what they want,” Aten says. “A lot of them said they love it the way it is. So it’s about the walking trails and biking trails – particularly in the larger, grand spaces – about keeping them alive.”

Like Buffalo Bayou Park, though, there are issues related to storm surges and drought. “Almost 90 percent of plantings were lost to the hurricane and drought of 2012 – there was nothing to regenerate,” he says. “Additionally, there was a lot of blight – it makes it difficult for people to recreate and animals to live.”

Physically, the site is challenged. The 113-acre Eastern Glades is bisected by an existing East Memorial Loop Drive. Woltz’s plan shifts the existing road to the east and provides park users with more than 30 new acres of safely accessible parkland. Realignment of East Memorial Loop Road will also reconnect the surrounding 83-acres that are currently divided, providing contiguous habitat areas.

The new plan addresses the ecology of the park as well as ways for people to continue to run, hike, walk, and play baseball, but it adds floodwater protection too. “Stitching together the pieces increases pedestrian connectivity and captures spaces that haven’t been well-utilized for recreation, ecology and capturing storm water,” Aten says.

Infrastructure and restoration should be complete by early 2017. That will be followed by a pond, amenities, animals, benches, and a gathering area with tree canopy. Step-by-step restoration of the rest of the park will take time. “Thomas will work on it into his retirement,” Aten says.

That probably means decades, since Woltz is a young man, still in his forties. 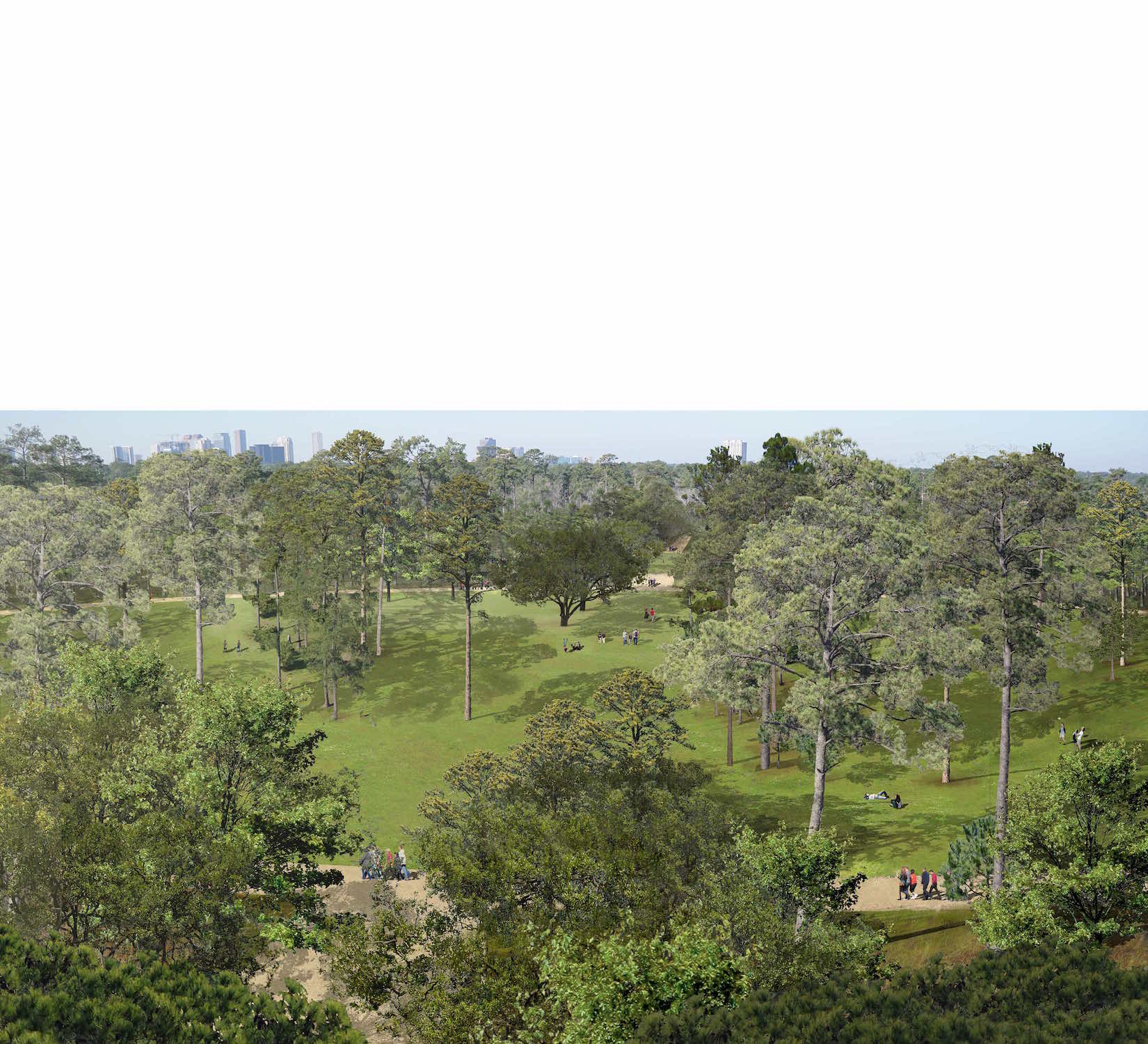 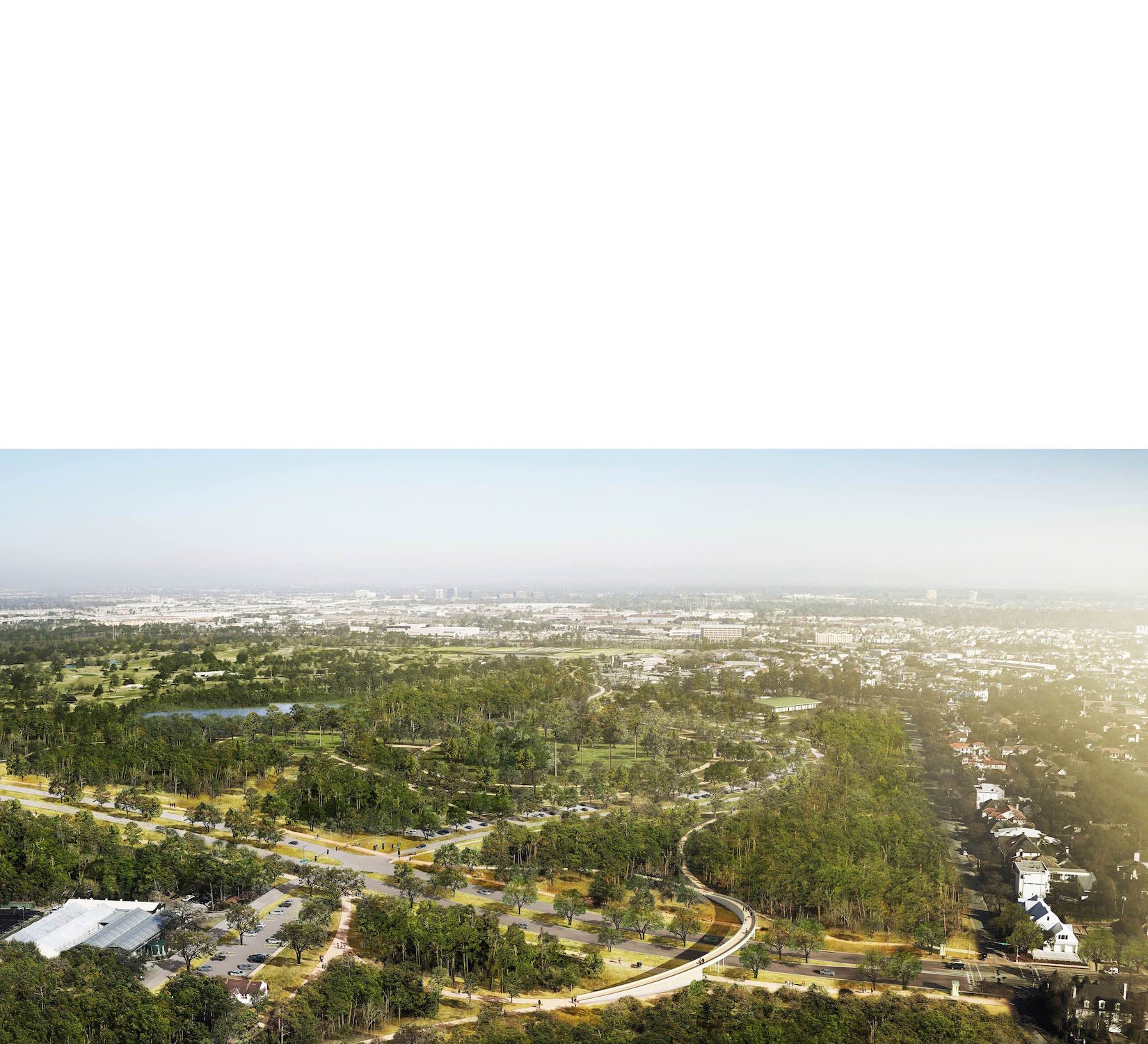 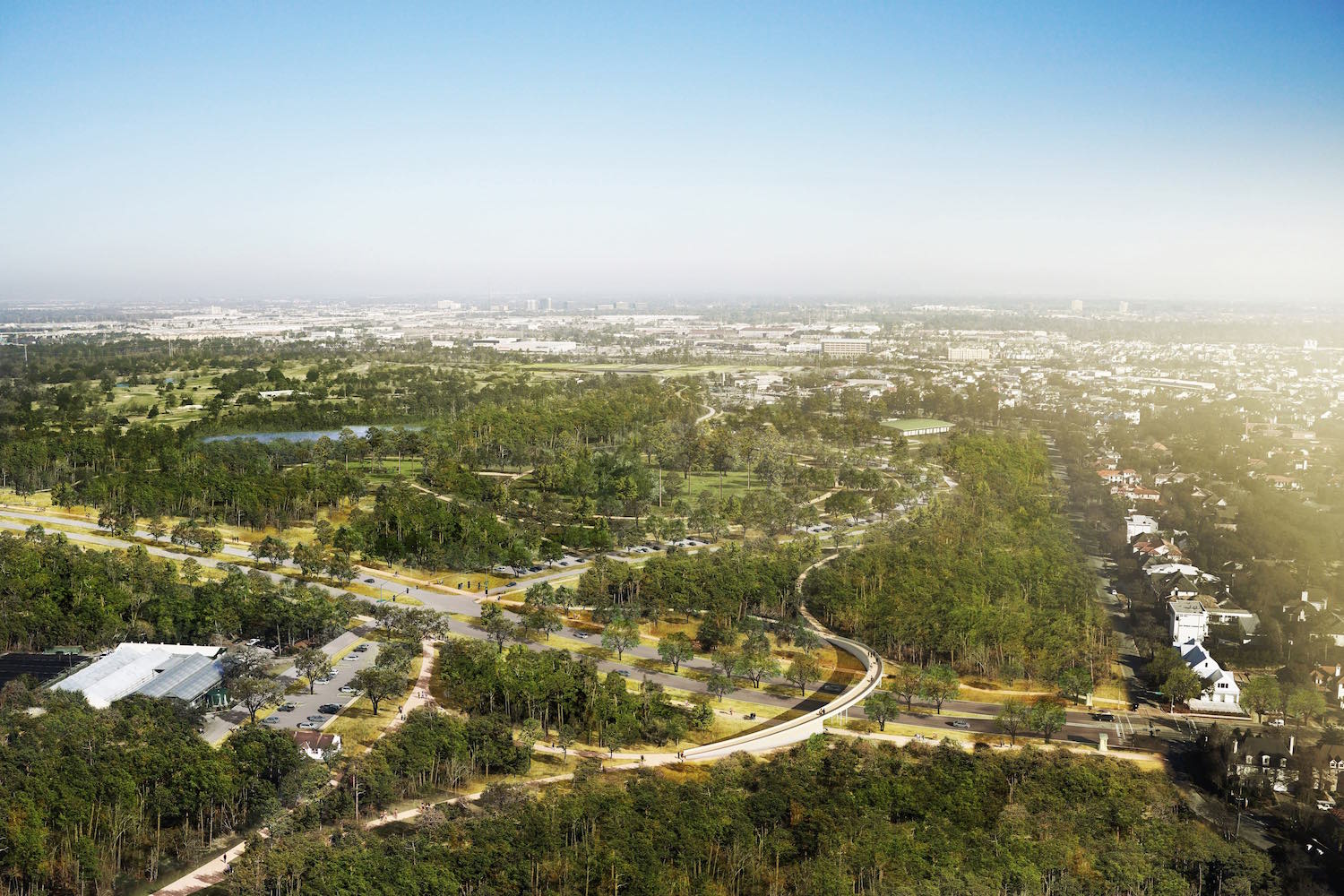 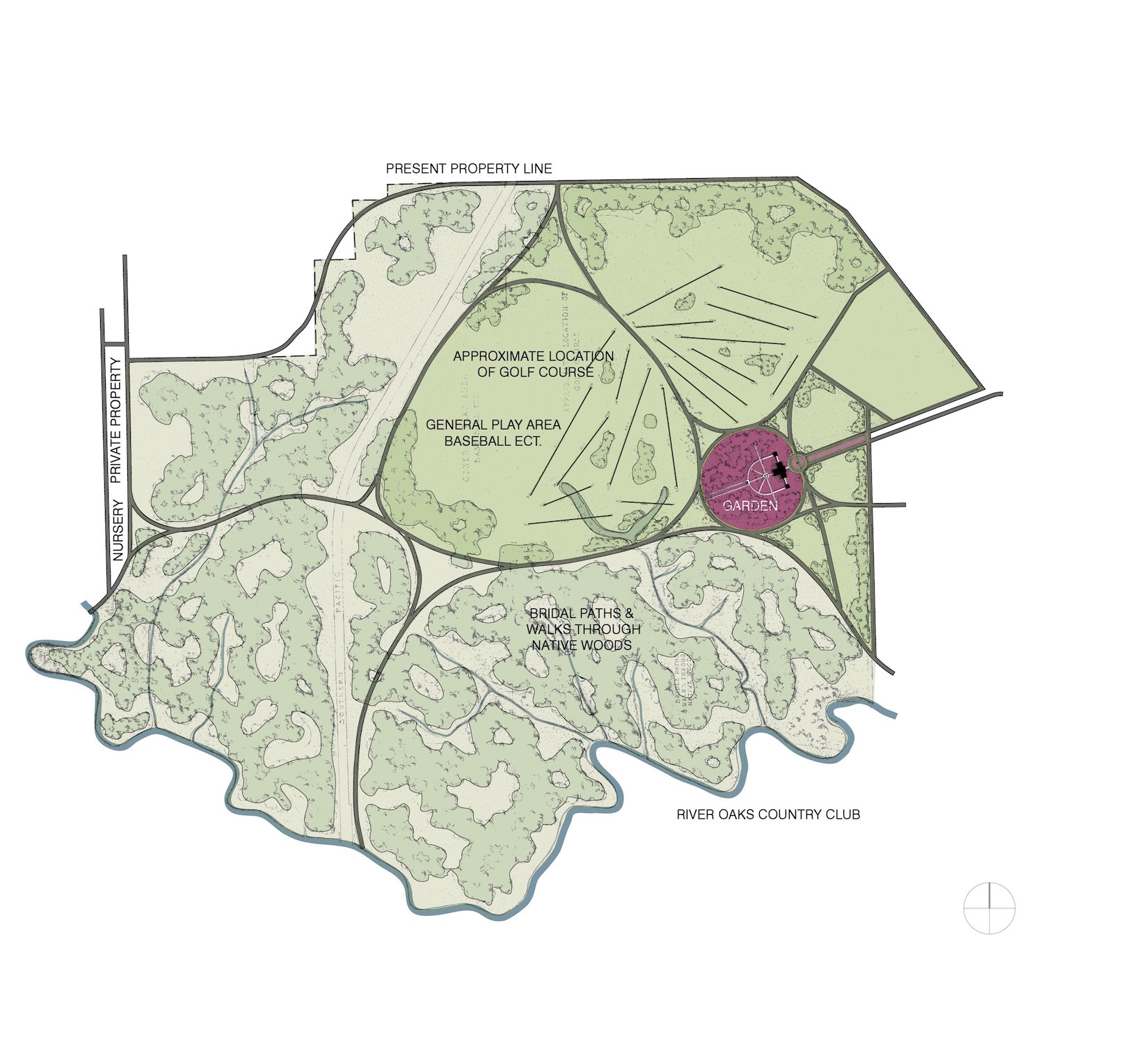 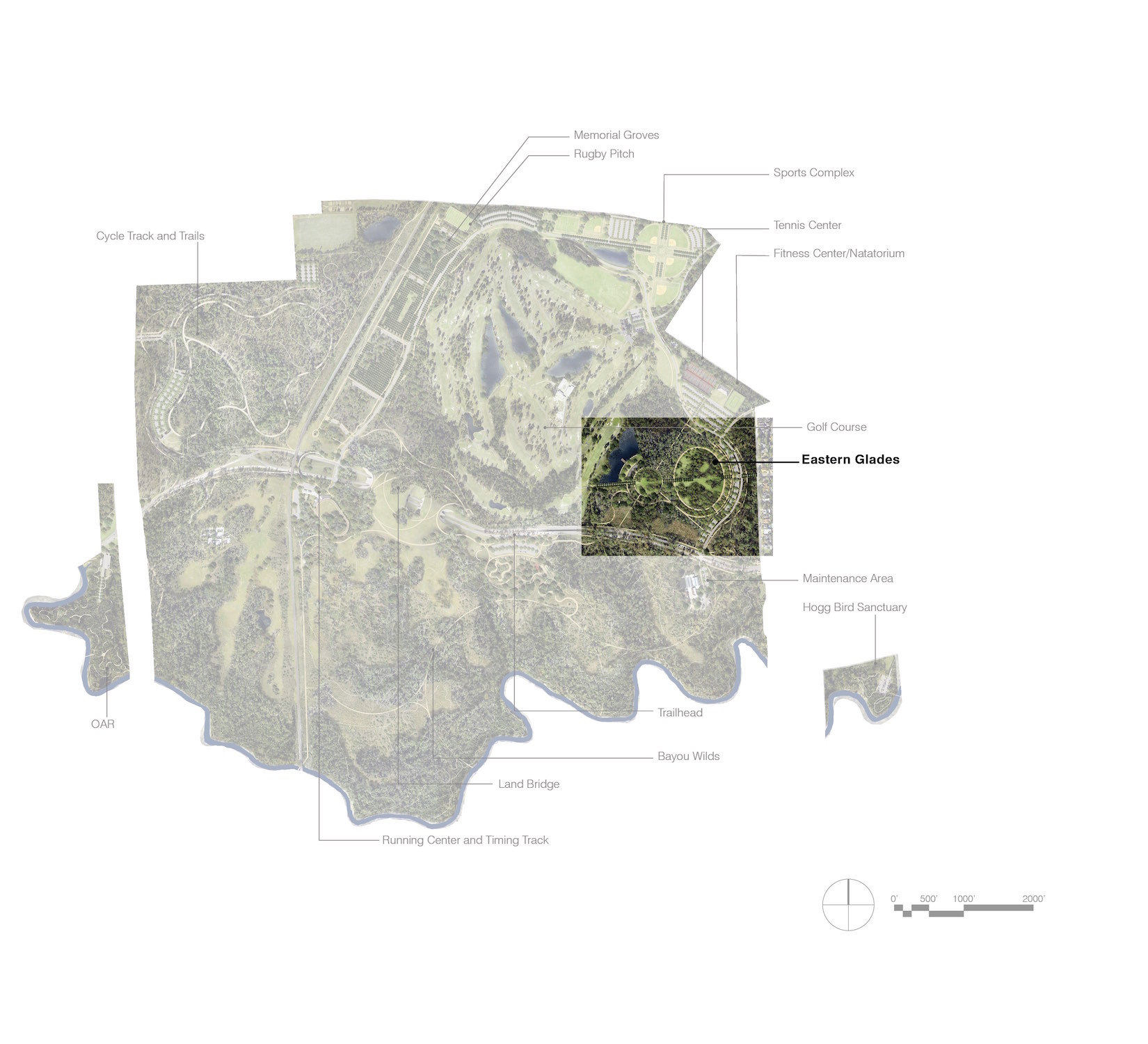 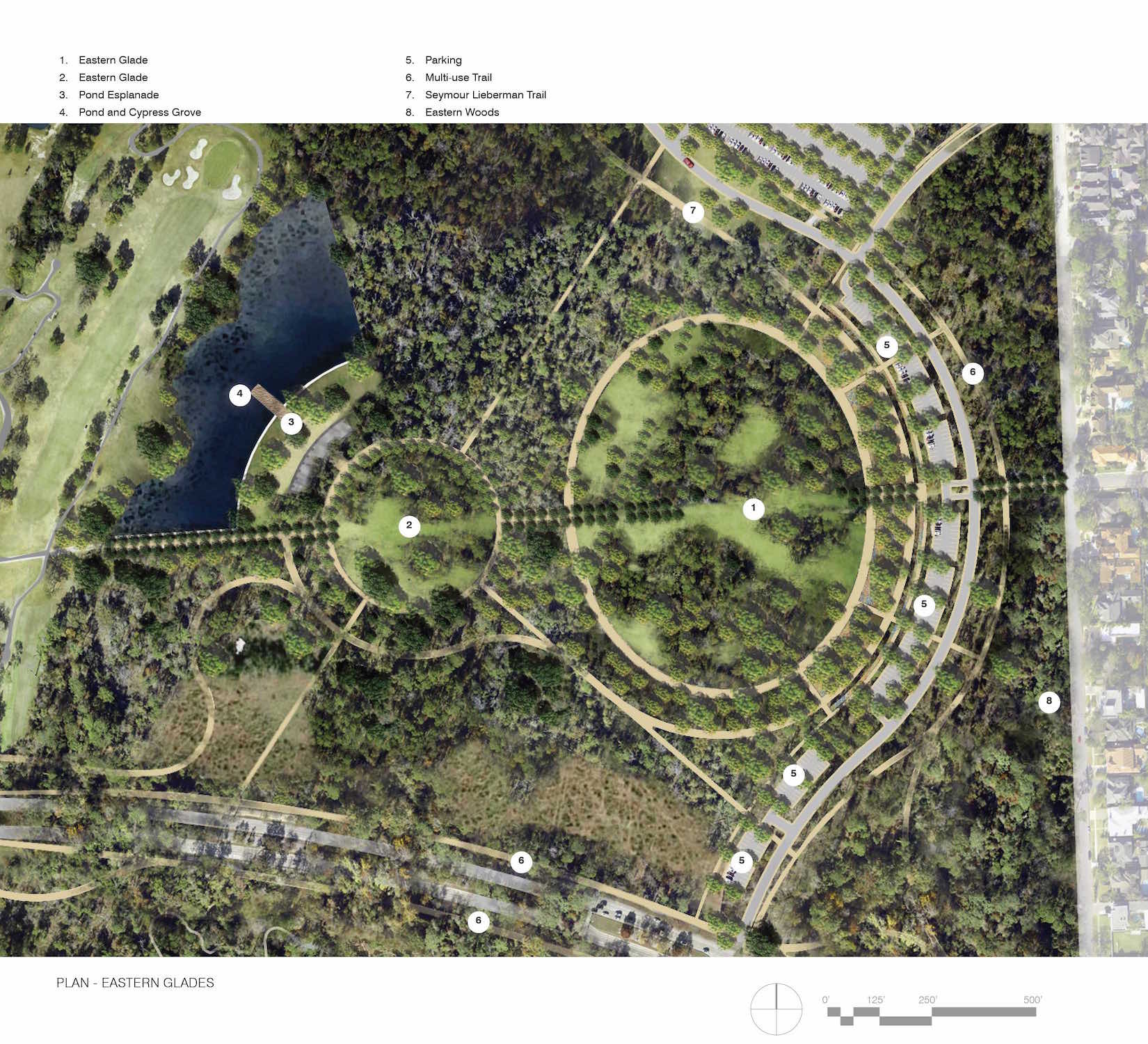 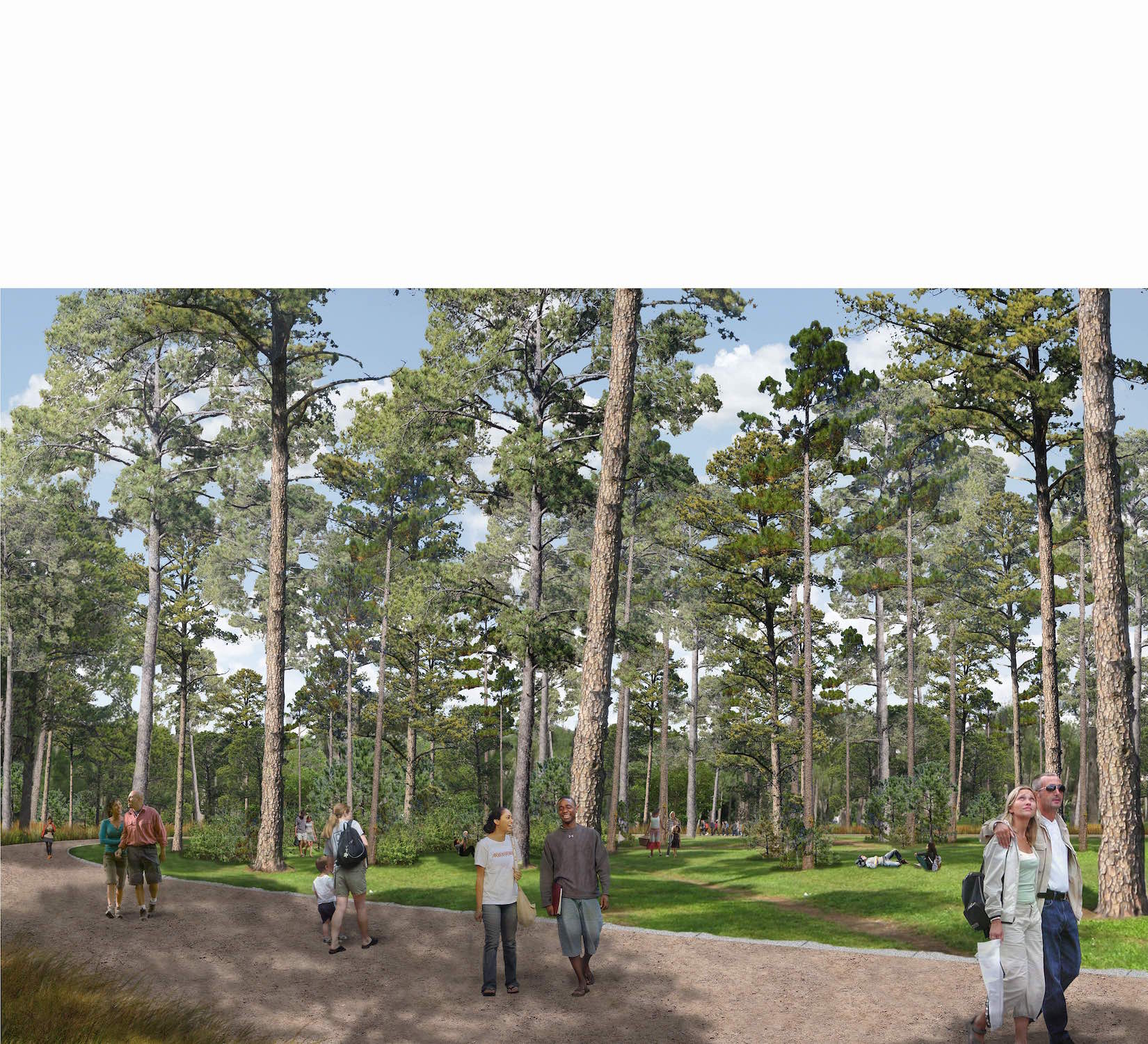 In Raleigh, The Ten at South Person

Anyone who's ever traversed the campus at Princeton University knows it as an awe-inspiring architectural experience. The university...