It may look new, but architect Chad Everhart’s “Farmhouse Redux” is built largely out of recycled materials.

“We looked at it, and it was the cheapest house in Watauga County that we could find,” he said. “But it had a beautiful meadow, with Christmas tree farms all around it, and creeks and streams on three sides.”

He attempted to restore the old farmhouse, but when he got to work, the frame collapsed around him. He salvaged everything he could and put it all to use in a new home – on the existing block foundation.

“I was essentially going to go in and shore it up – re-clad it inside and out,” he said. “But it just crumbled – it was a Depression-era shack. Still, I knew it had good materials.”

His new design stayed true to the original – two bedrooms, one bath, and the identical pitch to the roof – with a few updates for the 21st century. He added porches on either end for outdoor living, and a pair of bump-outs to expand living areas at front and rear. The roofing’s Galvalume cladding rolls down the sides to cover these areas – Everhart calls them “saddlebags” – outside.

“It gave us the opportunity to take more time to rebuild it and re-use it to our advantage,” he said. “We easily saved 75 percent of the stuff – and there were some good, old, solid pieces of heart pine, chestnut and hemlock.”

When he needed new materials for the interior, he went local as much as possible, using white pine from across the border in Tennessee.

“We harvested and milled it locally, just 15 minutes away. Wood is cheaper here than drywall – and I really like wood anyway,” he said. T”he same mill did all the floors and all the walls – and we got it all here.”

Everything else is off the shelf, from nearby hardware or farm supply stores.

“That’s the way the people here did it,” Everhart said. “And that’s my design philosophy – salvage and recycle. That’s what they do here, and we that’s what we did too.”

In essence, he’s an architect who designs like a farmer. 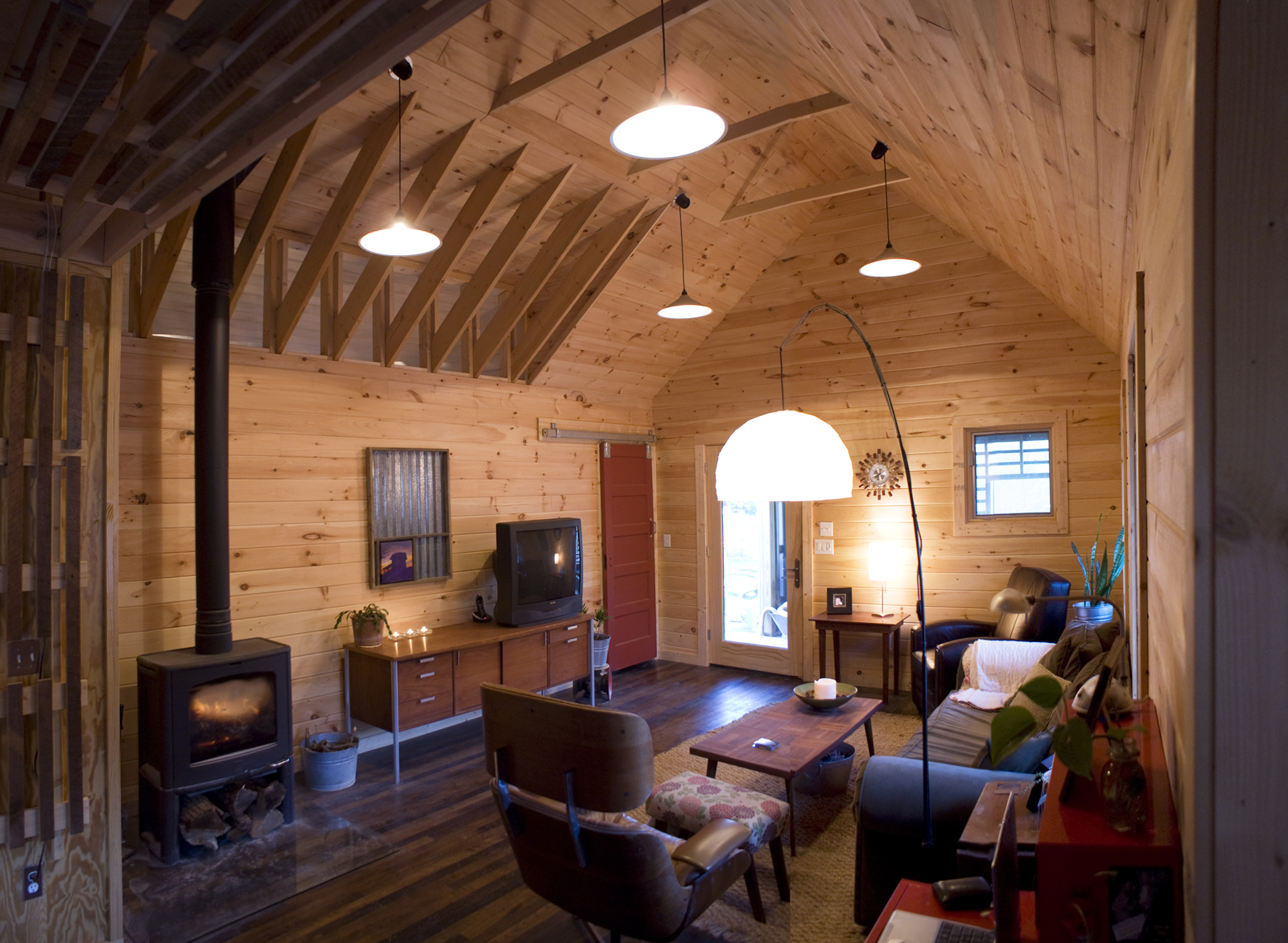 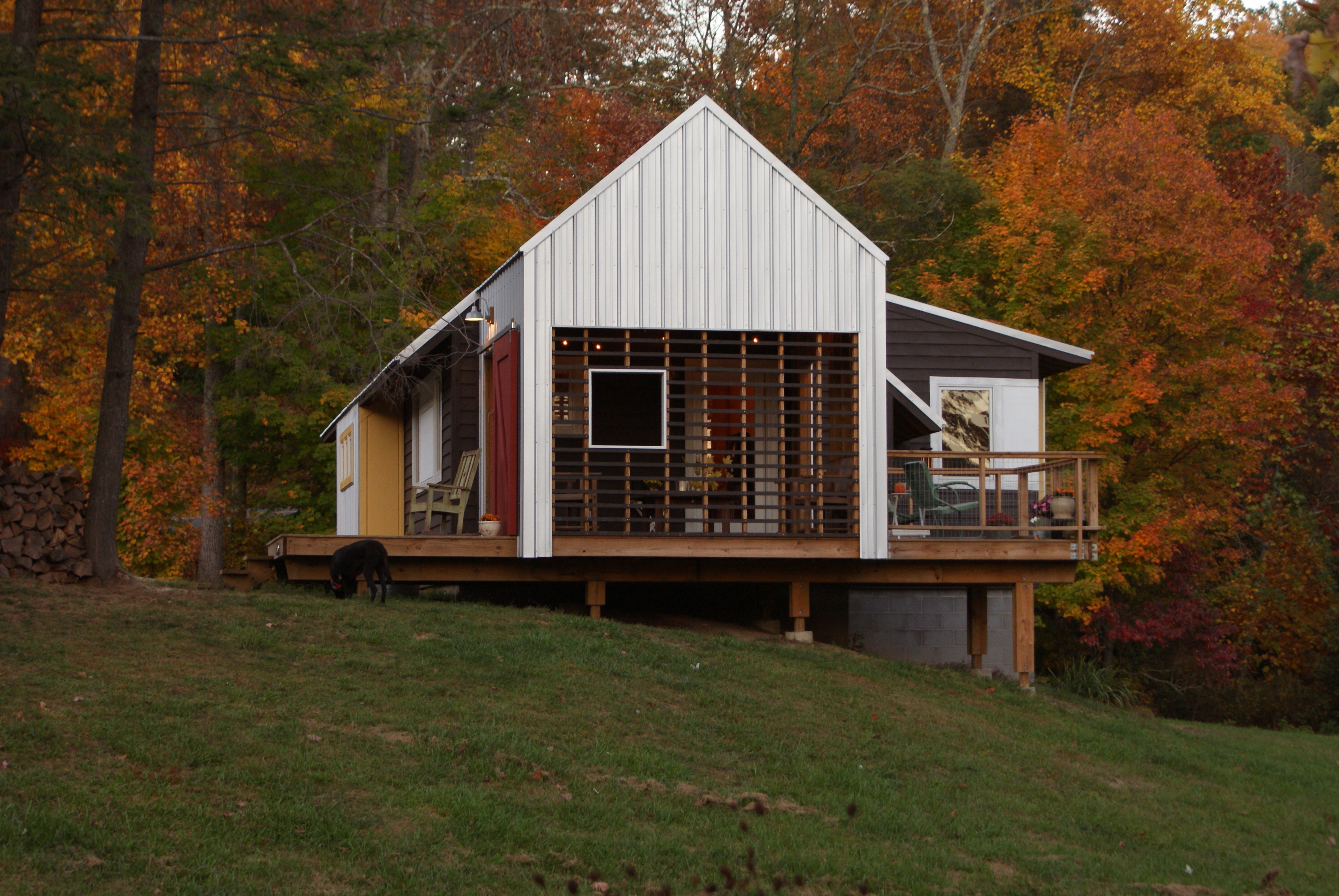 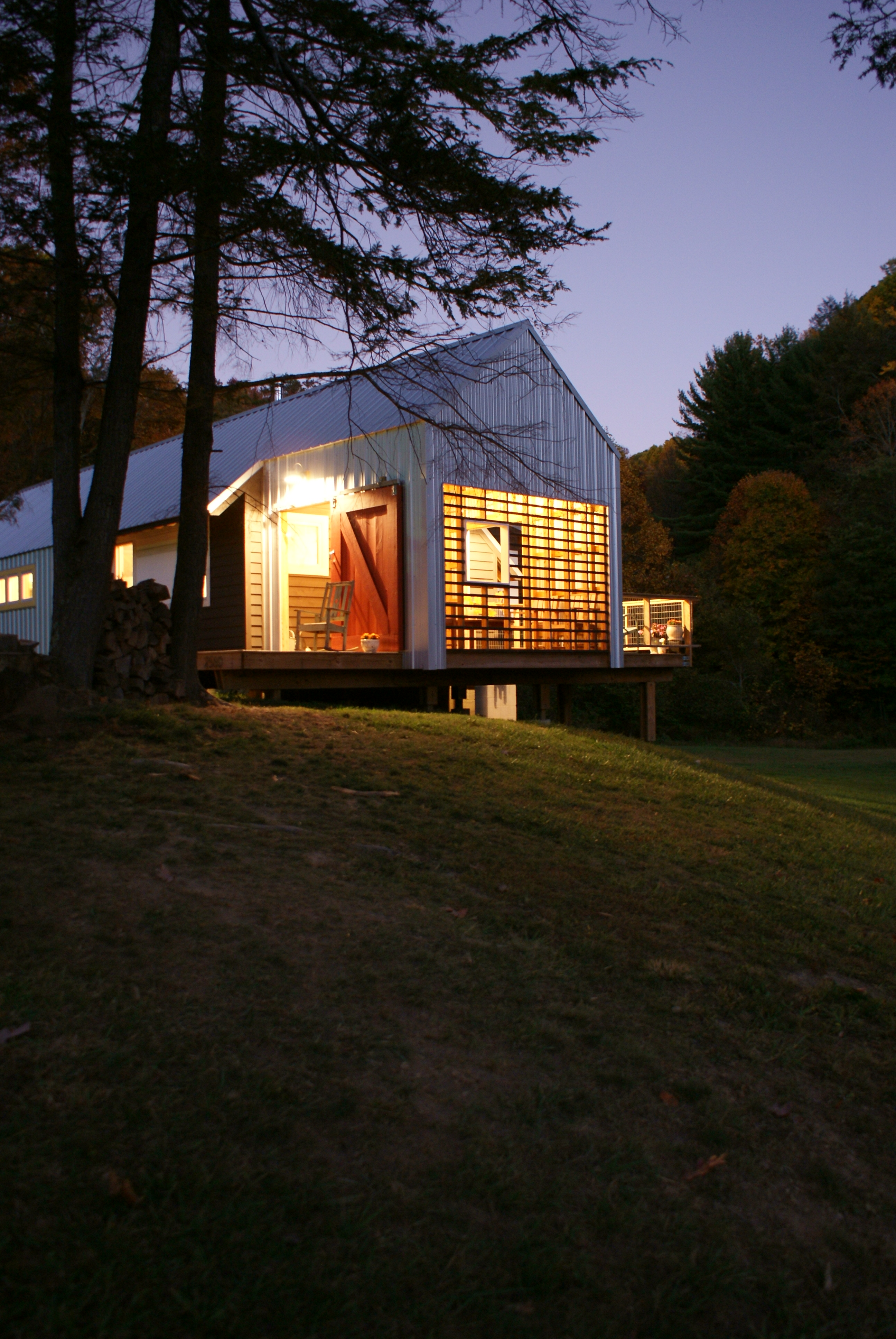 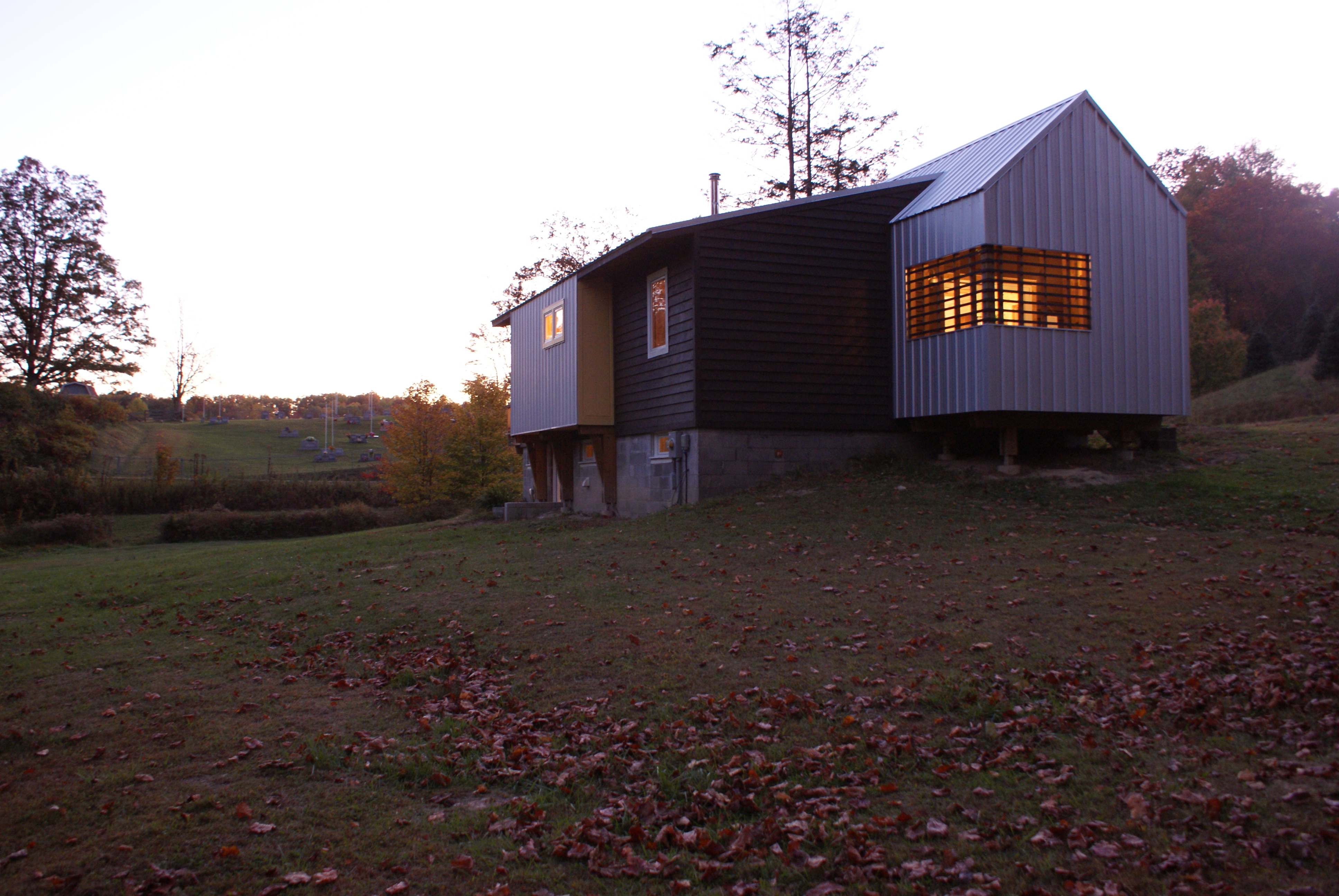 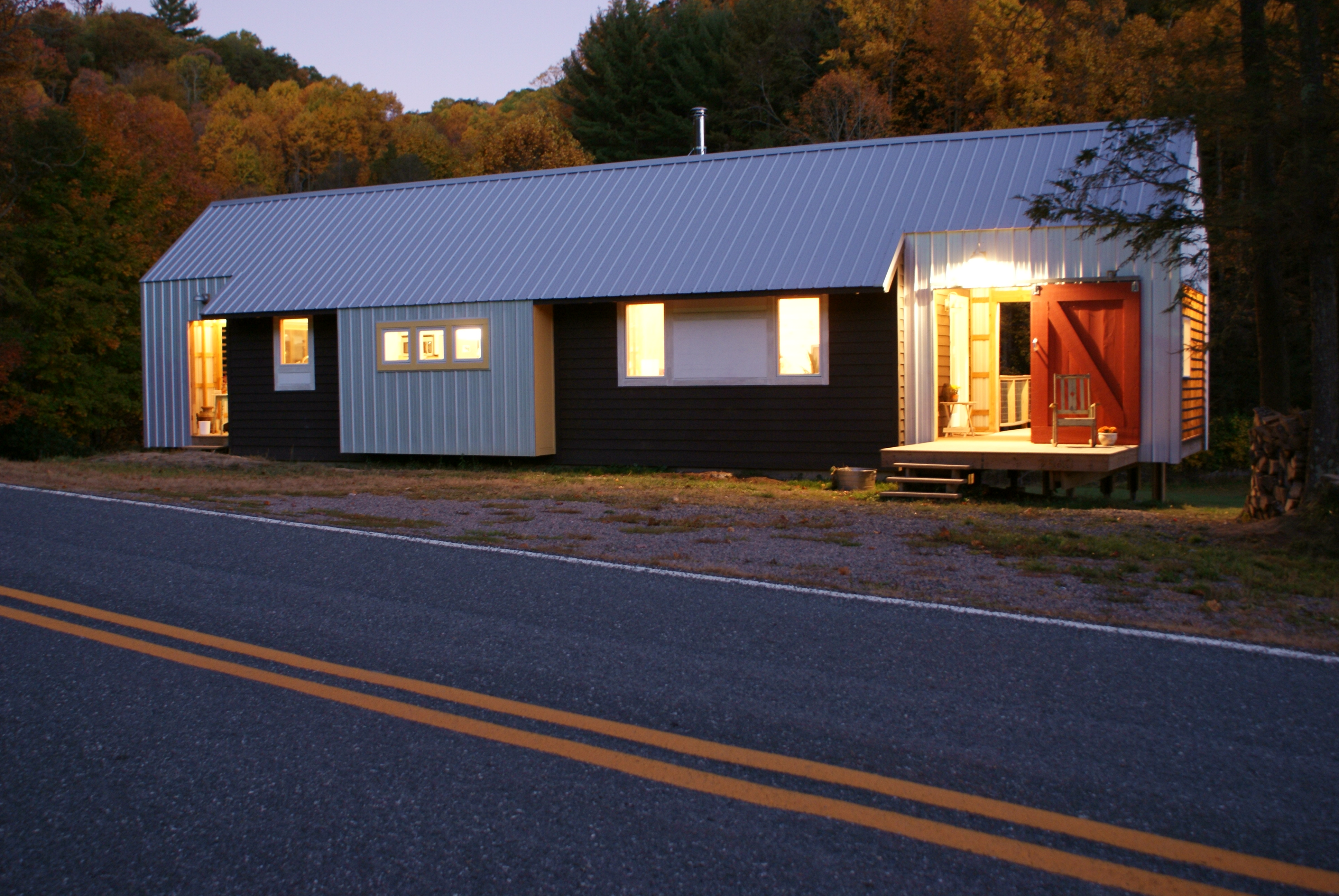 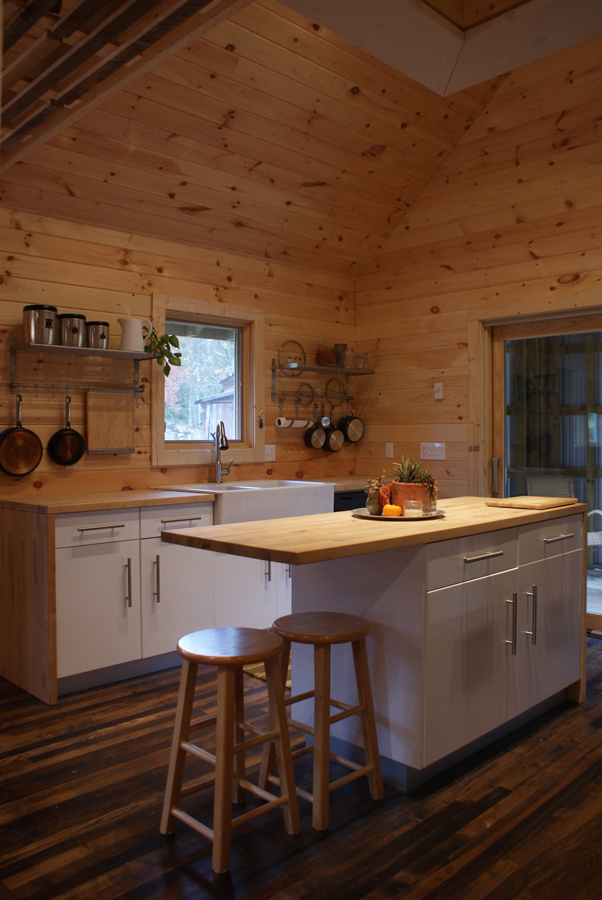 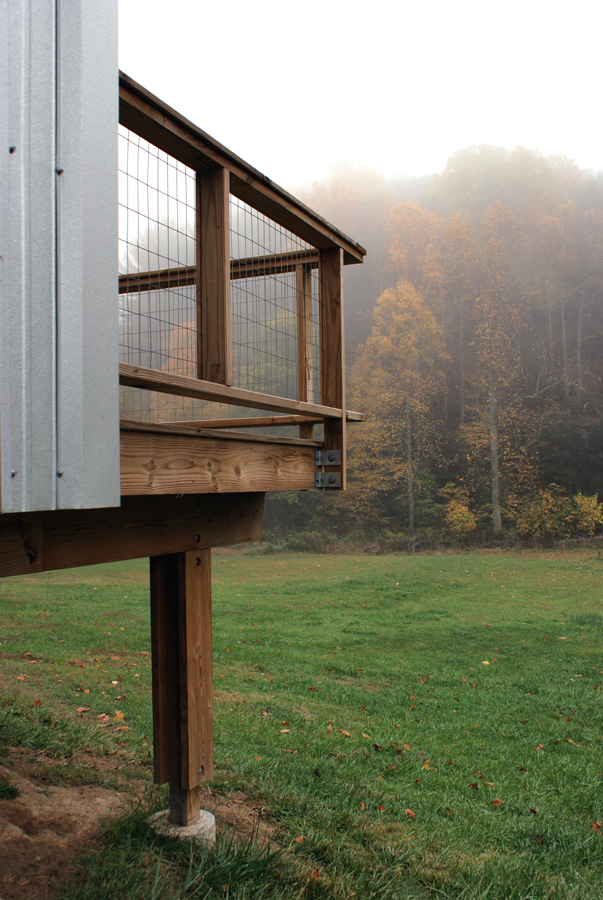 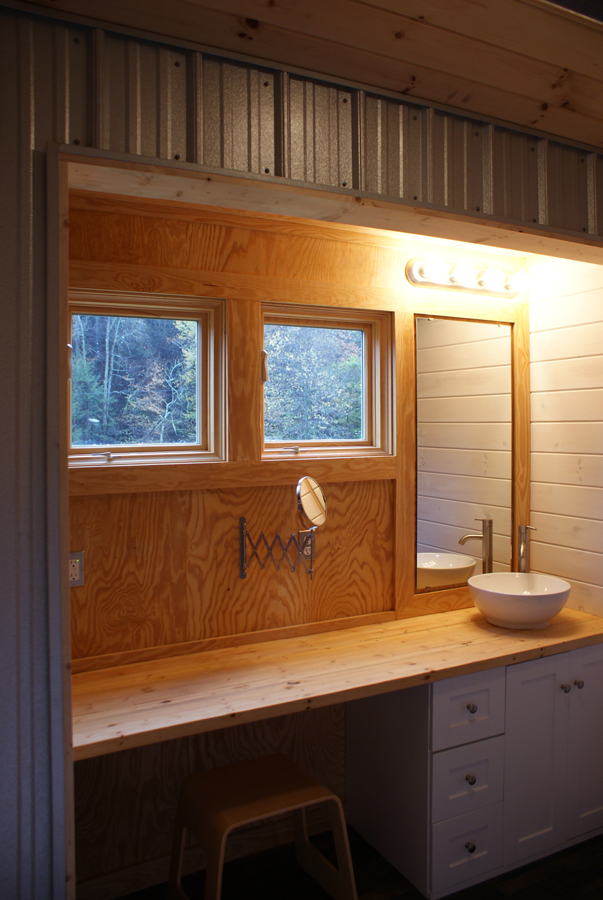 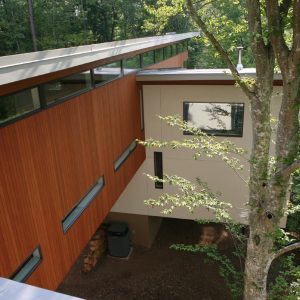 New Canaan has its Glass House, and Miami its Pink House. Now Durham has its Cassilhaus. In a dynamic intersection of trapezoid-induced...