Raleigh’s Word of the Day: Compatible

Let’s take a cue from those uber-polite Richmonders in Virginia – and just refer to it as the late unpleasantness,

Because the us-versus-them, insider-versus-outlier, traditional-versus-contemporary arguments over architect Louis Cherry’s new home in Raleigh’s Historic Oakwood neighborhood has created a divisiveness that’s nearly as bitter as the Civil War.

And it all seems to turn on the definition of one word: compatible.

It’s sprinkled liberally throughout the 40-year-old guidelines for new construction and additions within the historic neighborhood. But everyone, it seems, defines the word differently.

“People can have opinions about whether a contemporary home can be built,” says Cherry. “But in the guidelines, Section 4.3 says: design new buildings to be compatible to the surrounding buildings in height, form, size, scale, massing, proportion, and roof shape.”

Which the award-winning architect – recipient of a number of coveted Honor Awards from AIA North Carolina as well as the Henry Kamphoefner Prize from N.C. State – carefully followed as he designed his home, checking in with city officials faithfully along the way.

An initial look to the left and right of Cherry’s home might raise an eyebrow or two about compatibility, but a serious look directly across the street reveals a home that’s built on a tiny lot just like his, that’s two stories tall just like his, and that’s 329 square feet larger than his modest 2,100.

It belongs to Gail Wiesner, who built her home in a much more traditional style in 2008. Last November, she filed an appeal to stop construction of Cherry’s new home, and won. Compatibility of styles seems to be her issue – apparently, she’s not enamored of modernism – so the conflict is now heading to Wake County Superior Court on Monday.

“If you speak with Myrick Howard [of Preservation North Carolina] – who helped write the guidelines – about how to interpret them, you’ll find them silent on style, and intentionally so,” says Cherry. “Section 4.3.11 defines the overall size and shape of the design so that it’s compatible with but discernible from existing structures.”

The idea behind the guidelines is not to discourage any particular style, but to encourage a streetscape that enjoys the same spatial relationships, house-to-house and street-to-street – and one that ties the neighborhood together and allows diversity in style, including older and newer buildings.

It’s also about evolution in architecture – and Cherry’s Craftsman-inspired home, one that carefully picked up the vernacular of the neighborhood – is a walking, talking example of that.

Compatibility by nature implies different. It doesn’t mean identical to, or mimicking of. It means working within context. Or, as Webster’s says: capable of existing together in harmony.

With the late unpleasantness in Oakwood, that seems unlikely. Harmony was thrown under the bus months ago.

And incompatible with the idea of neighborliness. 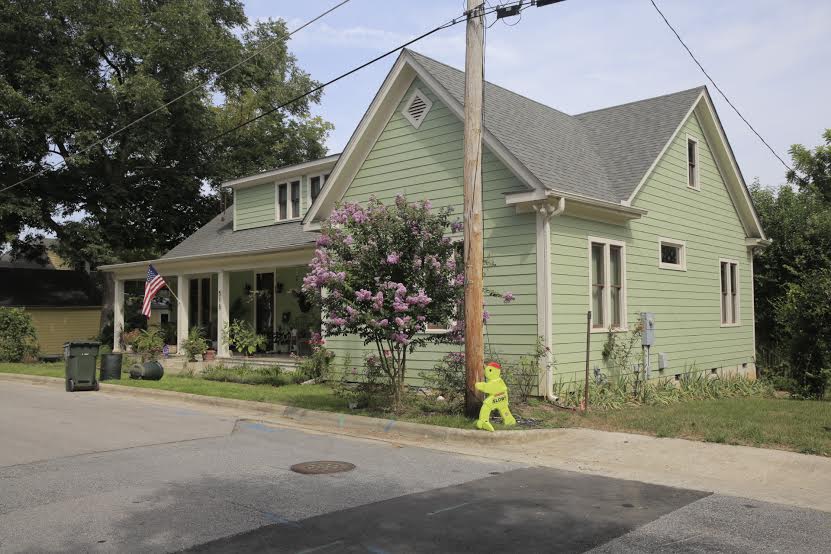 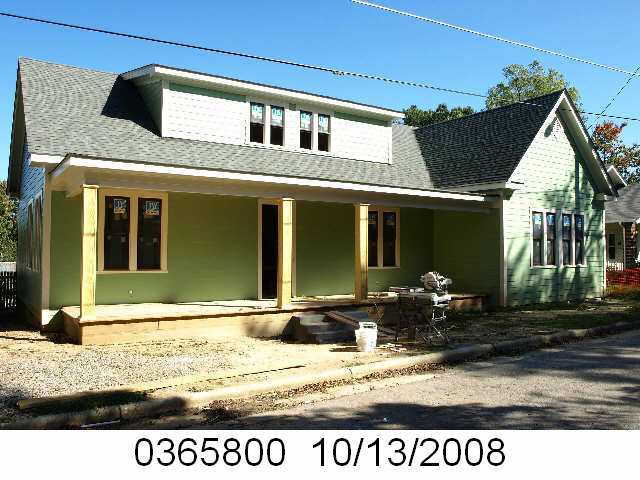 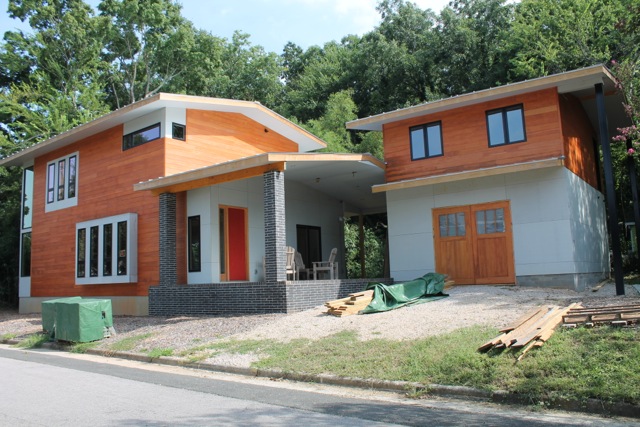 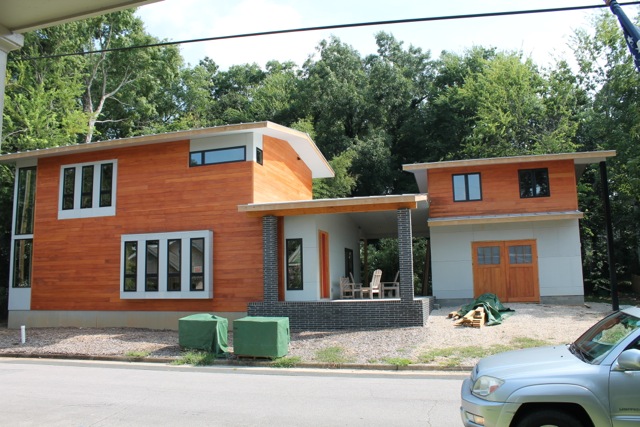 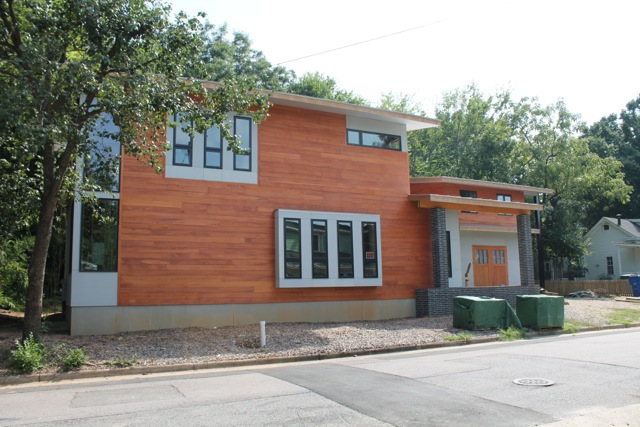 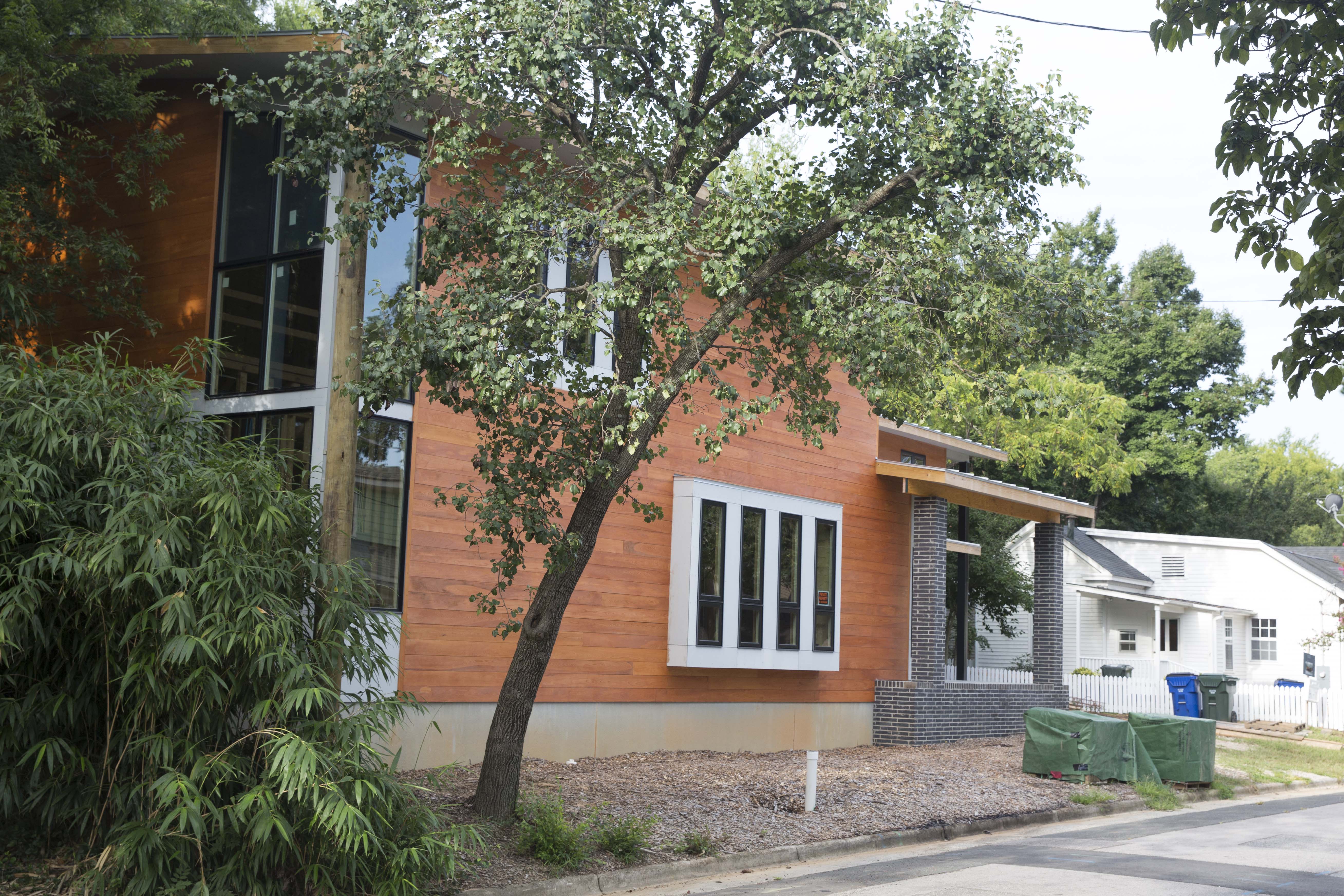 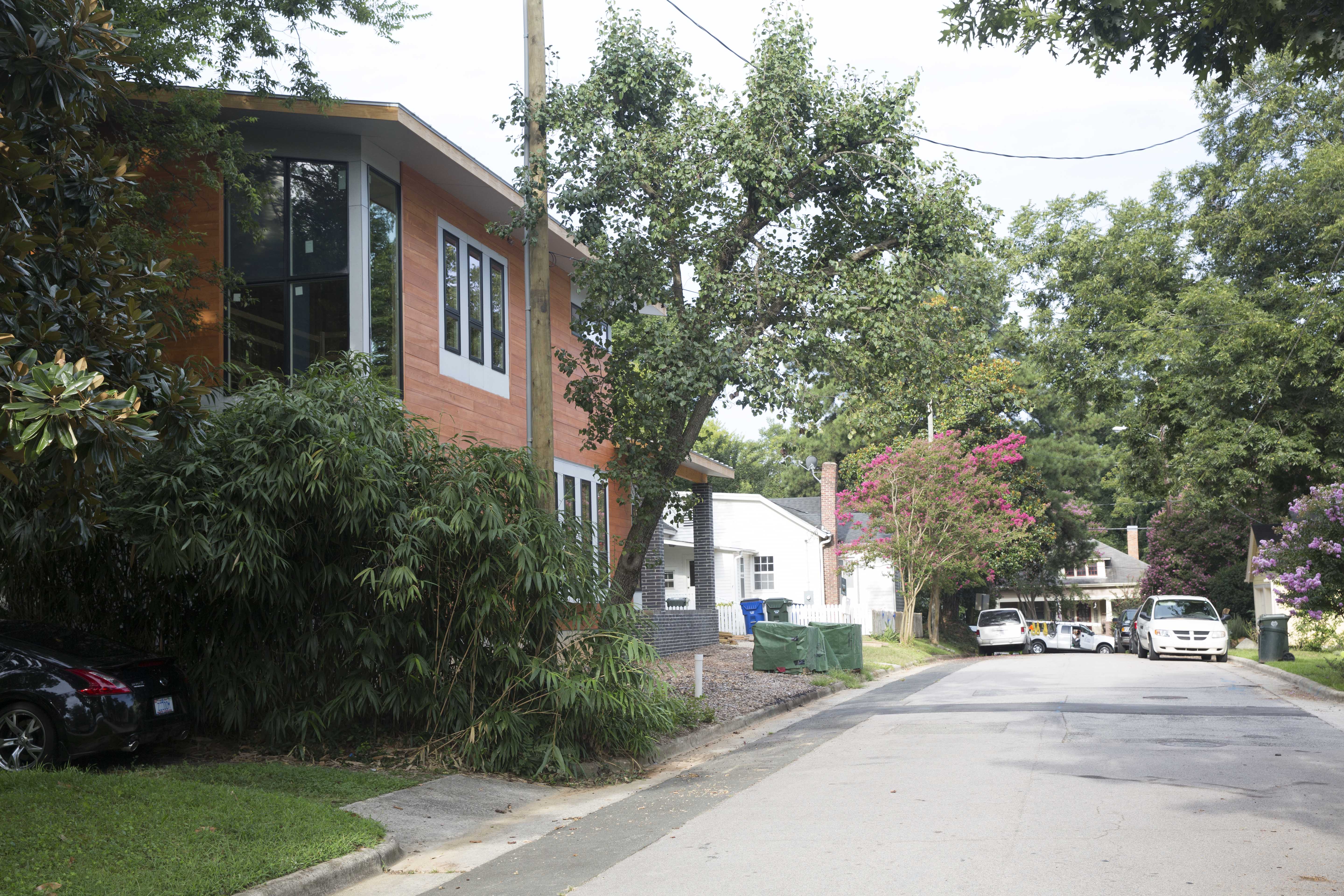 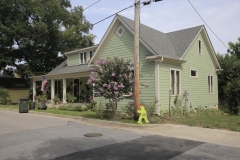 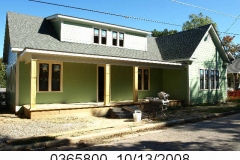 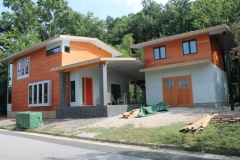 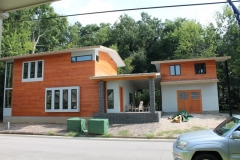 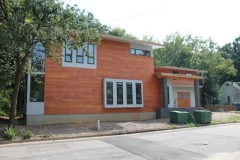 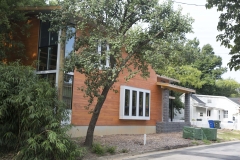 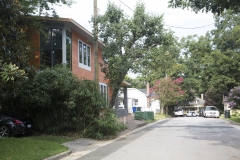 I love the honesty behind the line “A initial look to the left and right of Cherry’s home might raise an eyebrow or two about compatibility…” Shifting the comparison to the home across the street (Wiesner’s home) is problematic though. 4.7 states:

Unless you’ve been swathed in media-proof bunting for the past few months, you probably couldn’t miss the unfortunate...