“They were growing prior to his building the house,” says Jack Gary, director of archeology and landscapes at Poplar Forest.  “Based on the tree rings from some we’ve removed because of storms or disease, the ones left are between 250 and 300 years old.”

“It’s designed to channel your vision out toward the landscape,” he says.  “There’s a telescopic effect that frames the view and brings the distance closer.  During his time, the view was down a gentle slope to one of the branches of Tomahawk Creek and then up to his fields.”

The mounds were designed for landscaping.  “His first design was for a twenty-foot square of willow trees on top of each,” he says.  “It was to match the twenty-foot cube – the dining room – at the center of the house.  I’m pretty certain they all died, though.  Planting willows on top like that is probably not the most horticulturally sound plan.”

“The plates were part of the Oxford and Cambridge series,” he says.  “Each showed a building there.  The images are all associated with education, at a time when he was designing The University of Virginia.” 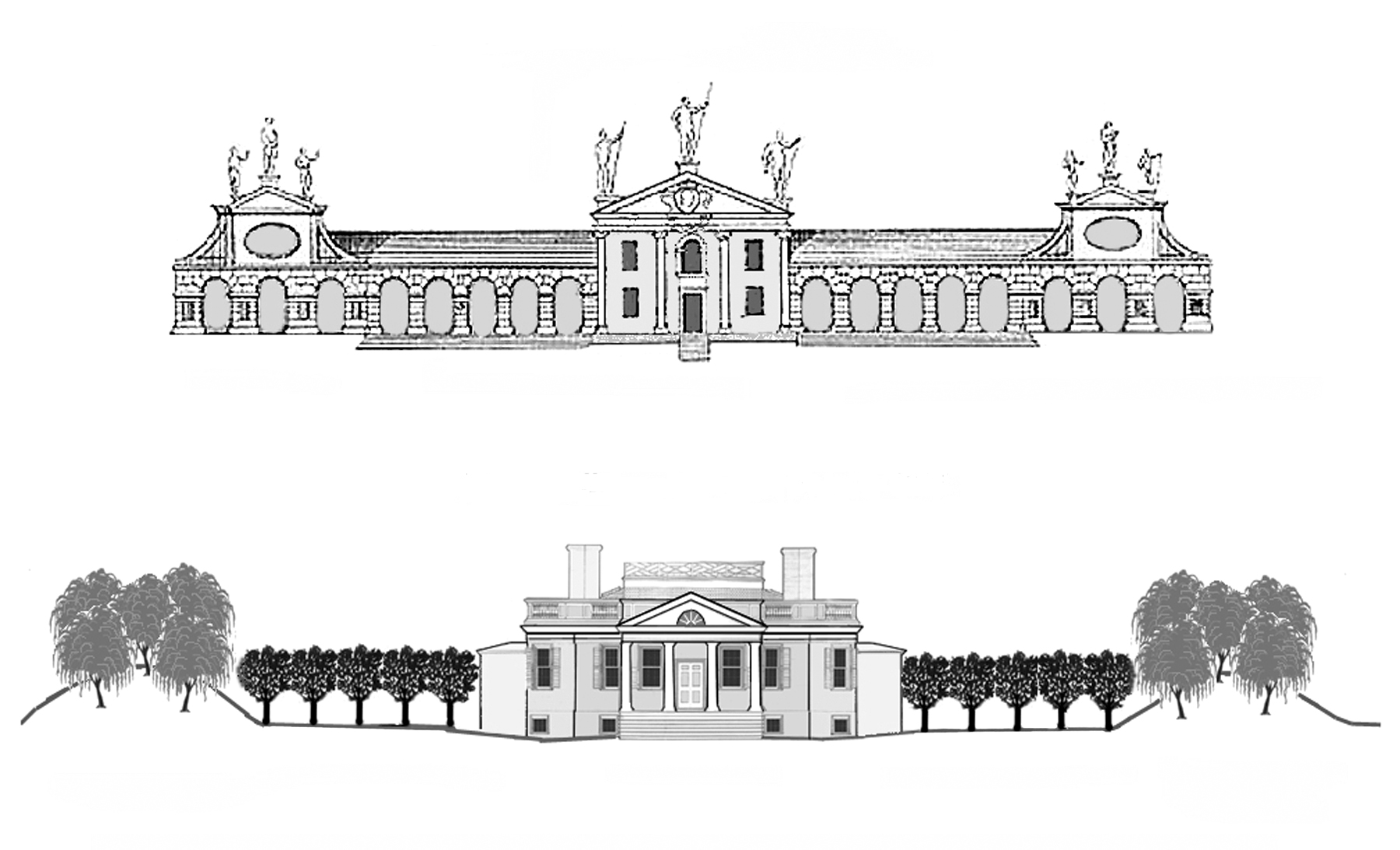 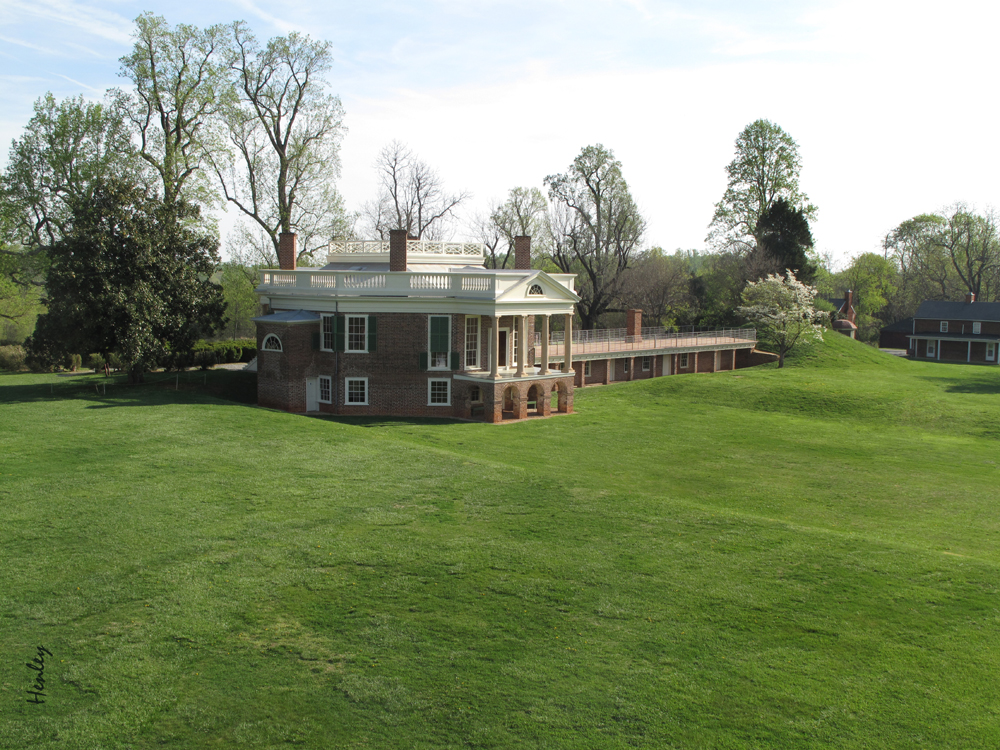 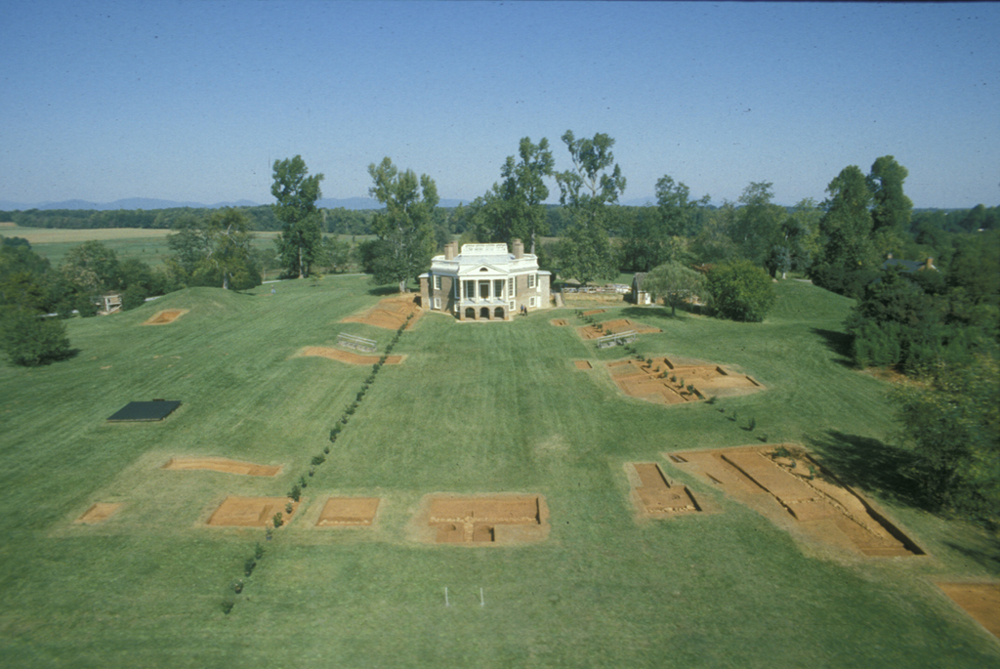 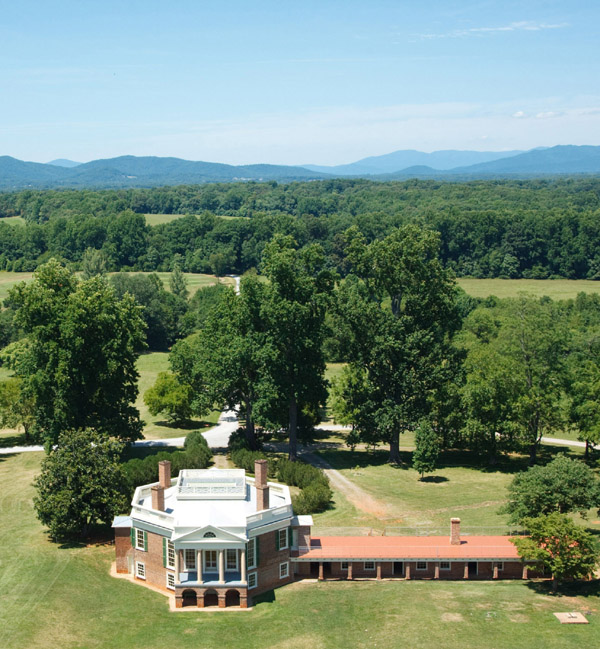 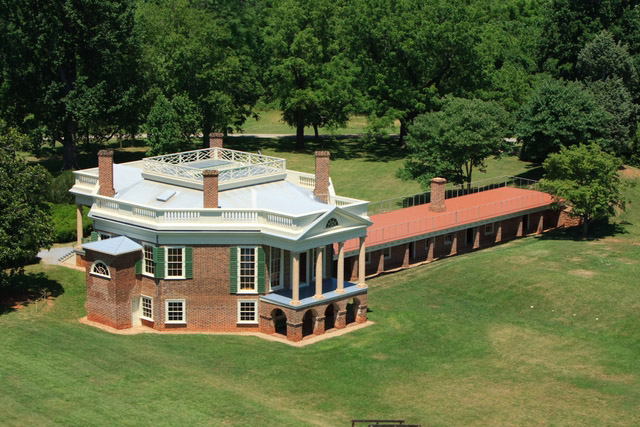 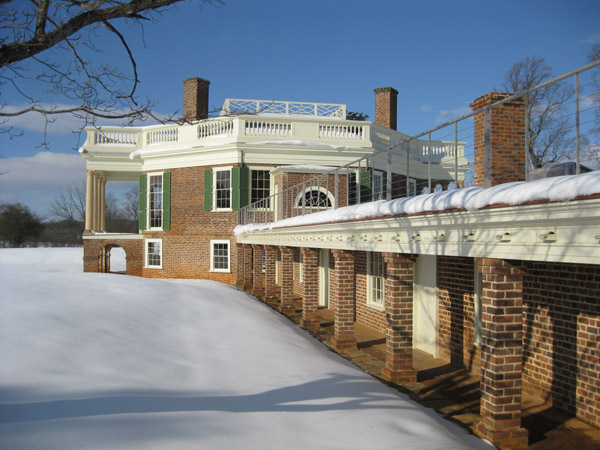 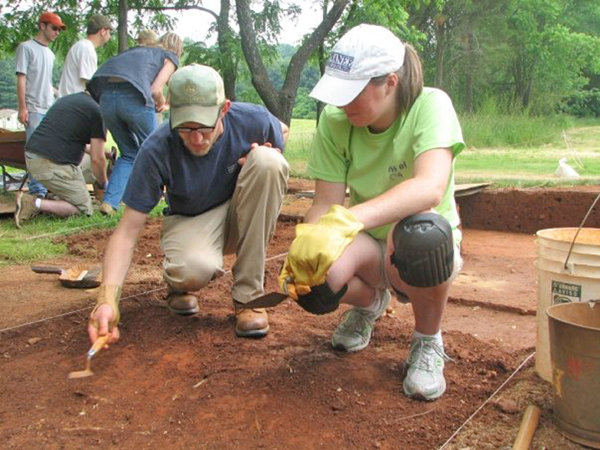 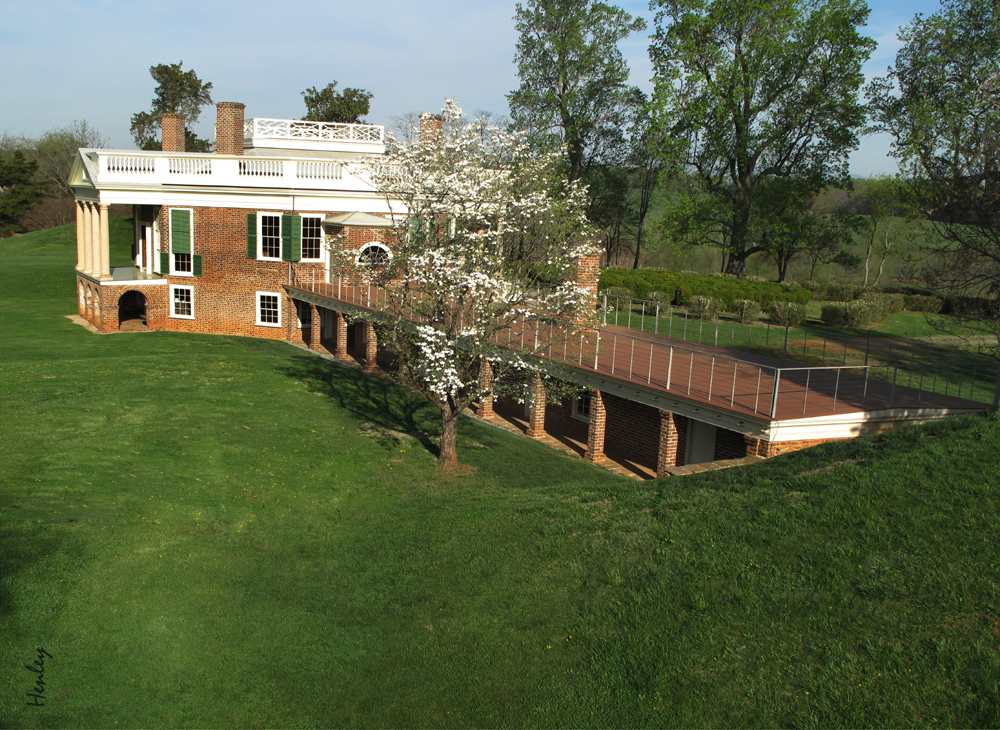 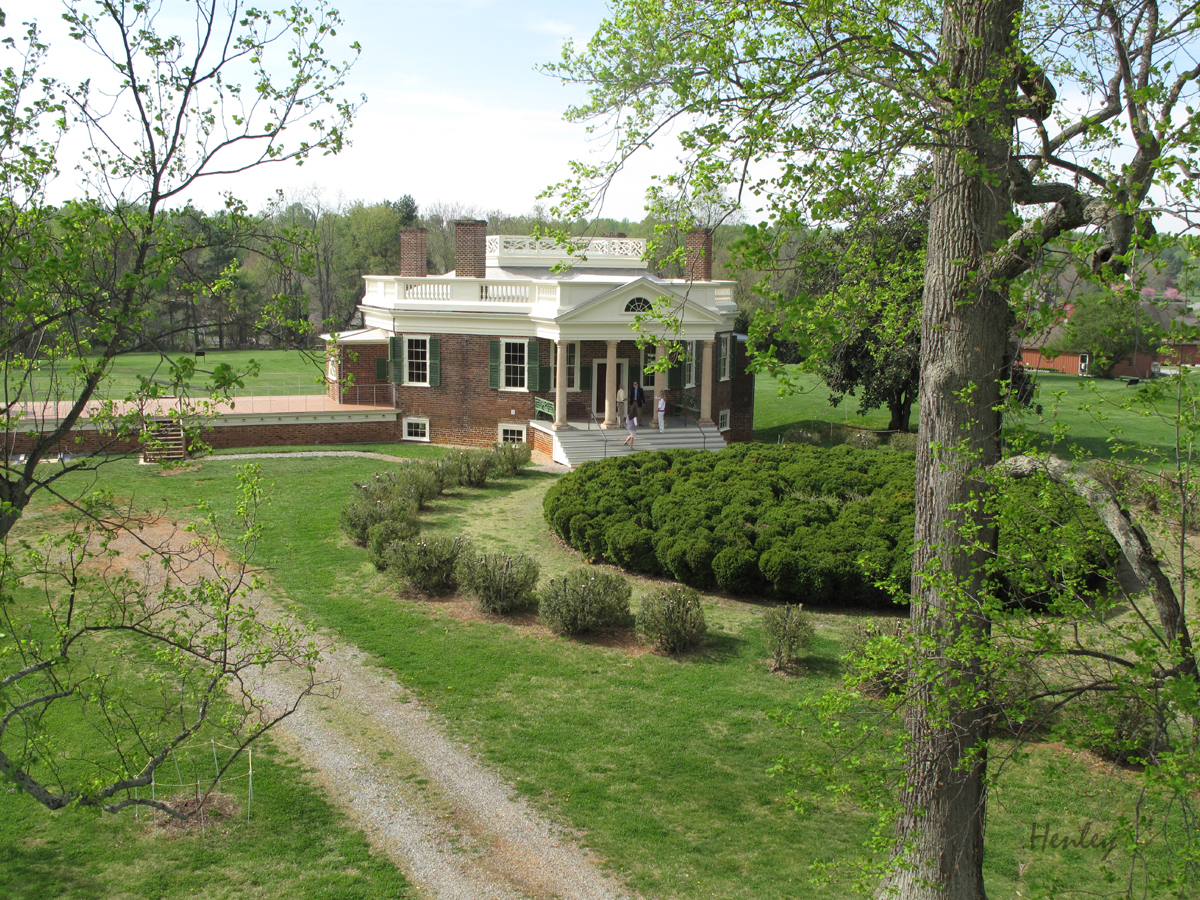 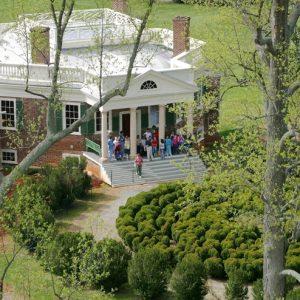