It’s hard not to notice the importance of the dining room at Poplar Forest.

At Monticello dining takes place in a secondary room, as in most of our houses. At Poplar Forest the dining room is the central, most important space in the house. And although it is the largest room, it is the most intimate, where family and guests served themselves at dinner. Long conversations followed. When dusk calmed the summer heat, Jefferson could step outside onto the portico with his granddaughters and hear a barred owl hooting from the poplar trees while bats swooped across the great lawn. On nights when the moon was full, candlelight and moonlight illuminated the walls. There is no more poignant dining room in America.

And how did Jefferson keep cool?

•   He put windows on three sides of the exterior rooms to capture the breeze from all directions. Floor-to-ceiling windows encourage hot air to move up and out of the rooms, and the octagonal plan allows the southwesterly summer breeze to flow right through the house. All these windows make the inside light and airy, and draw nature indoors.

•   He built his one-story house on top of a basement. (Jefferson wanted his house to appear one story because it was all the rage in Paris.) Thus, cooler air from the basement rises to the rooms above.

•   He raised the south portico on Roman arches to shade the south parlor from the summer sun and to offer guests a pleasant place to sit outside. For the windows on the east and west walls, Jefferson designed green painted shutters to block the sun.

•   He knew that the exterior rooms and the building’s twelve-inch-thick brick walls would cushion the central dining room from the heat so that on the hottest days there would be a cool chamber to retreat to. On the June Saturday of our visit, it was 95 degrees outside, but a pleasant 84 degrees inside. All during our visit a southwest breeze flowed under the poplar trees and through the house.

Jefferson had an enquiring and inventive mind. Visitors to Poplar Forest are fascinated by his bed alcoves, planned so that he could wake up and go to his study on one side or to his dressing room on the other. He built a one-story wing to the east for the kitchen and storeroom space, and then covered it with a flat roof onto which he could easily walk.  Curiously, he did not plant trees on the south side of Poplar Forest to shade his portico. He was, after all, a Virginia gentleman and the stately vista of his house was sacrosanct.

For more on Poplar Forest, go to http://www.poplarforest.org/ 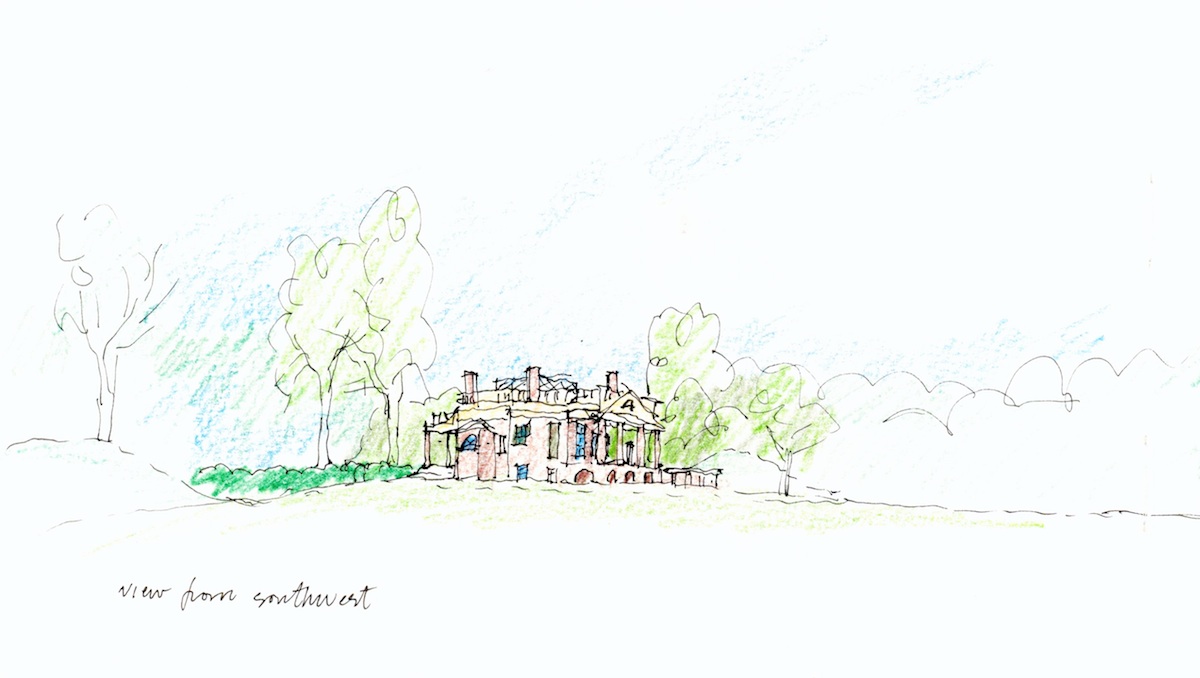 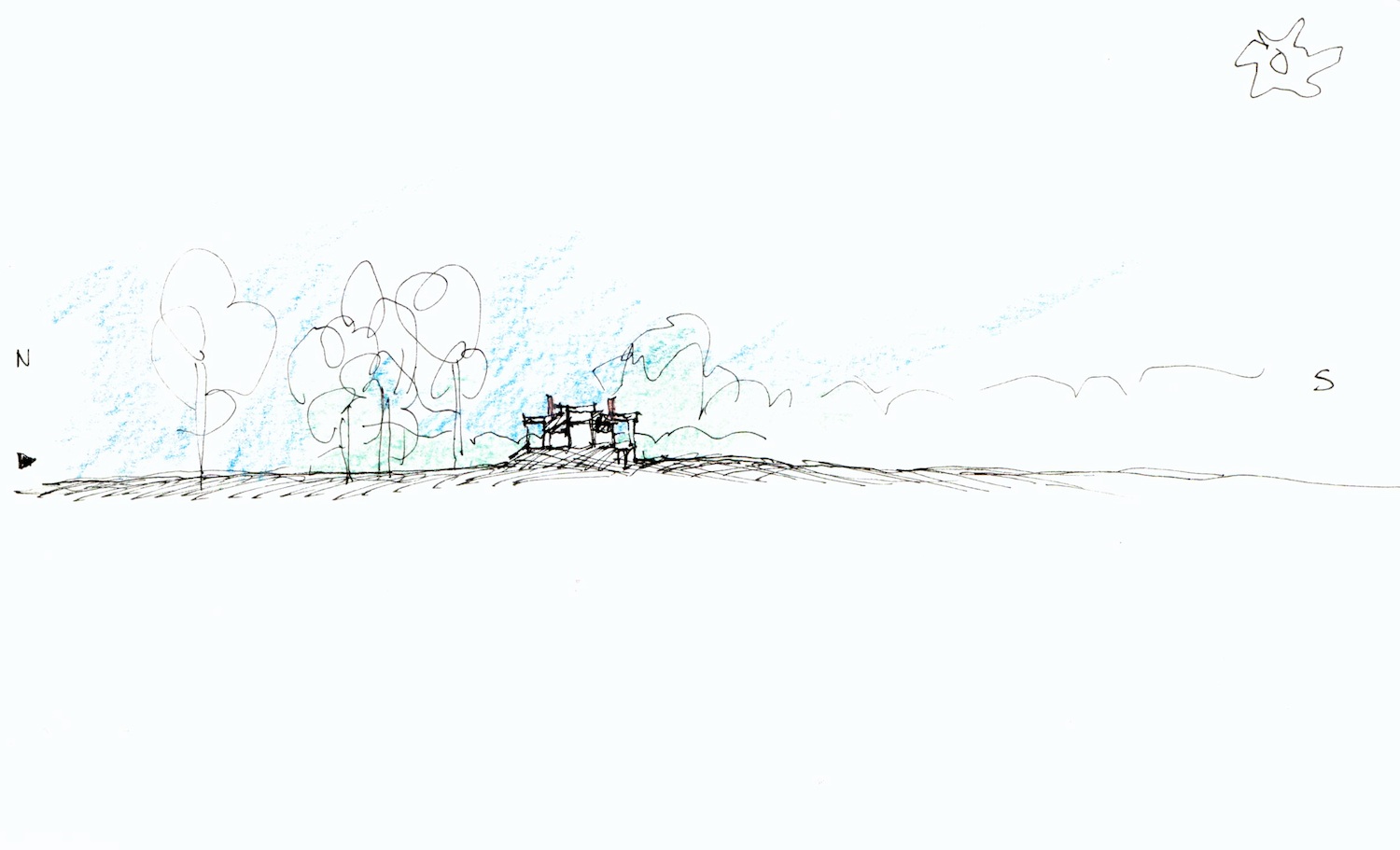 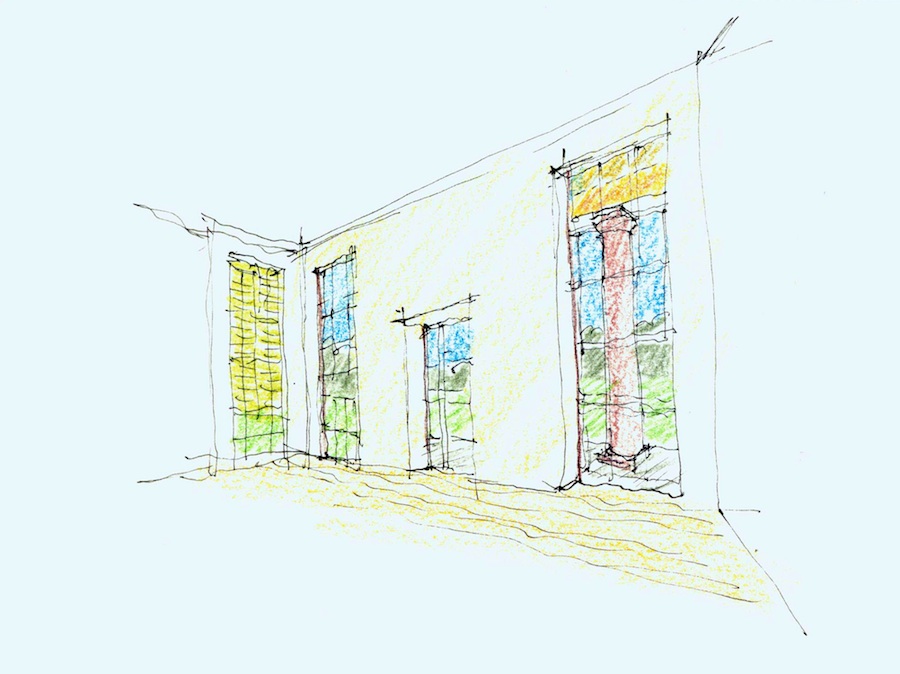 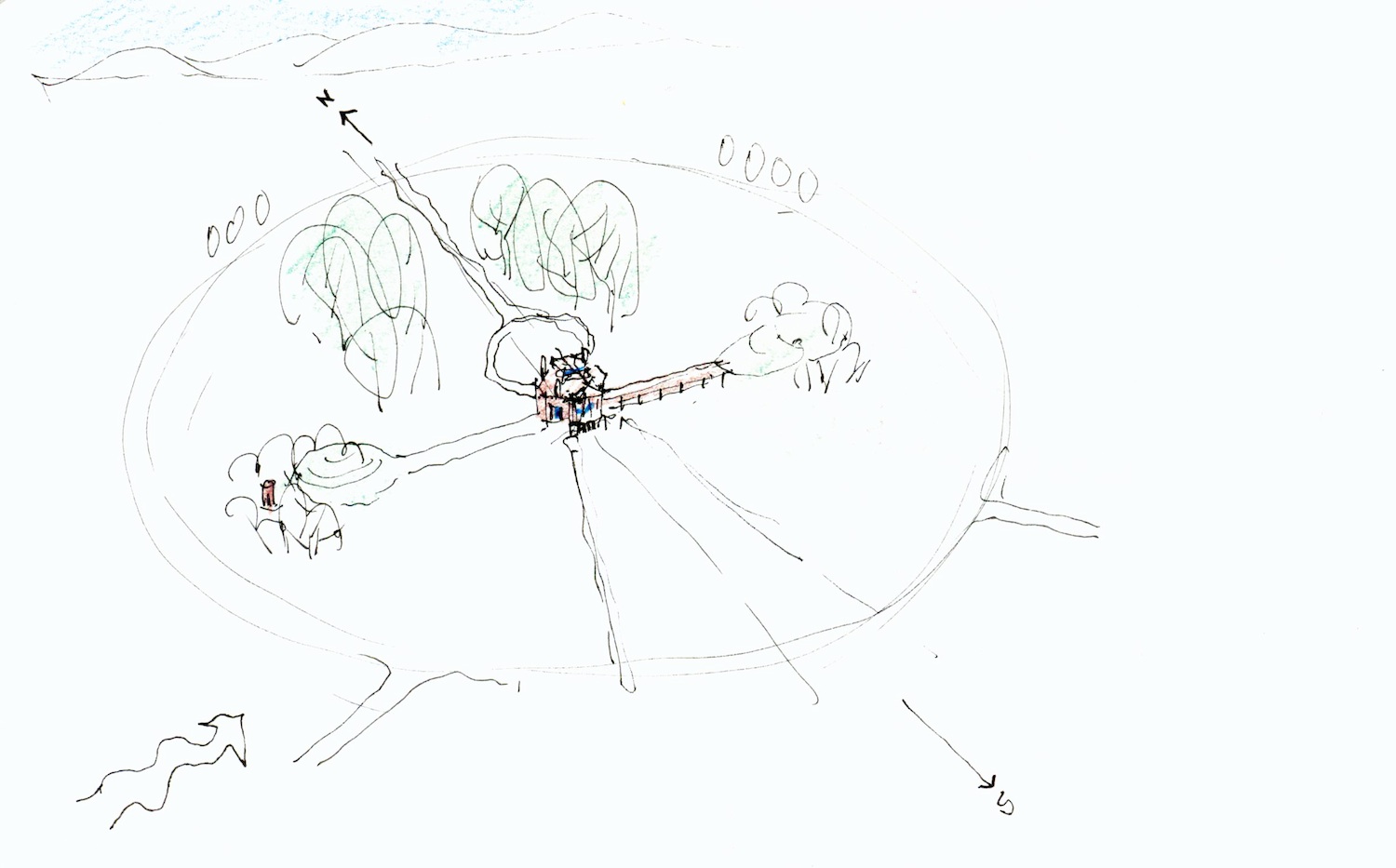 Perhaps there was a greater population of bats back then to help with controlling the flies that seem to adore Poplar Forest as much as we humans!

By Frank Harmon To reach one of the most remarkable historic homes in America, you first must pass through a pleasant...