One can’t help but think that Ivan Karp would be pleased.

That’s because Las Vegas photographer Fred Sigman has finally published a book of photographs of Fremont Street motels from the 1950s, ‘60s and 70s.

Karp was the owner of the OK Harris Gallery in New York who championed the pop art of Andy Warhol, Roy Litchenstein and Robert Rauschenberg, among others.

But he was also an avid gambler in Las Vegas, with a passion for that city’s architecture. “Ivan had an interest in preservation,” Sigman says. “He would gamble at the Horseshoe and walk down Fremont at night – he knew that that stuff was not long for this world.”

So in 1996, he put the word out among the curators there that he was interested in documenting it all for posterity. “Vegas blows things up and tears things down, and the only way sometimes to preserve them is to photograph them,” Sigman says.

The curators recommended Sigman to Karp. “He said: ‘Take a 35 mm camera, and take pictures, and I’ll show them in the gallery,’” he says. “He thought it would take a few weeks, but it took a year.”

When Sigman showed Karp his Cibachrome prints, he received the ultimate compliment. “’You didn’t tell me you were a f**king artist,’” he says. “He was joking.”

Within a year, the images were hanging in an exhibition at the OK Harris Gallery in SoHo.

Alas, Karp passed away in 2012. But 75 of the Vegas Motel photographs he commissioned are now in the new book by the same name, accompanied by images from the Las Vegas News Bureau and a foreword by architectural historian and modernist authority Alan Hess.

The photographs tell the design story of place-making from a different time. “There’s a historical approach – the sign and the immediacy of its context,” he says. “In a way, that’s what framed the camera and the way I looked at it,” he says.

Today, we can thank Sigman for exercising his excellent eye – and Karp for imparting his enduring vision. 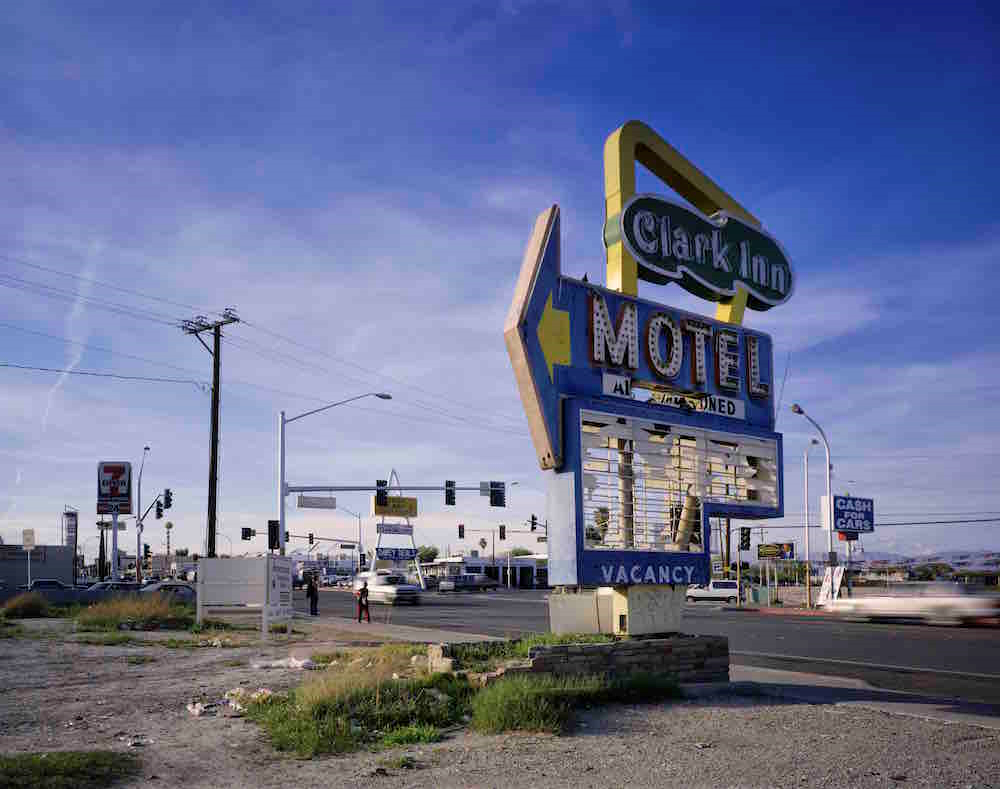 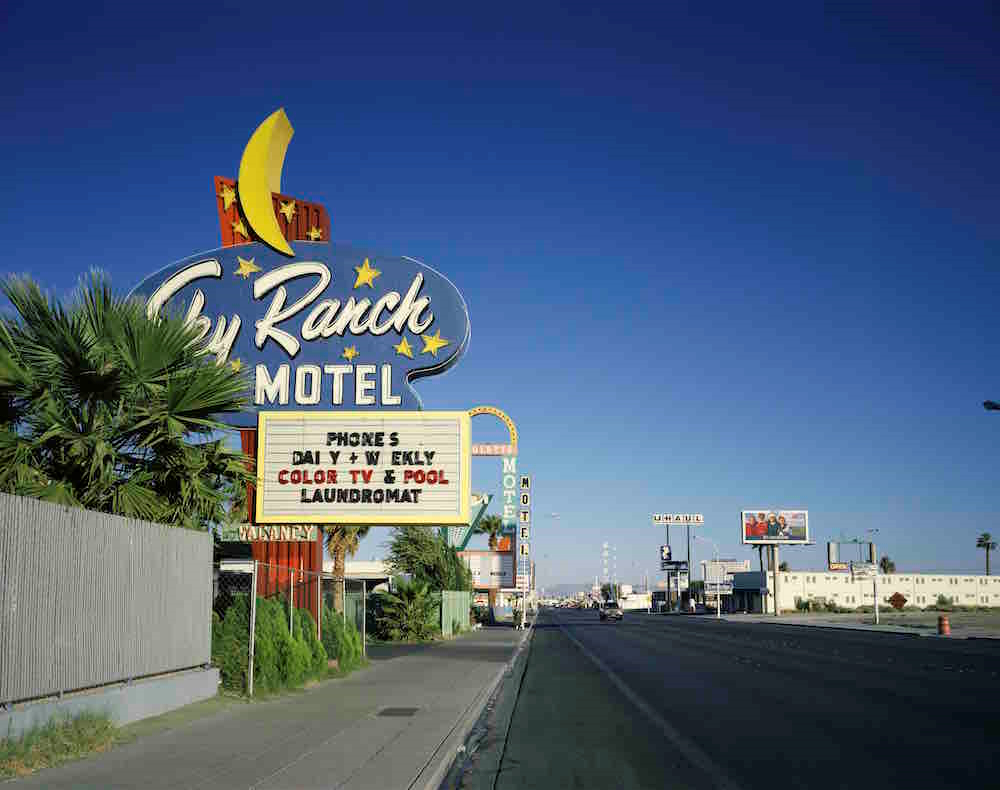 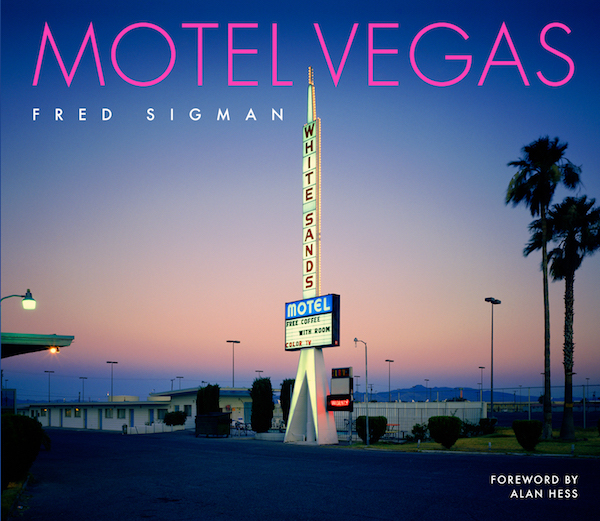 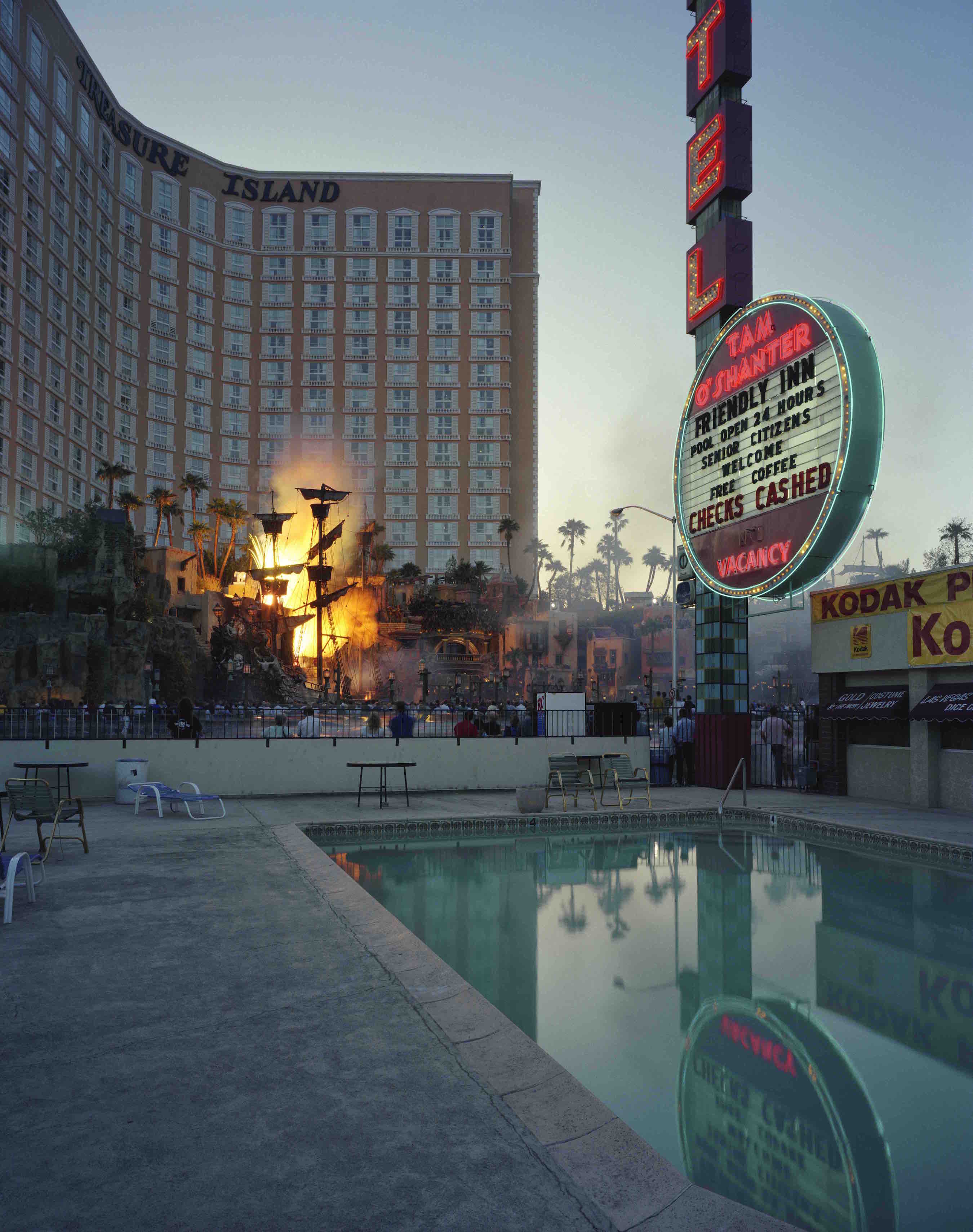 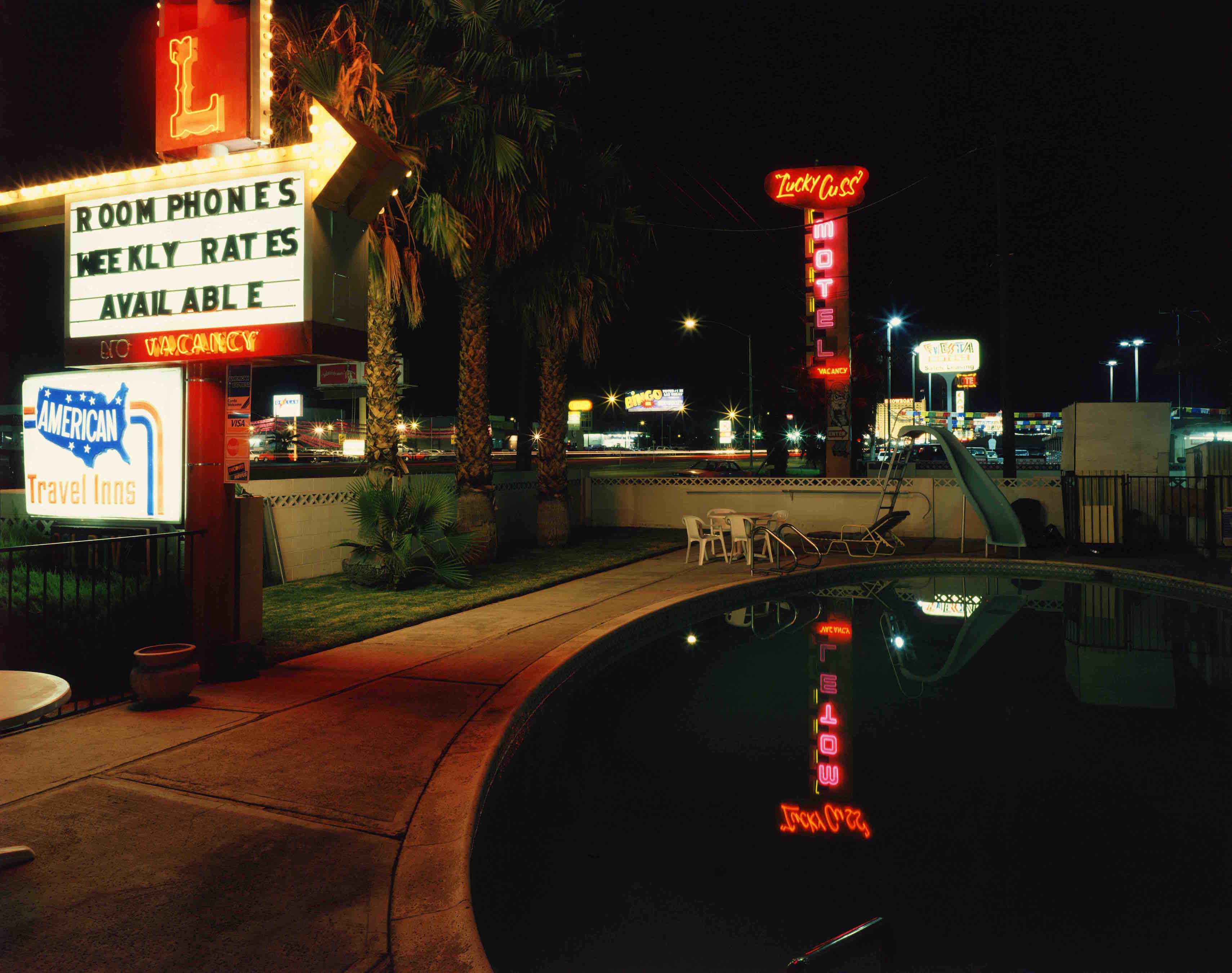 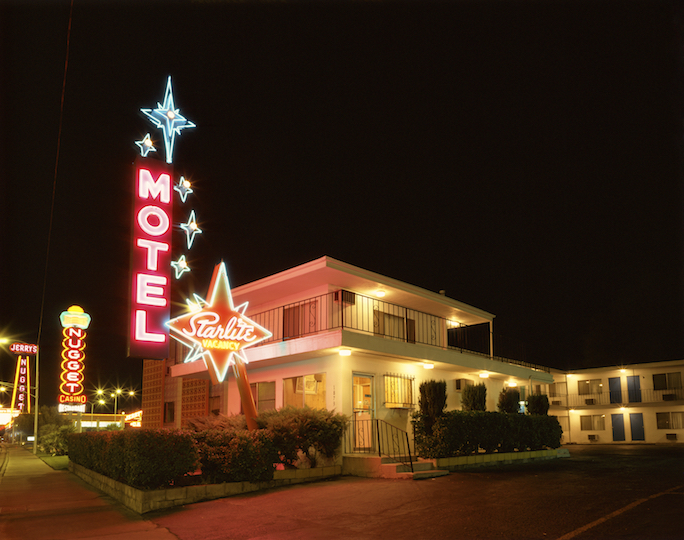 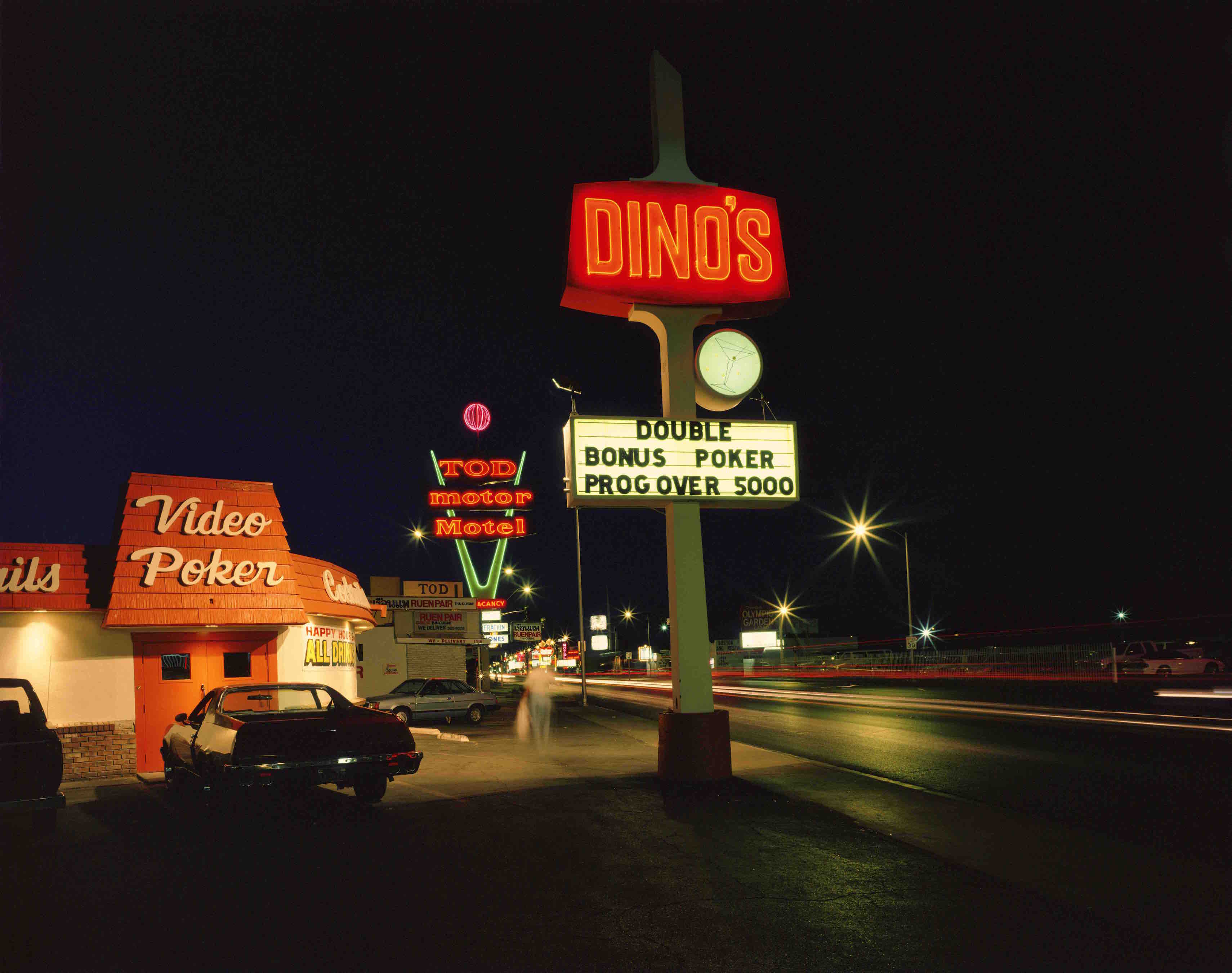 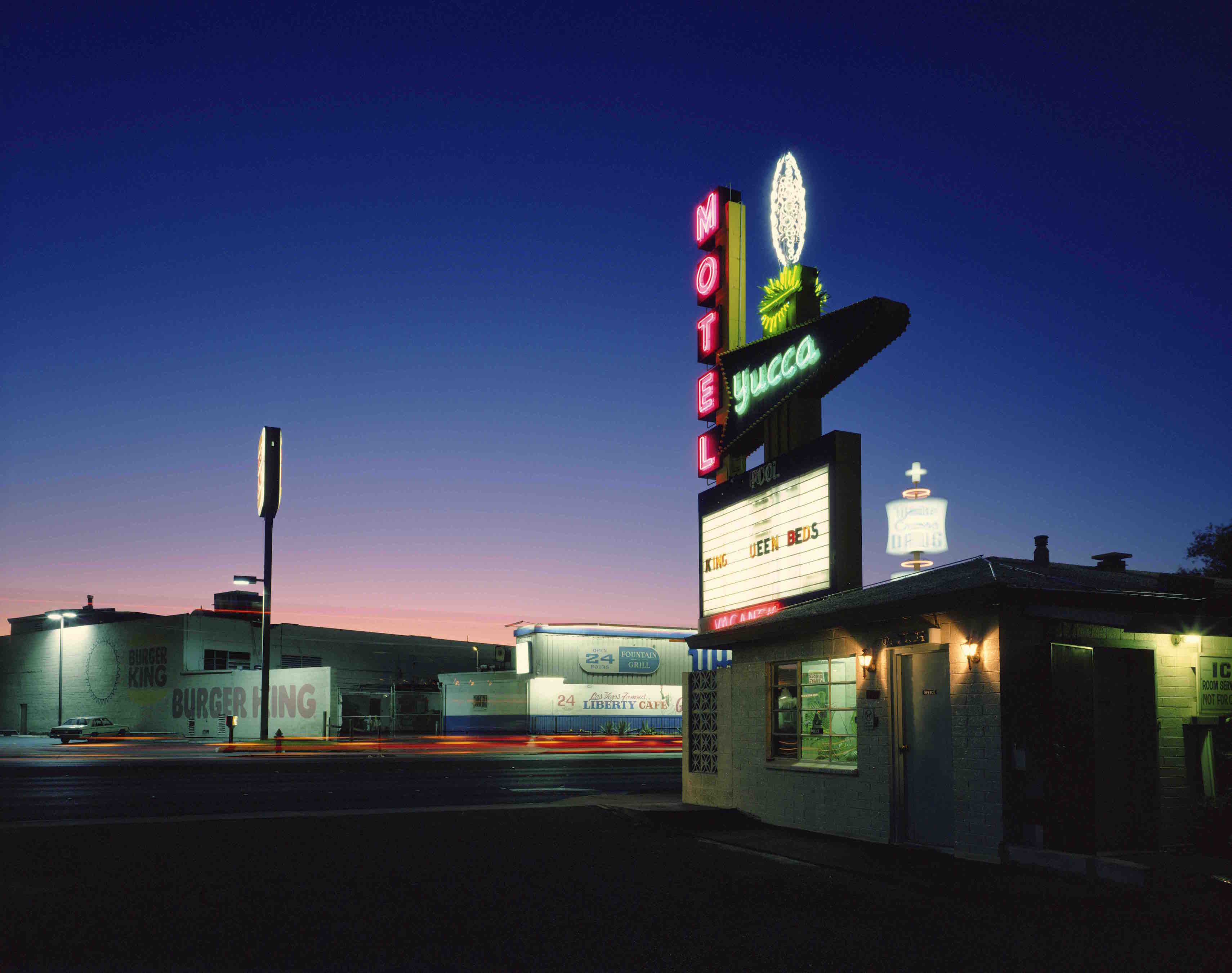 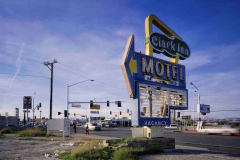 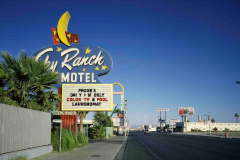 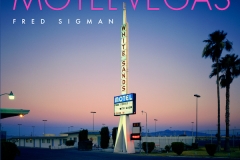 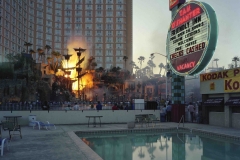 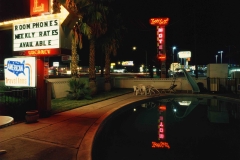 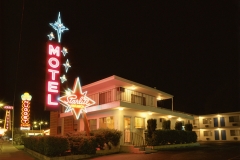 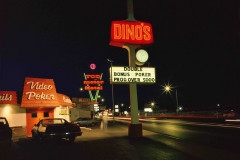 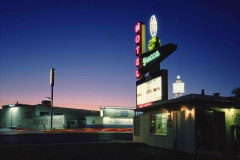 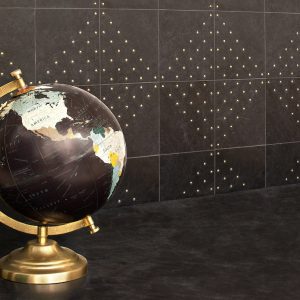 For her newest collection at New Ravenna, Cean Irminger is channeling the likes of T. S. Eliot and Cecil Beaton. They were...