Modular and Sustainable in Seattle

Frustrated with the state of sustainable, affordable housing in Seattle, designer Johnny Hartsfield quit his job, holed up in his basement, took out a home equity loan and didn’t come up for air until he’d developed a solution.

“I wanted to design homes with better values, with better health and with environmental responsibility,” he said. “I wanted to inspire change, to respond to the economic crisis and provide homebuyers and the general public with options for a more responsible lifestyle.”

His solution is called GreenFab LLC. It’s about modular homes that meet the same code as site-built, their modules carefully produced in a factory, then shipped to a site and assembled by crane and a team of specialists.

It achieves its LEED status with an extremely tight envelope achieved with R-26 insulation in its walls, rigid insulation outside, double glazed windows, and a hybrid heat pump/water heater. The home is all-electric, with usage about 50 percent of a comparable home.

And there are options.

There’s also the net zero package that adds more photovoltaic cells than the 2.5 kilowatts on the basic home and bumps up the windows’ UV and the “R” value in the already tightly insulated walls.

The basic home, with two bedrooms and two baths, also offers a garage and the option of a mother-in-law suite. “That increases the density, which is one of the city of Seattle’s primary goals,” he said.

GreenFab’s first built home is under construction now on a 30-foot by 100-foot urban infill lot in Seattle. It features a modern design aesthetic with its flat roof for a deck with city views. “We’re filling a hole in the marketplace,” he said. “This is the first modular, LEED-certified home in Seattle.”

For more on GreenFab, go to http://green-fab.com/contact.html 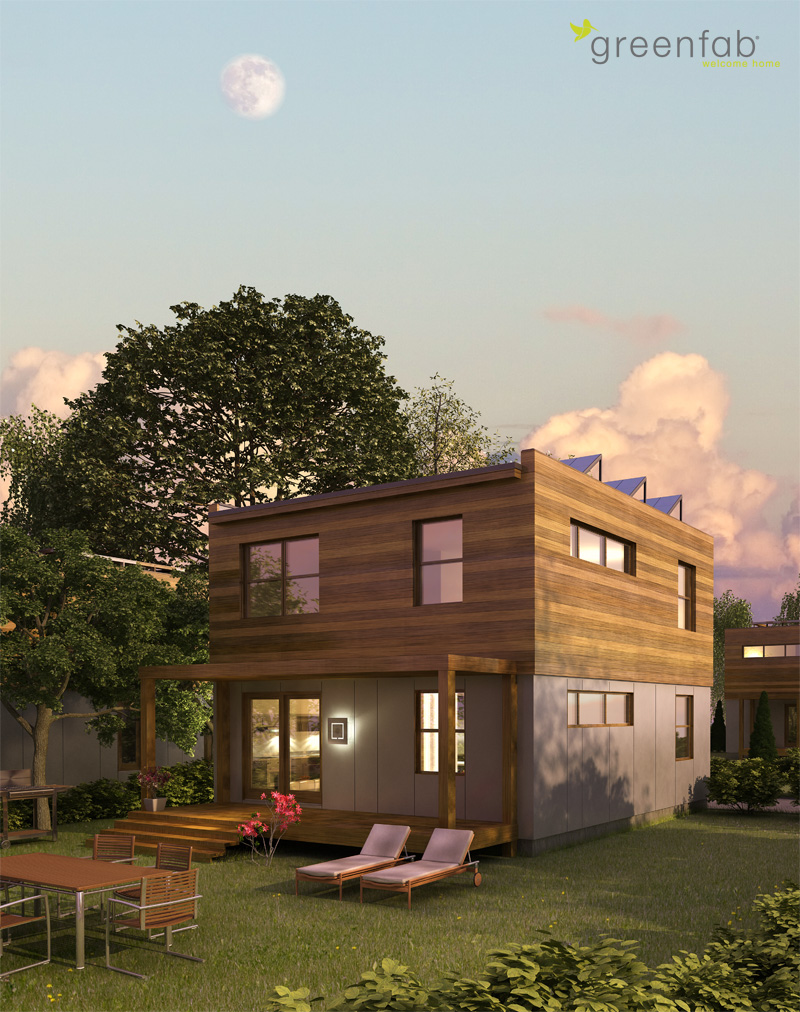 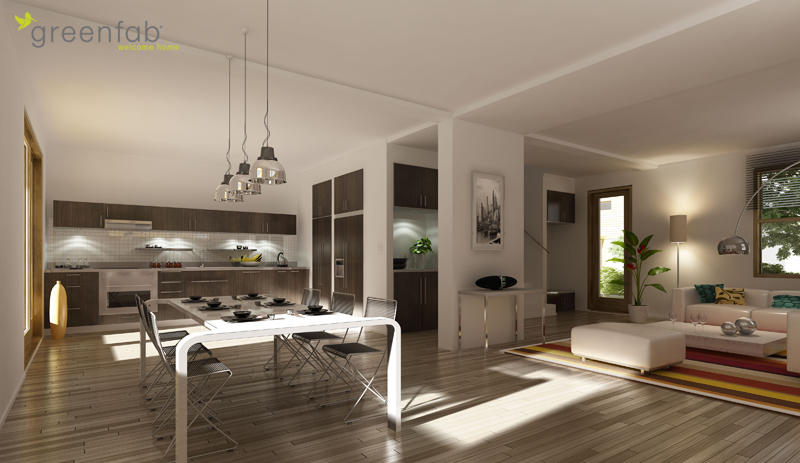 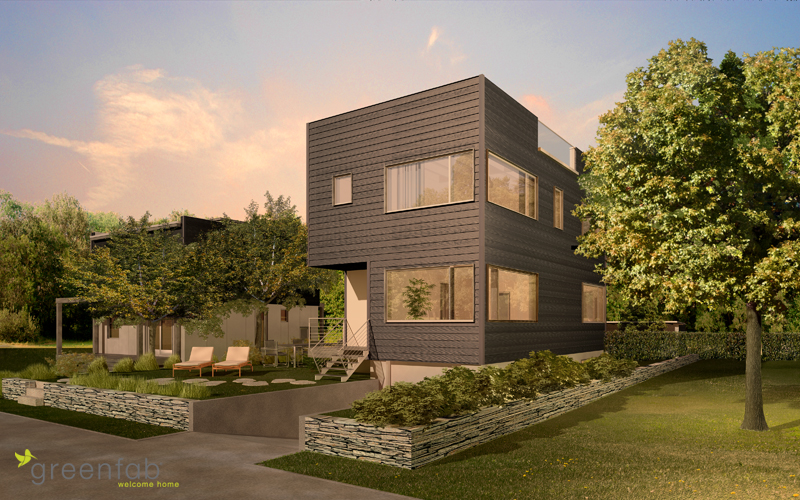 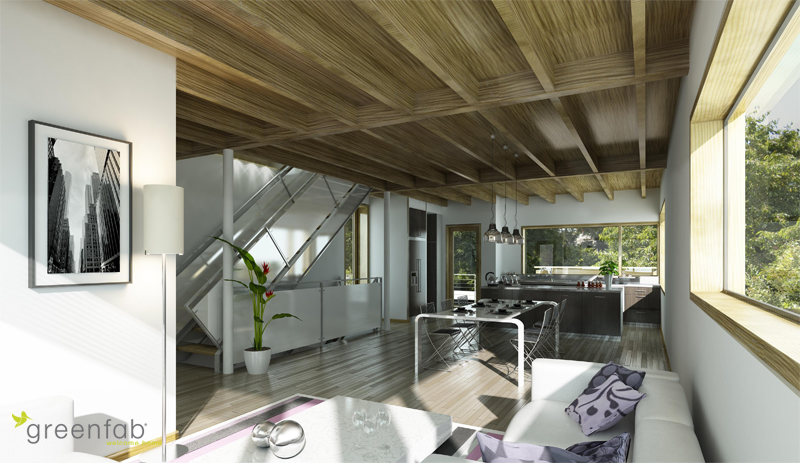 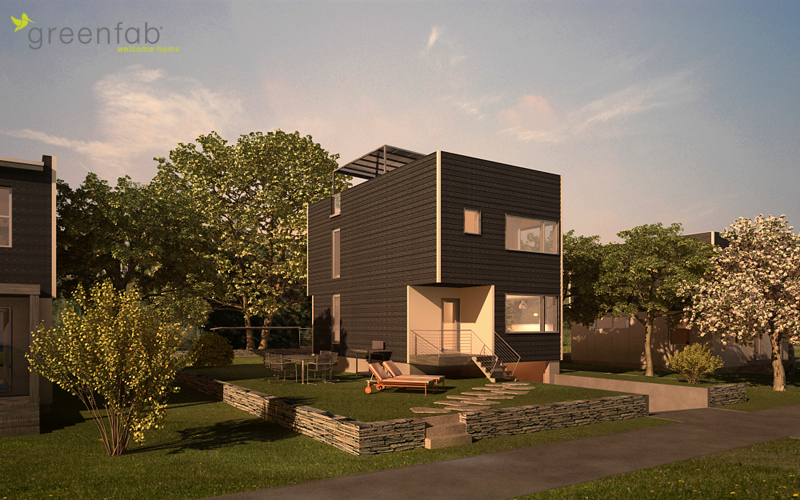 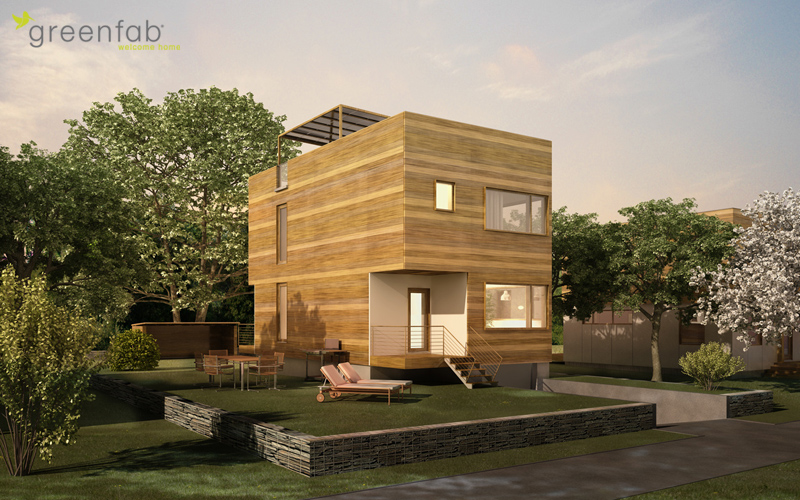 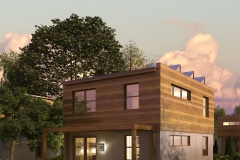 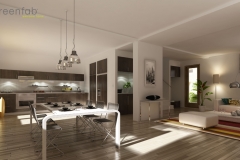 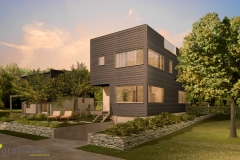 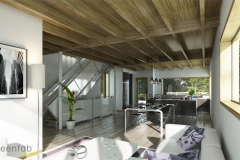 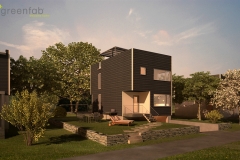 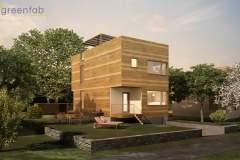 Designing a Place of Hope in Sarasota

Very nice, sculptural and high tech looking, but not particularly welcoming from the outside, although it looks able to adapt.

I do agree with you, but I guess this is what we call modern. And this all about modular, you can adapt a little and regarding the efficiency the price the design and all the features you can have. I’m looking forward to see this in real.

A paradigm shift in what modular can and should be. what a cool concept, and I hope we can see more of it as a mainstream option for home buyers. Now if we could just get some innovative lending practices to go with it please…

It good to see quality, green modular housing with competitive pricing. In a much more sensible size than some of the other well designed modular housing out there today. The future looks bright for this market.

As a mother of 2 kids, I absolutly love it, the size, the design, the green concept. When and where is it going to be available ??

This is wonderful. What a cool concept!

Wow! This looks pretty cool. Can’t wait to see it in person.

I want this house! I love the idea of simplifying sustainable building and making it affordable.

To Lauriane:
GreenFab is currently building one of our homes in the Seattle area and it will be ready for the public, like you, to visit beginning in January. We are in the process of designing more homes right now and will release them on our new website (www.green-fab.com) coming out late September.

Our homes are currently available on the West Coast and Mountain States of the U.S. as well as British Columbia and Alberta Canada. In the next year we will announce GreenFab homes available throughout the rest of the United States and Canada.

Please contact us at contact@green-fab.com if you have any questions. We are happy to help.

I love the green roof! The whole system is a great concept, I hope it catches on.

It is so exciting to see something modern and fresh and affordable! And Green! It is also nice to be able to customize the homes to your tastes as well as with which green aspects you want. Fab.

I think being able to design and construct find a well built, green home that is affordable, mainstream, customizable and can actually fit the urban in-fill needs of our city is spot on! I really support the flexibilty of this homes and love that flex space (mother in law) as it adds options for familiess to generate income via an additional dwelling unit initially, and as the family grows that space works for an expanding family. Great stuff -looking forward to January and seeing this home built in Seattle. Congrats on your success thus far.

Great first home! Can’t wait to see it in person… I like the ideas and ethics behind the company too. Here’s hoping things take off for GreenFab!

This is exactly what our market needs! Affordable green housing with optionial upgrades to either fit your family and/or become less dependent on natural resources. I’m excited to see the first unit and many more to come. I can truly see myself purchasing one of your homes in the future!

I’m looking forward to checking out your first home when it becomes open to the public. I research modular homes and modular home builders all over the U.S. and enjoyed reading about your company. Keep up the good work, not only with the building, but with the way you are educating the public with timely updates on the website and blog.

Absolutely fabulous !!! We want one !!! As soon as you can built the same house in Switzerland … blonay will be perfect we are in the waiting list 😉 Seriously !!

Nice simple design. I’m assuming that the $125 to $150 per square foot is just for the modular home itself. I’d be interested to see what the numbers are once the site work, foundation and utilities have been completed.

Designing a Place of Hope in Sarasota

Michael Carlson of Carlson Studio Architects faced one of the most sensitive of challenges in Sarasota, when the Wellness...