Michael Graves and the Hotel Michael

The 49-hectare site for Resorts World Sentosa, located on the island of Sentosa facing Cruise Bay, is being developed as a 343,000-square-meter integrated resort.

It offers six hotels with more than 1,800 guestrooms, a casino, the 1,600-seat Festive Grand Theater, a convention center, an outdoor amphitheater for 1,000 people, the Maritime Xperiential Museum, a small marina and a marine life park, all interspersed with retail and food and beverage outlets.

The planning, architecture and most of the interior design was masterminded by the American architects Michael Graves & Associates (MGA) with Patrick Burke as Principal-in-Charge, in partnership with Singapore-based DP Architects.

The architect enjoyed the added benefit of having a hotel named in his honor, with paintings and decor of his own design.  Hotel Michael is now open for business, as noted in the second installment of our interview with Michael Graves and Patrick Burke, below.

How much of the material used in construction of the structure and its interiors was sourced either locally or within Southeast Asia?

Patrick Burke: Almost all of it. The natural stone used on the project came from various places throughout the world, but all other materials were sourced within the region. For example, all of the FF&E was fabricated in China, in various factories.

Patrick Burke: Not really. The project was built using modern construction techniques such as one would find in downtown Singapore.

Can you please describe some of the challenges and complexities of collaborating with not just the client, but also fellow architects, designers, landscapers, engineers, etc, on a project of this nature?

Patrick Burke: Our associates, DP Architects, were the executive architects and managers for the entire project and oversaw a very large team of consulting firms, including engineers and specialists such as landscape designers, lighting designers, fountain designers and artists. They shouldered the burden of coordination among numerous collaborators.  DPA is one of the best firms that we ever worked with and Angelene Chan, the DPA Director in charge of Resorts World, balanced all of the complexities of the project just brilliantly. She was a terrific leader for the entire team. The key to getting the project accomplished well and within the tight timeframe was our constant communication with DPA. Luckily, between us, we were responsible for the planning, all of the architecture and most of the interiors, so we could work in a concentrated way across all of these topics. We had weekly meetings via video conference, in addition to in-person meetings in either Singapore or Princeton, so our respective staff members became well acquainted and the resulting camaraderie made the pace as pleasant as it could possibly be.

How much of a driving factor was the whole eco/sustainability element? Was this something which was of key importance to the client?

Patrick Burke: Eco/sustainability was an important consideration from the outset. We were pleased that the project that has been completed so far, including the central zone of the resort and the Universal Studios theme park, received a GoldPlus Green Mark from Singapore’s Building Construction Authority (BCA), only one of two ever given in Singapore.

There have been some questions over the sheer size of RWS and its environmental impact. What measures and technologies have been implemented to ensure the development is genuinely ‘green’, despite its daily energy and water demands?

Patrick Burke: Yes, the size and the density presented challenges to the eco-friendliness and sustainability of the development, and the entire team was instrumental in identifying green or eco-sensitive strategies.  In fact, the BCA lauded Resorts World Sentosa for integrating green concepts into both the master plan and building design. For example, the semi-enclosed outdoor areas are eco-cooled through recycling the air from the indoor air-conditioning systems. ETFE canopies and the eco-coolers are meant to lower ambient temperatures by as much as 41 degrees Fahrenheit/5 degrees Celsius.  The theme park features extensive green roofs and the largest solar array in Singapore, which can generate 500,000kwh of energy annually.  Air conditioner condensate waste water and rain water runoff from the surrounding area (beyond the site limits) within the USS Lagoon is recycled and reconditioned for use within the cooling plant.

What would you say was the most significant achievement of your firm with this project?

Patrick Burke: In addition to completing such a large amount of work in such a short time, I would have to say that creating a variety of visitor experiences was a feat. Even though the client was willing to have MGA provide so much of the interior design, they challenged us to create very diverse settings that would appeal to the many visitors who would go to the resort not just once but multiple times.

You were involved to a very personal level on Hotel Michael, e.g. creating your own artwork, designing exclusive products for the guest rooms, and creating a new typeface for its signage. What inspired this?

Michael Graves: I was very flattered when the client decided that one of the hotels would be named after me and that I would get to design the entire guest experience, down to the smallest detail. You may know that our architecture and design practice encompasses several integrated disciplines, including planning, architecture, interior design, furniture and product design, graphic design and branding, and I also create artwork. Therefore, in the traditions of many early 20th century architects and designers whom I admire, we have the skills and the capacity to design it all! While we’ve done this for other projects, particularly in the hospitality field, designing Hotel Michael was a very special opportunity for me.

In terms of décor materials used/sourced, could you please describe some of the most interesting/noteworthy elements?

Michael Graves: First, the guestrooms, which were fairly small given the allowable floor area of the overall project, were designed efficiently with built-in millwork inset with various functions as well as artwork and lighting. This gives a feeling of calm and balance to the room. The millwork and the freestanding furniture is made of a honey-coloured maple wood, which adds warmth and refers to the natural environment of the resort and the island of Sentosa. The same idea of built-in wooden panelling and millwork is carried through to the ground floor lobby, lobby bar and the Palio restaurants as well as the retail shop called the Michael Graves Gallery.

The artwork that I created for the hotel also gives it a special ambiance. In the bathrooms for the guest accommodations, an entire wall is devoted to a micro-mosaic mural made from a painting of vases of flowers that I created. Also in the guestrooms are paintings above the bed and in niches on the opposite wall where the television is located. These compositions are what I call Archaic Landscapes as they represent archetypal architectural elements, like fragments of buildings, located in an imaginary landscape. By insetting them in the millwork, they appear as windows to the outside, thus enlarging the sense of the space. I made paintings of similar themes for the ground floor, and the lobby features some of these archetypal forms in three-dimensions, as if one were occupying a painting in three dimensions.

In terms of the colour scheme, what sort of ambience were you aiming to create for diners and guests?

Michael Graves: In the guestrooms, I used colors like blue-gray, green and terra-cotta, colors that are found in nature, consistent with the overall theme of the resort architecture. Similar colors appear in the Palio restaurant, but there I also was inspired by the brightly colored banners and crests, often of a geometric composition, that are traditionally part of an annual horse race called the Palio, which is held in Siena, Italy every year. I studied architecture in Italy and spent a lot of time there over my career, and have long been fascinated by all things Italian. I thought that the references to the Palio would create festive and fun atmosphere at Resorts World.

Were you creatively inspired at all by the setting for RWS – either Singapore itself, or Southeast Asia as a whole?

Michael Graves: Yes of course, but more particularly the island of Sentosa with its beautiful landscape and history of outdoor recreational activities. We used many flower and plant motifs throughout the resort’s décor in addition to planning gardens and landscape and water features.

Patrick Burke: The lyrical green roof forms on the taller central buildings are  playful partners with the green hills of Sentosa that comprise the setting for the project. On the interiors, we also were inspired by the regional attraction to certain colors, especially reds and golds, which are thought to be lucky. That was important to the casino environment but also creates a general atmosphere of fun, enjoyment and prosperity.

How many Hotel Michael properties are there worldwide?

Michael Graves: So far, only one.

I understand that the Michael Graves Gallery at RWS is the first of its kind. Why was Resorts World Sentosa selected for the launch of this retail outlet? Are there plans to introduce further outlets anywhere else in the world?

Michael Graves: No plans yet, but we’ll see. It’s traditional for hotels to have stores and since we also design consumer products, the client thought this would be appropriate. I am very happy with some of the merchandise that we designed especially for the store, such as the leather goods, as well as the flatware and dinnerware that we designed for the resort. The flatware is used resort-wide and available through the store. It also carries other products that we’ve designed over the years, such as our product line for the Italian manufacturer Alessi, and artwork of mine.

For more on Michael Graves & Associates, go to http://www.michaelgraves.com/ 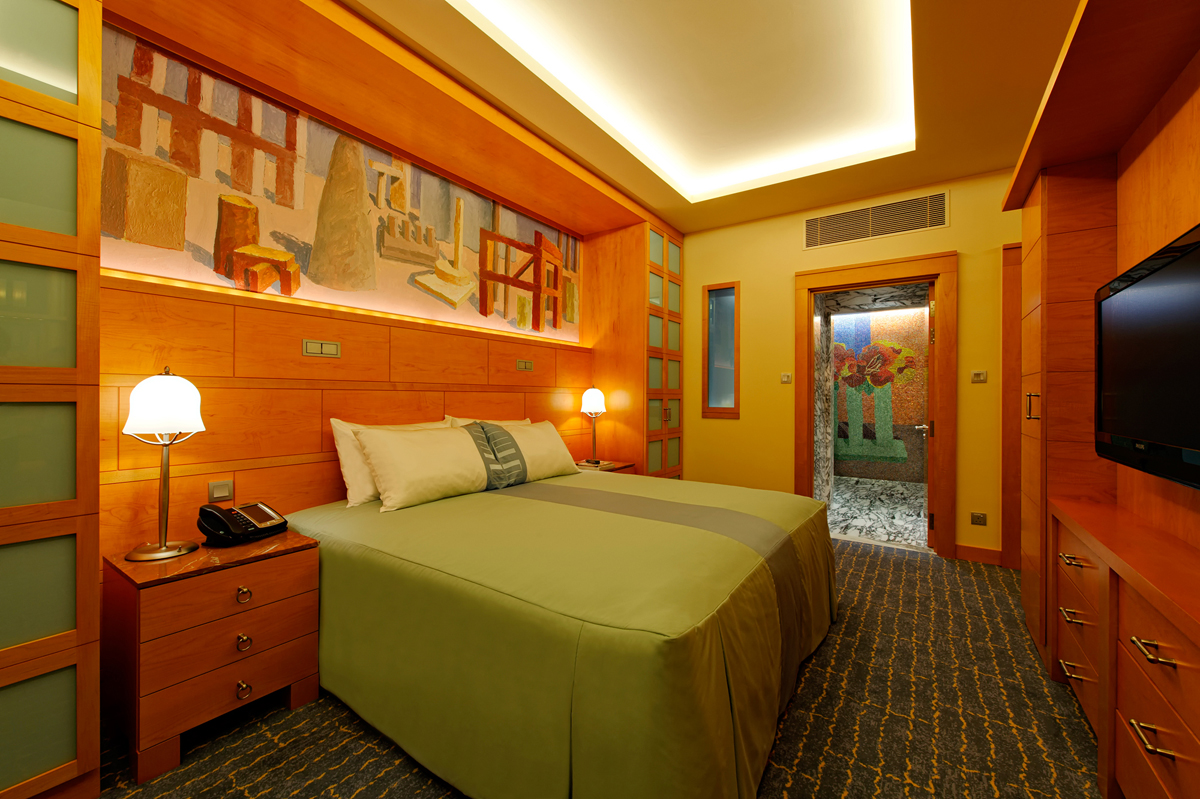 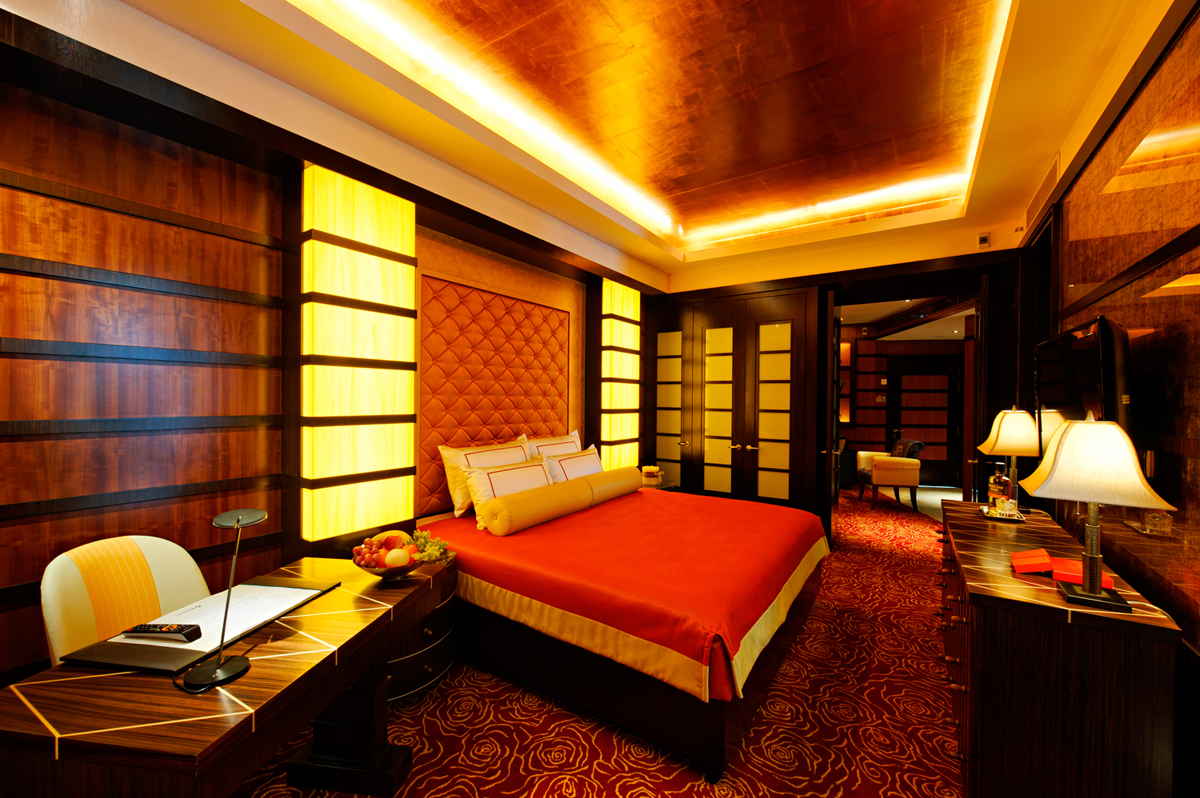 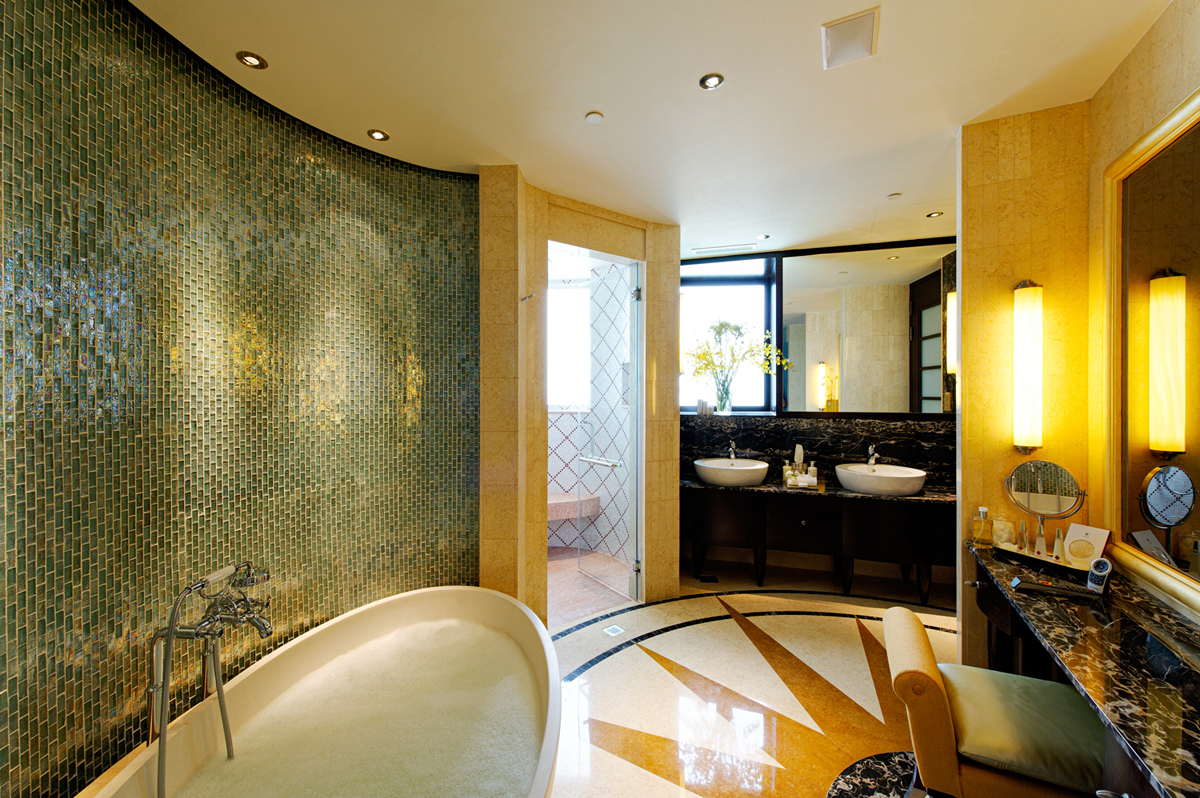 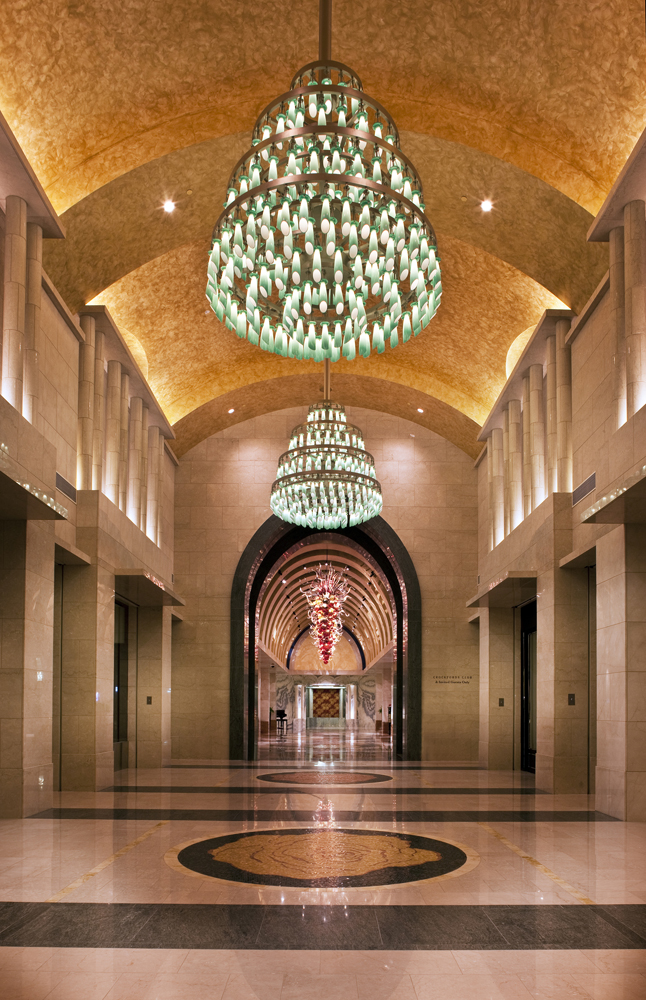 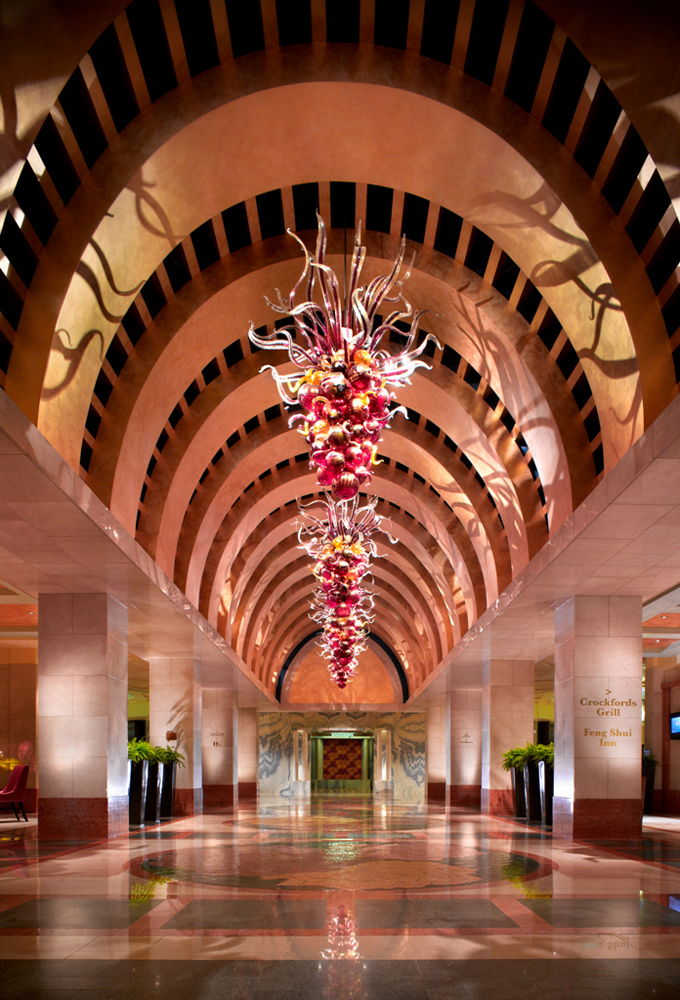 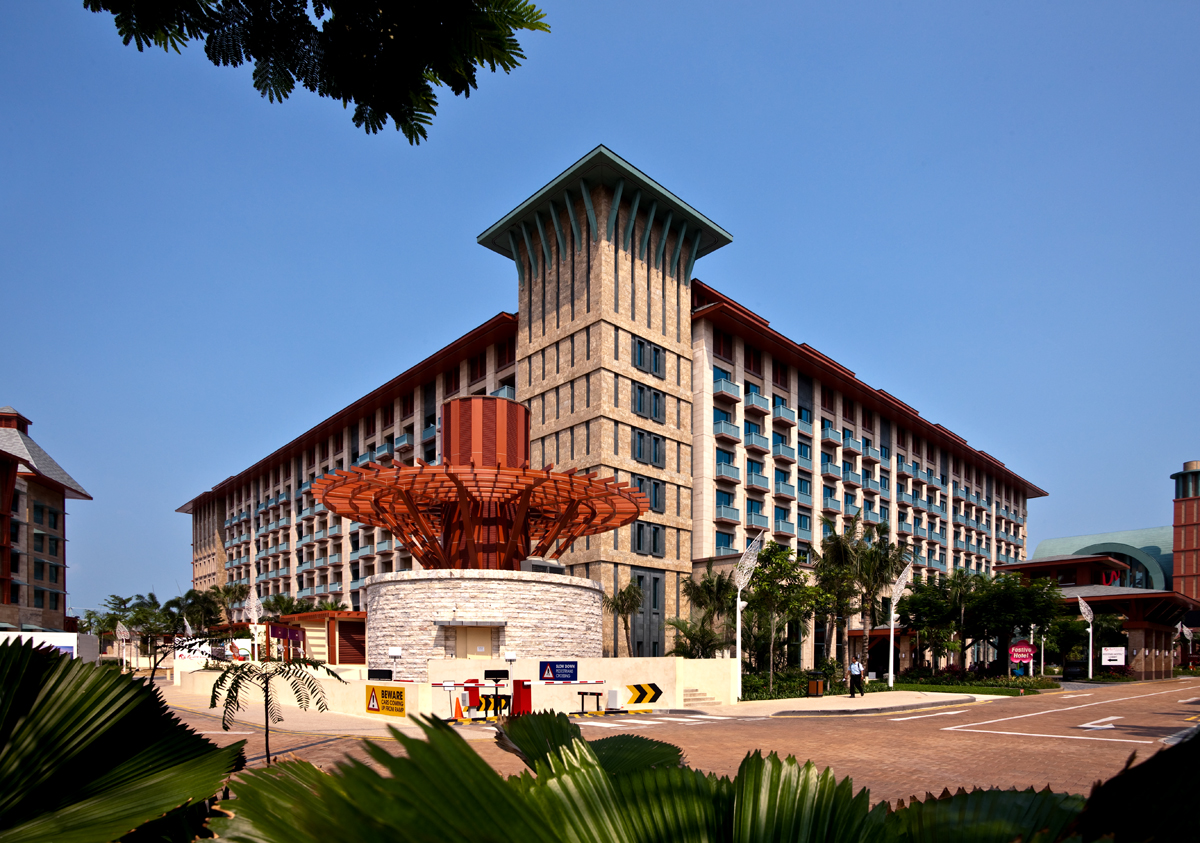 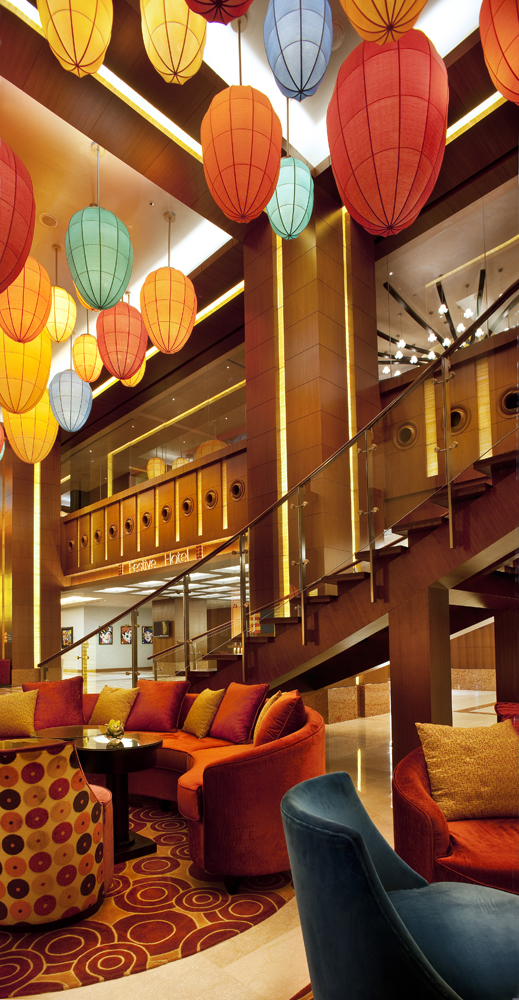 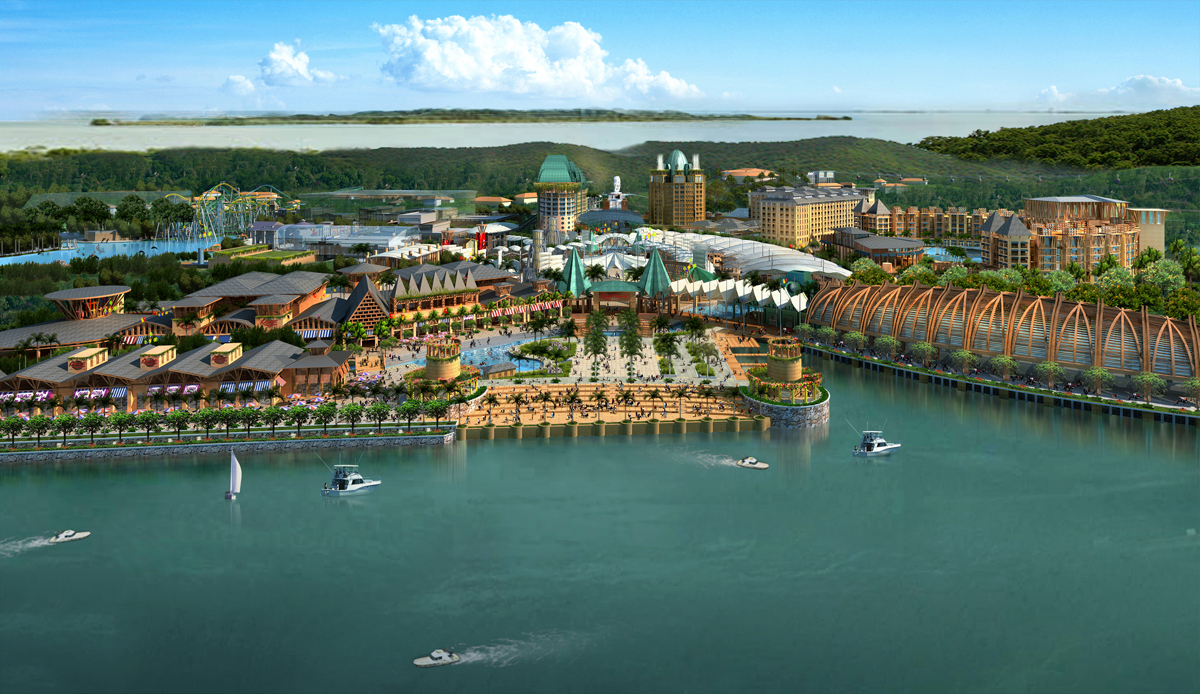 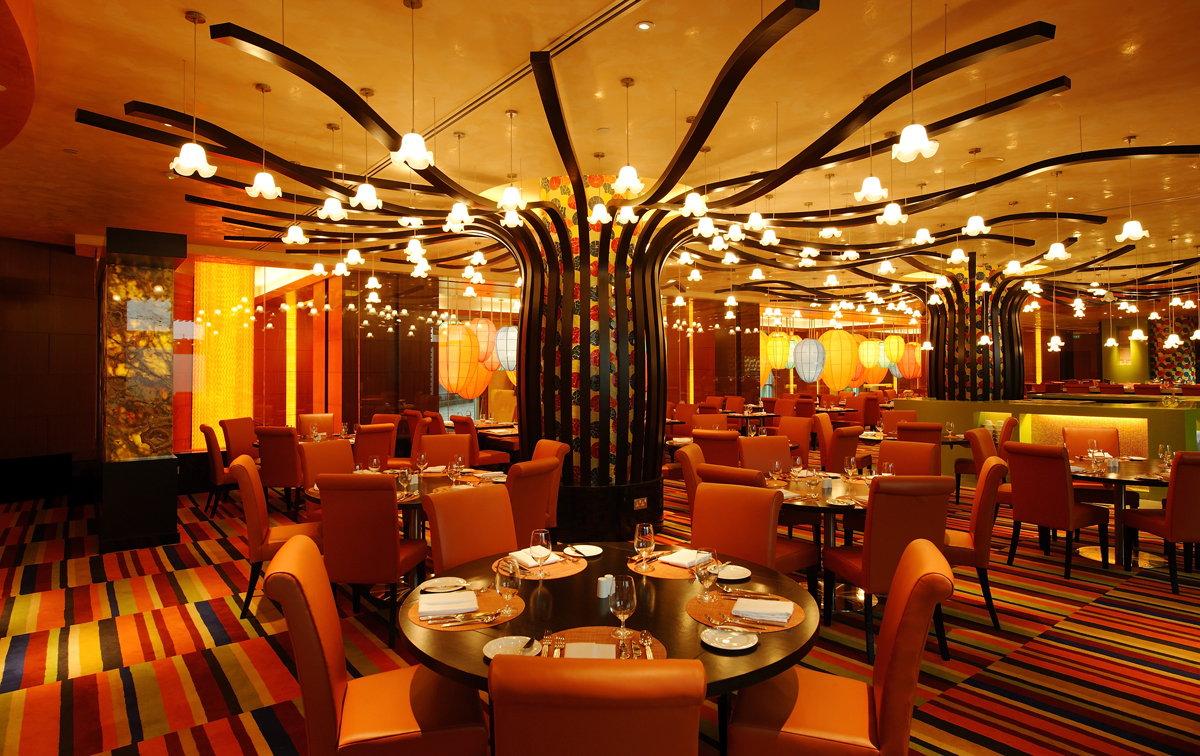 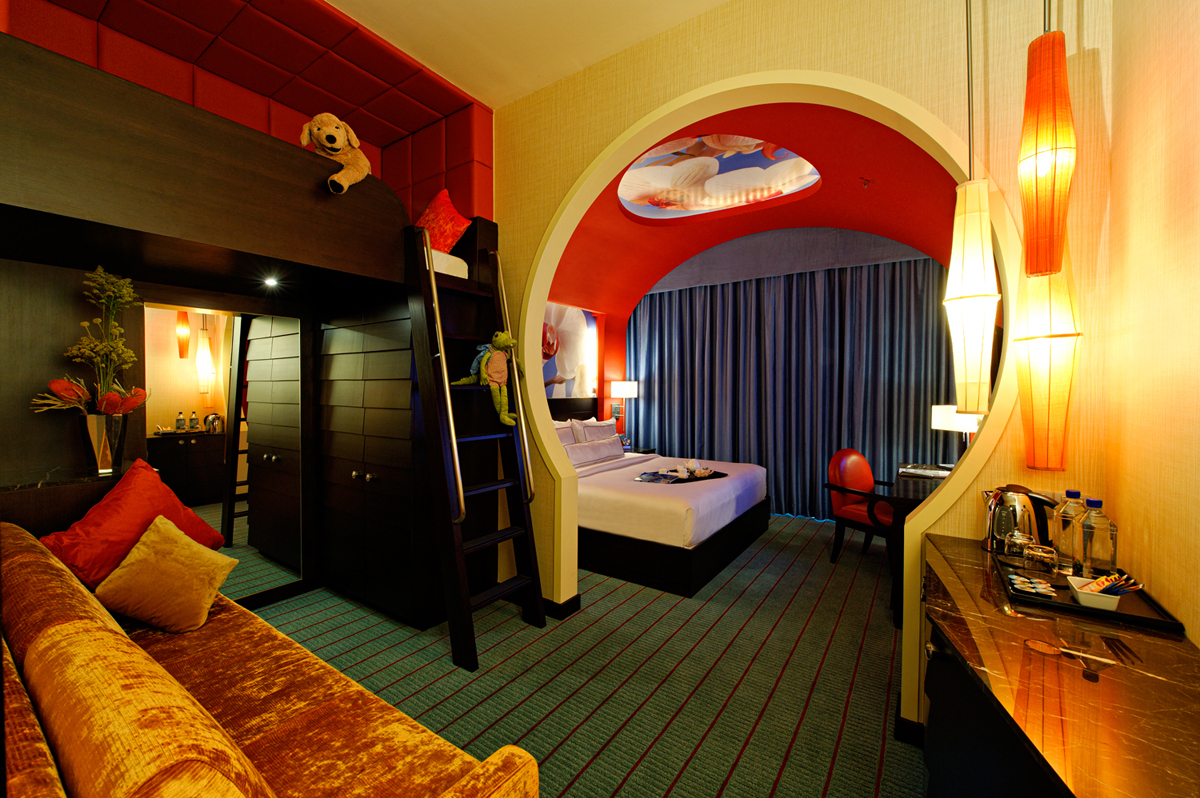 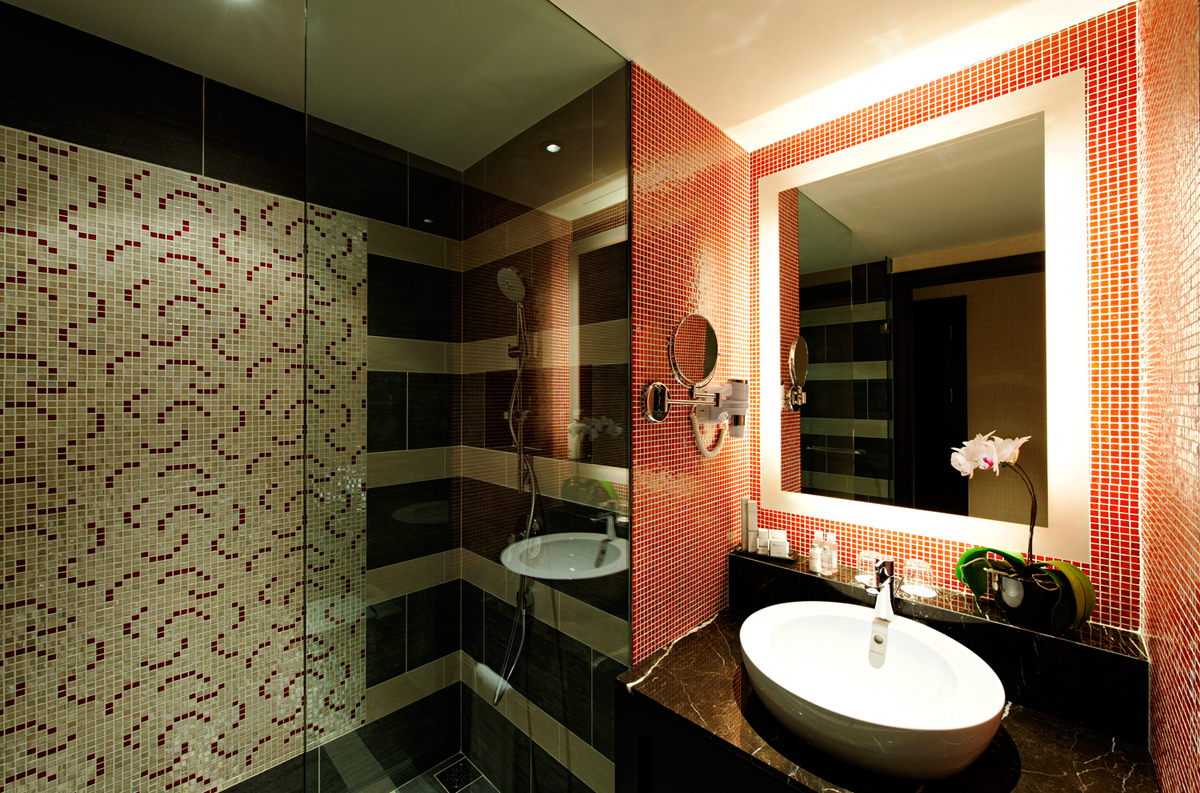 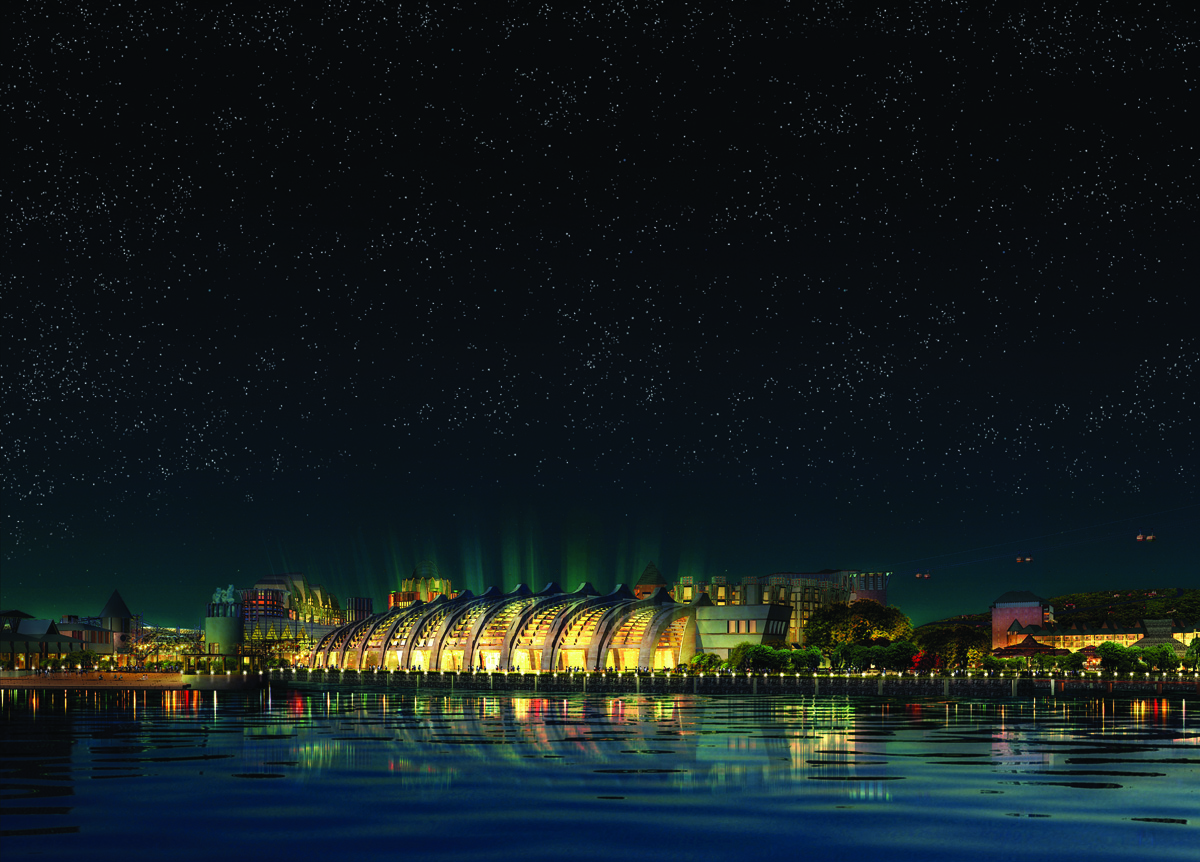 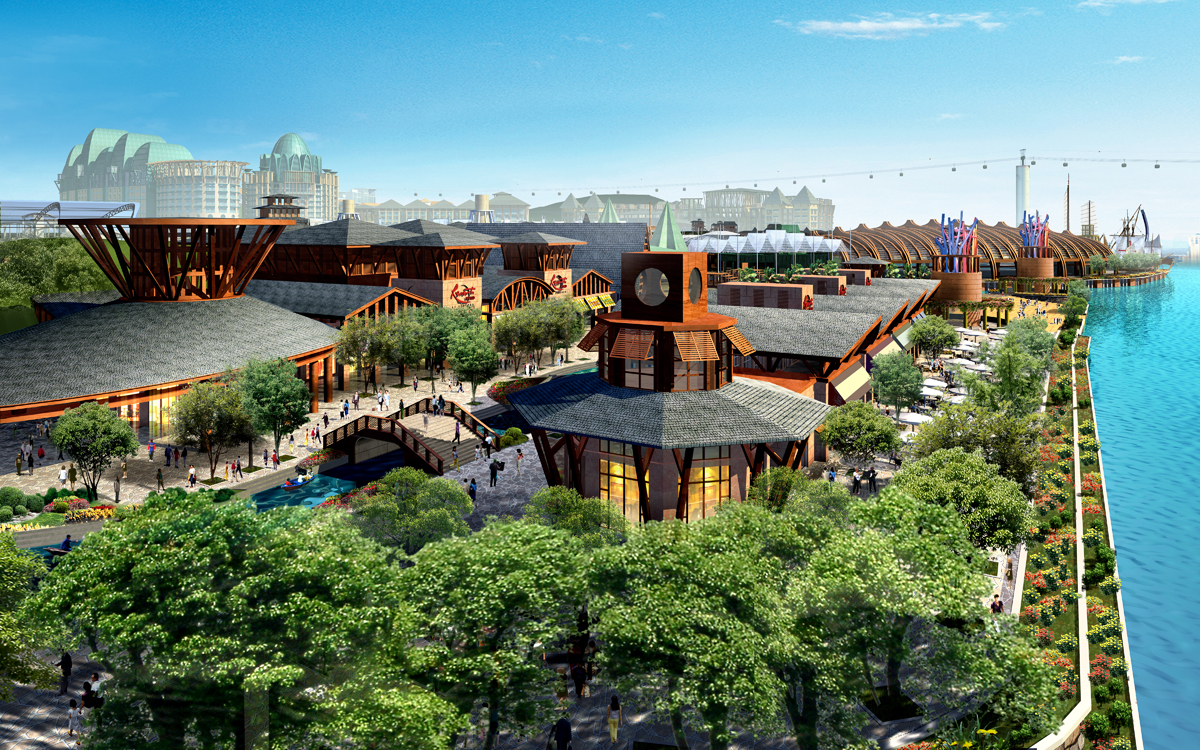 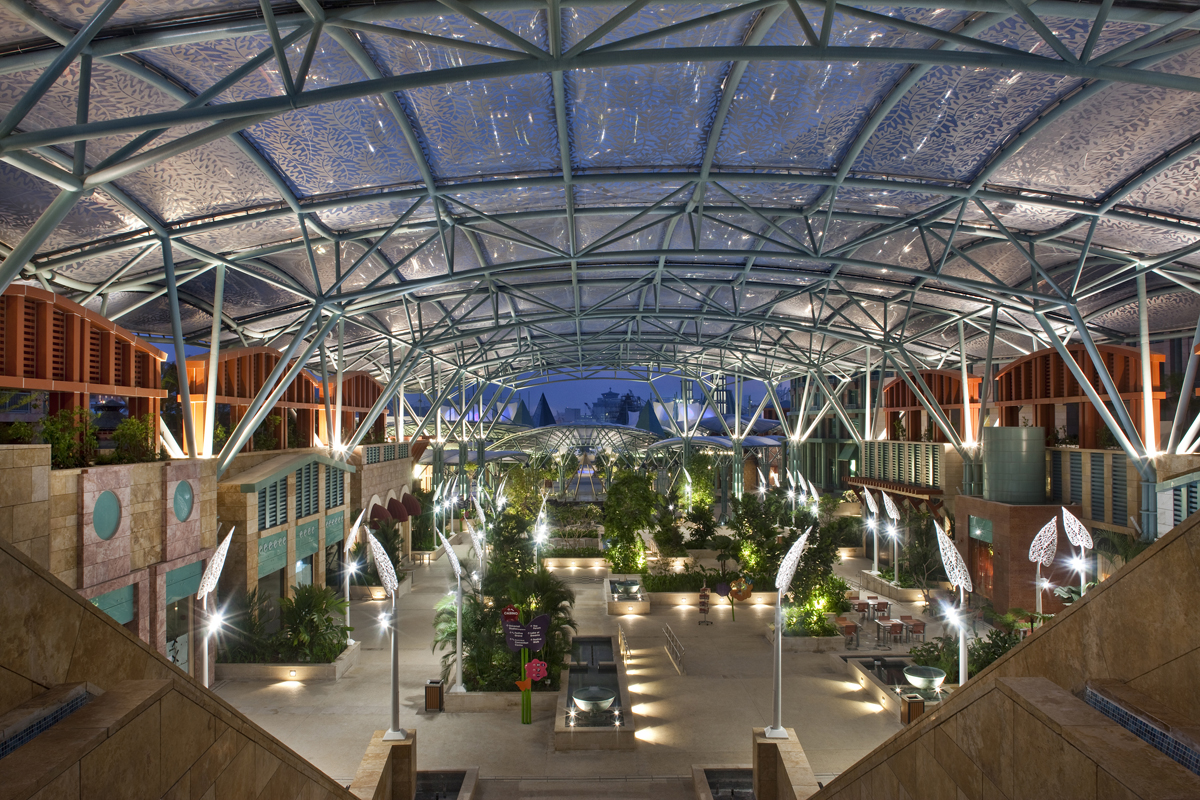 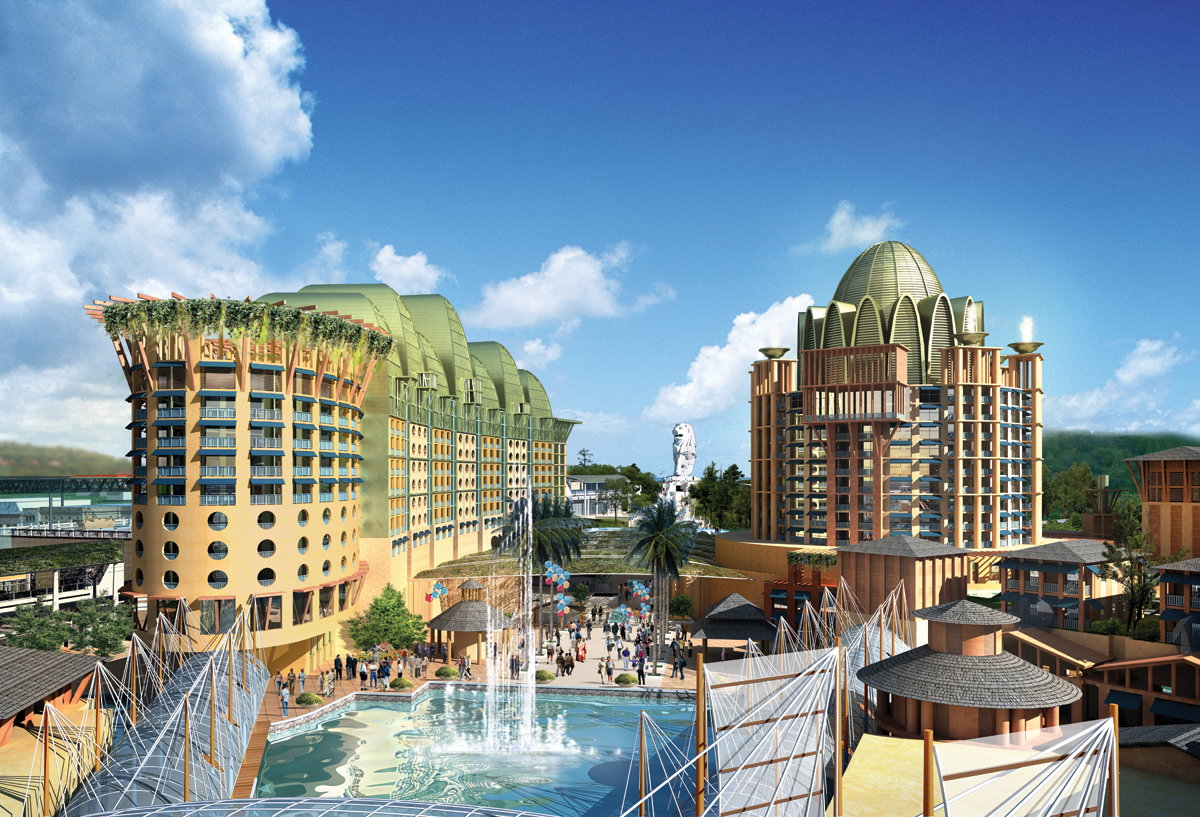 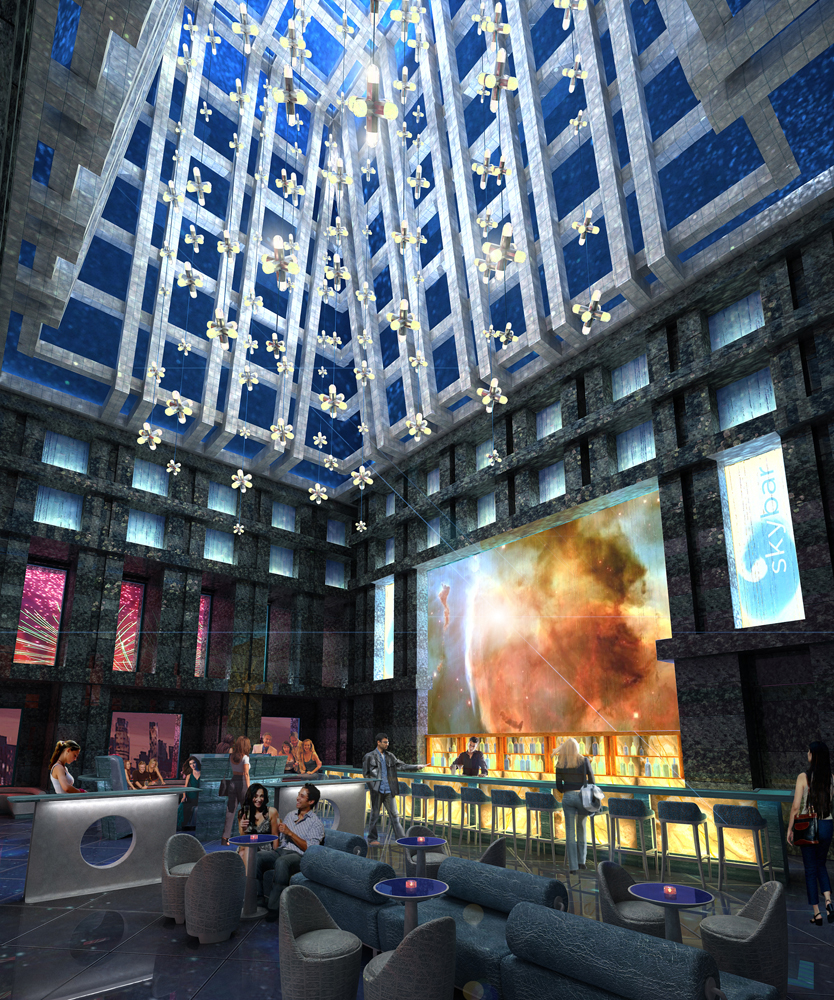 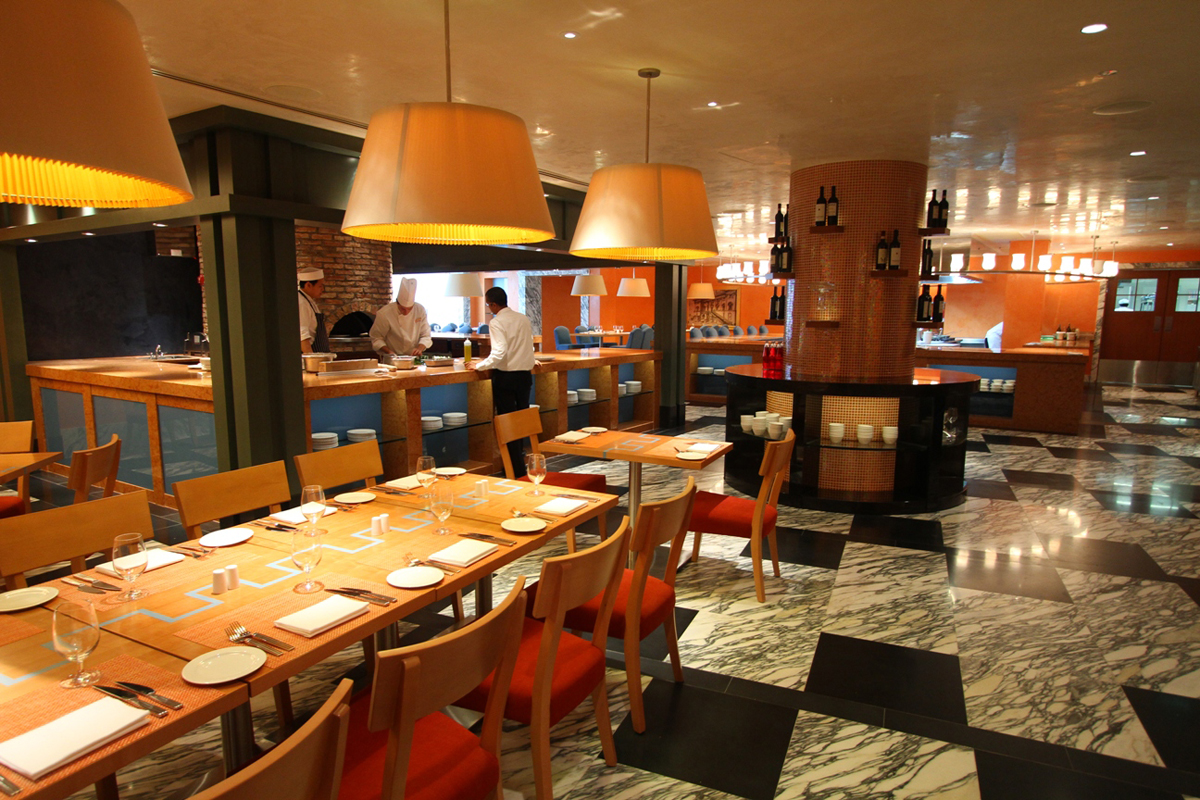 An Urban Sanctuary in Chicago's Loop

Last year, on the northeast corner of Sentosa Island, just off the southern coast of Singapore,  Michael Graves & Associates...