Living on the Edge near Frank Lloyd Wright’s Fallingwater

Instead, they chose to look at the land and the views when it came time to design a series of four new dwelling units for students and educators studying Frank Lloyd Wright’s masterpiece.

“We wanted to be modest and light on the land,” says Bill James, architectural designer at Bohlin Cywinski Jackson. “We were responding to the place – it’s a higher, more arid location, with breezes up from valley below. There’s a little more exposure than Fallingwater – it’s unique to its place and circumstance.”

Placed between forest and field, the new units are perched on the edge of nature. “There’s a threshold condition in terms of the physical nature and views and the way it wraps back into the forest and also frames the view of the meadow and a series of ridges beyond,” says Kent Suhrbier, senior associate at the firm. “It’s a rolling part of western Pennsylvania, with very green rolling ridges.”

The High Meadow Dwellings are also connected to that split level on site, with a new screened porch that can seat as many as 30 for gatherings. The split-level got some exterior updates, too. It’s still in use, housing as many as eight more students or educators. But these new spaces are about the outside, not the inside.

“They’re kind of stitched together into this central nexus space,” James says. “It’s more an outdoor experience, rather than internal – it encourages people to be outside to experience the beauty of that place.”

The new units are lifted up off grade, so they sit high off the meadow with the ground sloping away. They’re clad in spruce that was originally planted by Fallingwater’s owners, then harvested, milled on site and treated with black pine tar.

“They create an interplay between light an void – they’re a screening element of the new addition and the north face of the existing structure, weaving the two together,” he says.

Together, they bring new meaning to the concept of living on the edge. 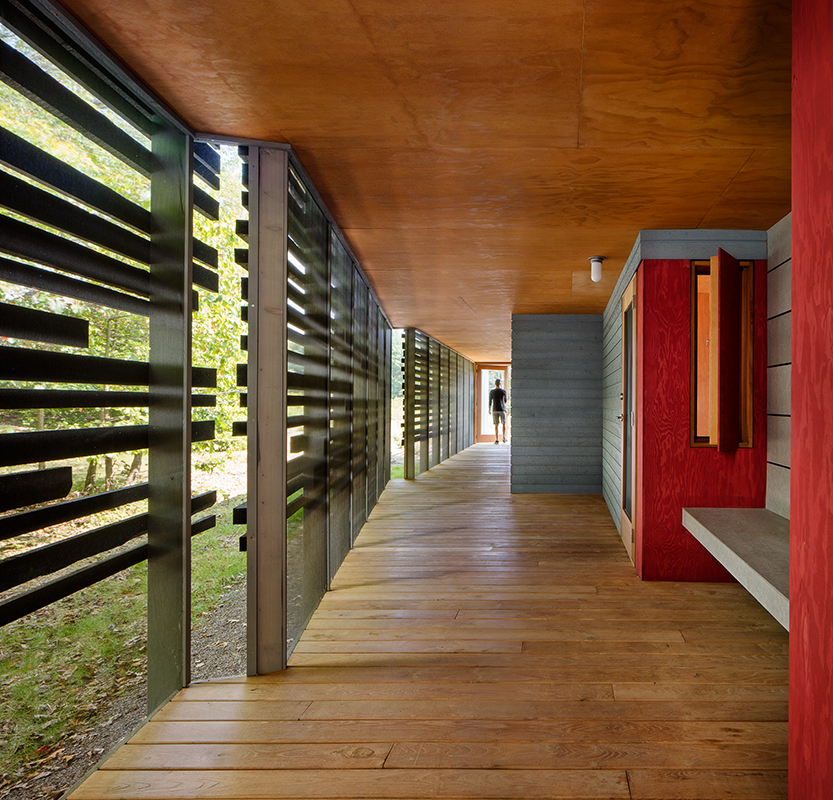 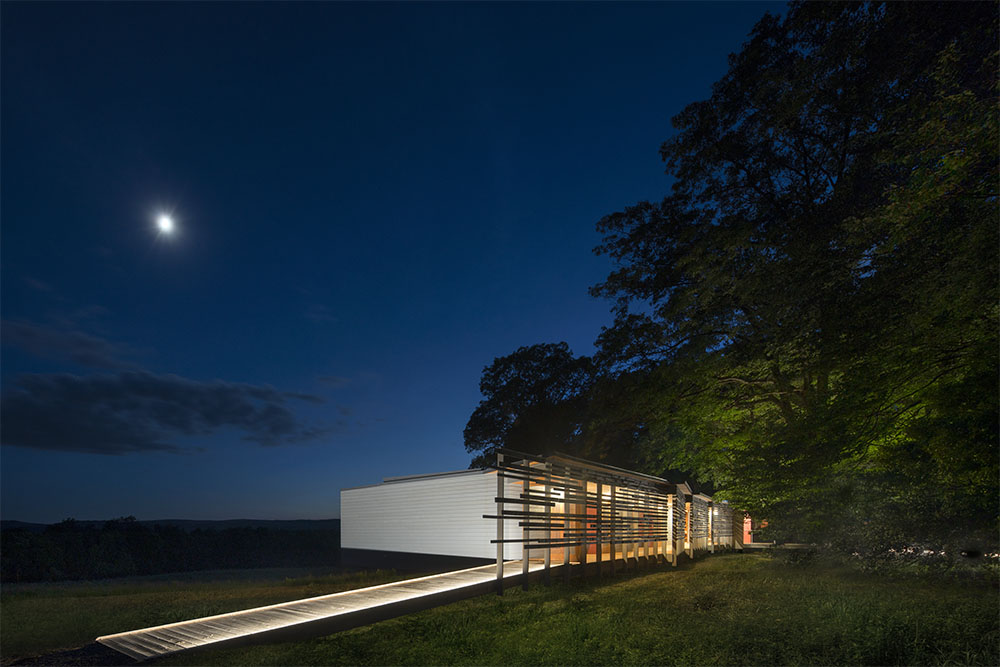 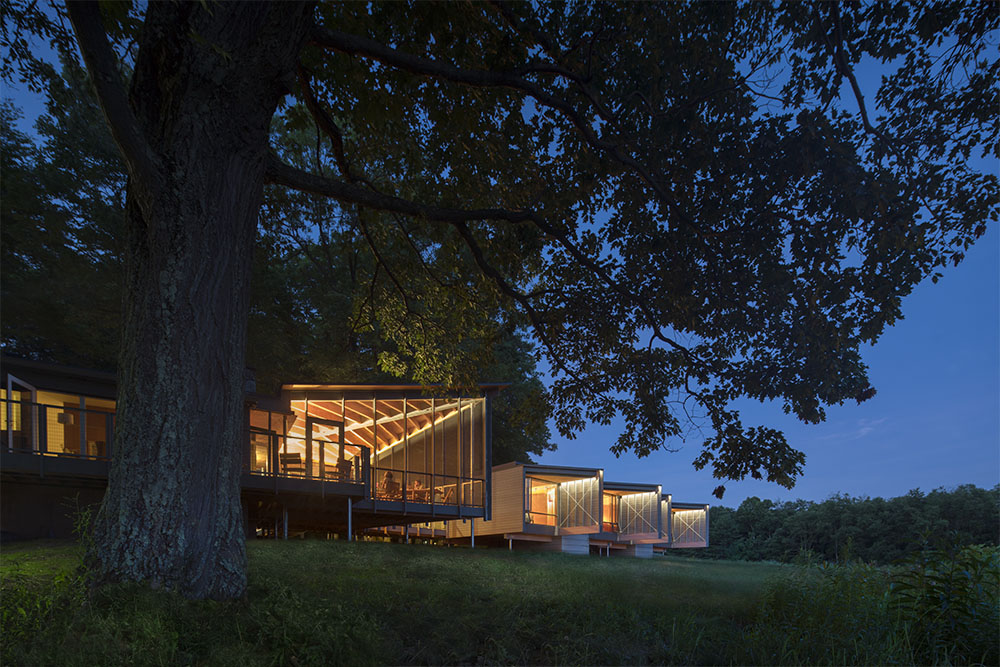 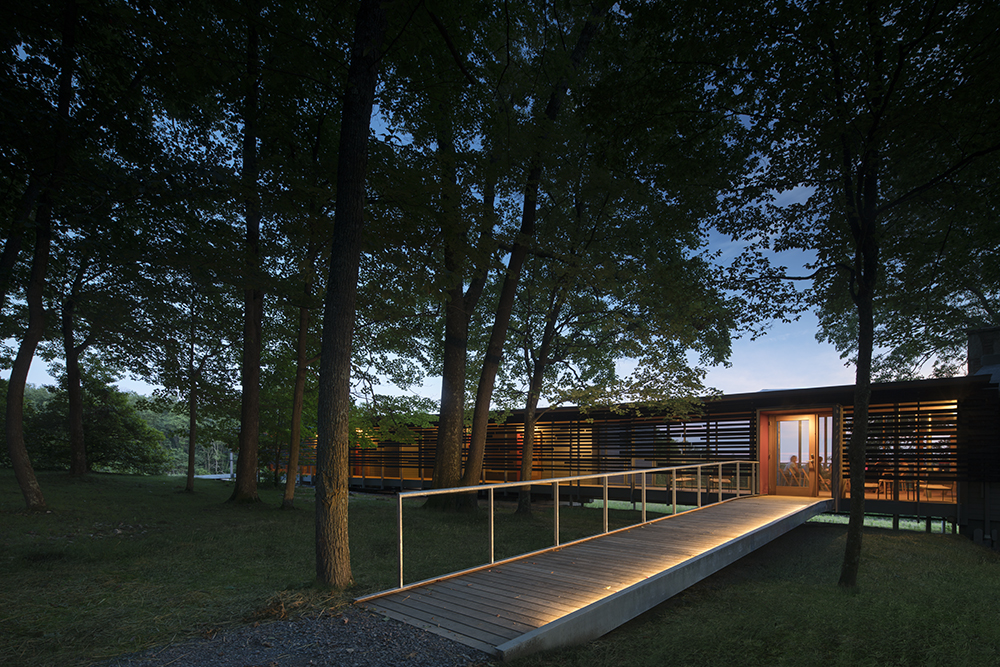 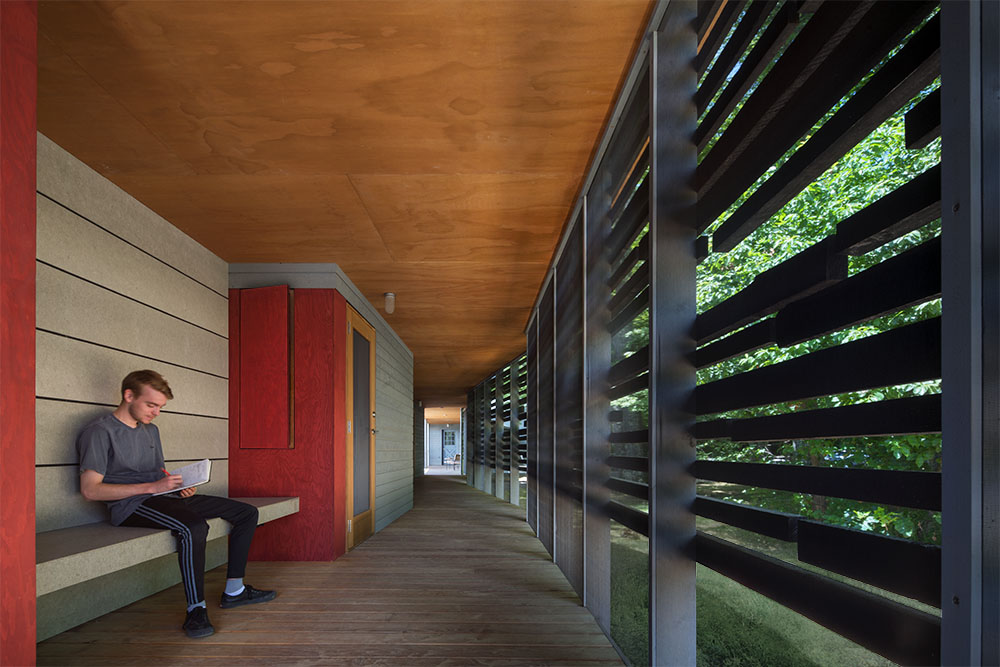 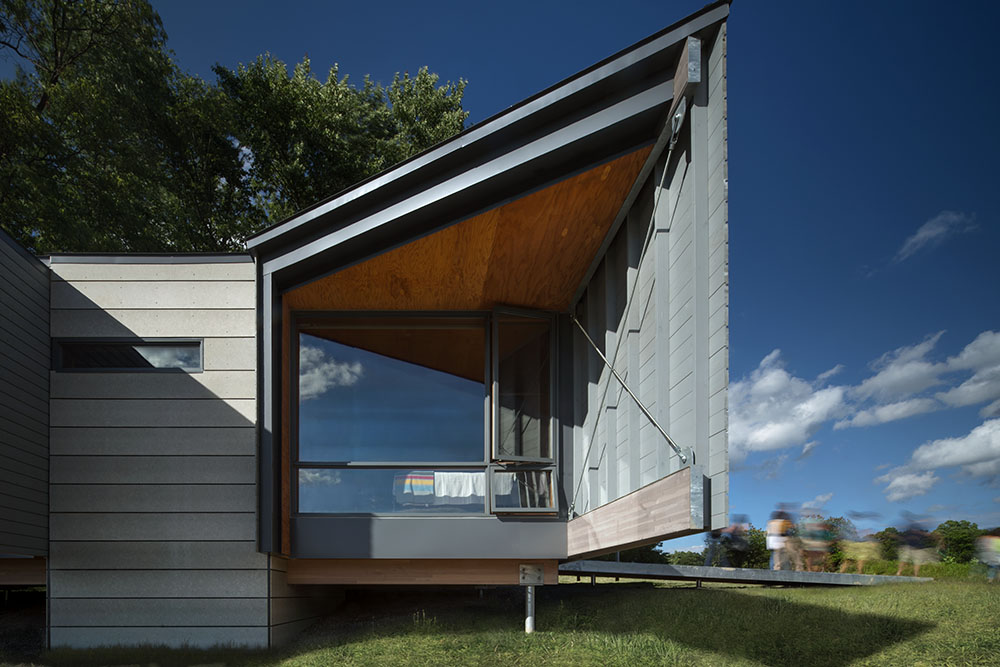 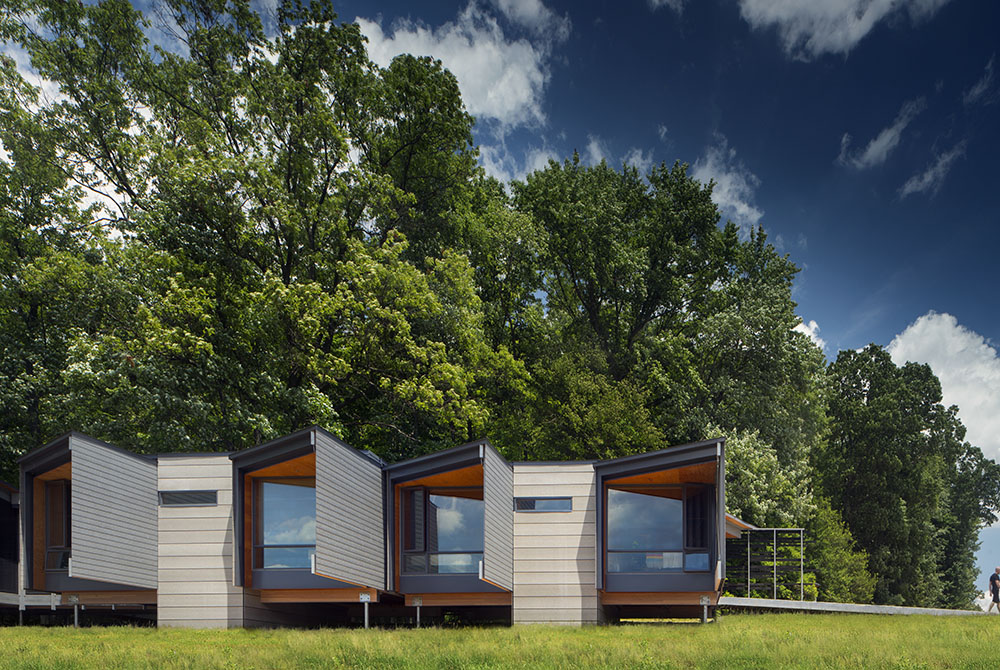 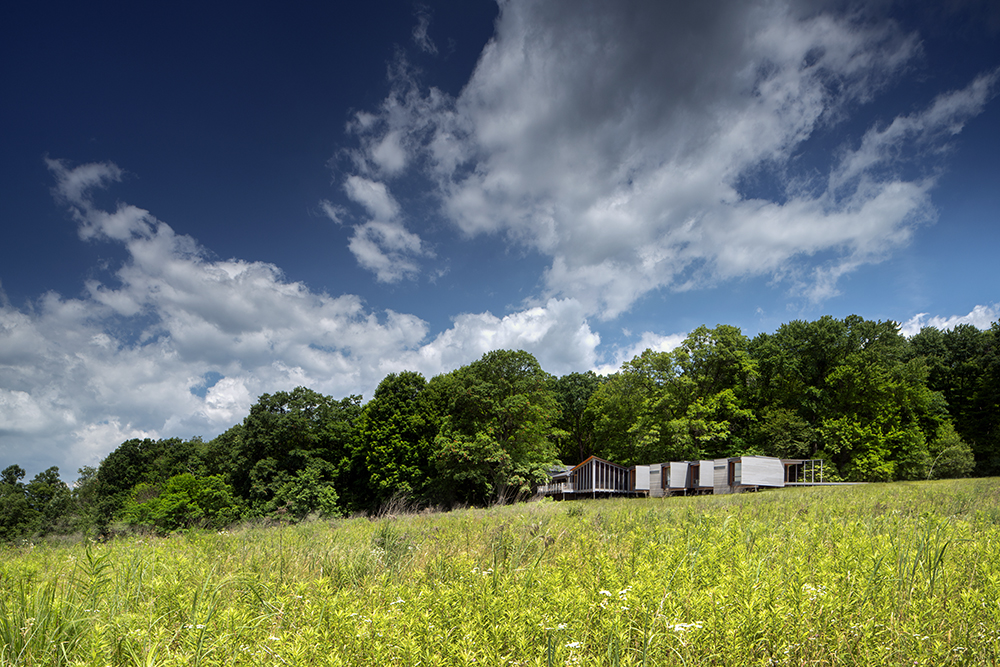 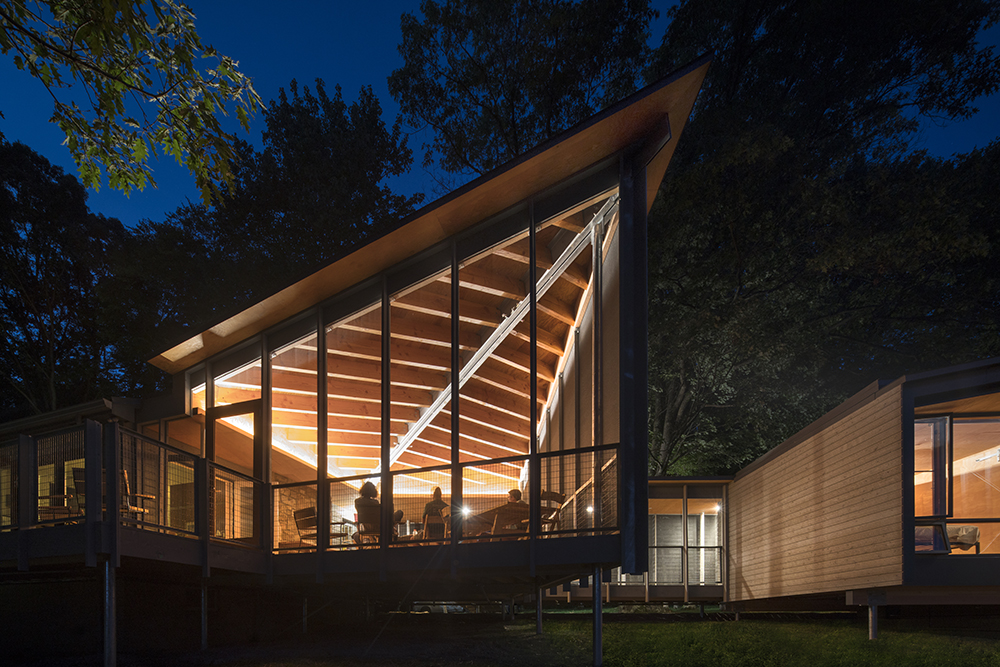 Lead photo by Alexander Denmarsh; all others by Nic Lehoux/Bohlin Cywinski Jackson 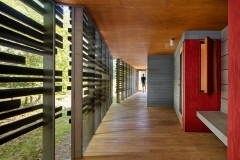 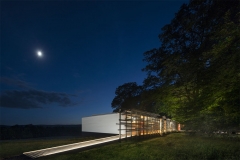 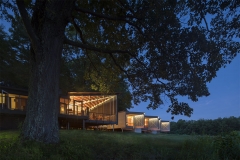 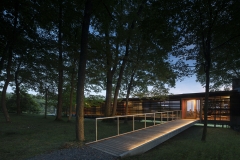 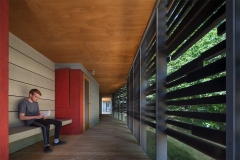 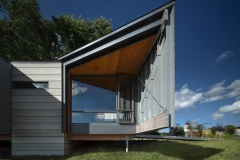 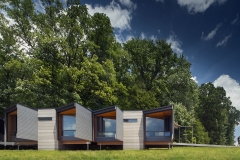 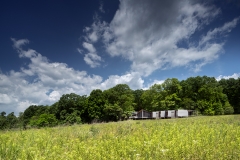 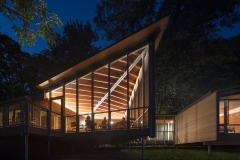 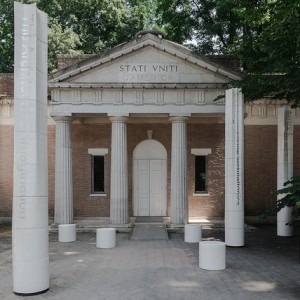 For the City of Detroit, the timing could not be better. After a much-publicized run at the Venice Architecture Biennale...