One of Chicago’s best is now on prominent display, 24/7.

Designed and built by Burnham & Root in 1888 after the Great Chicago Fire, with a lobby remodeled by Frank Lloyd Wright in 1905, the 12-story building is an iconic presence in the city’s Loop.

“During the day, there are a huge number of visitors to the building because of its historic nature and architectural features,” says T. J. Brookover, director of property management for the John Buck Company, manager of the property.  “We wanted the tenants, the people of Chicago and visitors to the city to be able to appreciate the view of the building at night as well.”

The Rookery’s status as a national, state and local landmark posed some challenges for the lighting project.  But because of custom-mounted brackets developed to fit into its window sills, the lighting fixtures seem almost to disappear into the building itself.   Zumtobel, the Austrian-based lighting fixture company, custom designed the compact fixtures to light up the structure with a minimum amount of electricity.

“It was losing its identity at night because of its exterior made of dark red masonry, brick and granite,” he says.  “Everything disappeared.  We put lights on the third, fifth and 11th floors to subtlety enhance the detailing and the architecture of this landmark, and now it comes alive at night.”

The building draws on a Richardsonian Romanesque architecture, with a facade that combines Roman Revival, Byzantine, Moorish and Queen Anne styles.Roman  Because its uses both iron framing and masonry walls, it marks a late 19th-century transition from masonry load-bearing structures to steel skeleton load-bearing structures, and heralds the advent of modern architecture.

For more on the Rookery, go to http://www.therookerybuilding.com/building-history.html 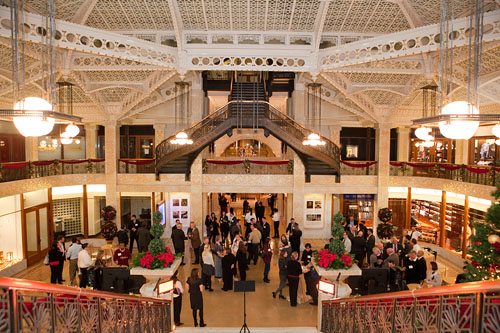 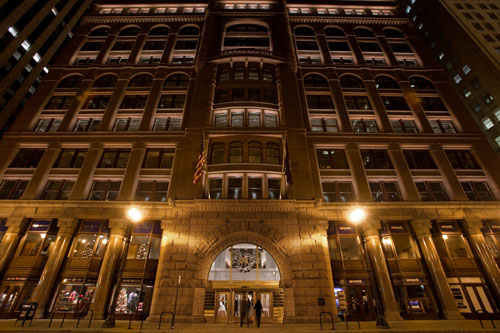 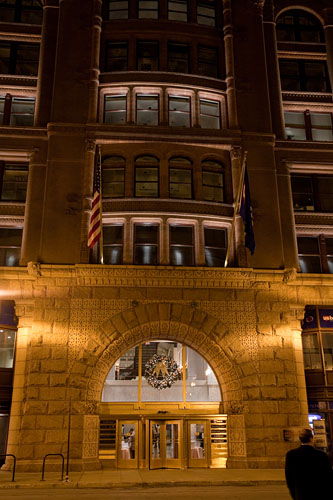 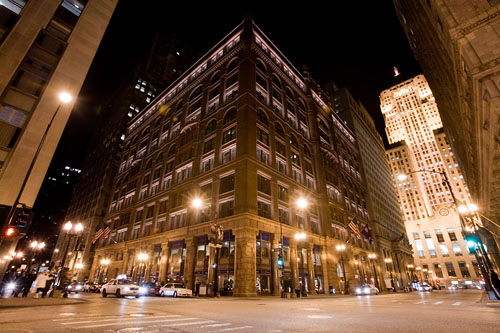 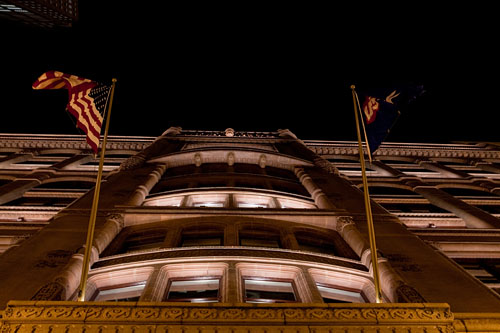 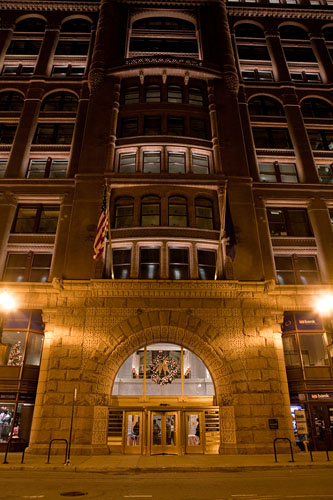 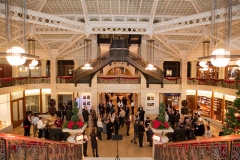 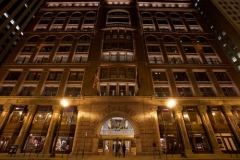 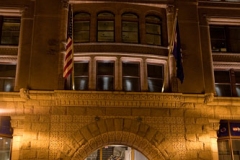 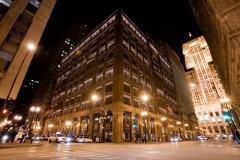 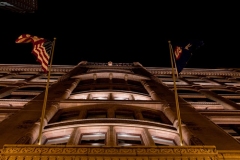 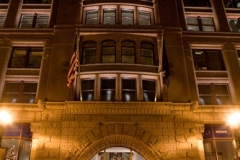 This is such great news! The Rookery is a treasure. Excellent photography!