Pity the life of the jet-setting business consultant.

On the road or in the skies constantly, seeking to save one sinking government or corporation after another –  on each of the seven continents – they’re barely able to touch down in an office long enough to call it home.  Even the ubiquitous family photos are no longer found framed on their desks, but instead are uploaded to their electronic device of choice.

So designing a series of 100 square-foot offices – spaces that were neither too large nor overly protective – was the challenge presented to Jim Childress of Centerbrook Architect and Planners in Centerbrook, Conn.

“They wanted something warm and friendly, not corporate, steel and glass,” Childress said.  “The idea was to make something a little playful, with a sense of humor – something family oriented.”

The owners of the spaces are rarely around – about 20 percent of the time, just long enough to catch up on emails or phone calls, and to print a document or two.  For the rest of the time, their spaces are used by others in the firm.

It’s as though their offices serve as little more than docking space.

“I have to say that if you look at it from above, it looks like boats floating in a river.  It was that way in my subconscious when I drew it,” Childress said.  “It’s your boat, but you can pick it up and move it.  They’re like gypsies – they dock someplace for a few days, then pull up stakes and go somewhere else.  They’re working all over the world.”

Communal spaces for catered meals feature a bar and a fireplace, with indoor areas converging with outdoors.  “It needed to be friendly,” he said.  “They wanted a warm New England feel for it.”

What they got was a home, floating though it may be, away from home. 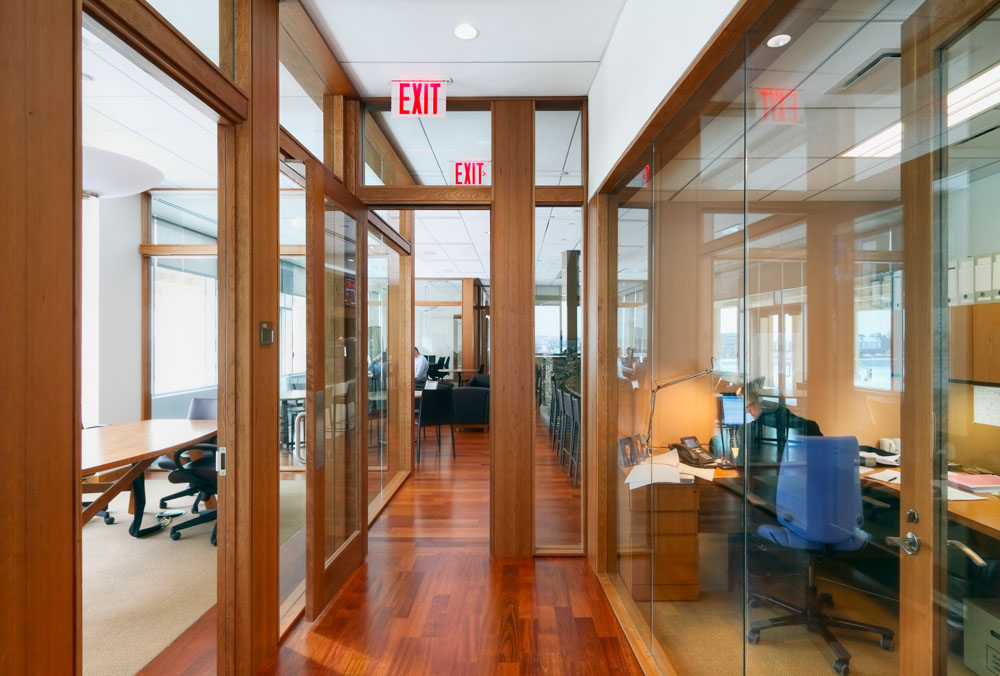 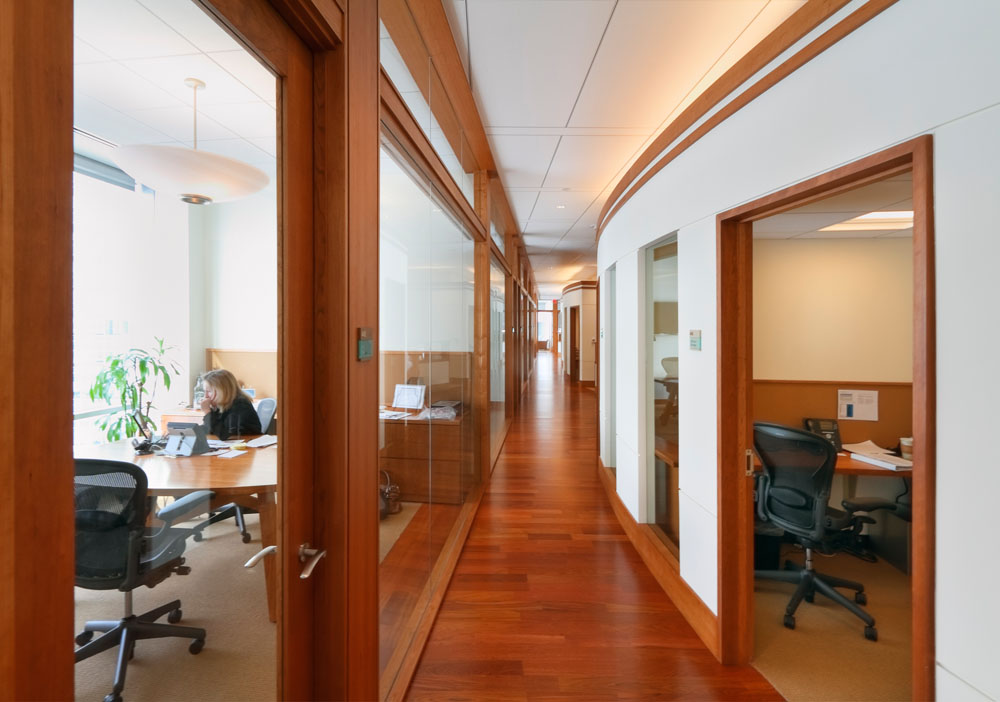 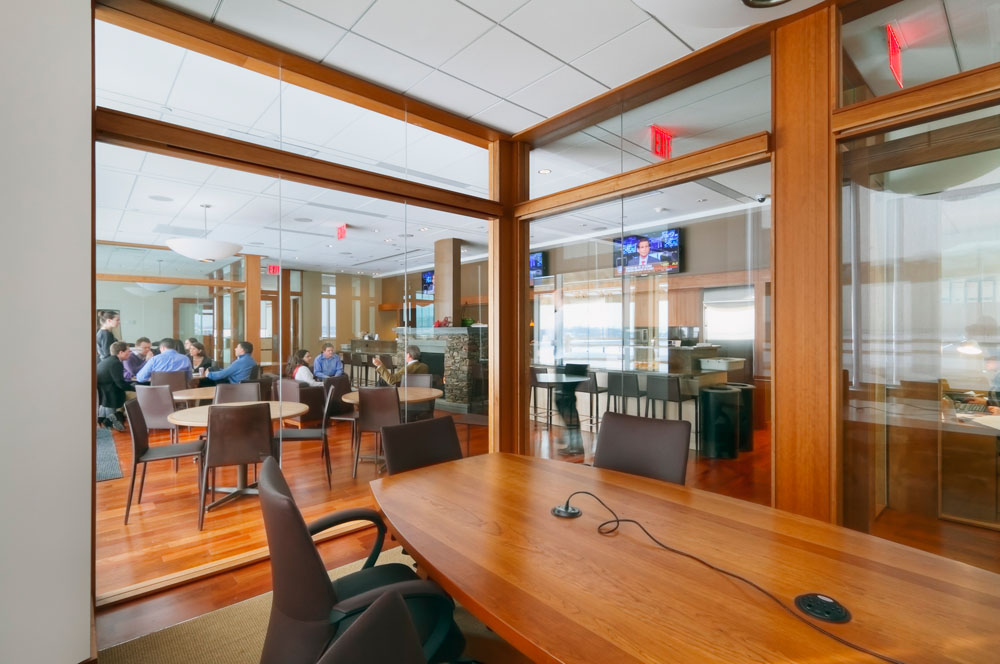 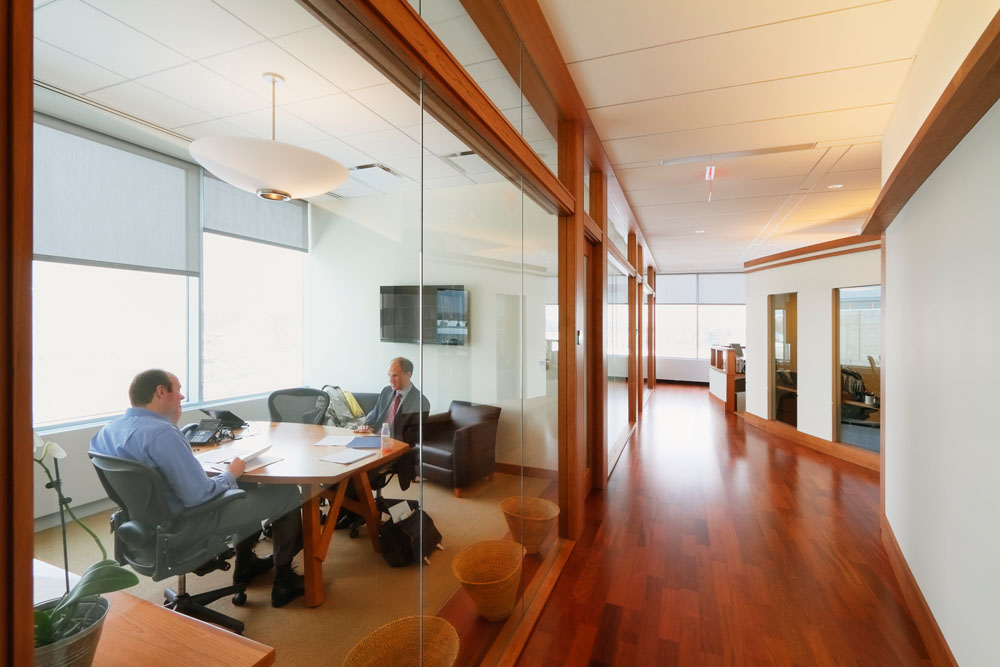 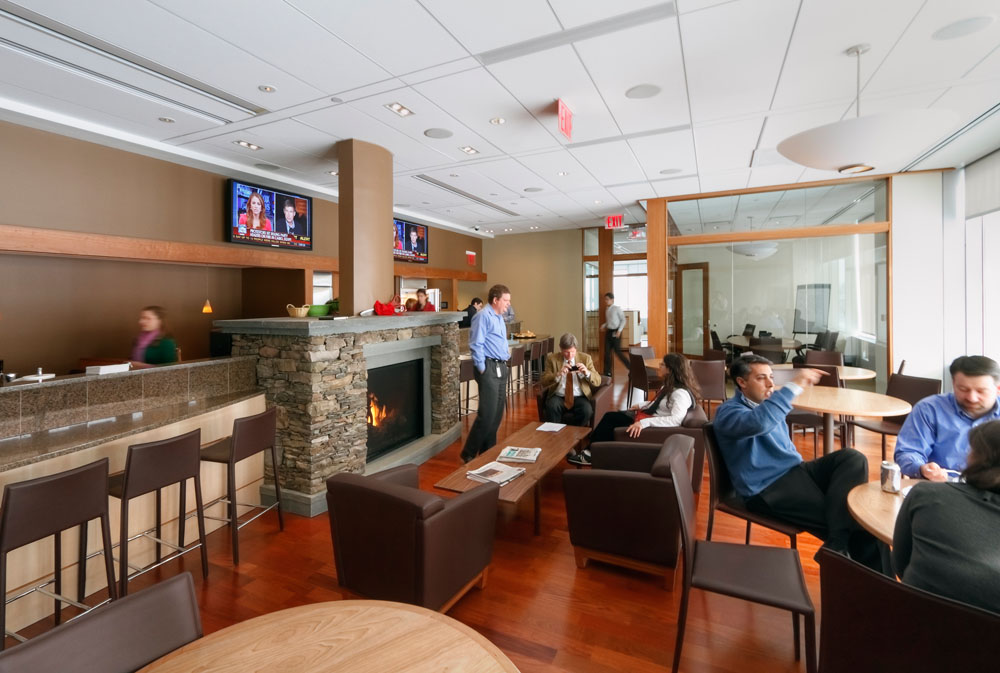 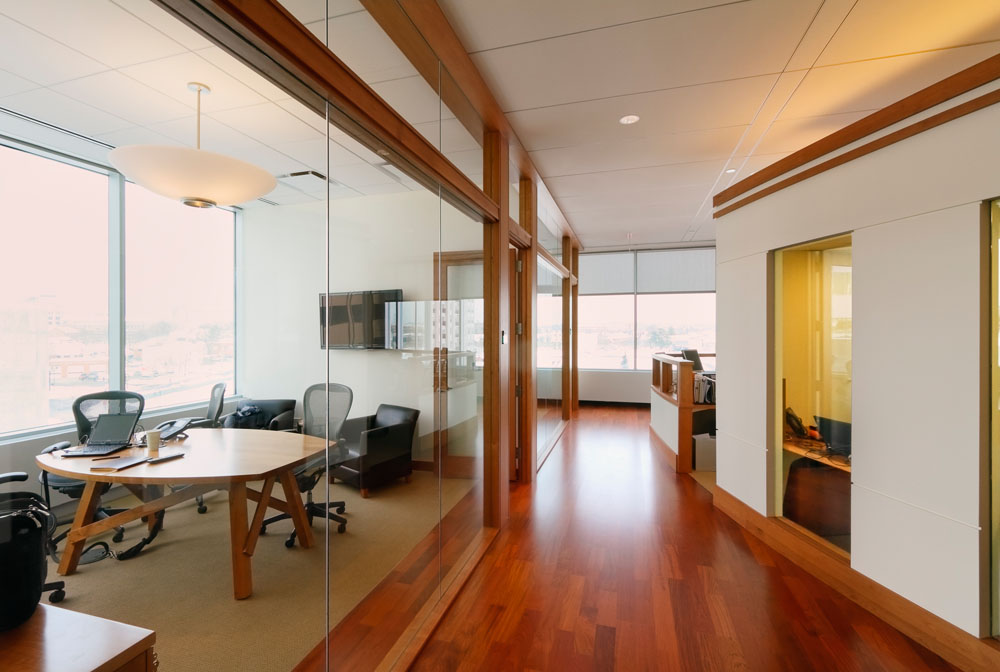 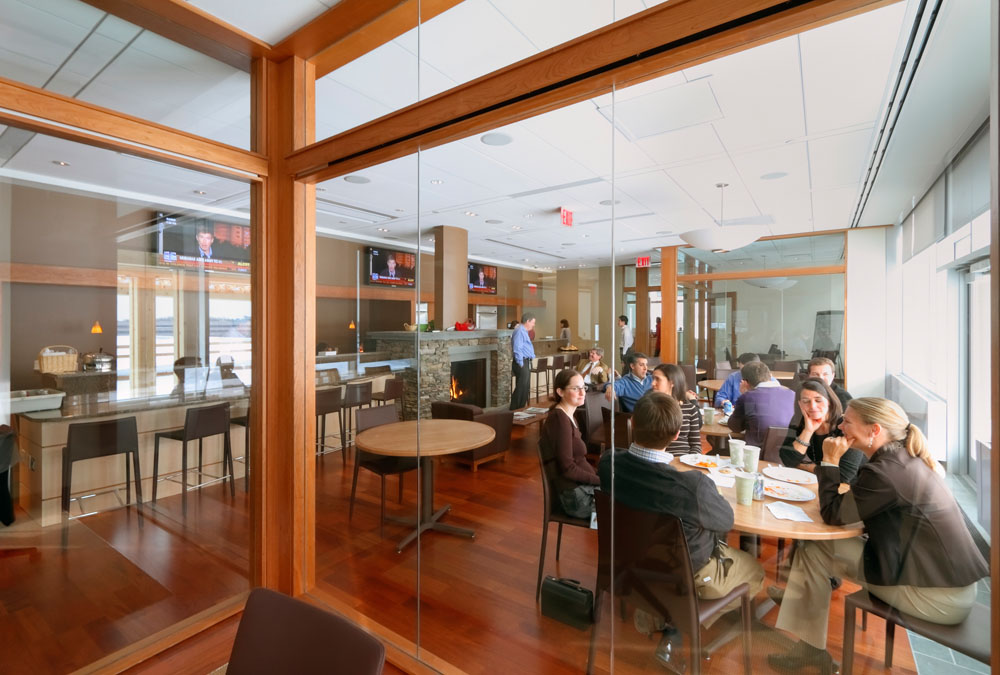 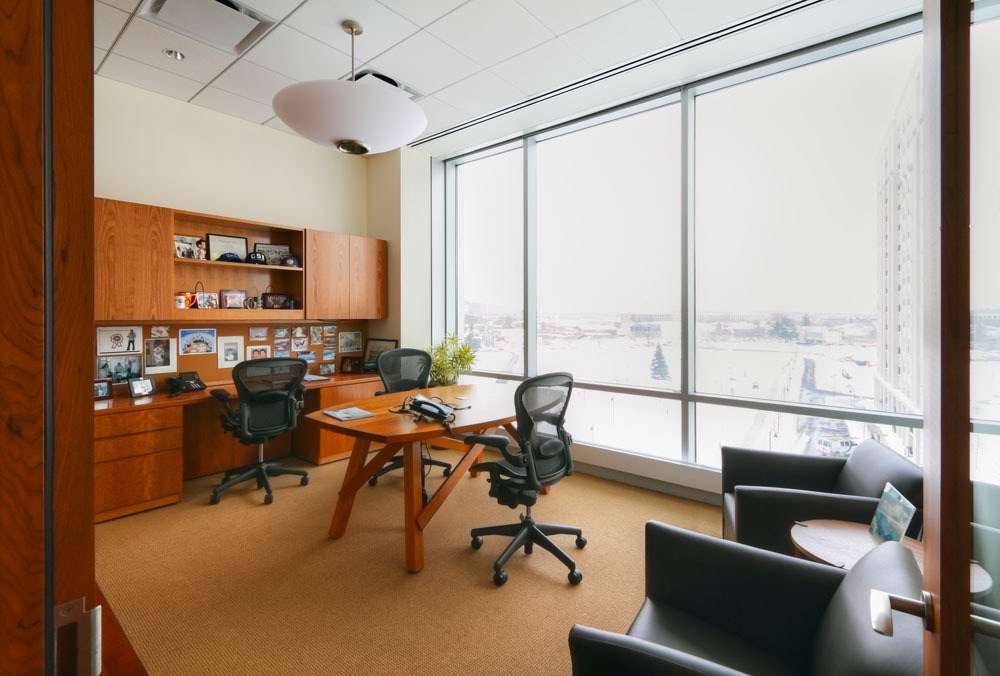 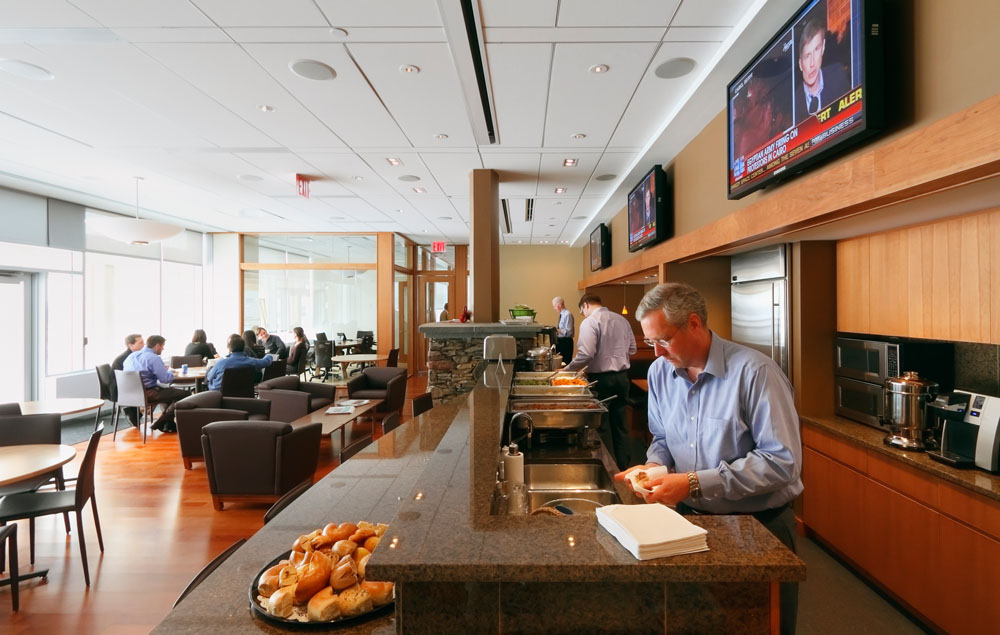 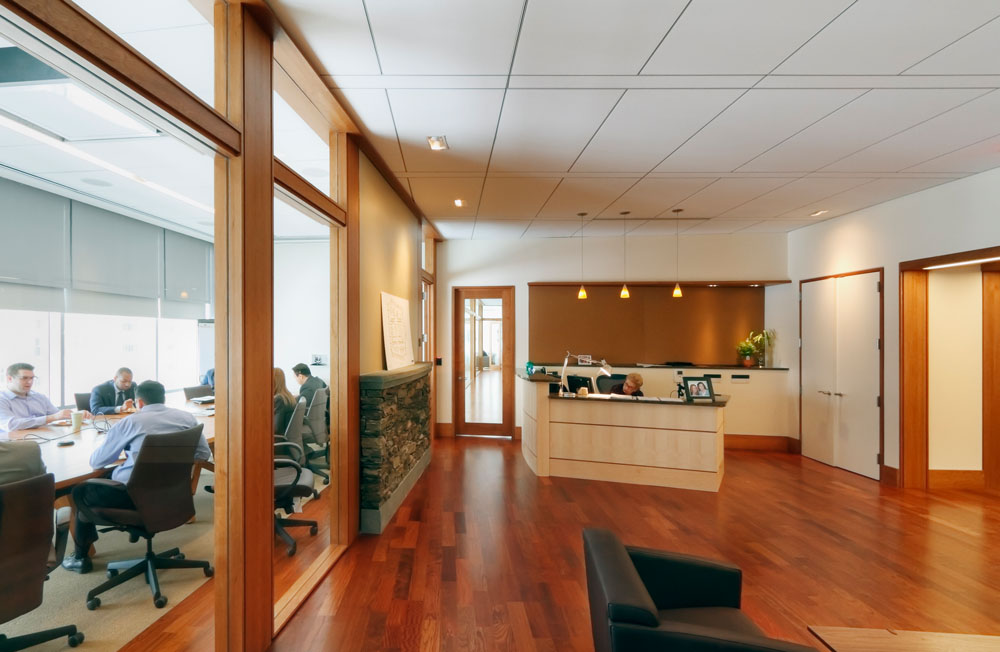 Shelter Redefined in the Swiss Alps

In Paris, Restoring a Masterpiece

Shelter Redefined in the Swiss Alps

Up in the Herens district of the Swiss Alps, perched like an outcropping of rock on a mountainside, a former cattle barn...