In Washington, a Celebration of I. M. Pei’s Centennial

On Wednesday, April 26, Pritzker Prize-winning architect I. M. Pei will turn 100, and one of his most celebrated projects will be home to a celebration of his work. The recently renovated and expanded East Building of the National Gallery of Art in Washington, D.C. will honor him with a 3:30 P.M. talk about his legacy by Susan Wertheim, chief architect for the National Gallery of Art. She’ll be joined by Pei’s longtime associate, Perry Y. Chin, who worked on the renovation and expansion in consultation with Pei. A+A was fortunate enough to interview Ms. Wertheim by phone this morning, and will publish her responses to our questions in two parts, today and tomorrow:

Why is the East Building so important to Washington, D.C. and the nation?
This building should be important because it is the nation’s gallery of art. And the building and the art belong to the people of the United States. The original National Gallery West Building was built with funds from Andrew W. Mellon. The East Building was built with funds from his son Paul Mellon and daughter Ailsa Mellon Bruce, with funds from the Andrew W. Mellon Foundation. When both buildings were built, they was oversized in comparison to the collection. And so the collection had to grow to fill the building. They did that purposely to inspire other collectors. It is our cultural patrimony. The U. S. government cares for the buildings and collections, operates and supports the mission, and protects the gallery and the collection. But it’s free and open to the public. It is accessible to all. It is not a class-based experience.

What was Pei’s intent with his design?
I think he was trying to face the challenge of a site reserved on the National Mall between the West building and the Capitol. It was an expansion based on a need for research. Paul Mellon had a vision for research into the visual arts. Pei wanted to appeal to a broad range of people – to come in and stay, not look around and leave. It’s modern, reflecting the time it was built, and open and democratic. One of the things I love about it is that the entrance is not monumental like older, classical buildings on the Mall. With this building, you walk up three or four steps and walk in. Like Pei, it’s very open and warm.

His inspiration?
I graduated from architecture school in 1980, when modernism was in full swing. Postmodernism was coming up, but Pei was a true modernist, and didn’t look for inspiration in classical buildings. He looked for inspiration in the program the site and the people who would come to the building. He was also inspired by J. Carter Brown and Paul Mellon. All three were very visionary. He was driven by the need to think about abstraction, modernism, and a rigorous geometry. He himself said that he’s not a “style” type of architecture. In that way, he’s not like Frank Gehry.

How did the site drive the design?
The site drove a lot of his inspiration. He saw it as a big challenge because it was not a rectangle – it’s a trapezoid. Washington, D. C. is a grid disrupted by diagonal avenues via the L’Enfant plan. The number one big avenue is Pennsylvania Avenue and it makes the site a trapezoid. That’s a lot of pressure to fill in that bland space. Pennsylvania Avenue at the Mall connects the Mall to the Capitol. He was struggling with the trapezoid, and in a classic modern solution, he turns a problem into an opportunity. He splits the trapezoid into two triangular structures in his plan. If you look at it from the roof, it’s very clear. There’s a symmetrical triangle where the public comes in. On the less public side is the 19-degree research triangle. Everywhere inside on the floors are marble isosceles triangles. They’re a horizontal organizing element. On the vertical walls is the same stone, a Tennessee pink marble, in running bond to emulate the West building by John Russell Pope.

Tomorrow: What the building achieves 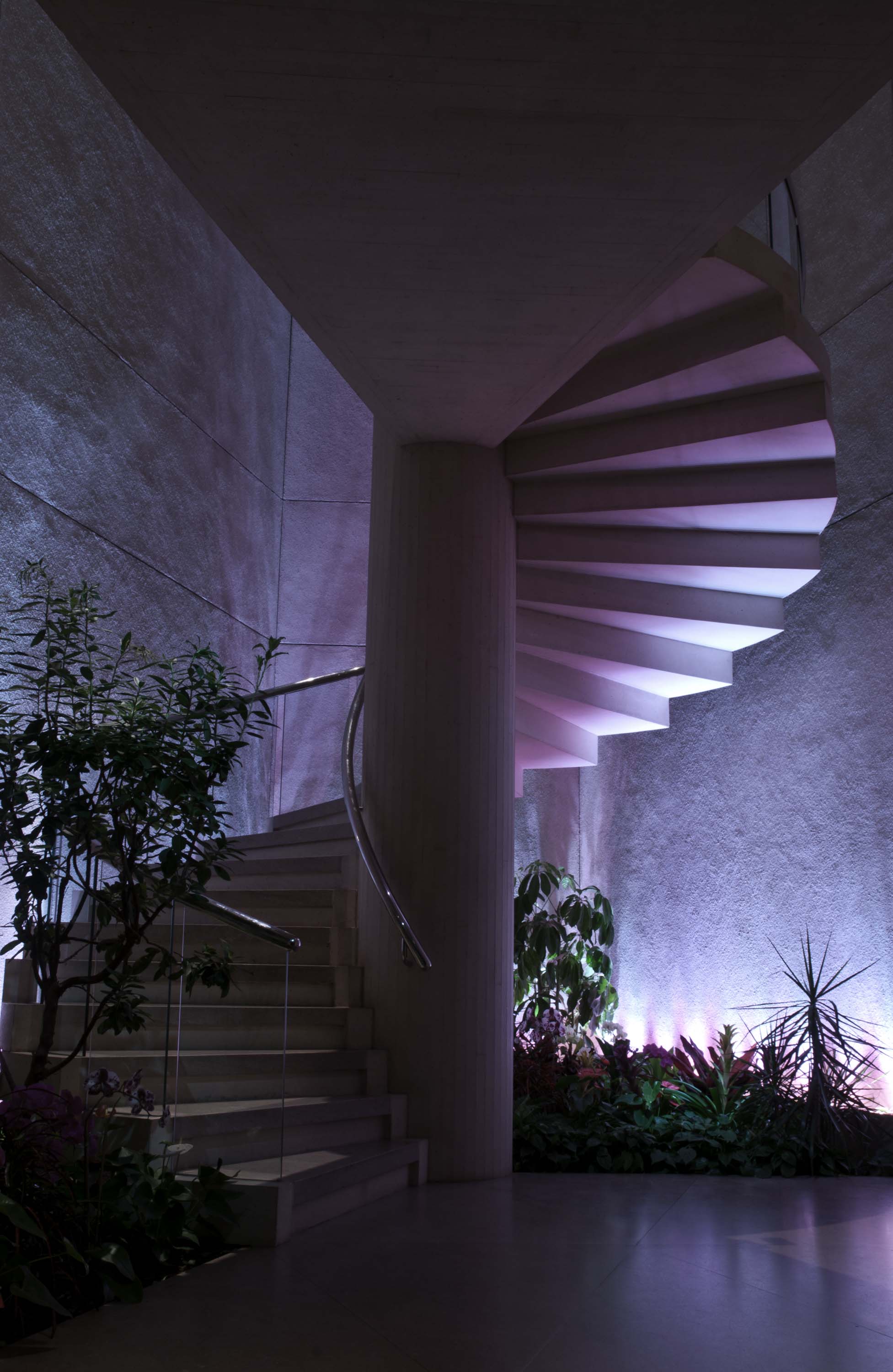 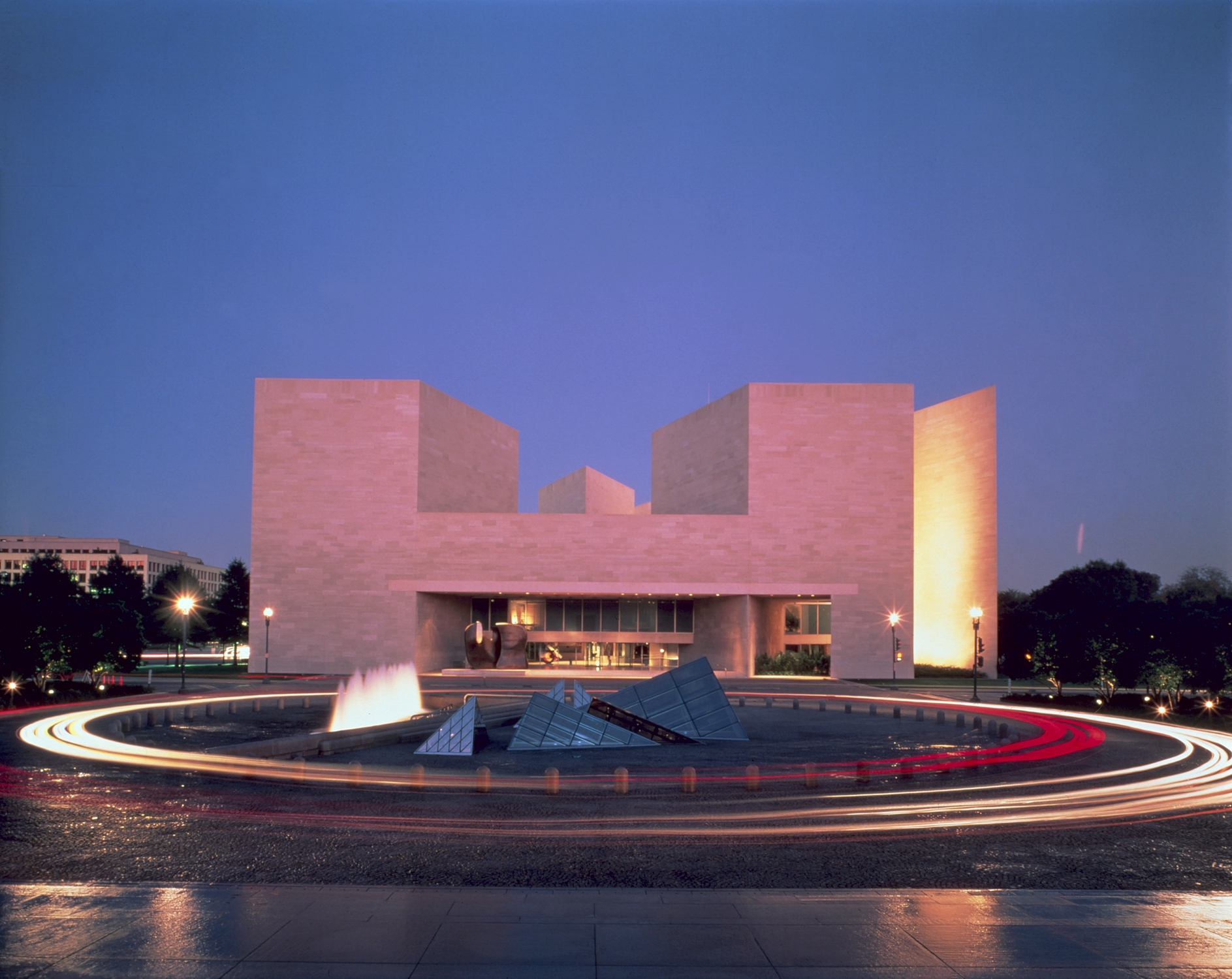 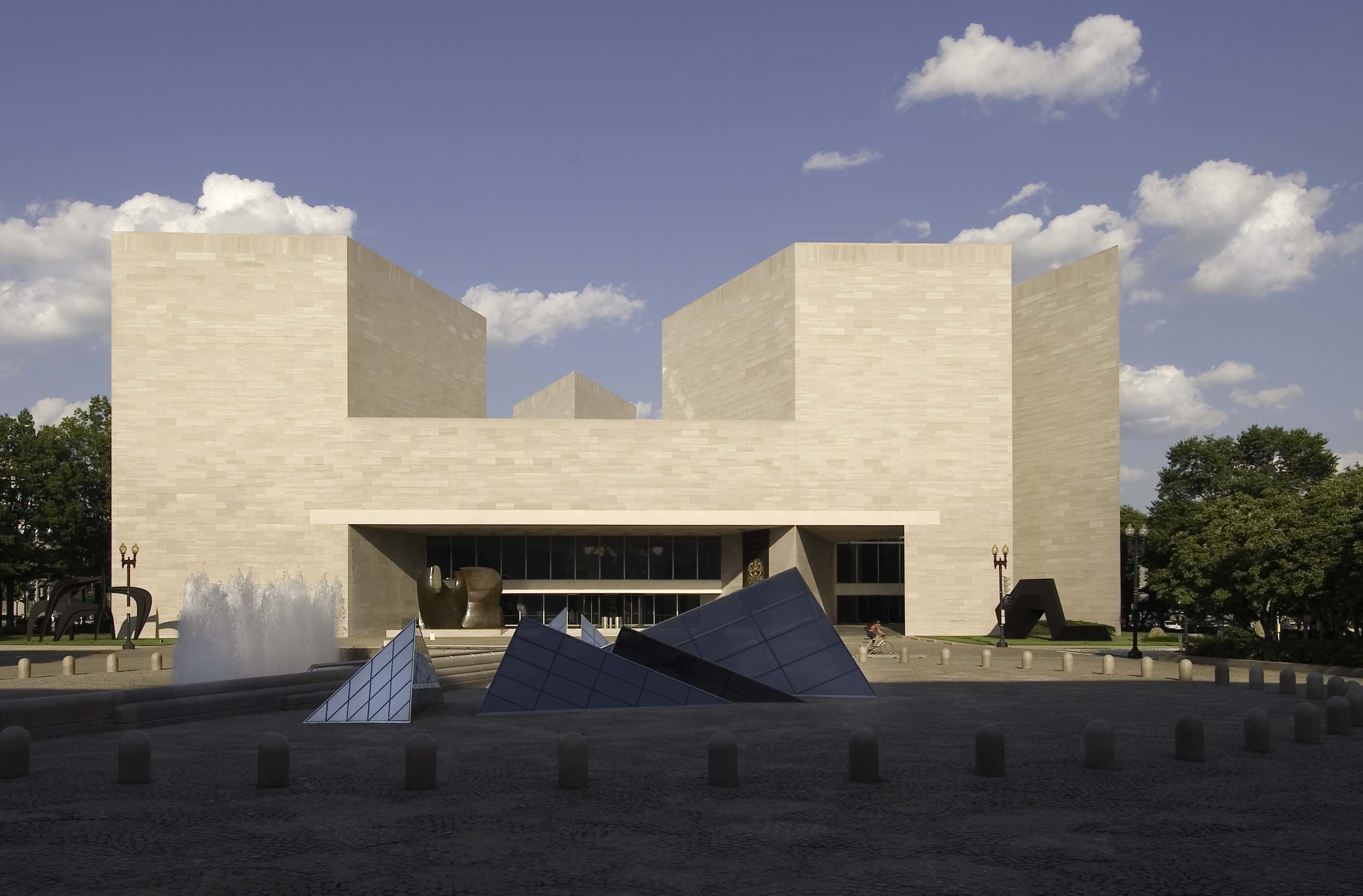 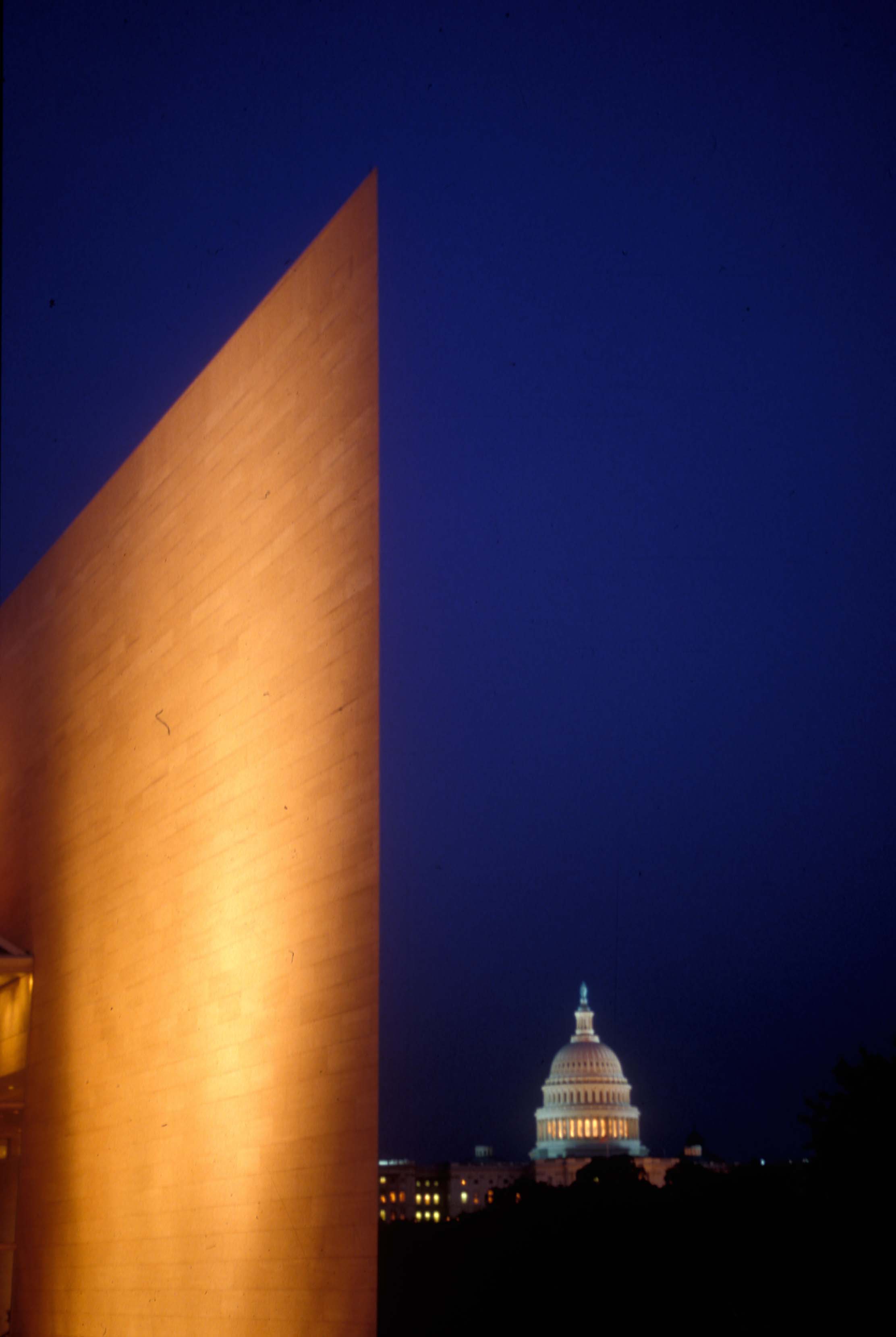 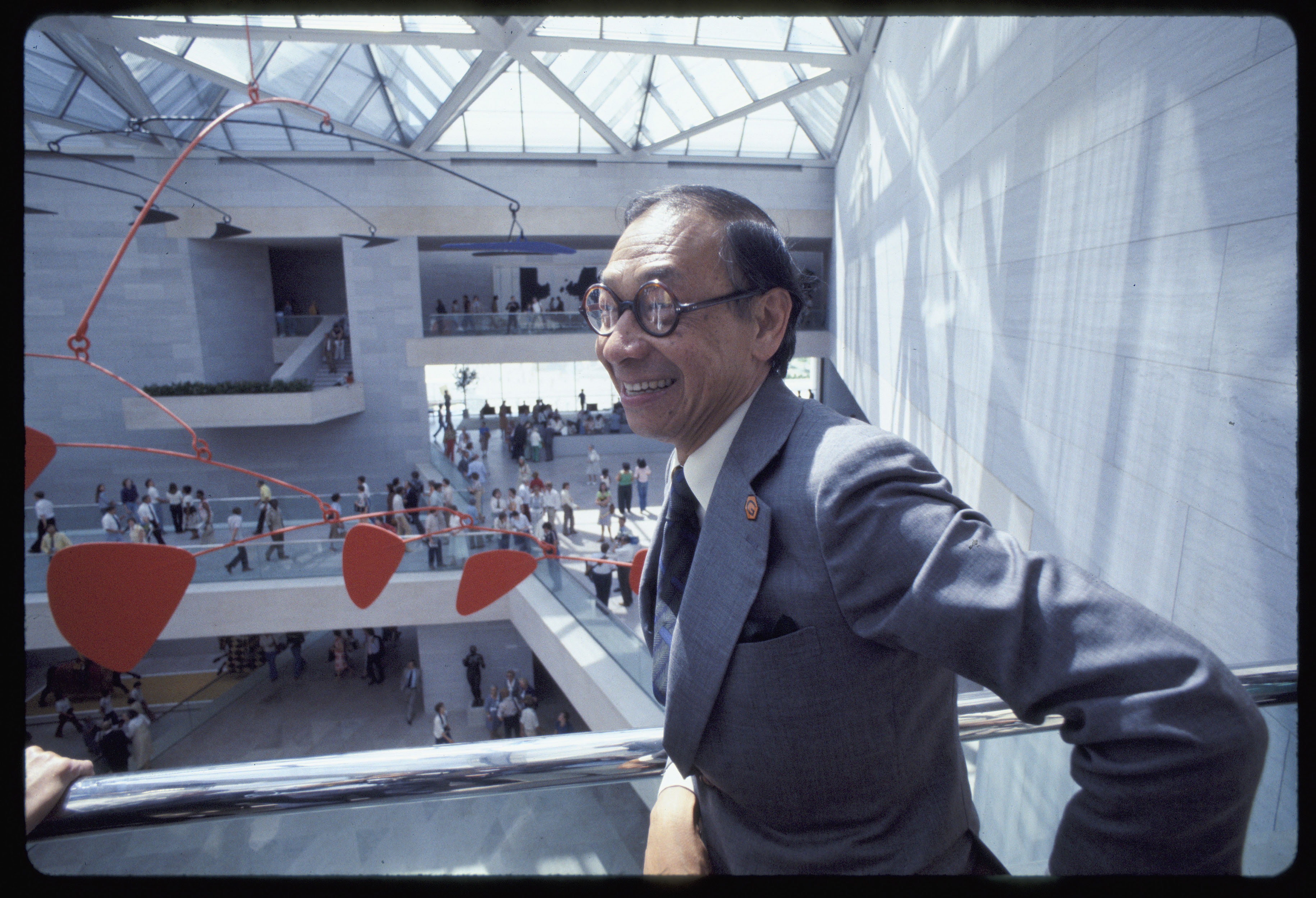 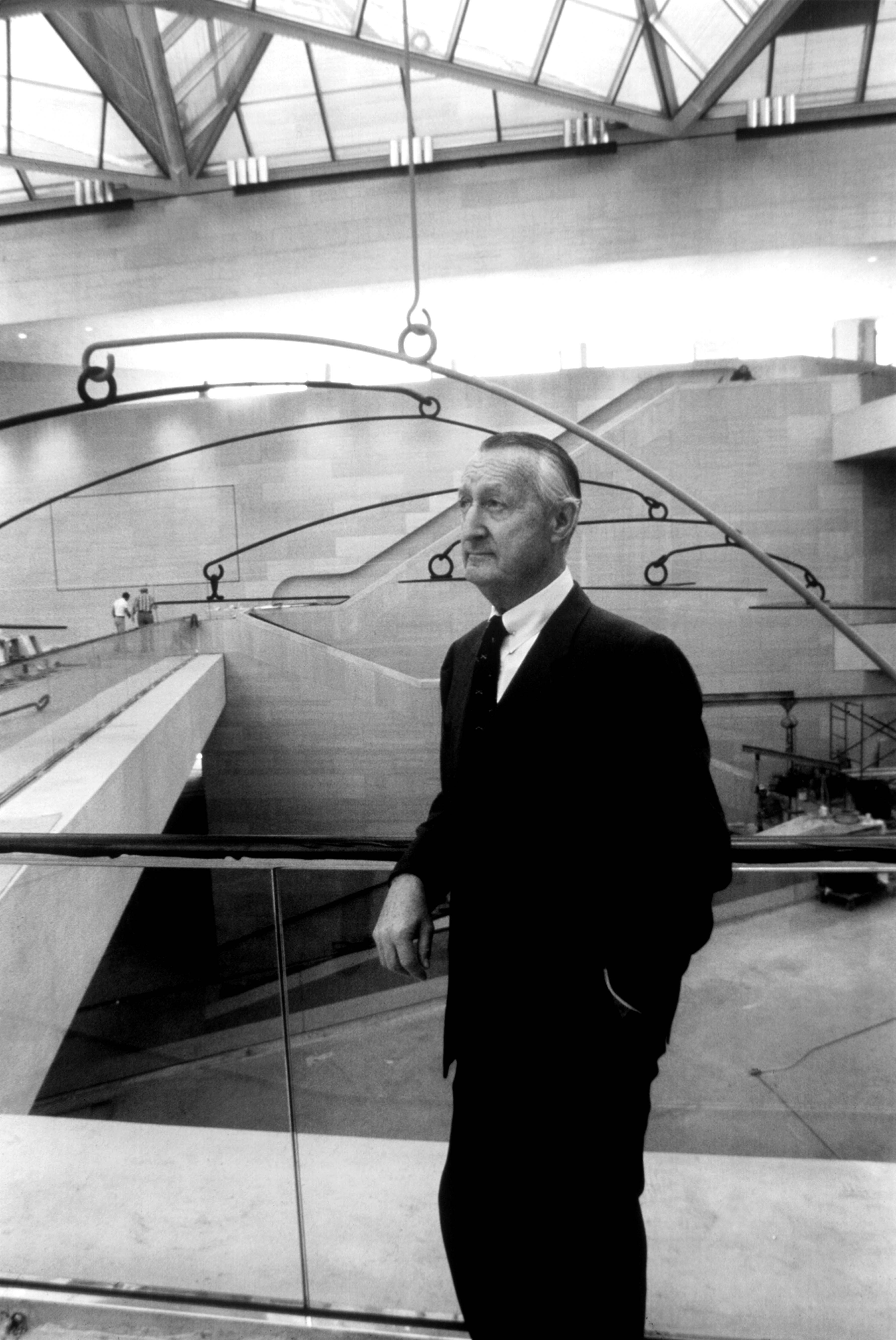 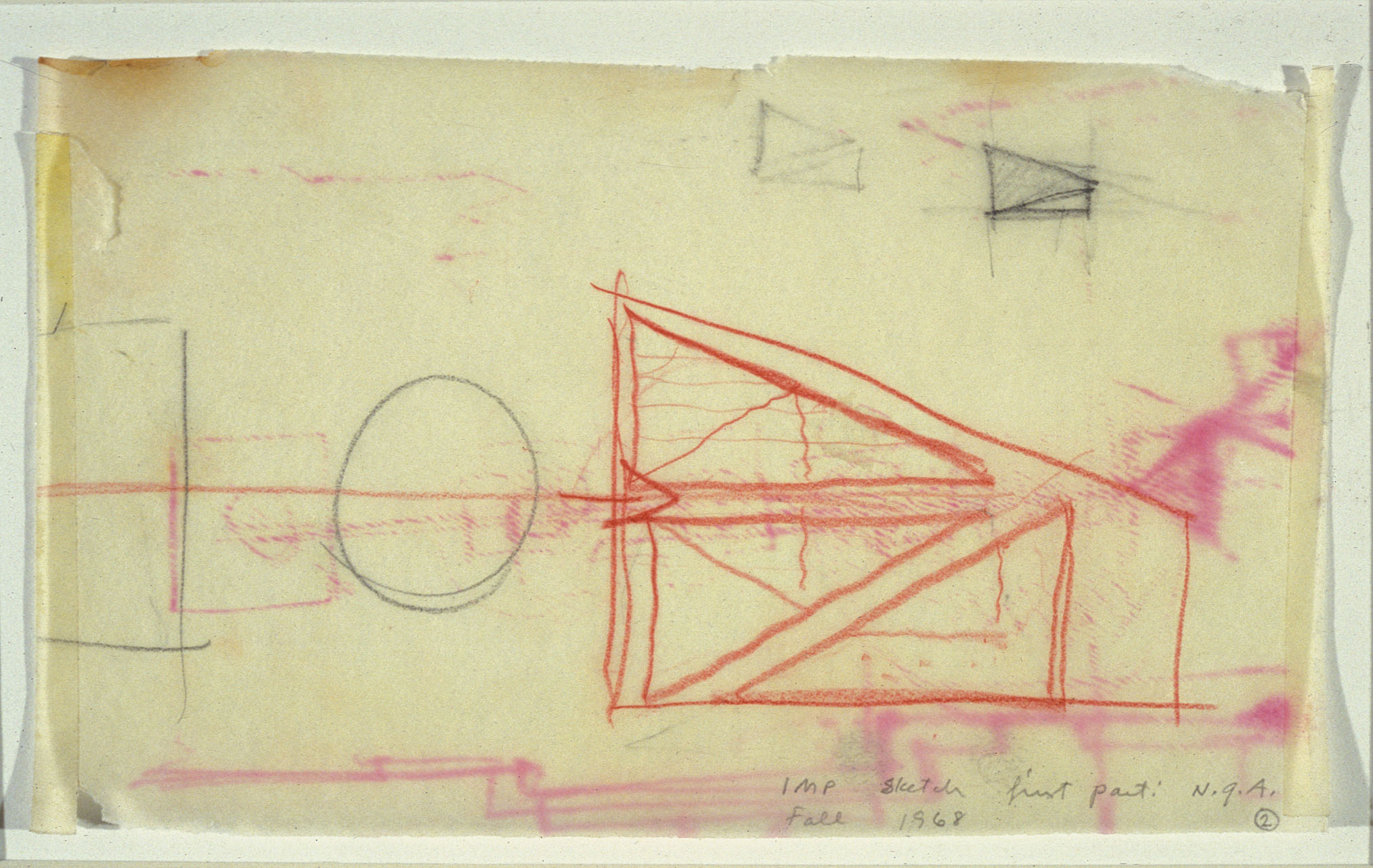 In the Catskills, a Getaway Cabin Called Olivebridge 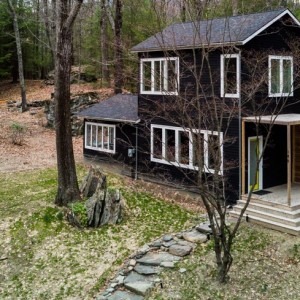 In the Catskills, a Getaway Cabin Called Olivebridge

Here we have a concept strategically located at the intersection of digital story-telling, corporate sponsorship, and the sharing...