In Taipei, 31 Stories by Richard Meier

Austrian-born Stefan Scheiber-Loeis came to the states in the early 1990s to teach New Englanders how to ski.

“I finished school at Columbia, then worked for a year as a student,” he says. “Then I went to Richard’s office and showed my portfolio – and heard back from them in two weeks.”

His newest project – the 31-story 55 Timeless for Continental Development Corporation – is the first private building in Taiwan that dedicates all of its plaza for public space. The building consists of two complementary volumes, a transparent one to the south and a solid volume on the north.

“The site is 60,000 square feet and on a corner,” he says. “People walking east, west and north will take short cut through it, while other towers are gated – and that makes it very special.”

It’s a mixed use affair, with retail on the first two levels and living spaces above. The lower part of the building will offer two apartments per floor, while the upper portion will have  one large apartment per floor. Luxury amenities, including an exterior swimming pool and roof deck, are located on the top floors, with views towards the neighboring tower known as Taipei 101.

“One of the challenging aspects was to create a building within the context of sunrise and sunset views, with openness in a place where privacy is all-important,” he says. “What’s driving it is a building that makes sense, is respectful and long-lasting – and then lightness, beauty and something that has to do with the spirit of the place.”

That spirit is one of modernity, color and cleanliness, especially in its central business district. “This is in that place at city’s center that will help to shape an even more mixed approach between offices and residences,” he says. “Eventually you won’t feel like you’re in the business quarter.”

No – you’ll feel like you’re in a Richard Meier building. 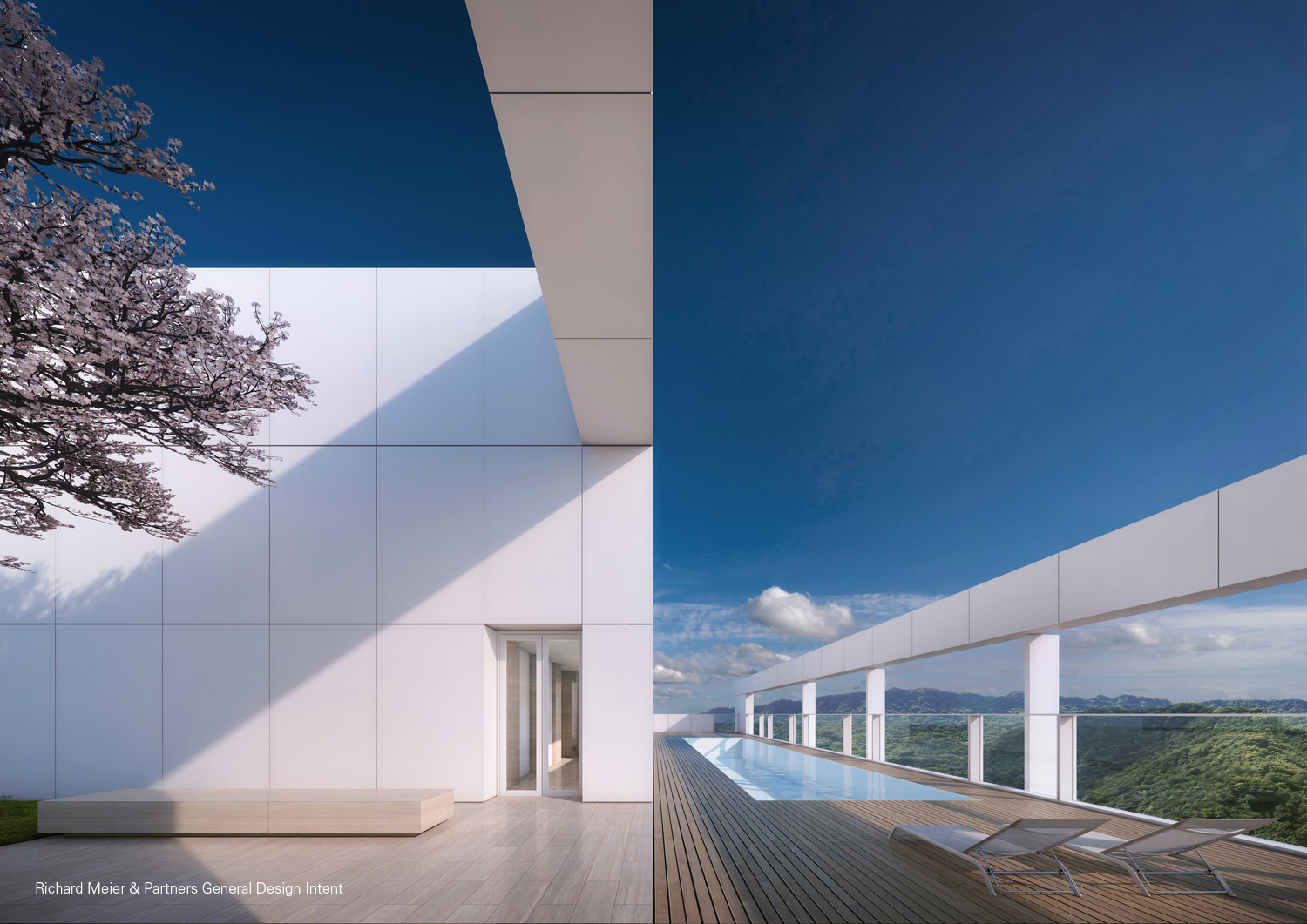 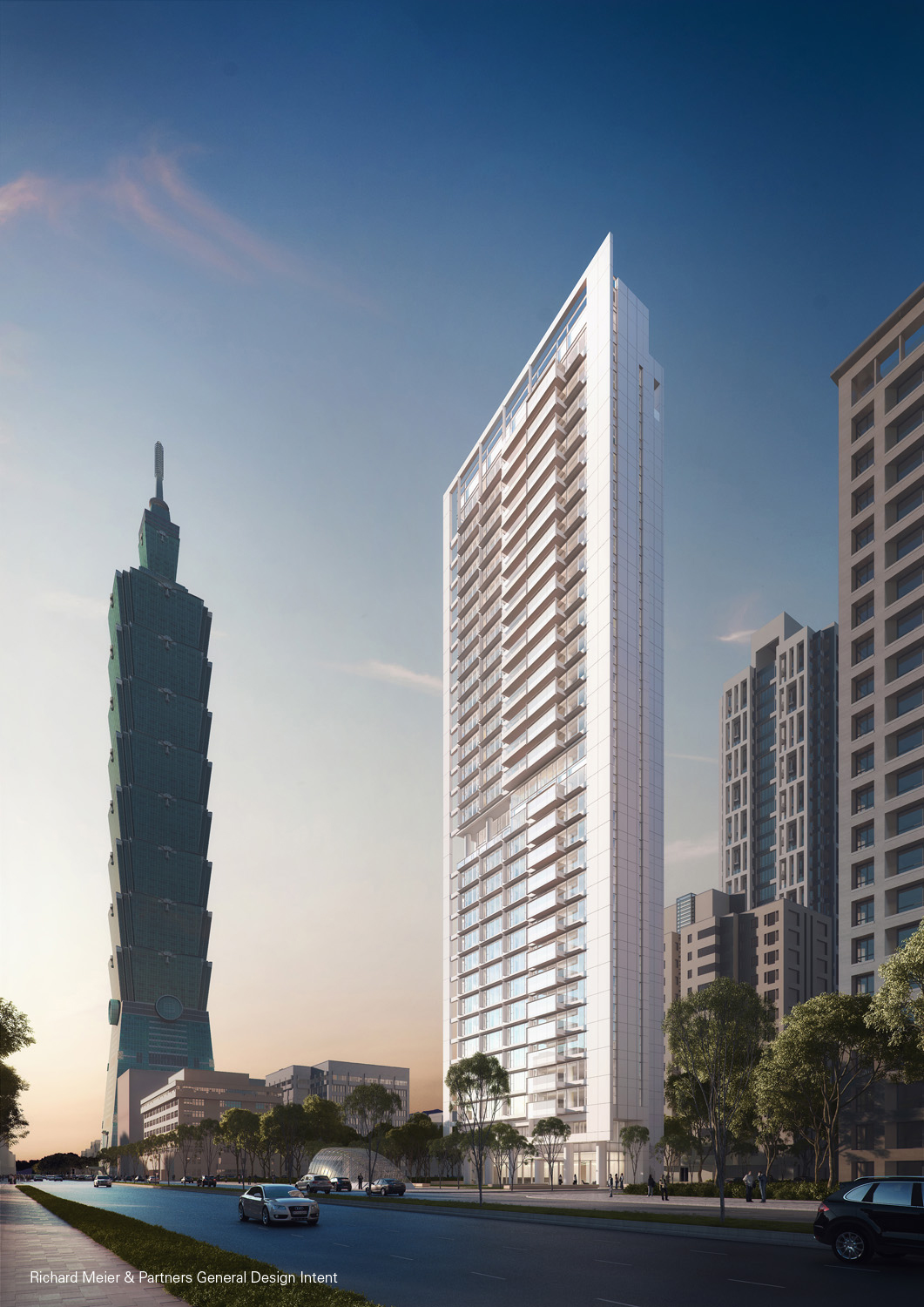 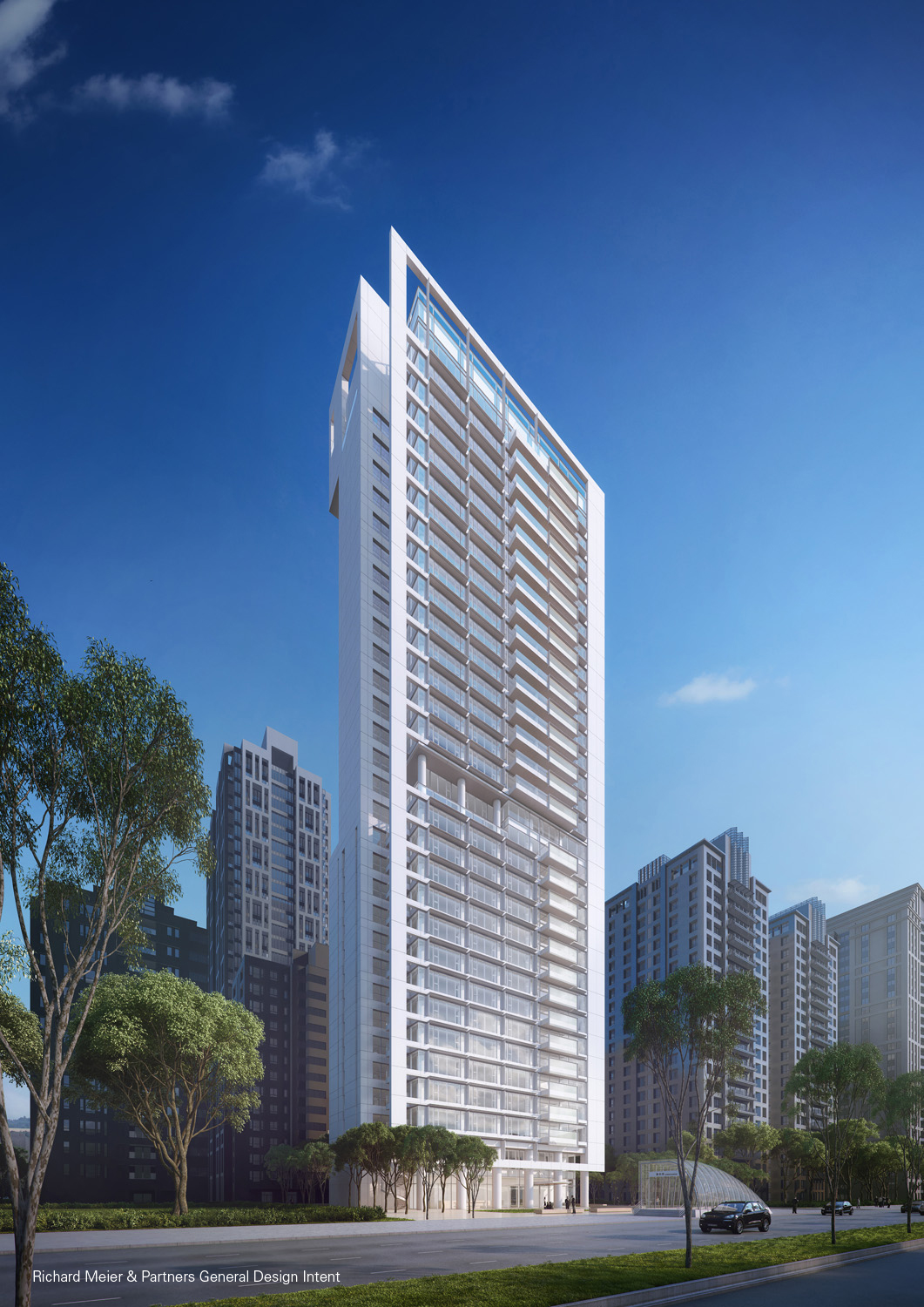 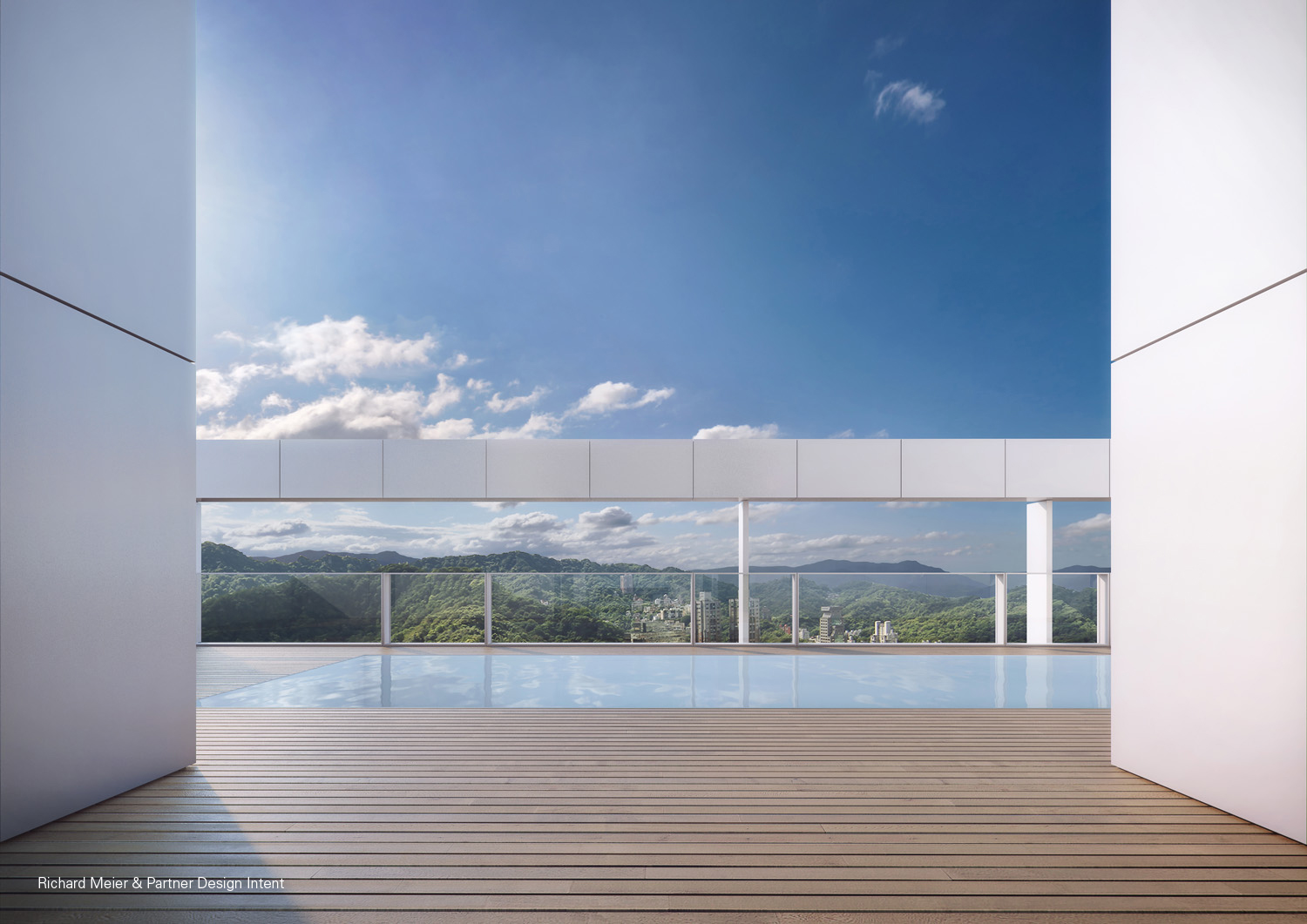 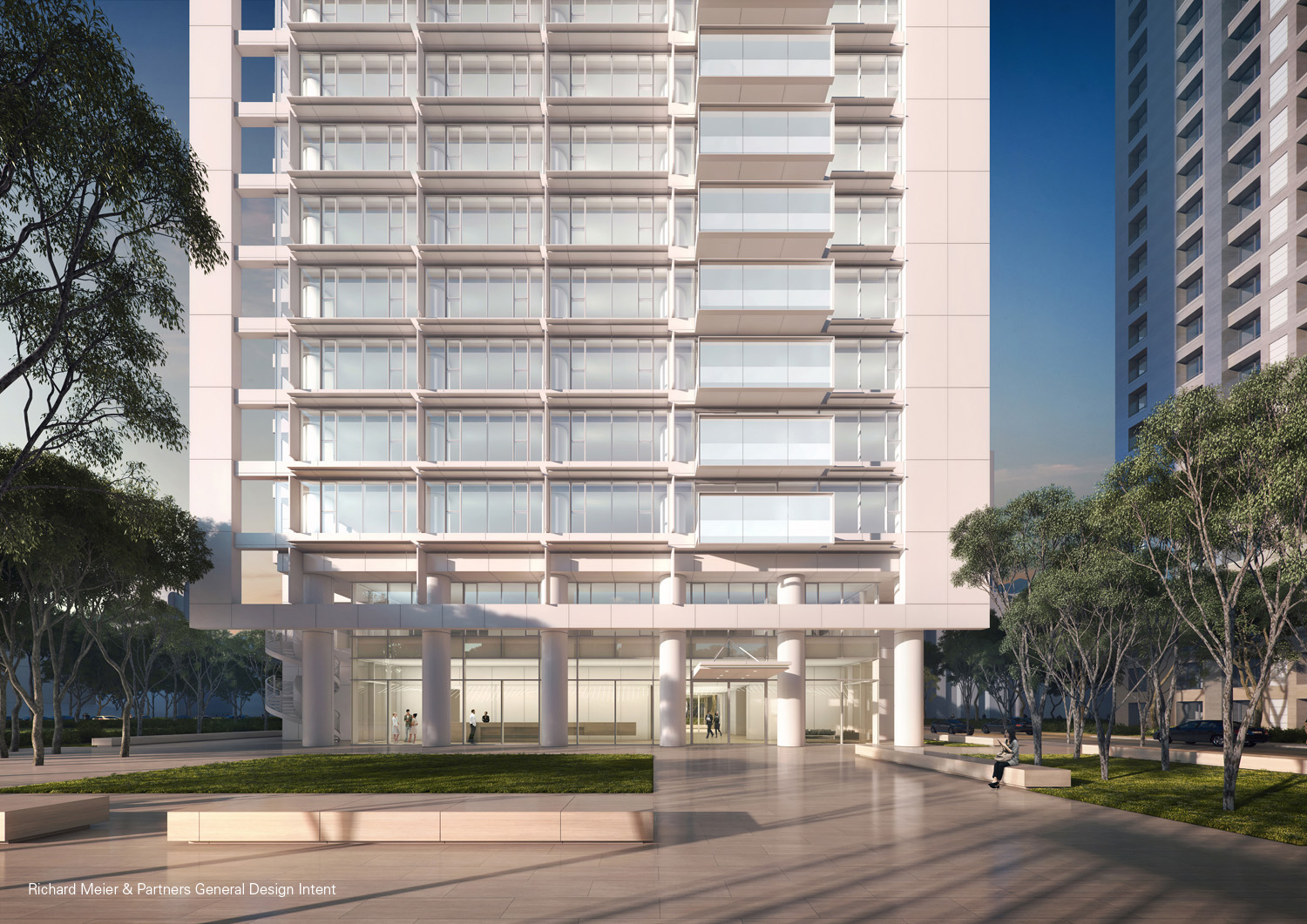 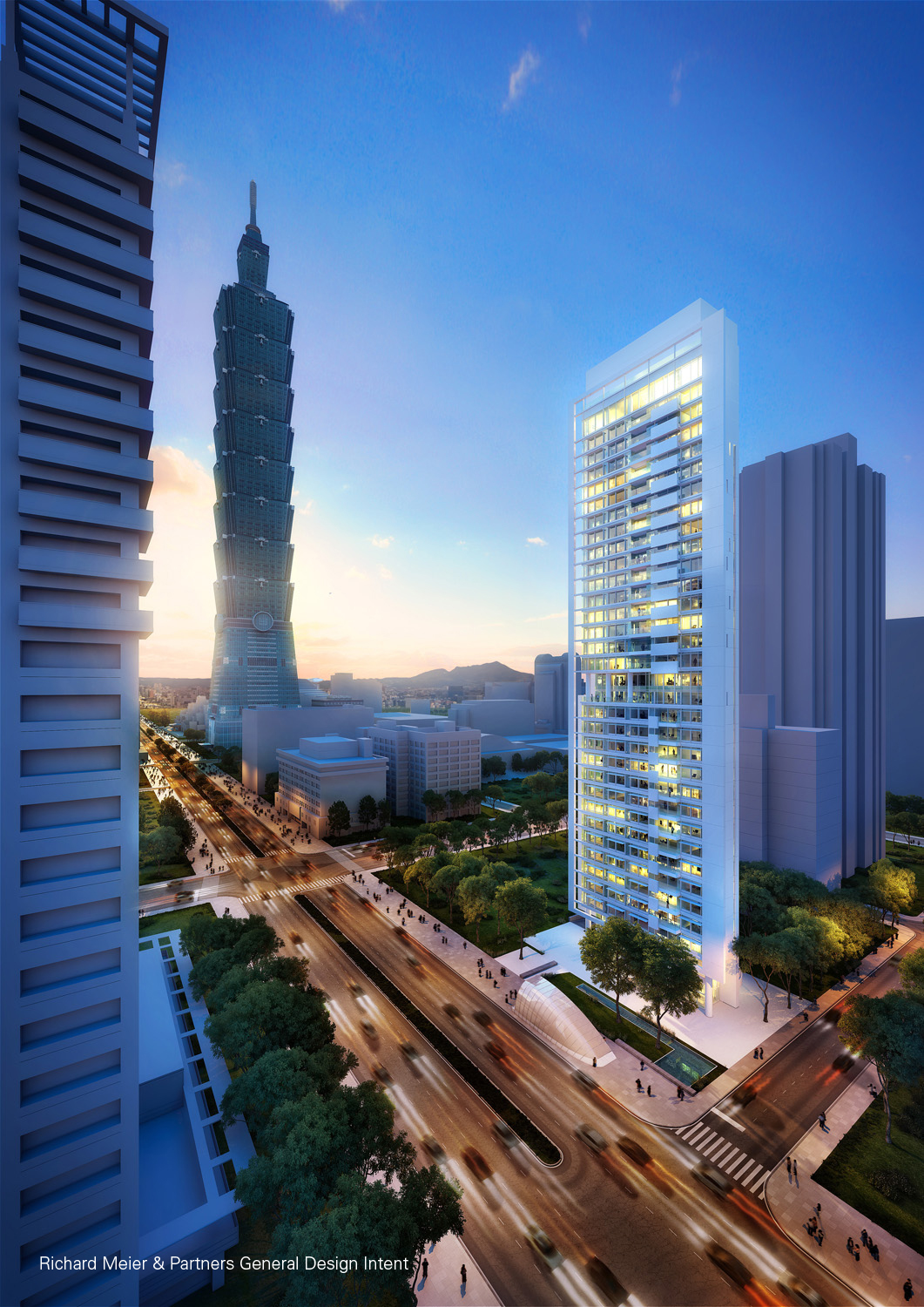 A European approach has made all the difference for an older home's new addition by Klopf Architecture. "The original...