Leave it to a group of common-sense Midwesterners to arrive at a solution to one of the thorniest issues in religion today:

How can Jews, Muslims, and Christians co-exist on common ground?

It’s a topic that Boston’s Finegold Alexander Architects first got involved with back in 2006. The firm had already built one synagogue in Omaha in 1988, and was retained to build a second. The biggest problem, though: the client had no land.

“Then I got a call from the chair of the committee, bursting with news,” says Moe Finegold, senior principal at the firm bearing his name. “The Islamic community came forward looking for land as well and said: ‘Why don’t we do it together?’”

Next on board was the local Episcopal diocese. All three began to look for land together, though 9/11 was still fresh in some minds. “There were some restraints because not everybody thought it the greatest thing since sliced bread,” he says. “But the leader of the Episcopal diocese was energized about it, and the Islamic community was willing to share, and the Temple Israel was ready to move forward.”

Finally, a developer stepped up with the perfect solution: a 38-acre golf course. “It was partitioned into individual sites so each faith group has its own land,” he says. “A fourth building is a central meeting place that’s neutral.”

Finegold Alexander handled the master plan, then designed the synagogue. But it also worked with other local architects to develop a common vernacular and materiality.

“We talked to the Islamic community about essential common issues which would bind the three buildings together with an architectural vocabulary, so the buildings can talk to each other,” he says. “They have distinct forms but common materials and they do look out to one another.”

The synagogue is built of Jerusalem stone, a limestone with bits of mica in it that yield a reflective quality in the sunlight. “We got to go to Jerusalem to select the stone – it’s softer with a warm golden color,” says TonyHsiao, principal and director of design at the firm. “It turned out to be less expensive because of the labor involved in cutting and producing there, rather than in the U.S.”

The synagogue was built first, because its members were anxious to move. So it set the visual and symbolic standards for the remaining three buildings. A circular path called Abraham’s Walk serves them all.

“They wanted the synagogue to be a beacon shedding light about how people from different faiths interact,” Finegold says. “The Islamic Center was second; in the end the Episcopalians didn’t generate enough to build a church so another congregation did; the fourth building was a Tri-Faith Center.”

As the architects met with the synagogue’s congregation about programming, they heard requests for lots of light, for reaching out, for doing good deeds in the community, and for speaking to justice.

So a band of glass at the upper section glows like a lantern at night. “They wanted all that expressed with an open building, a lot of light and welcoming, and a lot of transparency,” he says. “That idea dominated our thinking about how to create the sacred space, so now the sanctuary space, meeting space, and social space all have a different identity.”

Their design also creates more participatory experiences, and creates more intimacy for a large congregation. “The question was how small could we make the worship space with a balcony, and still achieve a strong connection between the congregation and the clergy,” Hsiao said.

Concerned about the size of a sanctuary for 900 people, they shaped it with smaller, more private areas, plus the balcony for a higher volume. “Some areas are for 100 people – for an intimate wedding where they feel very connected,” he says. “The side walls are all glass and look out to a garden and let the light into the lower part.”

All four architecture firms were in conversation with each other as their buildings evolved, showing respect, sharing values and collaborating with one another. They eventually developed a seminar for a conference to share their experiences with others. Its title: “A Jew, a Muslim, and a Christian Walk Out onto a Golf Course.”

The entire complex opened with a virtual ceremony a month ago. And given the current state of political affairs – and the start of the holiday season – it arrived not a moment too soon. 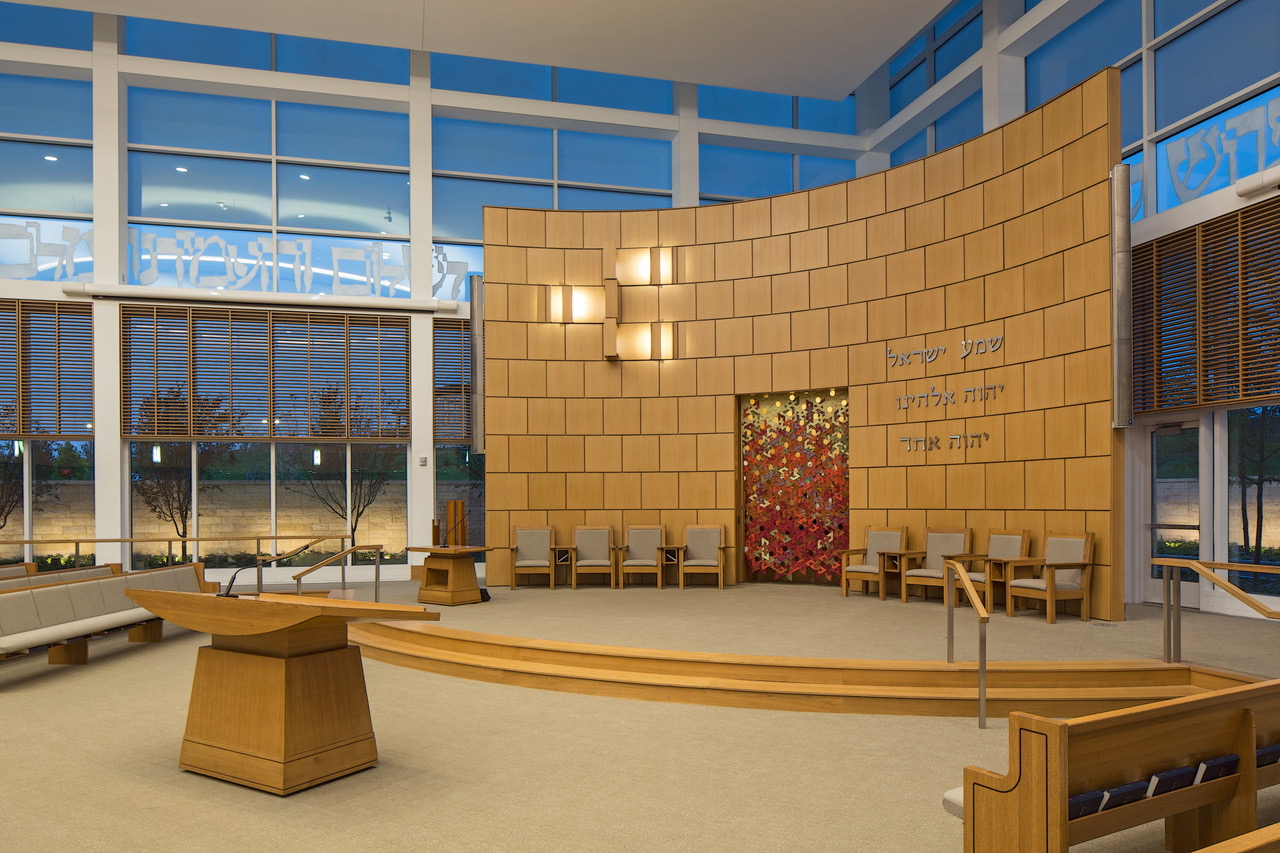 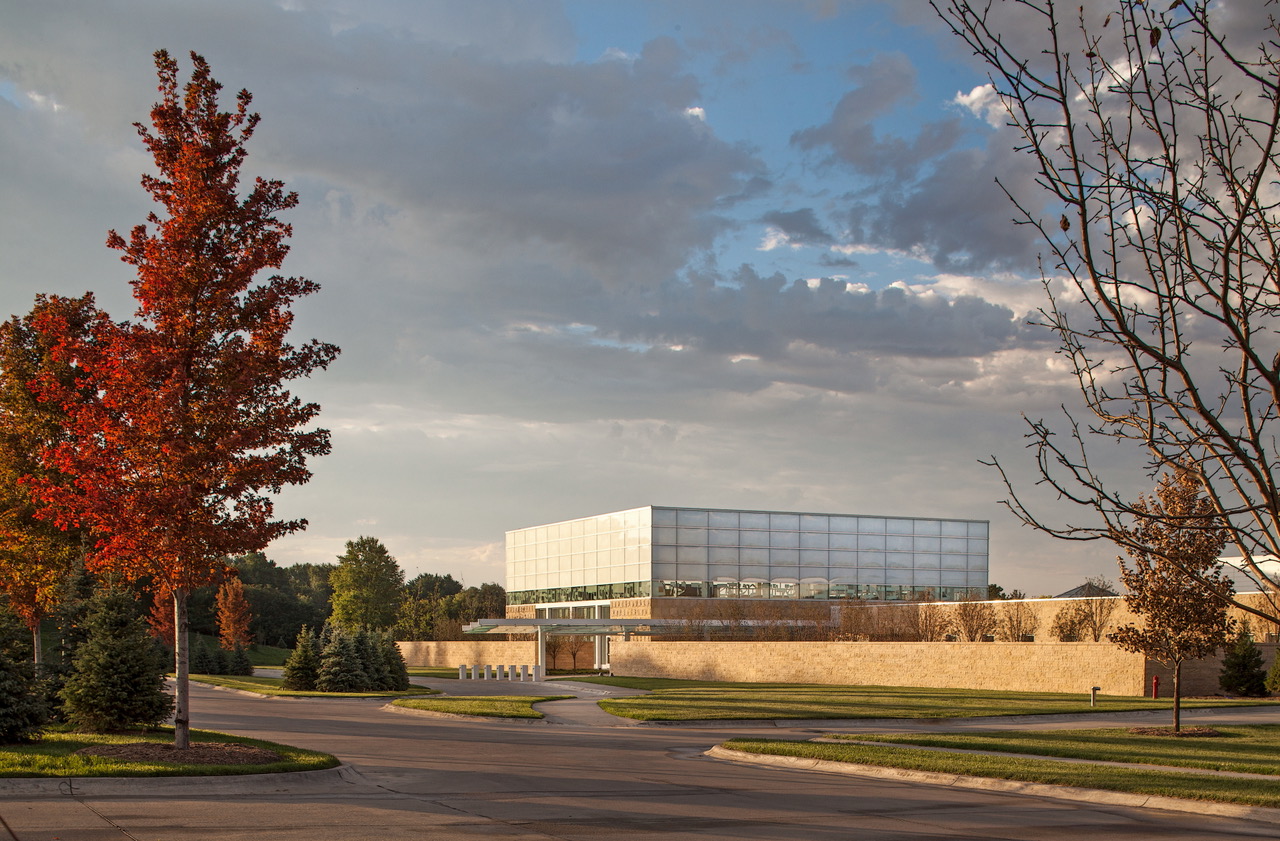 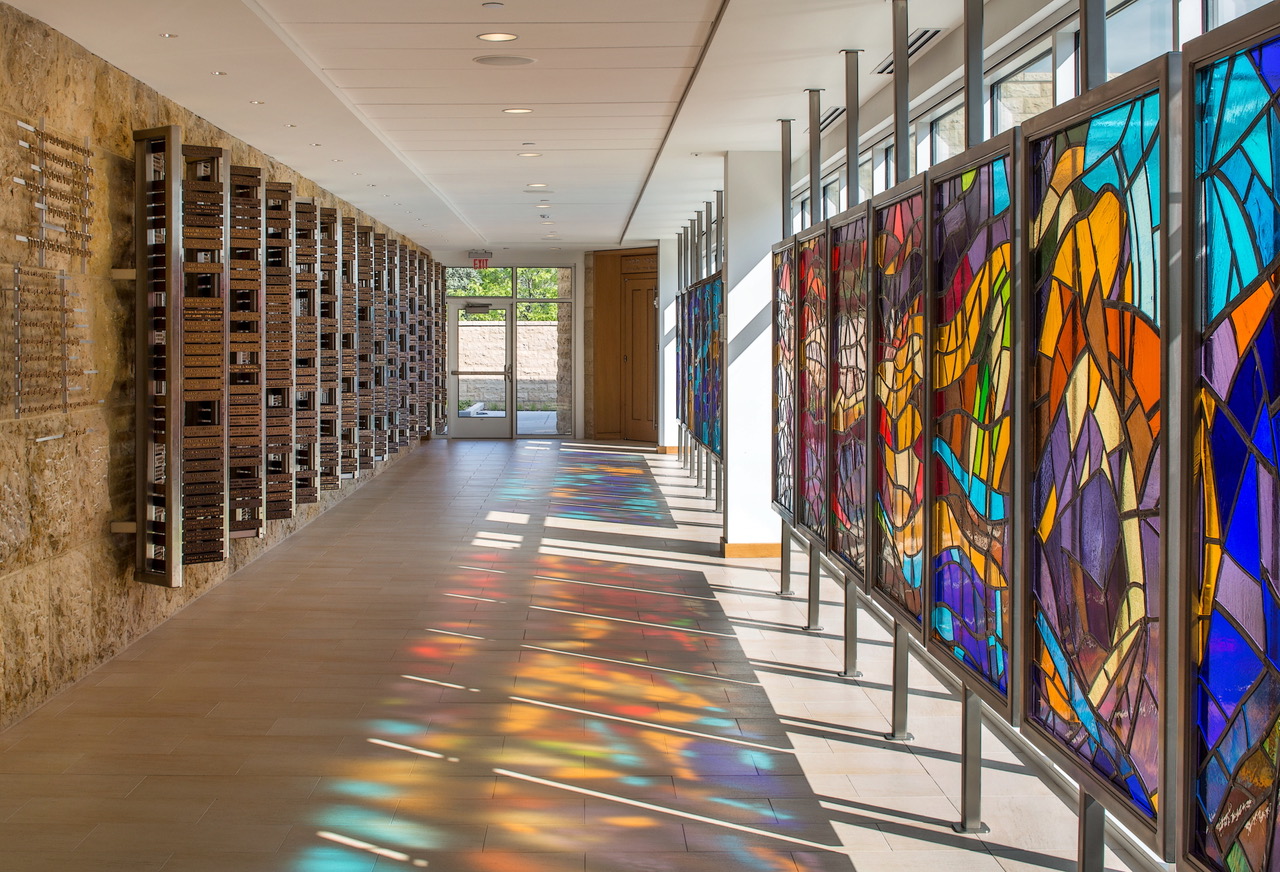 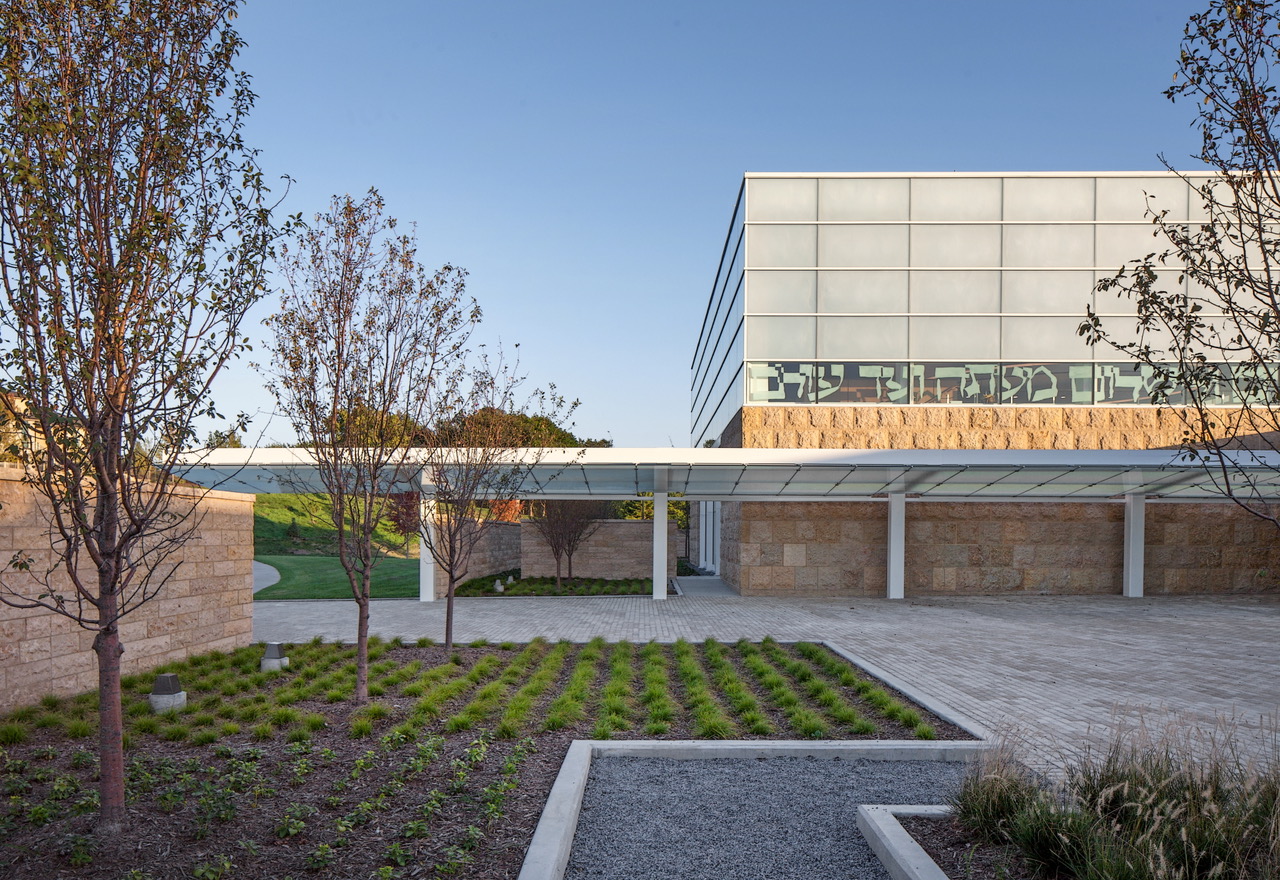 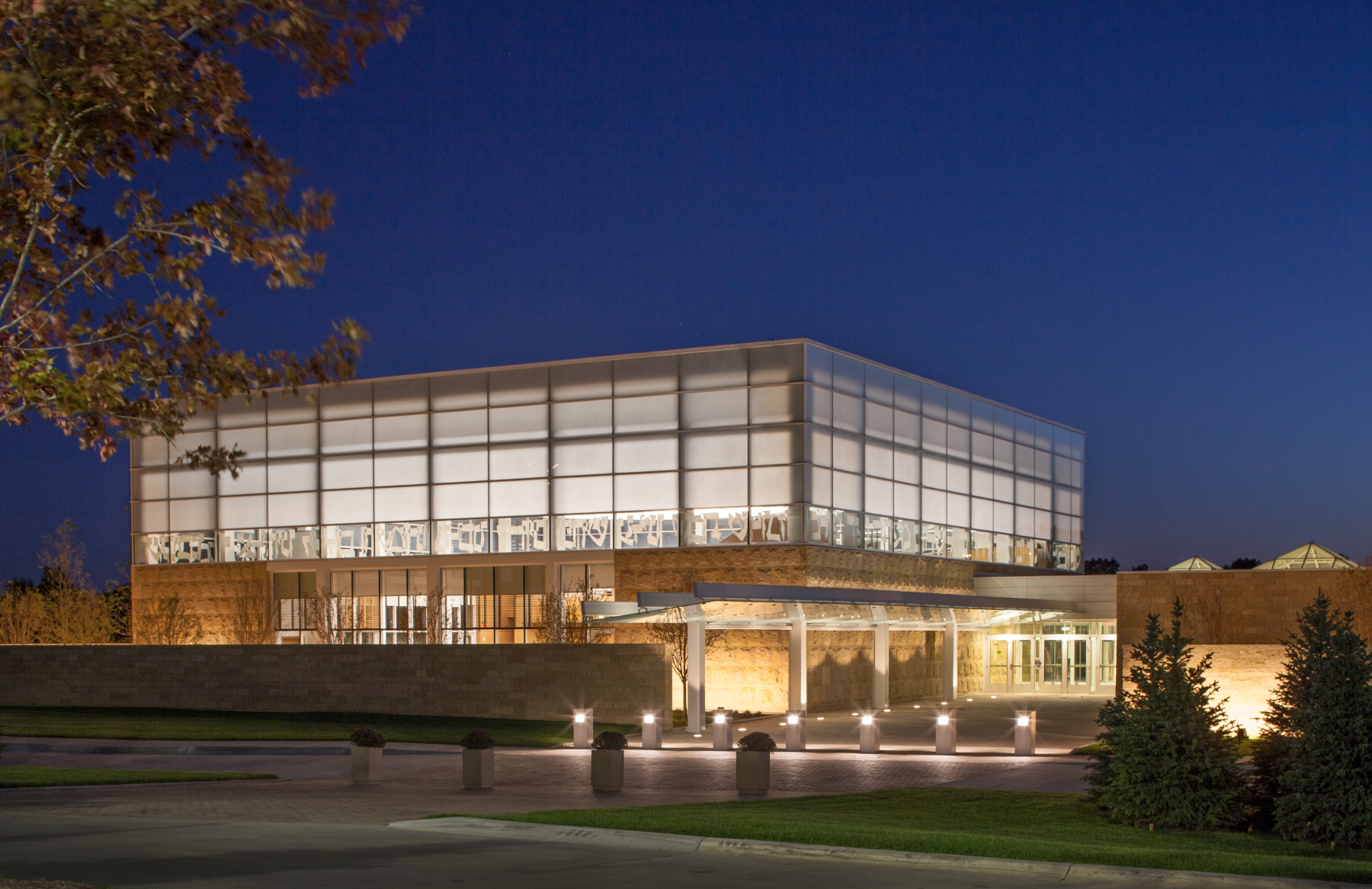 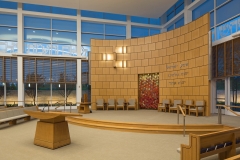 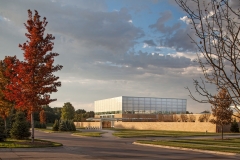 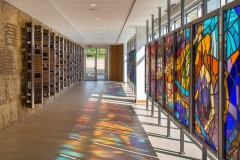 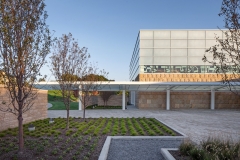 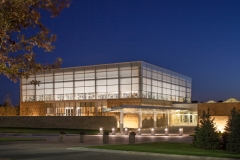 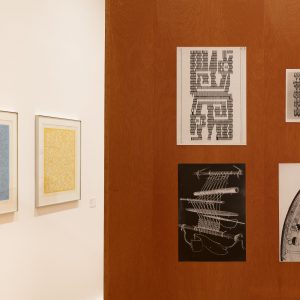 A new exhibition of Anni Albers is now on view at Museo Jumex in Mexico City, part of the biographical Passerby (or Pasajeros)...