For some, 2009 might be thought of as the worst possible year to open a business.

But for Josh Held Design and its staff of five, it was a time for a start that paid off in spades.

Since then, they’ve been busily working on hotels for Starwood, W and The Sanctuary. On Madison Square Garden. And most recently, on interiors, exteriors and a logo treatment for Ground Central Coffee Company in Midtown.

“We got our hands into every bit of it,” he says.

The client wanted a New York-centric coffee shop, one that’s appealing and approachable – comfortable for sitting down with a laptop, or for casual meetings where people can get out of the office and gather together.

In a less-than-breathtaking, 1,000 square foot space, once an Indian restaurant, Held and company did precisely that.

“It was an absolutely horrible space to begin with,” he says. “The configuration, size, layout, and every finish made it one of those super-ugly spaces that make you cringe – we had to figure out how to make something unusable into something usable.”

They took a dark room at the rear and turned it into a library with a table to seat 15. In the front, a communal table seats another eight. A bar seats three. And there’s standing room for 30 more.

“We opened it up to the street and made it much more inviting from the outside,” he says.

Think of it as a combination of CBGB’s and a John Varvatos store, turned into a coffee shop.

They used a restrained material palette, with zinc, steel pipes, custom-poured concrete countertops, and mill-worked wood that’s actually a series of decommissioned planks from construction scaffolding. Wood floors and a painted tin ceiling add to the ambiance, as does the McIntosh-powered sound system, with turntable for LPs.

“You can pull a record off the shelf and ask them to play it,” he says.

It’s a little bit rock ‘n roll, but it’s a lot like a resurgent New York too – four years after the Great Recession of 2009. 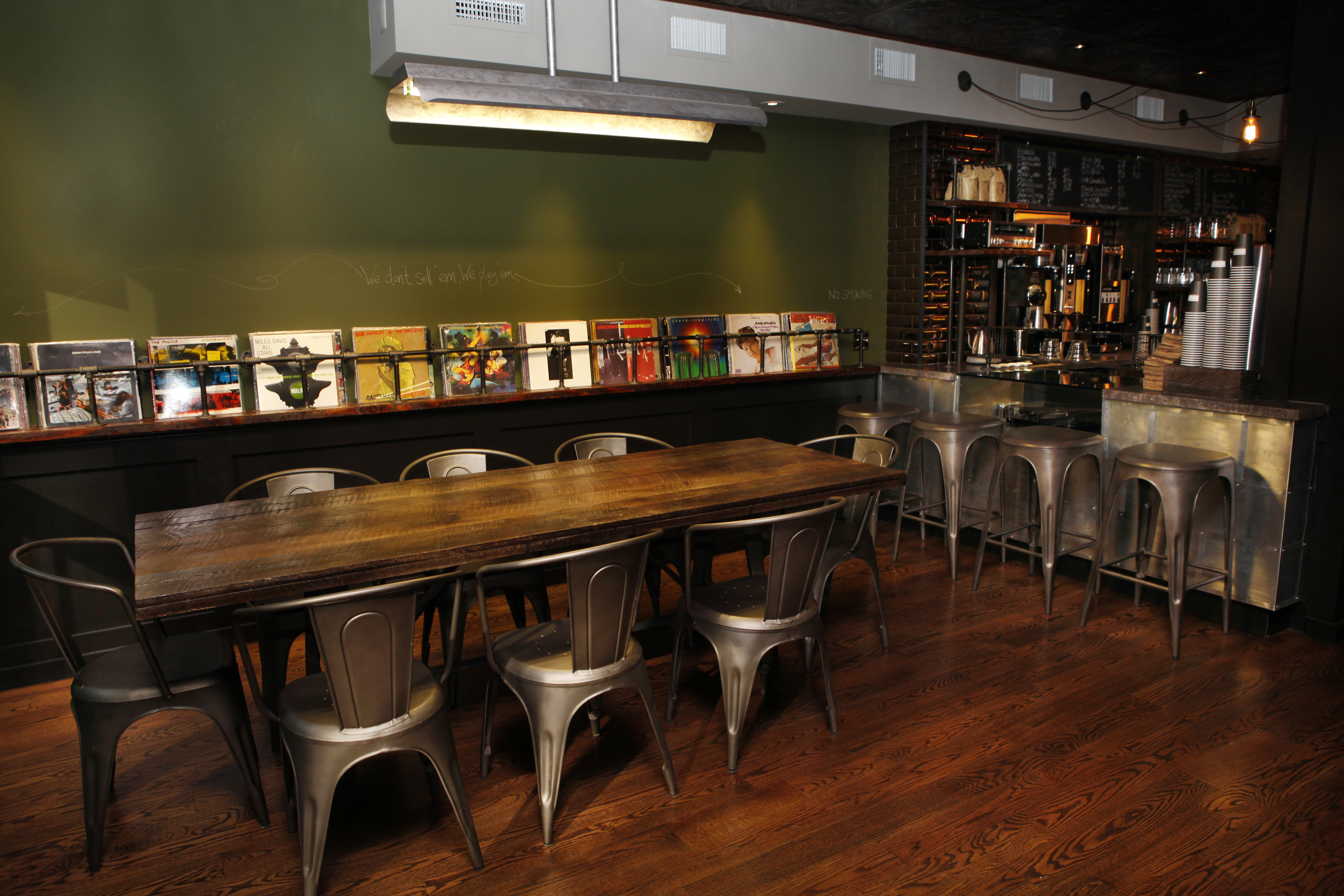 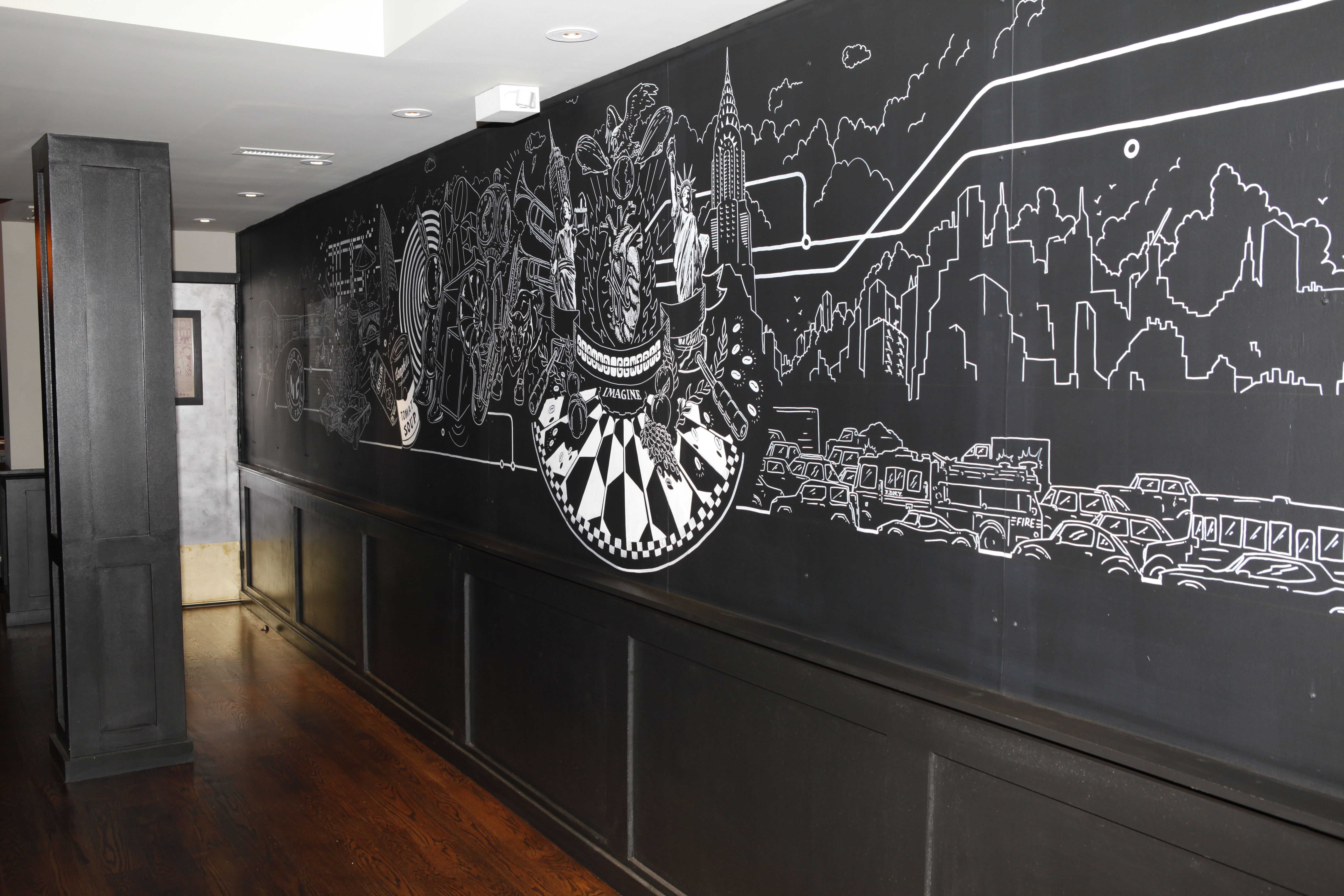 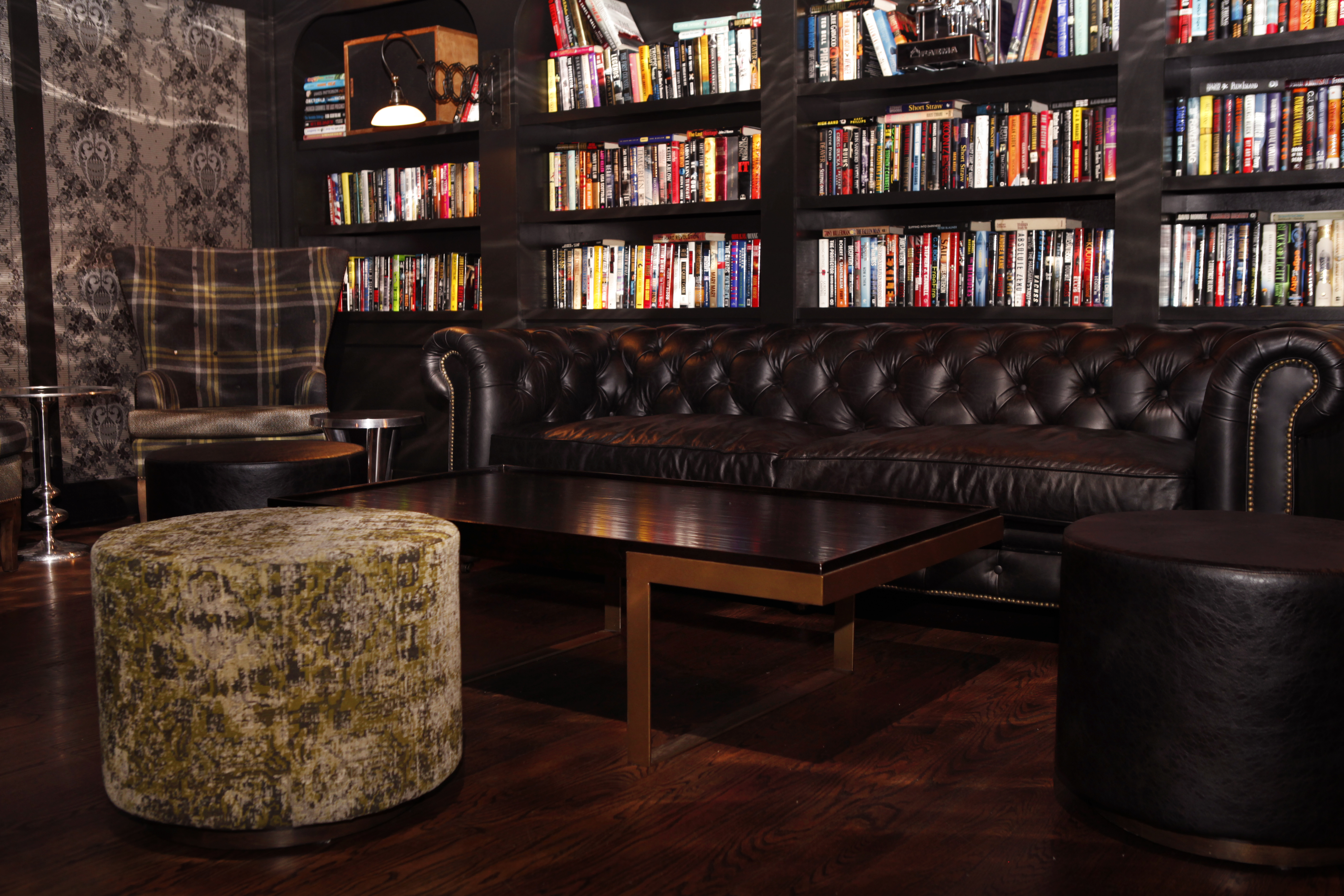 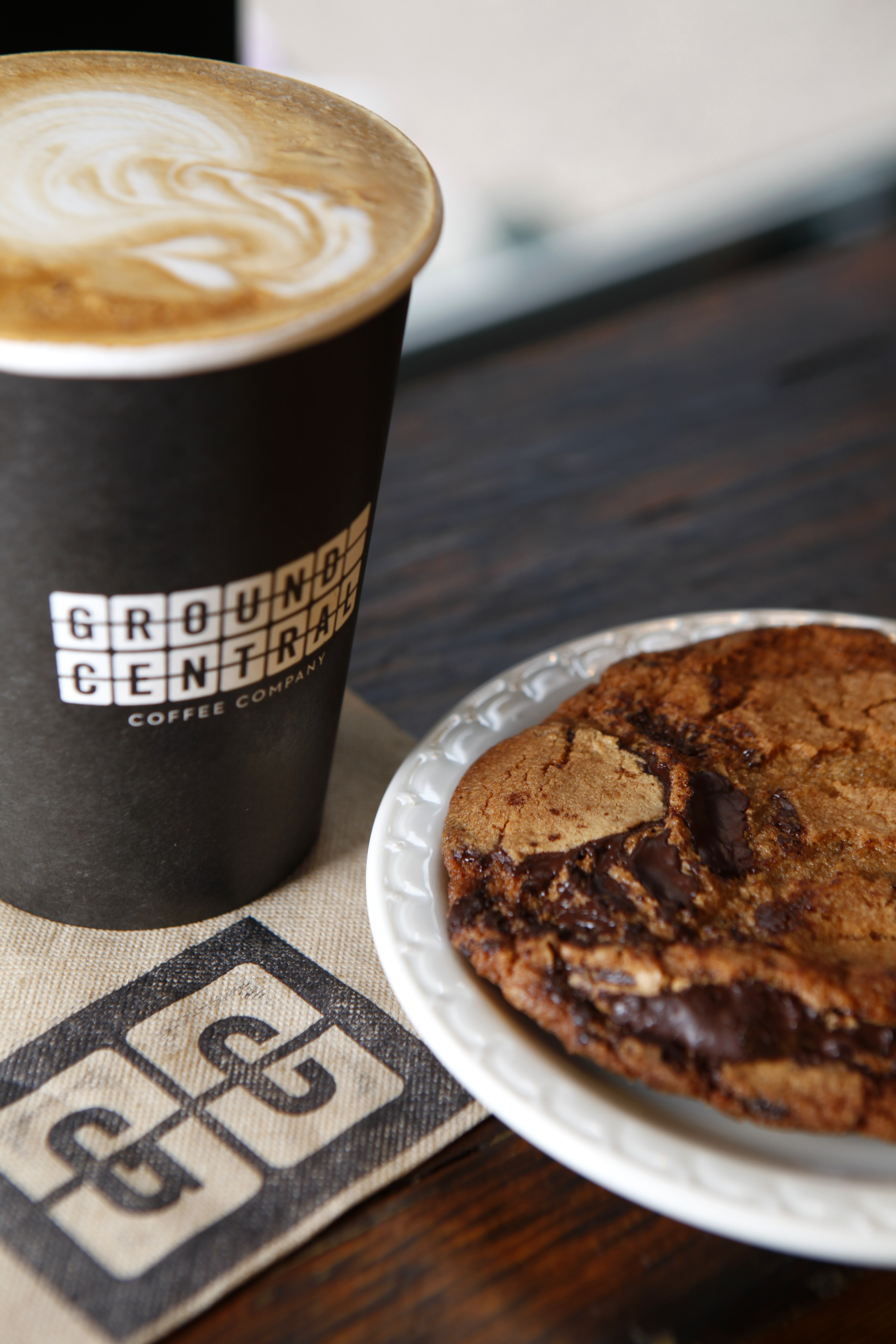 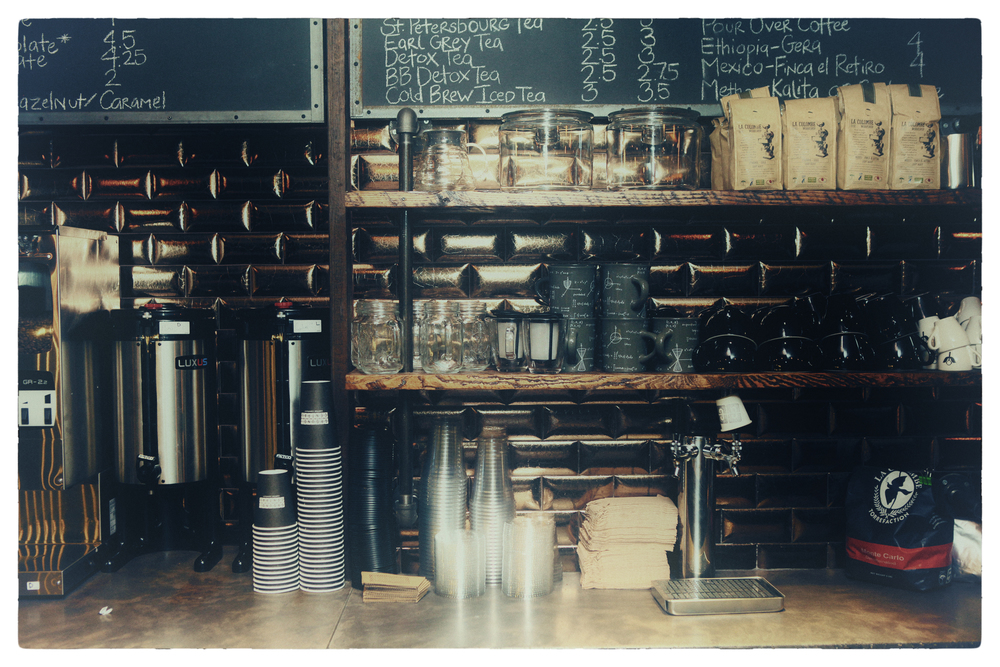 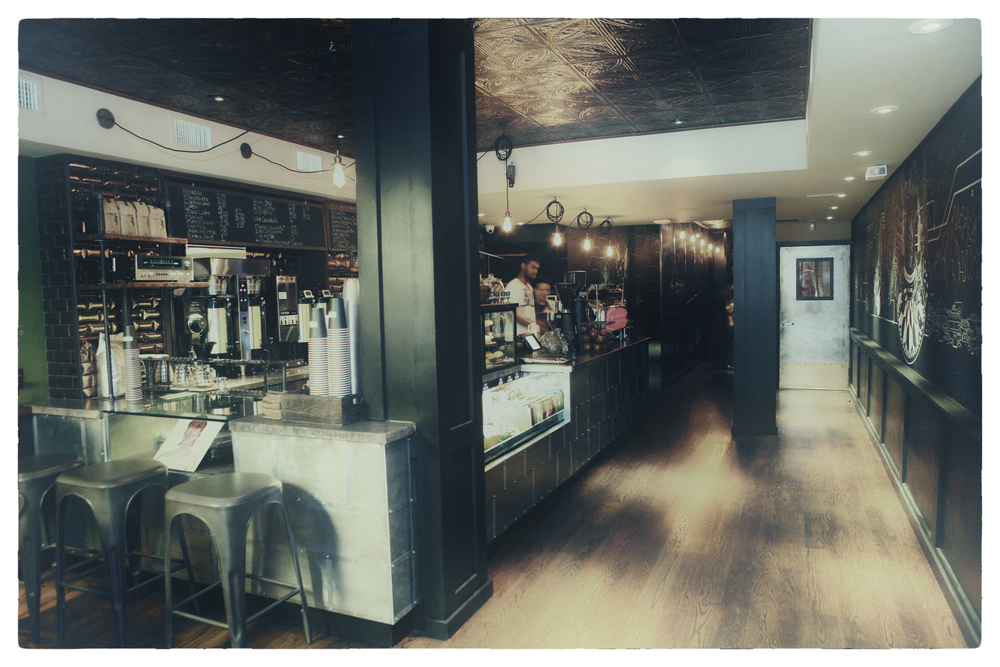 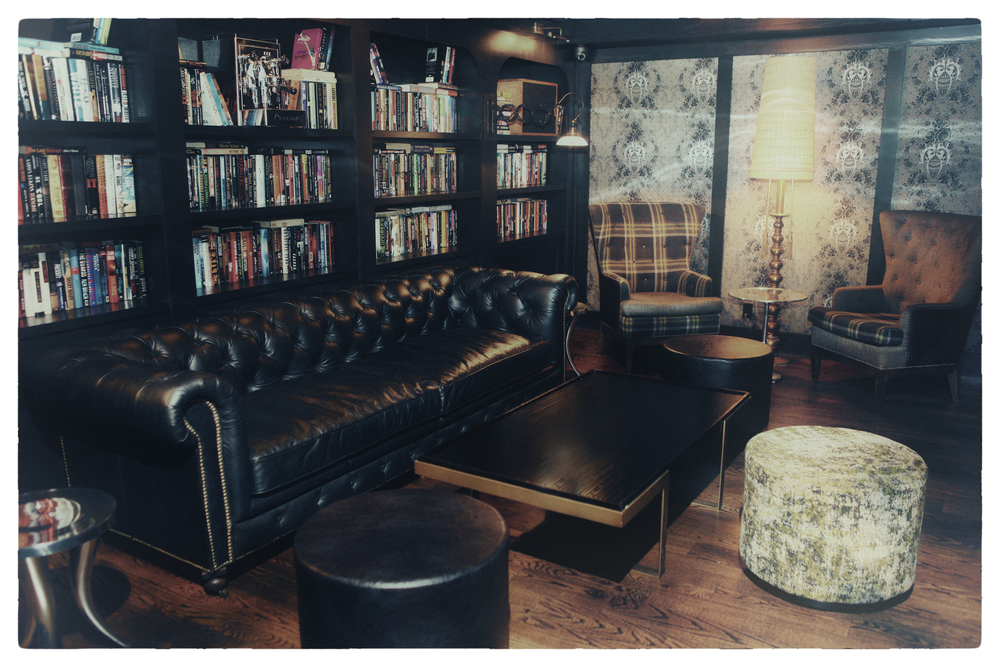 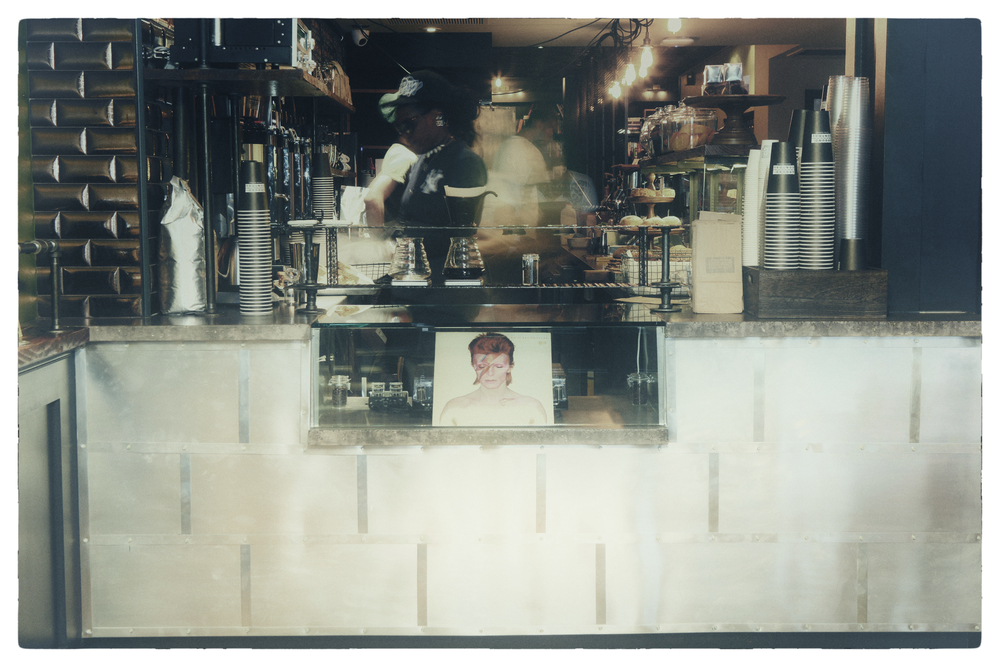 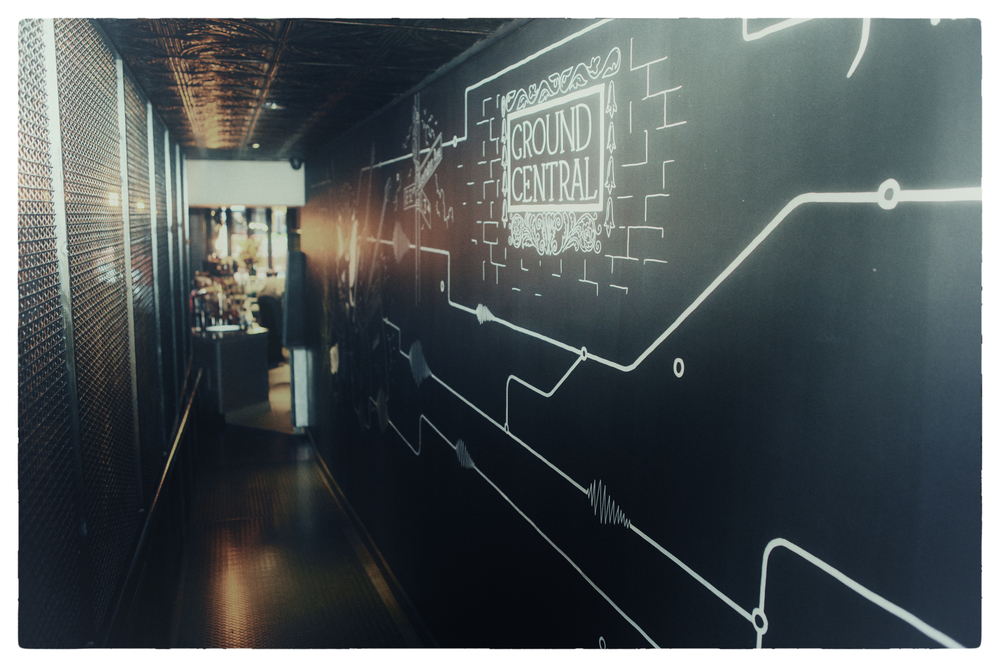 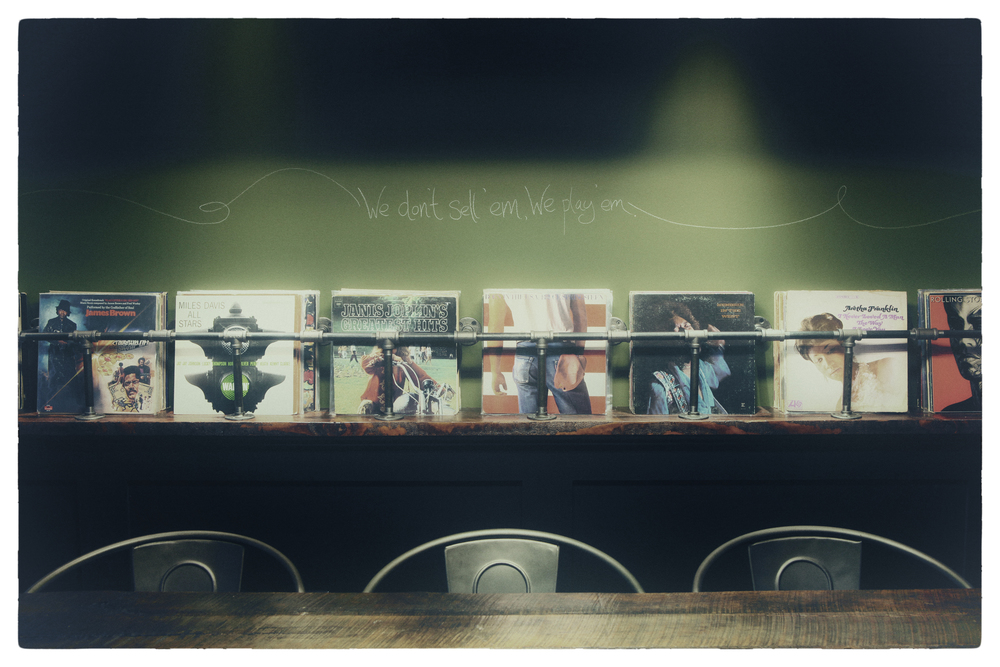 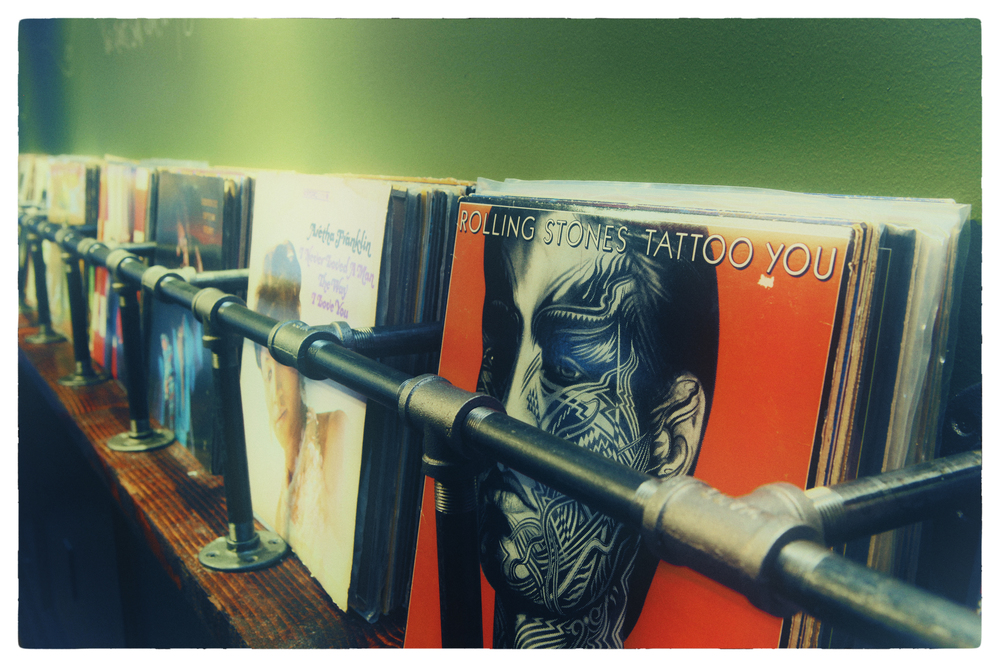 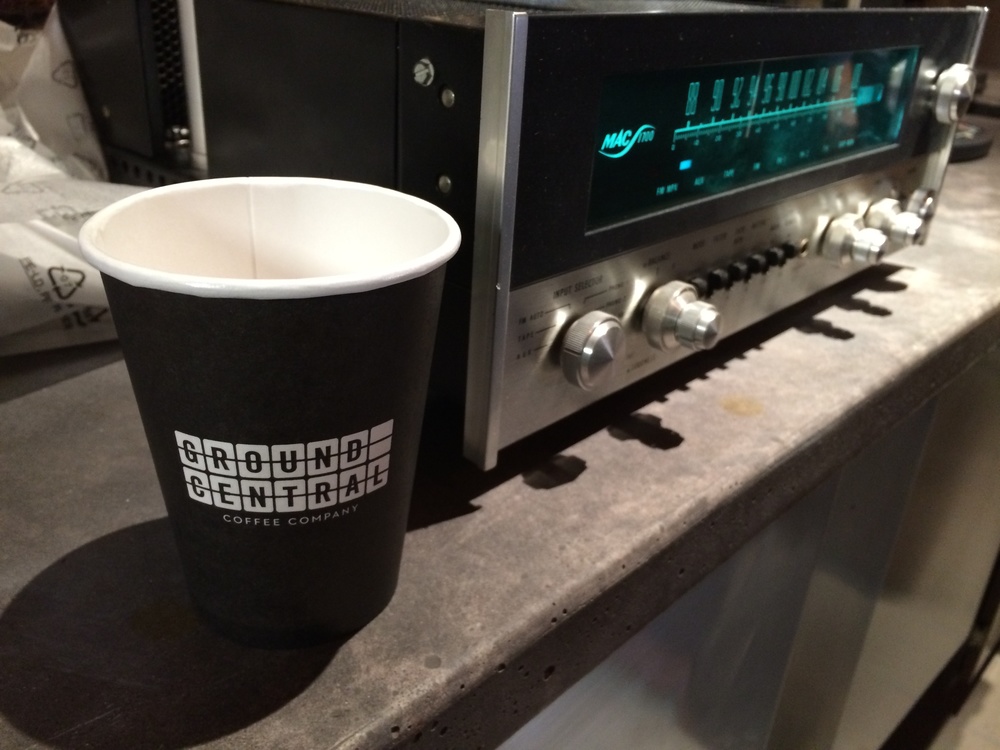 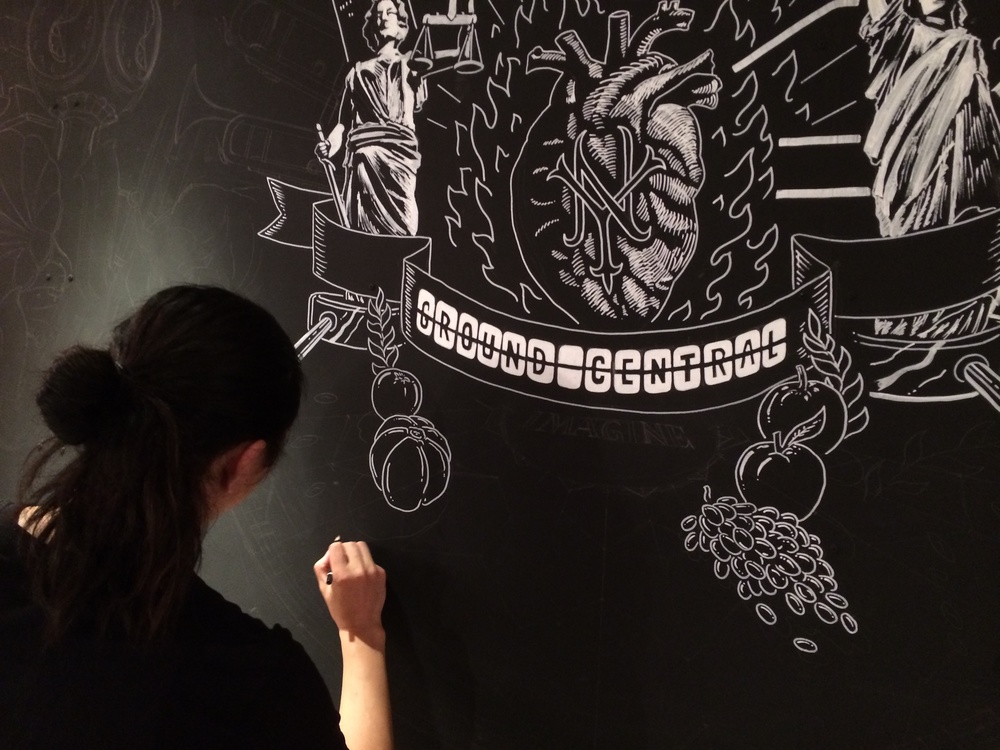 First, pretend that you’re an artisan. One who makes products by hand, of the highest possible quality, and out of the finest...