In Miami, the View from Villa Venetian

Viewers glancing at the image to the right might mistake that vista off in the distance for Giudecca Island, just a few minutes by private launch from San Marco Square in Venice.

But they’d be wrong – about everything except the name.

That’s downtown Miami in the distance, as seen from an infinity edge pool at a home known as Villa Venetian.

The residence was originally designed and built a decade ago in a mashup of the Mediterranean and modern styles. It was less than successful.

“The client came to us two or three years ago and said: ‘Here’s a house with a great view but nothing about it works for us,” says Paul Fischman, Principal, Choeff Levy Fischman Architecture + Design.

So the architects, who specialize in Tropical Modernism for South Florida, set about taking down the Mediterranean influence and embracing the views, with a minimalist bent.

“We gutted it from the kitchen to the swimming pool – we were knocking down columns and walls, eliminating beams, and grinding down the risers,” he says. “We ripped out all the glass windows and doors and did a dark bronze finish, for a warmer feel.

The net result? Transparent views through the residence that bring downtown Miami and Biscayne Bay into the house and vice versa.

“With the doors open it acts as a single living space, inside to out, and becomes an extended living room,” he says. “For the infinity edge pool on the roof, we removed a structural beam and replaced it with a vanishing edge – now you can see through the water to downtown.”

That may not be the Hotel Cipriani and its legendary Oro restaurant out there, but who cares?

Because that’s a legendary Florida sunset hovering over Biscayne Bay, just waiting to be taken in. 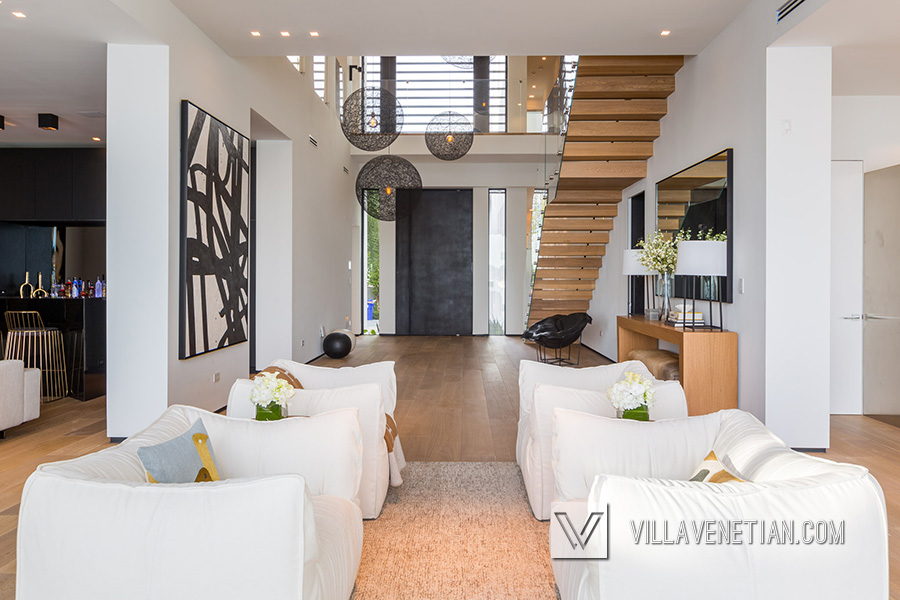 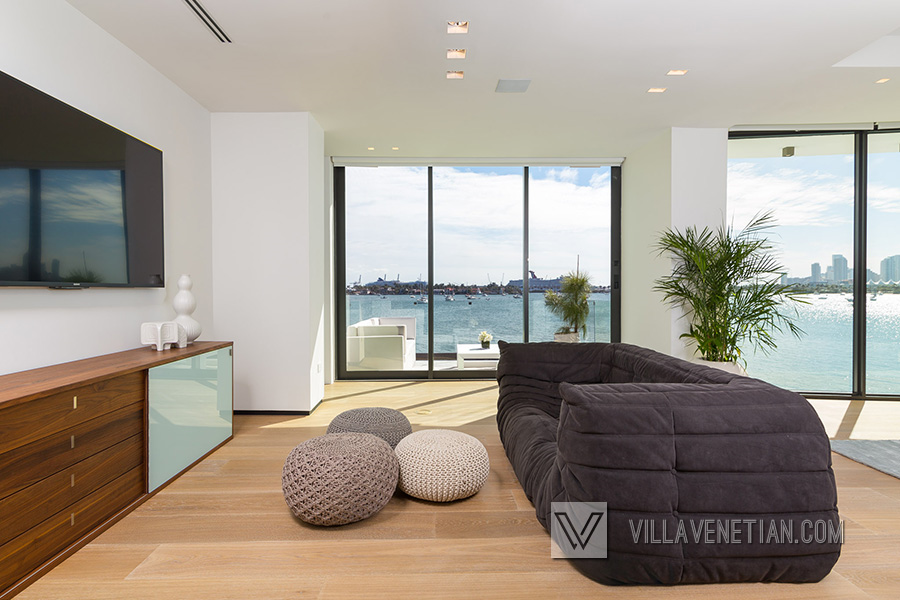 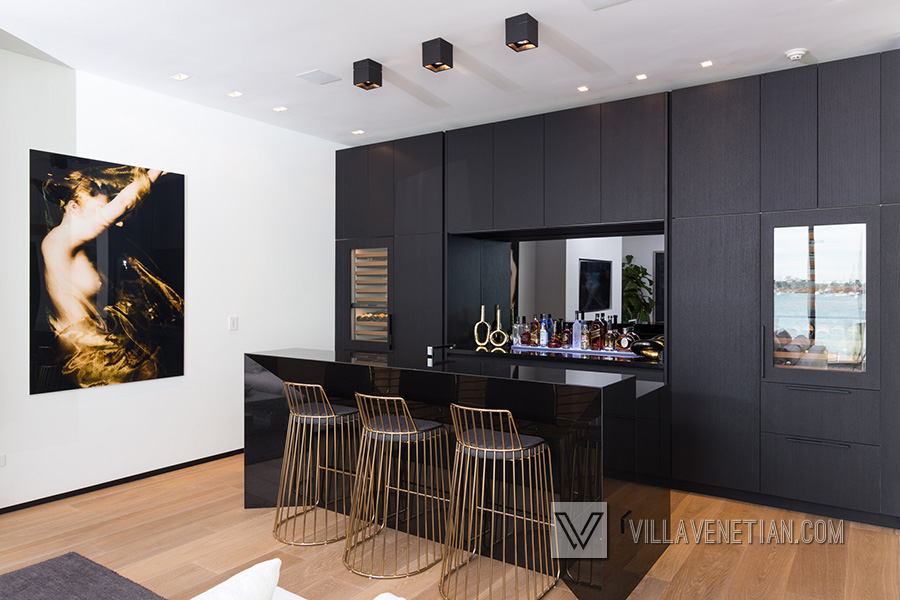 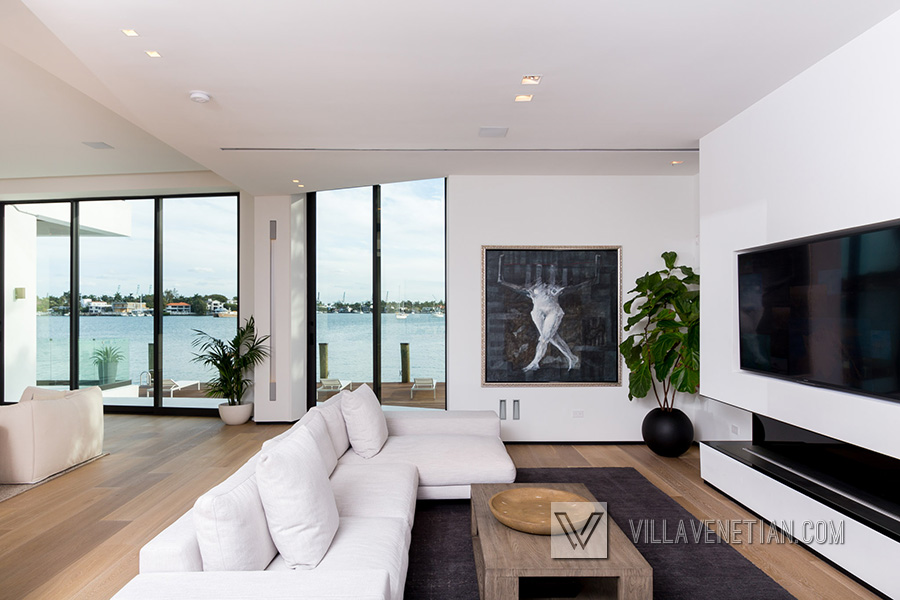 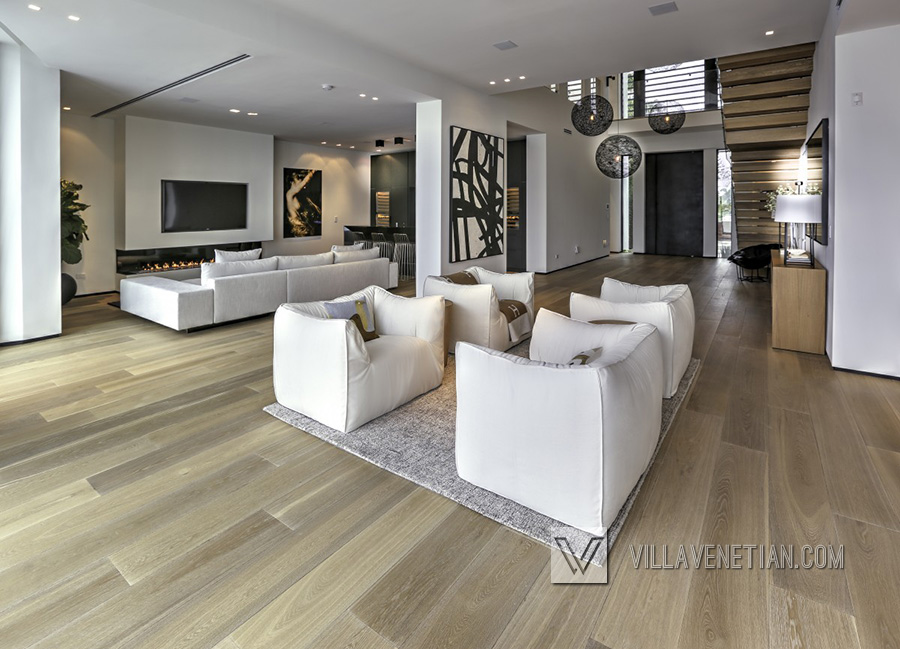 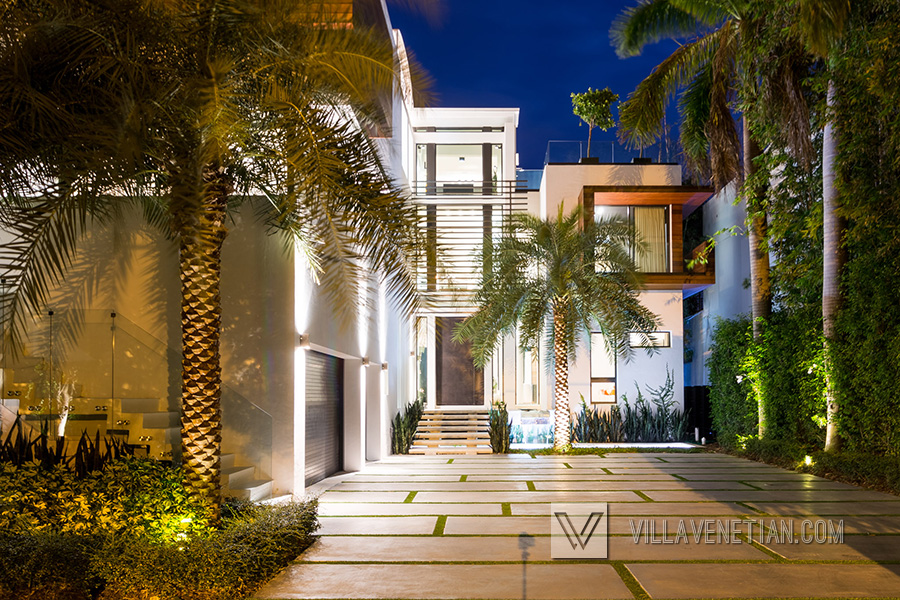 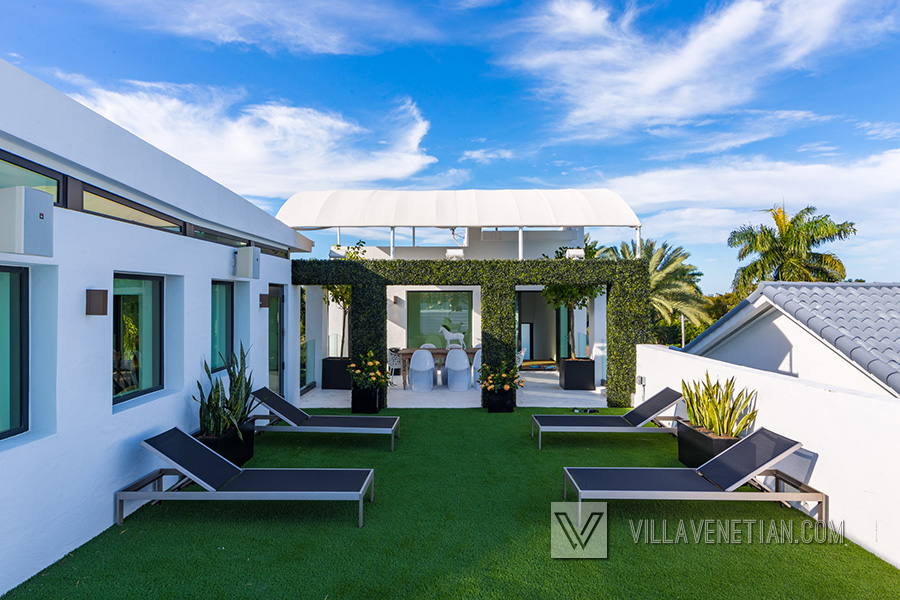 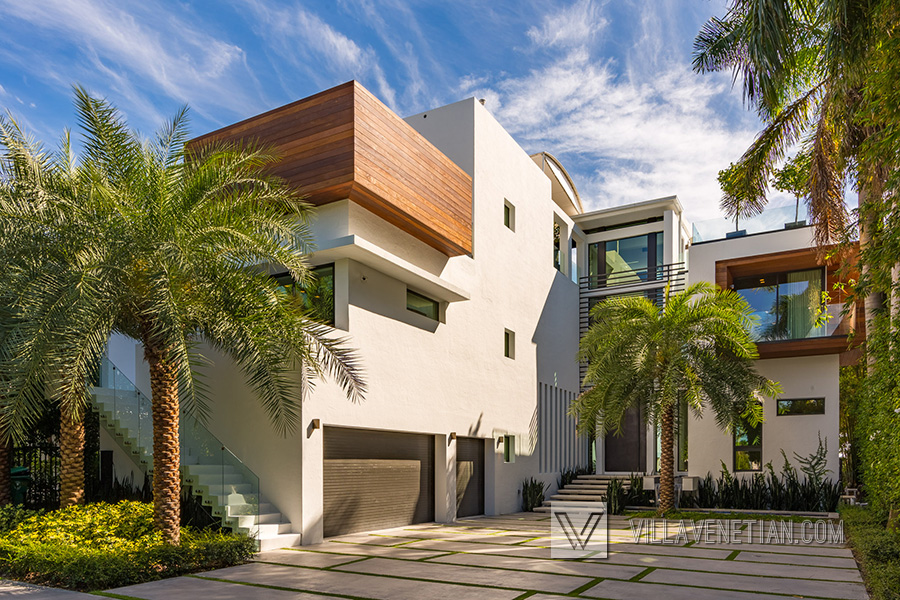 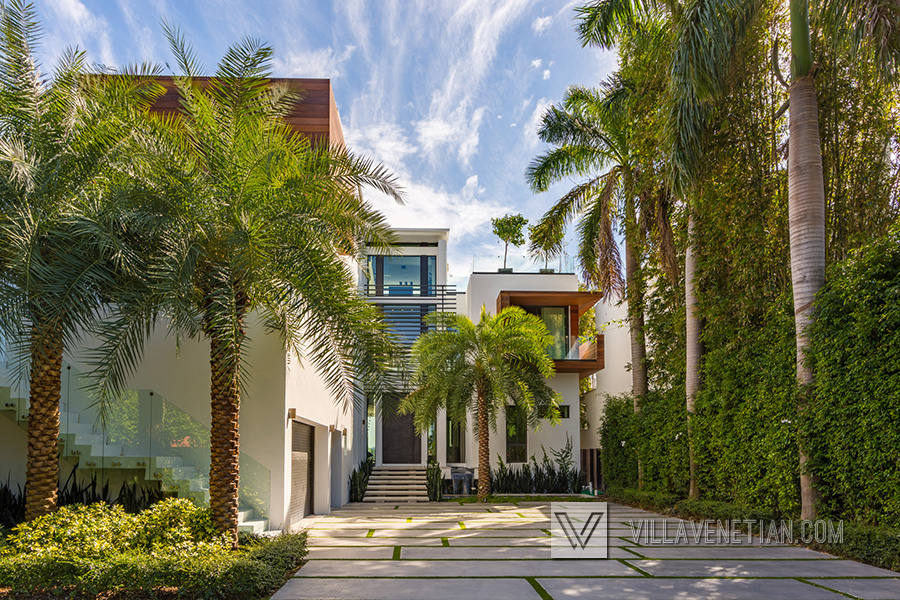 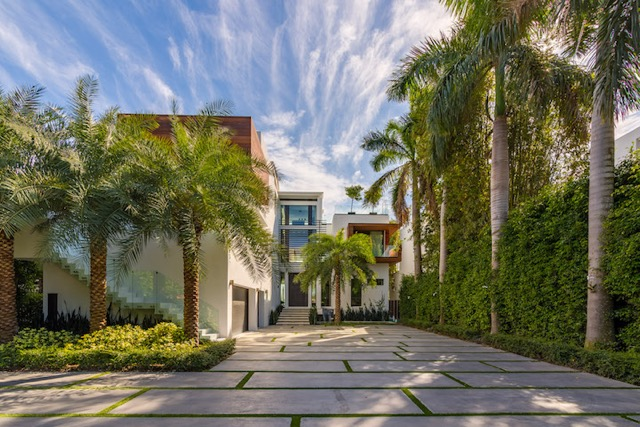 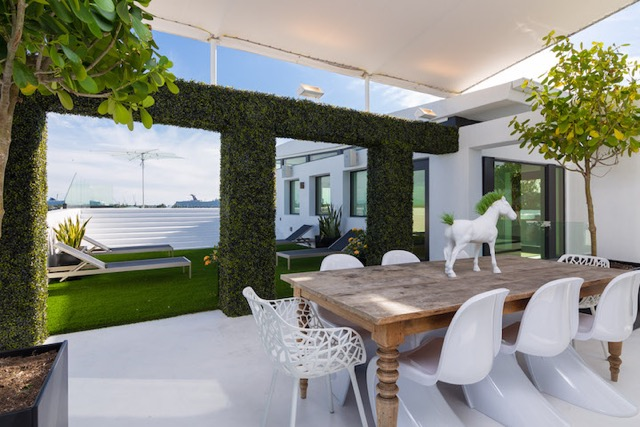 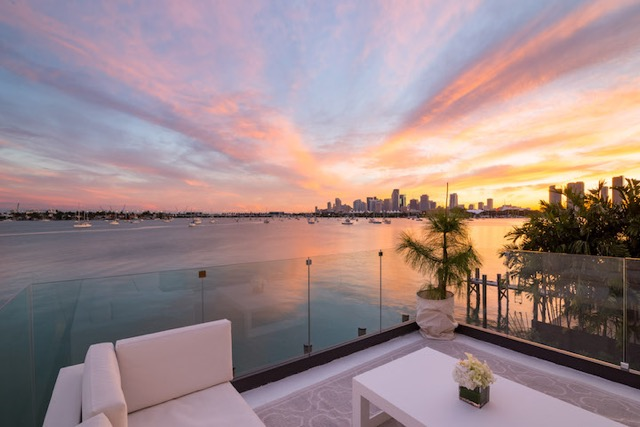 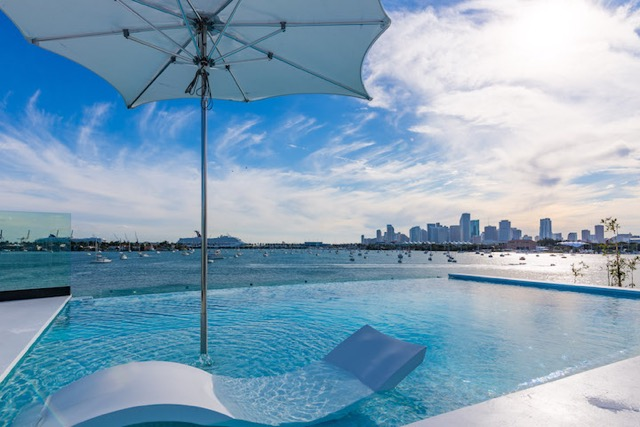 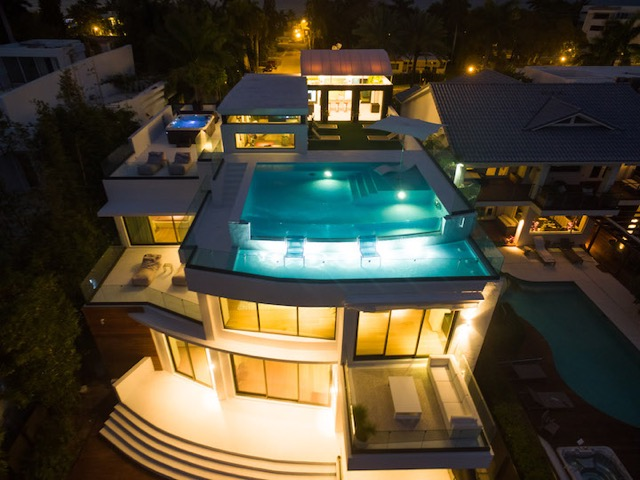 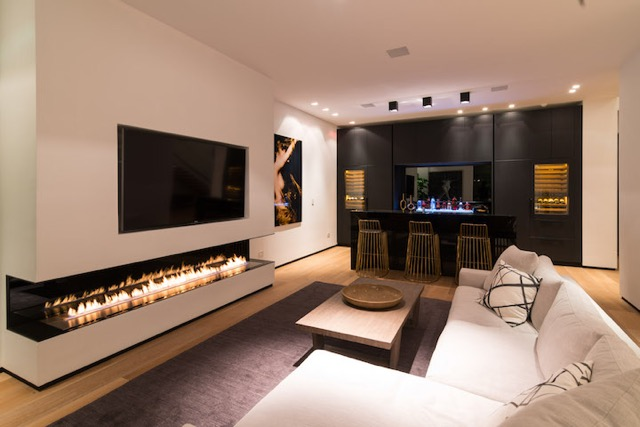 The Casa de las Lomas, or House of the Hills, is all about the view. Not of the hills, though. This 8,000 square-foot...