The twelve photographs, mostly architectural, were taken in the photographer’s home town of Sao Paolo.  They were shot with a large format, 4 x 5 Sinair camera via selective focus.  Claudio, a pioneer in the process along with Italian Olivo Barbieri, manipulated the placement of the negative in the camera.  The effect yields images that train the eye, laser-like, on a specific image while its surroundings are less well-focused.

Distortions are reduced.  The subject is enhanced.  And the main effect is to place the viewer in a near-god or giant-like position, as though looking down at an architectural model with child-like wonder.

“It’s like looking at something that’s real, but that’s a toy,” Andrew said.

Among the subject matter are Oscar Niemeyer’s’ Biennial, the rain forest at Sao Paolo’s center and a ceiling in one of the city’s cathedrals.

Claudio shoots with film, then scans the images and prints them digitally.

Since the late 1970s, his work has appeared in Rolling Stone, Vanity Fair, The New York Times Magazine, Life, Time and Newsweek.

In 1989 and 1990, Claudio photographed patients at the Juqueri Psychiatric Hospital in São Paulo, the largest insane asylum in Latin America, after spending weeks living among them.  The resulting work, “Madness,” was published in 1997, and received the Ernst Haas Award.

For more on Claudio Edinger, go to http://www.claudioedinger.com 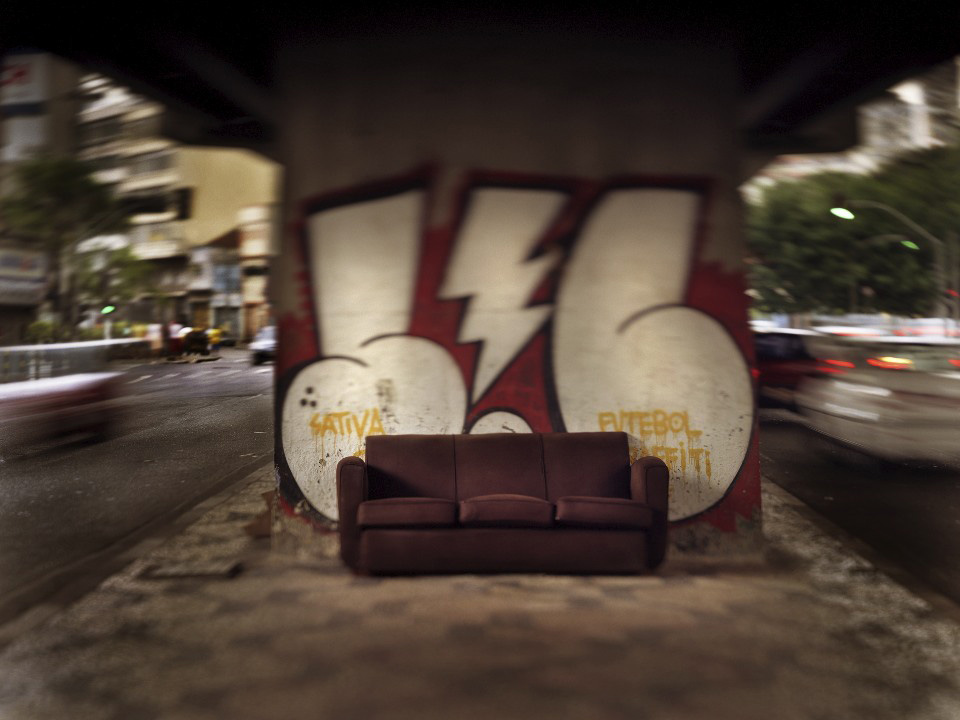 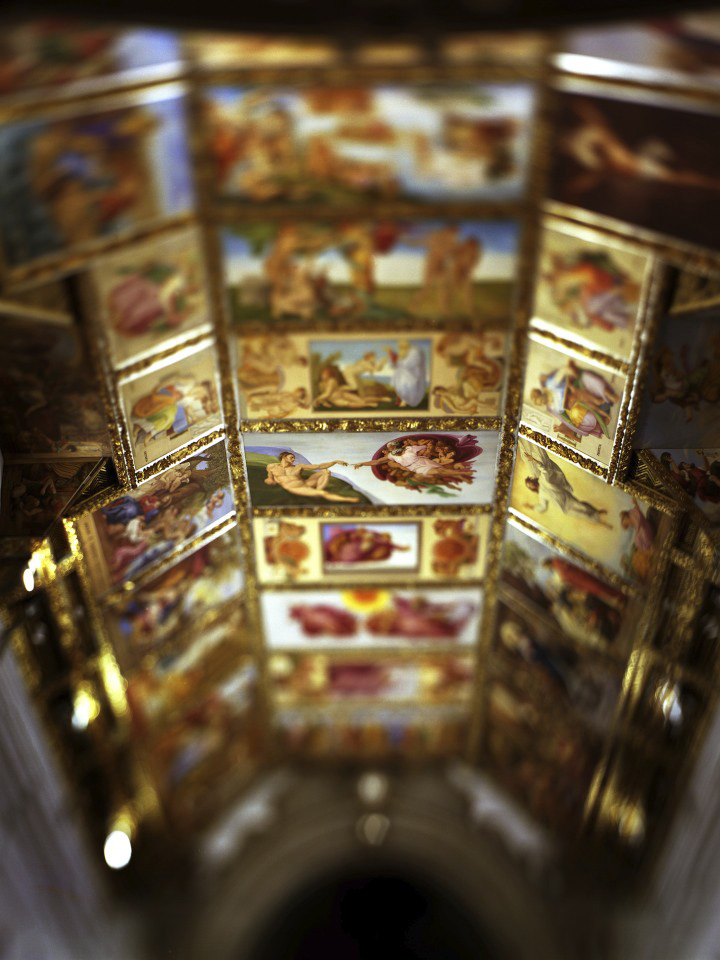 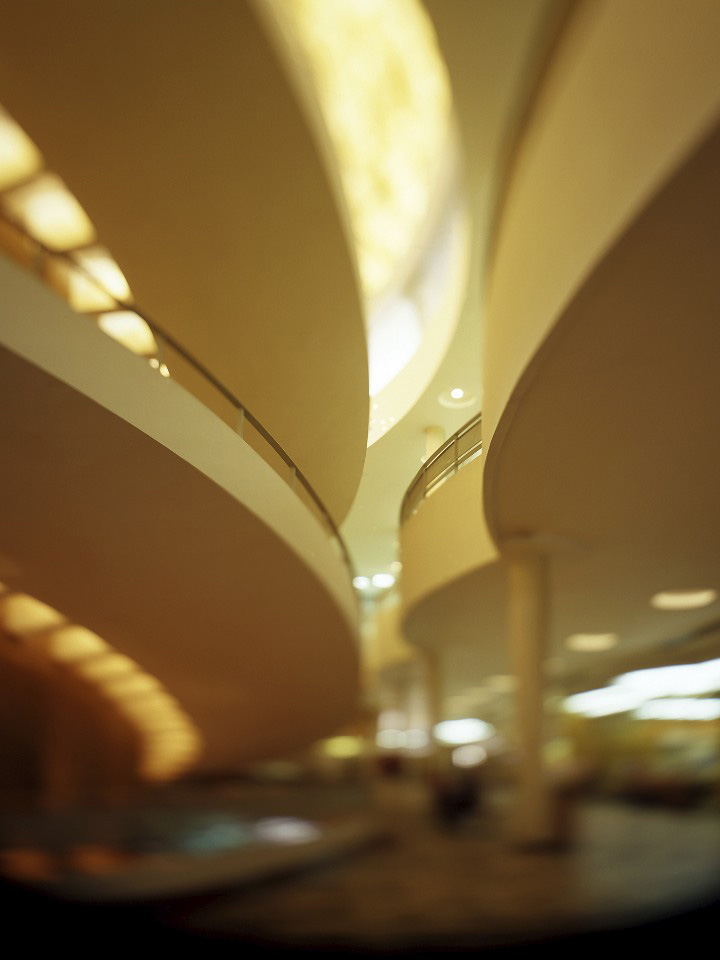 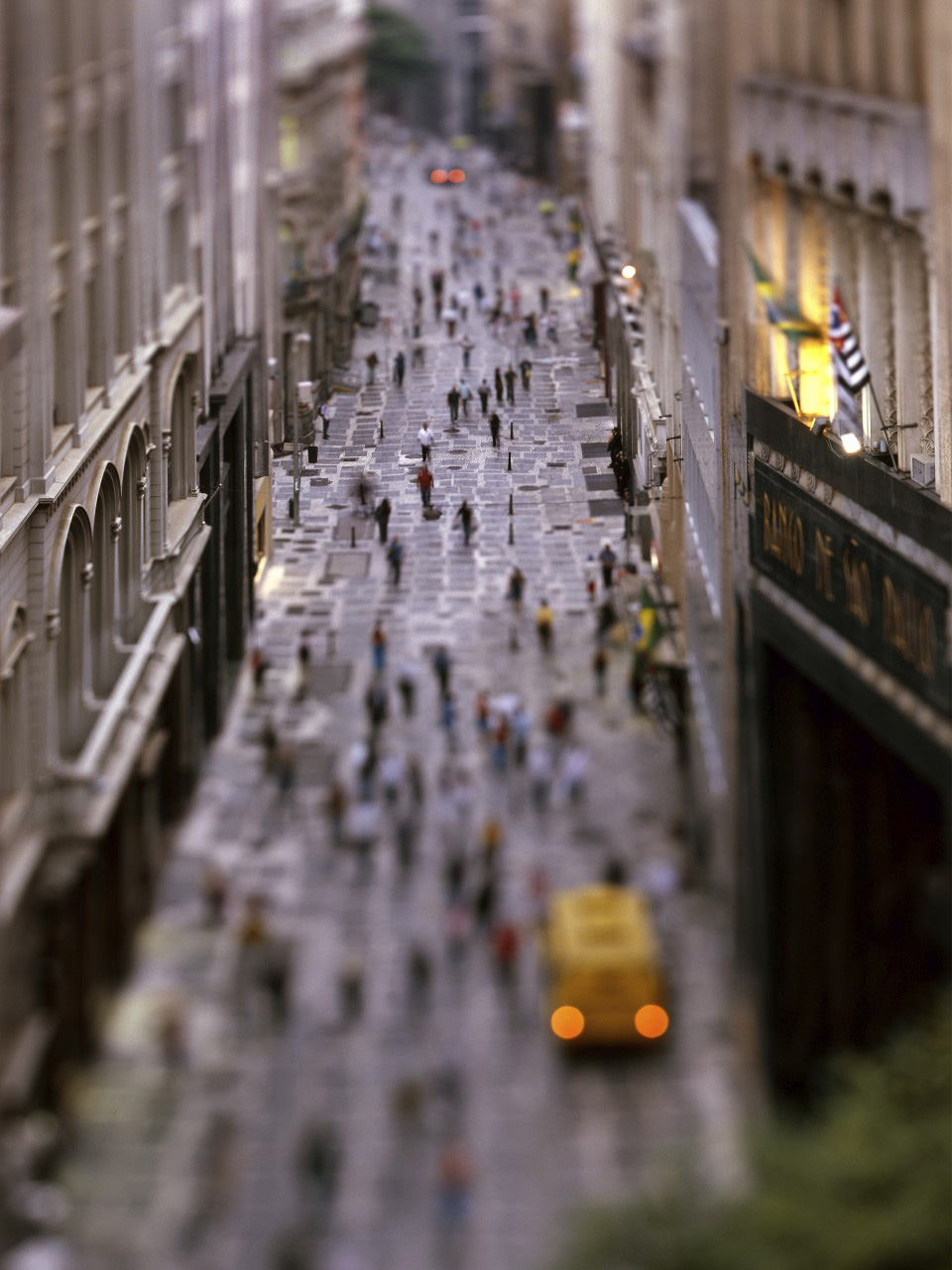 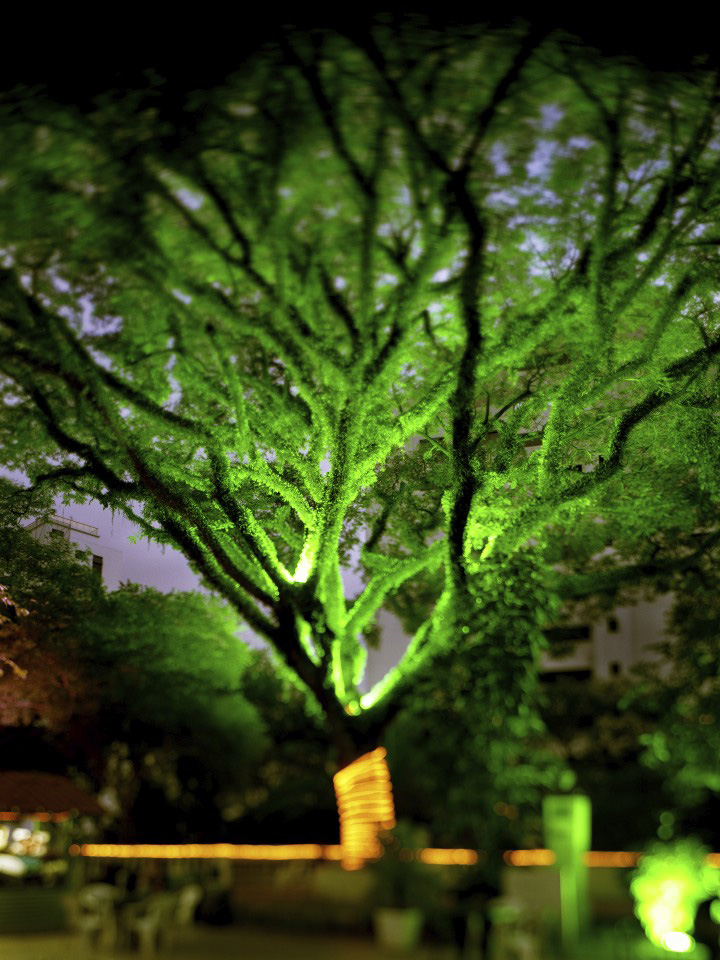 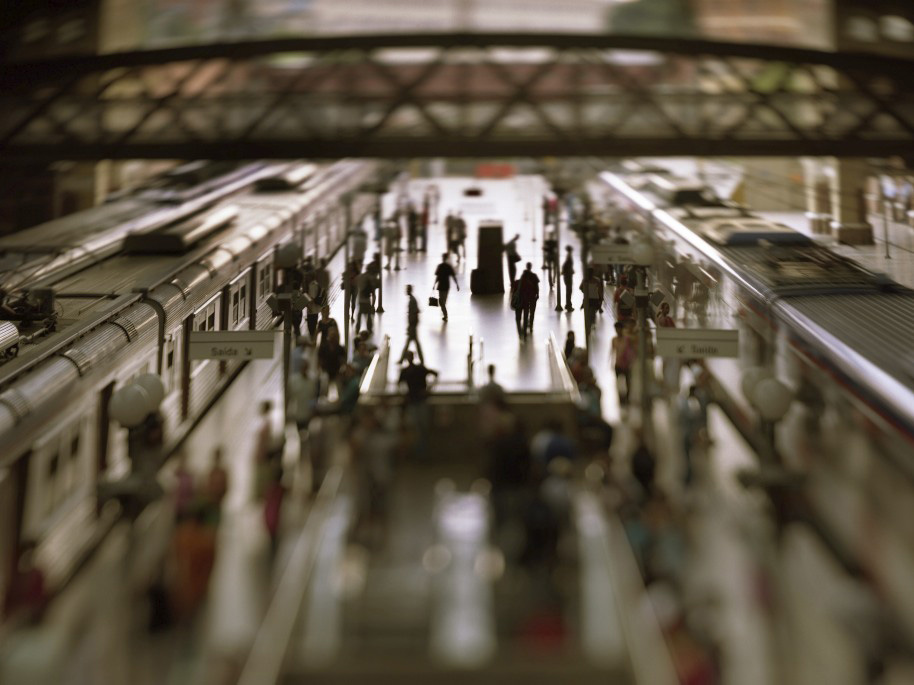 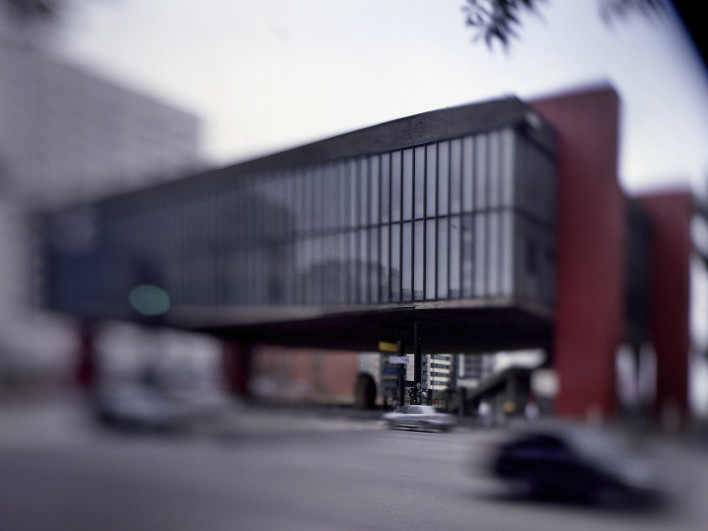 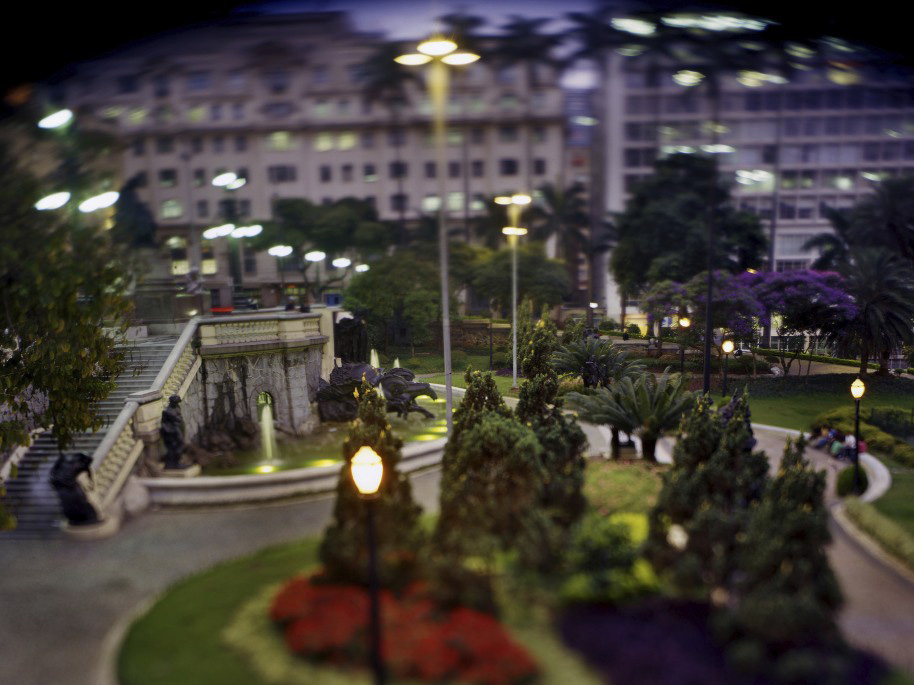 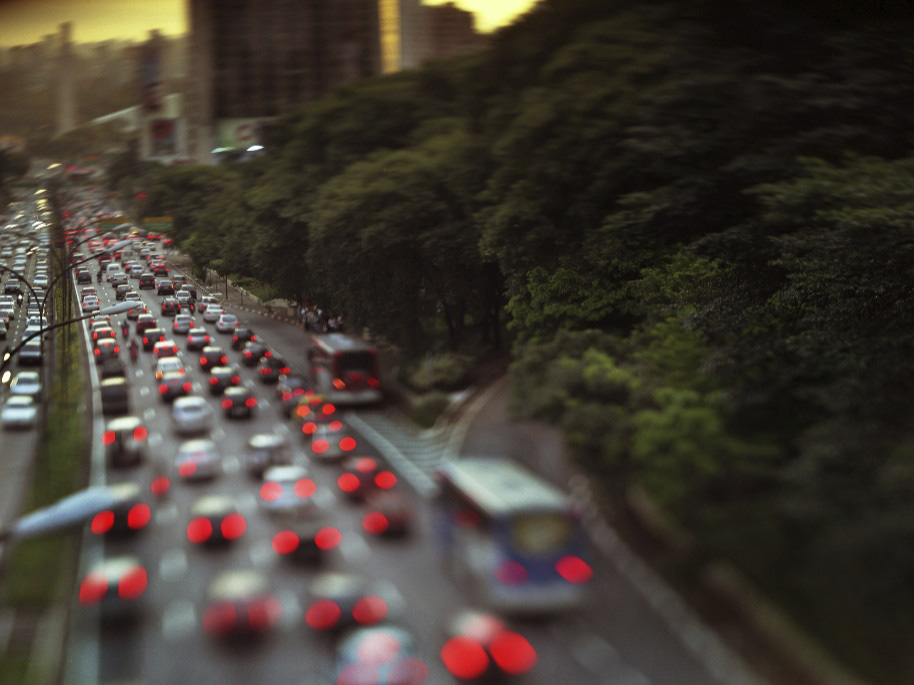 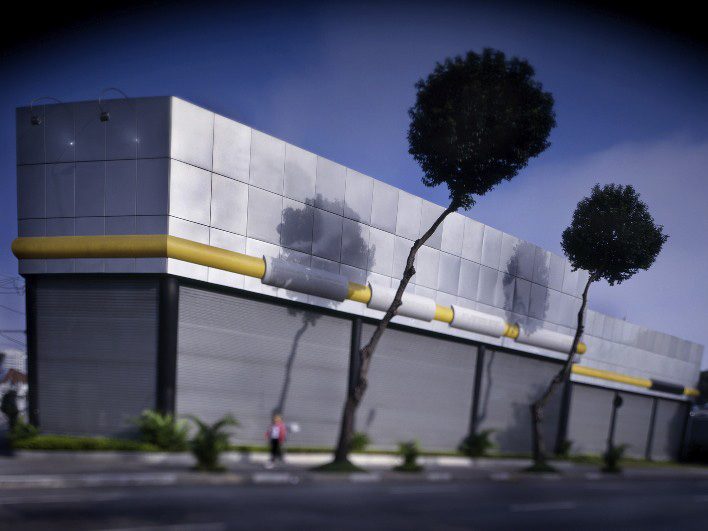 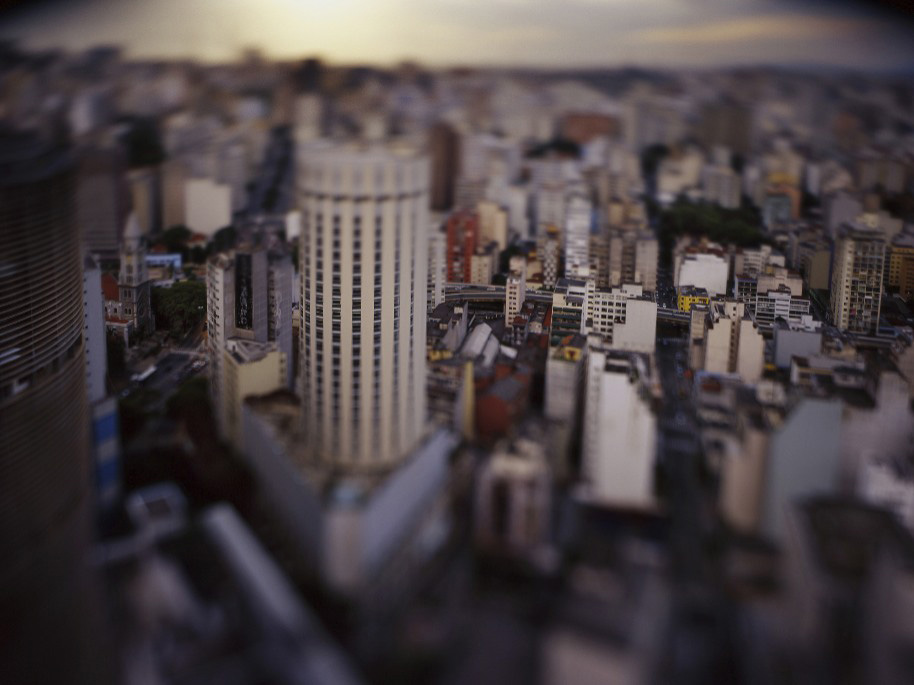 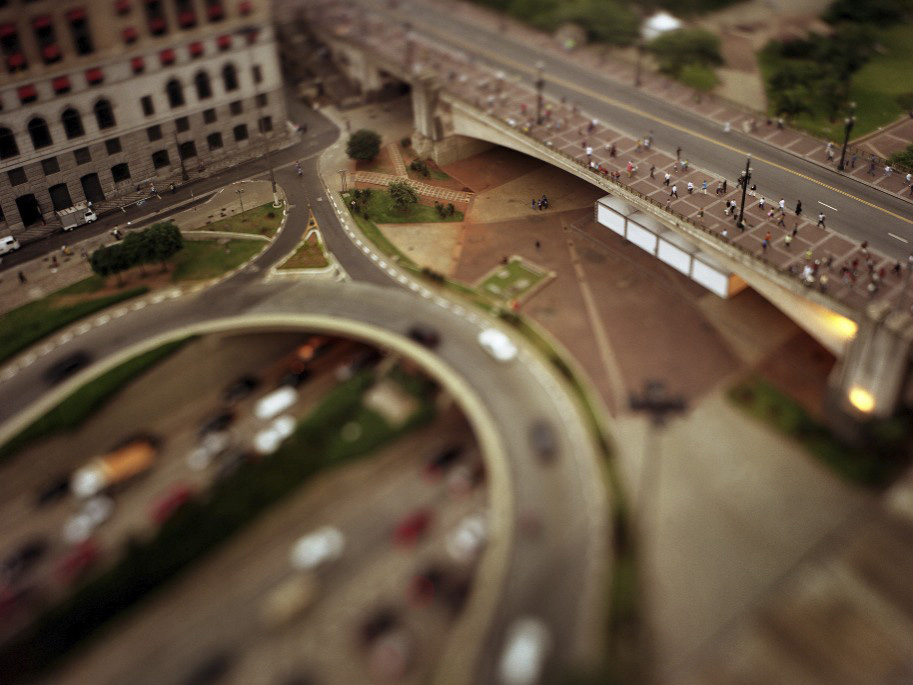 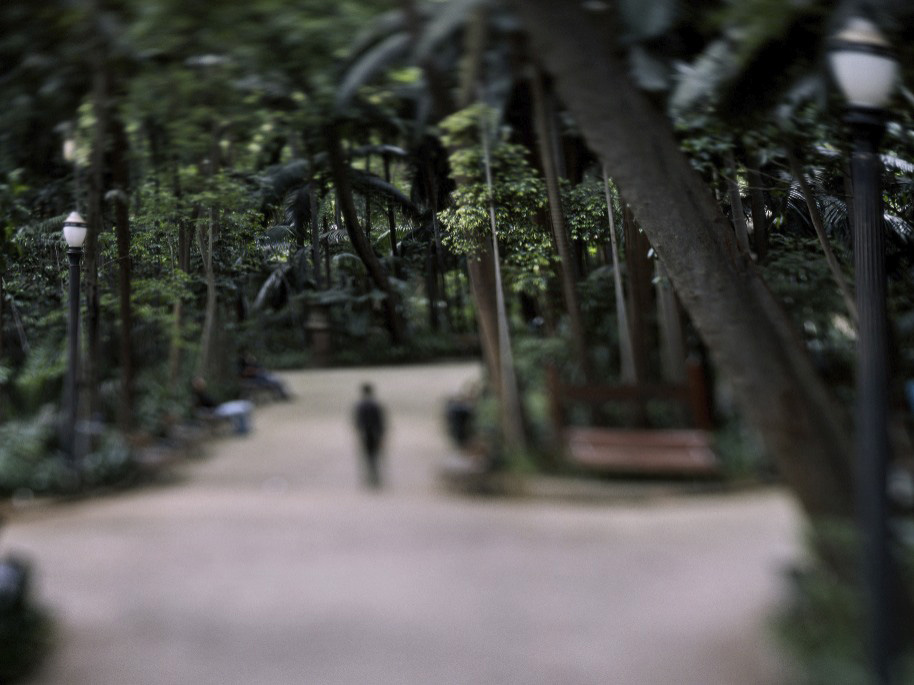 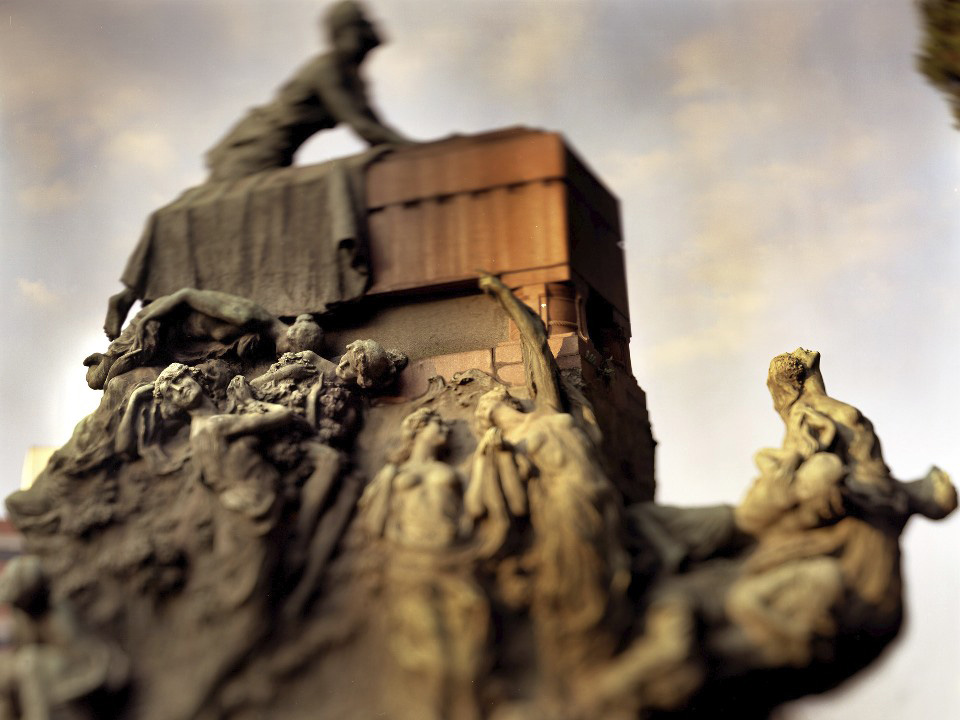 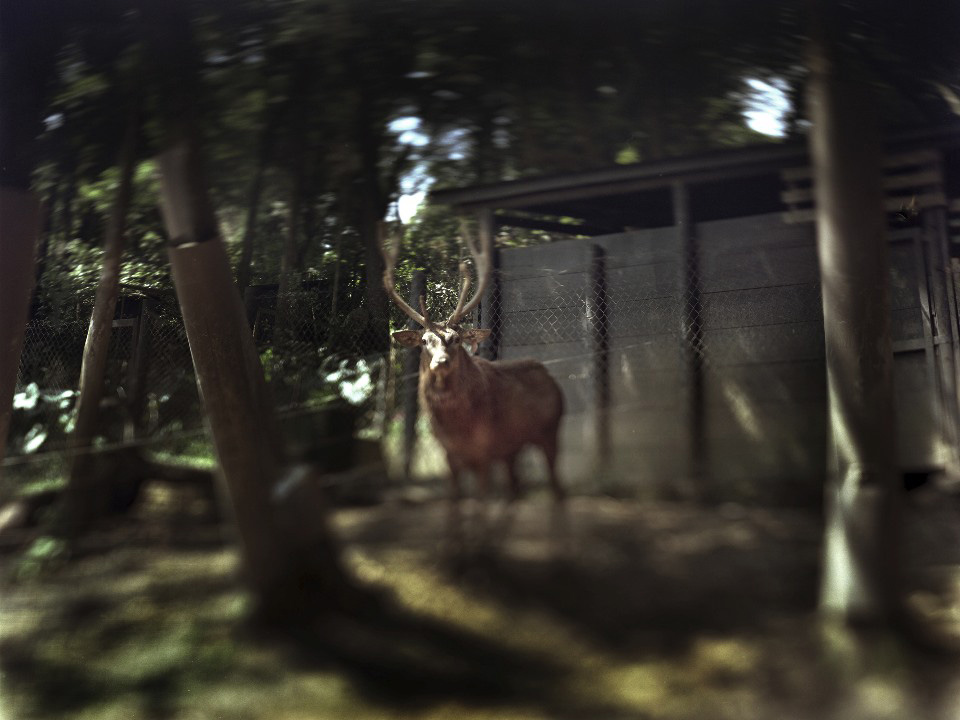 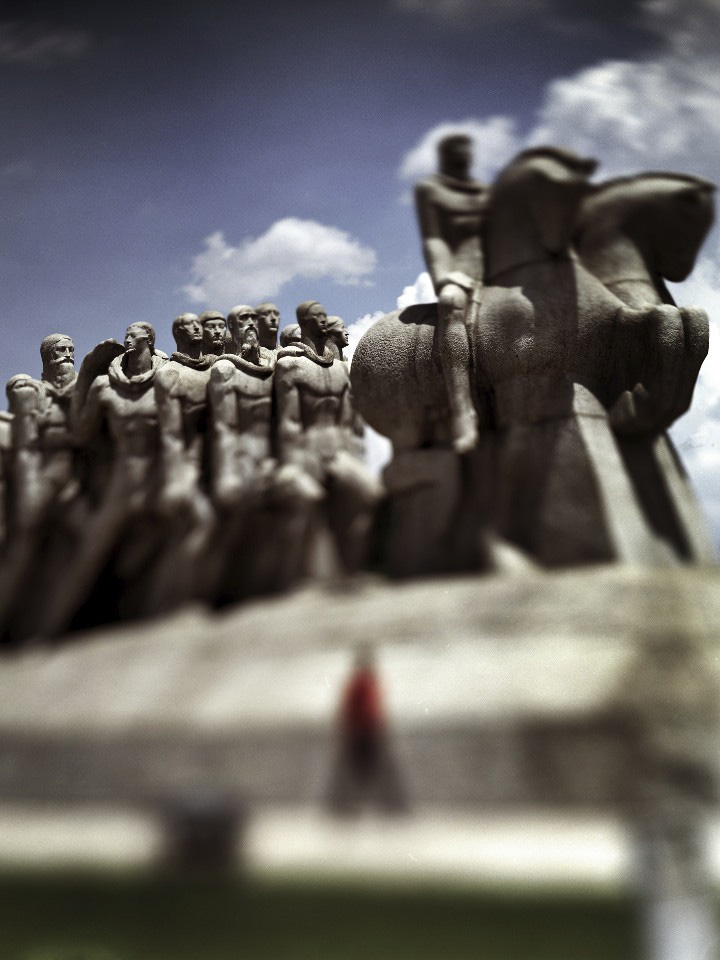 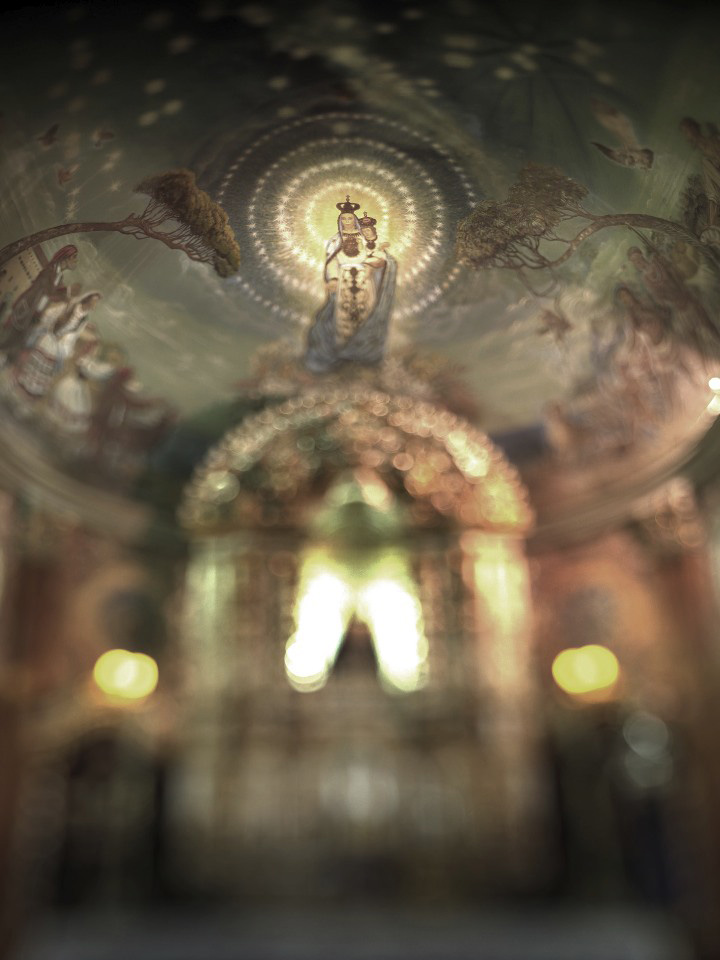 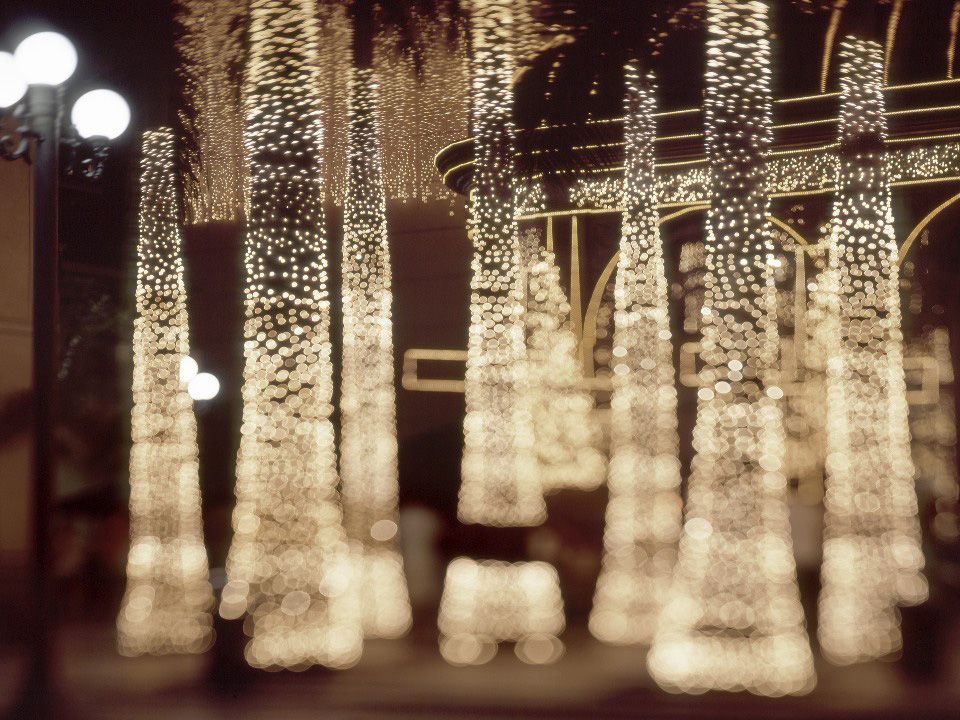 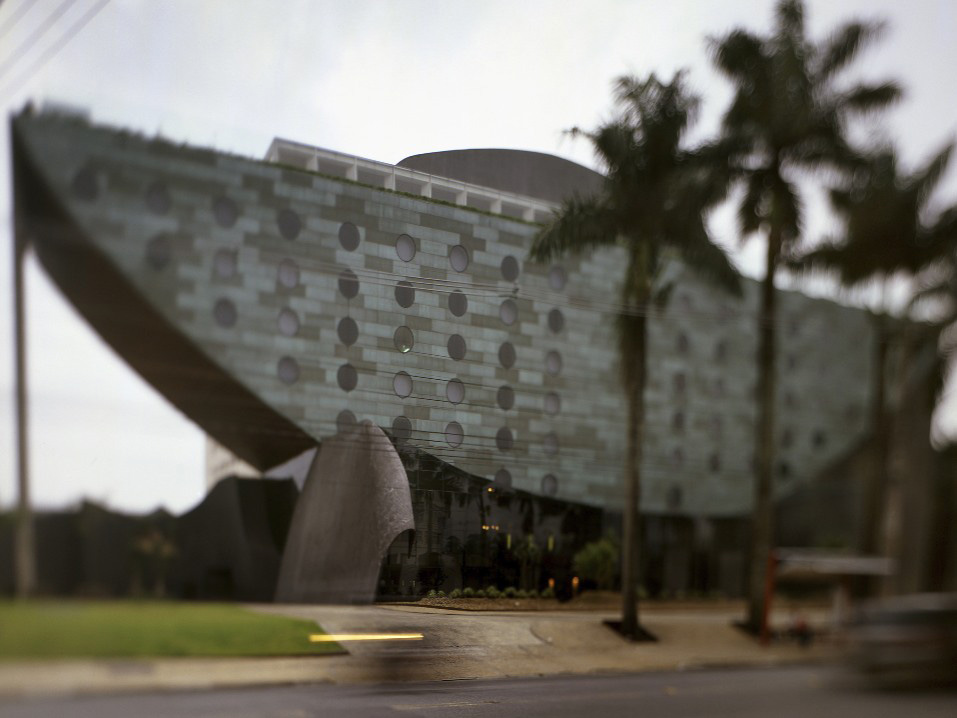 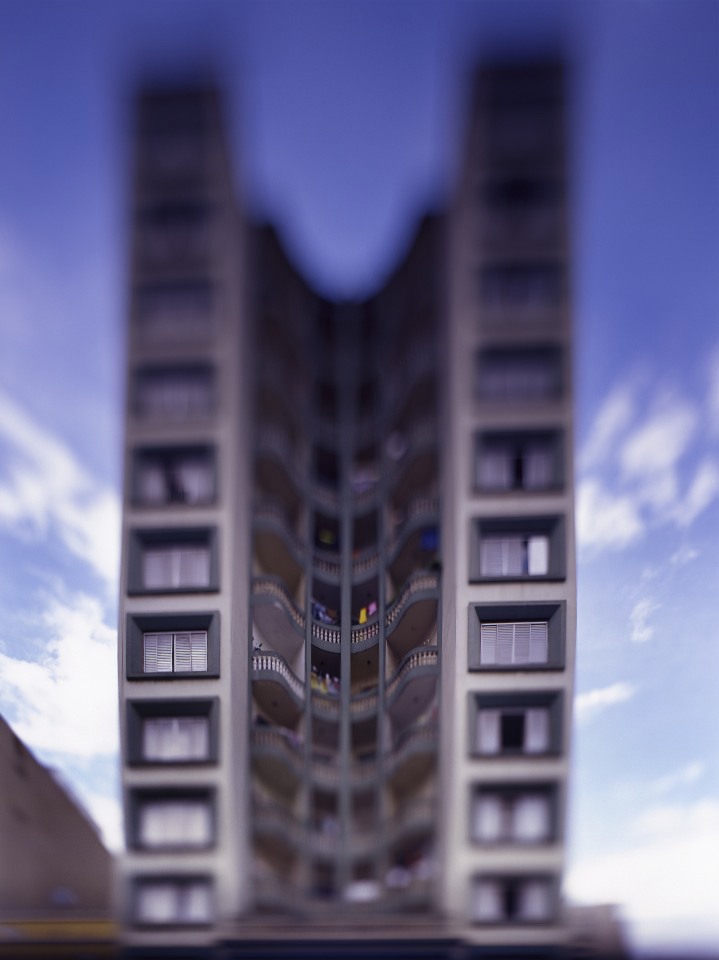 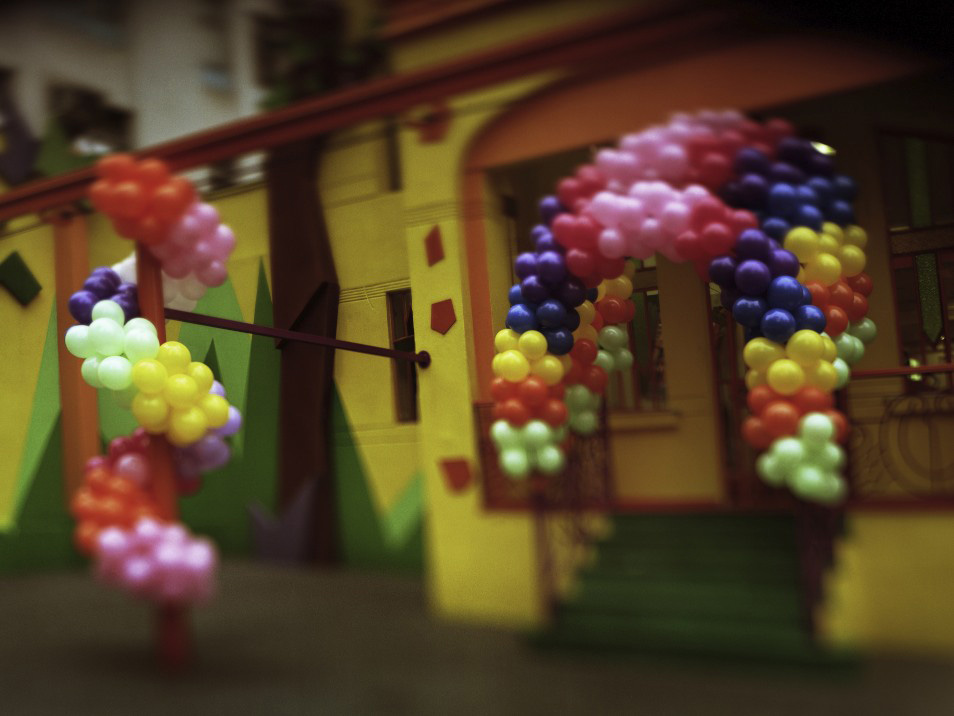 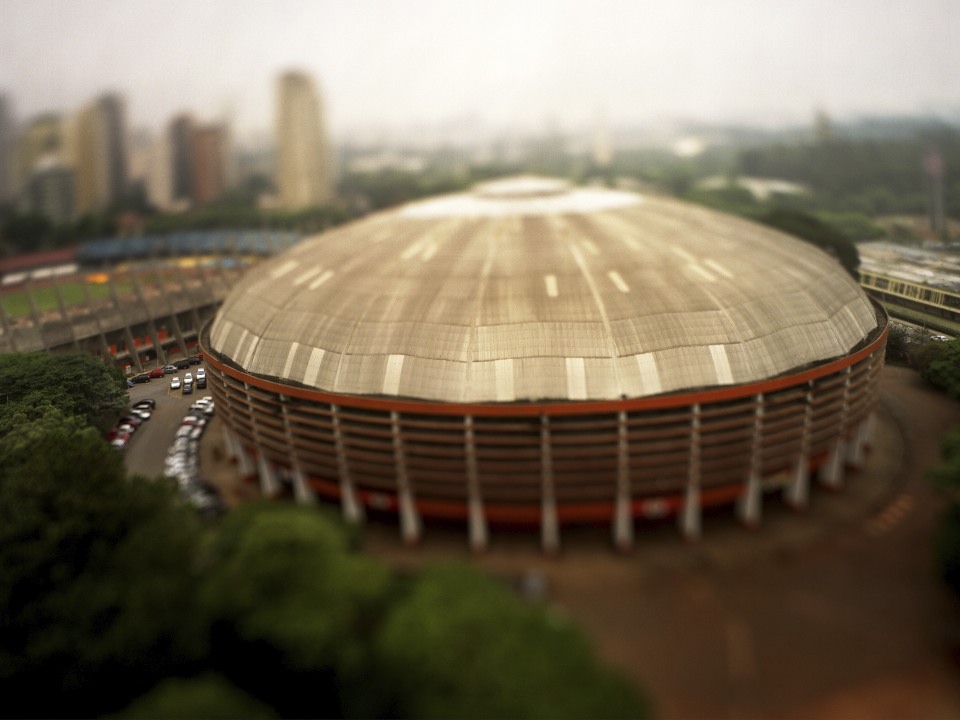 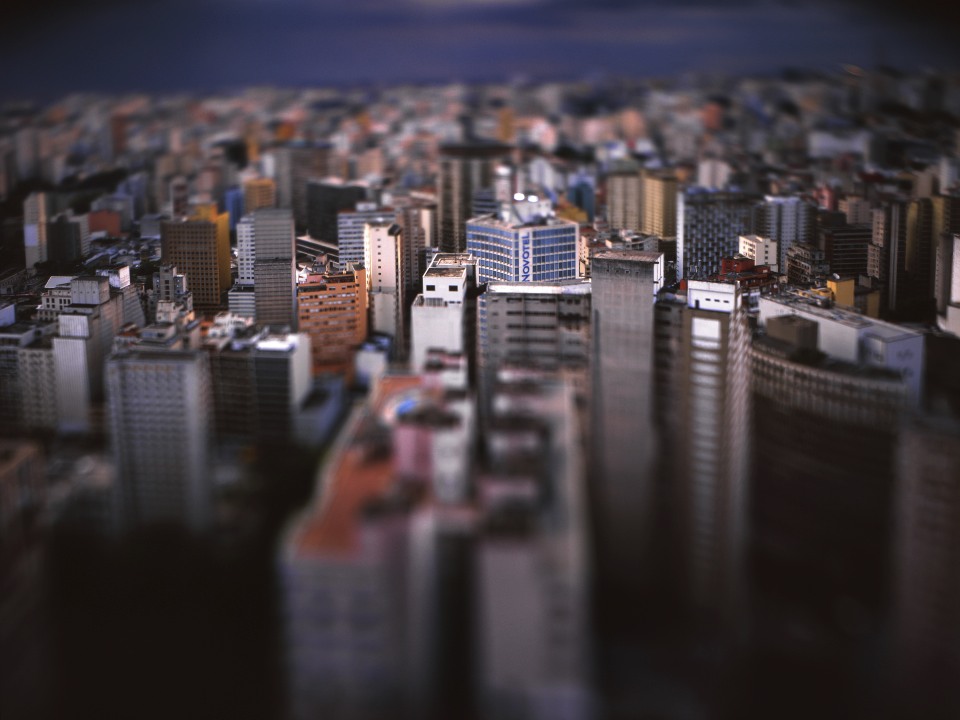 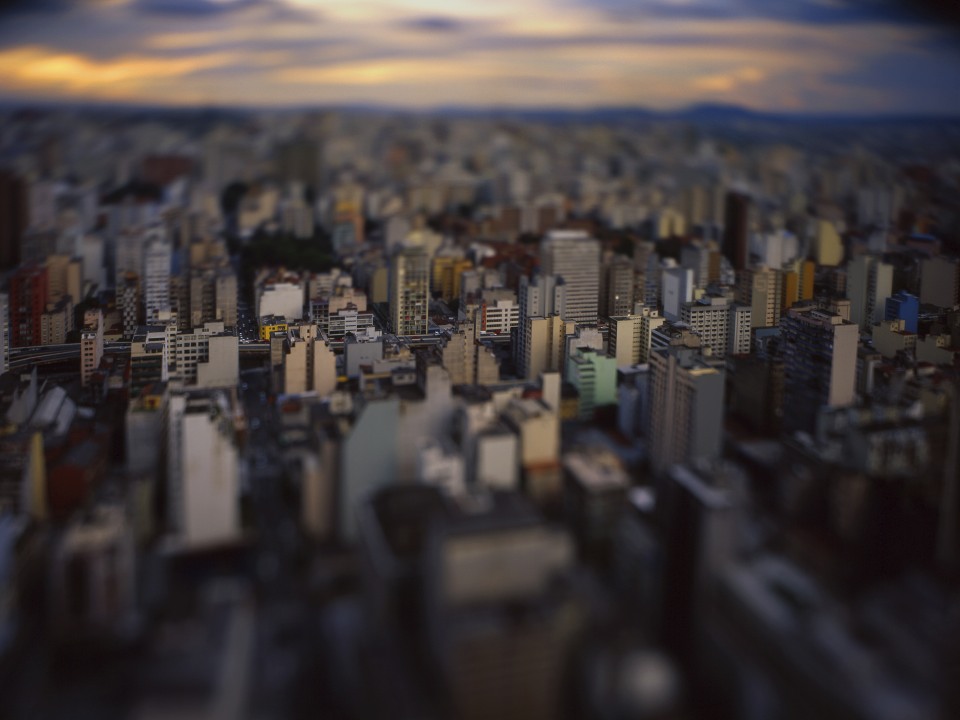 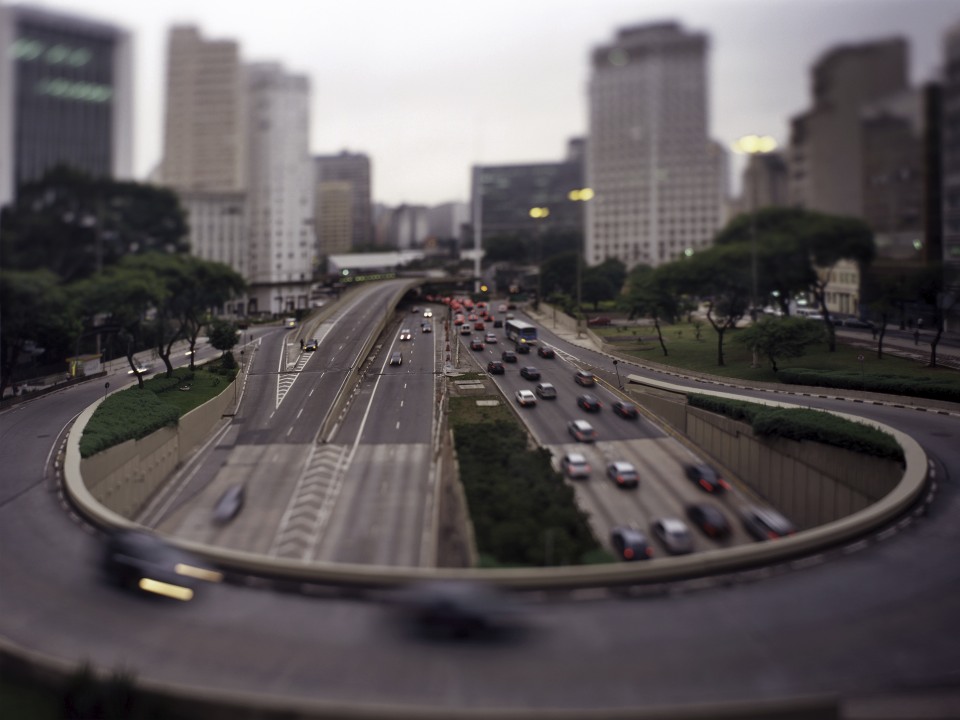 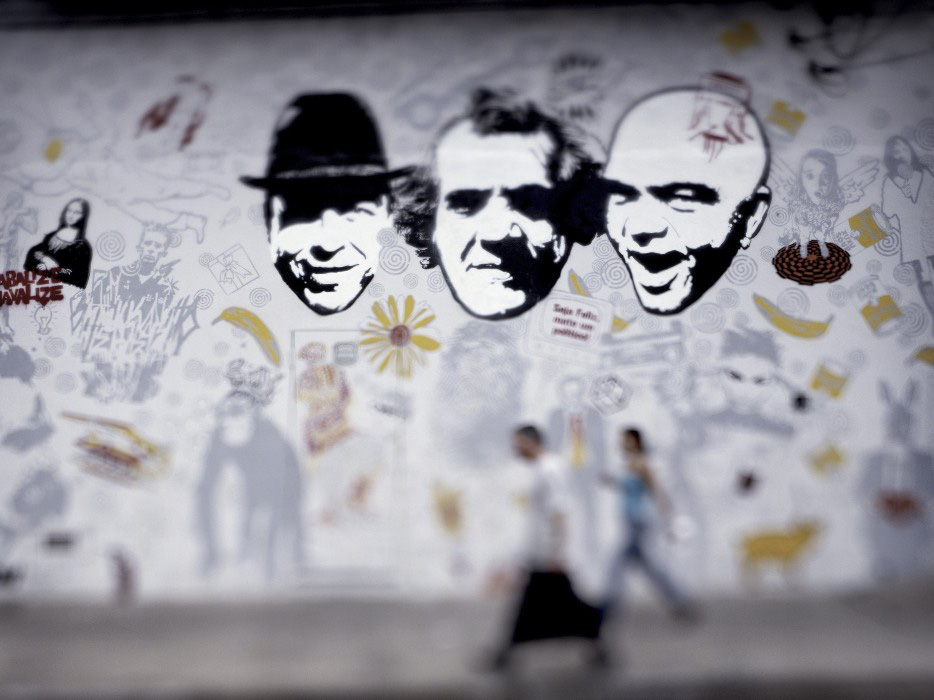 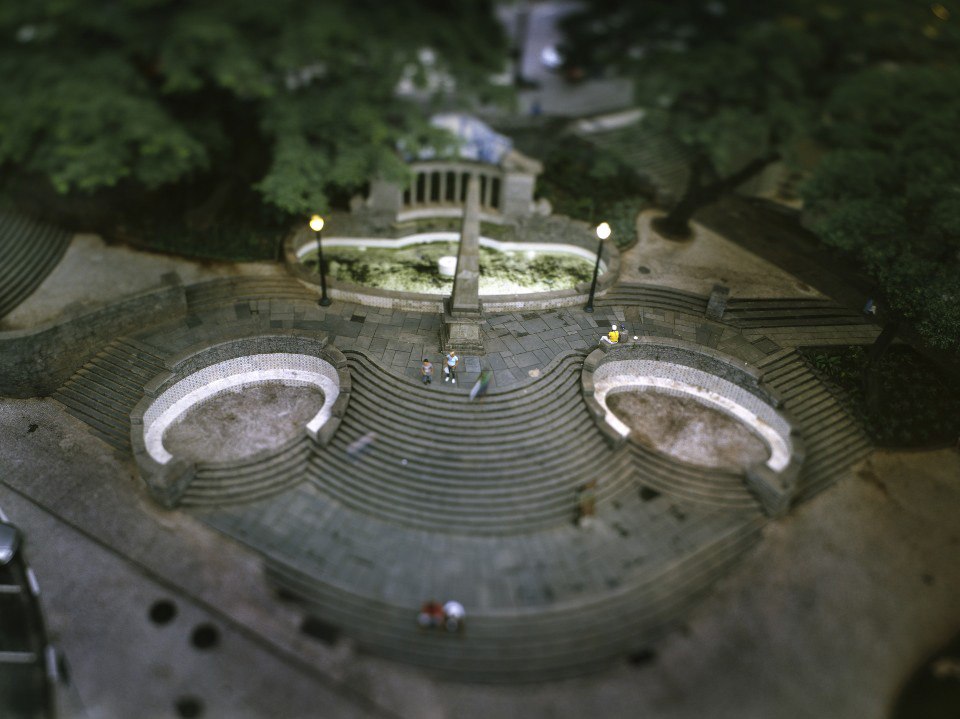