In L.A., a Restaurant by Rolling Stone

“It was an interesting experience,” Gavin said.  “He’s definitely someone who knows what he wants, and how to protect his brand.  He was approving every detail, particularly the lounge and bar, and which piece of art went where.”

The dual-level destination was retrofitted into an existing space in the Hollywood & Highlands Center, adjacent to Grauman’s & Mann Chinese Theater, Lucky Strike Lanes and the Kodak Theater, home to the Academy Awards.

From the street, a two-story, half-cylinder of paned glass rises from Highland Avenue for natural light during the day.  Patrons enter at the second level, from the mezzanine rotunda off Highland, into a lobby highlighted by pendant lights, cobblestone-like floors in chevroned limestone, and an antique floor cart salvaged from a defunct citrus factory that serves as a reception desk.

The 5,900-square-foot upstairs dining room welcomes up to 140 guests and an additional 40 on its country-club style patio with vertical gardens.  A V.I.P lounge has its own separate entrance toward the rear, with an antique, raw-looking space inside that features corrugated steel walls and a period zinc bar salvaged from a Cleveland establishment.

The designer worked to fuse old world sensibilities with new, mixing antiques with contemporary pieces for modern comfort.  “We wanted a good mix of history, of Europe, with Americana from the railroads and the original factories,” he said.  “We wanted some things that have been standing for years, but some things from today too.”

There’s an 18-foot-long chandelier with the first 24 Rolling Stone covers embedded in it, a curved caged dome of glass and iron lit by street lamps, walnut-hued hardwood floors, 1950s-styled leather chairs and tufted red-leather banquettes. One area with five British-style lampposts is illuminated by a leaded-glass ceiling, giving the impression of a natural skylight, while another section is lit by octagonal ceiling fixtures cradling amber LEDs.

“Because it’s in the mall, we wanted to appeal to the tourist crowd,” Gavin said.  “But we wanted to cater to the Orange County and Hollywood areas too.  We hosted the American Music Awards after party in late November.”

Could the Academy Awards – or even a second restaurant and lounge for New York – be far behind? 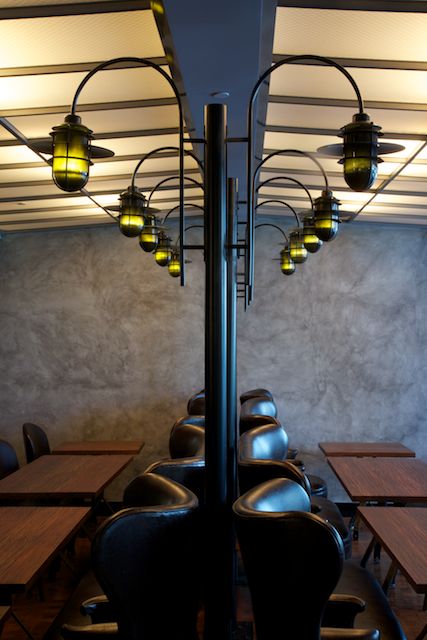 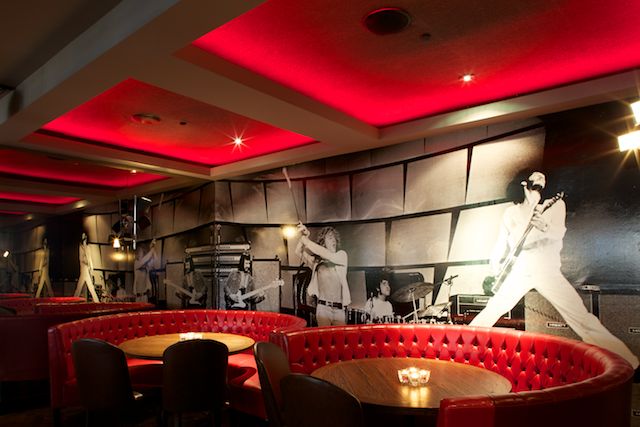 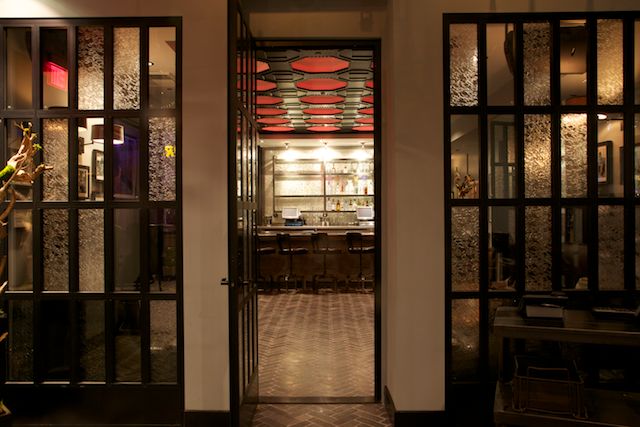 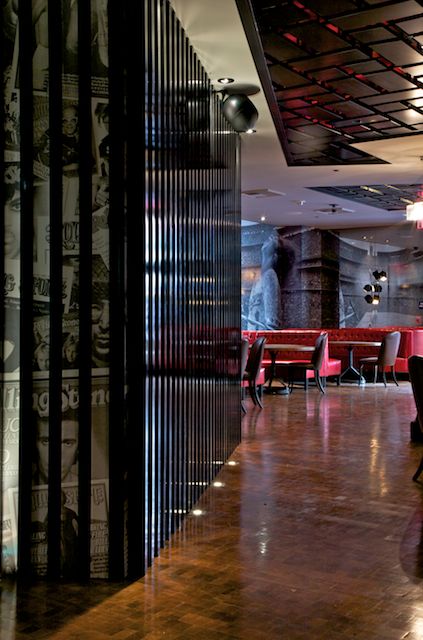 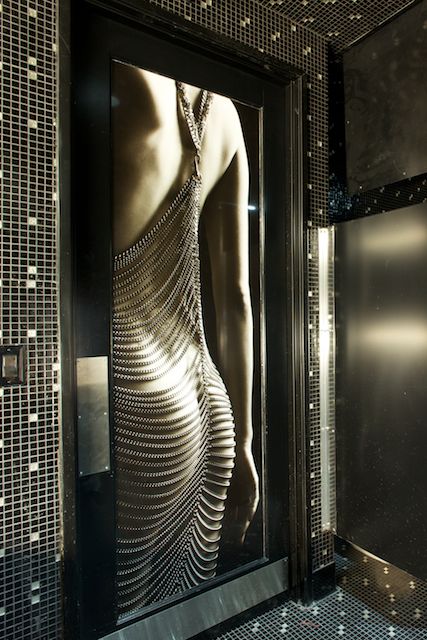 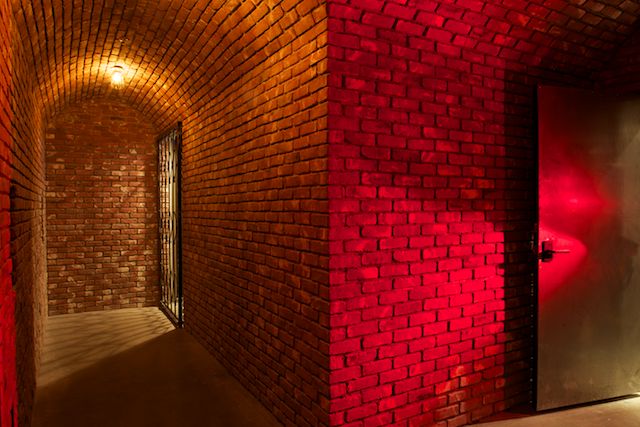 Definitely something to check out. I just always have doubts about anything in that Hollywood & Highland center…

For a prolific 15-year period between 1880 and 1895, Dankmar Adler and Louis Sullivan teamed up to produce an architecture...