After interior designer Loren Judaken and landscape architect Katherine Spitz created a brave new world out of a backyard in Beverly Hills, they called in photographer David Lena to shoot it.

He spent three days at dawn and dusk, aligning natural light to illuminate their vision made of concrete, glass, aluminum and water.  Then, harnessing three cameras shooting simultaneously, he captured 10 shots that artfully juxtaposed interior spaces and the open areas under the bright blue California sky.

“We got lucky with crystal clear blue skies and some clouds that were ablaze in the morning light,” he says.

The greens looked best at the brighter part of dawn and dusk, while interior spaces under the awnings looked best in the darker part of dawn and dusk, when practical lighting illuminated these areas well.  His challenge was to capture exposures throughout the dusk and dawn periods and blend them together to produce the best of both worlds for each view.

“The idea is to find a quality of light that allows the building to show at its best,” he says.  “The best light is often the truest light – the elements of design registered in their true color.”

To find that balance means working with contrasts.  At dusk there’s an enhanced color contrast between the warm light of the western sky and the cool light of the blue eastern sky.  The same contrast of warm and cool light exists at dawn, but from the opposite directions.  “It’s the color contrast from these moments of the day that created the most dramatic natural light,” he says.

And it helps to be shooting the work of a design pair as accomplished as Judaken and Spitz.

“First of all, there has to be excellent design,” he says.  “That means anything stunning that shows real attention to the classics of form and function.”

Certainly, he found that in abundance in this Beverly Hills backyard.

For more information, go to http://www.davidlenaphoto.com 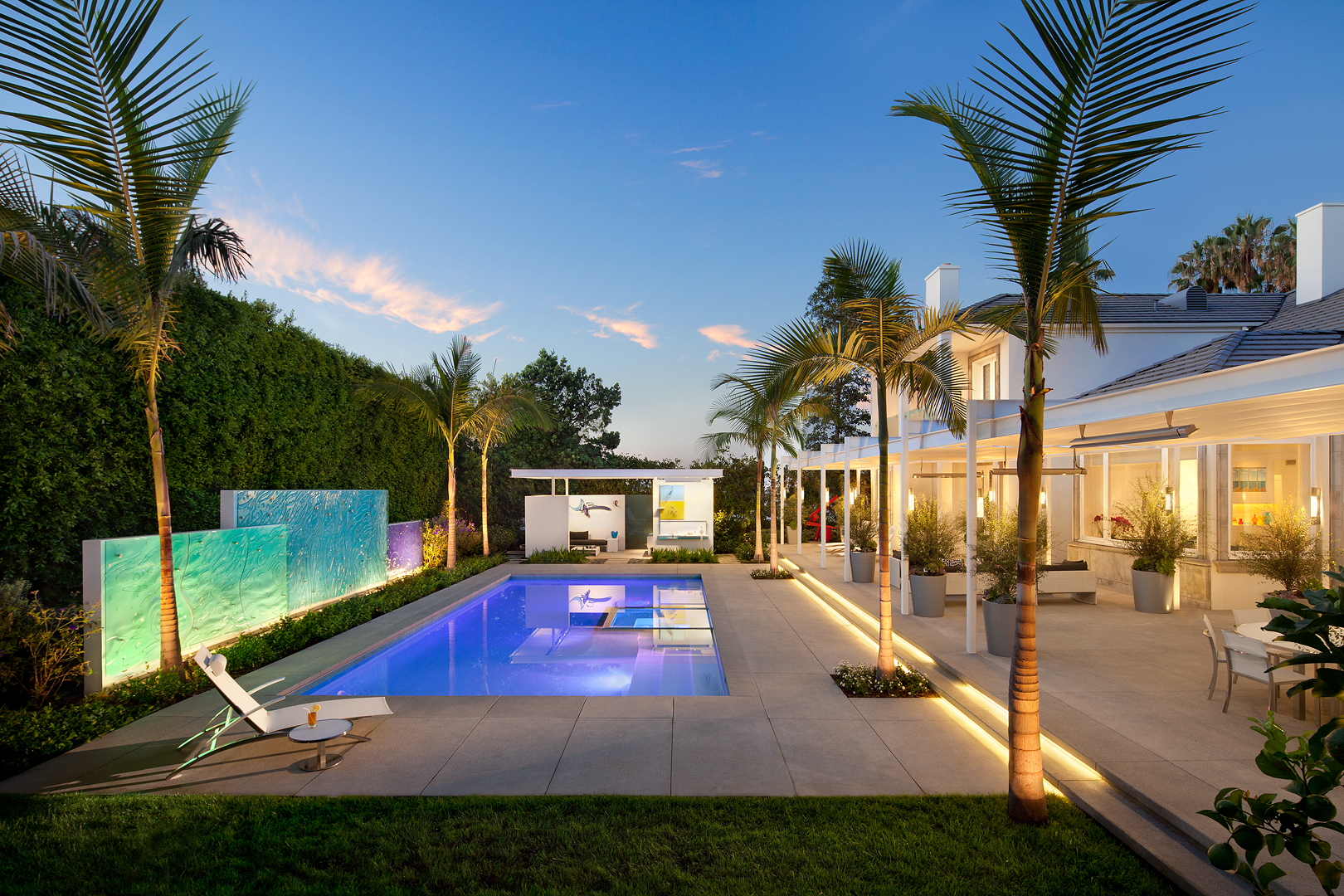 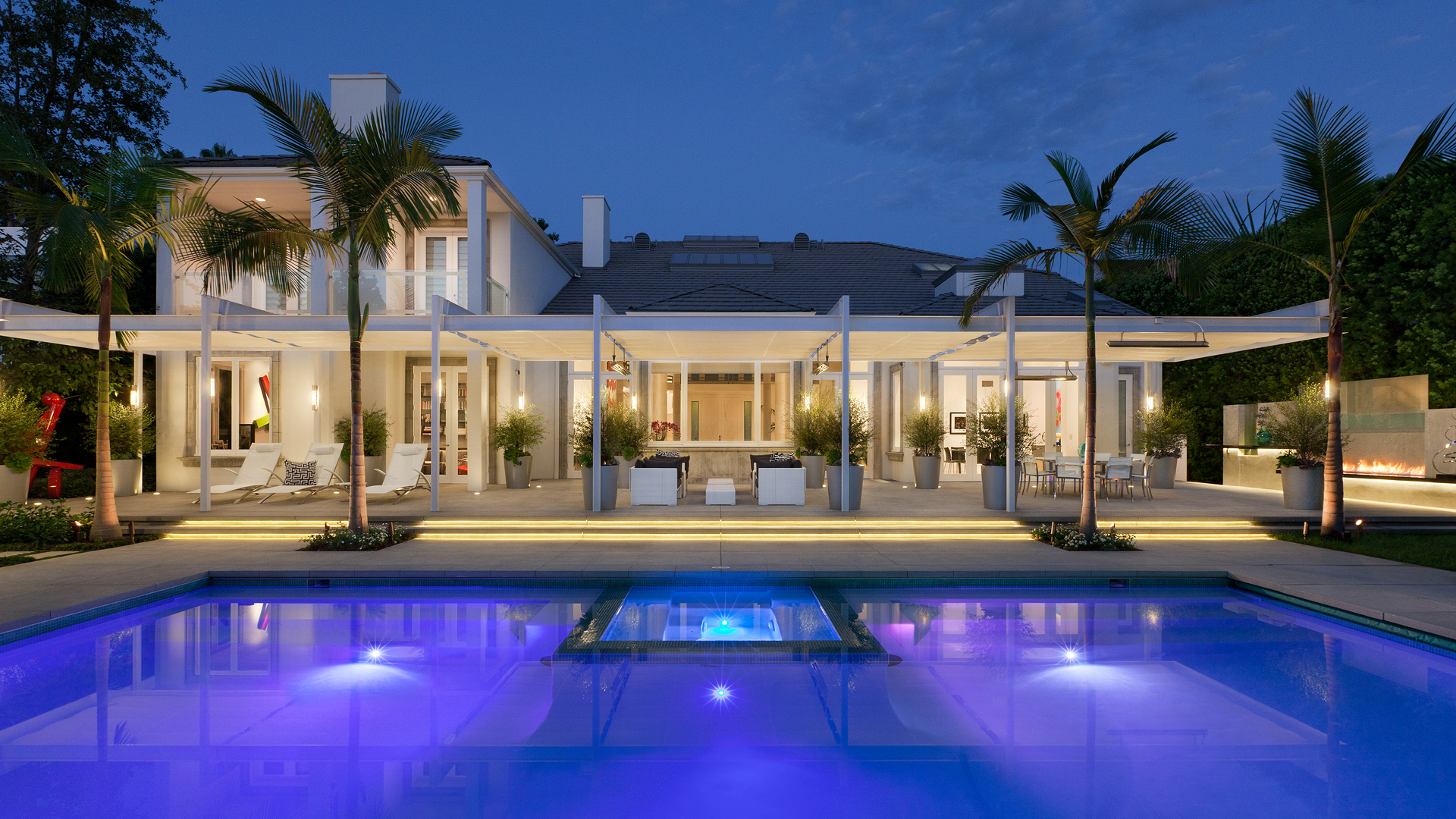 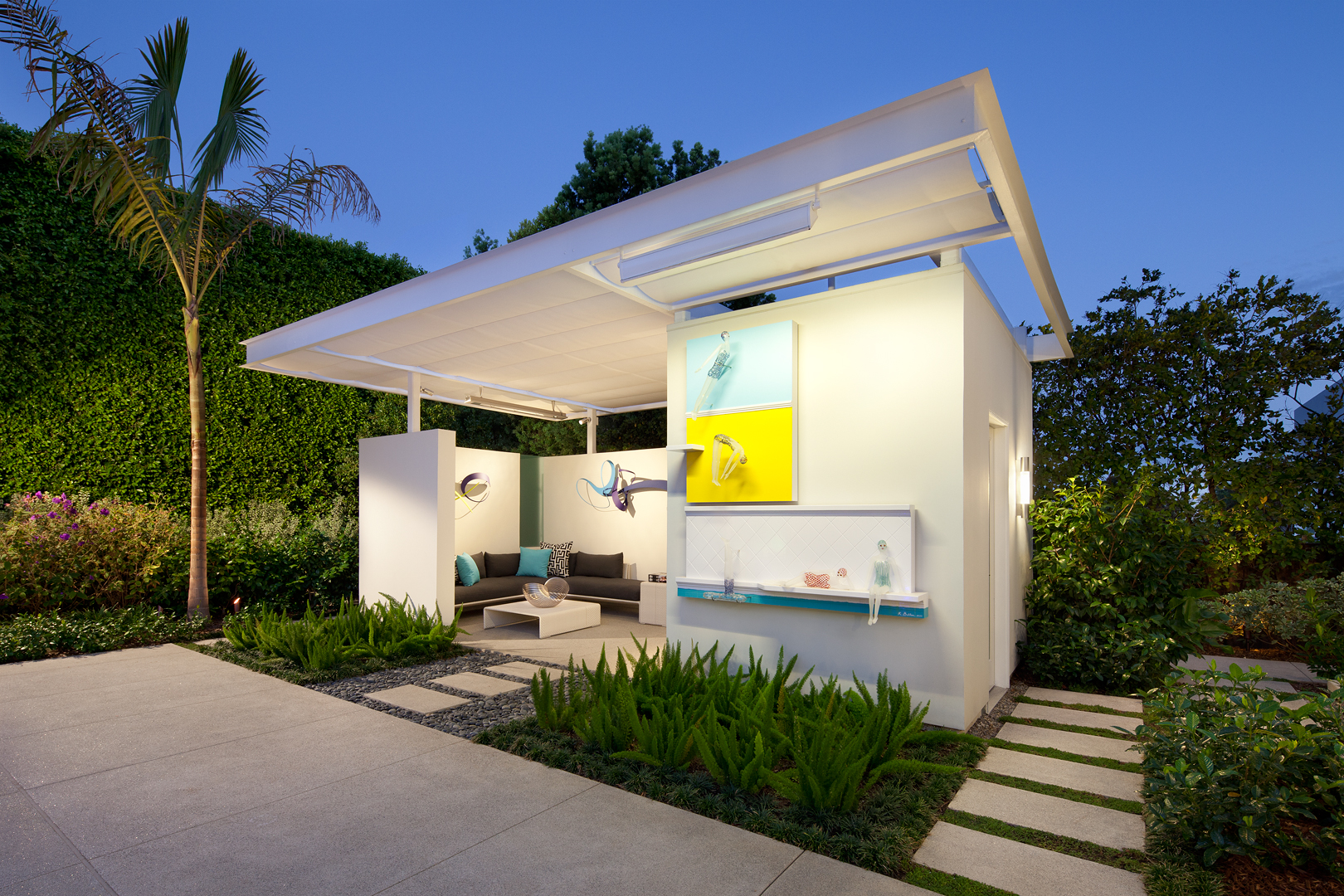 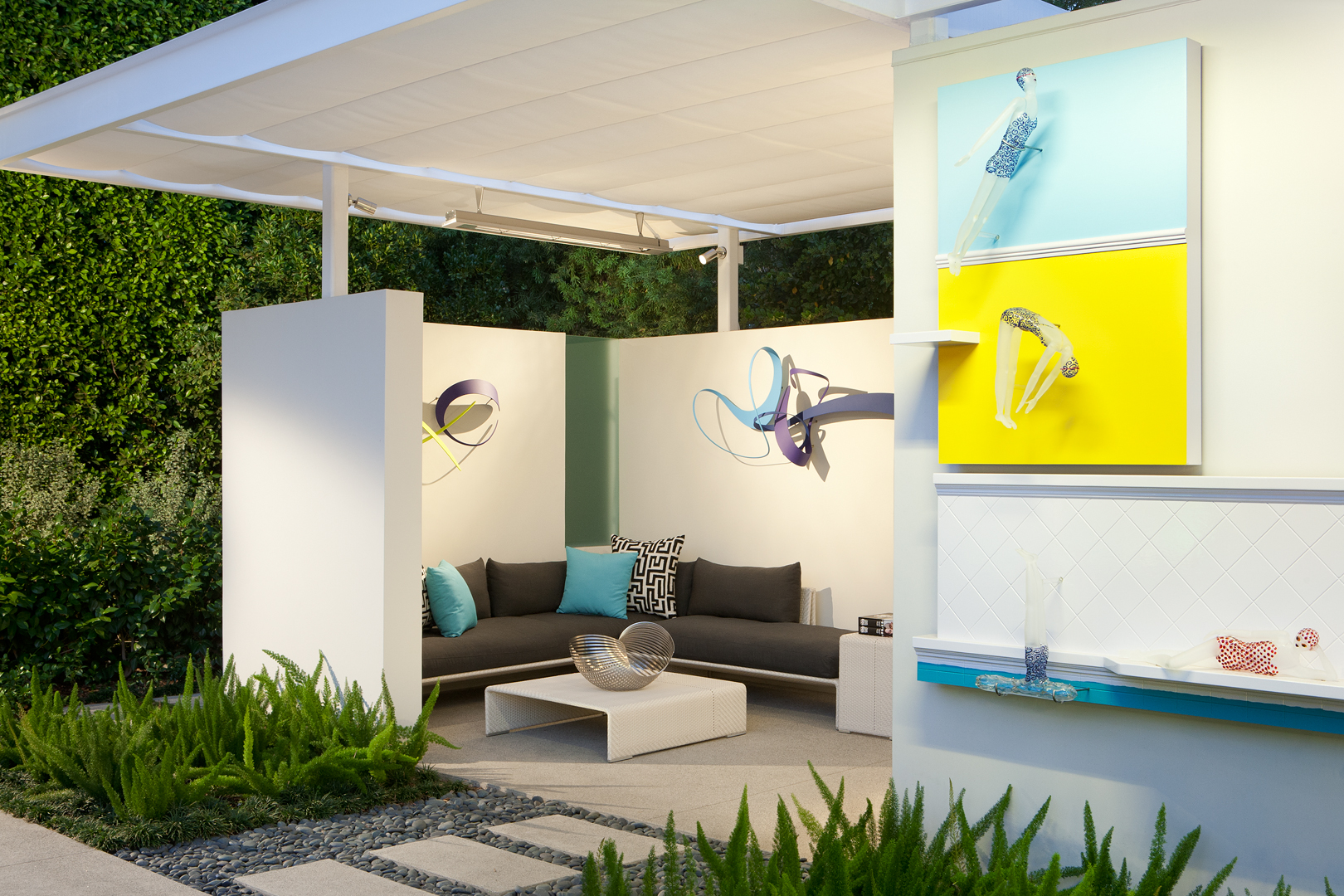 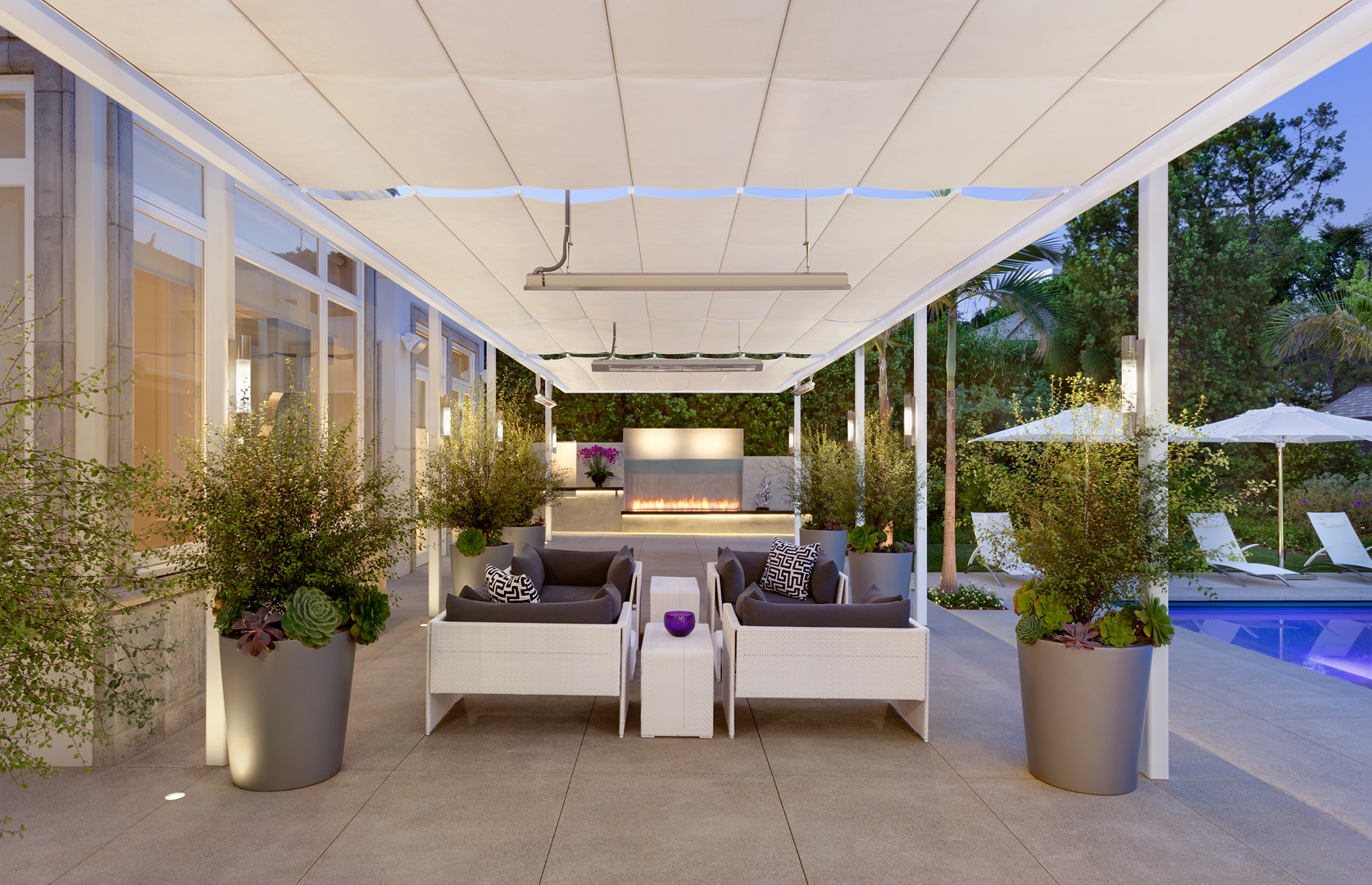 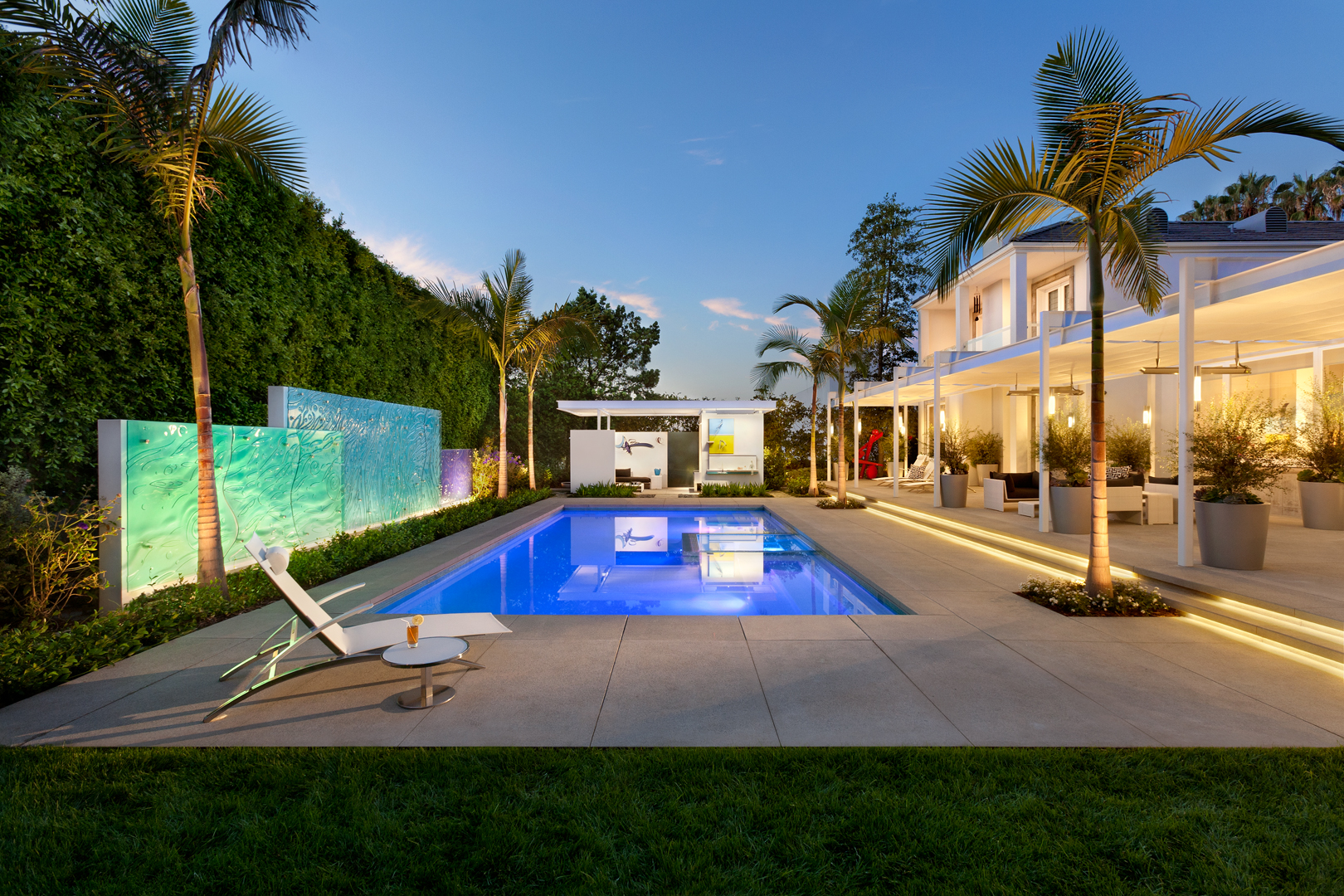 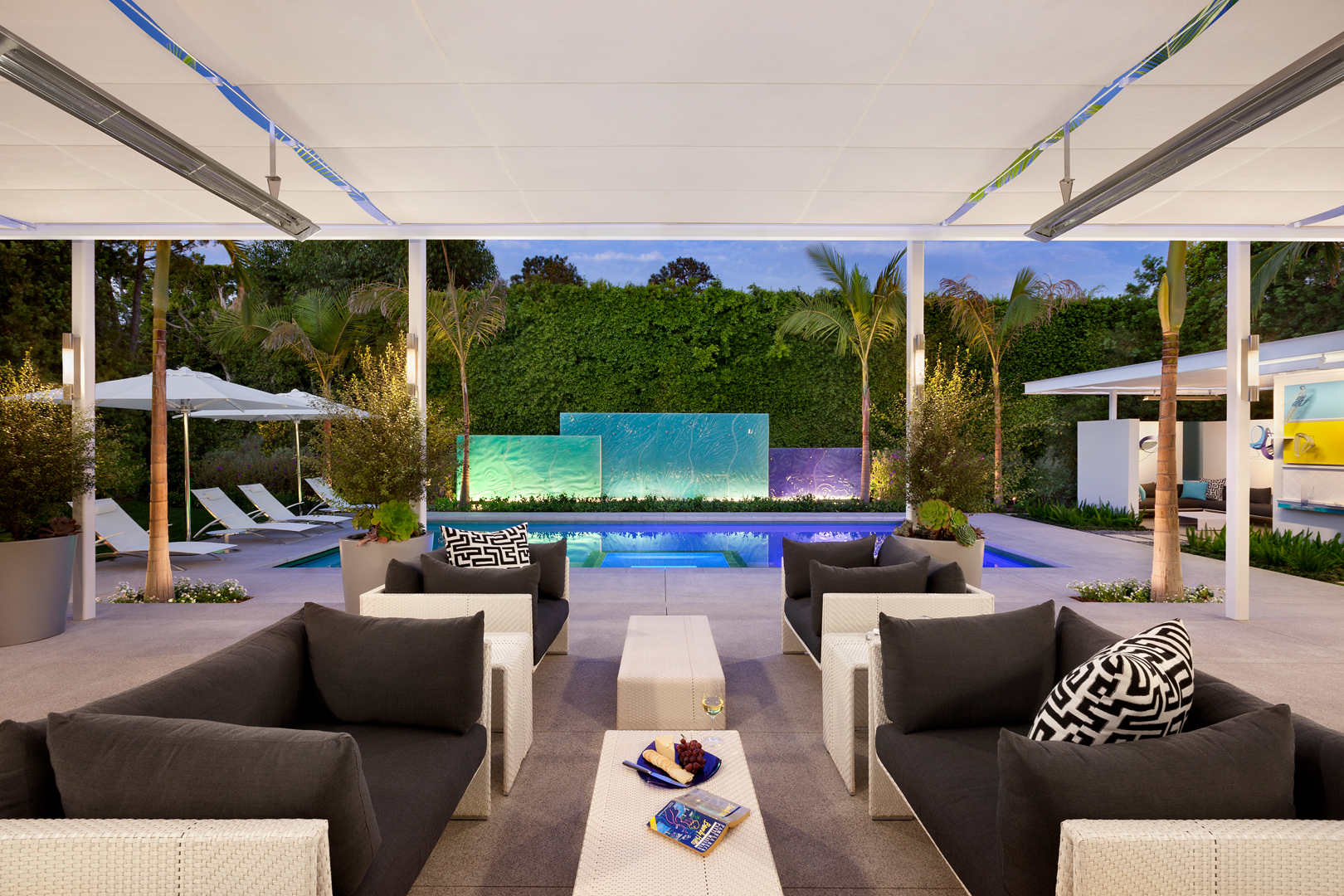 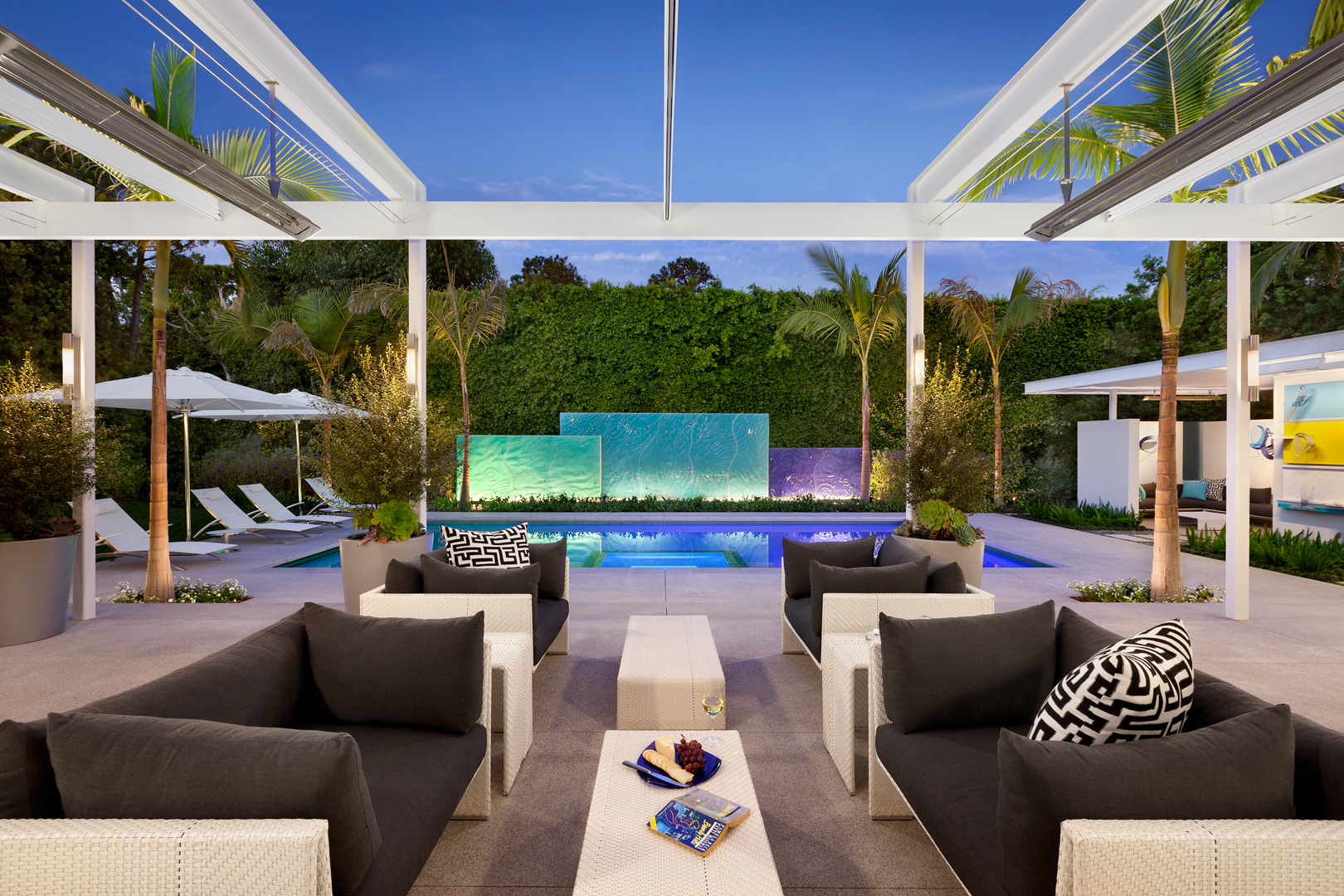 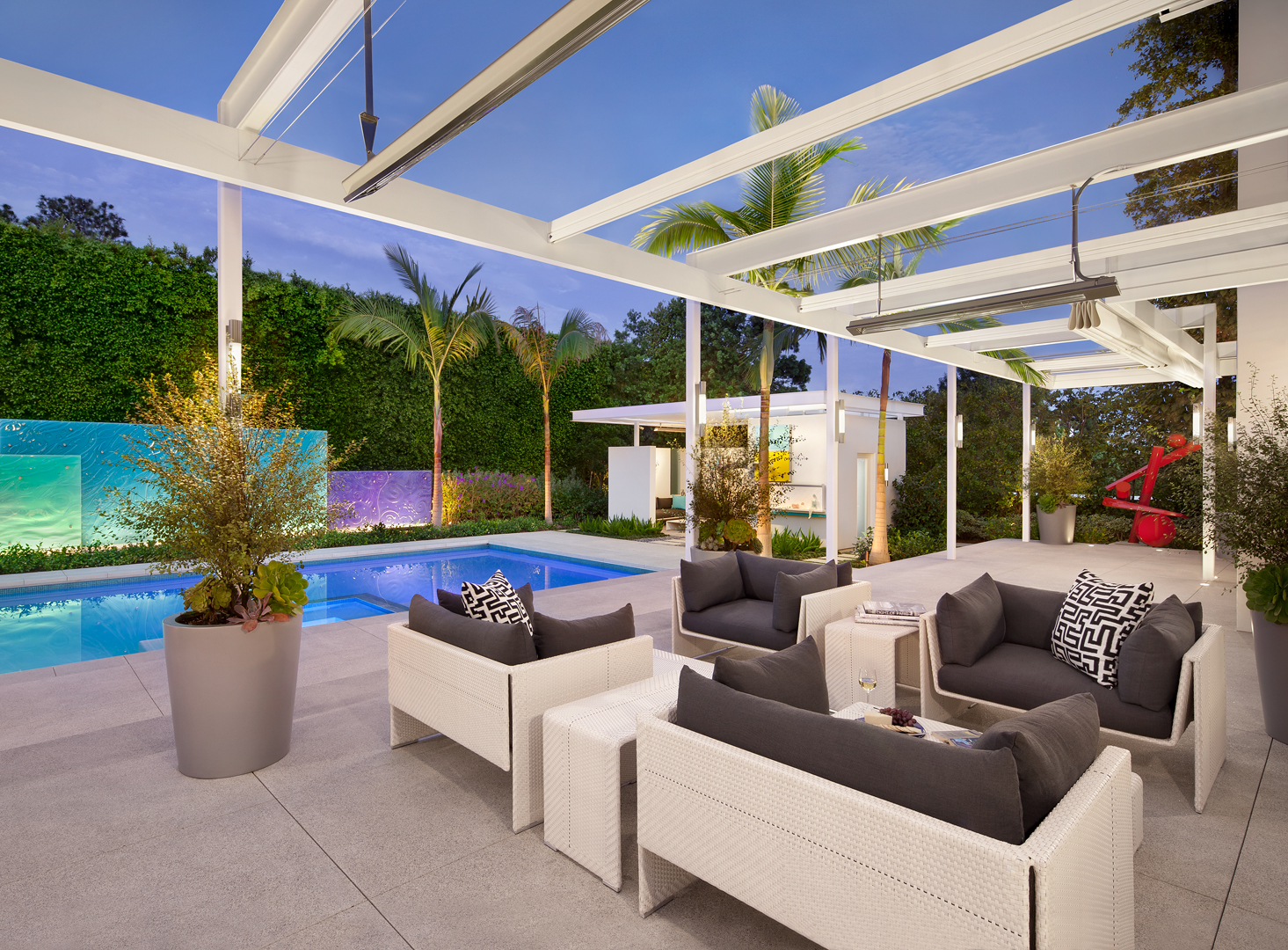 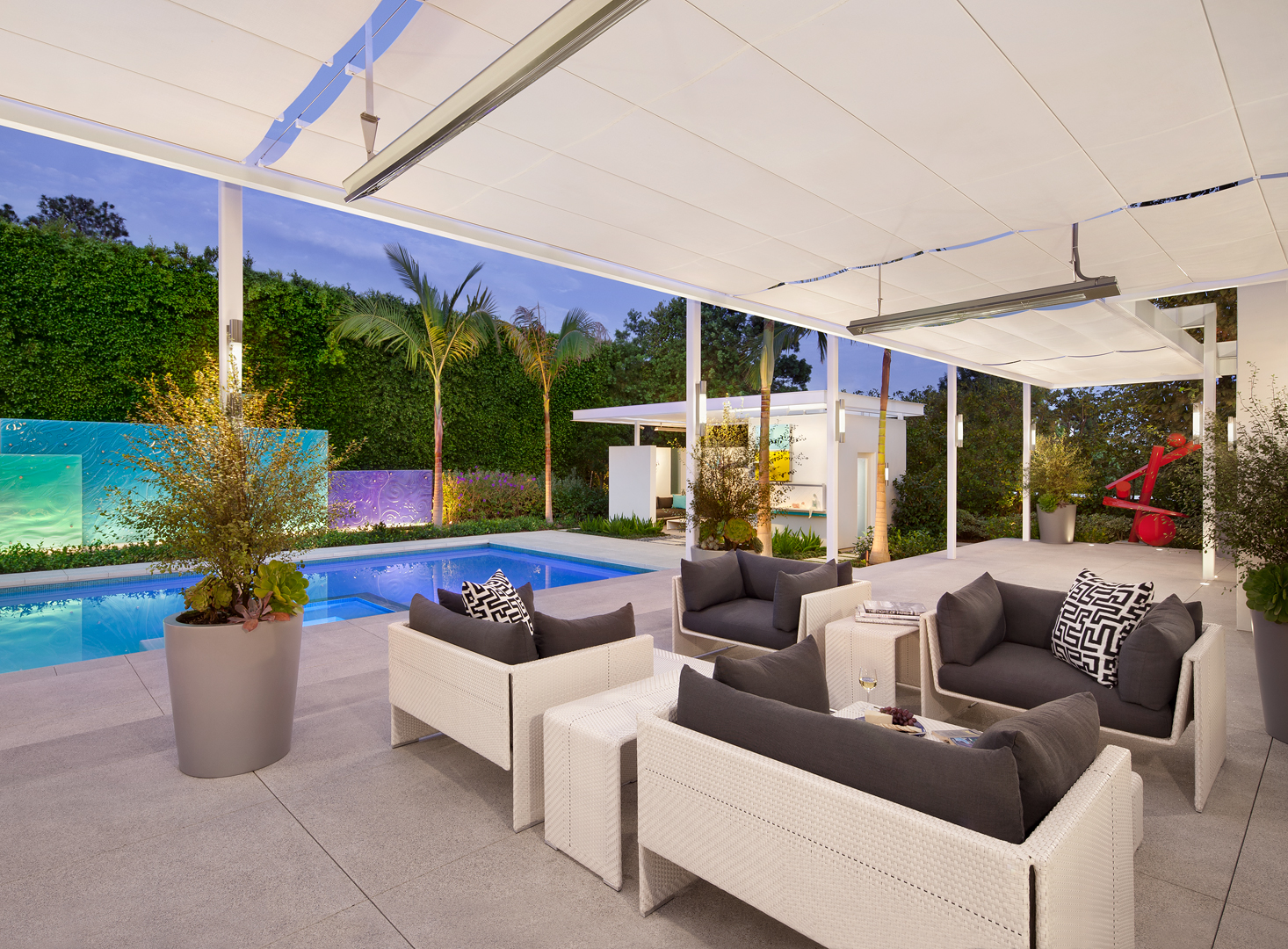 Wonderful, Just wonderful.
I’m glad it came across my screen this afternoon. Making me wish for warmer weather and an outdoor room.
All my best,
Michael Ryan

Where others may find despair, potter Forrest Lesch-Middelton finds history, patterns – and art. He’s been working...