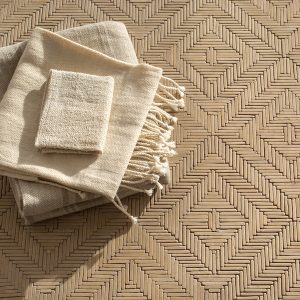 Tissé: In French, it means “to weave.” But for New Ravenna, it means new kinds of mosaics for walls and floors. “The...