“I’m trained as a musician and an architect, but I’m really into percussion, like drums and a mallet,” he says.

In 1984, Esquire magazine named him one of that generation’s individuals most likely to change the world.  A few years ago, he published “Architects of the Air,” a book articulating his sound and light environments, with a foreword by Beatles producer George Martin.

“Harmonic Convergence” features a 72-foot-long window wall with diamond-shaped panes of colored glass in front of a white structural steel “X-Bracing” frame. With a palette of more than 150 transparent colors, Janney has created a gradually changing pattern ranging from deep reds to bright violets, similar to a rainbow.

“It’s an abstraction of South Florida in color and sound,” he says.  “The sound component is a score I wrote based on the sounds of the Everglades, and sounds indigenous to Florida, like porpoises and whales.”  For those, he went on location, in scuba dives.

“Harmonic Convergence” is  located in the passenger connector walkway that’s the entrance into the airport from the new the “MIA Mover” automated transit system. As travelers enter the space, they will hear the complex set of sounds Janney recorded during trips to the Florida.  In addition, two video cameras in the ceiling feed information on pedestrian activity to a computer, influencing the density of his sound-score.

“It’s about giving you an aesthetic experience that’s an abstraction of South Florida,” he says.  “It will give passengers a hyper experience of where they are in the world.  You’ll have a hard time just looking at it, because it wraps around you like a blanket.

True to form, he’ll be hitting things in a lively – and timely –  manner.  At the top of each hour, a short composition with percussion instruments plays, marking the time of day.

For more information, go to http://janneysound.com/ 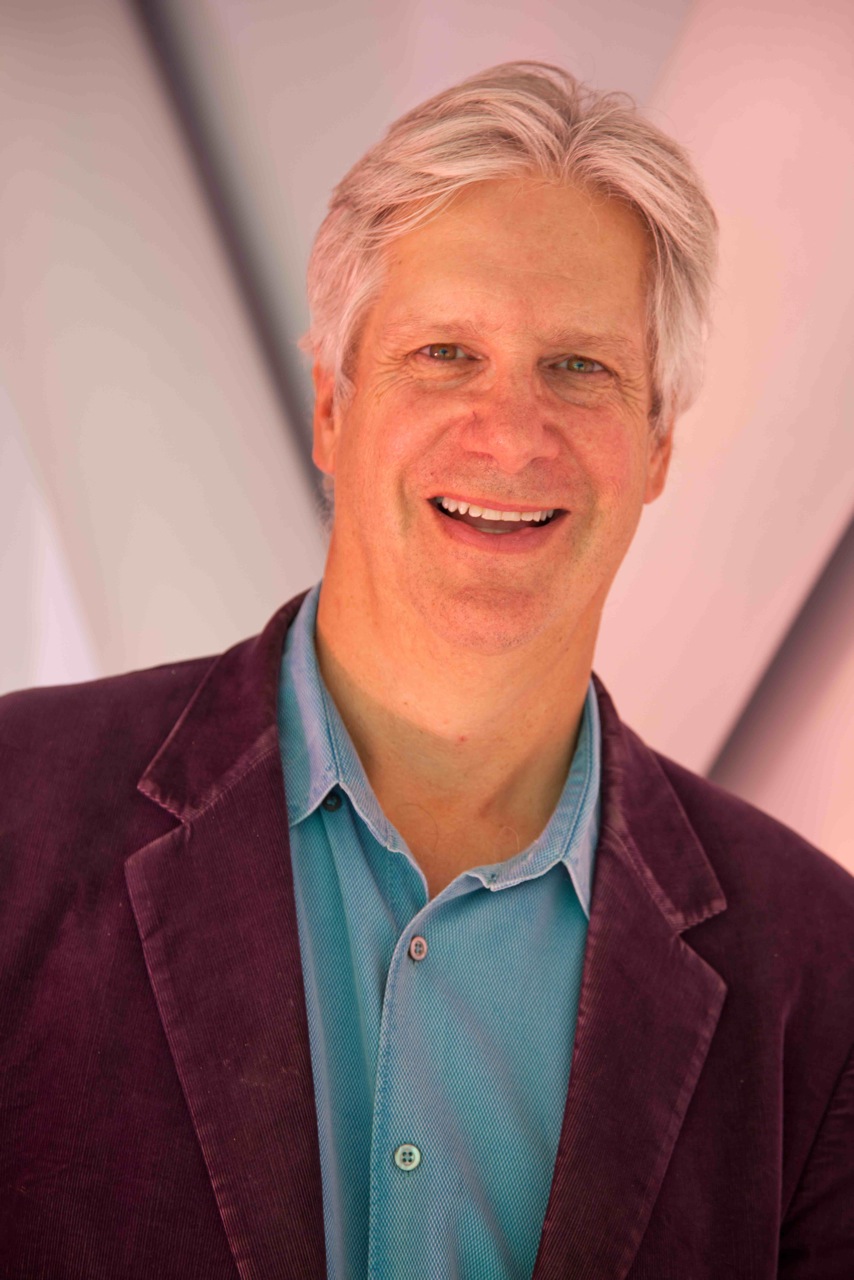 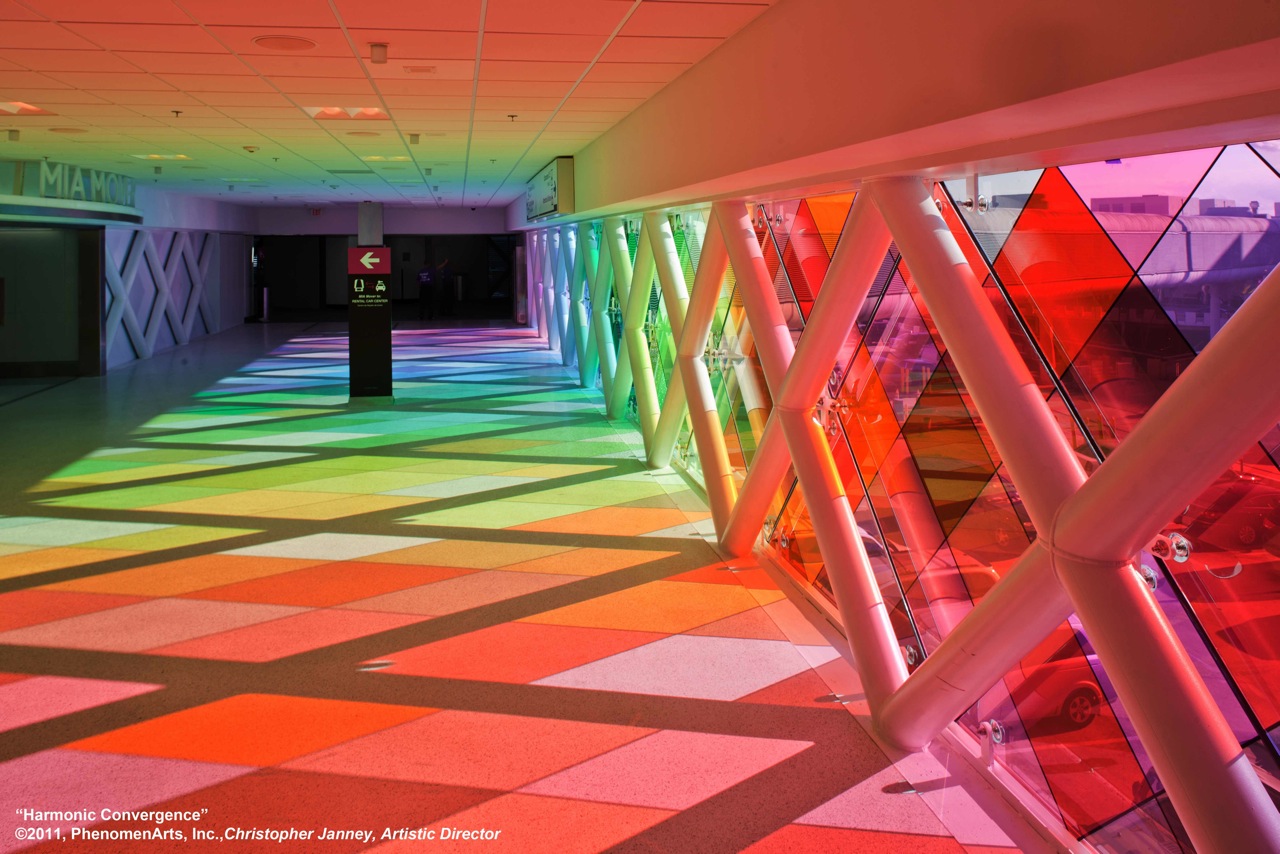