Once Erin Adams graduated from Pratt Institute in the mid-‘80s, she began to walk an intuitive line between modern and folk art.

She set up a gallery in the East Village in 1985, naming it Ex Voto, and set out to manipulate its environment every six weeks.  Before long, she was working on clubs and townhouses, including author Jay McInerney’s.

Then the effects of the bright lights and the big city wore off.

“I realized it wasn’t for me, being part of the scene,” she says.  “I started doing mosaics in Houston.”

She was among the first to do glass mosaics on objects, offering her line to Bergdorf’s and Nieman Marcus.  And she recognized a trend in her work: “I create, I struggle, I sell and I give my secrets away,” she says.  Still, her work has found its way into the Tokyo Hilton, Saudi Arabia’s Saks Fifth Avenue, the Bay area’s Four Seasons Hotel and The Wynn Encore in Las Vegas.

Now she has her own lines, with a collection of 12 designs in natural stone and jewel glass at Sara Baldwin’s New Ravenna Mosaics.

And she’s just introduced a new collection, with motifs in what she calls letterpress, building blocks and surfboard.  It’s all clay-based, with a handmade and rustic look that still manages to seem sophisticated.

“Glass is a very thin material – more ethereal,” she says about her new turn to ceramics.  “Now, there’s a resurgence back to the earth.”

In a fairly typical step along the design tightrope she’s been walking for the past 25 years, it’s a balance in the space between modern and folk art.

“The glitz age is over,” she declares.  “We’ve all had transitions from the economy of the last few years – we have to become more stable, or grounded.”

And her ceramic mosaic collections are here to stay.  Her new collection means that clients can pick and choose, put different pieces together, and create a whole for themselves.

“They’re recycled clay bodies that look like building blocks,” she says.  “Some are letters from the alphabet – ampersands, and punctuation marks and exclamation points – and there are 50 different components that can be created in different ways on a wall or a floor.”

It’s a new color palette for her too – very light earth tones, textured in oranges, blues and whites.

“I feel like I’ve been hibernating the past two years, except with New Ravenna,” she says.

Now her mosaics are here to wake the rest of us up too.

For more information, go to www.housefiftytwo.com 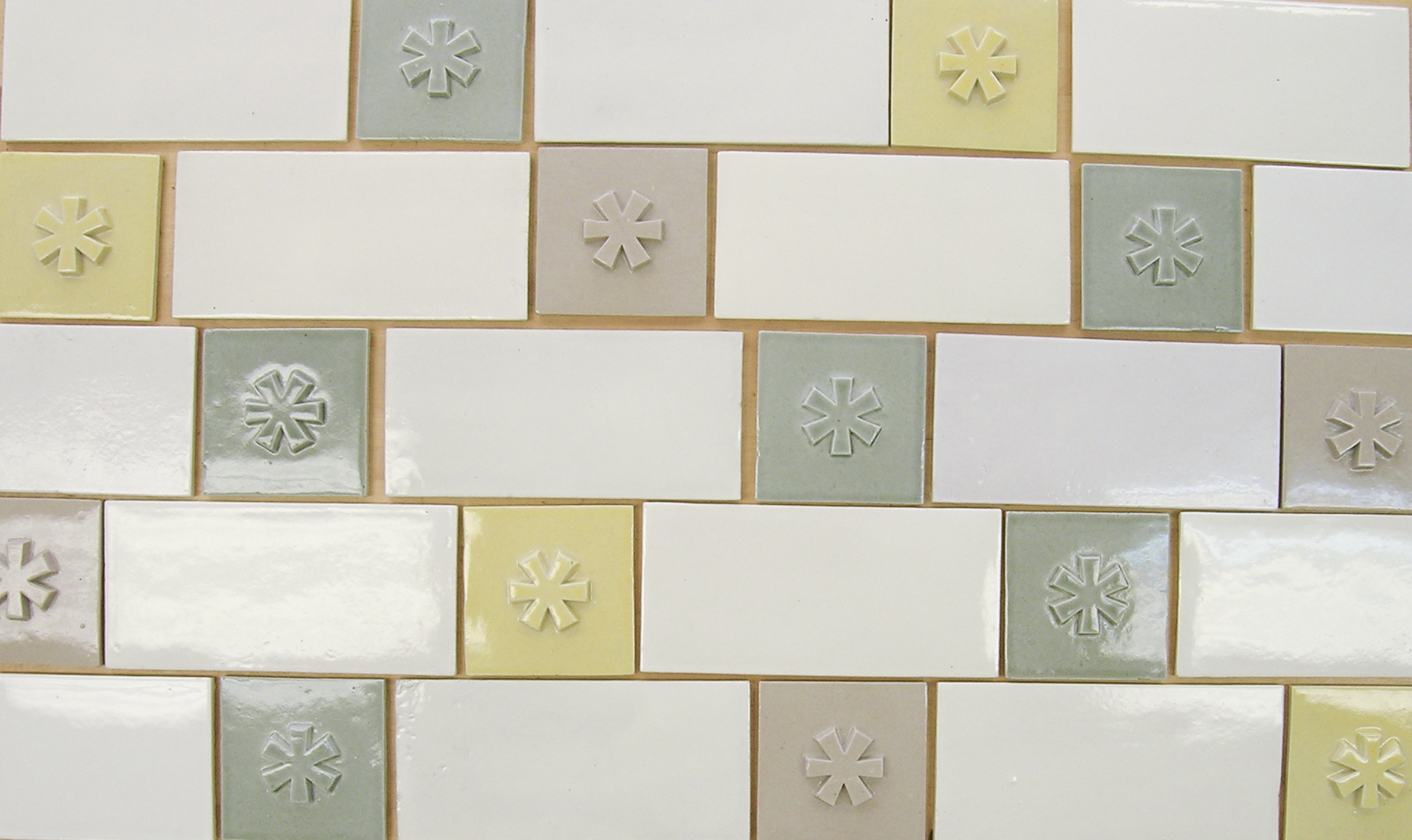 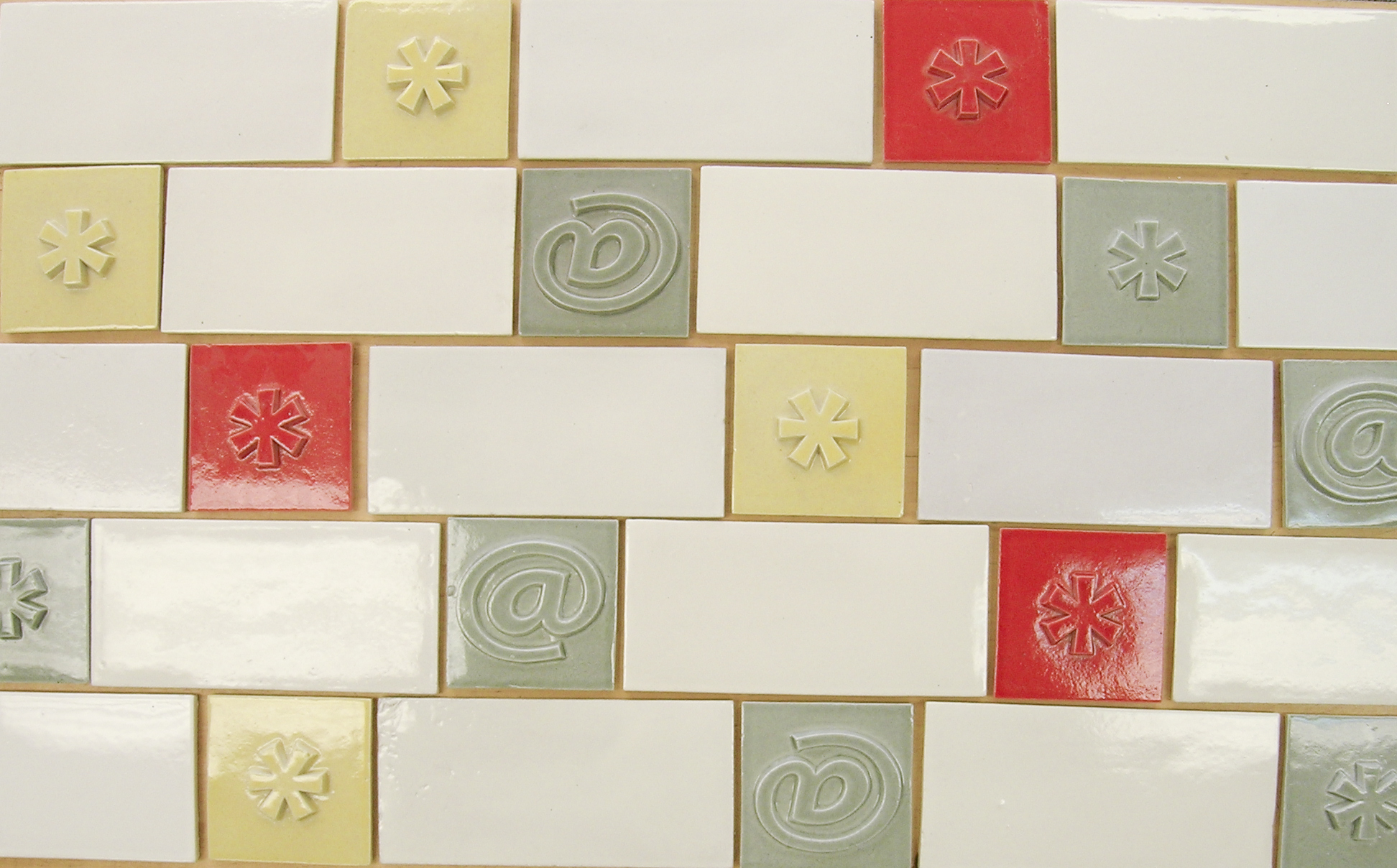 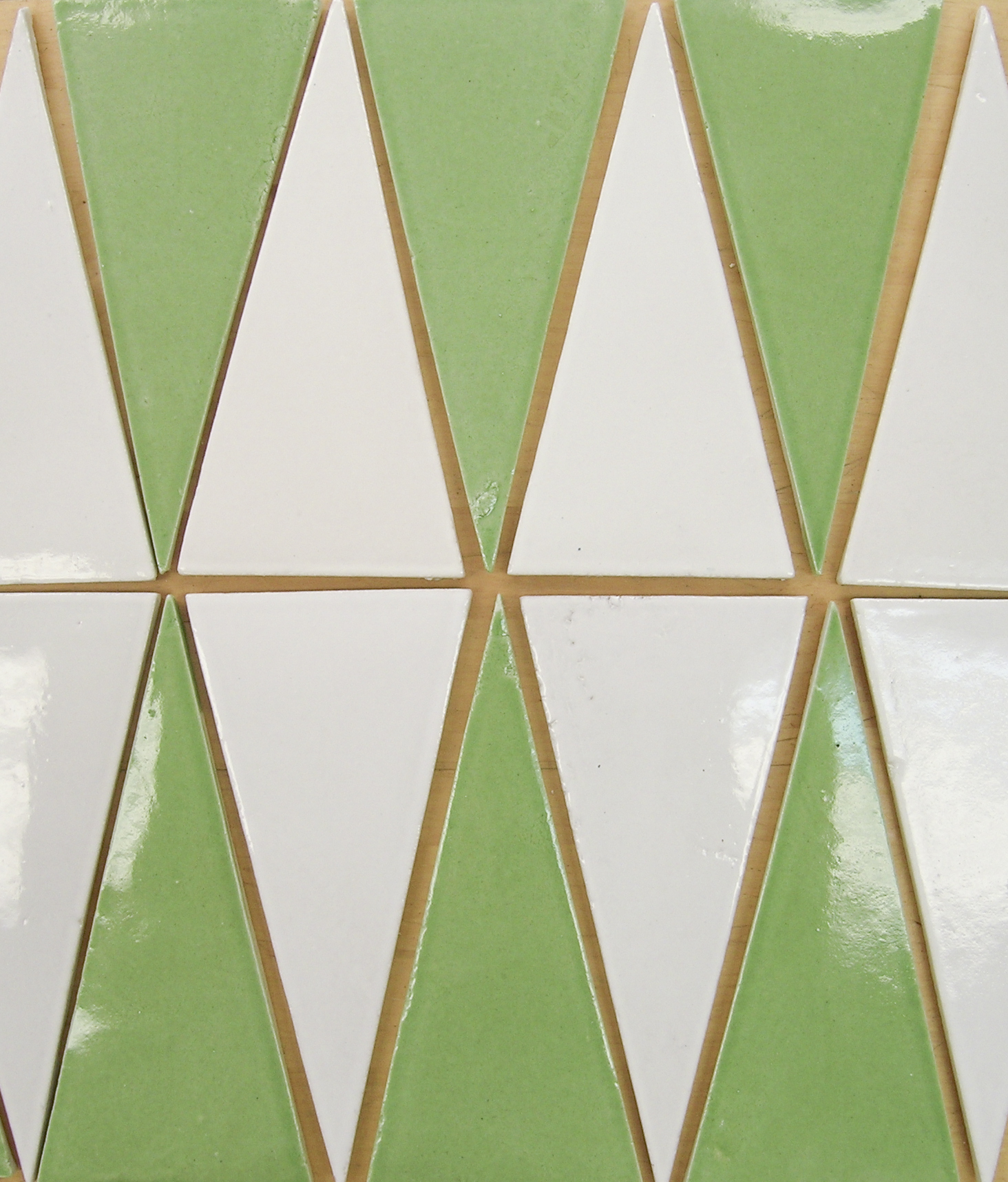 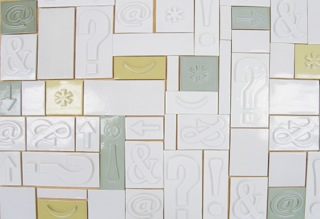 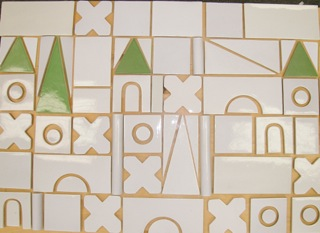 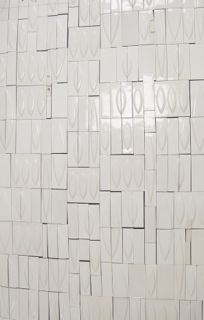 These are fresh, and totally original. Fun to see new material from the always current Erin Adams. Here’s to breaking new ground!

Sometimes, two heads really are better than one. A faltering Charlotte, N.C. economy and a declining demand for the modern...