In Incheon, KPF’s Convensia – an Icon for an Aerotropolis

At 1.2 million square feet upon completion, Convensia near Incheon, Korea is designed to be a recognizable landmark from the air.

But at 300,000 square feet, this convention center’s first phase at Songdo International Business District is already an icon.

“It’s sculptural when seen from the air, and a notable event,” said Jamie von Klemperer of Kohn Pedersen Fox Associates. “It’s a keystone of this free-trade, airport center, and tied directly to the aerotropolis here.  Airport cities are a new phenomenon.”

Convensia’s undulating shape recalls the hull of a ship turned upside down. Its exterior skin is bead-blasted stainless steel, yielding an indirect shimmer, its shingle-like forms recalling the scales of a fish reflecting the sun and lights of the city. At ground level, the building is also approachable, its arched, swooping, signature roof reaching down to touch the earth.

Giant arches create a column-free space inside, the length of several football fields. The arches stabilize the building in 500-foot spans. “It’s the arch form that makes the truss-like span,” Jamie said.

Its first phase will be repeated in modules, and the convention center will expand at the heart of the city, with larger and larger events booked as it grows. An internal roadway splits the building, at thirty feet wide and three hundred feet long. “It allows us to get into the building for service, without interrupting the façade,” he said.

The convention center is the raison d’être for the entire city, which is itself the largest development in the world. Songdo will eventually envelop 120 million square feet of space. Sixty-five thousand people will be permanent residents, and 300,000 will work there. “It will be made up of new development zones with work spaces, shopping, education and health care, all convenient to the full city,” he said. “In terms of urbanism, we really had to rethink the idea of the convention center. We wanted to make it a vibrant, pedestrian-friendly area.”

At a cost of more than $150 million, the project is being built as part of a joint venture of New York-headquartered Gale International and Korea’s POSCO E&C, and donated to the city of Incheon for its operation and use. The U.S. Green Building Council has awarded Convensia a LEED NC 2.2 “Certified” rating, making it the first convention center in Asia to achieve LEED certification. 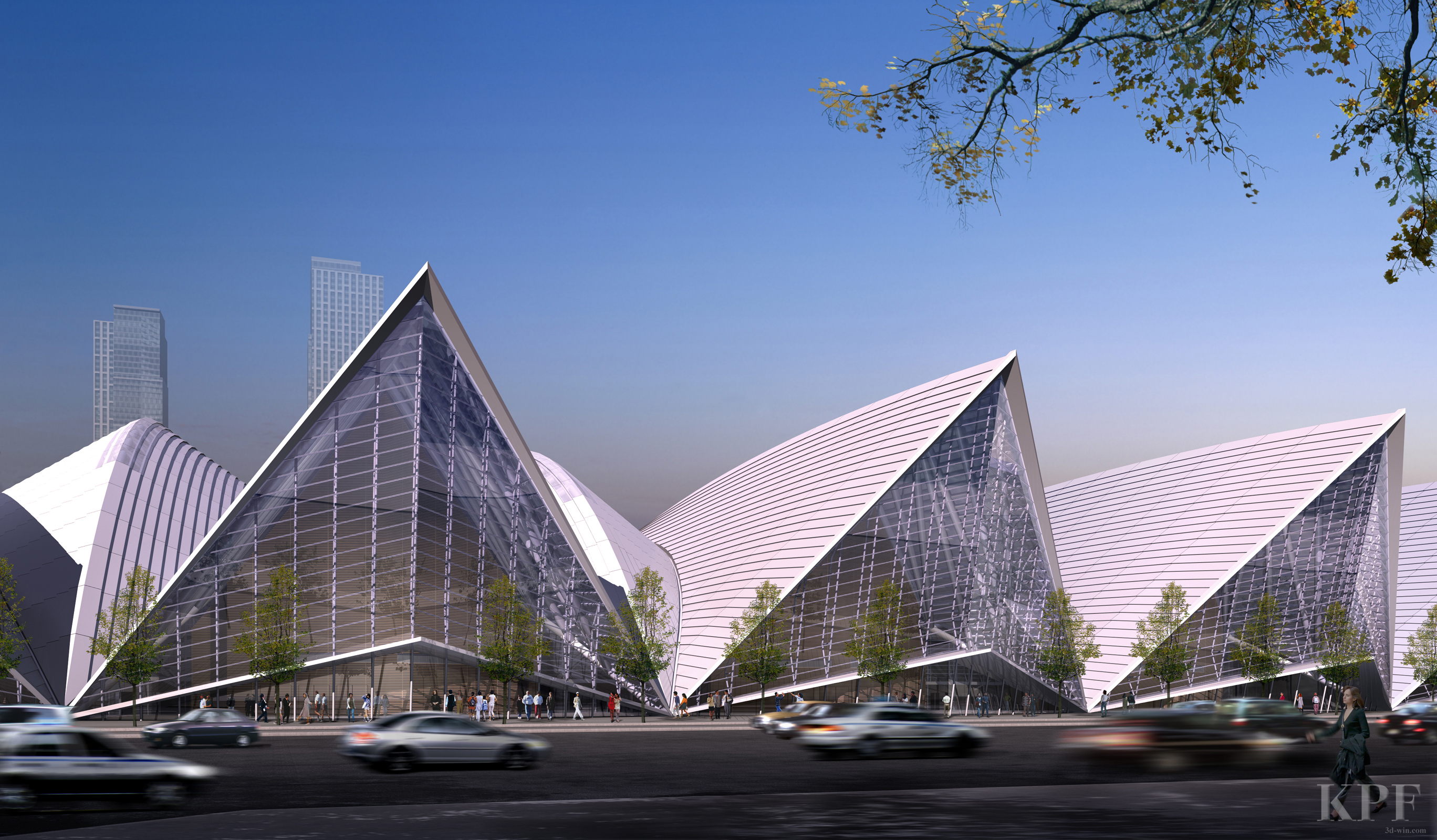 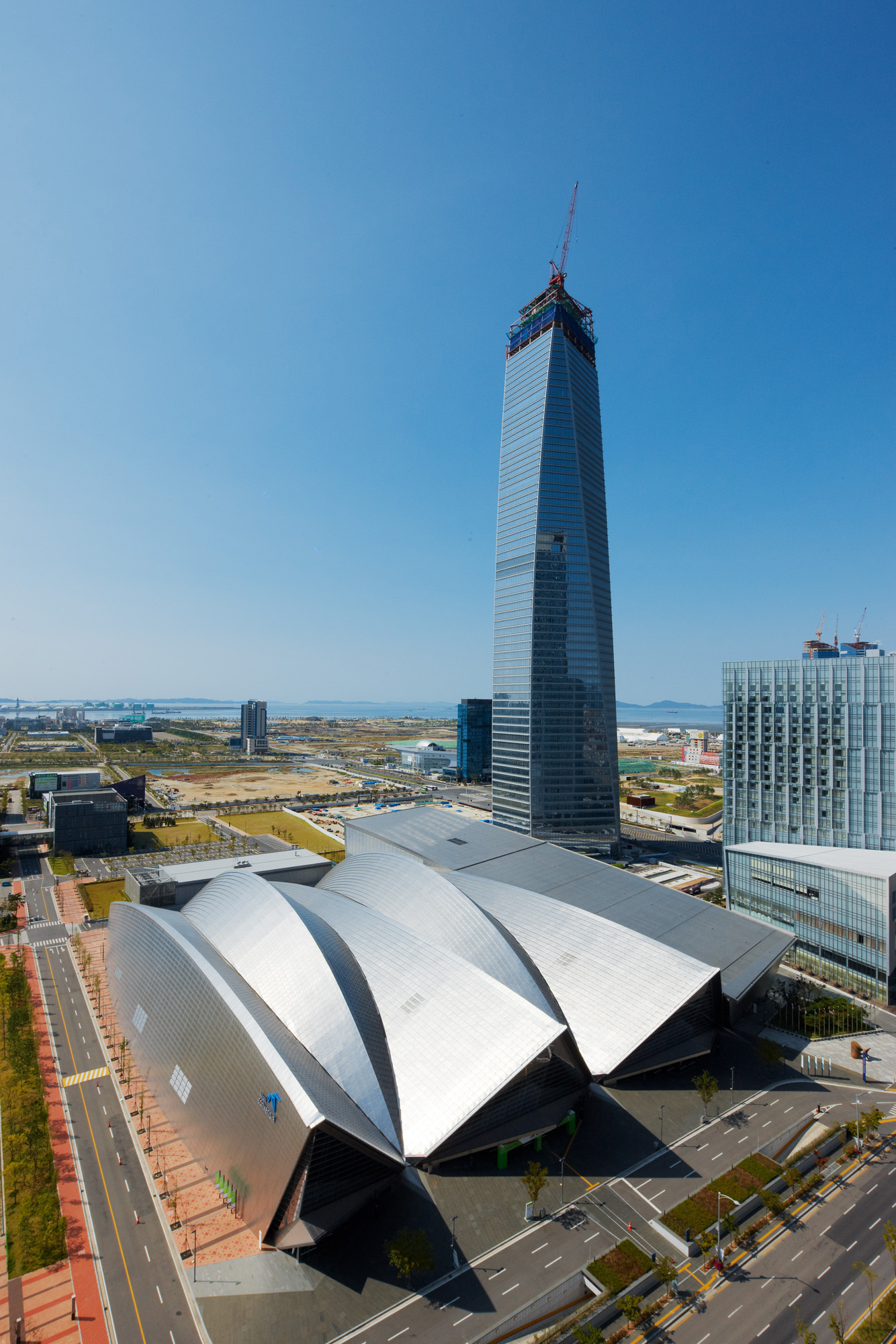 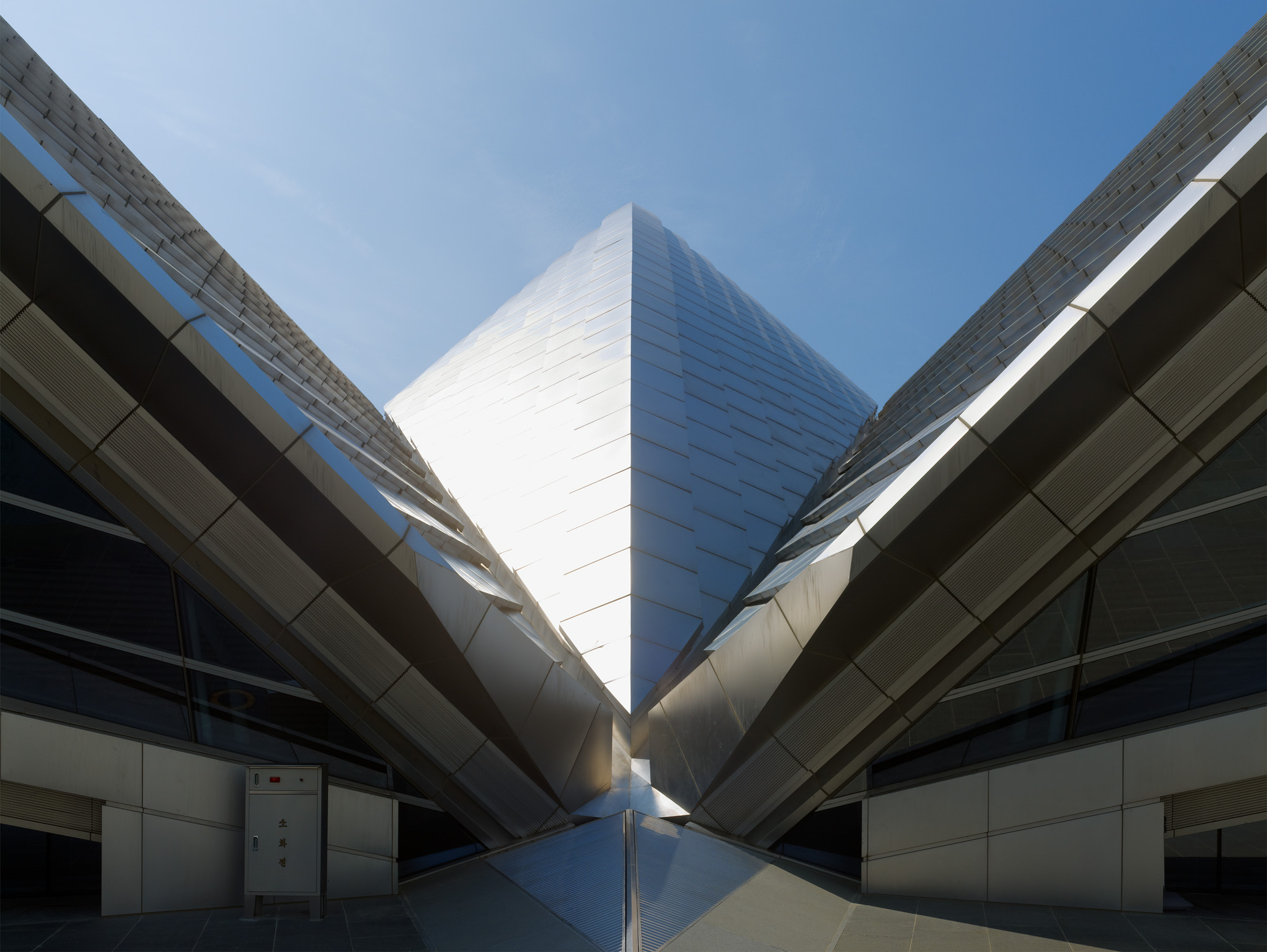 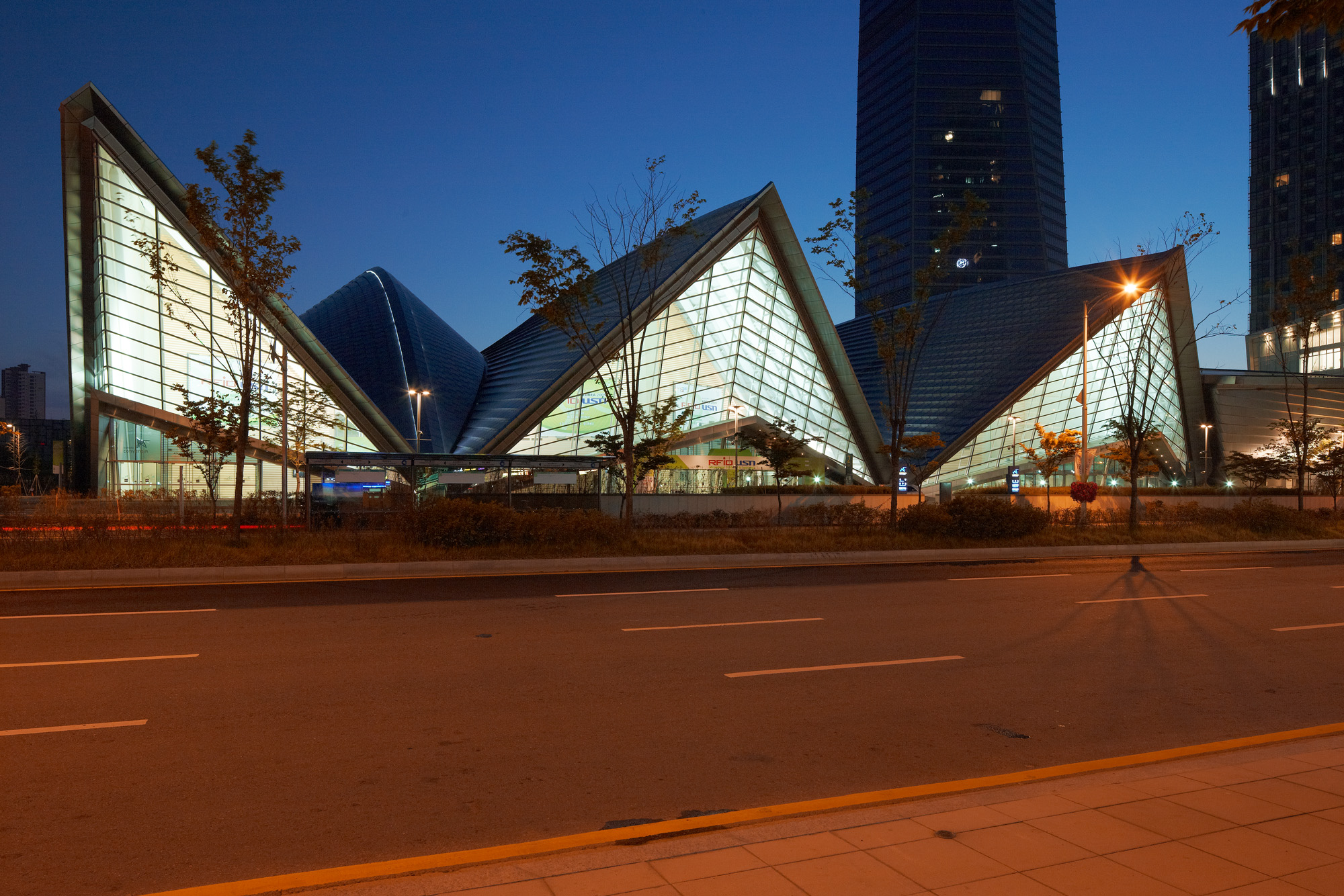 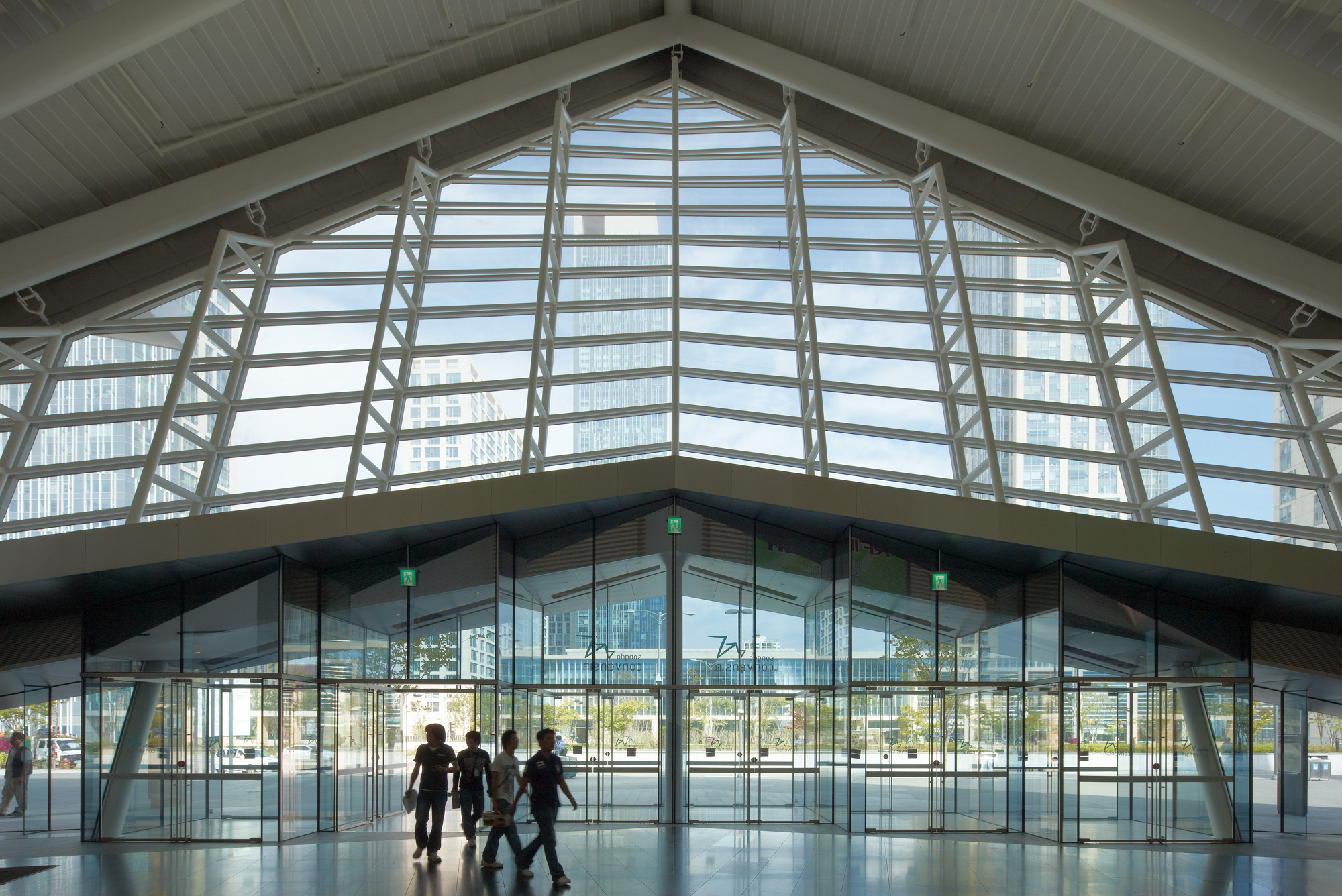 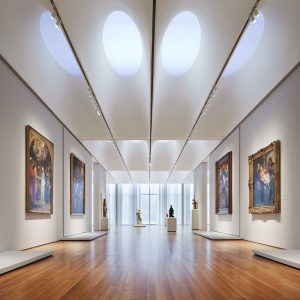 Raleigh’s new North Carolina Museum of Art, designed by Thomas Phifer and Partners of New York, owes much of its genesis...