When 4 World Trade Center opens in August 2013, workers there will experience something new as they transit the lobby of Fumihiko Maki’s 88-story office building.

“Nothing like this has ever been done in Manhattan,” says Joe MacDonald, principal in Urban A&O.  He’s referring to his three-panelled installation, 25 feet tall and set at the end of an elevator corridor, 100 feet from the front doors.  “The intention is to calm people, while thousands enter.”

Almost 100,000 LED lights, programmed with a CATIA multi-platform CAD/CAM/CAE software suite, will appear to be moving gently through patterns of water, air and forest.  It’s a theme the architect asked MacDonald and his team to explore.

There will be synchronized sound also, most likely music selected by developer Larry Silverstein, who also happens to be a classical pianist.

“He’s quite a character,” MacDonald says.  “He’s very opinionated, but very happy with this mega-piece with sound.  We’re leaving it up to him to choose the music.”

Over the LEDs are parametric screens that add a layer of mystery to the walls.

Urban A&O collaborated on the project with exhibition designers, Thinc, as they did on the Steinhart Aquarium and The Water Planet in San Francisco.  There, a 10,000 square foot installation integrates living animals and multimedia to bring complex natural phenomena within the grasp of young visitors and families.  Thinc is working also on Manhattan’s 911 Memorial Museum.

At 4 World Trade Center, a team of 13 from Urban A&O and Thinc, and including fabricators from Brooklyn’s FLATCUT, are working to pull the new lobby together.

The project is not without its challenges.

“The wall is 10 feet wide and 25 feet tall and we want it to be seamless,” MacDonald says.  “It’s almost impossible to tilt it up into the space, but we’re going to do it.”

If anyone can, it’s a safe bet that this is the team that will.

For more on Thinc, go to http://thincdesign.com/ 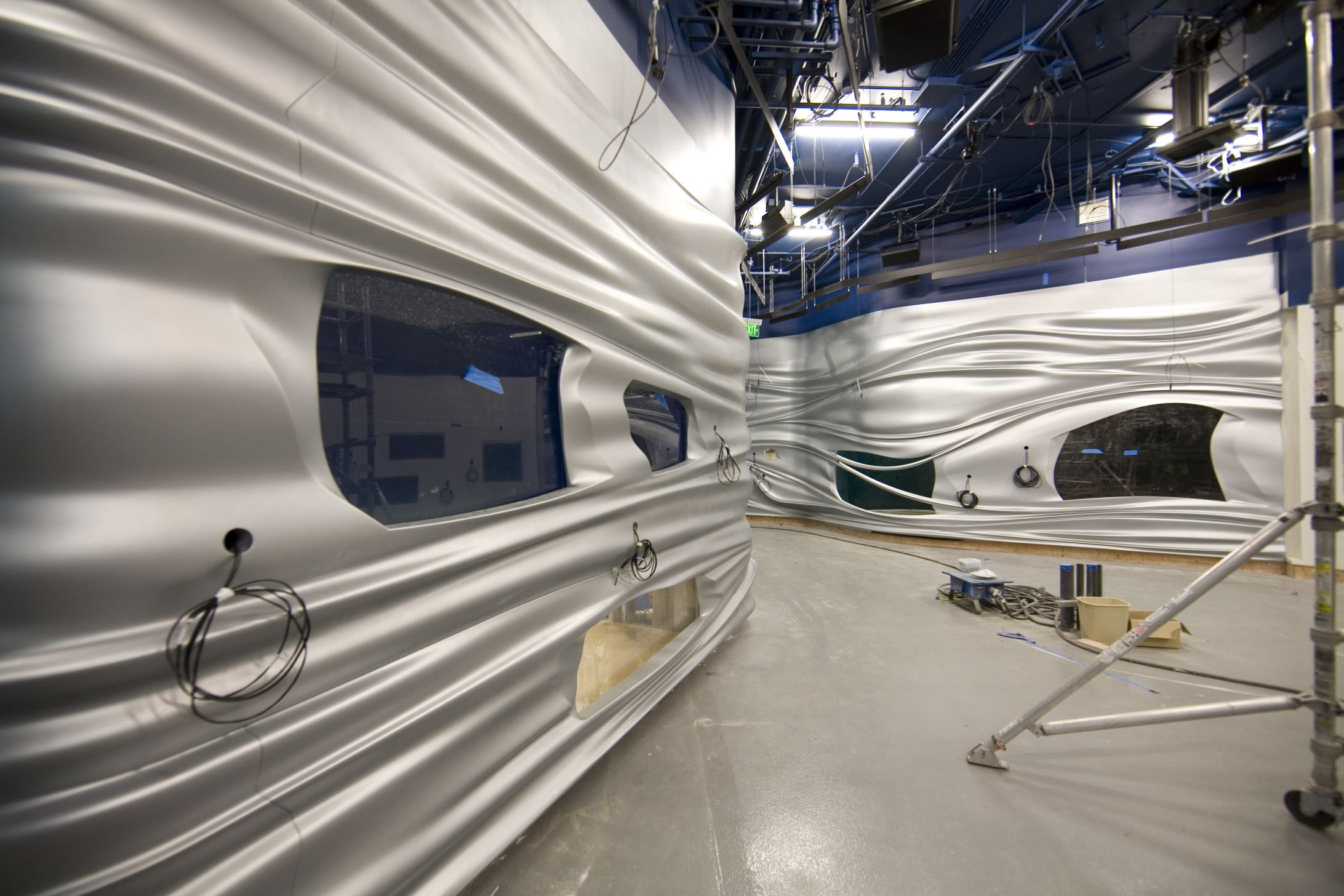 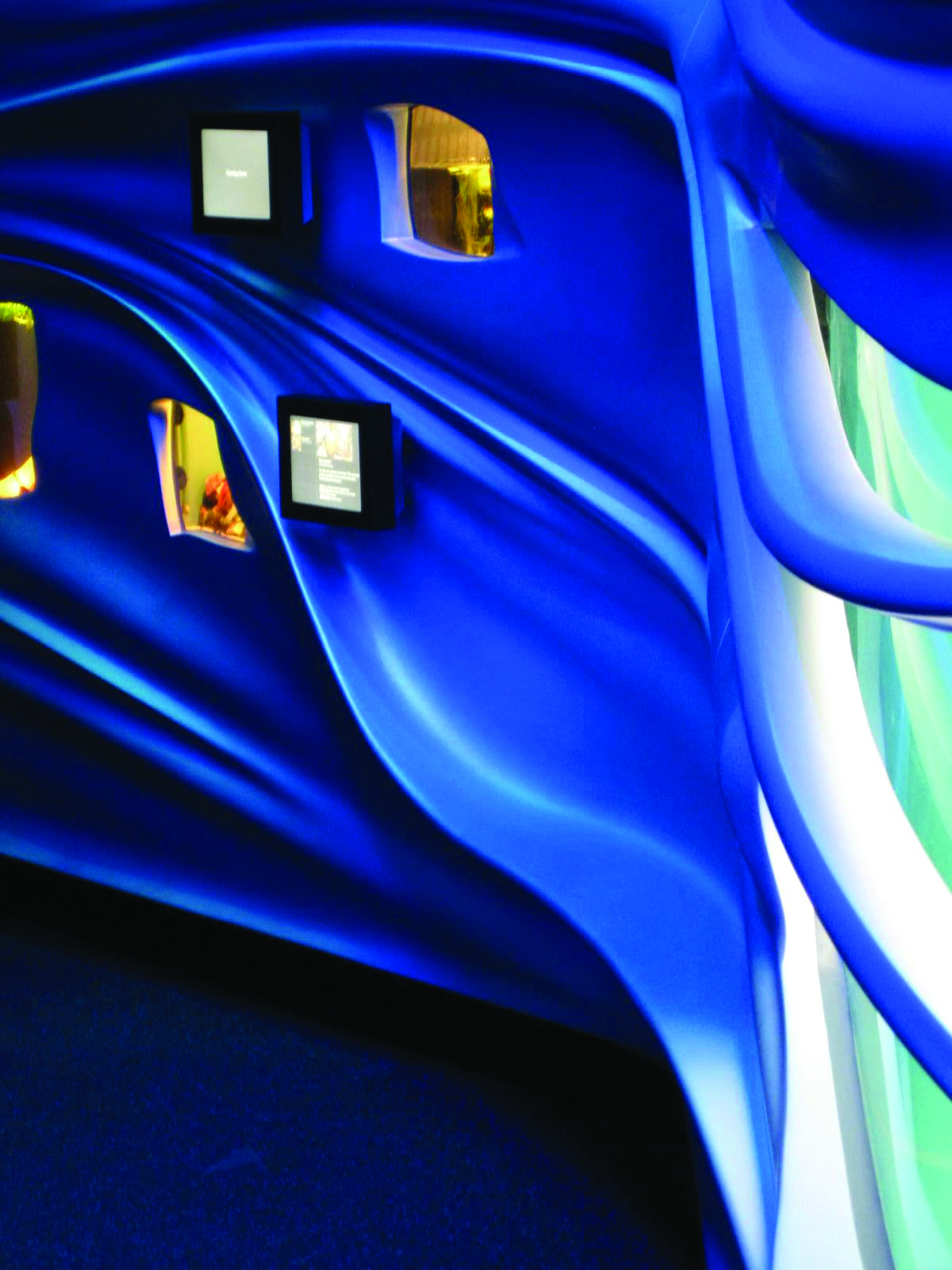 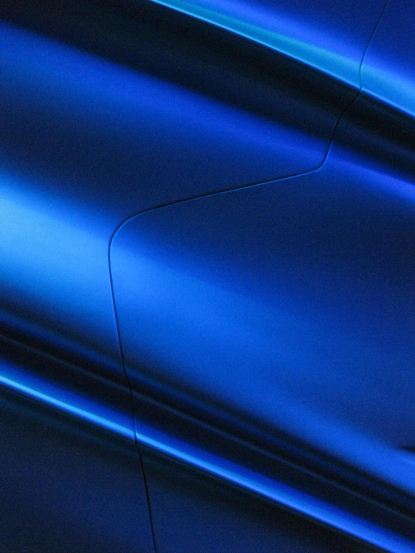 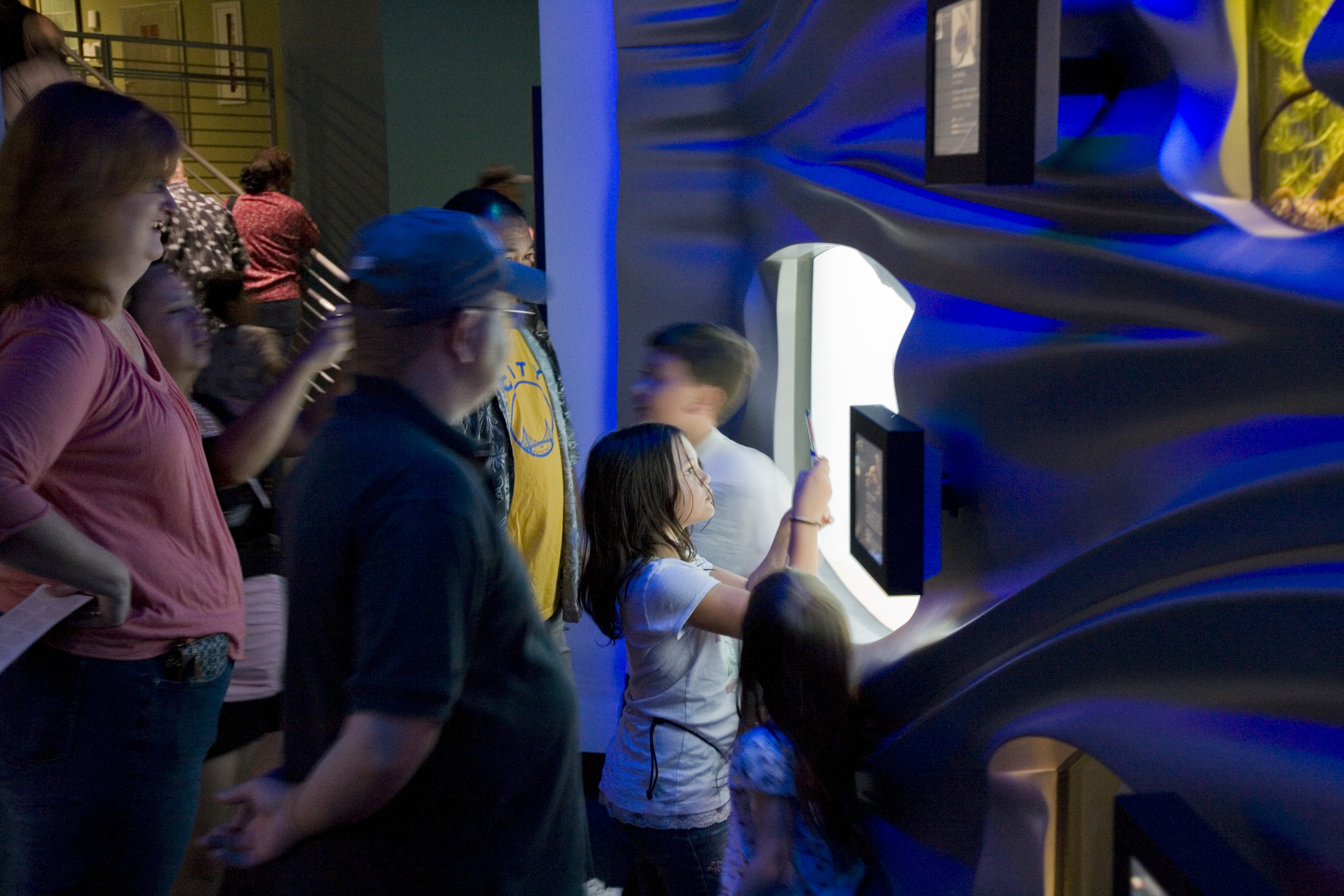 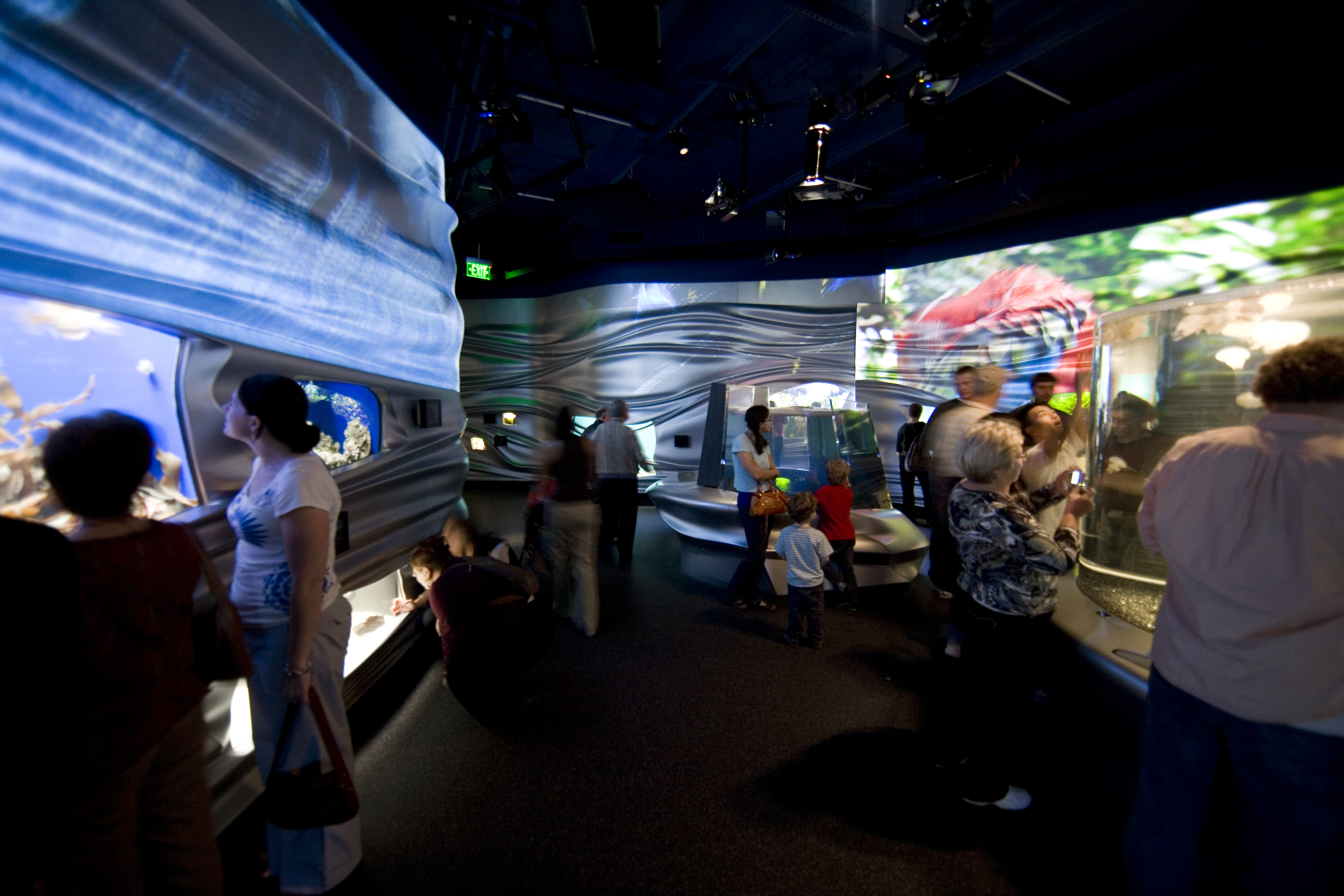 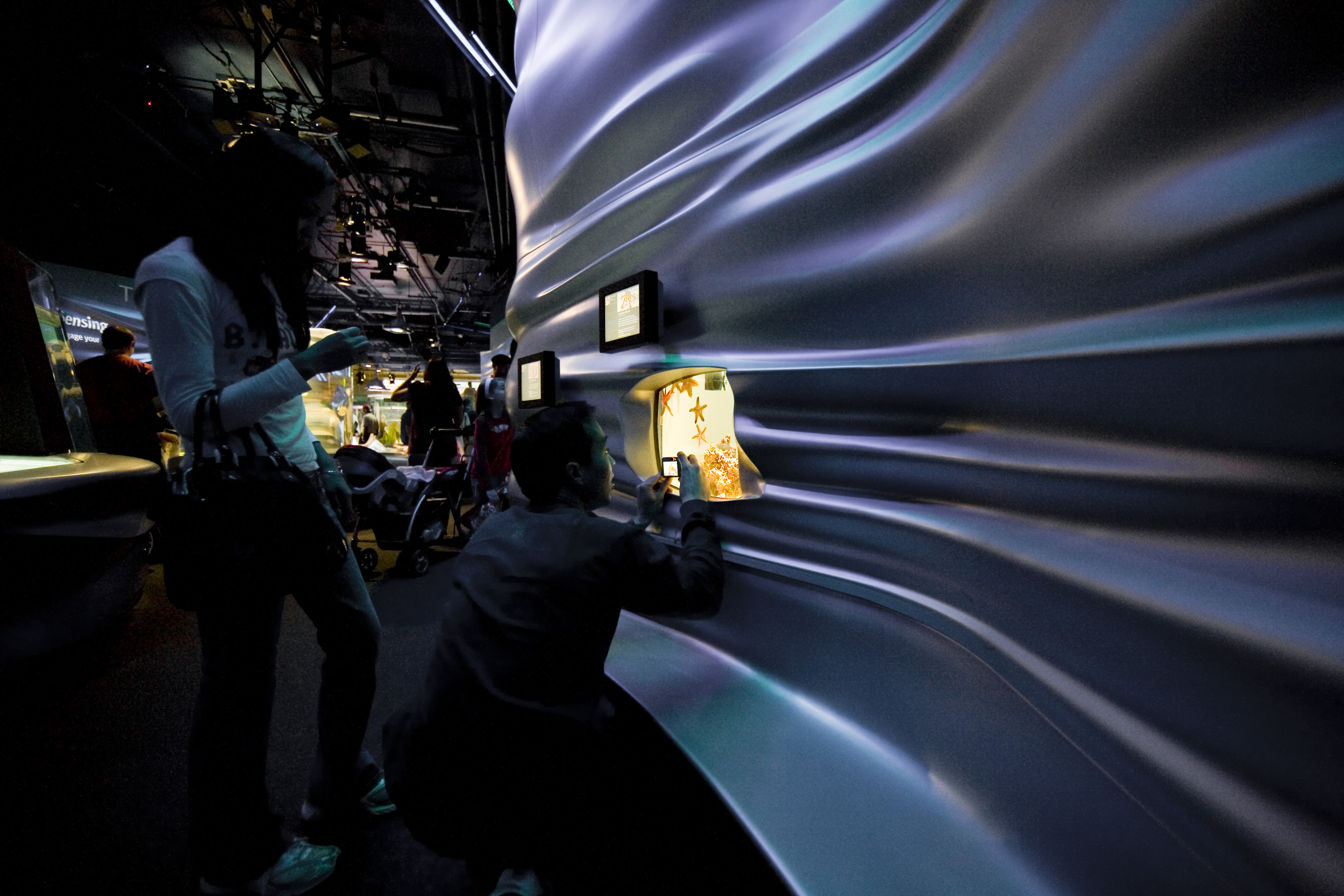 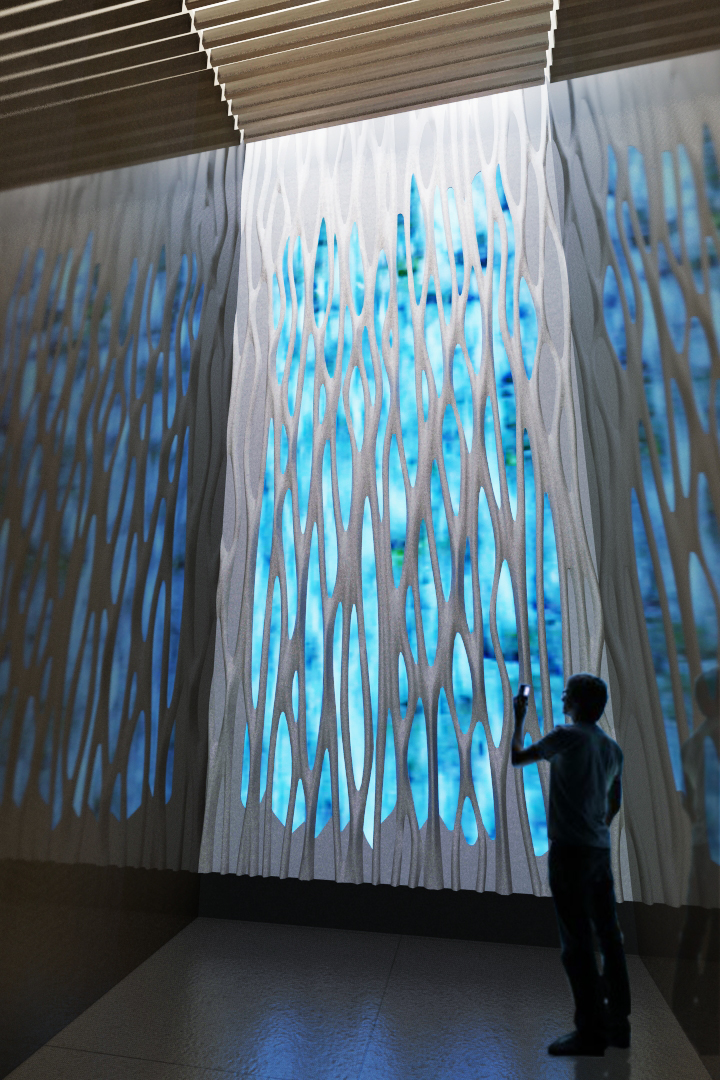 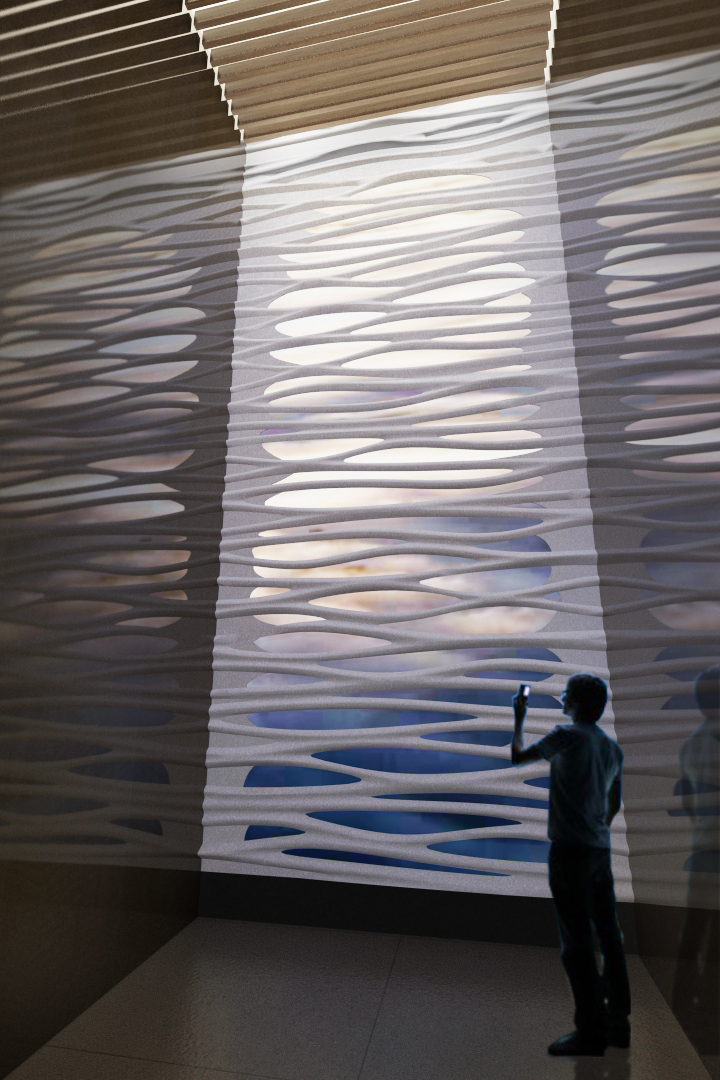 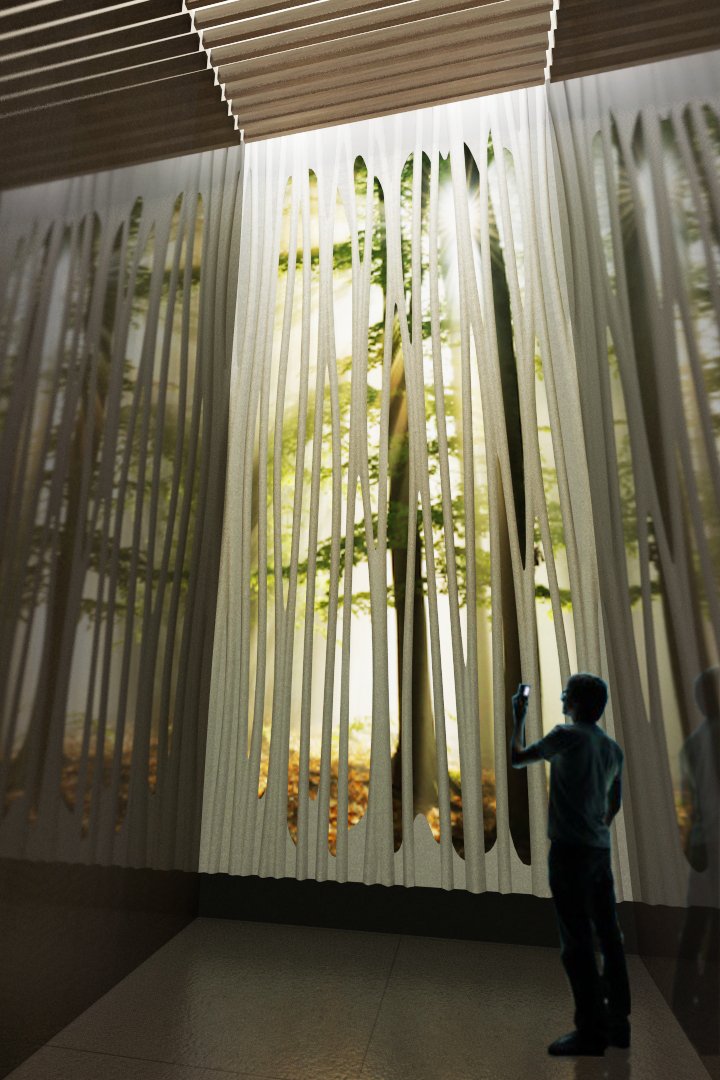 Cast in a negative light in Nathaniel Kahn’s film, “My Architect,” Philadelphia city planner Ed Bacon would be pleased...