The French architecture firm Rmdm recently completed its first social housing project in the City of Paris, establishing a unique building envelope on an enclosed urban block undergoing radical transformation.  Its client was the SIEMP Realty mixed economy of the City of Paris, which builds, rehabilitates, renovates and manage housing there.  A+A recently interviewed the firm via email regarding the project:

Who are the clients? Background?

The construction is a social housing for the SIEMP. It was developed in a marked green approach with a controlled budget.

Where is the project located?

The Project is located in Paris in the 18th district, 5/9 IMPASSE DUPUY.

The Impasse Dupuy is a small street less than 4 meters wide that opens onto rue Philippe de Girard.

What is the context?

The project is created in a context of urbanity renewal led by the City of Paris.

Its particularity lies in both the division of the land into two lots and the size of these lots (small at less than 250m² each).

Within this very dense fabric, we have sought to enlarge the area.

This new construction consists of two buildings with five apartments each, for those on lower incomes.

Intent of the design?

Designed in a U-shape around patios and freeing up a green space along the edge of the street, each plot offers largely glazed double-oriented apartments that open onto the outside, to get maximum benefit from natural light. The living rooms overlook the public spaces and contribute to the vitality of urban life.

The façade is made in Alucobond,  a coated aluminum cassette panel cladding in three shades from grey to white.

Plain panels on the standard sections alternate with perforated panels on the railings and the hinged shutters animate the façade according to the degree of opening, whilst also providing protection from the summer sun and maintaining the residents’ privacy.

Challenges of the design?

The low-pitched roof is equipped with thermal solar panels that provide some of the hot water production.

The building is insulated from the outside and the heating is provided by a gas condensing shared boiler. All of the apartments are fitted with Type B hydro-adjustable mechanical ventilation systems. 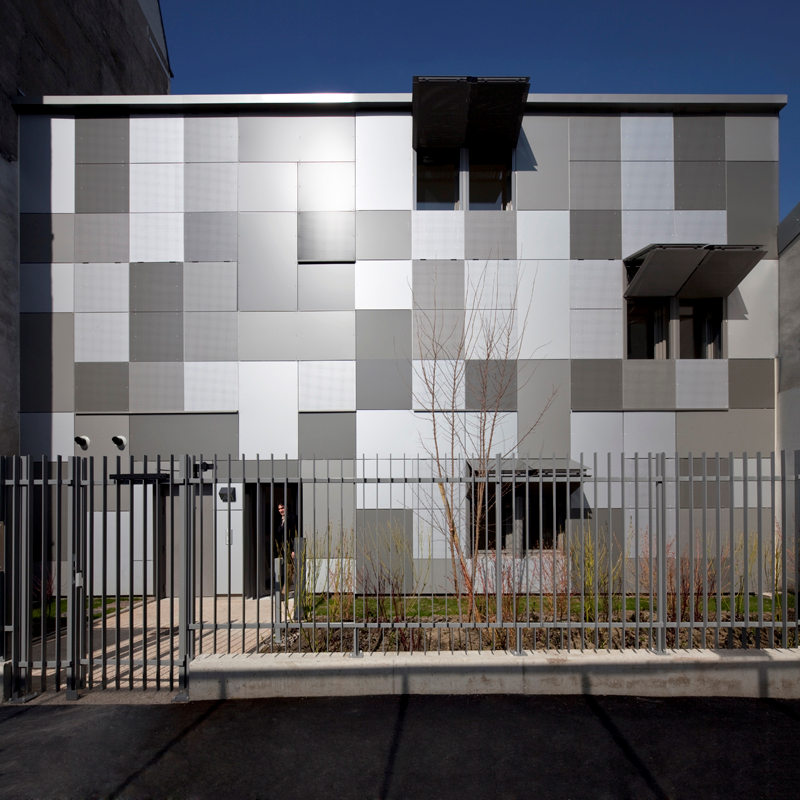 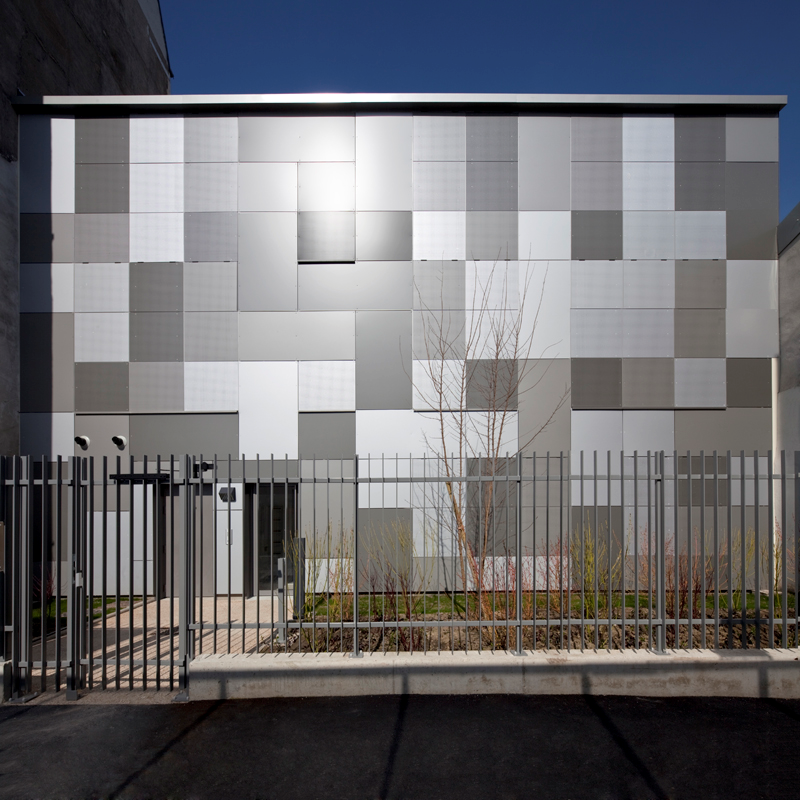 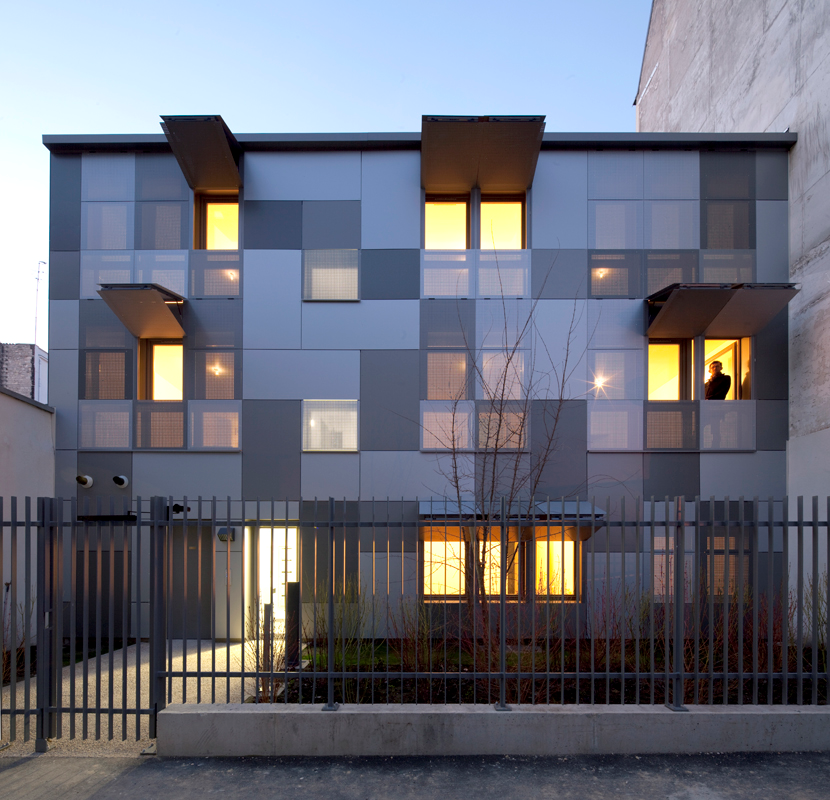 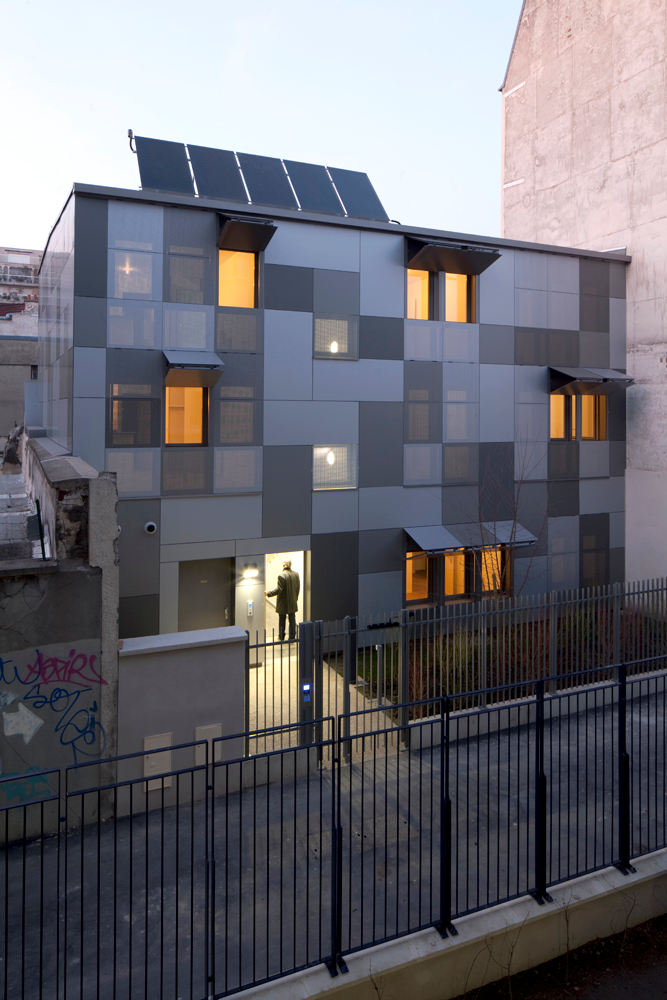 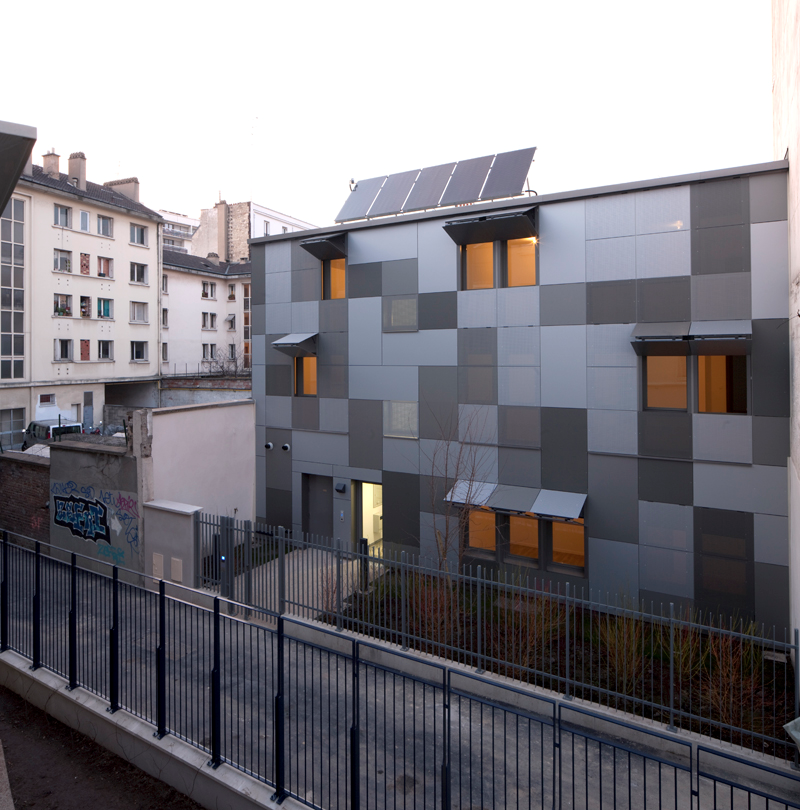 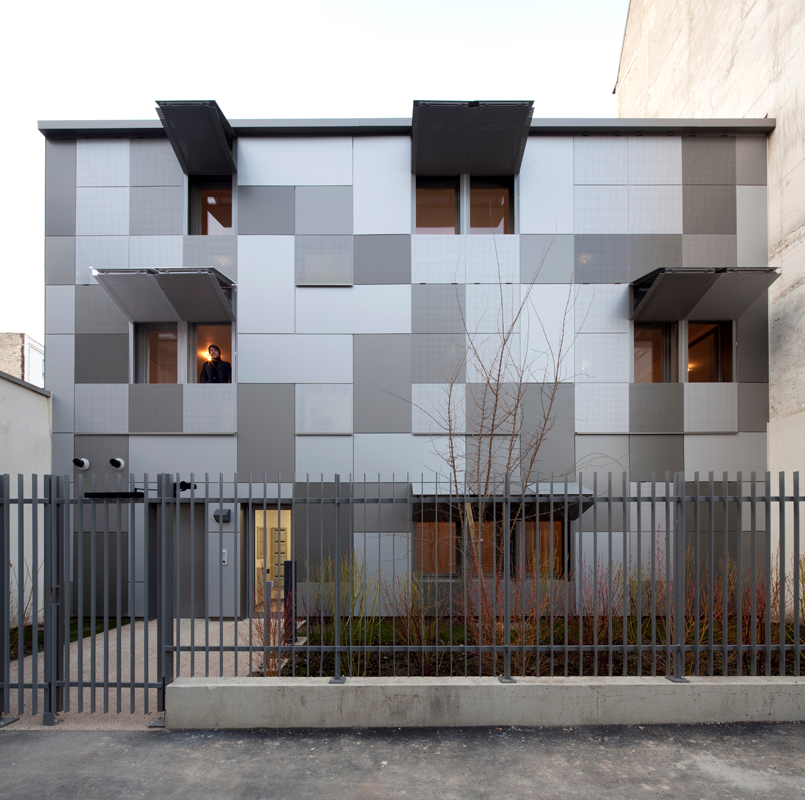 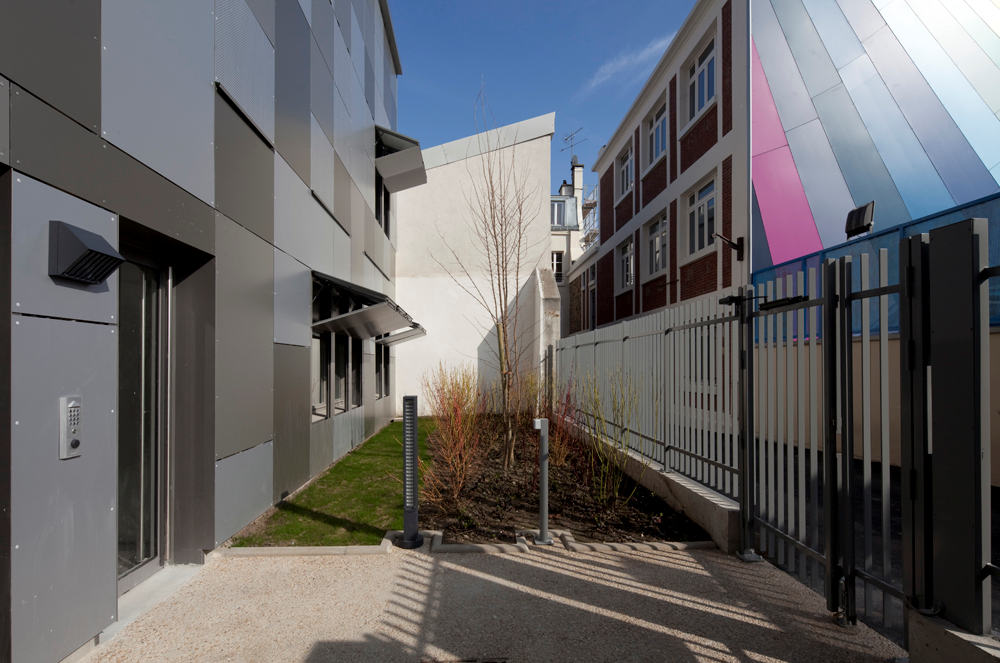 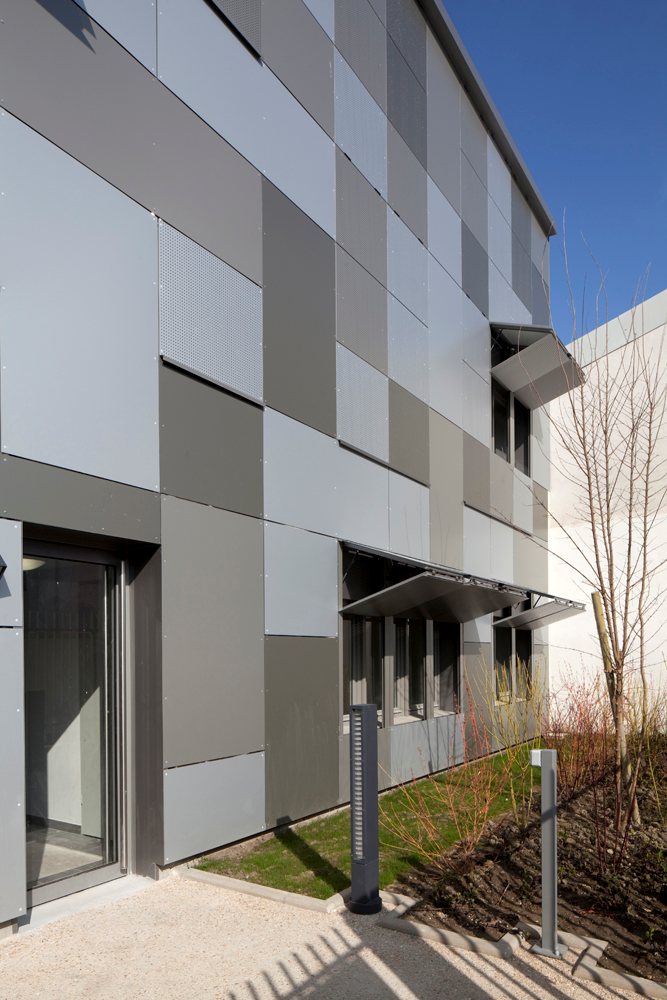 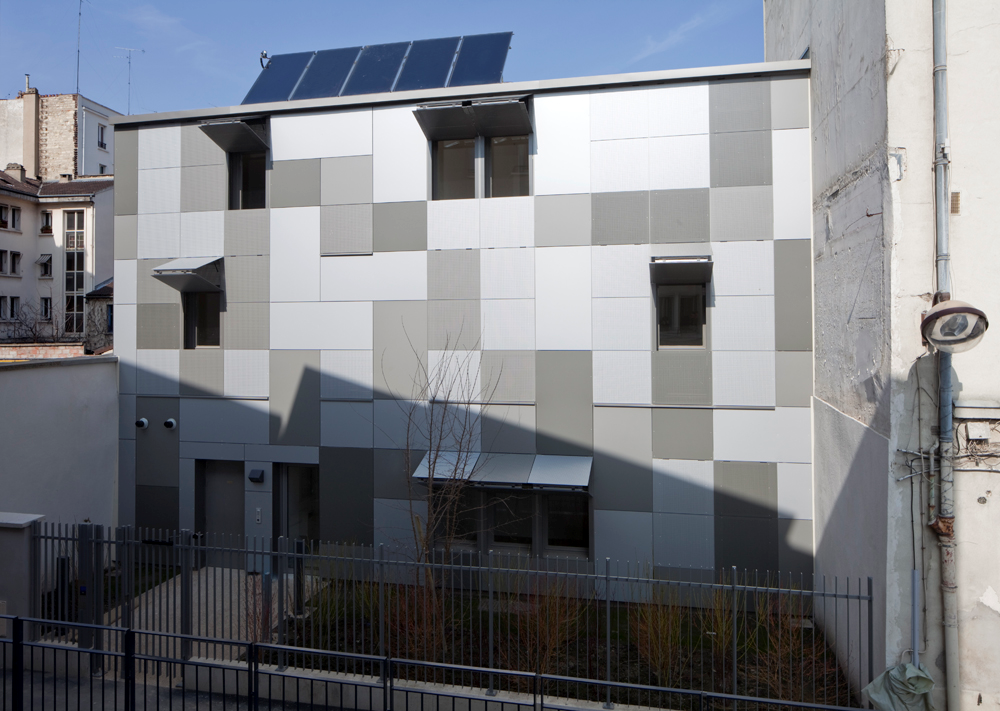 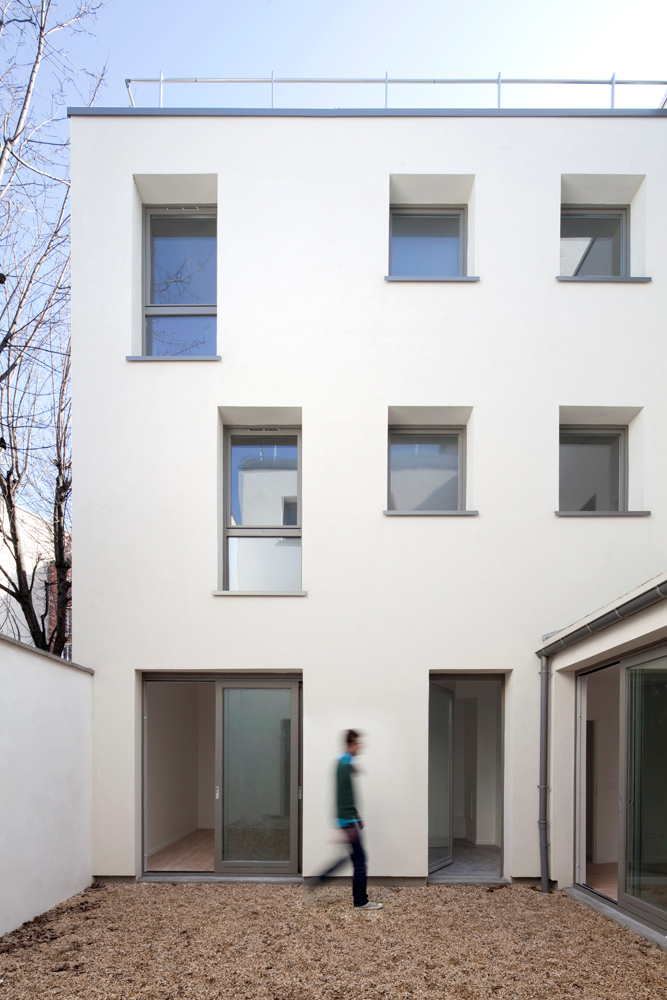 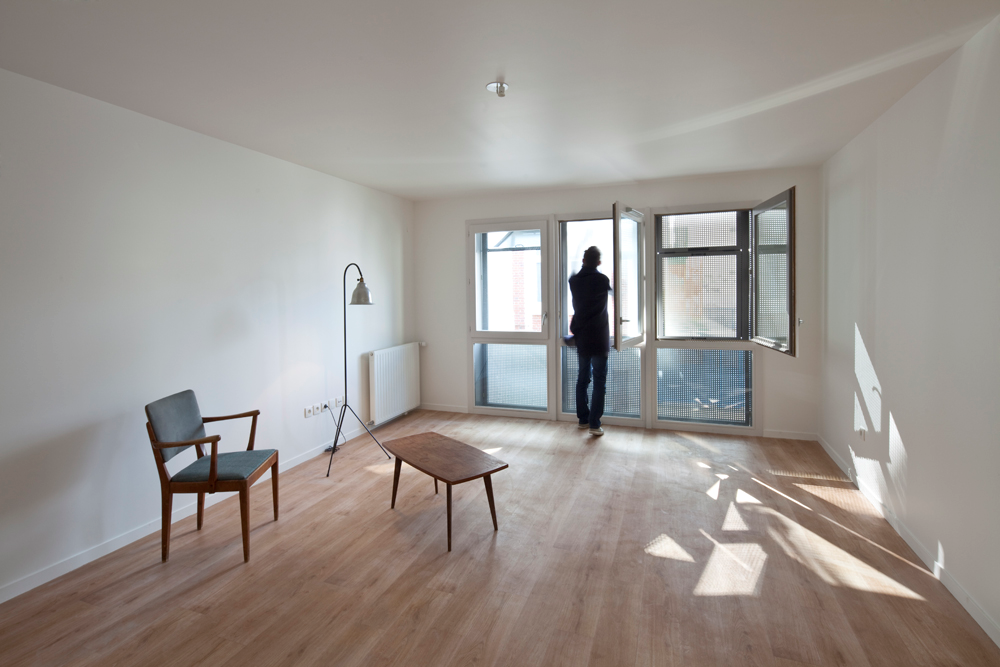 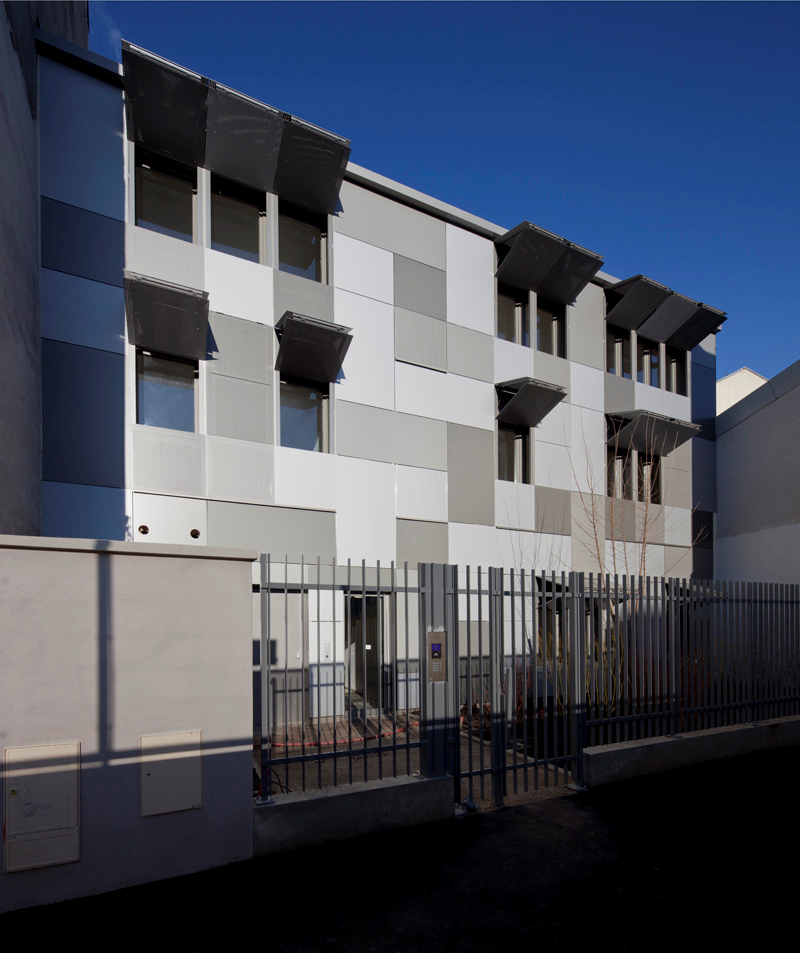 More Is More in the Pearl River Delta

Architect Matthew Hufft and industrial designer Clayton Vogel say their handmade furniture is inspired by the moderns – by Mies...