But Jeanne Gang and her Studio Gang place equal amounts of thought on the tiniest of projects too.

Like the Polis Station on Chicago’s West Side. “It started out as a research program – a different kind of conversation between the police and community members,” she says. “It was was not anything to do with space – but with ideas.”

Those ideas were community generated, in reasoned conversations. And the result was interaction-driven, in a new and positive way. “It’s a small step – a half-court for basketball right at the police station parking lot,” she says. “But now it’s evolving – we did it a year ago, and now they want to expand it. The police officers want to add a little park area.”

A recent conversation between Gang and Chicago social activist Jane Saks has now resulted in a 3-D re-imagining of author Studs Terkel’s seminal 1974 book, “Work.” “I was talking to Jane about the project and said: ‘That’s right up my alley,'” she says.

Gang and members of her studio have designed a library exhibition for Saks’ “Working in America,” featuring photographs and stories of 24 Americans, 40 years after the publication of Terkel’s book. It’s on display now in the Chicago Public Library’s Harold Washington Library Center – and it’s designed to travel to libraries across the nation.

“They’re very large photographs of individuals in their workspace – it really draws you in, because the photography is stunning,” she says. “There’s a library shelf for books related to work or labor – and that brings reading and history into the exhibit.”

The displays are designed also for a desk element to be inserted, so viewers can actually sit down and get engaged with the story of the people and their photographs. Each birch-wood display folds up for flexible transit – with soft leather handles that won’t bruise a librarian’s hand when it’s unfolded.

It’s that kind of thoughtful work, driven by clients, users and viewers alike, that sets Studio Gang’s architecture apart from all others, even in a library exhibition on the nature of labor.

“I’m interested also in how work has changed today – with people working anywhere and all the time,” she says. “It’s so strong to put that in a library, where people are going to search for work today – we thought that would be very impactful.”

That, combined with photography by Pulitzer Prize-winner Lynsey Addario, makes this exhibition a coast-to-coast labor of love. 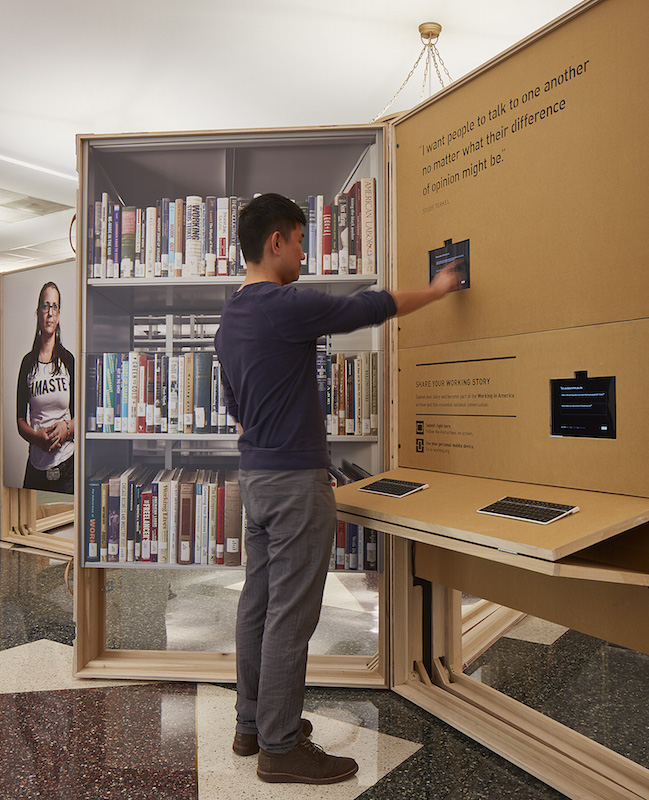 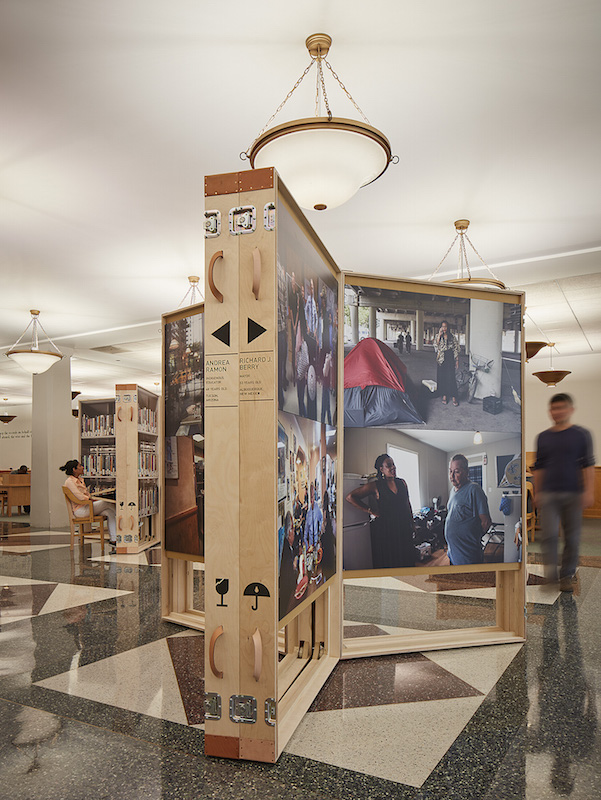 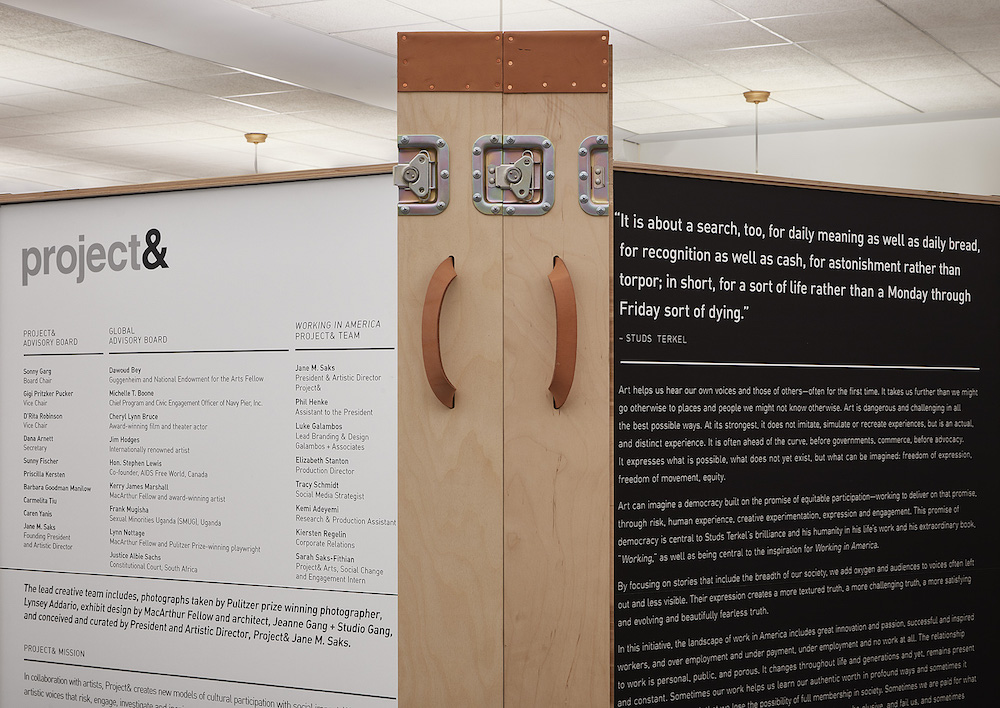 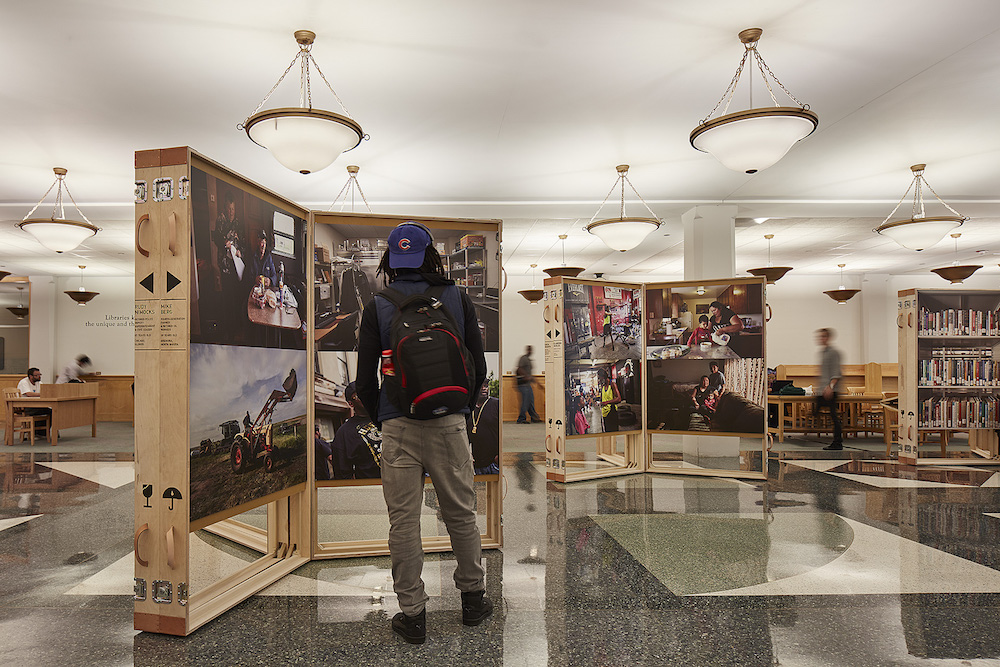 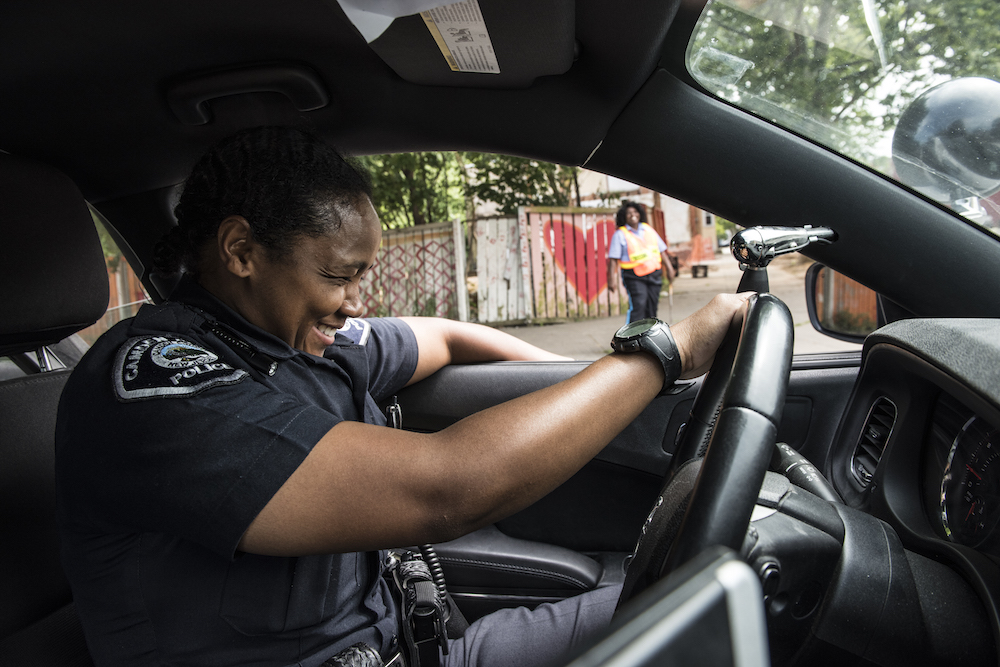 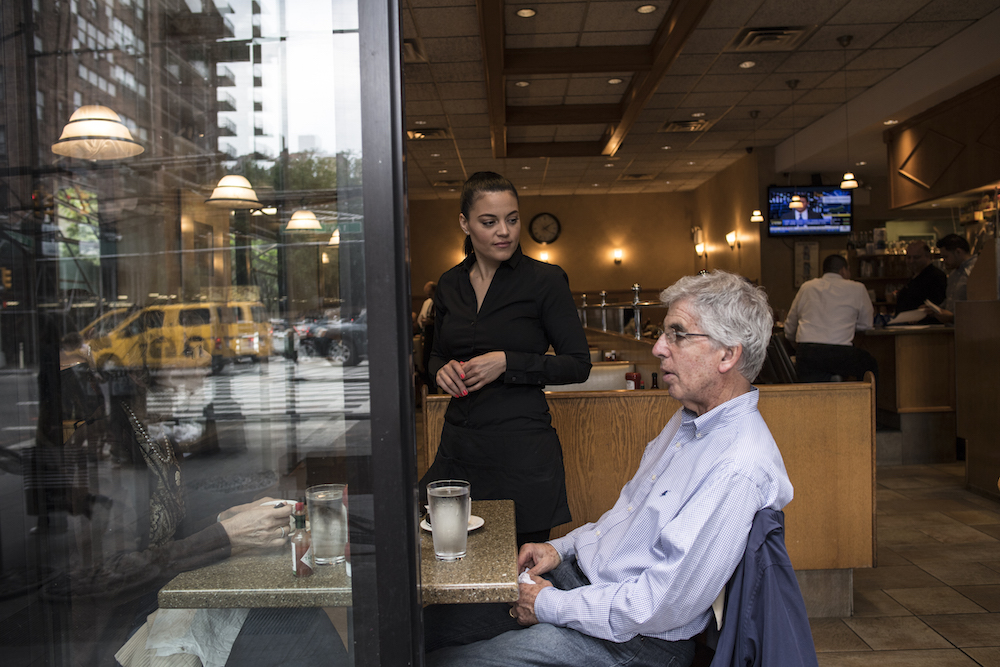 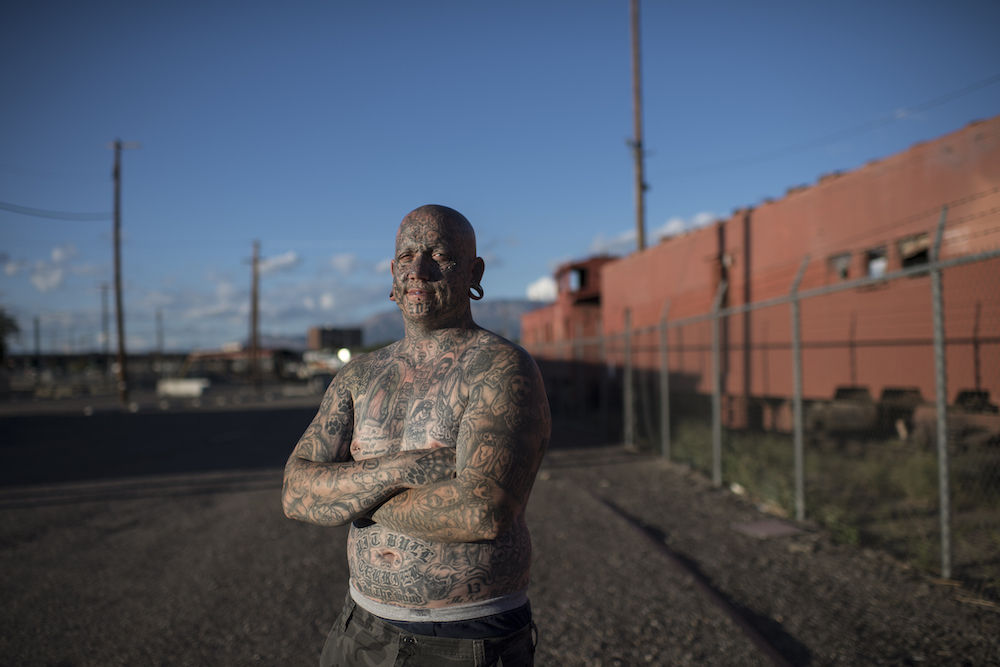 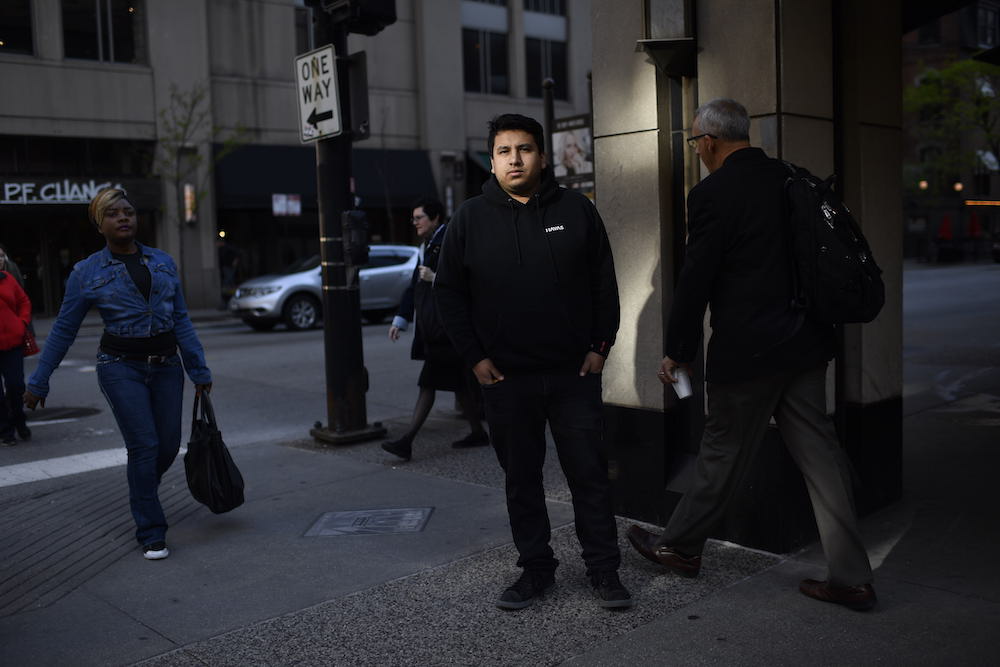 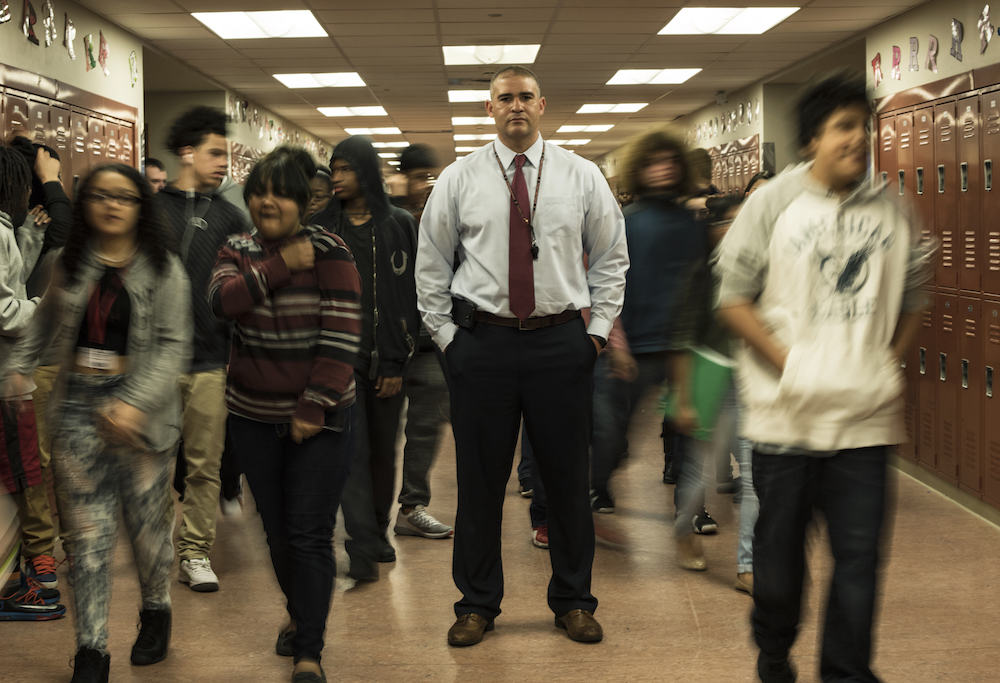 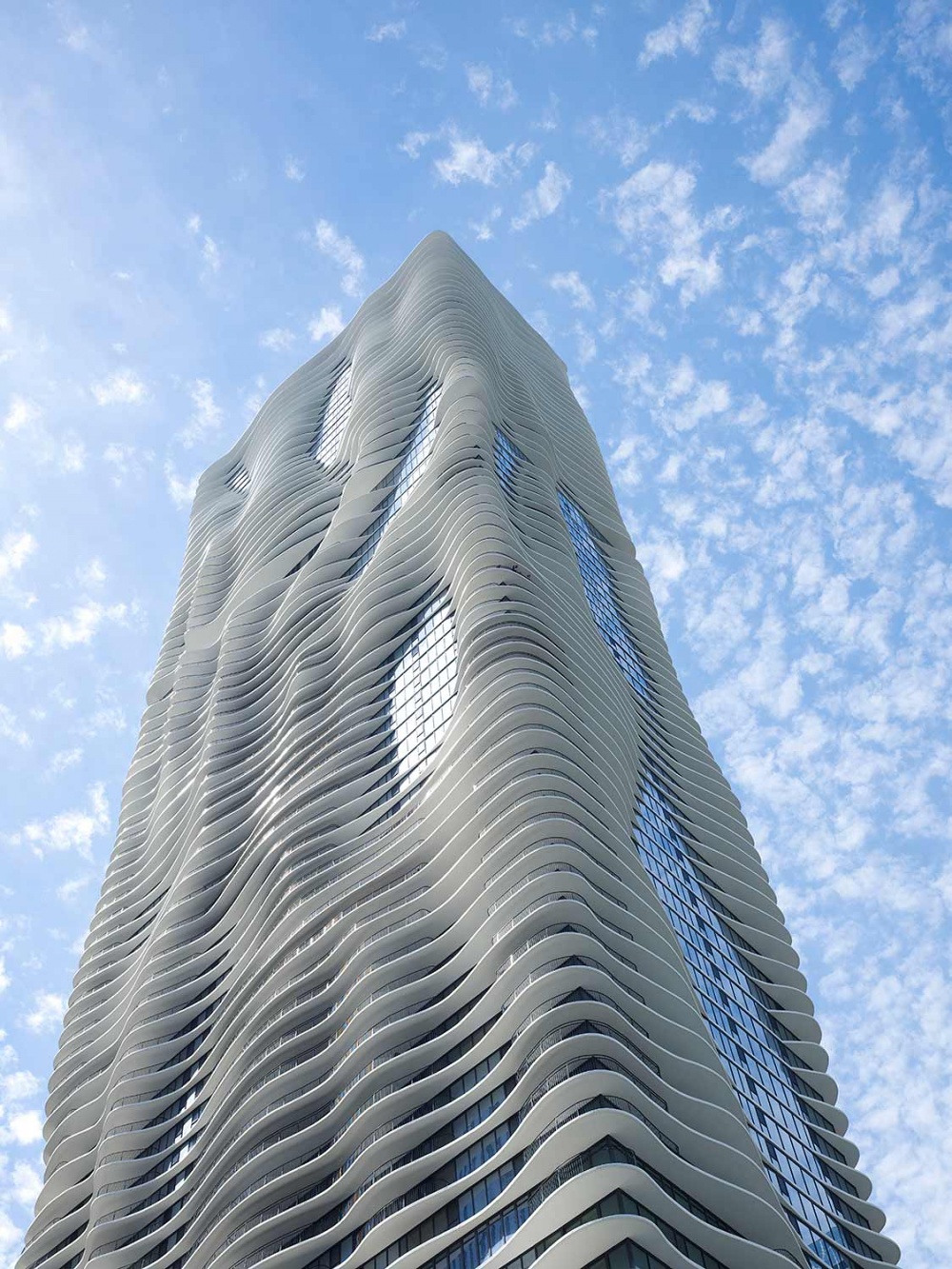 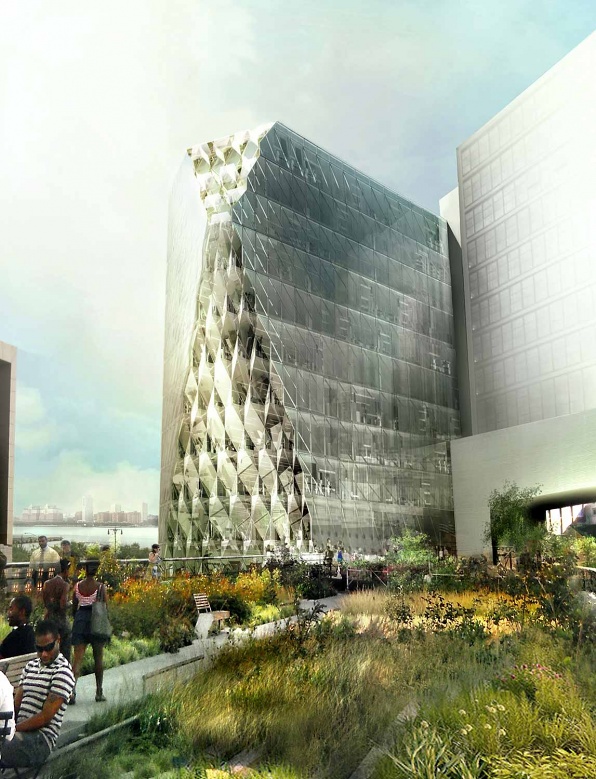 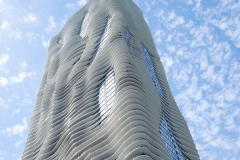 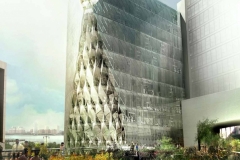 An Eichler Updated for the 21st Century

It's been 40 years since Studs Terkel published "Working," his book packed full of 150 people talking about what they do all day and why they...